So, a challenging photography assignment – this was the target I set myself back in September when I wrote the piece below. The website software (WordPress) is doing its best to prevent me from creating the look I want, so lots more frustration in prospect there. The verandah job however starts today.

It’s not going to be an easy one. Jean is a close friend and a sometimes delightfully, sometimes frustratingly eccentric one. I also have to co-ordinate our builder friend Neville and a digger driver to get the ground work done, so the job has a much higher than average potential for “mission creep”.  This was the site this morning: 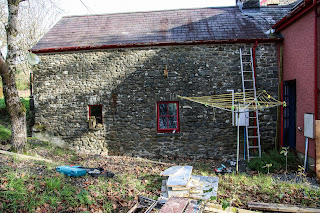 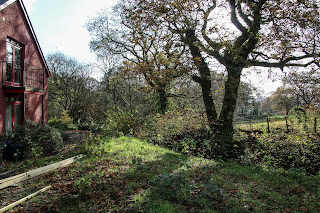 My first task is to screw 2×2 battens to the wall, fill the gaps with wool insulation (Jean is very keen on natural materials) then a waterproof breathable membrane and then clad with hardwood planks that Jean and her (sadly now dead) husband John had milled and stored in their barn. The timber is well air-dried now, but all different sizes.

The days are drifting by.  No sooner have I brushed my teeth in the morning than I’m doing it again in the evening.

At the point where I got back from Iceland the project that had driven me for the last 6 months ended abruptly. For all that time I had been intensely focussed on the trip and all that went with it. Suddenly my focus was blurred, and darkened by a sense of failure – that I had not achieved as much as I had hoped. I was more than ever determined to become a better wildlife photographer, but July is the off season for warm blooded creatures – they’ve mostly done their breeding for the year and can take a bit of time off. The only immediate goal I had was to get the van running properly. What would happen after that was a confused jumble of intentions – writing? More van conversion? Gardening?

Through July and August with the summer slipping away, the van was in and out of the garage with a mounting tally of failings. I felt that simply knowing the final total would be a relief. In a way it was though worry about the cost gave way to a feeling of shame that I had disregarded all the signs that the van had been hammered by the previous owner. It was dirty, the door seals were frayed, everything worn and battered, but by then, in February, I was up against the clock. If I was to do the conversion in time I needed a van!

I was angry too – that the garage we had been with for 18 years had led us into a dreadful spiral of cost and delay. Angry, ashamed and too often tense, what I needed was a sense of purpose.

Now, I think I have found it. My Iceland trip had shown that I could write a successful blog: I still hate the word – an ugly portfolio of web and log – but it is a term almost everyone knows and understands, so it will have to stay. I also discovered that the commitment to updating a blog is a powerful incentive to completing a project. From being a vague “thing I would like to do” it becomes a fixed goal with failure not an option. There are lots of things I would like to achieve in the few years of physical fitness which remain, but “becoming a better wildlife photographer” is much too vague. How would I measure this? What would tell the small world of those who read what I write, that I had proved to my harshest critic – myself – that I had succeeded? A quick scan of proposals for inclusion in my bucket list, and the answer is obvious: Which of the great charismatic creatures would be the most rewarding to catch in mega bites, which the most prized target to “shoot”? No contest; it has to be an eagle. Which of the two eagles in Britain, Golden or White-tailed? Both of course.

Even for the BBC with all its resources this is a tough one. Eagles have huge territories and where nests are known to the conservation organisations they are kept secret. I would either have to locate a nesting territory unknown to the conservationists, or  prove my so far non-existent credentials by volunteering, or pay someone local to help me.

All these cost money, and my base income – what comes in each month without earning – would not cover it. I would have to find ways of raising money, but that too could be an ingredient for the blog.

There would also be some hefty physical challenges. You don’t see Eagles by the roadside, and now that the last remaining Hawswater eagle has died that means I would need to spend time in Scotland and be ready to carry a heavy pack over many miles of rough ground. Scotland in May can be cold and that means a constant struggle to keep my hands warm. All this would be grist to the bloggers mill.

My one regret about my Iceland blog was that I didn’t have a card with a web address to hand out to people I met on route. I can easily design a card, but it should be linked, not just to the blog, but to a website from which I could sell things to raise money. Isn’t it getting nicely complicated? Let’s get some order into it: a to-do list:

Get some help with a website. I plan to offer prints and greetings cards from my pictures, but I’ve not made much progress yet with setting up a new website to do this. I really need to rope in Chris Robertson. Would he be OK about featuring in a blog?

Earn some money from woodwork: this means making real progress soon on Jean Slater’s verandah/conservatory. Will she be OK about being in a blog?

Start researching the trip. I will need to read books as well as search the web. More money needed, which leads to the next item:

Set up a budget. I can start with the one I did for my last trip to Scotland.