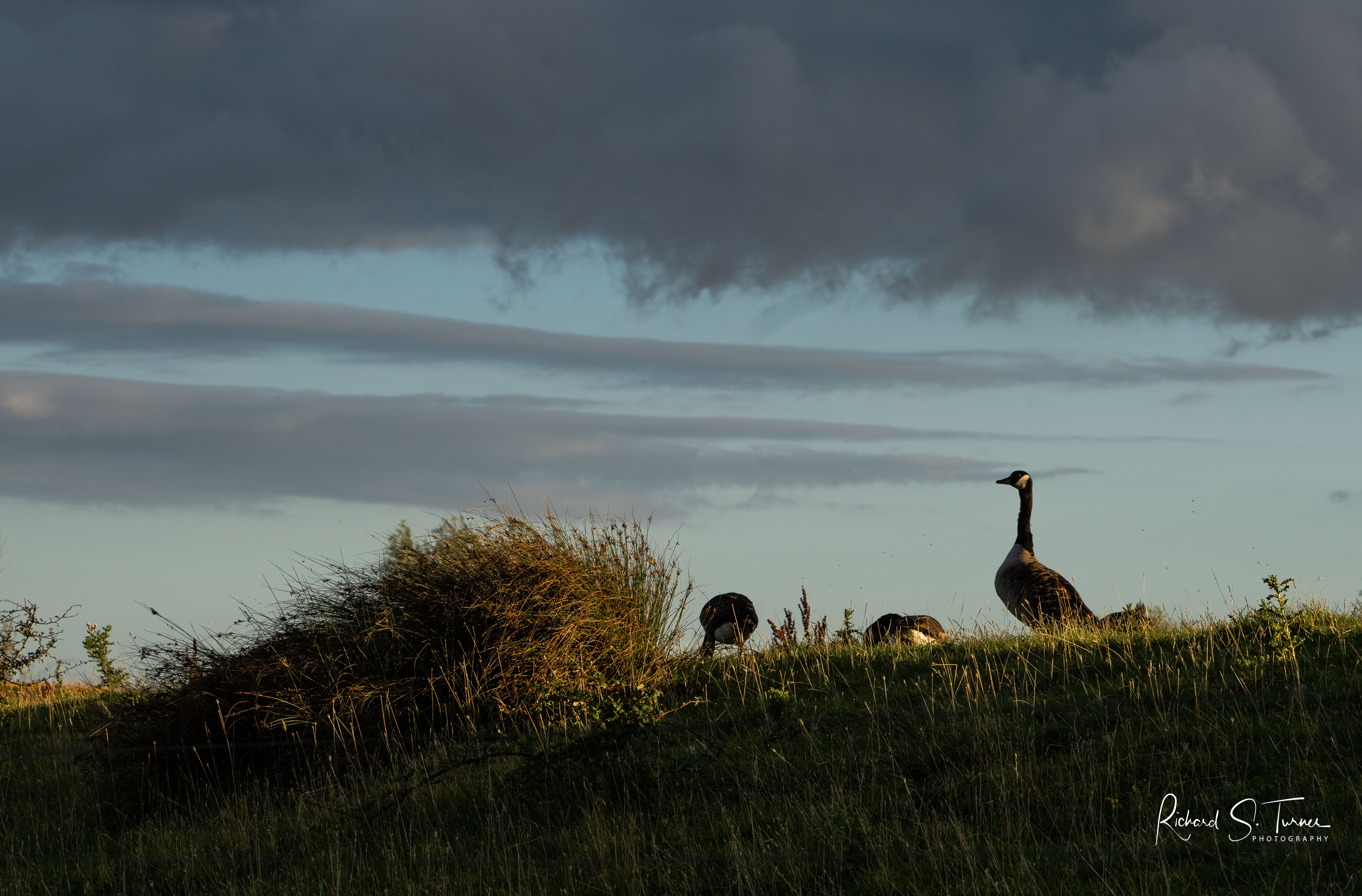 I have a nasty feeling that my love of camera technology and my love of nature are self-cancelling. Can we save the natural world without sacrificing our gadgets? I suspect not, but I also suspect that the full answer to that will not appear in my lifetime. In the mean time, I have a new camera to try out. When I decided to change from Canon to Sony, it was the sophistication of the Sony software which drove the move. (See this post: http://phototwynog.co.uk/why-i-changed-to-sony ) The first Sony interchangeable lens camera I bought was their market leader, a mid-price do-it-all, the A7iii, and with it I bought one of their best lenses the 100-400 GM (Gold Master – cheesy I know) This is a “downsize” from my previous Canon 400 f4 OS lens, but being a zoom is far more versatile. Sure enough it’s a great combination, but I was not entirely happy with the results at a distance, and had been reading up on the Sony 200-600 lens – heavier, lower quality but longer reach. From social media I learnt that stepping up to an A7Riv would give me all the benefits of 60 megapixels and still have high-speed bursts and top quality autofocus. The 60mpx should give me the ability to crop the image to the equivalent of 600mm and still have the detail. That was the theory.

This trip is to test that proposition and work out how best to operate the many control options. The trip takes in 6 reserves across South Wales, Gloucestershire and Somerset. It’s one I’ve done before, but never in high summer. I was expecting the bird count to be down, but to see wide expanses of wet grassland, home to thousands of birds in the winter, almost entirely deserted was a shock.

Here are some highlights:

A clear-sky sunset at Goldcliff lagoons in the Gwent levels near Newport is something special. The picture at the top shows a parent Canada Goose keeping a lookout while the almost-adult young are feeding in the gorgeous evening light.

These lagoons have hosted an exotic visitor this summer, a Glossy Ibis, nicknamed with clunking inevitability “Flossie”. I came within a whisker of a perfect shot here, the autofocus picking up on the wing rather than the body. 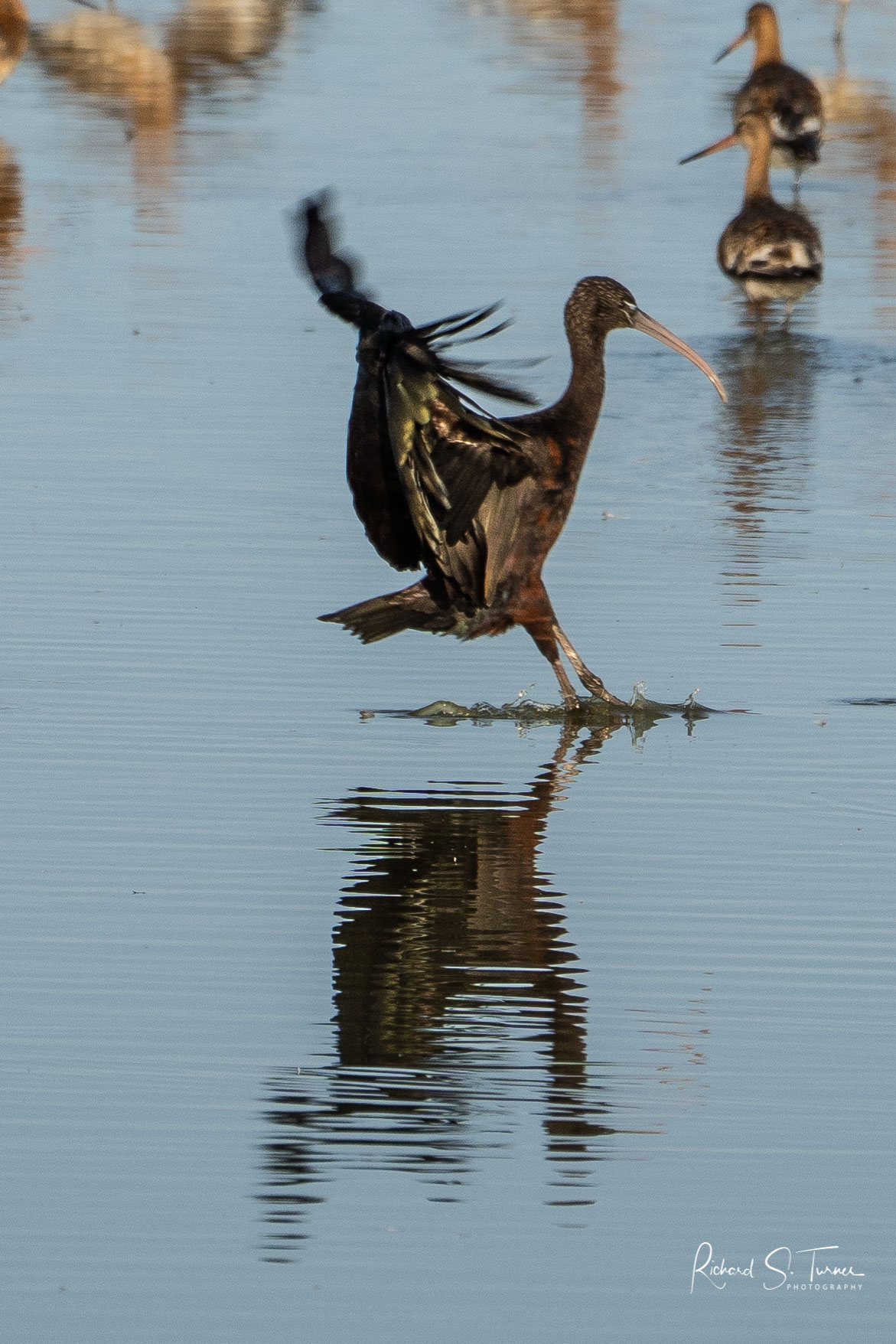 The next day I was at Slimbridge in Gloucestershire, home to the Wildlife and Wetlands Trust and now a huge operation capable of handling hundreds of visitors at a time. When I arrived at 11:30 there was a long, spaced out queue. Time for some picture editing and lunch in the van. When I got to the gate the queue had vanished. 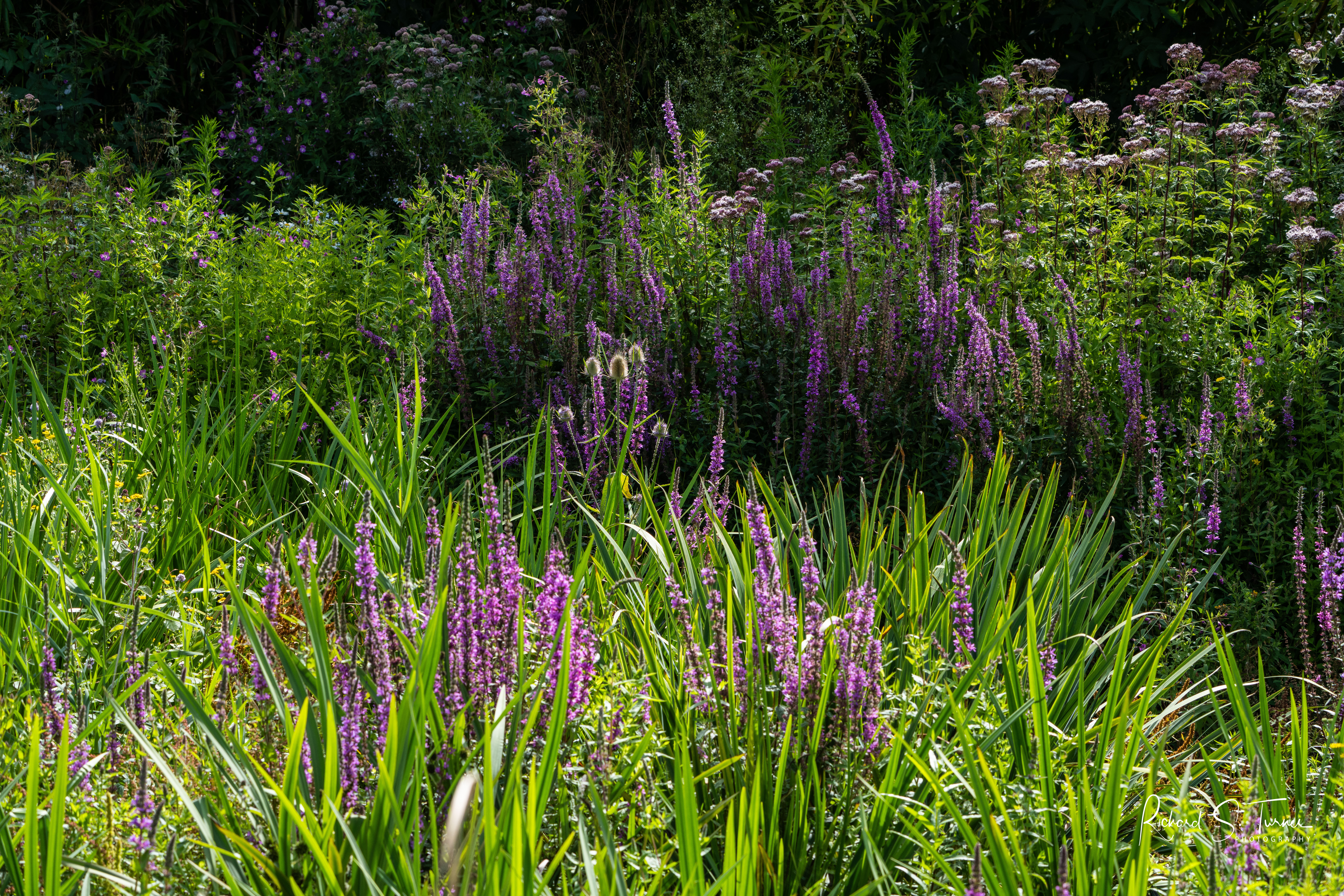 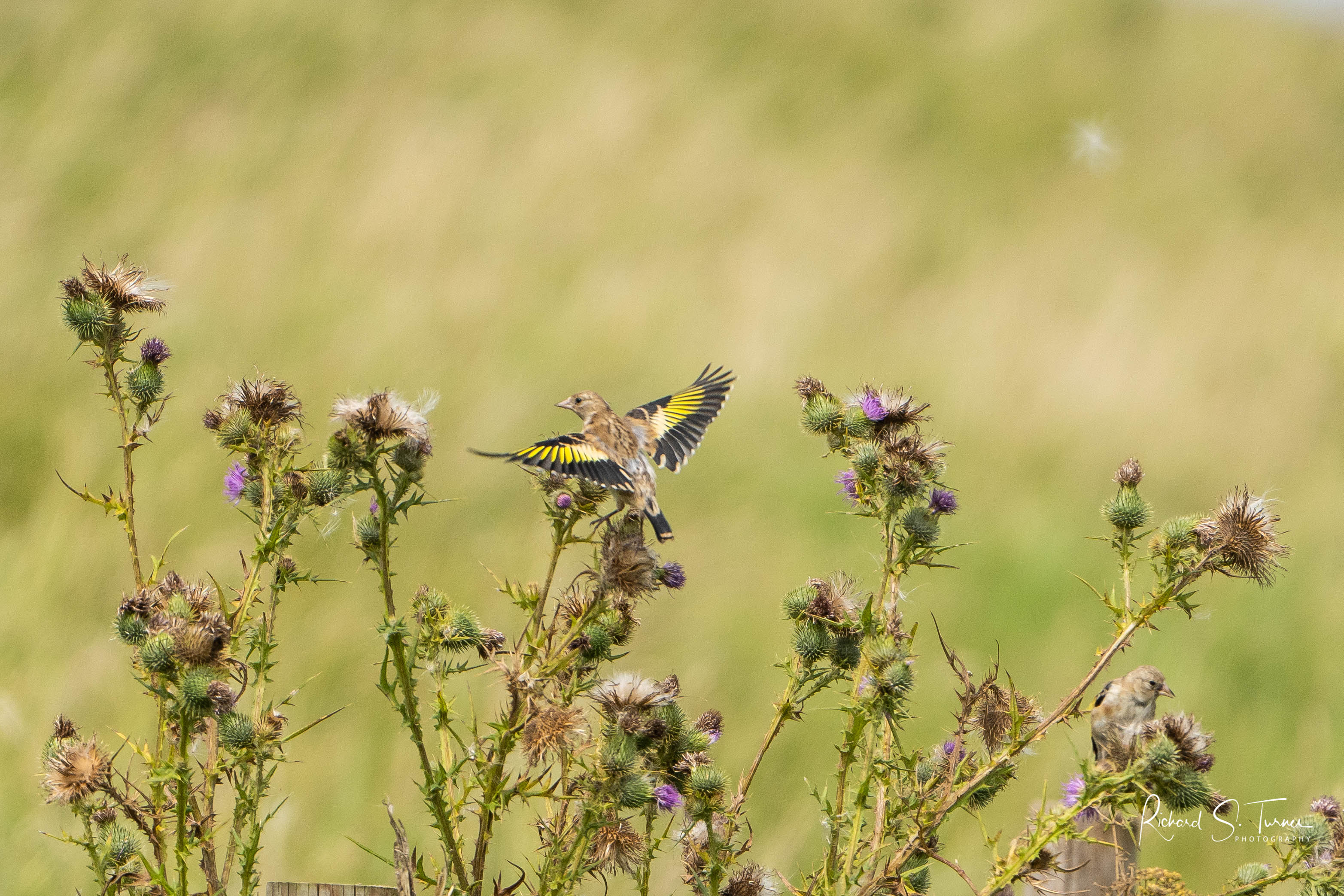 The exuberant jungle of flowers and bushes was a great consolation for the lack of birds here, and the goldfinches loved all the thistledown. In the midst of an expanse of drying mud, a few pools and lots of grass, this Lapwing had found a little bunker to nest in, and nearby was a solitary Greenshank. 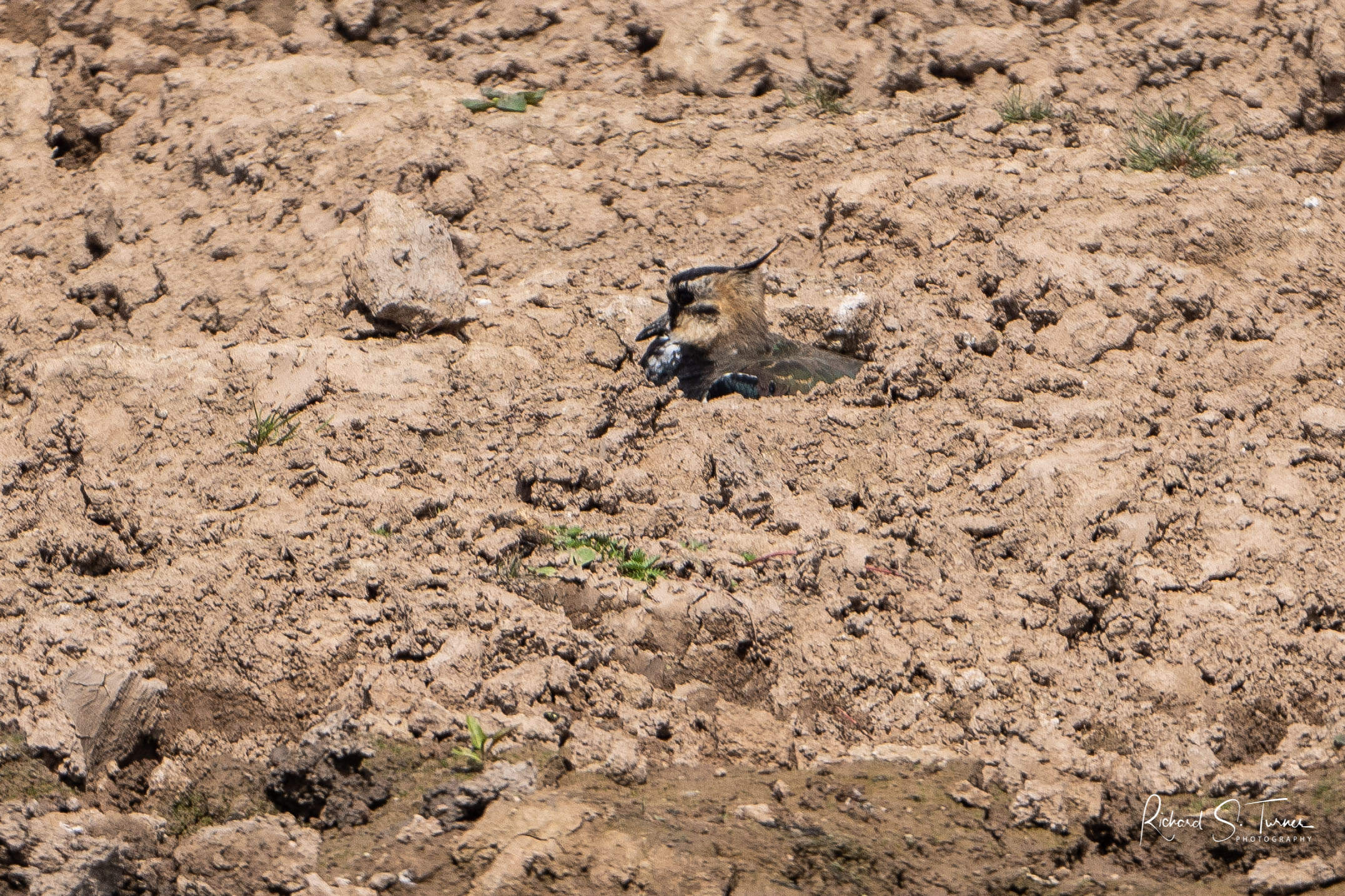 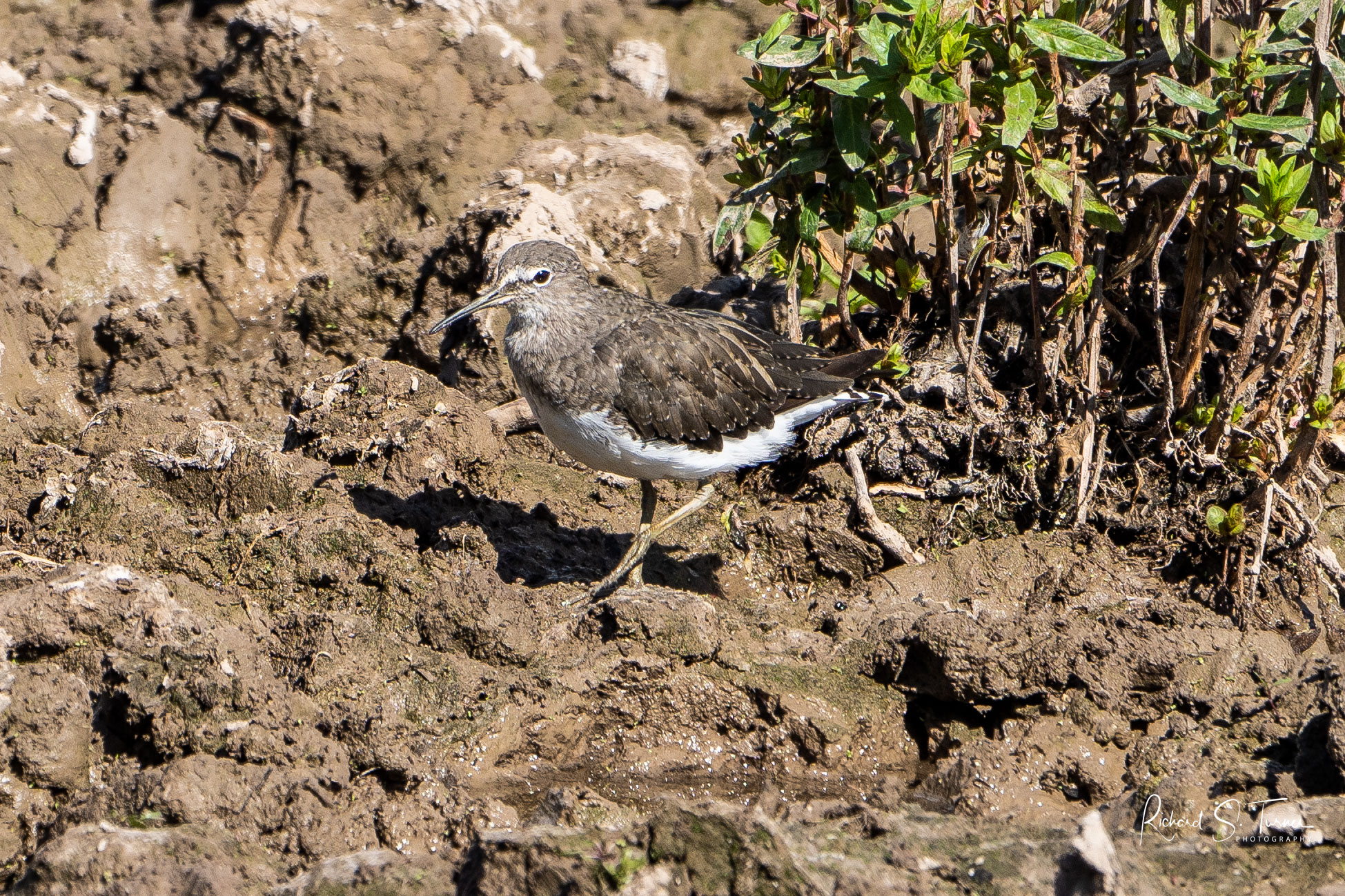 The most spectacular resident here, the re-introduced Cranes, were still around and gave me a chance to check on the long-distance abilities of my camera and lens. The first picture is magnified about 8 times by the lens, and uses the full 60mpx. The second is cropped to 1mpx and still shows good detail. 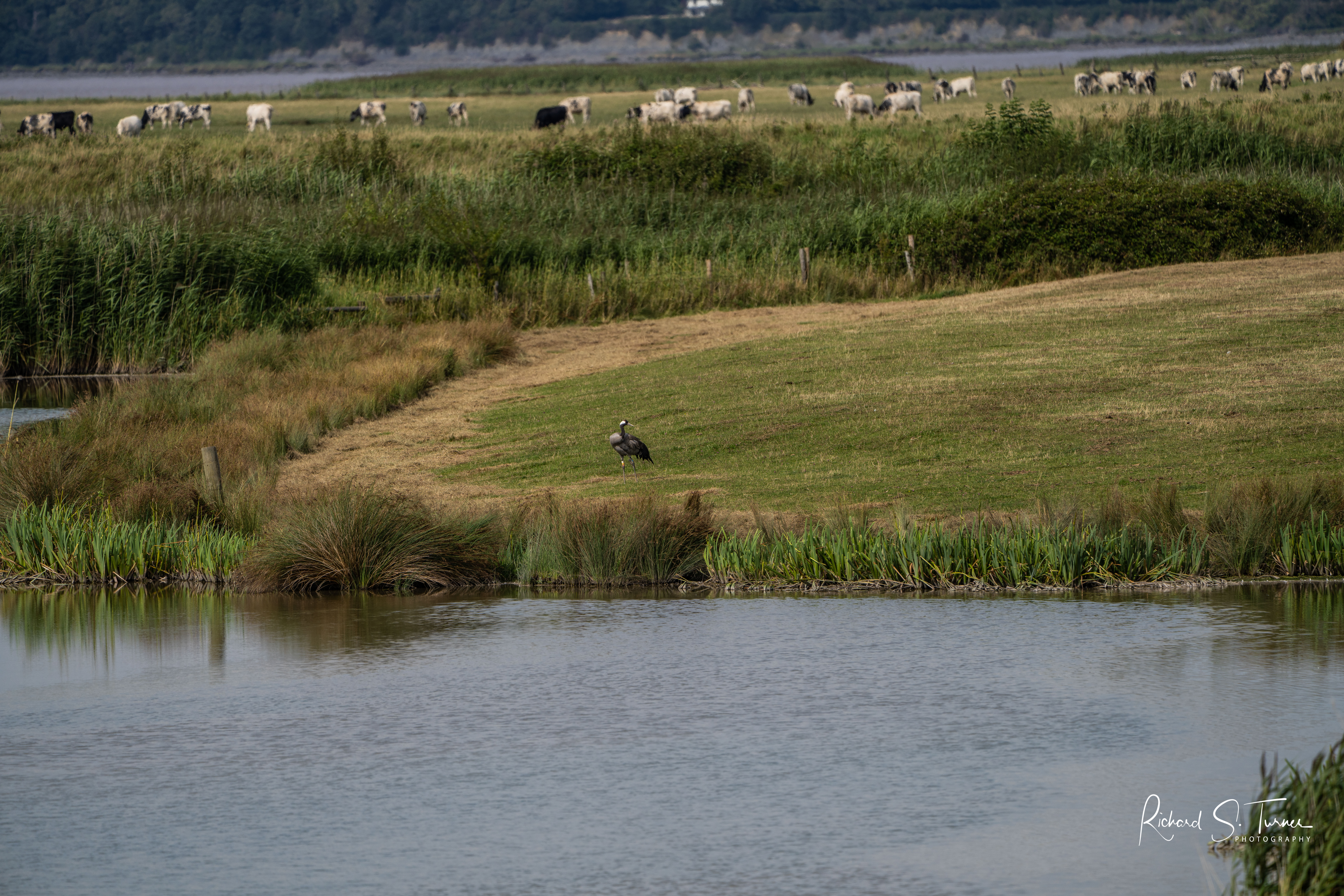 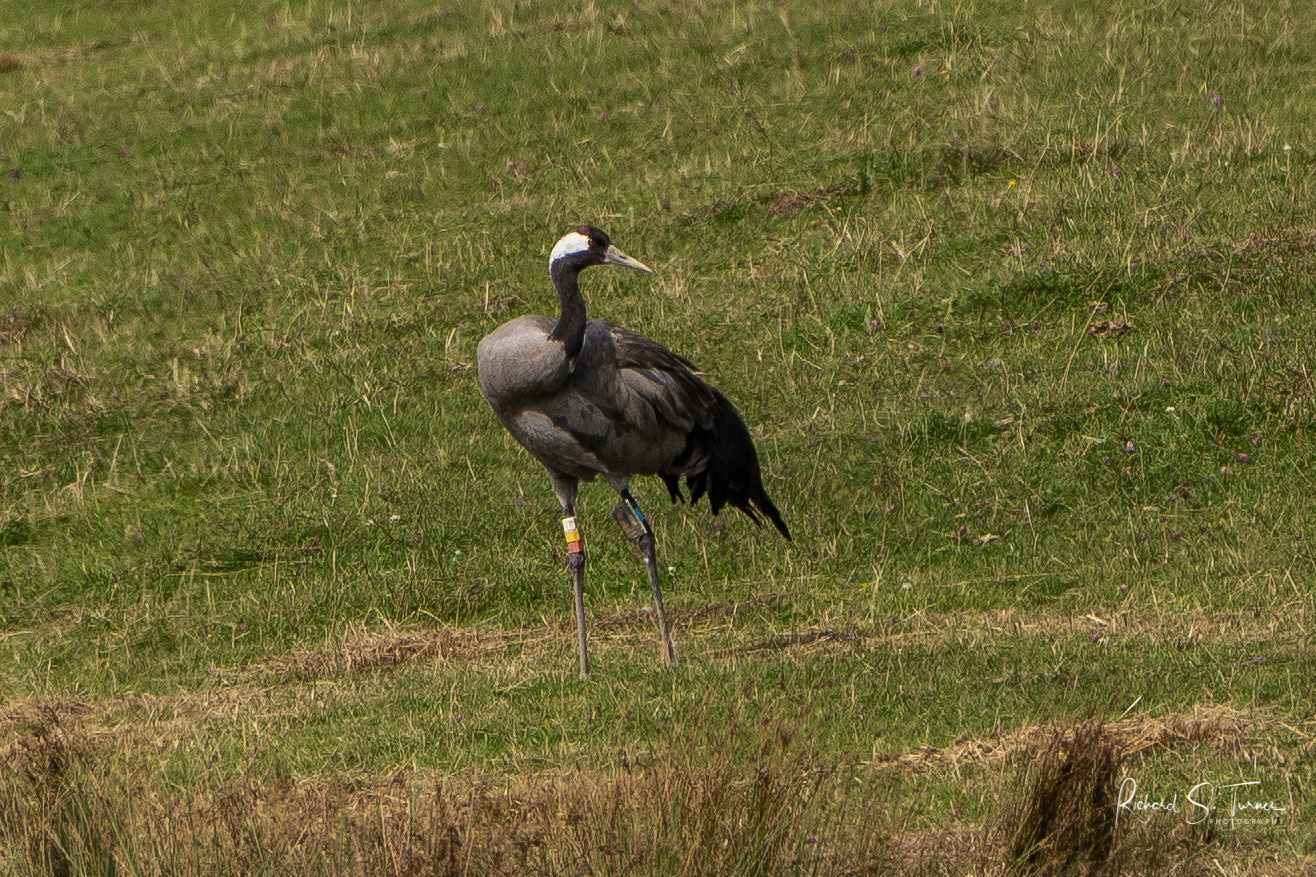 Here they are circling above us – a glorious sight. 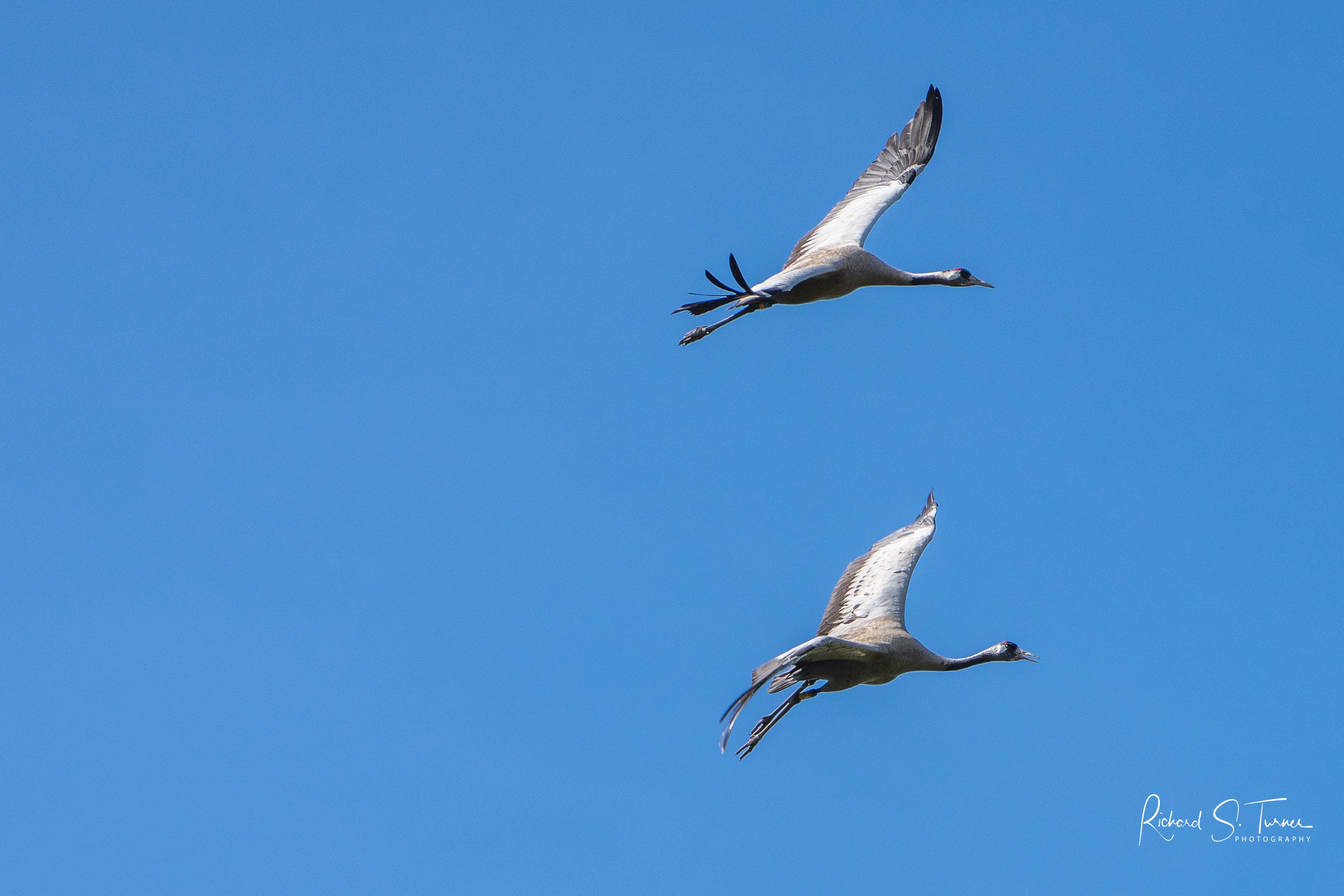 The next day I headed down the M5 to the Somerset Levels and two spectacular areas of wetland – Ham Wall and Shapwick Heath. Sadly, not only were most of the birds in hiding or somewhere else, but none of the hides were open. However, in the early morning, not only did I have the place to myself, but could enjoy the sun rising, watch a Great White Egret fishing, and a Mute Swan posing. 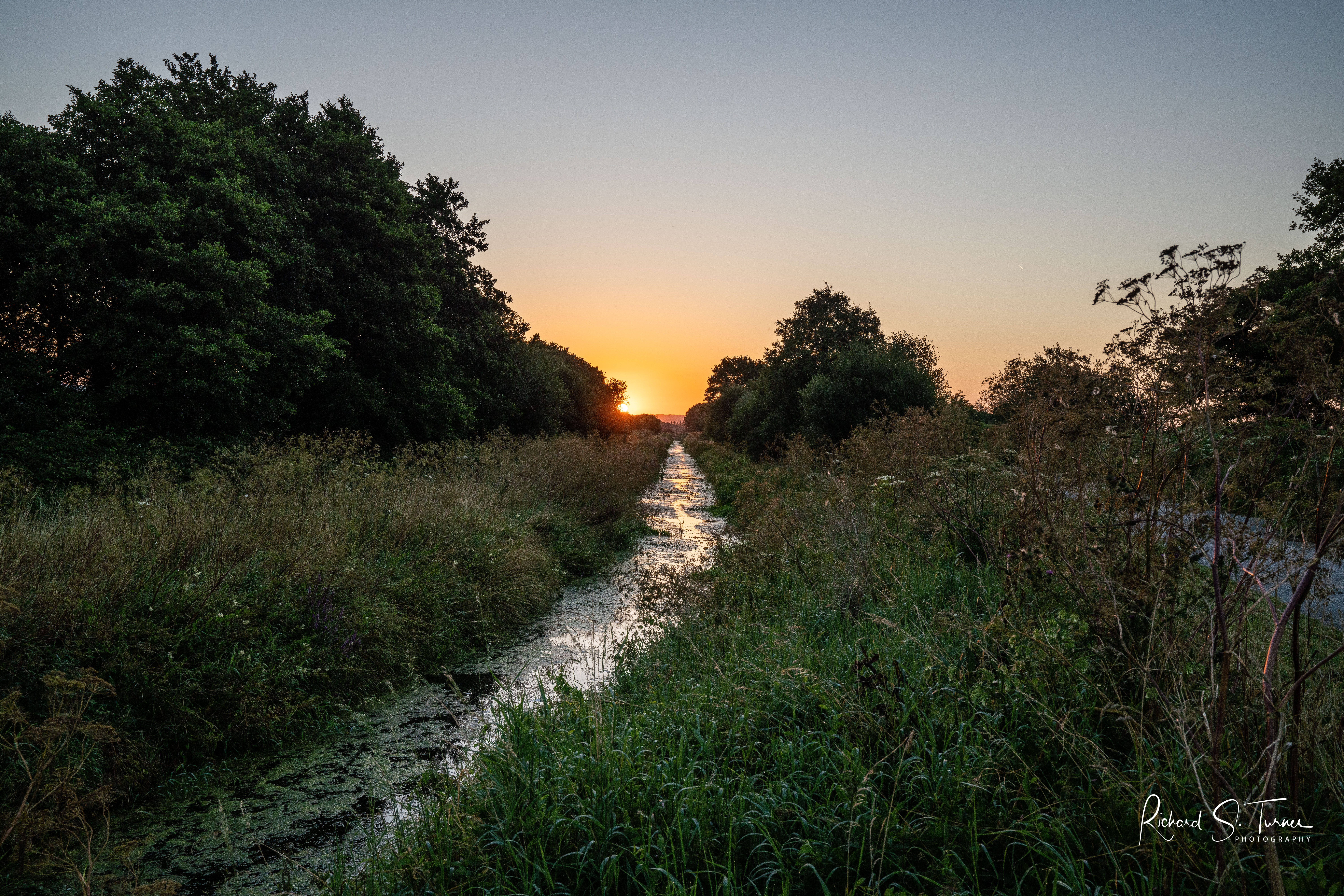 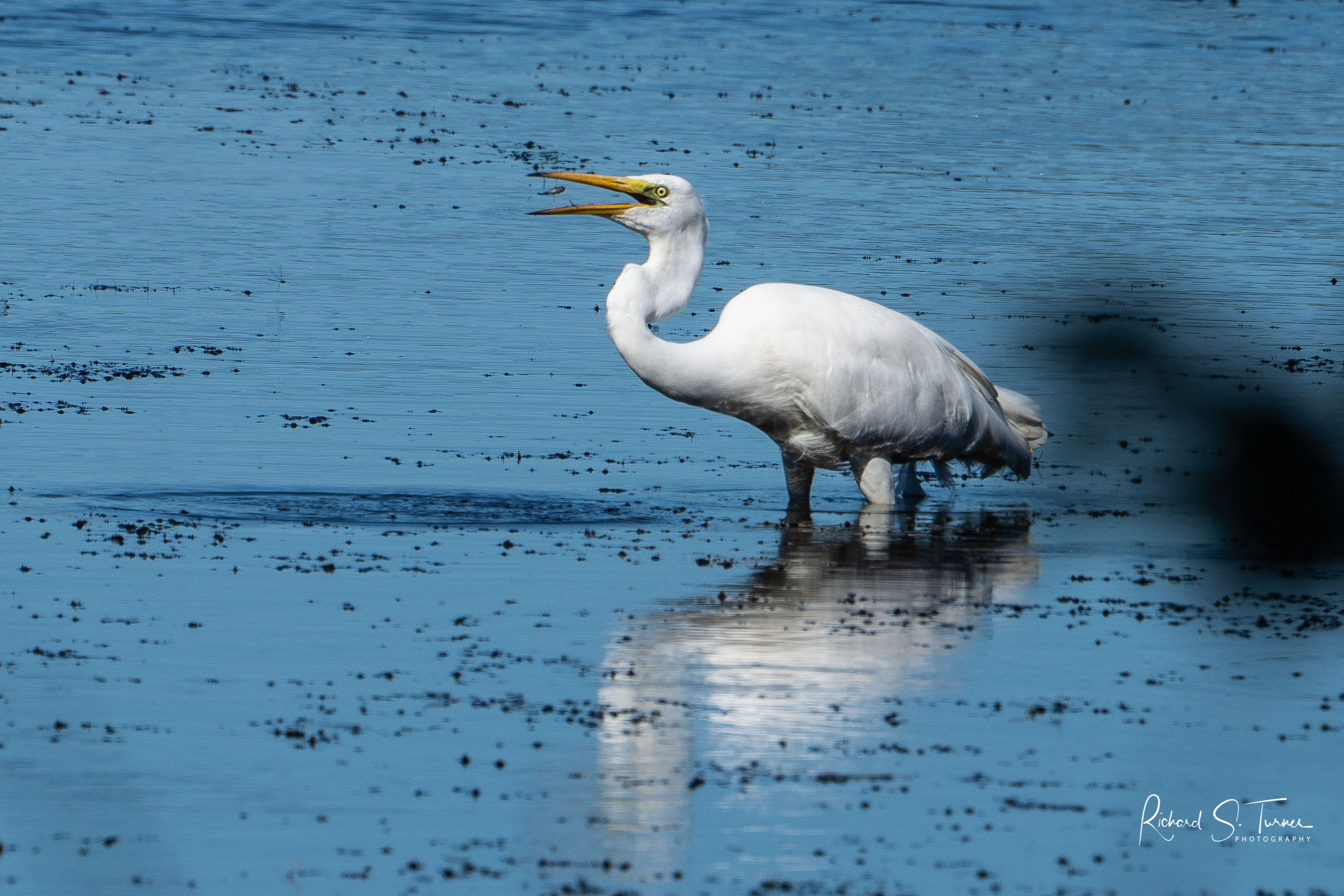 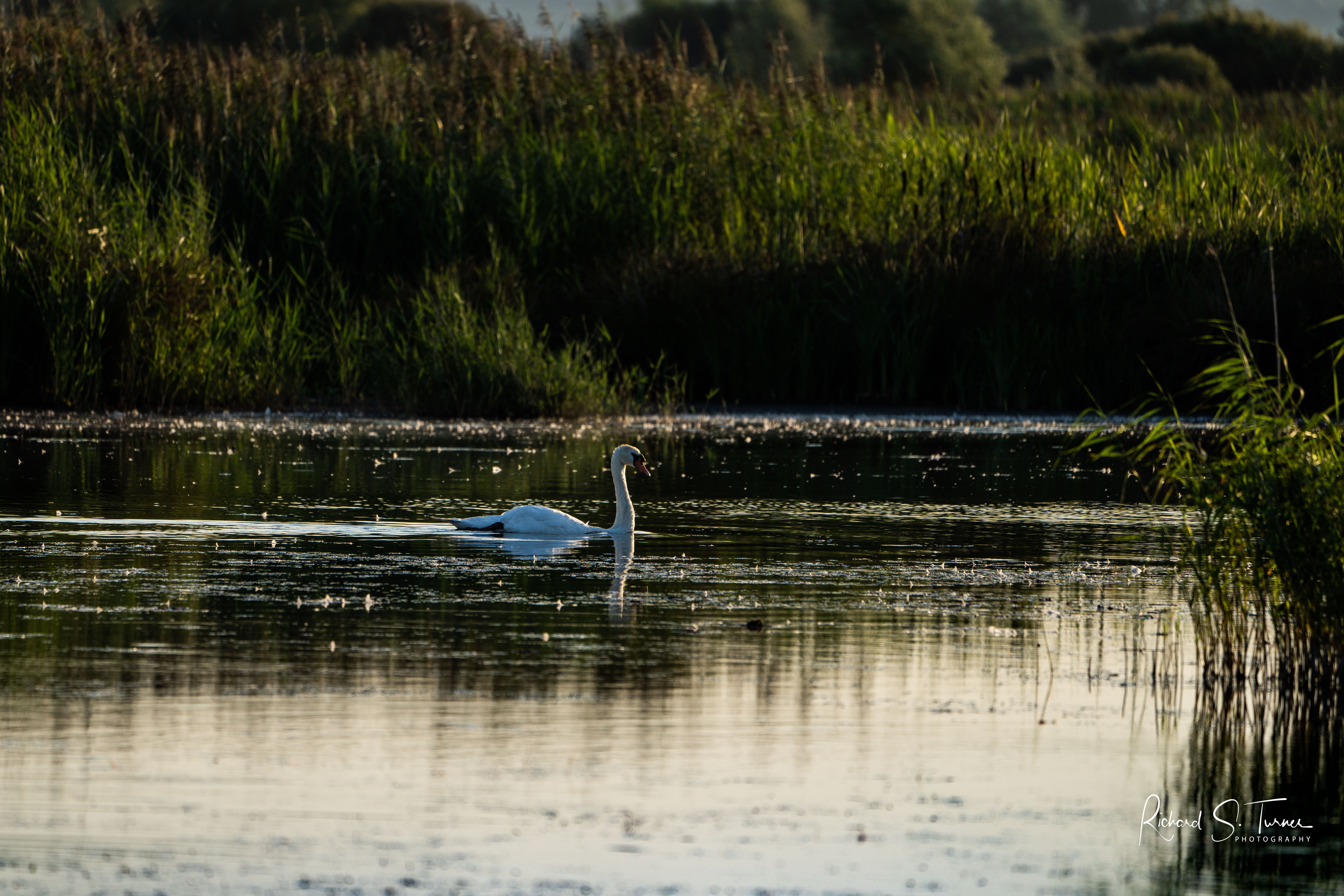 I also got to try out my “birds in flight” button with these Gadwall. 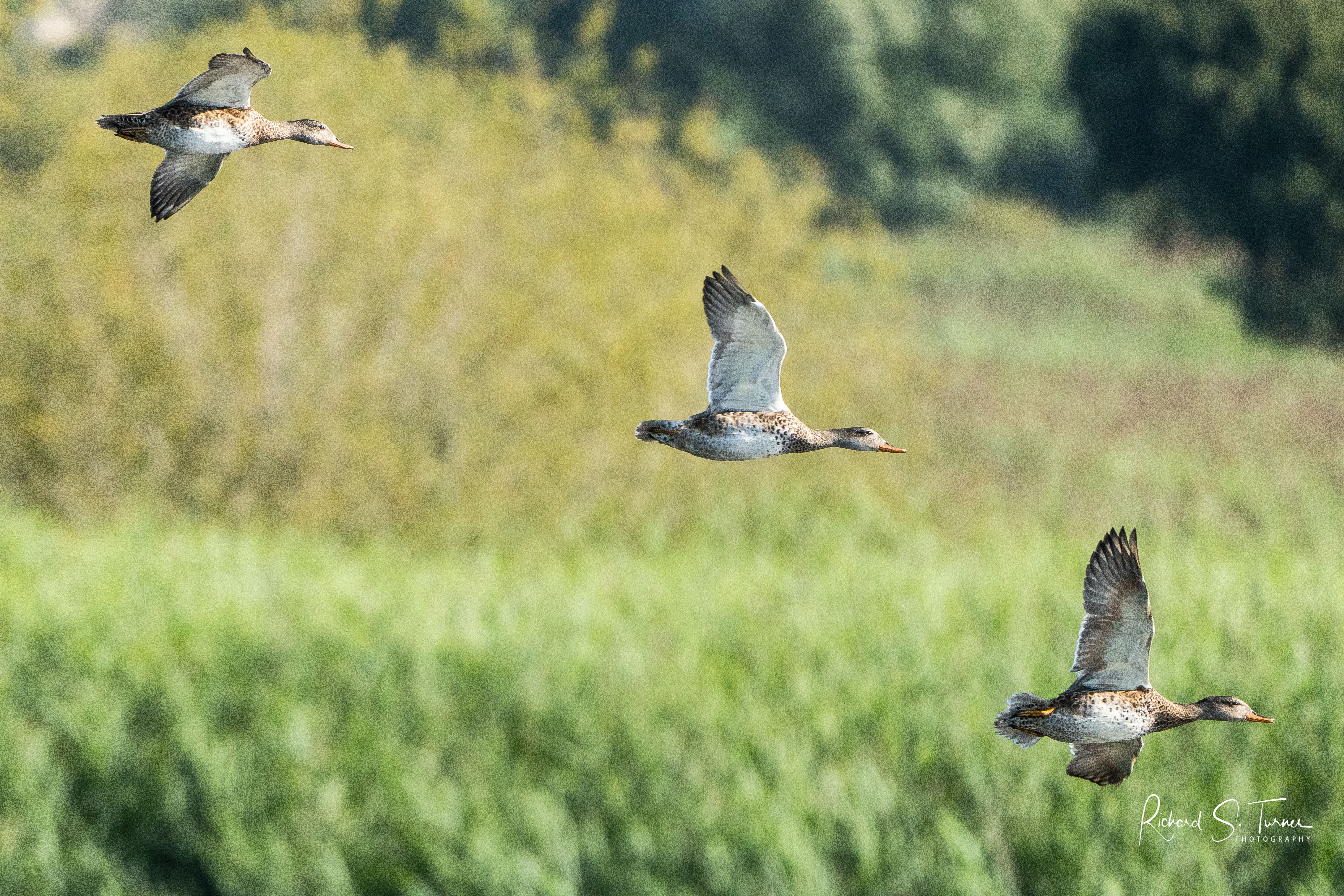 There is one hide on Shapwick Heath which is hard to find and tough to get to. It is a kilometre down a spongy peat track at the far western end of the mile and a half straight gravel track which dissects  the wetlands. Of course it was closed, but it was a tranquil spot so I watched the water for a half hour waiting for something to happen. There were a few ducks dabbling in the lilies, and  I enjoyed watching the many tiny spiders who had made their webs between the edge of the hide and the nearby tree. 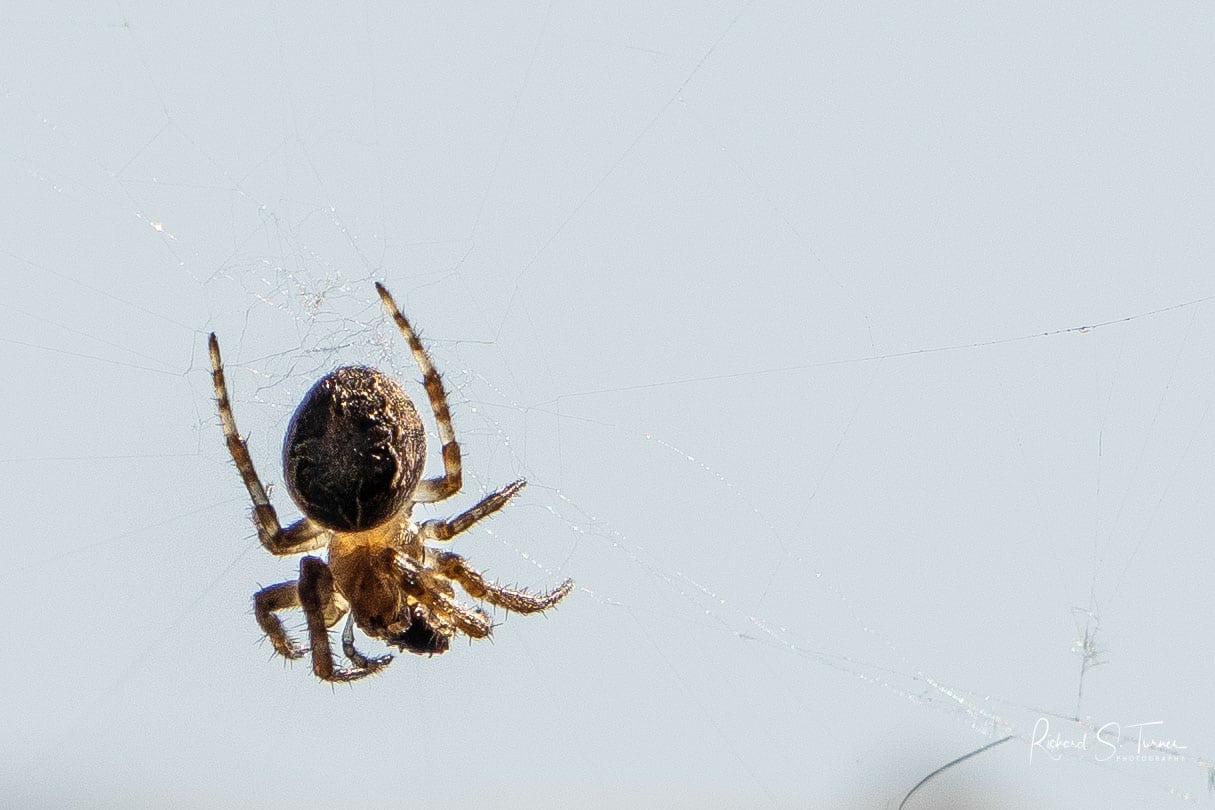 This shows how good the Sony “focus magnifier” on the camera is. On my last night I stayed in a rough parking area behind a stony beach on Bridgewater Bay. Here I found a moth I had never even heard of – a Jersey Tiger – and caught an eerie evening light behind some very different cranes – those building the nearby Hinkley Point C £20 billion nuclear power station. By a strange quirk of fate, heavy industry and wildlife in Britain are not infrequently neighbours. 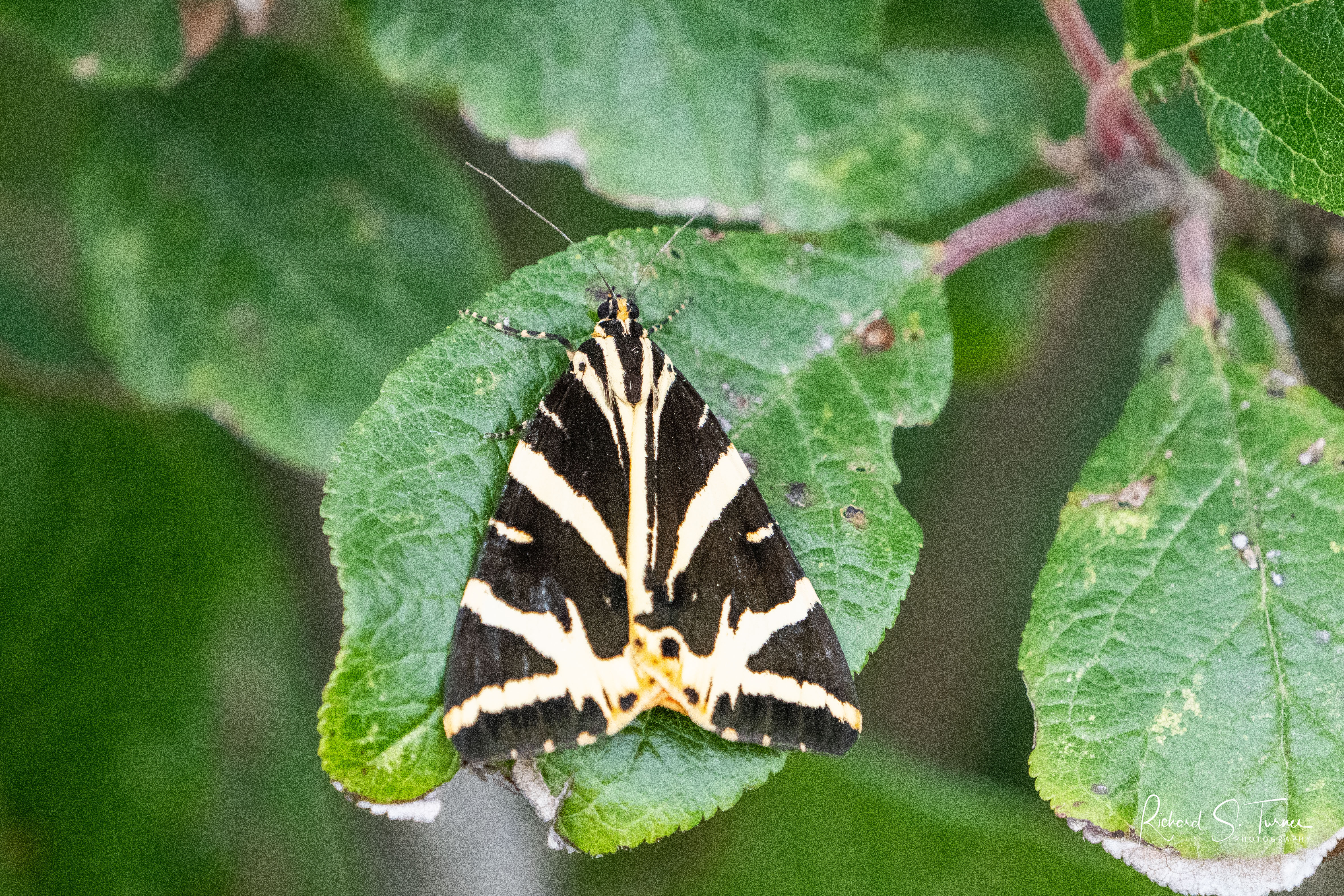 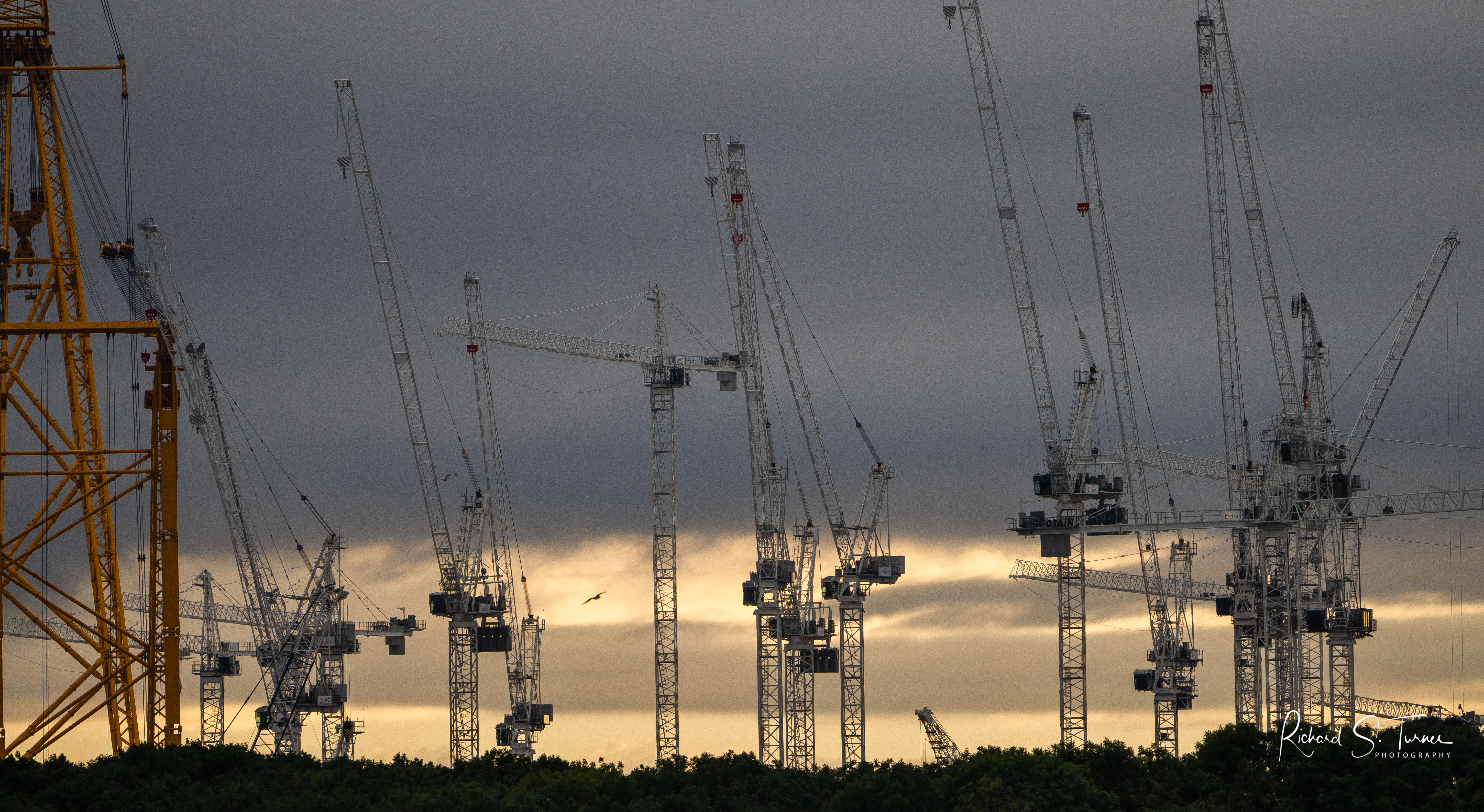 2 Responses to A Test Run