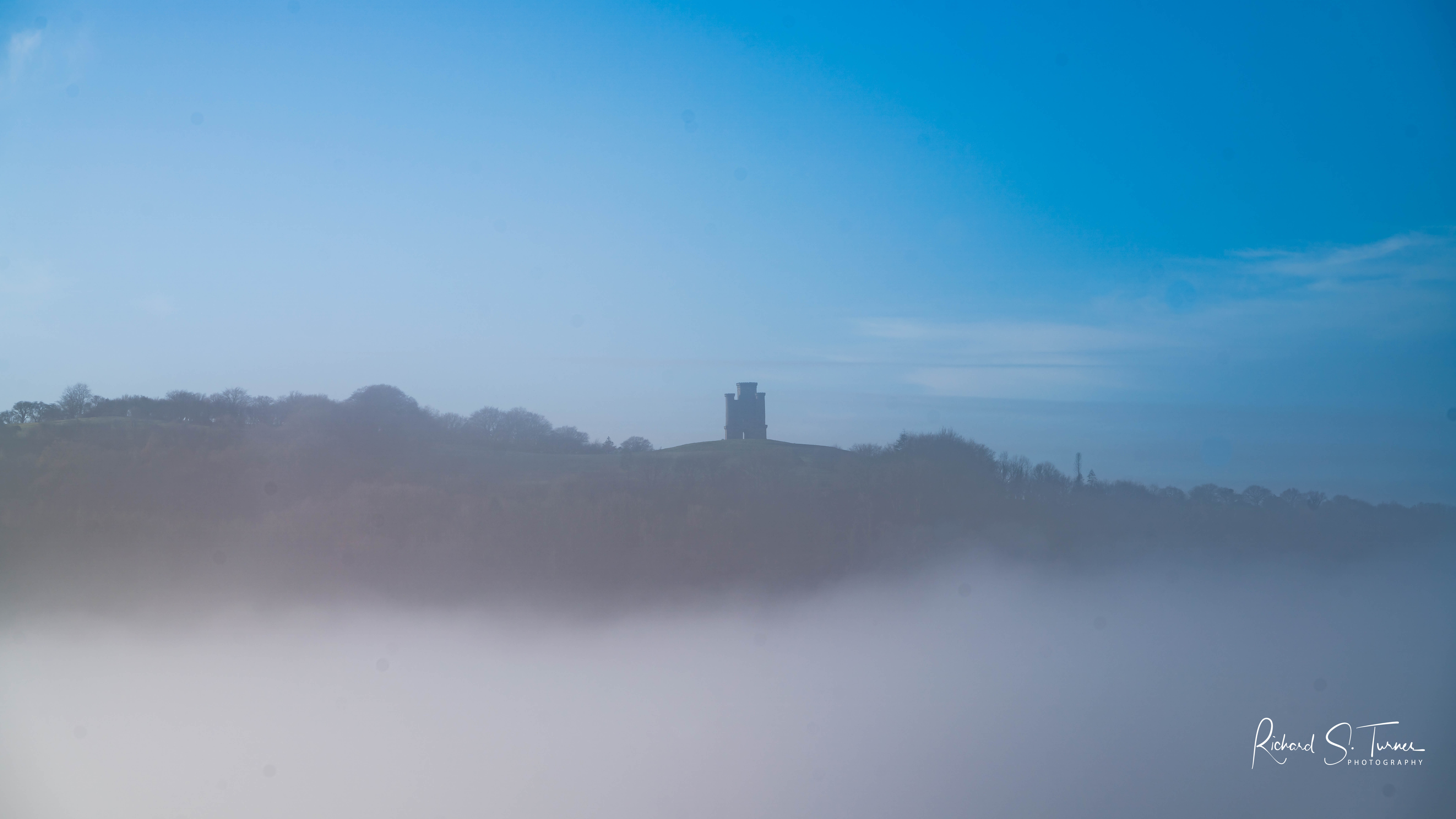 The month began in the middle of the two week “Circuit Breaker” in Wales during which we were told not to travel. Infections had been rising to a dangerous level in parts of the country and this 2 week lockdown was intended to take the pressure off the health service.

On Guy Fawkes day – now scarcely celebrated in the village, most preferring the American festival of throwing-stuff-away which is Halloween – the sun came out. Walking out of the village I captured something of the light and colour of the season here. 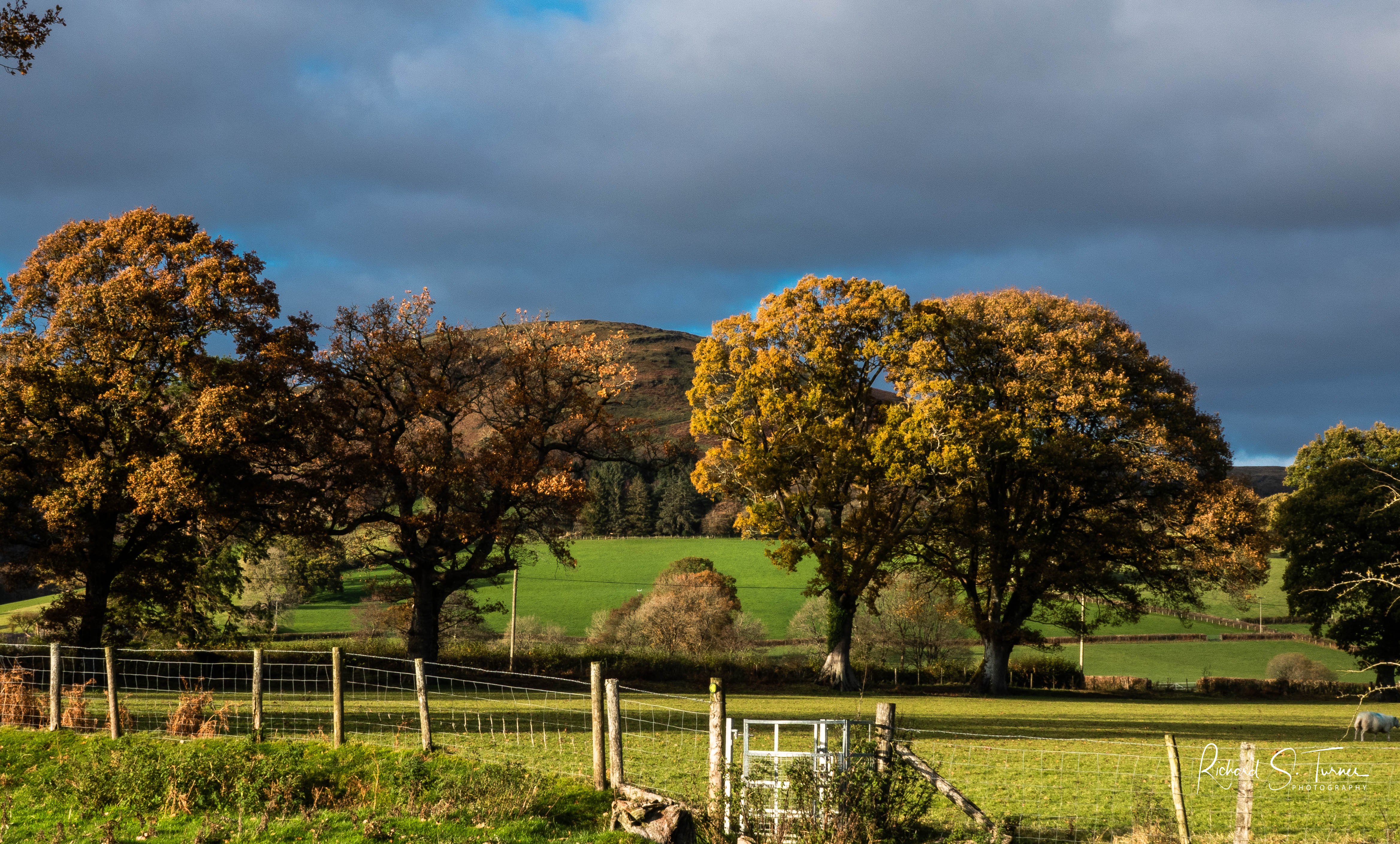 Half of all British families feed birds in the winter with the result that, at the same time as most species of farmland birds are in rapid decline, those which can adapt their feeding habits to our preferences are now at maximum numbers. I have set up 3 feeders and try to vary the offerings in the hope of encouraging and photographing slightly less common bird table visitors. It has been a partial success, and no wildlife-based list of seasonal pictures could omit the Greater Spotted Woodpecker. 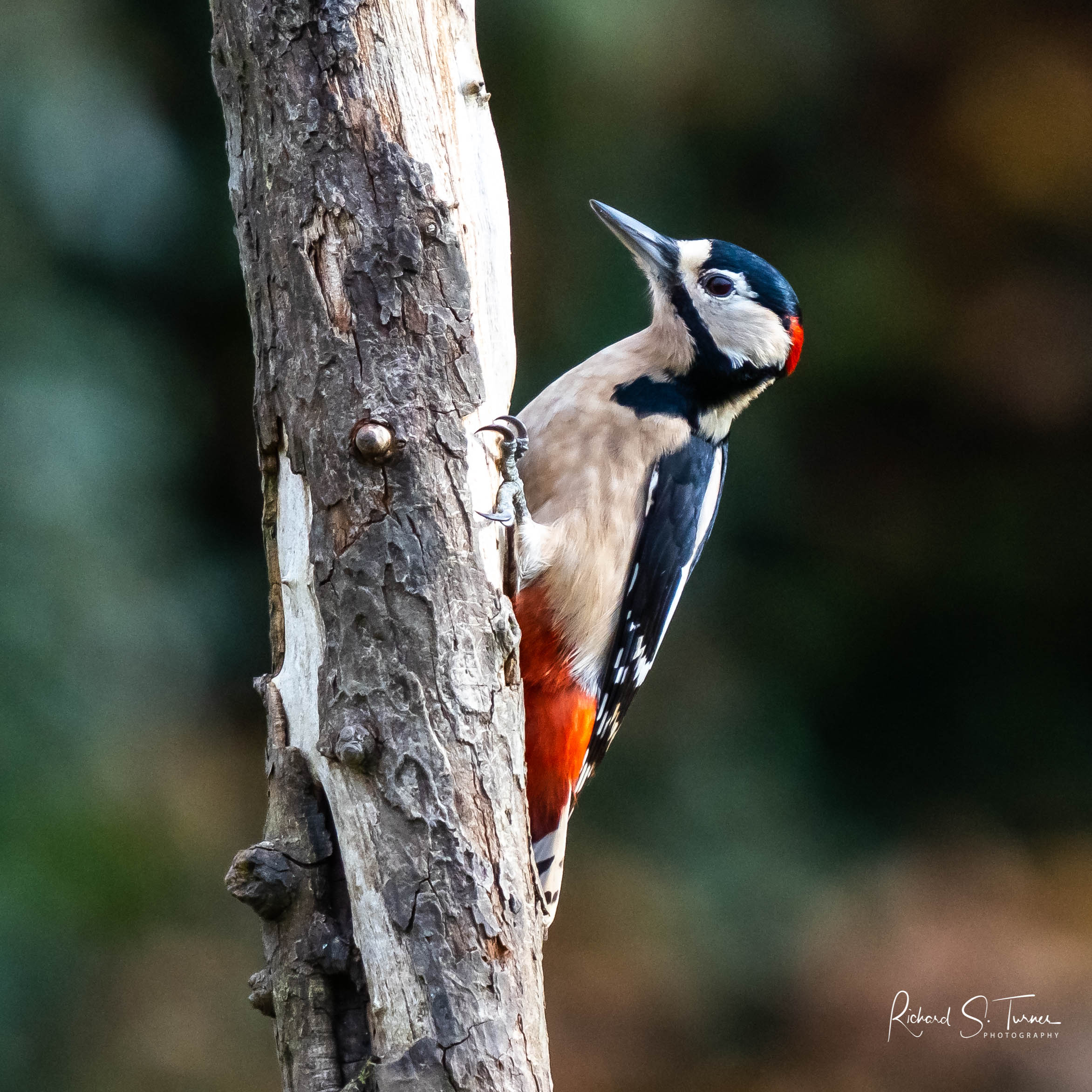 One of our neighbours has recently taken up Pigeon racing, and I was delighted to be able to photograph his small flock doing circuits and then landing on the church tower.

By the 15th I was free to travel again and did a two day tour of our nearest bit of coast – Pembury, Bury Port and Llanelli. The highpoint for me was catching a Spring Tide and watching a  huge flock of Oyster Catchers wheeling round the long redundant pier at Pembury Harbour. 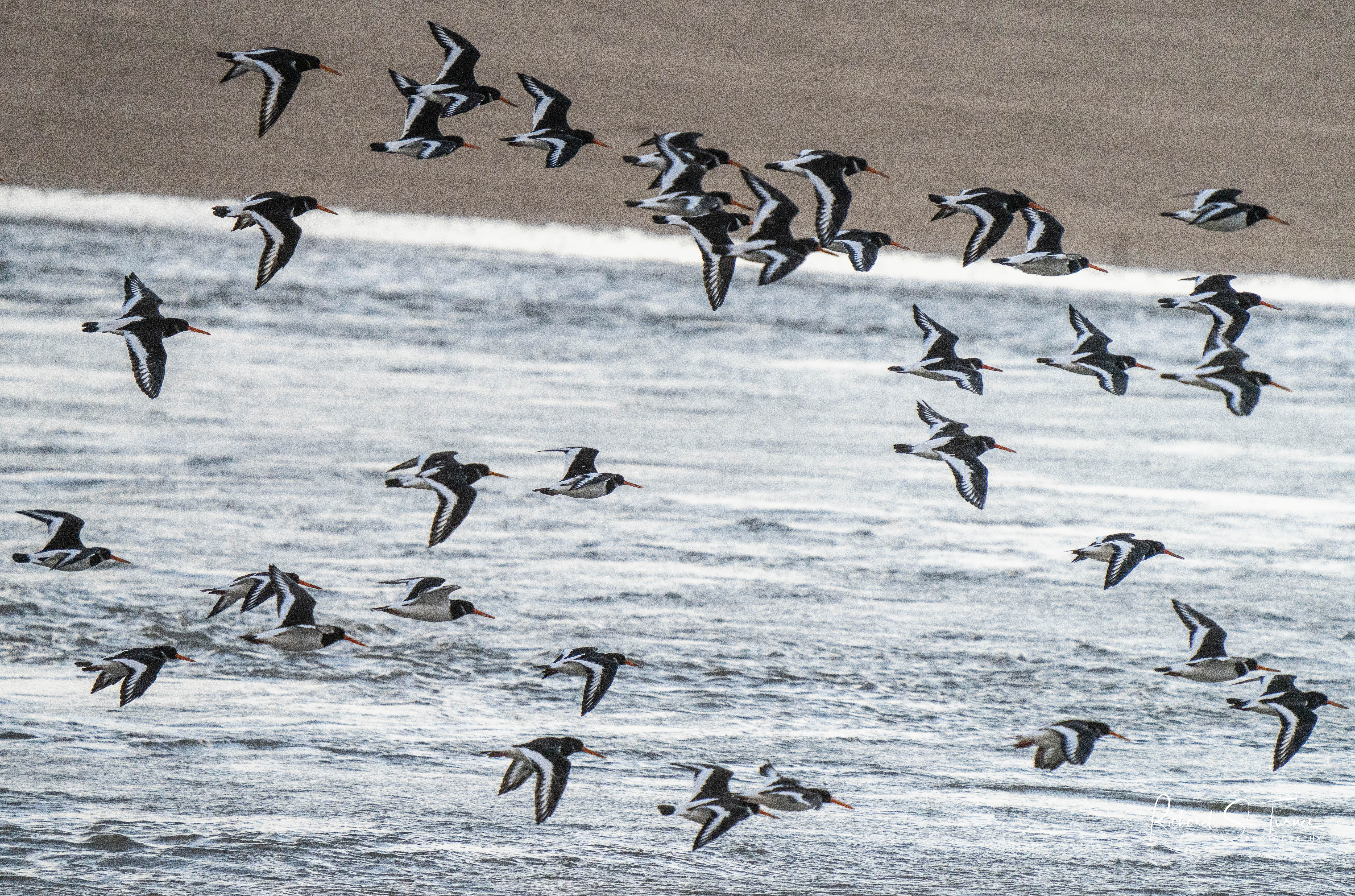 Another thrill was the flock of Black Tailed Godwits at Penclacwydd. 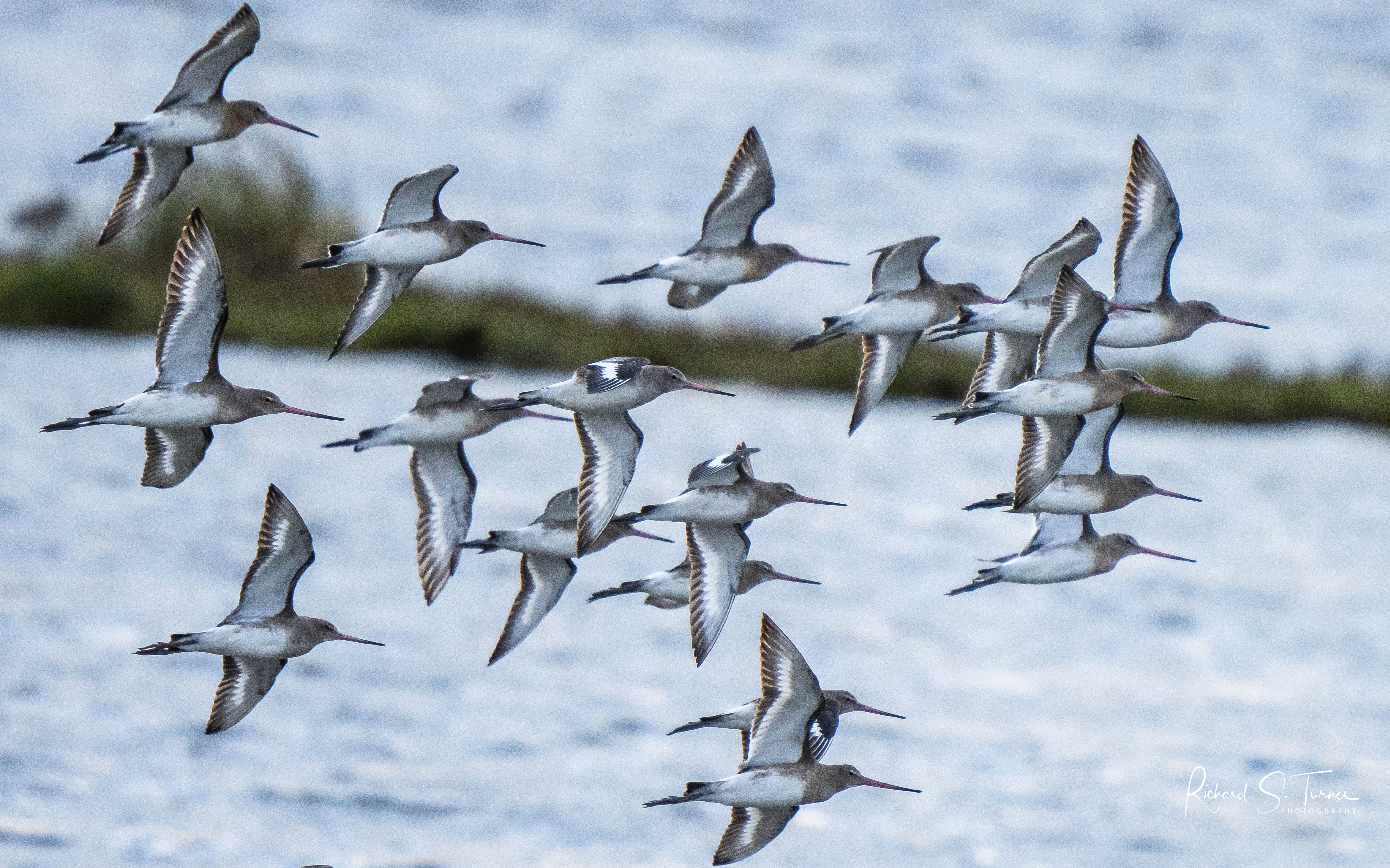 It was a cold and blustery day with little to see, but a patch of golden light through the sleet gave me this image. 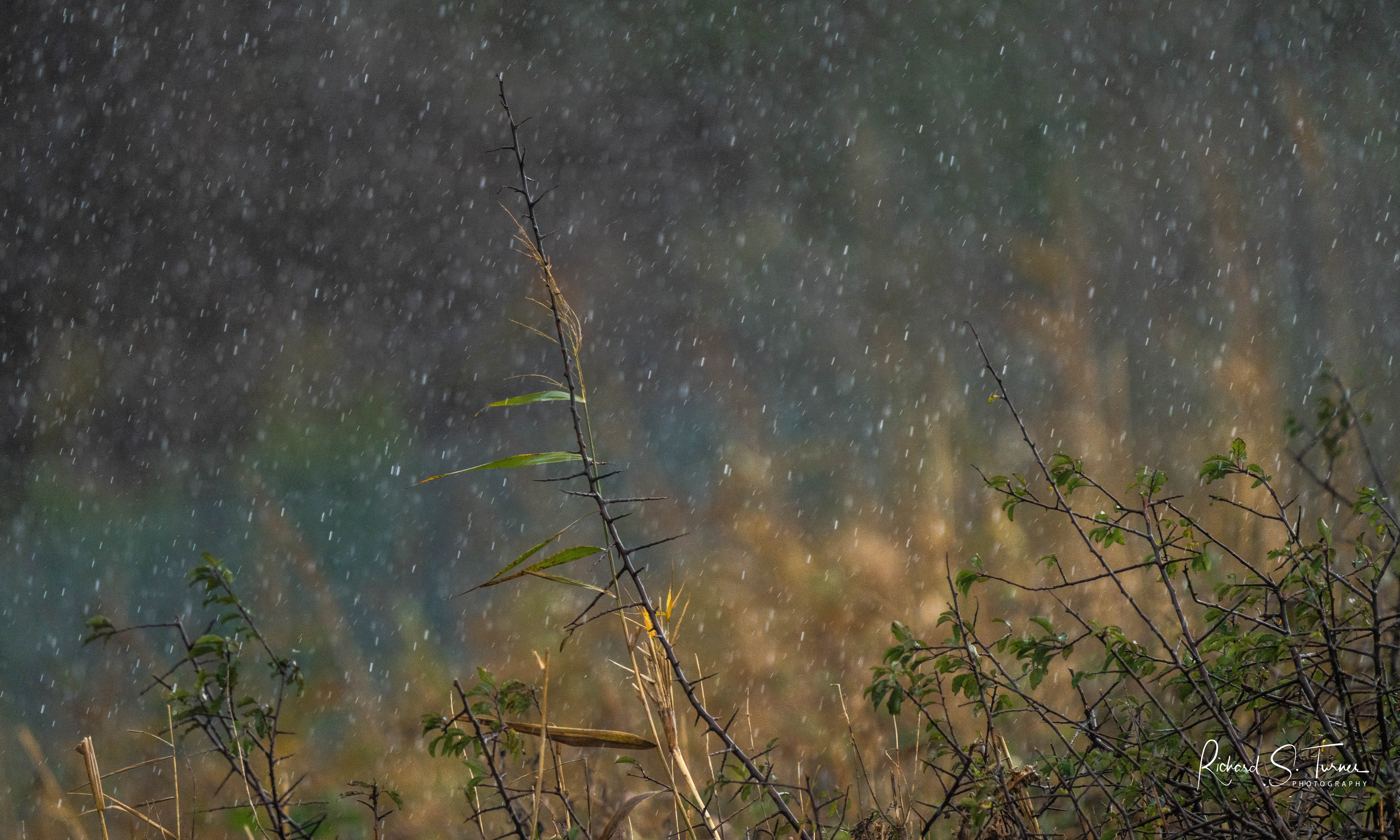 I have a sort of tradition of visiting  Dryslwyn castle in the winter. This time it was draped in a luminous mist which seemed to give some special tonal quality to this Song Thrush, but that may be just me. 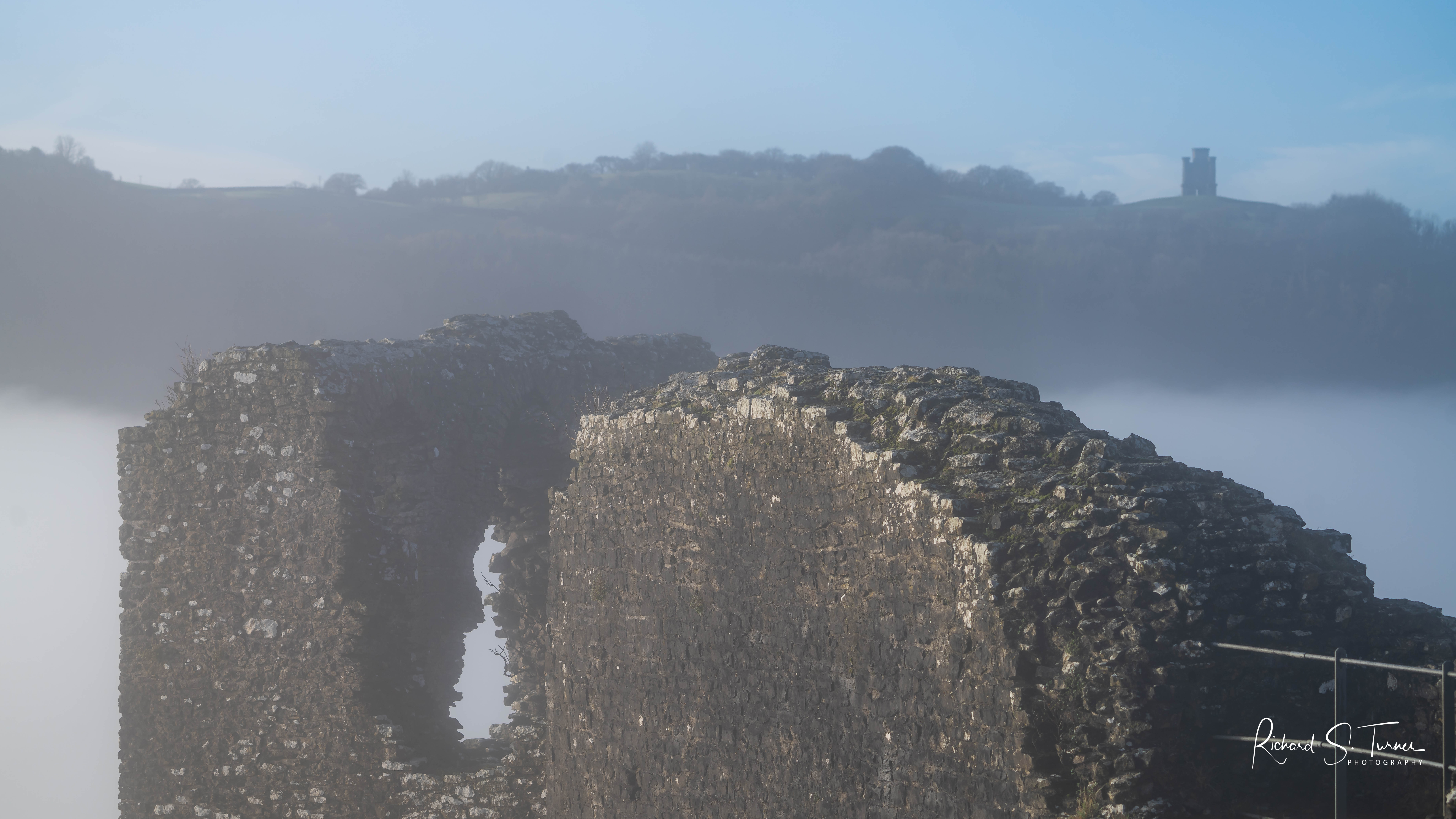 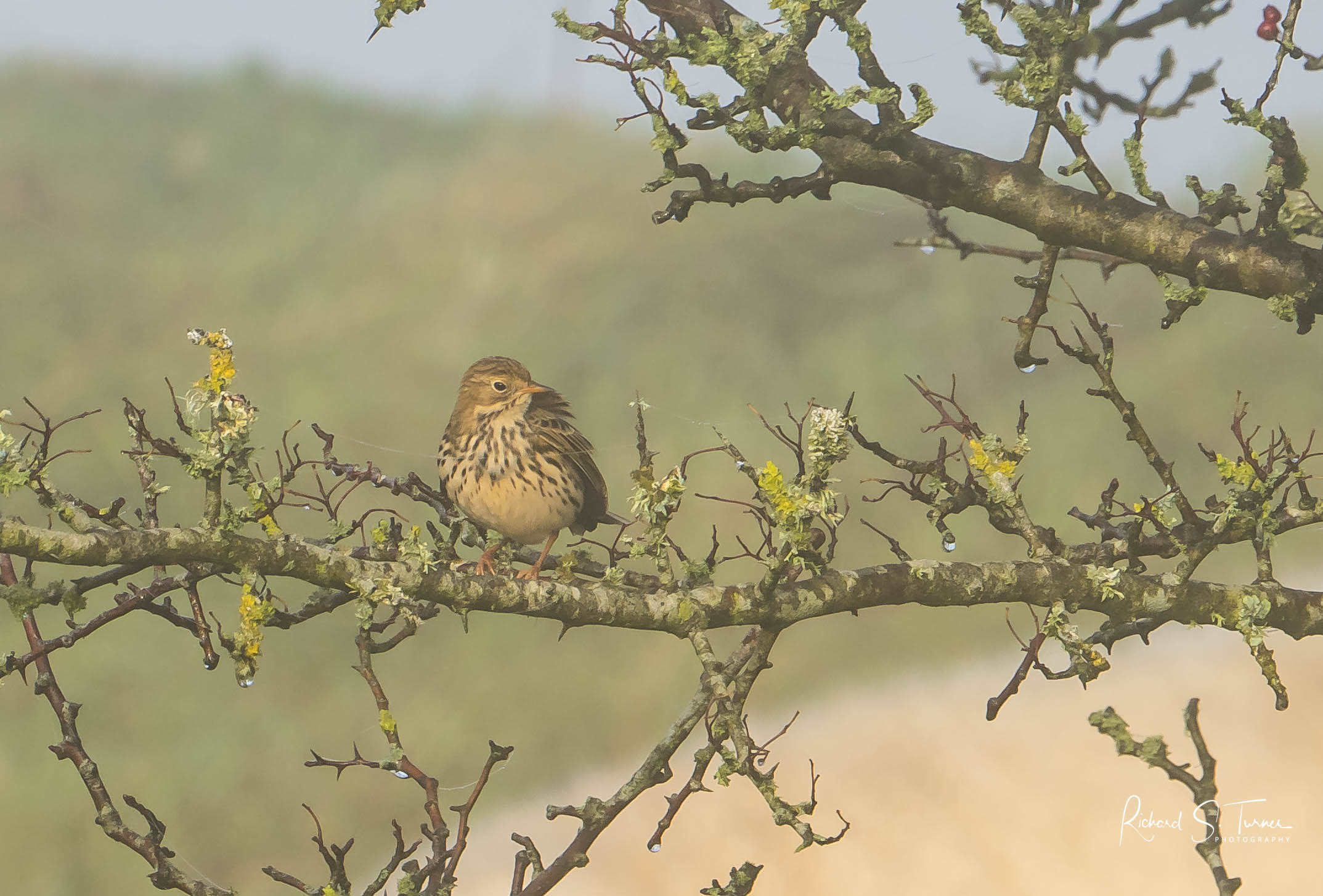 Back at the bird feeders the sparrows were frantically flapping to keep their places against more agile and more powerful competitors. 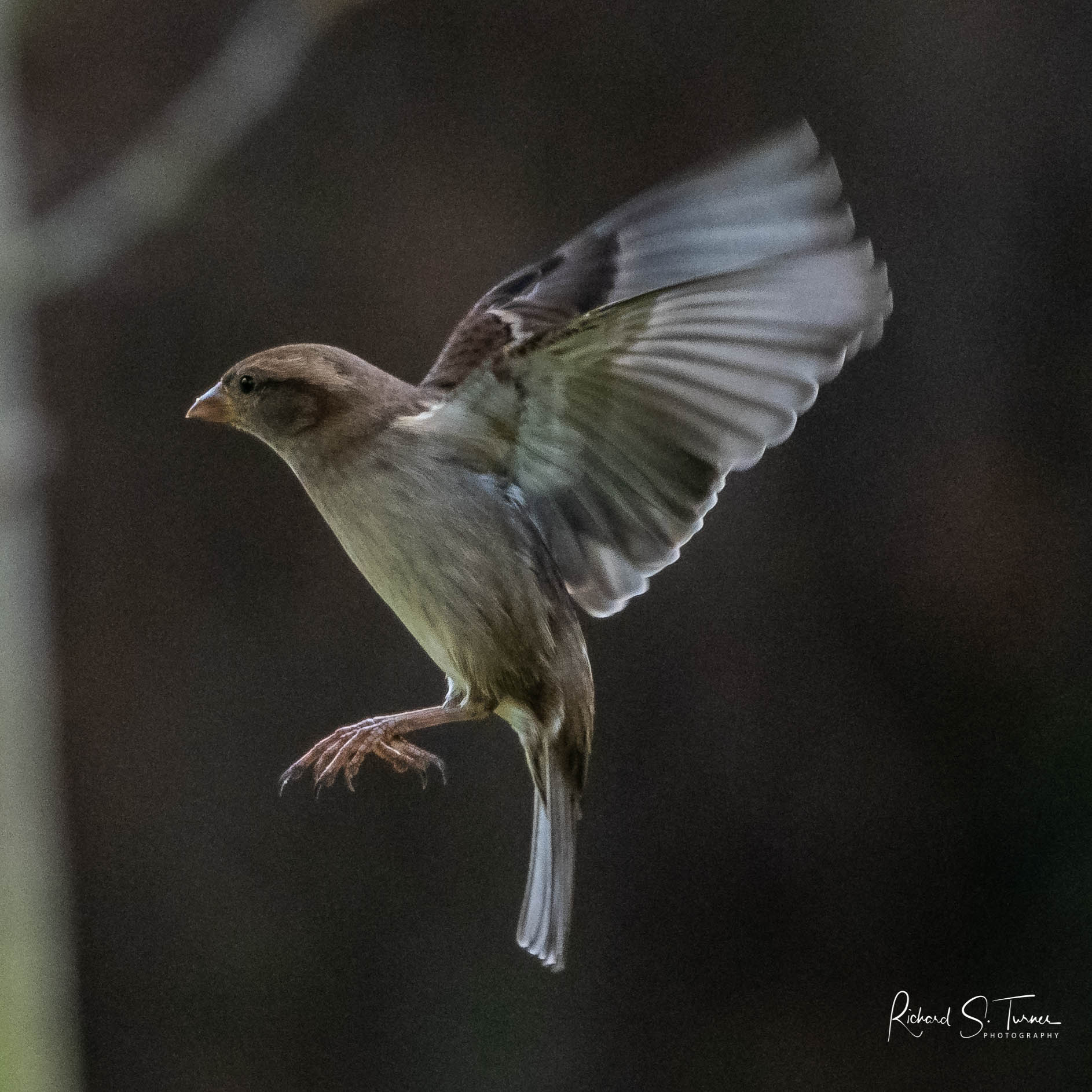 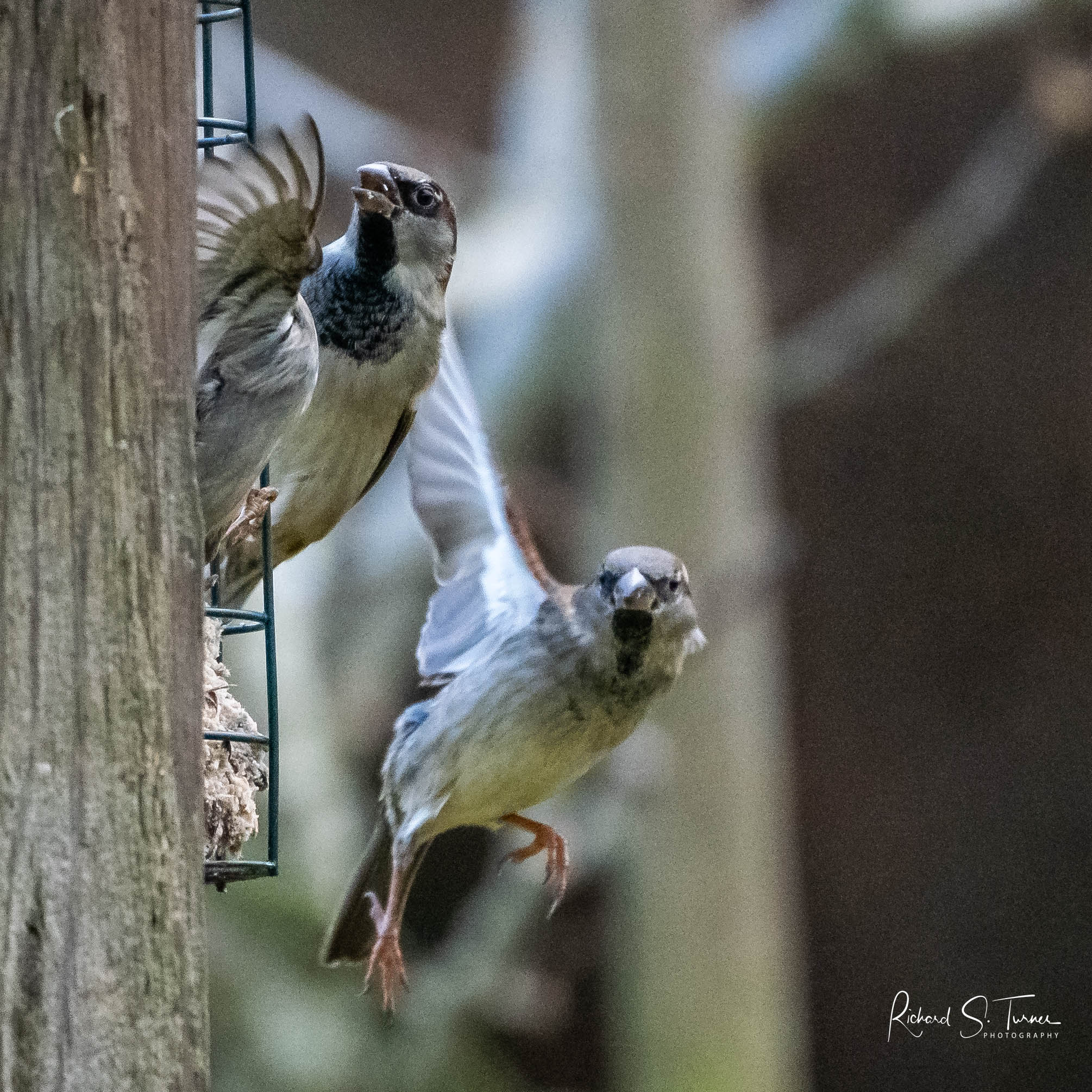 At the end of the month I did a longer trip west to Newport, Aberteifi and Bosherston. Most of the visual highlights were covered in my posts here:  http://phototwynog.co.uk/i-curlew  and here:  http://phototwynog.co.uk/winter-light-in-west-wales  but I didn’t mention a bird known to those who visit the bridge at Newport (Pembs) regularly. This Magpie has learnt how to beg for food and waits around for visitors, especially favouring those carrying long lenses! 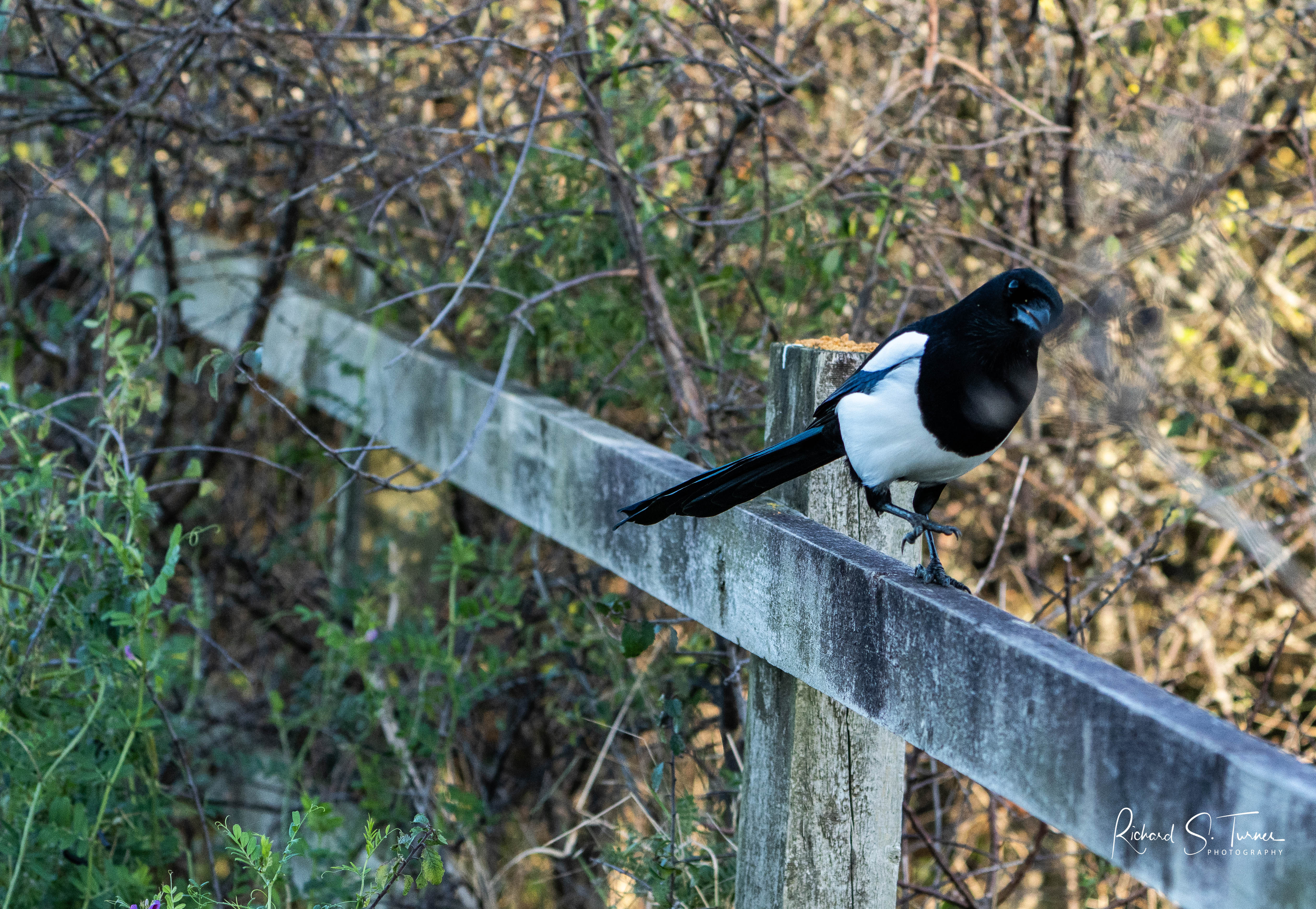 1 Response to Best of November