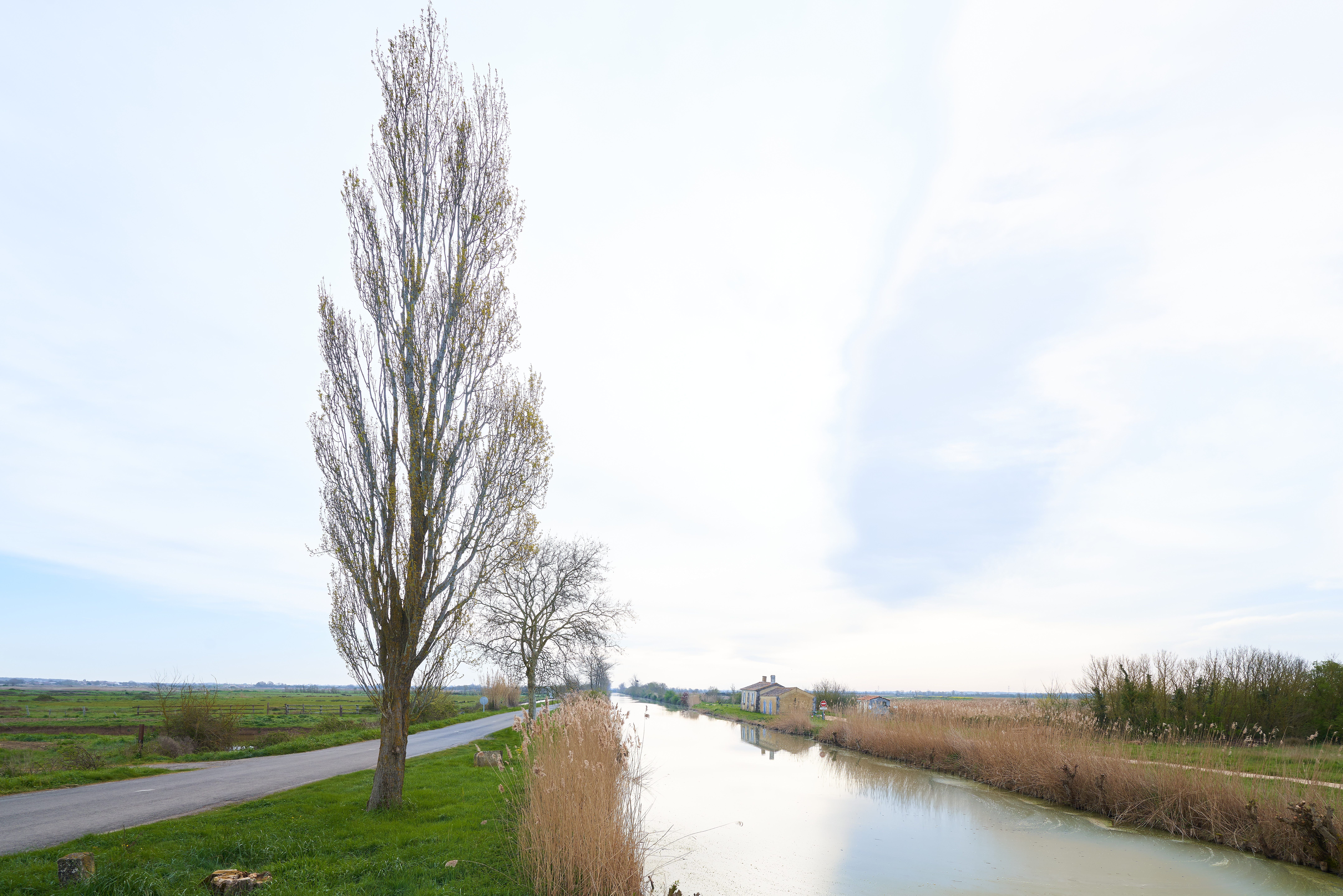 I’m in a land full of holes: ditches, ponds, lakes, canals. Once they were part of a 4000 year history of salt pans. Now they are home to sheep, cattle, ducks, egrets, kestrels, marsh harriers, coypu, spoonbills, a few waders and above all the great white storks, just returned from Africa. They mate for life, but spend our winter apart, so when they meet up again at the nest site there is a lot of bill clattering courtship behaviour: very moving – they are just so pleased to be together again! 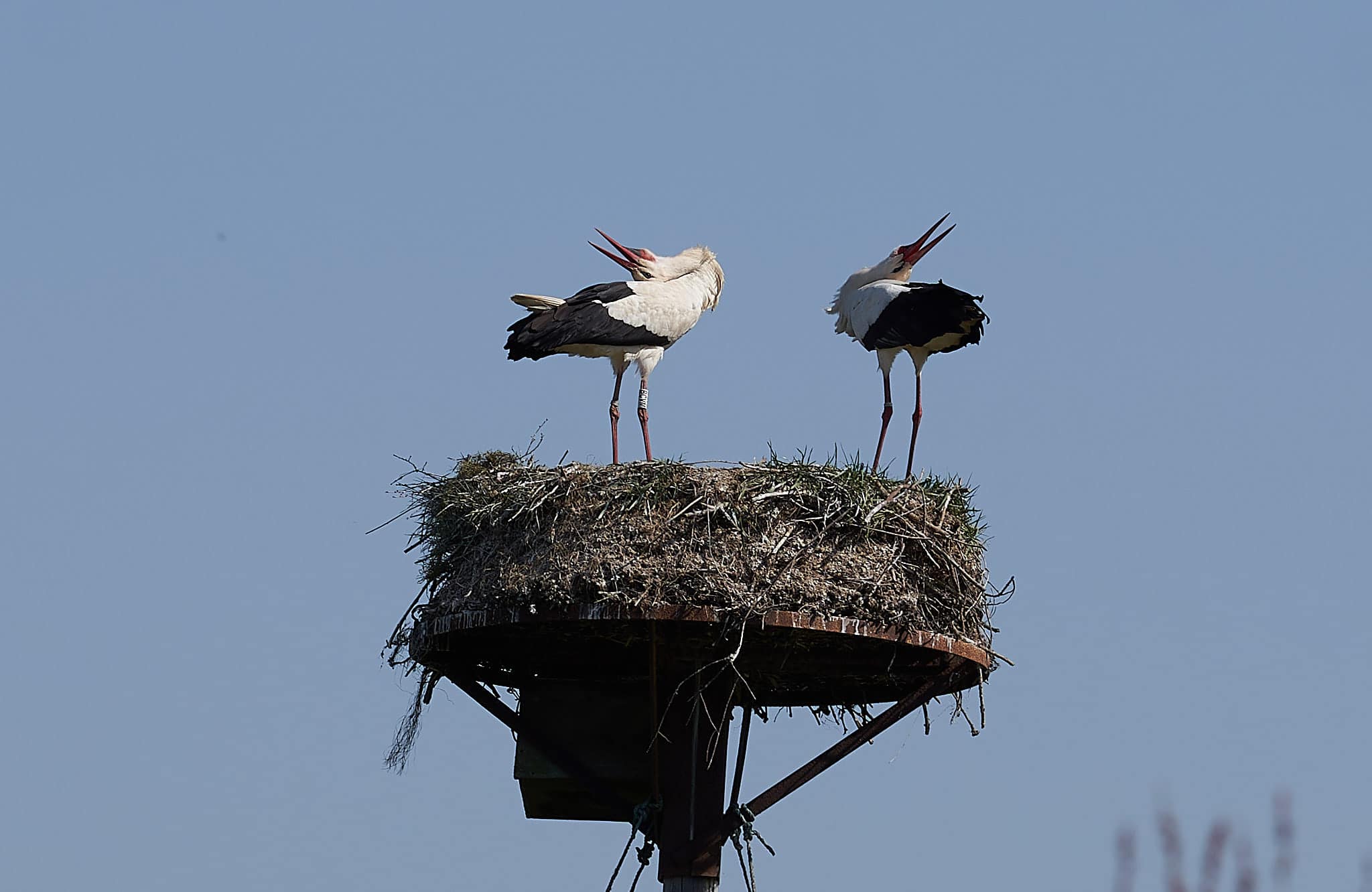 I have come here, hundreds of miles from home in a bid to escape the nervous tension which has tainted so much of my life in the last few months. I couldn’t be at peace at home so I went to begin the great annex restoration project at daughter Hannah’s place in northern France.

For a few days I worked like a convict: tearing down partitions, demolishing plasterboard heaving out a cast iron shower tray, removing a toilet and it’s waste, and a washbasin , pipework, wiring, the lot. Then something went wrong. There was a rift. We smiled and patched it up. For the first 5 days there were 5 of us: Hannah, her partner Dave, grand-daughter Megan and Phoebe who works in the family ceramics business. Here are Hannah and Megan gardening: 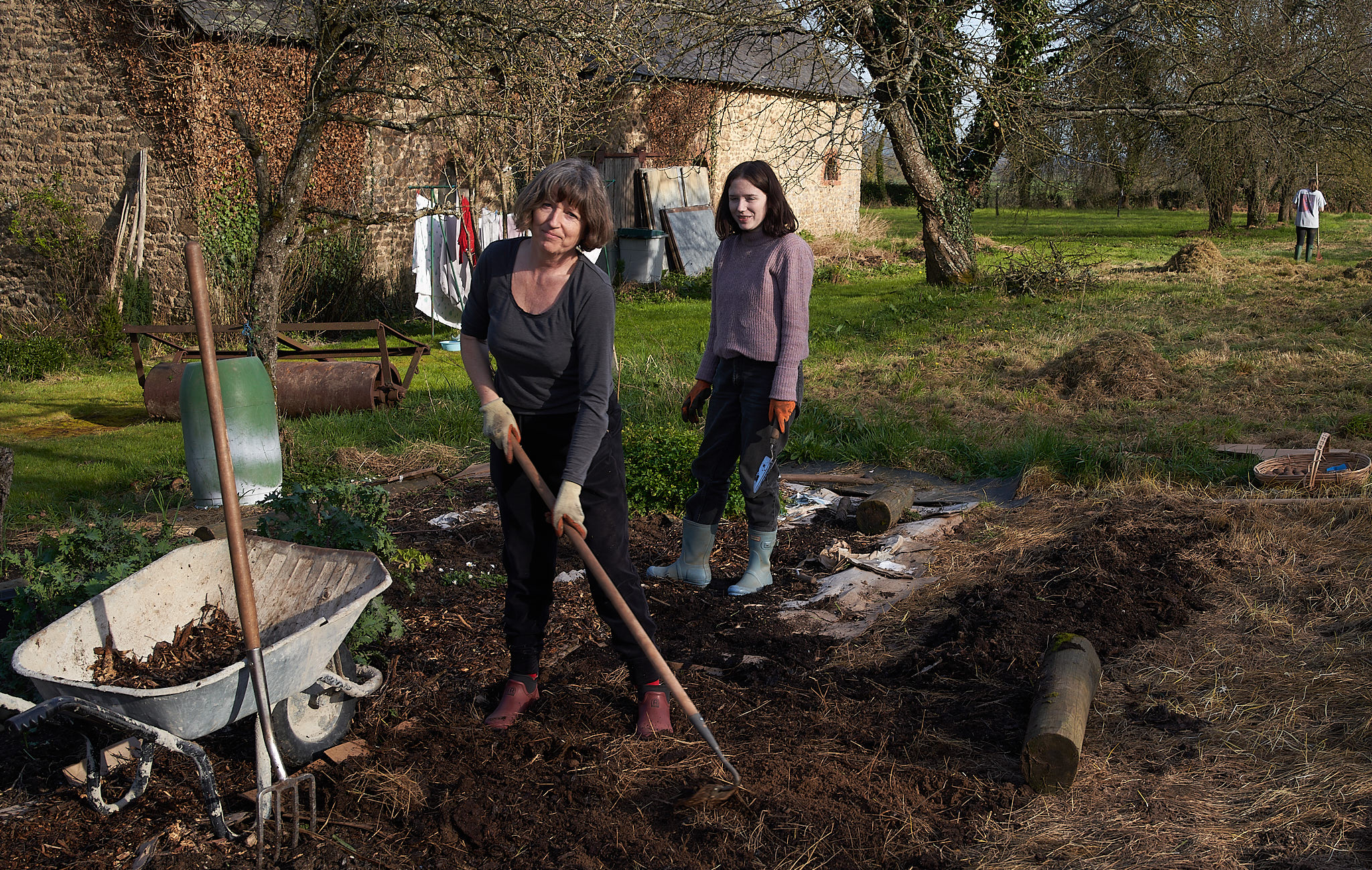 Then they all dash off to catch the ferry and I have a week alone in this special place among the trees and the long grass; the cold nights and warm sunny days; the big warm wood-stove and the big screen with a world I barely recognise on Netflix (Byron Baes?!) In the huge wild  garden there are the first chiffchaffs, a lizard, a buzzard and a Firecrest. 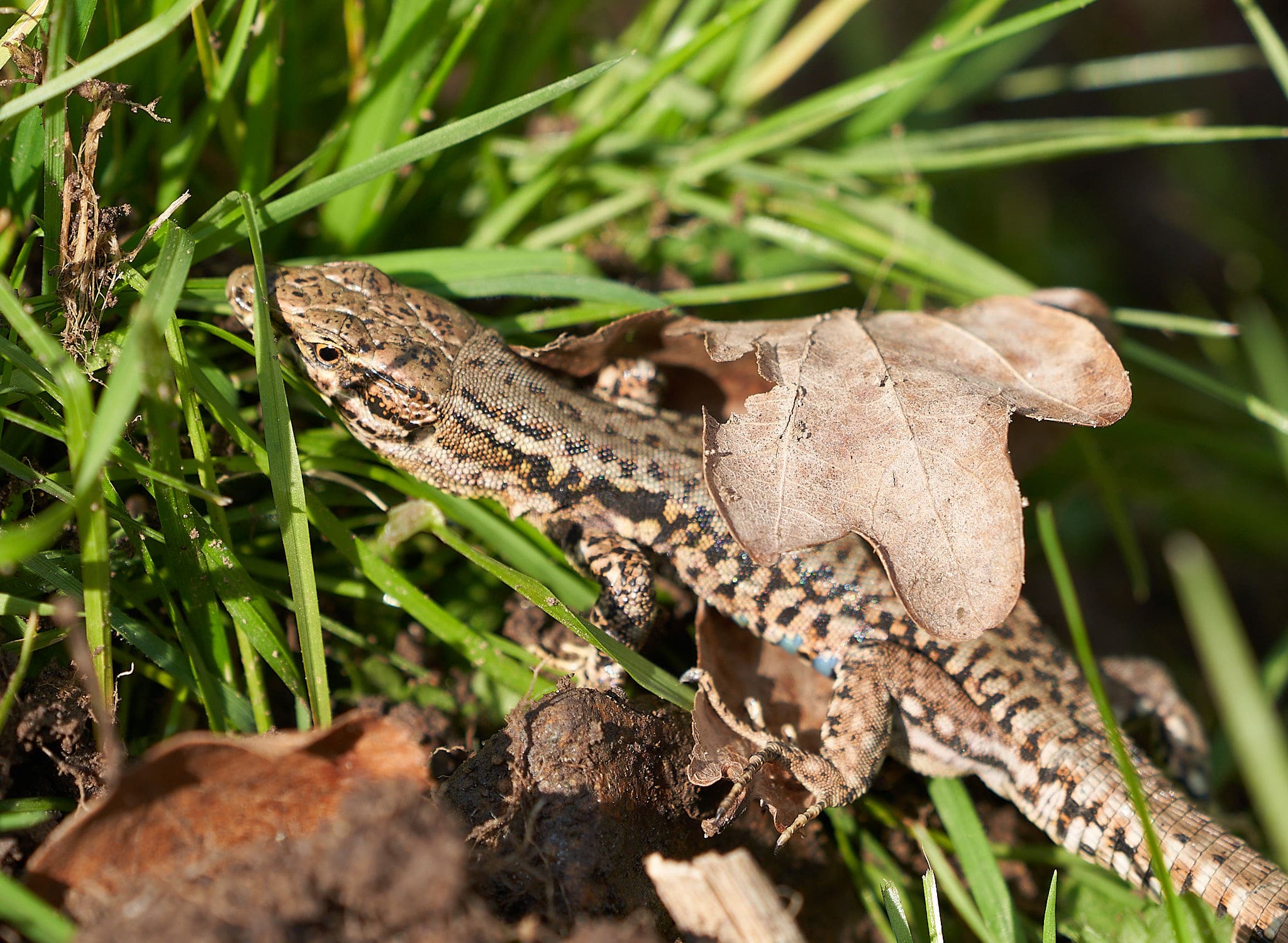 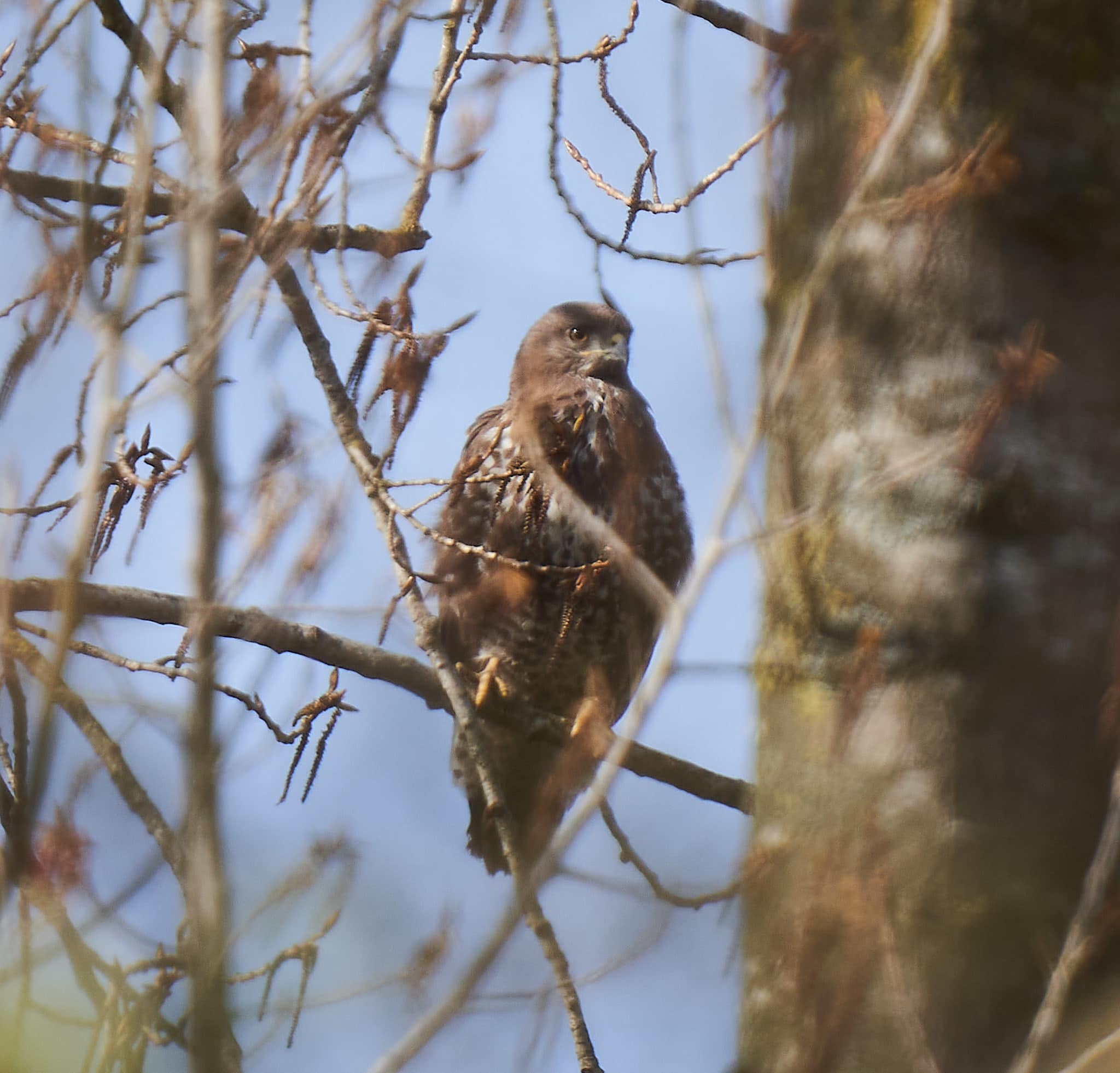 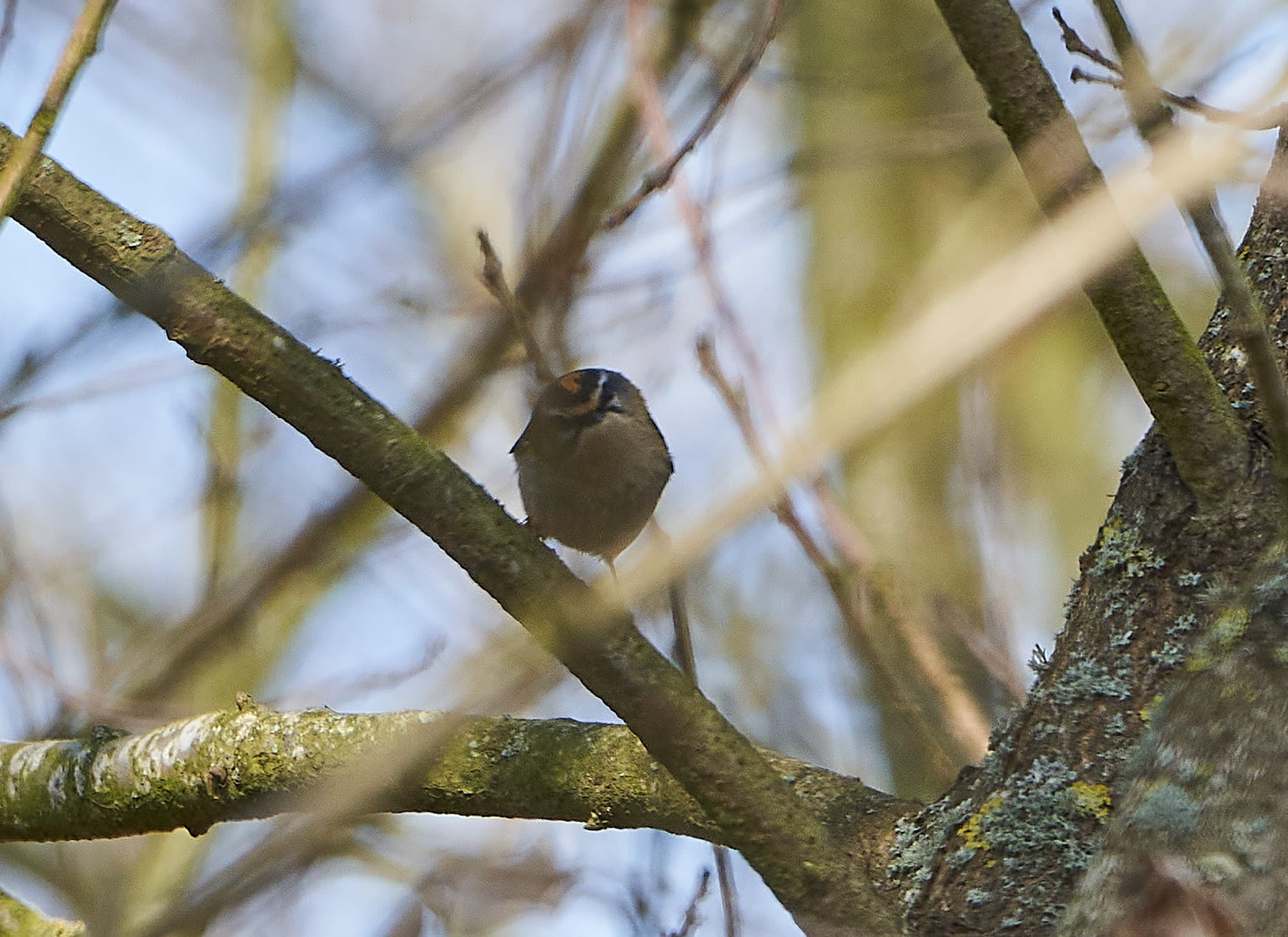 My head tells me it’s lovely but my gut tells me it’s not right. Everything which should calm and sooth is unbearable without the pills and the strong red wine.

And so I pack up early and head south in the hope that I can outrun my demons. The destination is the bay of La Rochelle where there is a cluster of bird reserves and the promise of early migrants.  It’s busy: noisy, brash, ugly and the traffic is terrible, but the map shows huge areas of wetland and the publicity is oozing with wonderful birdlife.

It’s 200 miles from Ambrieres Les Valeees to the “Marias d’Ives” south of La Rochelle. It should have taken 4 hours but this seems to be open season for road works and general demolition and construction in France and that combined with Google’s weird ideas of what constitutes a decent route, meant it took a lot longer. At last in the late afternoon, speeding along in a heaving mass of traffic, I could see my destination just up ahead. “Leave at the exit” said Google but there was no exit; just traffic cones and road building work; no sign of anything that looked remotely wildlife friendly. Half an hour later I still hadn’t found it, so I pootled around until I found a nice spot to park for the night. It even had Marsh Harriers and Storks.  I had the food and drink. I had the drugs. I would sleep, but would I awake calm and relaxed, or would it be another day of gut-crawling anxiety?