I’ve slept late for me. It’s 6 45 before I open the van door to a blast of cool air. The ground as I step down is soft but the grasses are all silvered with frost. It’s absolutely still. Not a sound – at least not that I can hear. There is more than a glow in the eastern sky and I’m hurrying to get the camera set up before it gets too light. I’m using my new full frame Canon 5D4, a prince among cameras, capable of real depth of detail . With nothing moving I can open the shutter for as long as it takes: 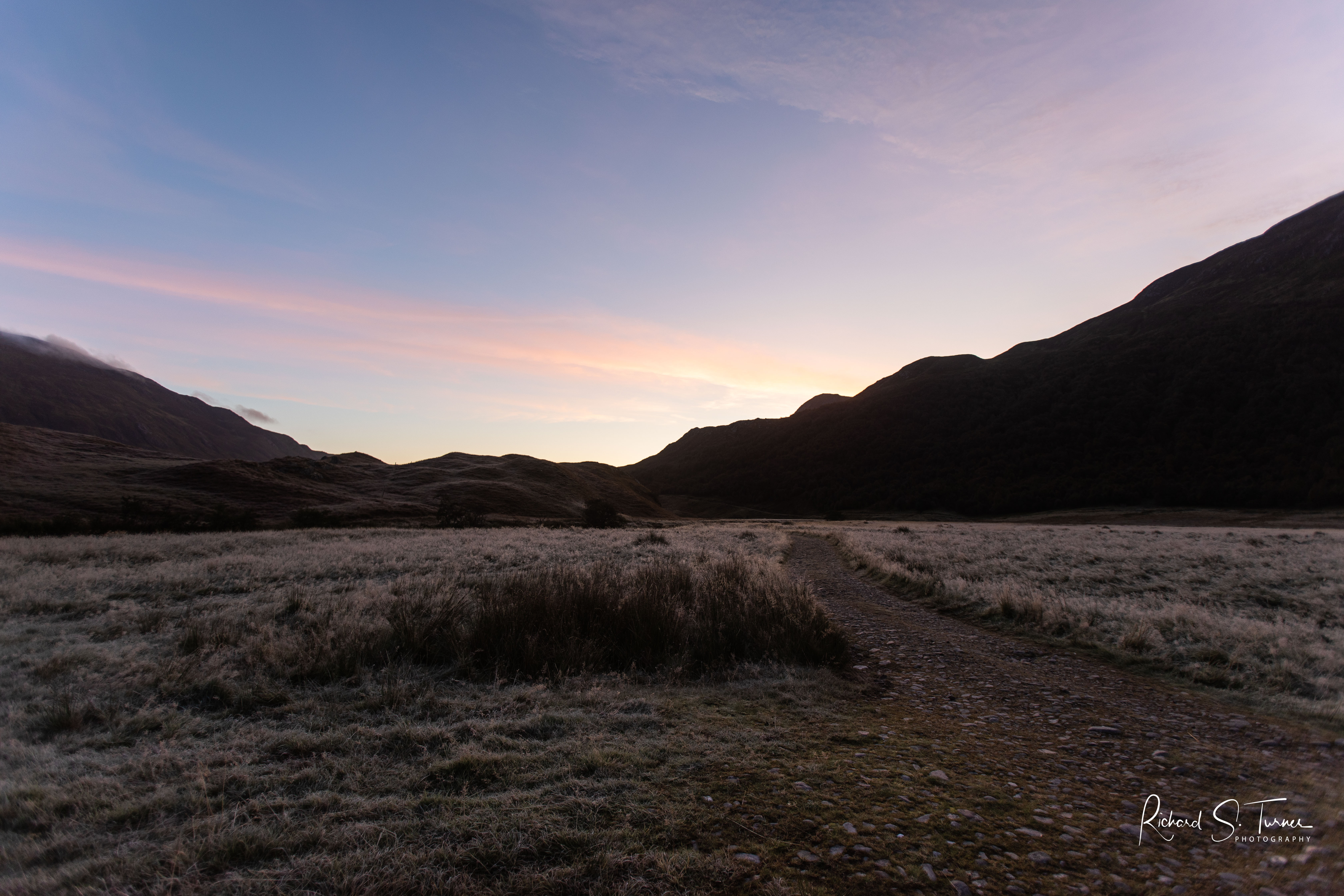 That dip where the sun is rising is where the track snakes its way along the southern shore of Loch Affric. The name, incidentally has nothing to do with Africa, but means “trembling” as in trembling grass. It then crosses the river and becomes a single track road which winds its way along the north shore of Loch Beinn a Mheadhoin –  now dammed to power the big hydro station at Fasnakyle – until it reaches Cannich which, though a little village, has shops and a café.

Twenty minutes later the sun, which won’t hit the valley floor for another hour or more reddens the western sky and begins to touch the mountain tops: 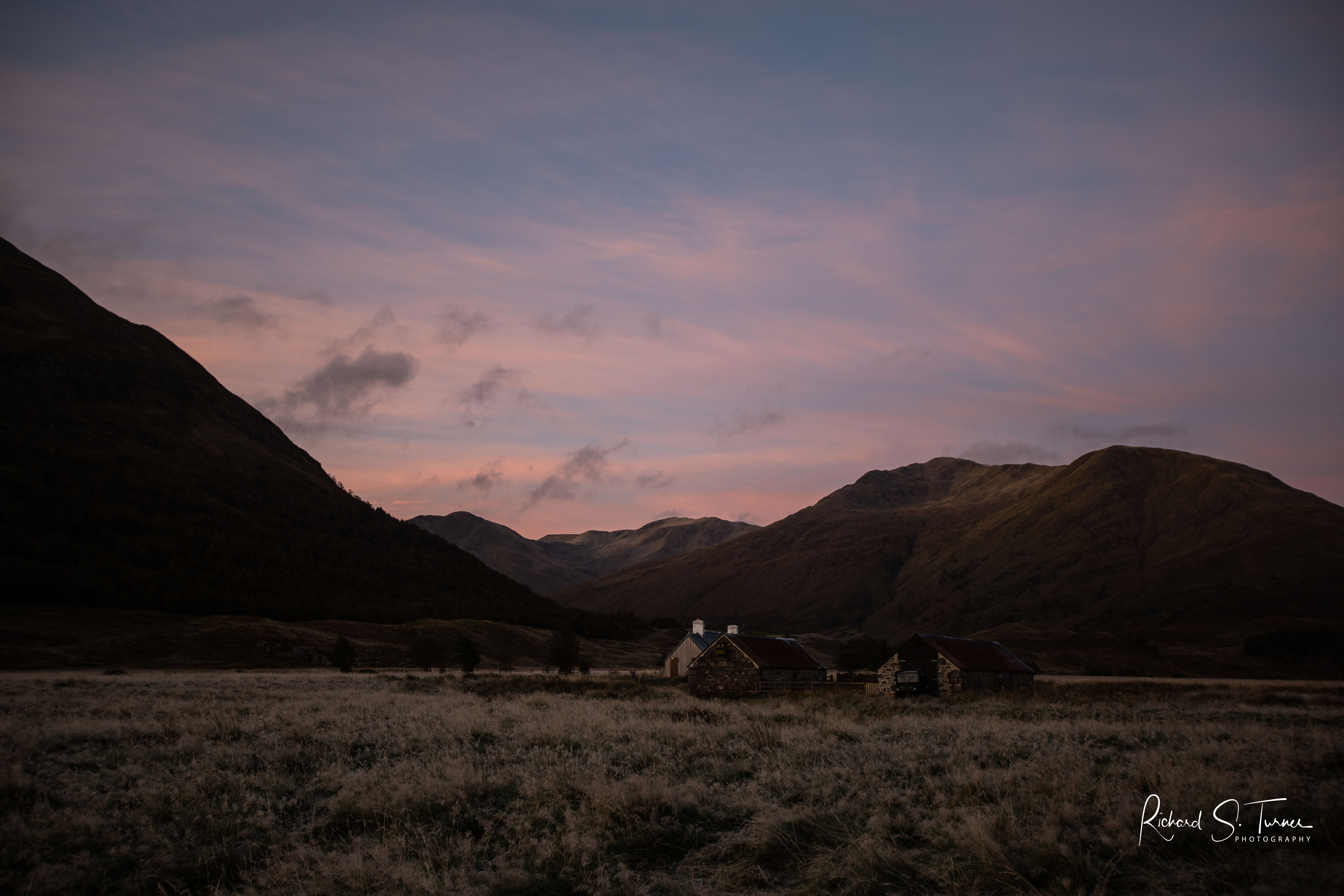 3 Responses to Dawn in Glen Affric