Dippers and a day off. 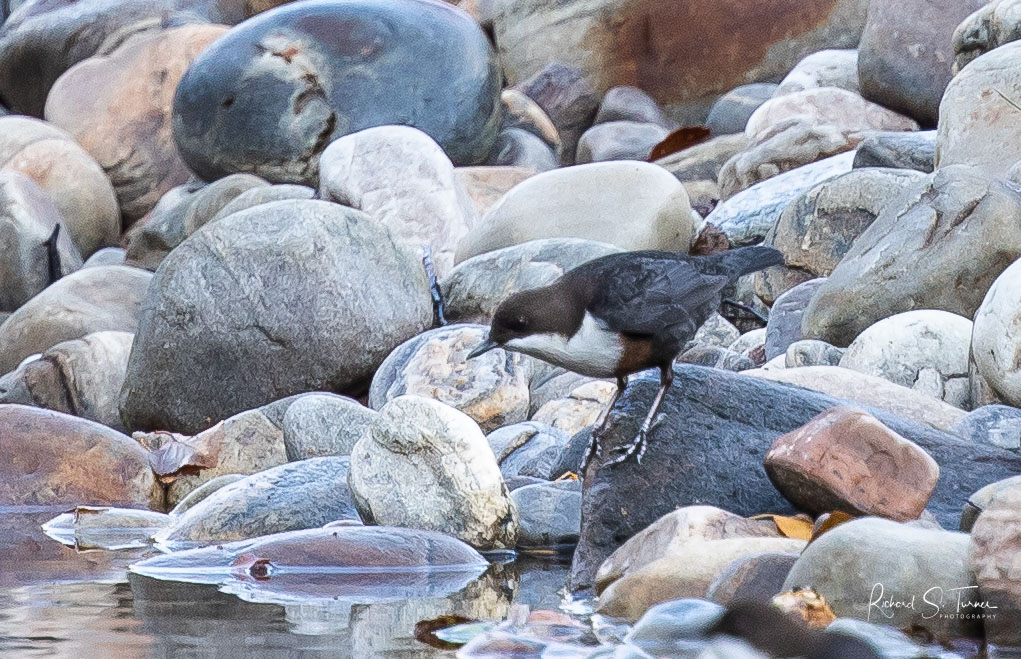 It’s Wednesday 2 October. We’ve worked for 3 hard days and now are free to do what we want. For  me it’s simple: take pictures. For the others it’s mostly walking – a chance to tackle some of the big peaks around us. Not for the first time I warm to young Graham who prefers to do very little!

I decided to spend part of the morning further upstream where the river widens and turns, creating big pebble beds, and where we had seen some Goosanders the day before. These are the lovely “saw-billed” ducks often seen on the Towy at home. Missing the obvious  path it took me half an hour of yomping through the tussocks and bogs to get there. Slowing myself down, I walk across a plank bridge. A dipper flies past: promising! I’m looking for somewhere I can be partially concealed yet still see ahead. Ah, there we are, perfect, a gap between two bushes, low down with a good view up-river. I settle myself to wait, all movements slow and careful. I have the Canon full-frame on the monopod with the big 400 lens. The camera is set at 1/400th shutter speed, f4. The dipper is there again – just about within range and I take a few shots of it doing the dipper thing of half-wading, half- swimming searching the gravelly bed for food. A second dipper arrives and they chase each other – pair or rivals? Both fly rapidly towards me and disappear behind some bushes.

I know dippers. I’ve been watching them on the Towy for years. They work the river in stages, flying for a few hundred metres and then hopping from side to side feeding. I focus the camera on a patch of pebbles just in front and to the right of where I assume they are. “Pebbles” I write dismissively! Each one is an artistic creation in its own right. We have nothing like them in my part of Wales. Not for the first time I wish I knew more about geology. Some of them look like the rocks at Cougie: 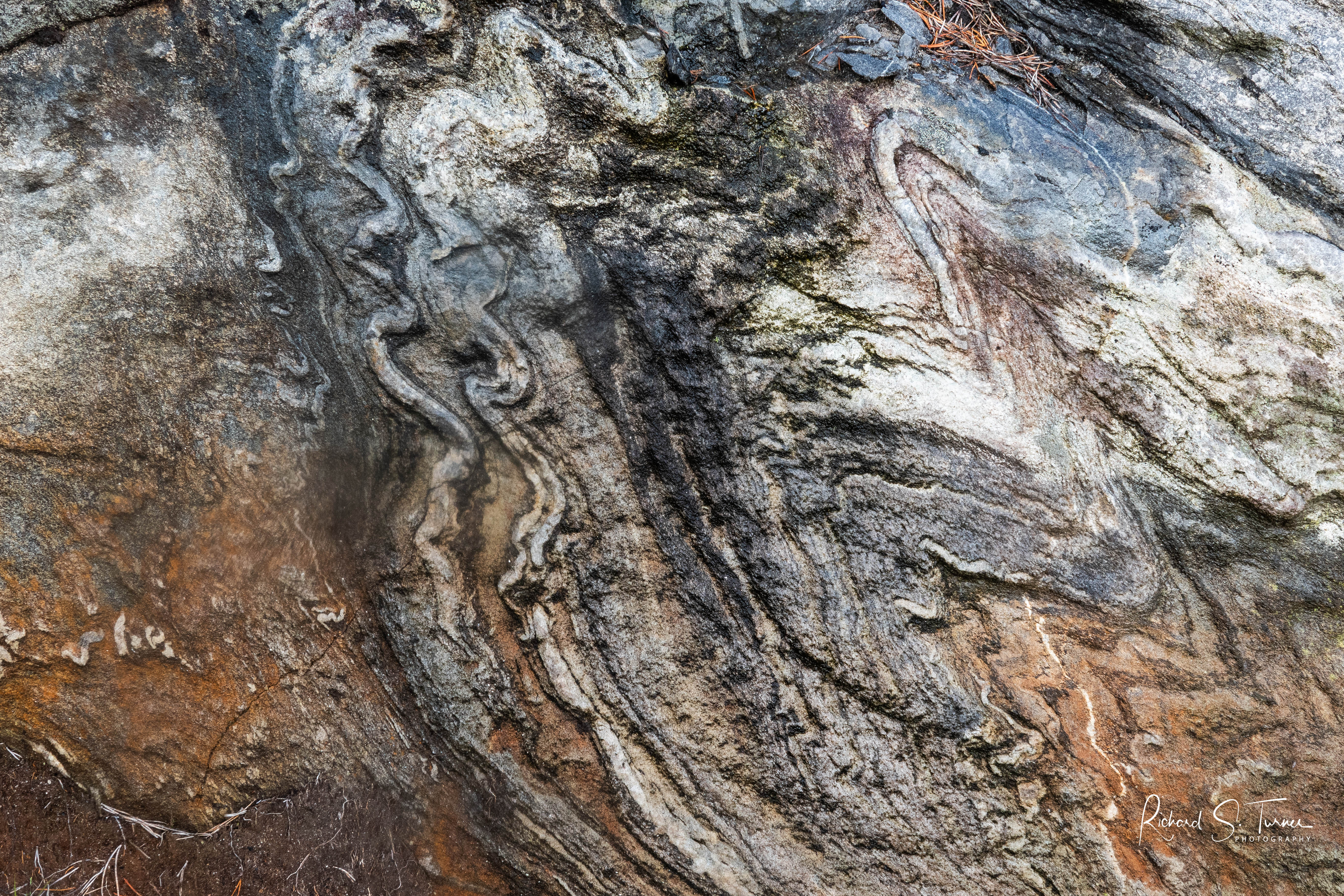 A few minutes later, as if to order,  they are there: both in front of me, dipping, bobbing, swimming. They are clearly friends, but with no sexual dimorphism (how’s that for a bit of jargon) I can’t be sure if they are a pair. Does it matter? I have the shots. I’m thrilled. 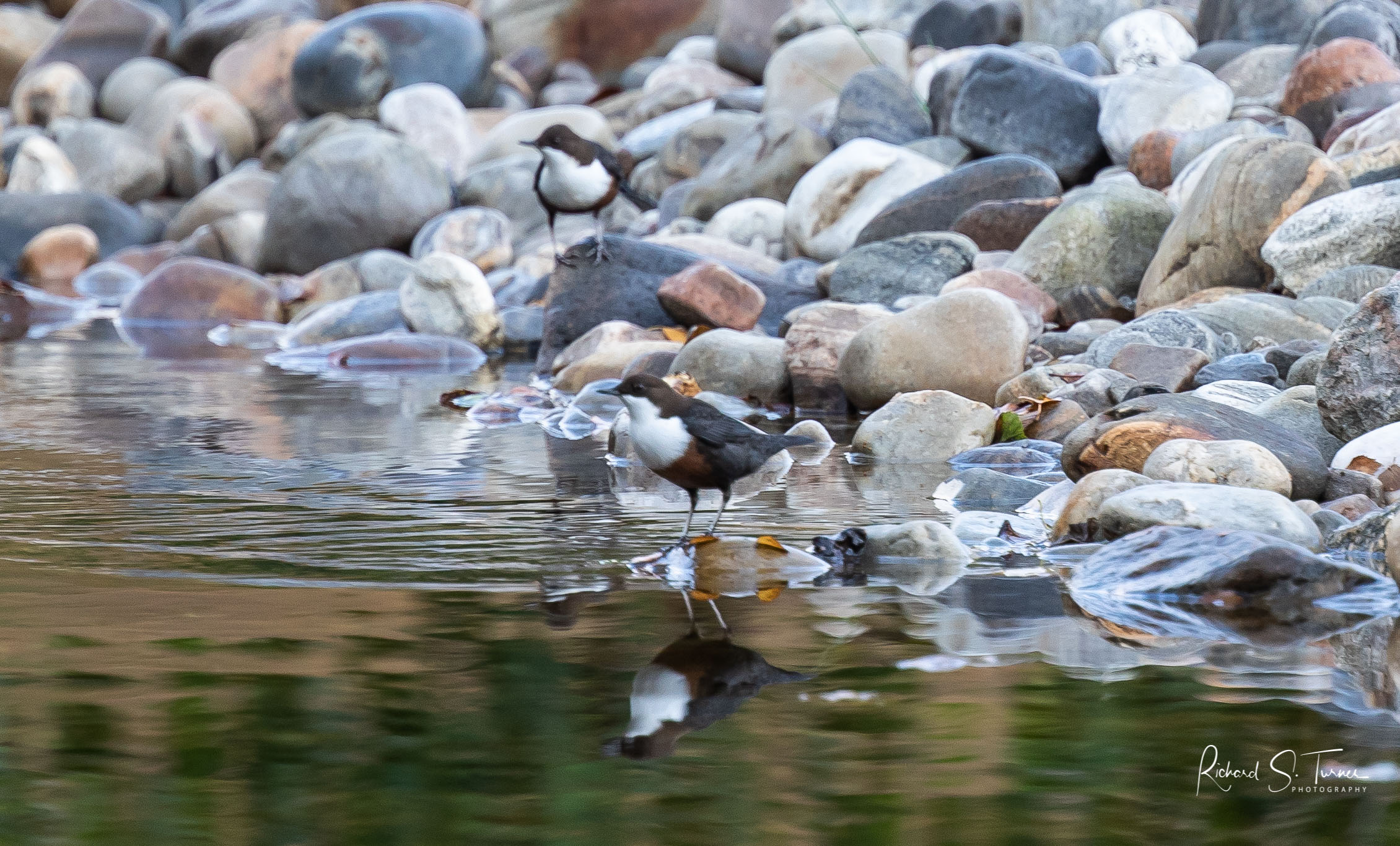 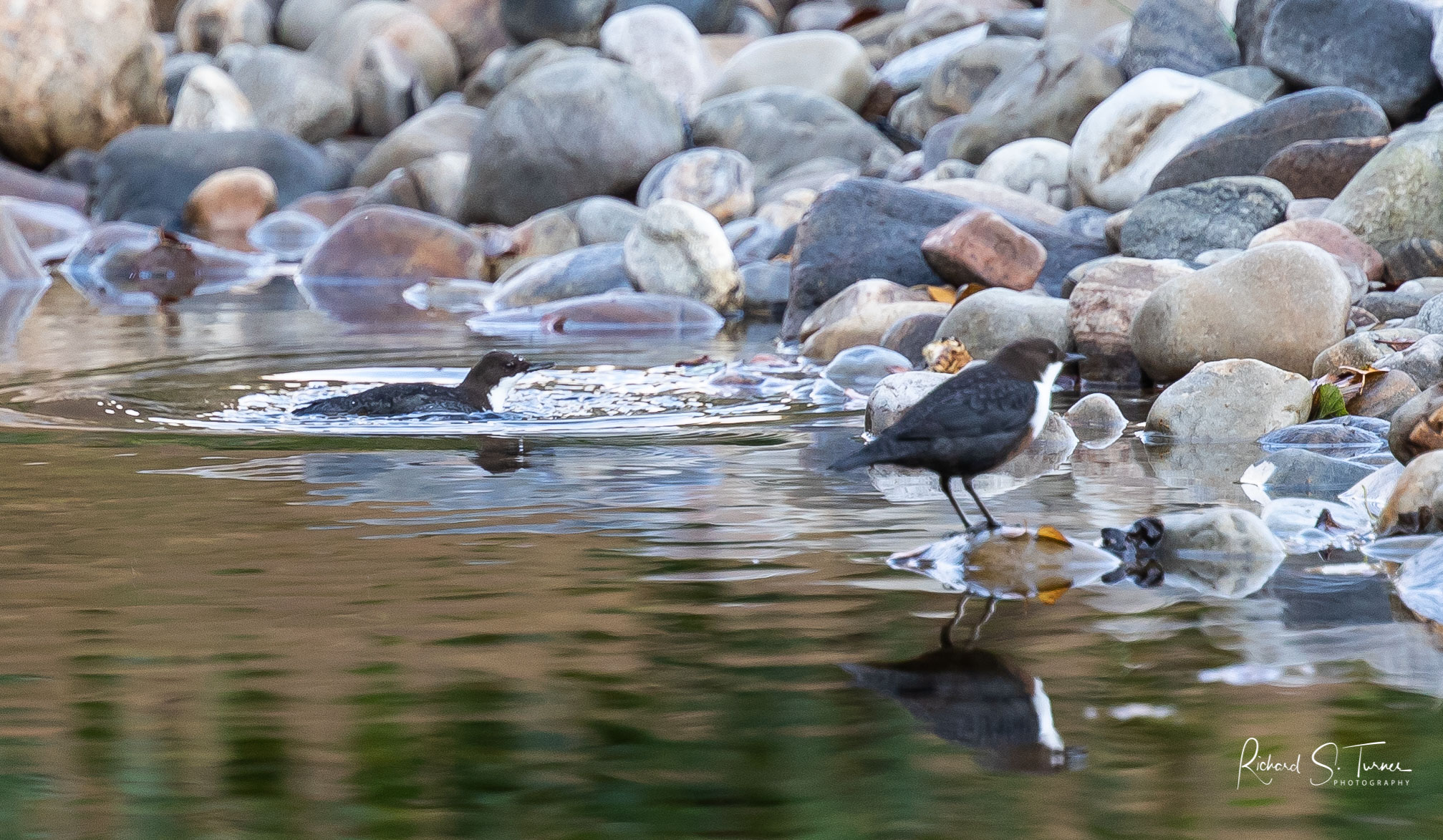 Later I get some long-distance shots of the Goosanders and this Heron who poses against a golden background, but it’s the dippers that make the day. (By the way, we are now supposed to call them Grey Herons because other countries have different ones. We are also told to call Goshawks Northern Goshawks. Is this a good thing or not?) 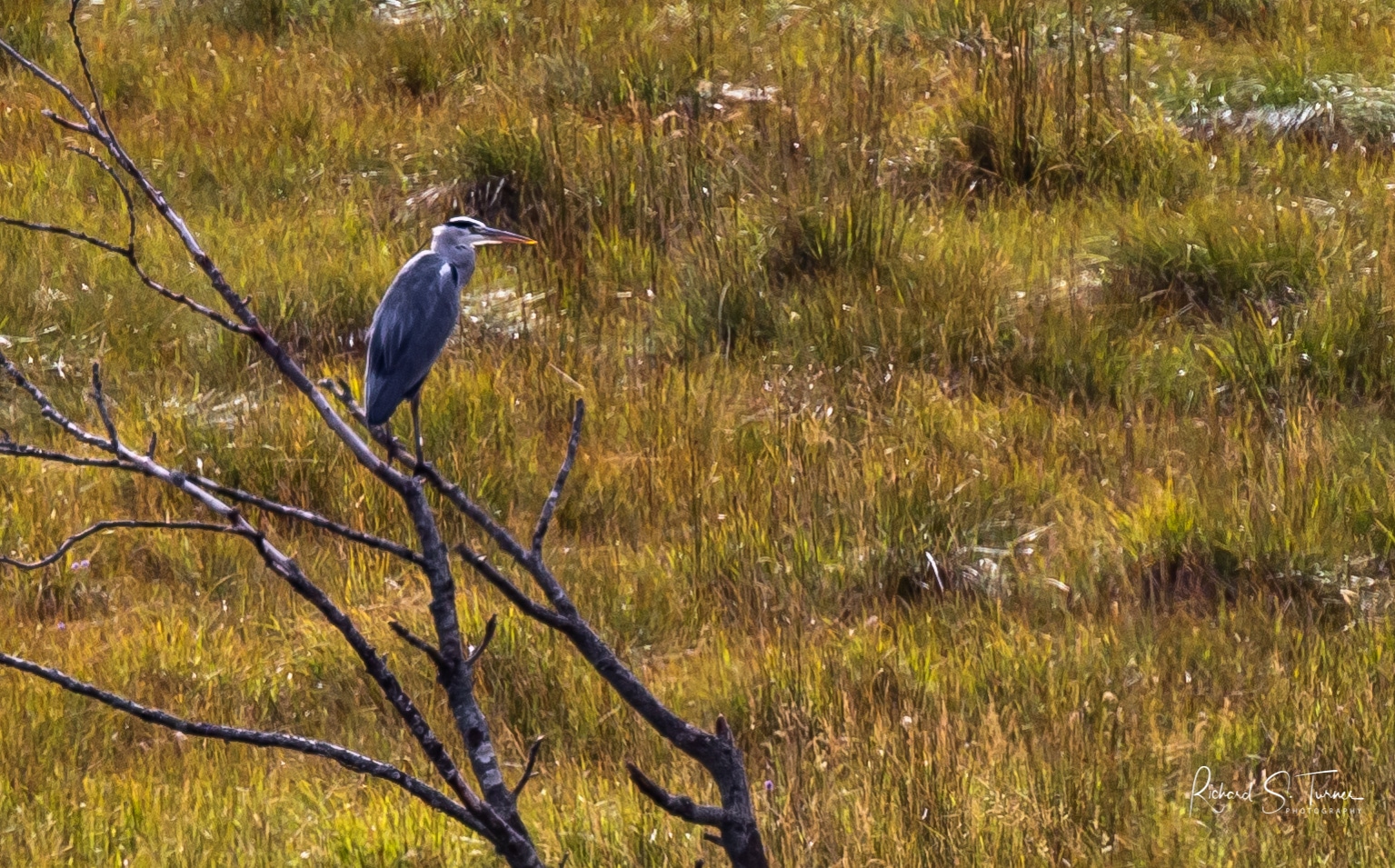 In late morning I pack some lunch and set off for Loch Soulavie about a mile from the bothy where I hope to see divers.  There’s very little cover, but towards the far end of the loch I find a big boulder with bracken round it where I can sit sheltered from the cold wind and be partially concealed while I eat my lunch.

Nothing stirs, no divers, no ducks, no eagles, not even a buzzard. The cloud moves in as I tramp back, and it gets cold. There’s plenty to occupy me at the bothy site – emergency clothes washing, general body and mind maintenance, but two thirds of my precious day was disappointing.

4 Responses to Dippers and a day off.