(Note:  it’s been difficult to get online in the last few days)

Monday 7 May. It’s my first session at a Sea Eagles hide, and I’m very nervous about how these will turn out. 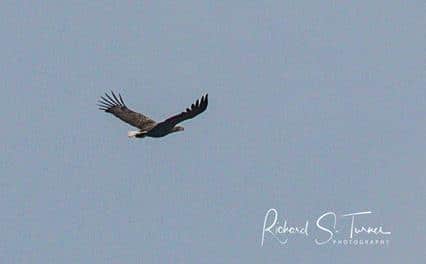 . . .and the result was: disappointing. I relied on the x2 extender lens to get me closer to the birds which were half a mile away. However, the light was poor and I ended up with very high ISO (grain or noise) as a result. Nevertheless, we watched one bird being mobbed by a crow, saw the nest and had  a brief glimpse of a 2 week-old chick. This was all about half a mile away and scarcely visible with the naked eye.

The afternoon  did much to restore my sense of wonder: the cloud thinned enough to let the sunshine through, and even though I spent most of the afternoon driving, I had to keep stopping to take pictures. 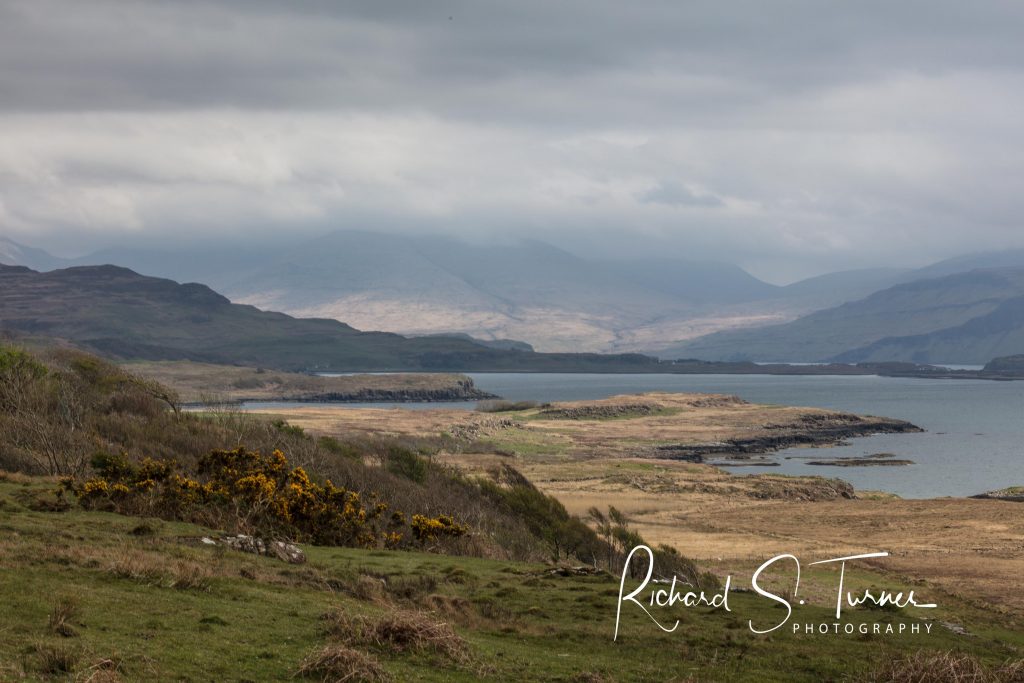 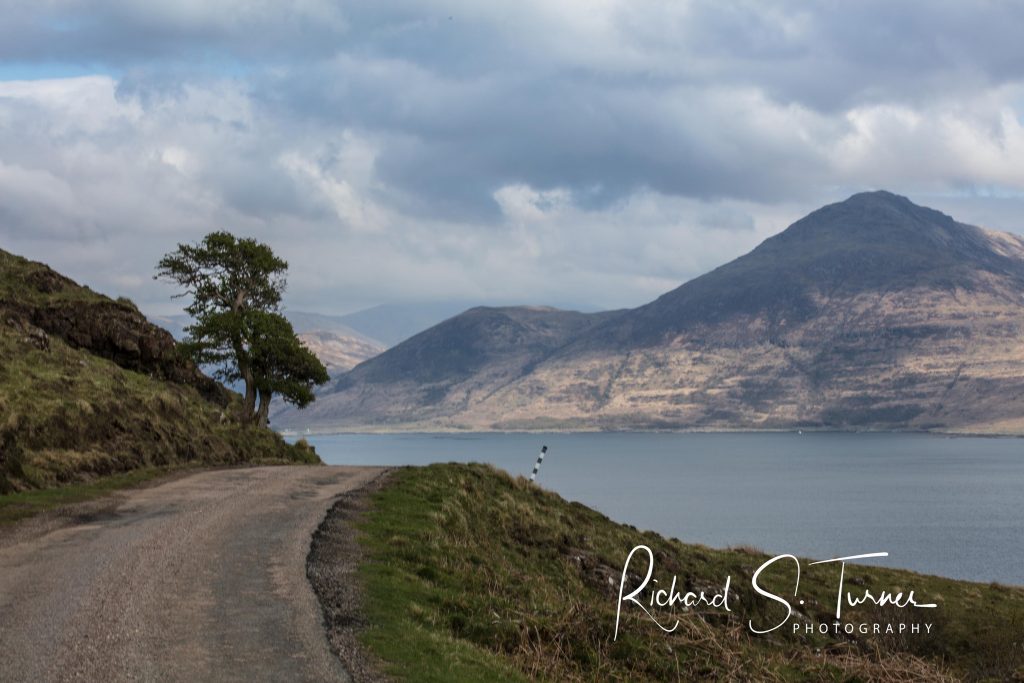 Round every corner was a new vista – partial sunlight on the mountains, still, clear water, dark pine trees, new leaves a luminous lime green,  and bright yellow gorse.   A wonderful bonus was a short eared owl hunting, and a camp site at Killechronan with the best view and the best bird watching. Sitting on the step of the van looking out over Loch Na Keal, I felt part of the family of creatures between the van and the sea: a curious sandpiper bobbing and running, a Shetland ewe with two lambs, several pairs of nesting Oyster Catchers, a brief glimpse of a Twite, and away to the right on the West shore of the lock, that distinctive row of fir trees where I took my first picture of a Sea Eagle 4 years ago. All I had then was a compact super-zoom camera, and the picture was very blurred. I swore if I was ever in the position to take the shot again I would make sure I had the right gear. From such little seeds do big obsessions grow. I have the gear but until late this afternoon when I processed a series of pictures of the trees in question, I did not have a picture with the ‘yes!’ factor. Cropping the images I found to my surprise a nice shot of one of the birds near the nest