A pre-breakfast walk down to the shore delivered no more interesting wildlife than last night. It’s cloudy and cool again with spots of rain. Last night I took some long distance shots of a young woman with a small child and got talking to her on the walk back, hoping that  she didn’t mind me taking their pictures, and offering to send them to her. She too cycled from the port with child and camping gear! She, and a few others, are camping next door, and once I had trampled down the brambles to get to the fence we were able to talk and she asked me to photograph them together – for her blog about travelling with a child! Her name is Julia and the girl is Lucia. They are from Glasgow, but have been living in Guatemala. 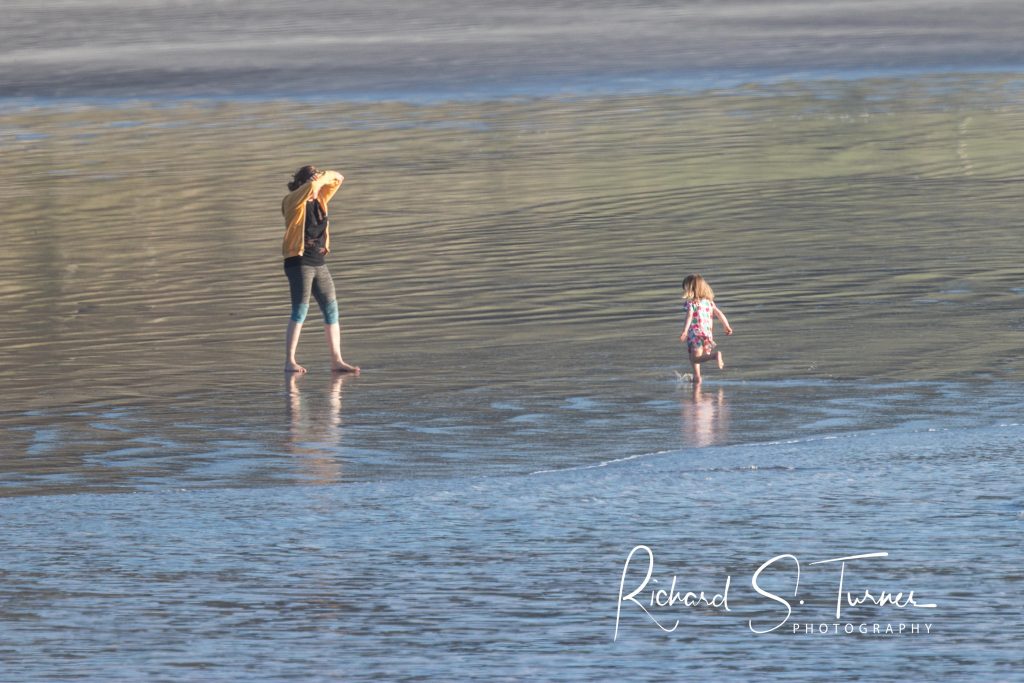 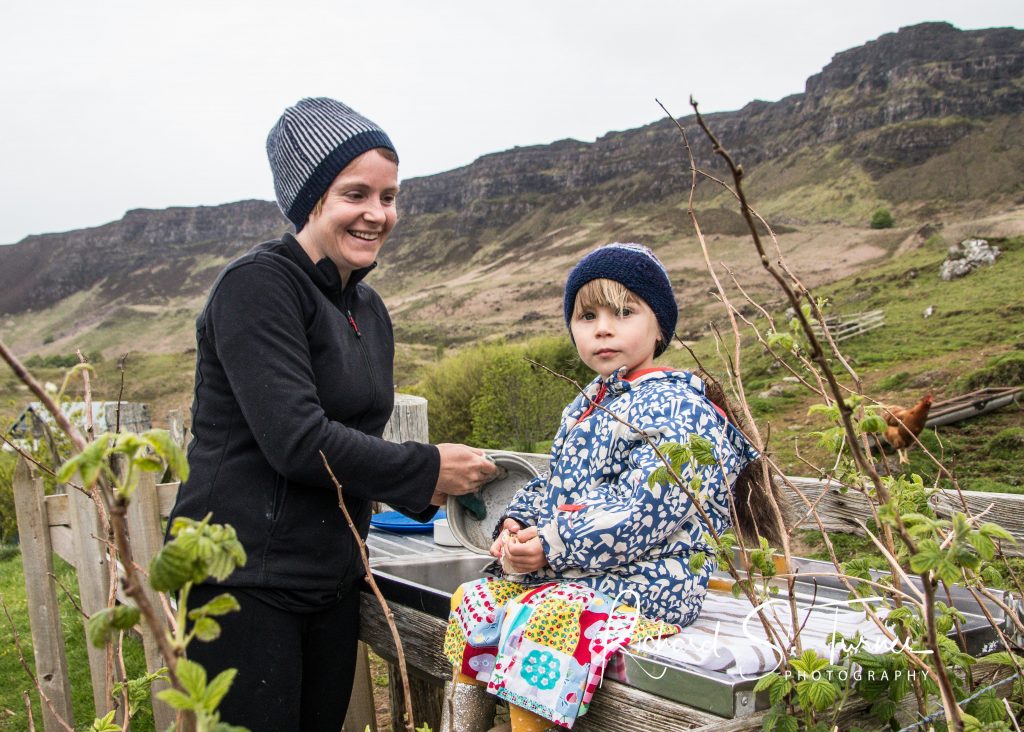 Before I decide what to do today, I need to find out if the shop will be open. So far no sign of Jacky or husband. It’s 8:55. The gas stove in the room is dangerous. It’s  possible to shut off the flame without shutting off the gas. There is supposed to be heating in the cabin, and indeed there is – the sort of heating you leave on to stop pipes from freezing. My feet are cold, but there is a hot water bottle and a kettle so that can be solved.

The cloud drifted away, the sun came out and I dithered about where to go next, a little worried about heartburn which I had been getting yesterday and this morning. In the end I decided to take the footpath to the next beach along the coast. It was glorious – lapwings looping the loop above their nests, greylag geese all around, stalking suspiciously around the fields and flying in groups across the mountains. Wood warblers were parachuting above some small willows, there were grey wagtails, ringed plovers, shelduck, rock pipits and the ever-present oyster catchers, oh and a golden eagle and a hen harrier! In both cases I had the wrong lens on when they appeared. I managed to re-mount the 400, but in  my haste got the settings wrong. It was a great experience though. The hen harrier I could only shoot with the Tamron 16-300 lens which I was using for the landscapes. 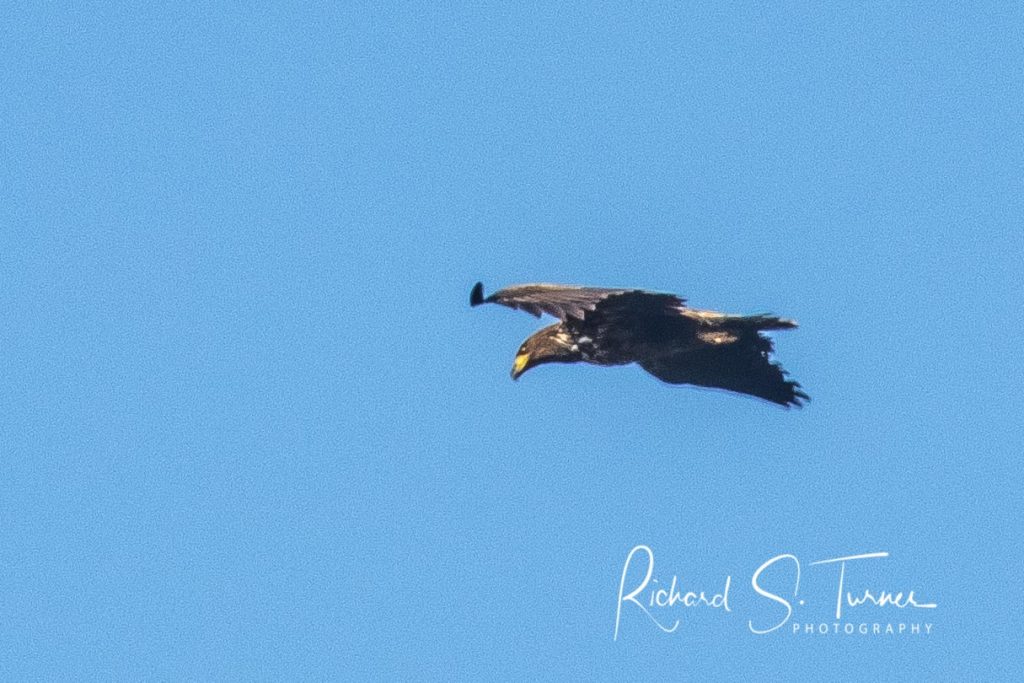 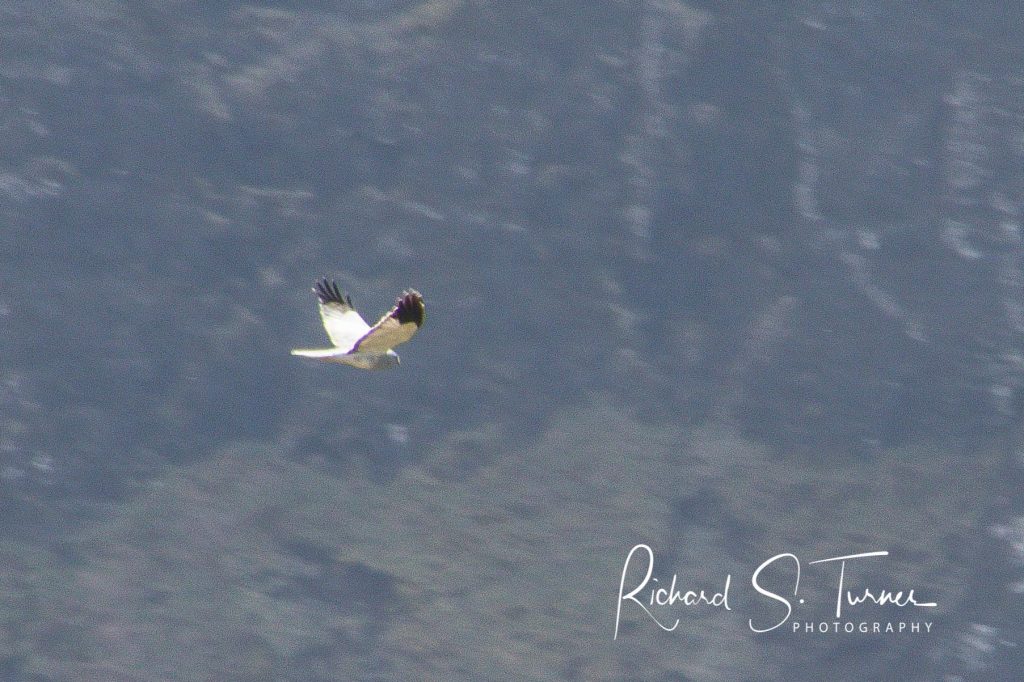 I forgot all about the heartburn.

Back for a late lunch of soup, bread and cheese, and a snooze. The another slow walk to the other end of the local beach, where I collected shots of at least 12 items of agricultural machinery slowly rotting away in the fields or sinking into the spiny arms of the brambles.

For my evening meal I had soup,  a 2 egg omelette, crackers and cheese and some meusli, plus a very frugal draft of red wine. There’s a flock of feral sheep here which at first I thought were Mouflon or Hebridean, but looking them up, I’m fairly sure they are one of the remnant ancient breeds from St Kilda, probably Soay: https://www.soayandboreraysheepsociety.org/soay-sheep  Evidently they share a blood line with the mouflon, so I wasn’t far out. 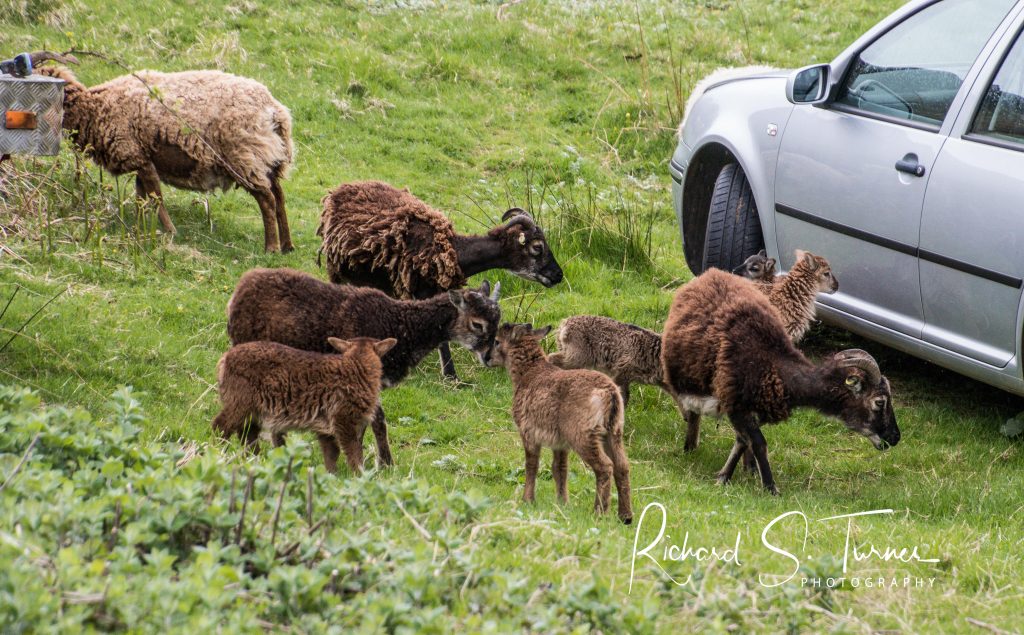