There’s a big event here at Easdale today – the RIB Rendezvous. No, it’s not a mass barbecue, but a meeting for owners of Rigid Inflatable Boats. There were a fair few people around yesterday dressed in industrial water-proofs, and the car park was strewn with boat trailers. Tonight they have an evening party with some kind of entertainment, but I don’t think I’ll risk it. 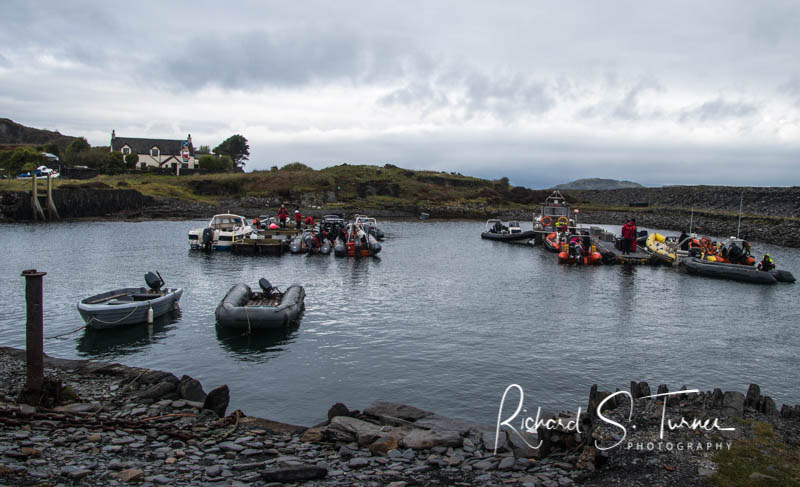 Yesterday I walked around Ellenabeich while the ferry men took their lunch hour, and then joined a young woman, with scarlet  hair and a big dog, in the tiny waiting room for the ferry. We got talking and it turns out she was brought up on the island and still lives there! I learnt more about what it was like as a child here. I asked her about the now defunct “Highland Arts Centre” which was a crazy one man project I was glad to see gone, but she had very fond memories of it as a child. Evidently the local kids got part time jobs there in the summer. I found out later her name was Lyn. 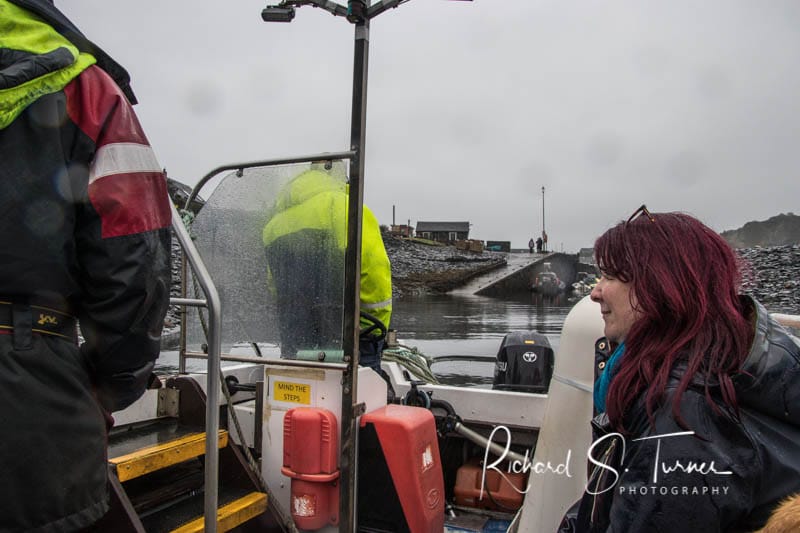 She recommended I look for books by another Easedale resident, Mary Withall, at the little museum where she (the red hair lady) works. I remembered it well from my first trip 3 years ago, and had a long conversation with a very knowledgeable lady called May, who sold me the only one of Mary’s books they had in stock: The Easedale Doctor, about one of the great institutions of 19-20th century Easedale, Doctor Patrick Gillies.

It’s still dull, but not raining, so, having spent the night in a lay by half a mile back along the only road, I plan to take the big lens over and explore more of the island. It’s not noted for bird life here, but assumptions like that can lead to lost opportunities.

The only bird of note on Easdale seems to be the Twite, a small finch. 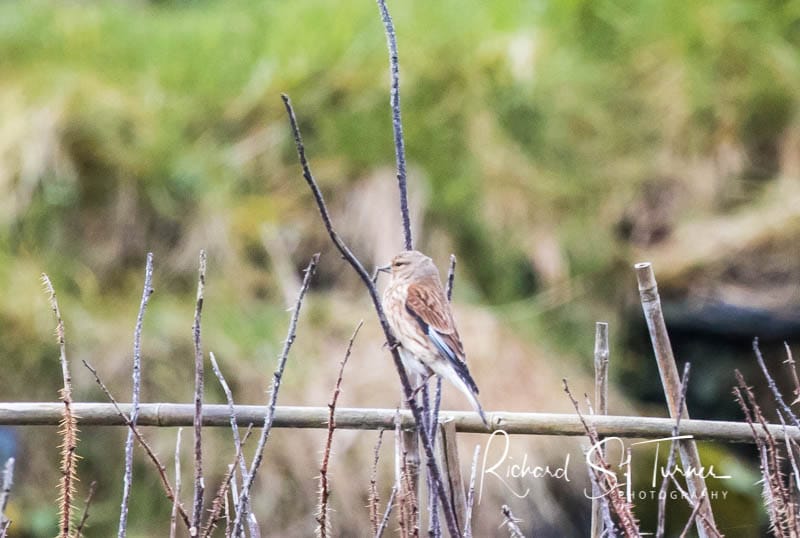 But I didn’t come her for the birds. I came to see if I could get some inspiration to get past the writer’s block on the potential thriller I started three years ago. Based on my brief experience of the island back then, I made the hero an Easdale resident and had him meet the love of his life while working on the ferry. As I was walking round looking for wildlife, I crossed paths with a youngish man with two very friendly dogs. We got talking and I told him about my project. His name is Dave and he works on the ferries, and I’m almost sure he was the man I met 3 years ago. Unfortunately I had the big lens on the camera, so short of asking him to go 50 metres away so that I could focus, I couldn’t take his picture, but I did get a better idea of how he works: he’s also a boat builder, but he didn’t have  much boat building on at present. It seemed a relaxed way of living.

It doesn’t take long to get round Easdale and it was time for a coffee, so I made my way back to the bar/café, but found it didn’t open for another half hour. The weather was steadily improving so I wandered some more and came across these lovely Ringed Plovers. I think they may even be Little Ringed Plovers. 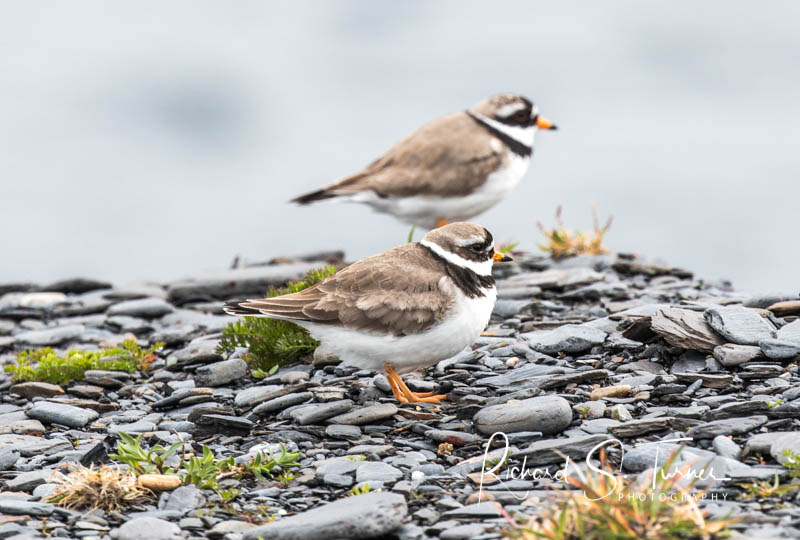 Back at the café I got an excellent esspresso and flapjack, and then decided I would try to find the author of the book I had been reading. A lady at the museum showed me which was her cottage, so, feeling rather nervous, I knocked. Here she is in her warm and tidy living room telling me all about how 60 people live together on a small island. 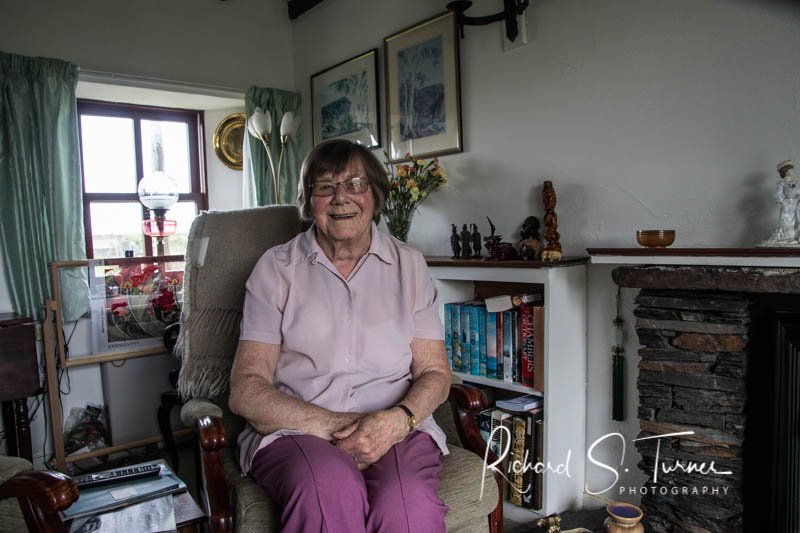