Eigg – life at the margins

The ferry to Eigg is surprisingly large – it has a saloon and a café. It’s a car ferry but there is only one car on it, plus a lorry with various scruffy looking objects in the back. Otherwise it’s all foot passengers, and there is a row of cars and a bunch of people waiting to greet some of the colourful, and characterful crowd lugging our luggage up the ramp. I love it – a life less ordinary. 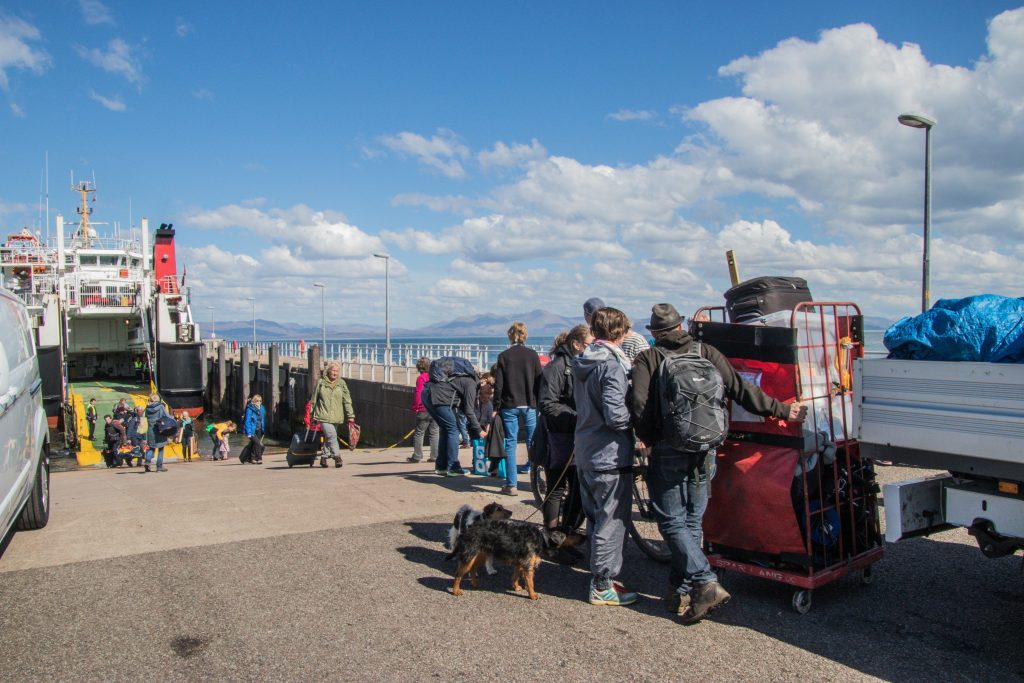 I’m sitting outside my “cocoon” in north Eigg waiting for the sun to go down behind Rum. It’s been an amazingly warm, calm day, and to arrive such a special place on a day like this is to experience something way beyond the ordinary. In the end I brought far too much stuff, and the bike ride was tough, but once I got up to the centre of the island, once I had taken my warm lightweight jacket and cap off and cooled down, I felt the silence and the beauty of the place. When I arrived and met Jacky who showed me round the ramshackle collection of cabins, it didn’t seem to matter that the restaurant down the road was closed, that I had virtually no food, or that the shop was back where the ferry came in – 4 miles away – and would be shutting very soon. A taxi there and back would cost £20, and worse, would make a nonsense of my strenuous bike trip. She kindly raided her larder and came back with a bag with some white sliced bread, a tin of tuna, some tinned soup, a pack of cheese, some jam tarts, a jar of jam, most of a packet of meusli and a glass of milk. I had brought some nuts and dried fruit, so I had all I needed for my two night stay. 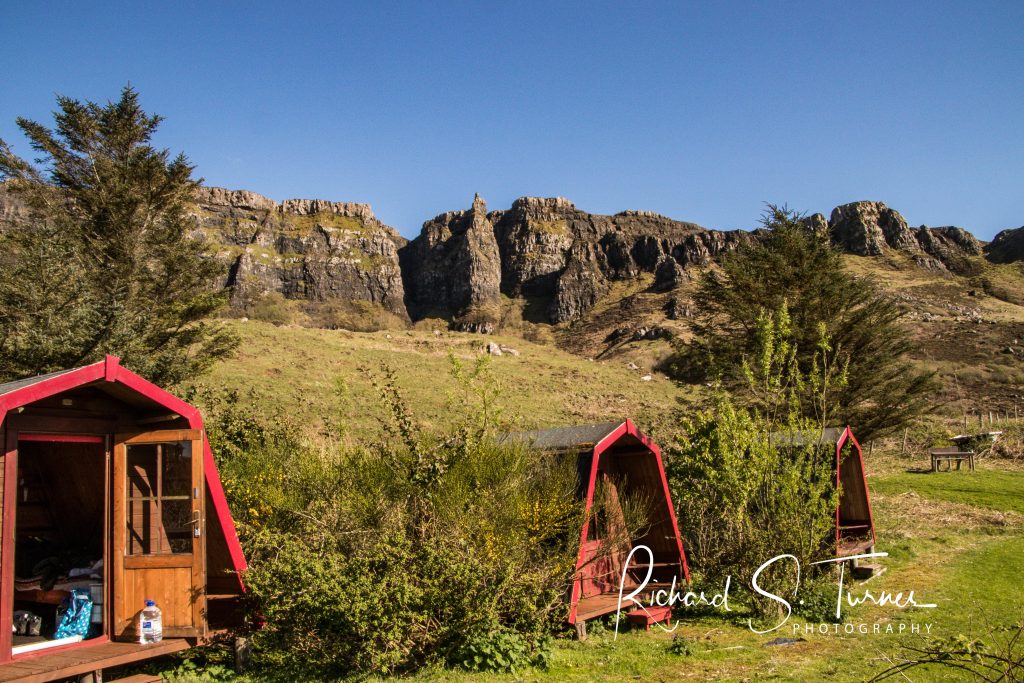 It didn’t matter because I was in the sort of place which has always fed my soul: a place where humans have made little impact. You sense we are here under sufferance. Let our hold slip, and nature will heal the wounds.  And the location is stunning. Those sheer cliffs behind us are 300 metres high. 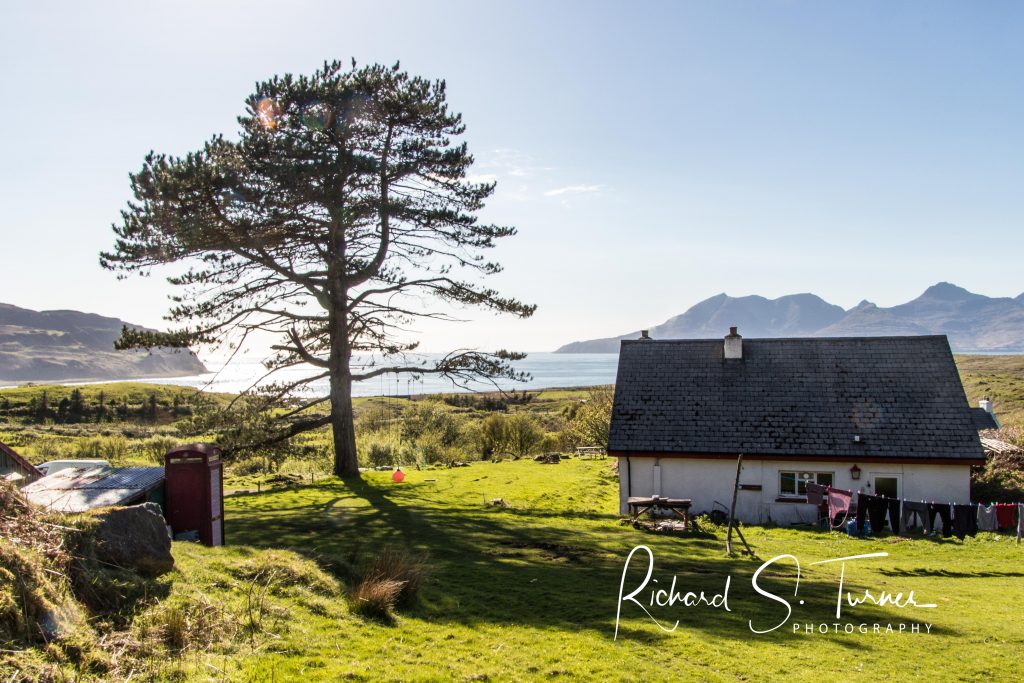 And this is the view:

This place, Tigh an Sithean,  is slipping. There’s an ancient camper van up on blocks, an old landrover with wheels missing, a dead car, some old gas bottles. The shower, toilet and kitchen are home-made sheds with ill-fitting doors next to what was once a sort of bar called “The Whale’s Head”, and there outside it is indeed a small whale’s head and part of its backbone, draped around a plastic heron. 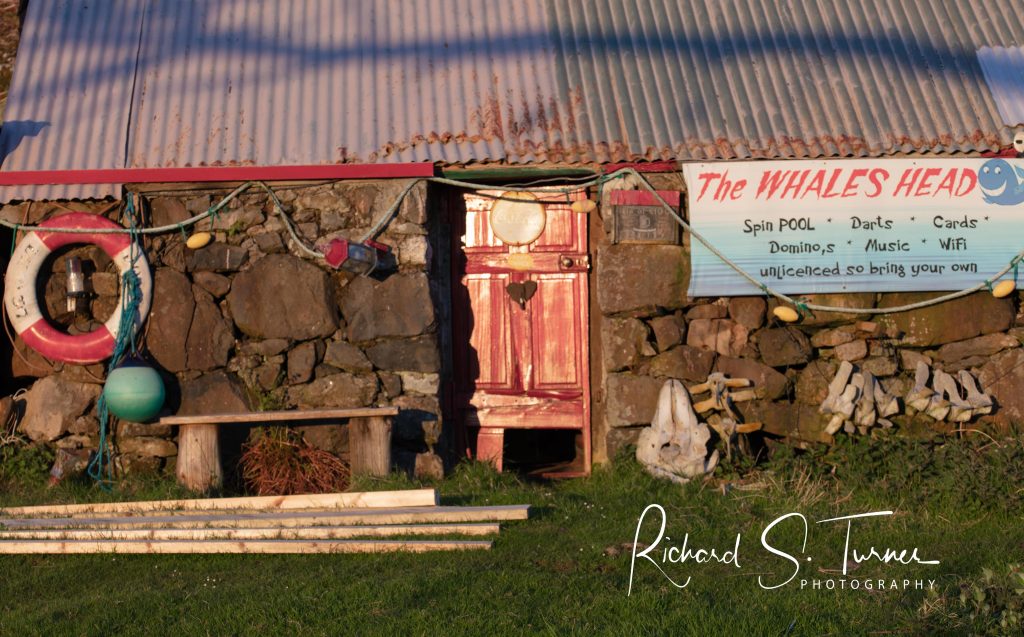 I opened the door but it’s stuffed with junk. It’s an unfortunate feature of small island life that getting rid of junk is expensive, so it is left – bits of machinery, chunks of metal and plastic overgrown with brambles. 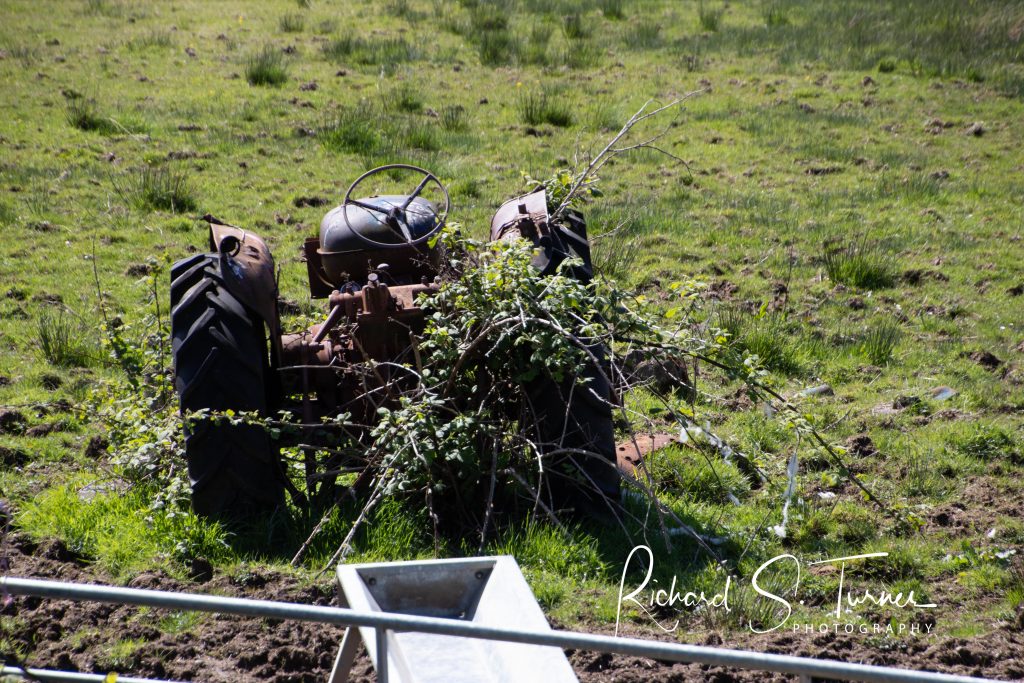