Eigg on my face.

I take a lot of pictures, but only a few will be worth keeping. Some obvious duds I delete with the dustbin button on the camera. Mostly they stay on the memory card which, back at base, I remove from the camera and place in a card reader which is connected to my computer. I then look through them and delete a few more before copying or moving them to my hard-drive. I then load them into the editing software Lightroom, which copies the pictures to a different location in the computer. You still with me?

Yesterday I walked as far as the path would take me along the Southern part of Eigg, with the An Scurr ridge towering 300 metres above me, the sea to my left, with the Isle of Muck in the foreground and the mainland behind it. 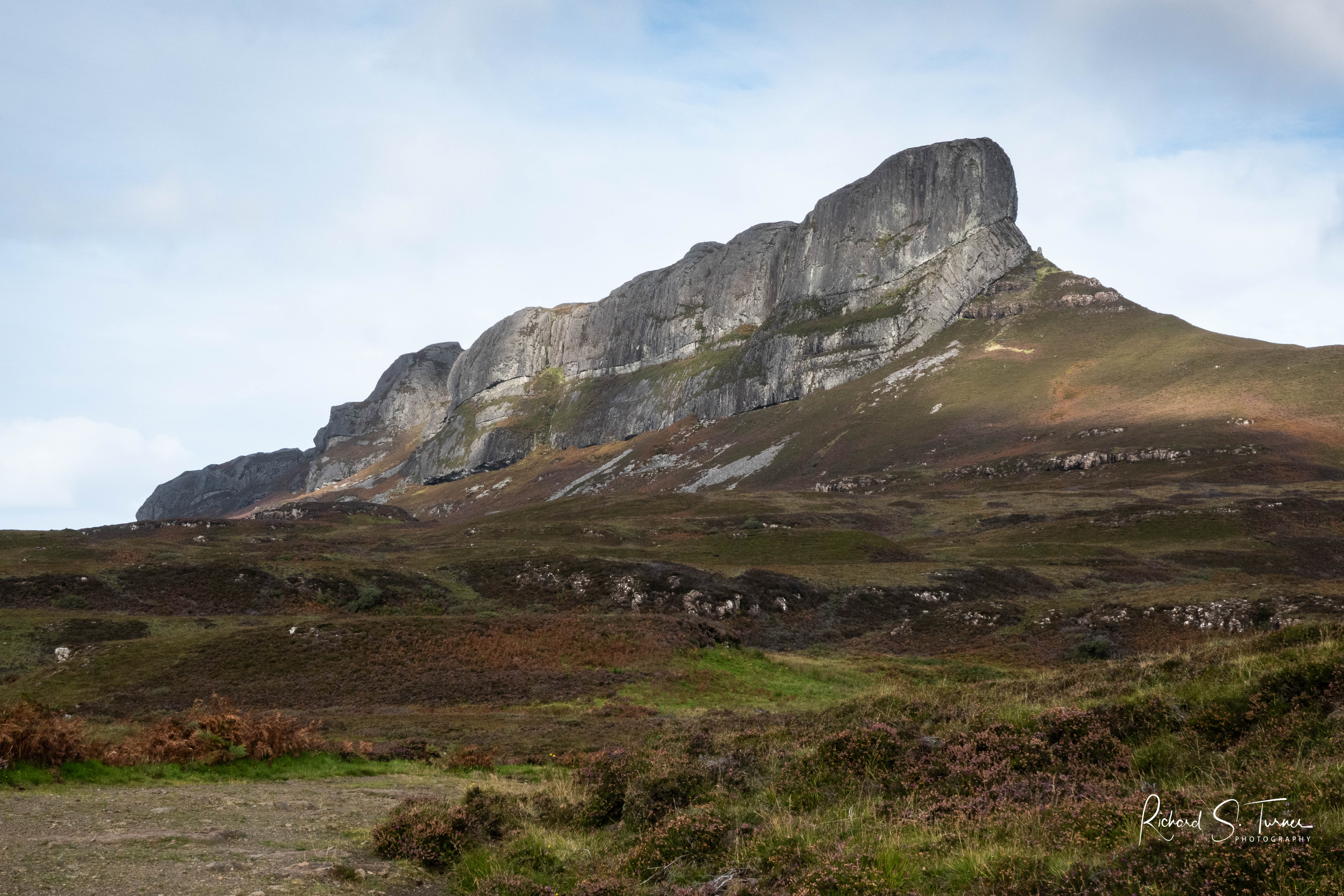 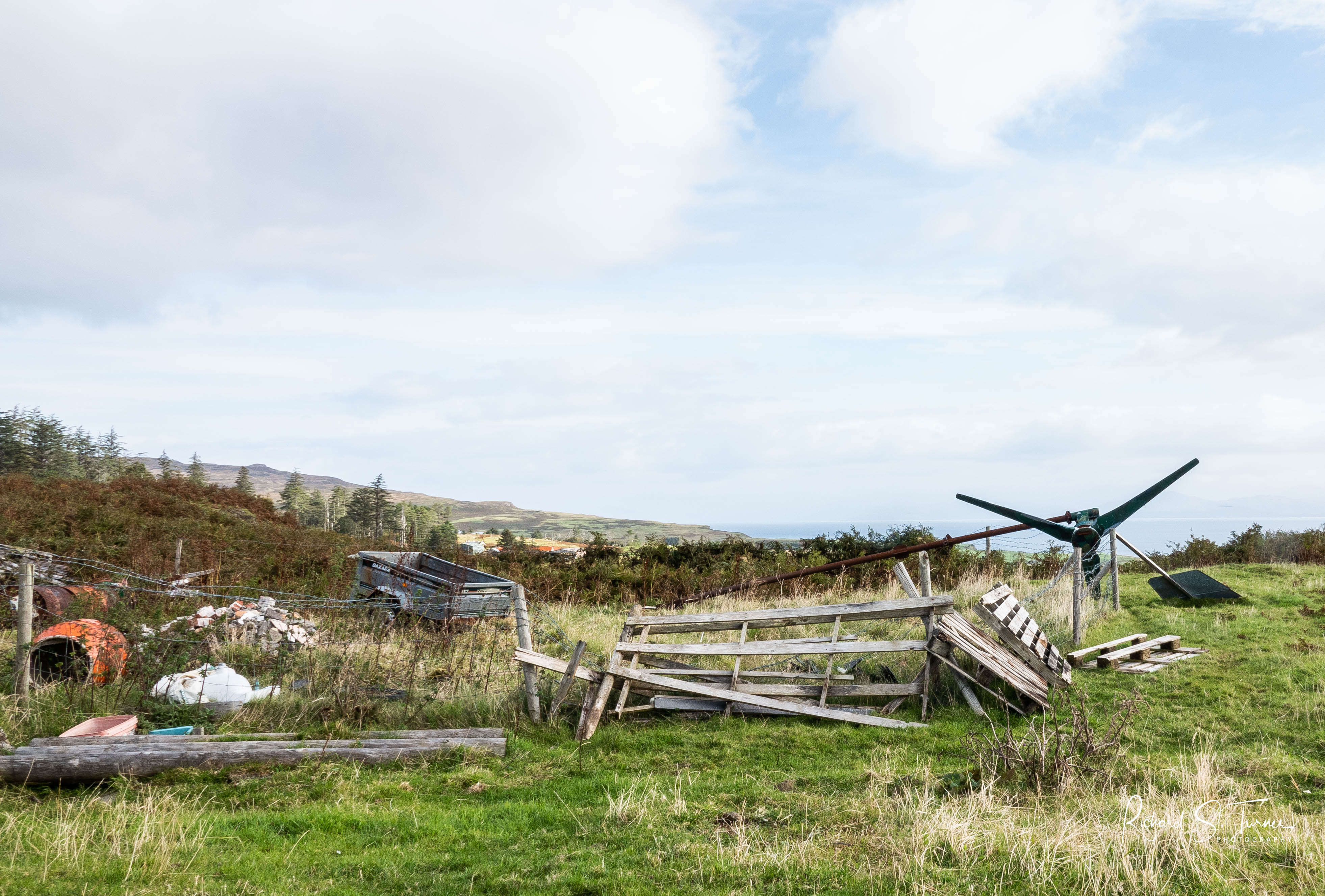 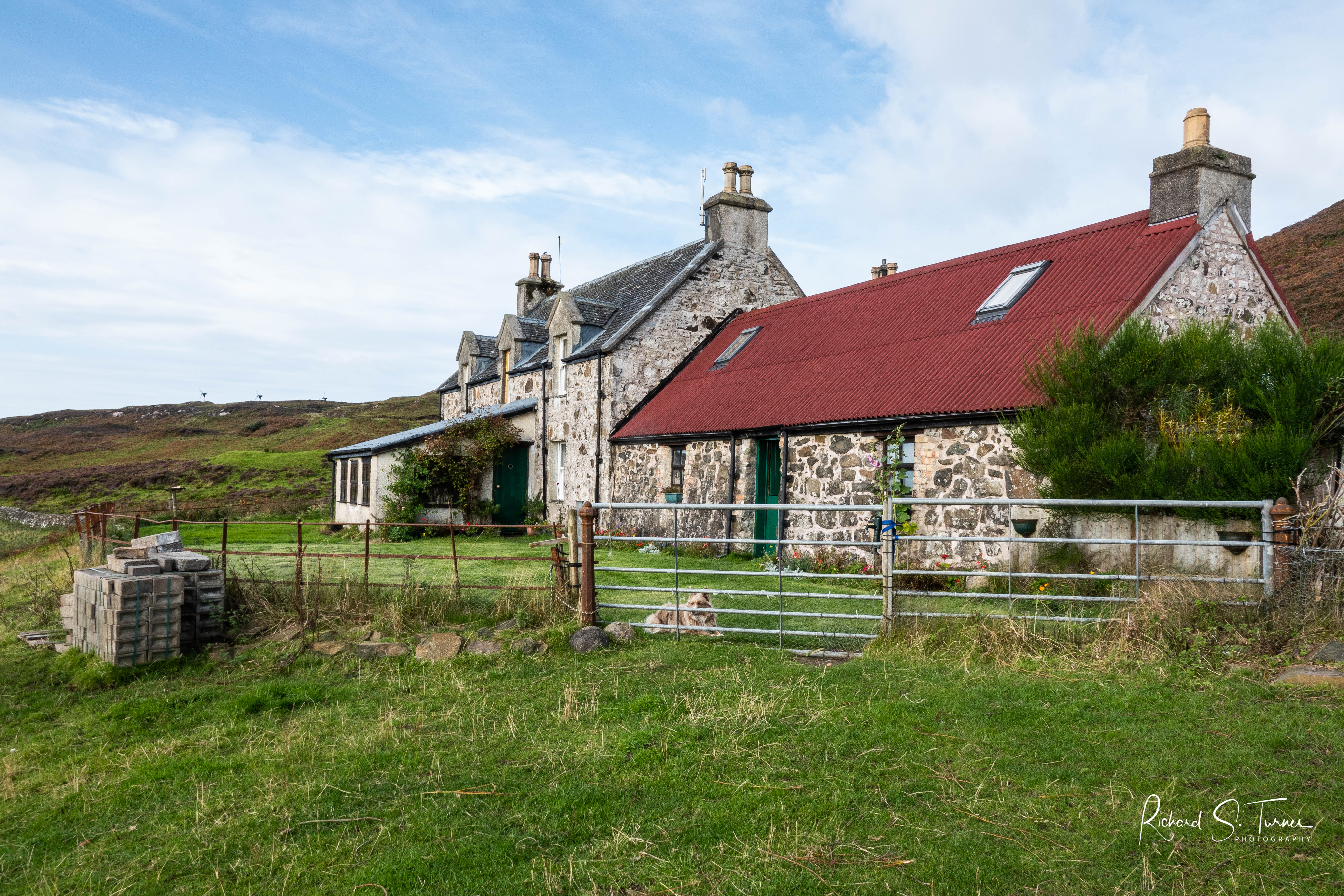 Wildlife was far from plentiful, but I watched a Golden Eagle chasing doves, caught a glimpse of a Peregrine in a low stoop down from An Scurr to the sea, and several times saw a kestrel. None of these were close enough or slow enough to get in focus, but I did get three shots of a Short Eared Owl flying, and a few good landscapes. 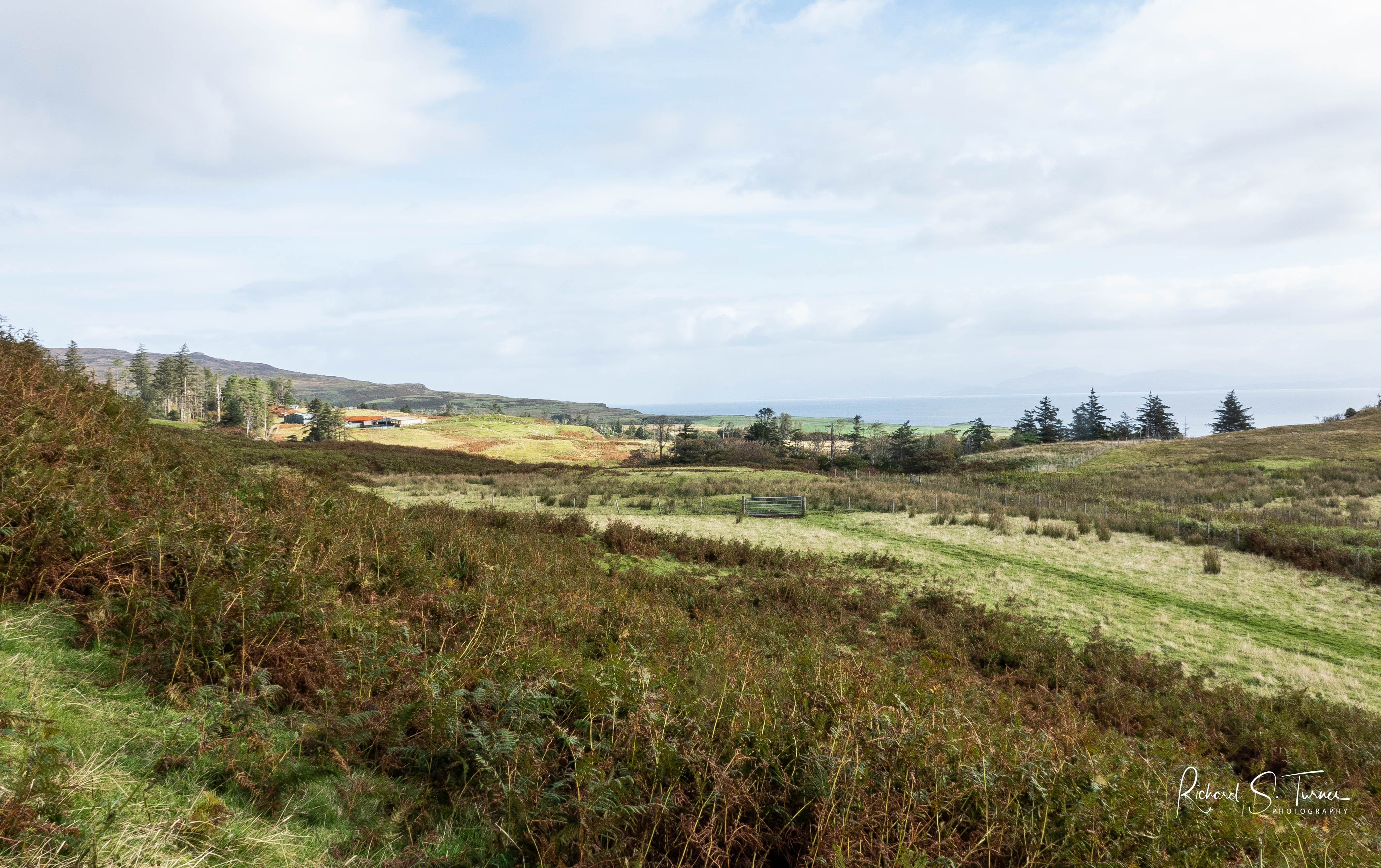 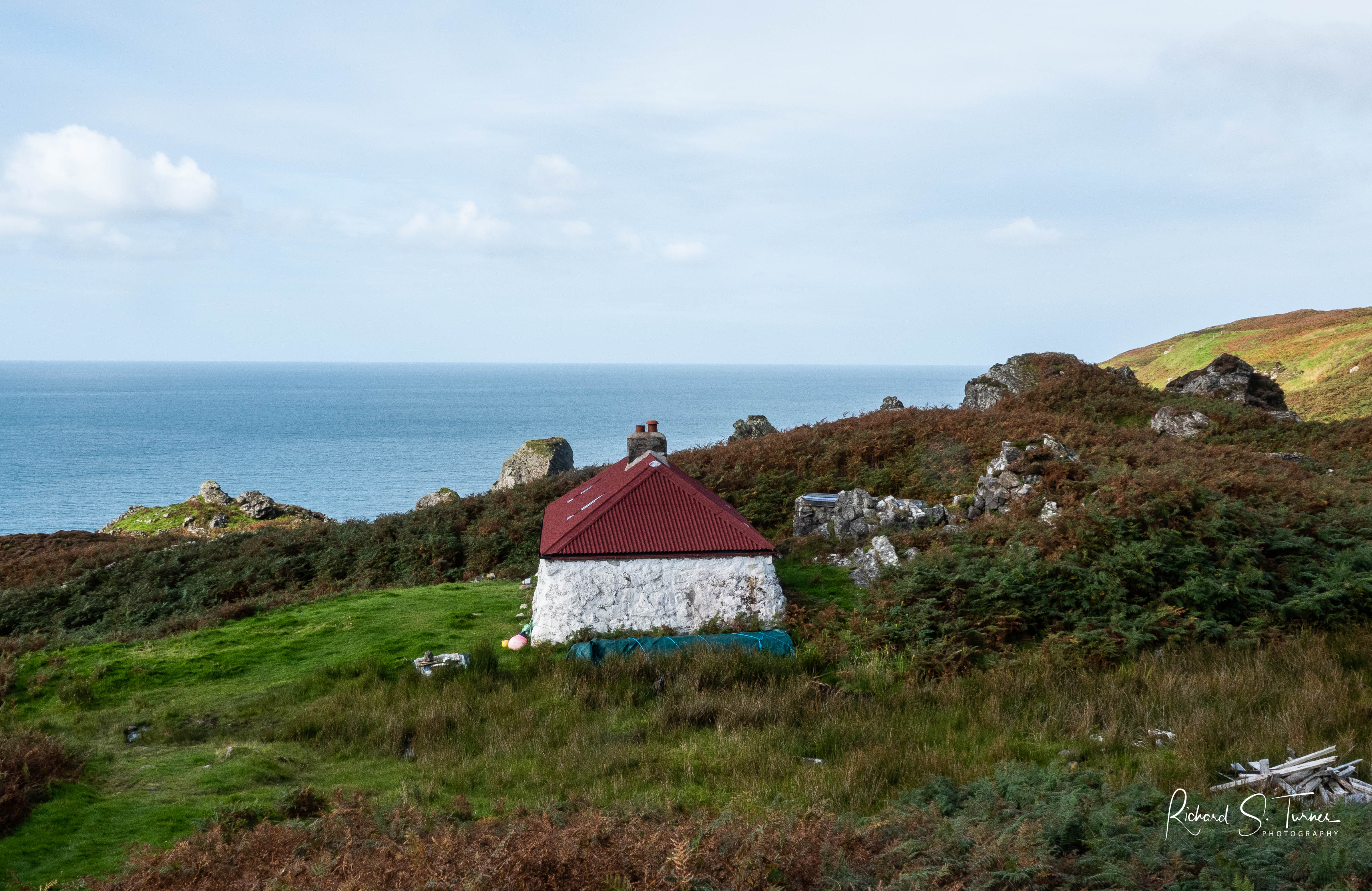 The little black house had signs of use – perhaps a walker’s bothy. I saw the end of a polythene pipe close to a spring further up the hill so guessed it would be shoved into the water when water was needed in the bothy. Below it were the ruins of the village of Gruilin. Hugh MacPherson owned the island in 1847  and decided he would rather have sheep there than people and evicted the inhabitants- a common fate of crofters during the Highland Clearances.

Sheep were then more profitable than people. On the mainland, the peak sport of the upper classes – deer stalking – also took precedence over people. How ironic that people are now being encouraged to return to the Highlands and  sheep and deer are being cleared in favour of grazing animals such as cattle, ponies and feral goats which better preserve the environment.

I had checked one of the owl shots on the camera and blown up the bit in the middle where the owl was. It looked good – nice and sharp even when heavily cropped.  When I got back to the hostel I put the card in the card reader and went through the pictures. There were several of a boring looking landscape. They all looked the same so I only kept one. The remaining pictures I moved to the hard drive, and since there was now nothing on the card, I formatted it – ie deleted all the information and re-set it.

I was some way into editing the landscapes, when I remembered the owl. Where was it? I looked carefully through them all and the only candidate was the boring looking landscape. Sure enough, when I magnified the central bit there was a pale blur which could have been an owl.

Howling and grinding of teeth!  I had deleted the only two pictures which would have made carrying the camera really worth it on that long walk.

This entry was posted in This Wild Life, Travel, Uncategorized. Bookmark the permalink.