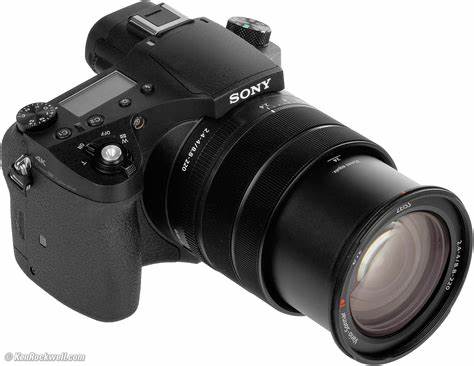 Having been using three Sony cameras and a variety of lenses during the last 6 months, I now feel that I have close to an ideal set-up. One of these I have used for a year or more – the RX10iv Bridge Camera. The other two are Alpha full frame A7iii and A7Riv.No amateur photographer needs 3 cameras, so one will have to go. Accepting that age has reduced my reaction times and short-term memory, the idea of having one set of controls on two cameras is attractive. For several months I worked on the idea that one of the Alphas would be used as a general purpose travel camera and the other for my main interests: wildlife, macro and landscape. I already knew I didn’t want either of the Tamron all purpose lenses (16-300 or 18-400) but thought that Sony’s 18-200 might take the place of the RX10. It didn’t take me long to discover that the RX10 won hands down. It may have a small sensor, but you would be hard pressed to see this as much of a problem. The problem lies in the different architecture and software. The RX10 has an awkward turn button on the LH side to alter the focus mode and has a physical ring to change the aperture. It also has two less programmable buttons than the Alpha series.Now that I have decided that I would be mad to consider selling the RX10 I find I can move between the two Sony systems much more smoothly than when I had a Canon as my full frame camera.Having got that out of the way I want to share what I think is the outstanding feature that the Sony system offers. Put simply, without taking my eye from the viewfinder, I can, with my thumb, operate back button focus using the AF-On button, AND I can rapidly change all of these:

With three controls grouped round the shutter button I can do this:

Oh yes I can! I have two custom settings for birds in flight: One is set to a shutter speed of 1/1000 for big flappy birds or more slowly moving objects, and the other to 1/2500 which will stop most movement. Both settings have tracking focus, high speed burst mode and appropriate aperture etc. Now, here’s where it gets special: Each setting can be engaged instantly by holding one of two programmed buttons with my thumb, and as long as I hold down the button the AF tracks the subject. As soon as I let go it reverts to my previous settings. This gives extraordinary control. If, for example I have focus mode to DMF (Direct Manual Focus) I have two ways of magnifying the focus point. I can either use the focus ring while holding down the AF-ON button, or I can use a pre-programmed button to engage focus magnify. If, having taken my perfectly focussed shot I suddenly see a moving target, I simply hold down one of my custom hold buttons and I’m instantly in tracking mode and firing off a rapid burst.