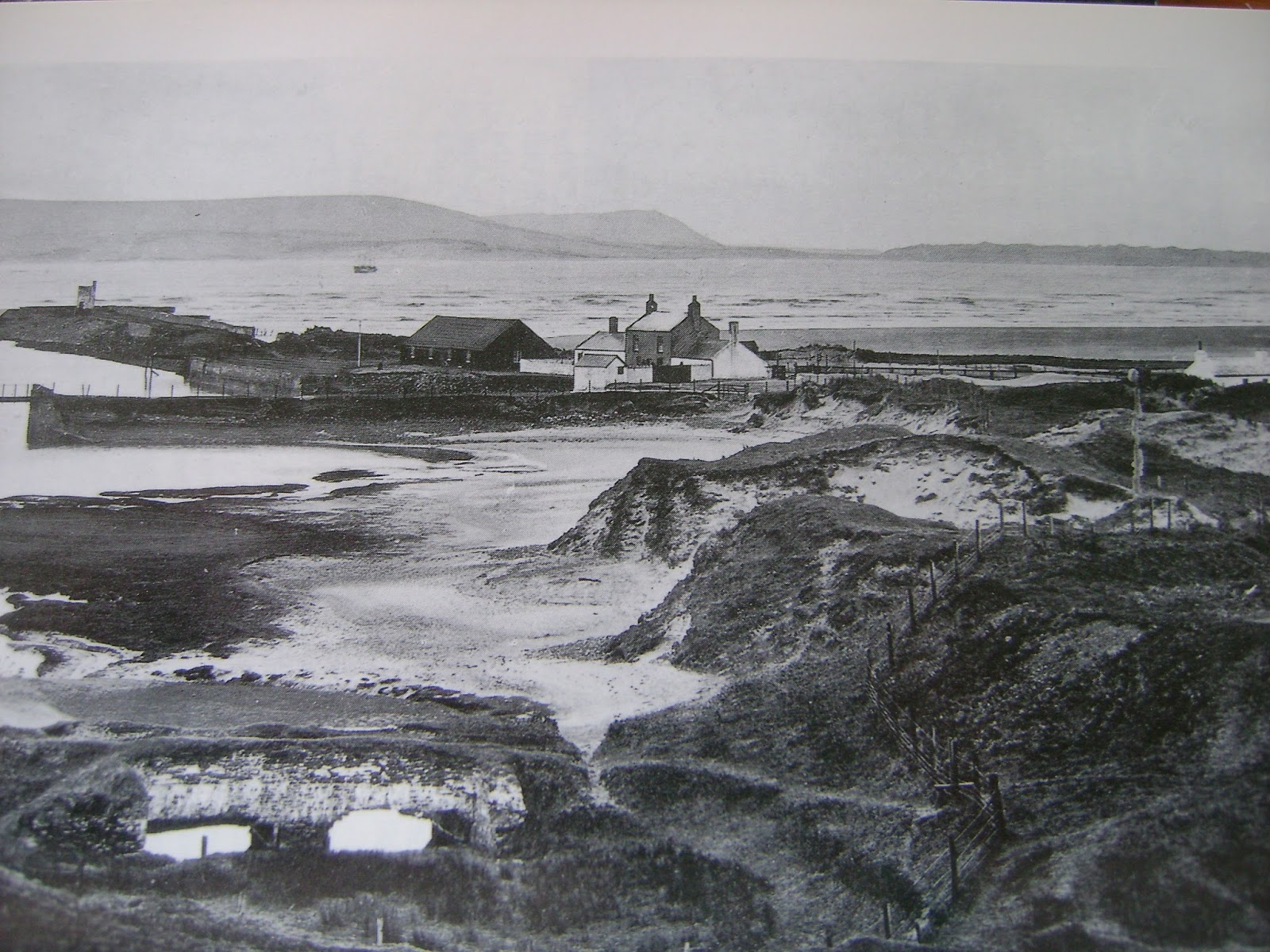 At the far eastern edge of Pembrey Burrows, a wide tidal creek divides the dunes from the long disused pier at Pembrey harbour, and provides a normally safe roosting site for thousands of Oyster Catchers – small back and white birds with brilliant red bills. They gather at the shore line, looking from a distance like some form of black tide wrack. This last week-end however spring tides as high as 9 metres were expected along the south coast of Wales.

The weather forecast was uninspiring to say the least, but it was an excuse to get wet somewhere else, and I had been here before. The peak of the tide was due around 17:00, but well before dark I expected to see some big flocks taking off as the rising sea, driven even higher by gale force gusts, drove them out of the shallows.

I battled against the wind to the far end of the jetty where there is a bit of shelter. There are no buildings here now, the harbour has been filled in and it’s hard to imagine its industrial heyday. I trained my binoculars on the opposite shore. As well as all the Oyster Catchers there were some tiny silvery looking waders. Too far away to get any decent pictures with my Sony 100-400 lens, these grainy shots showed they were Sanderling. 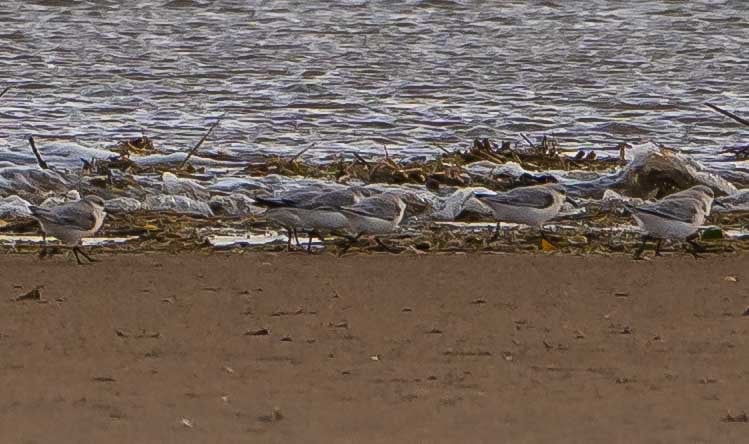 Small groups of birds were taking off and circling, and I realised that things were building towards some big flight shots. I needed more fire-power and quickly strode back to the van parked on a bit of rough ground mostly used by dog-walkers. Half an hour later I was in position with the big Sony 200-600 and even before I reached the end of the pier I was surrounded by birds. They all followed a circuitous route: take off facing east, fly out to sea and then turn inland, pass close by the jetty and then swing north up the tidal creek to roost on the other side of the peninsula. 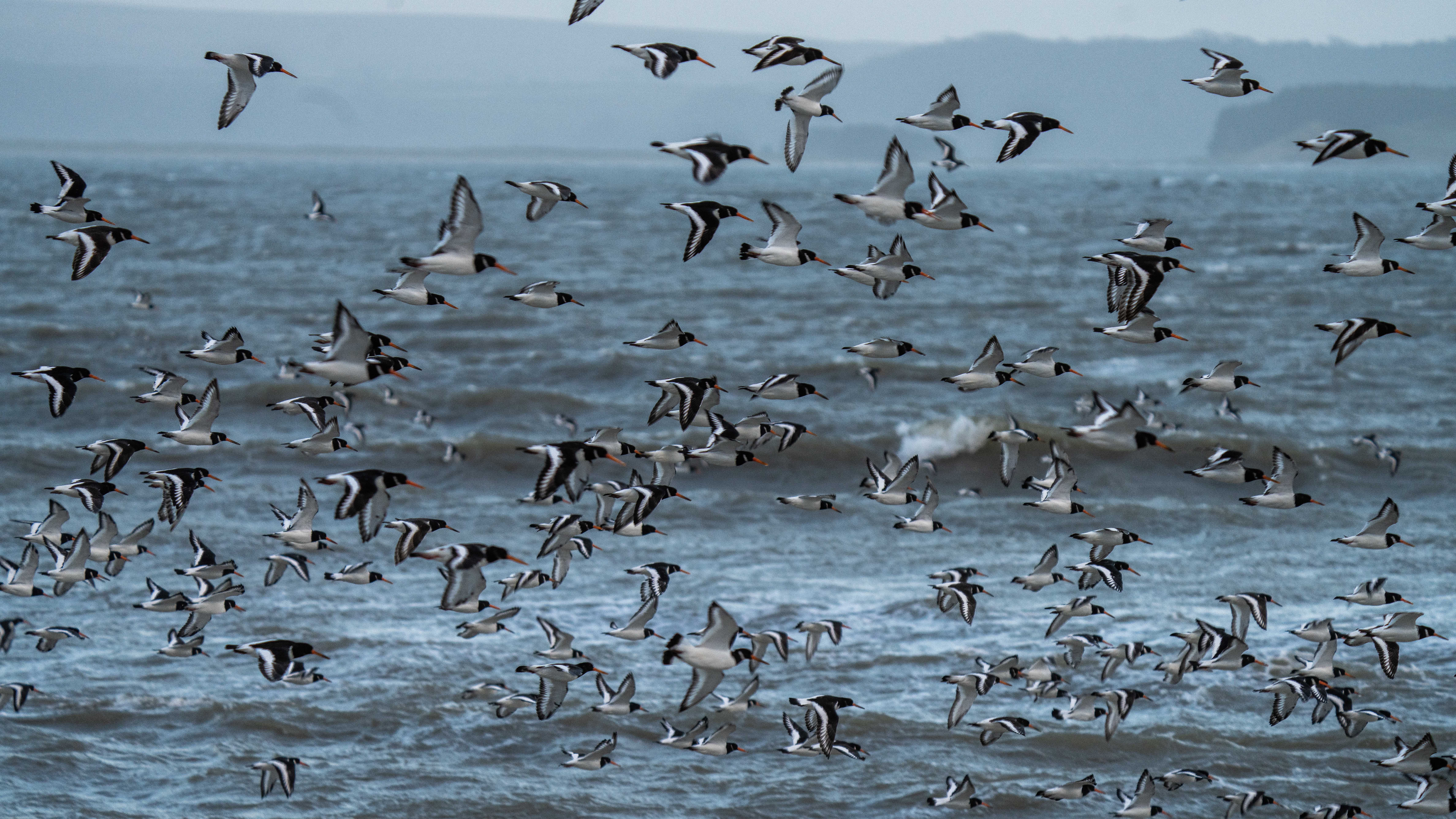 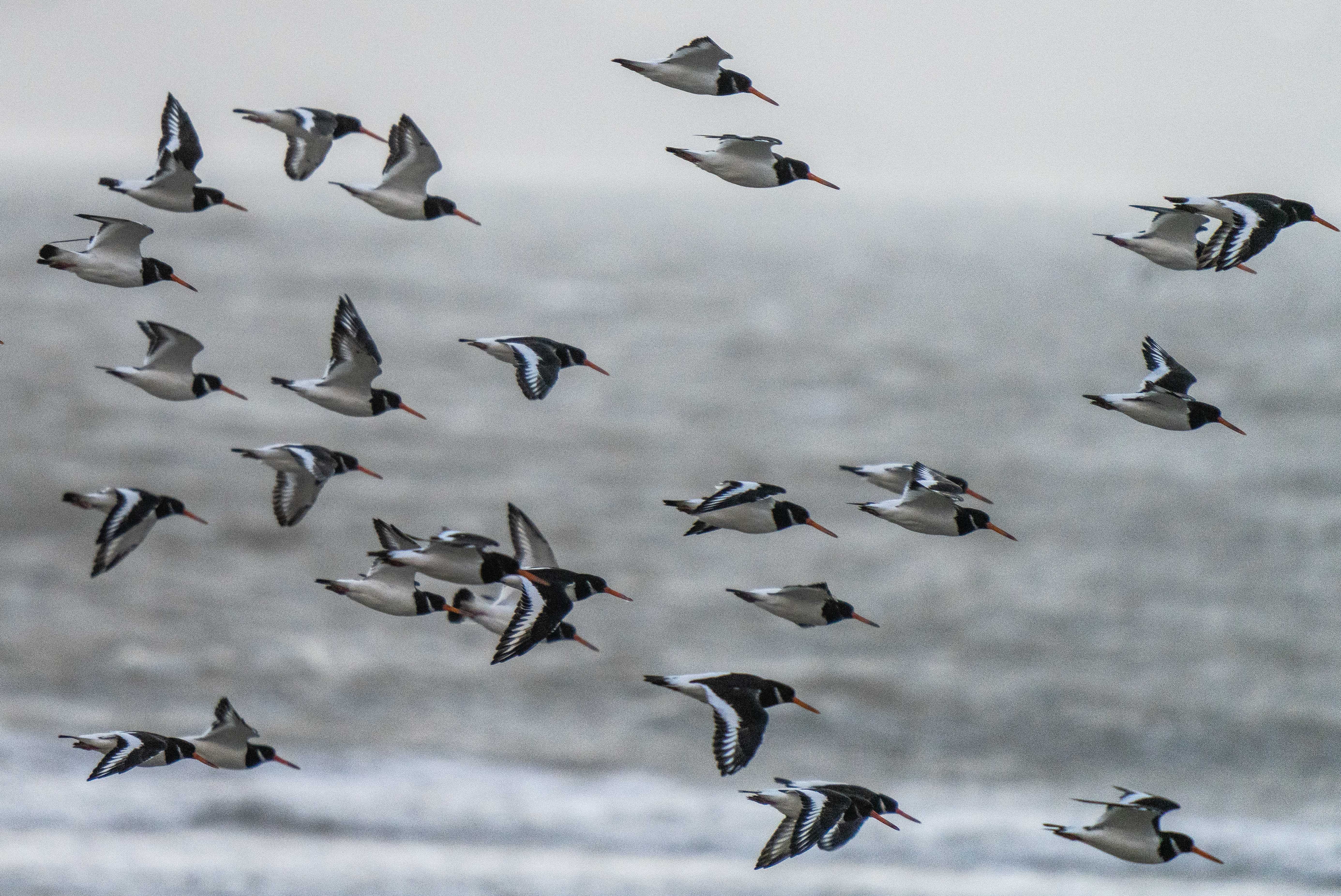 What joy! I was taking so many pictures the camera processor couldn’t keep up. (I later found it had chosen to save to the slower of my two SD storage cards.)

Now the smaller waders were taking flight and to my surprise there were large flights of Ringed Plover as well as the Sanderlings, but in the poor light they tended to merge with the background, making clear shots difficult. To make life even harder they both show a white wing bar when flying. (Please note that I would normally delete  pictures as poor as these. They are for identification only!) 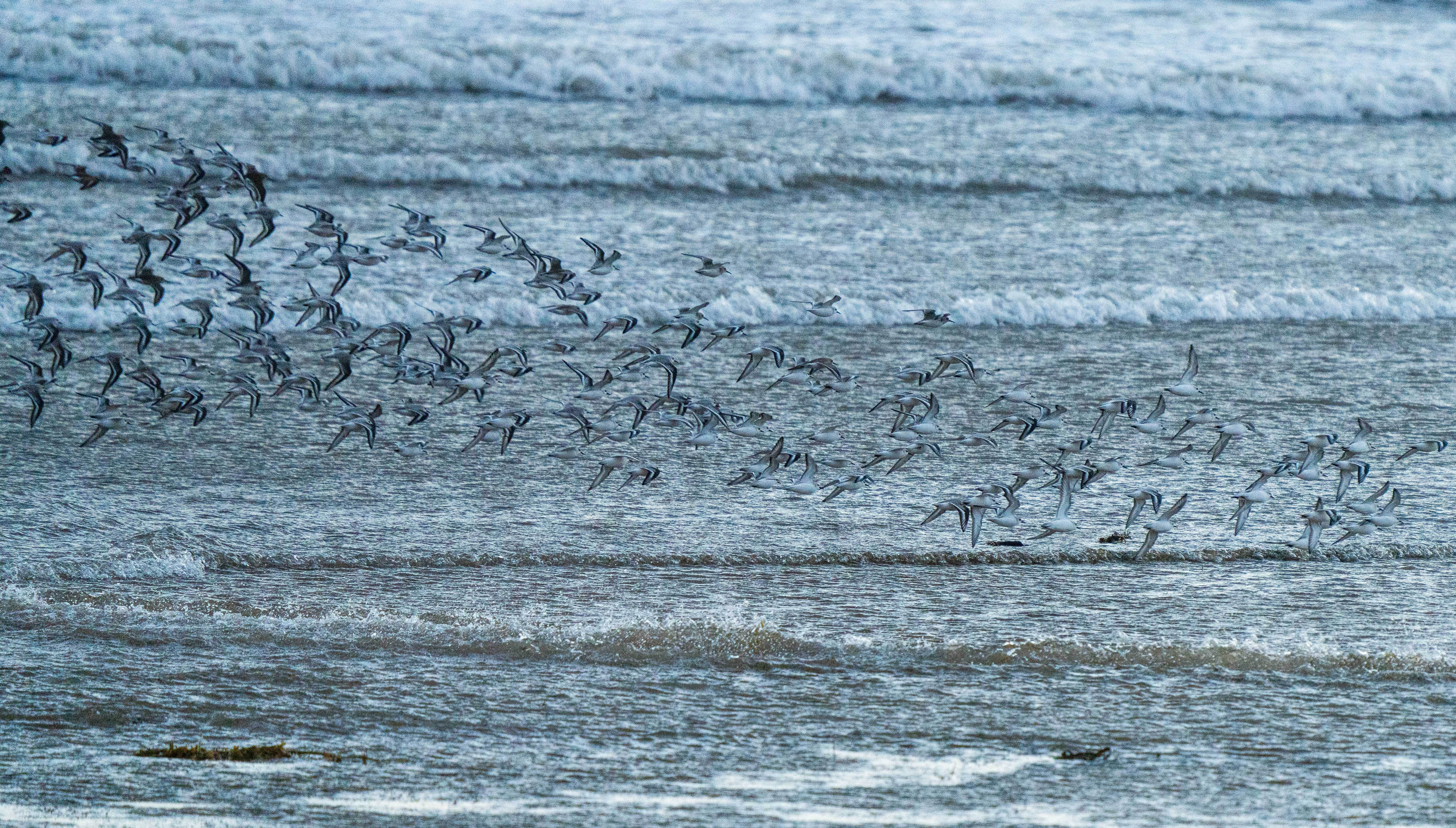 The excitement many of us feel when watching big flocks of birds could perhaps hark back to some hunter-gatherer impulse: big flocks mean lots of food. Perhaps it is simply that they are beautiful, and I was able to indulge this aesthetic on Sunday at the Llanelli Wetland Centre. 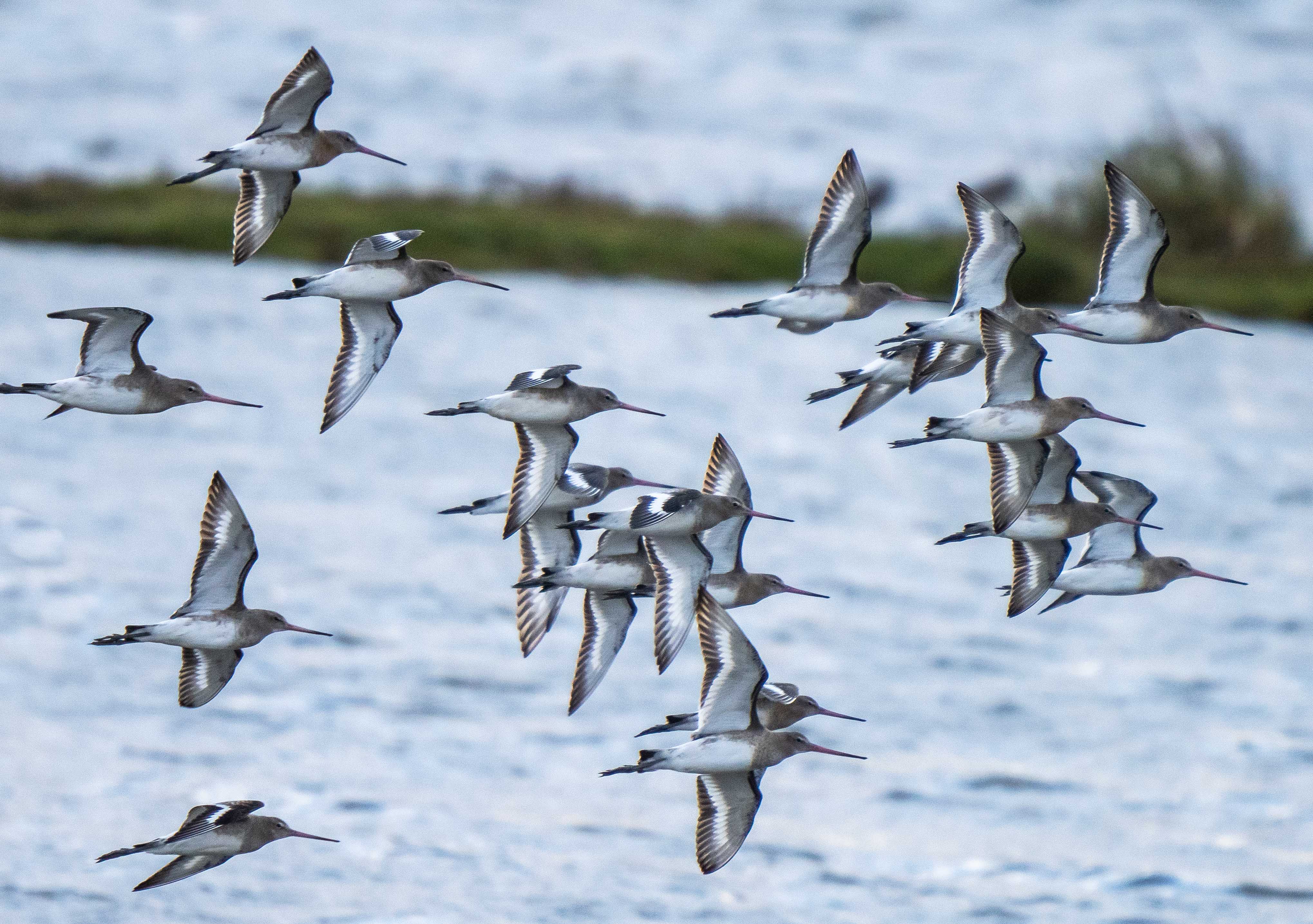 Here I must confess to a blind spot in bird identification. Godwits tick all the boxes for bird watchers – tall, elegant, colourful and spectacular flyers. The problem is there are two kinds of Godwit and until now I could never remember which was which. I had got used to the idea that the Godwits we see along this coast are those which nest in Iceland and spend late summer and winter in Britain: the Bar Tailed Godwit. Two weeks ago I had photographed the other kind – less widely distributed but also to be seen inland, the Black Tailed Godwit. Now, to my delight, these have turned up at Llanelli. 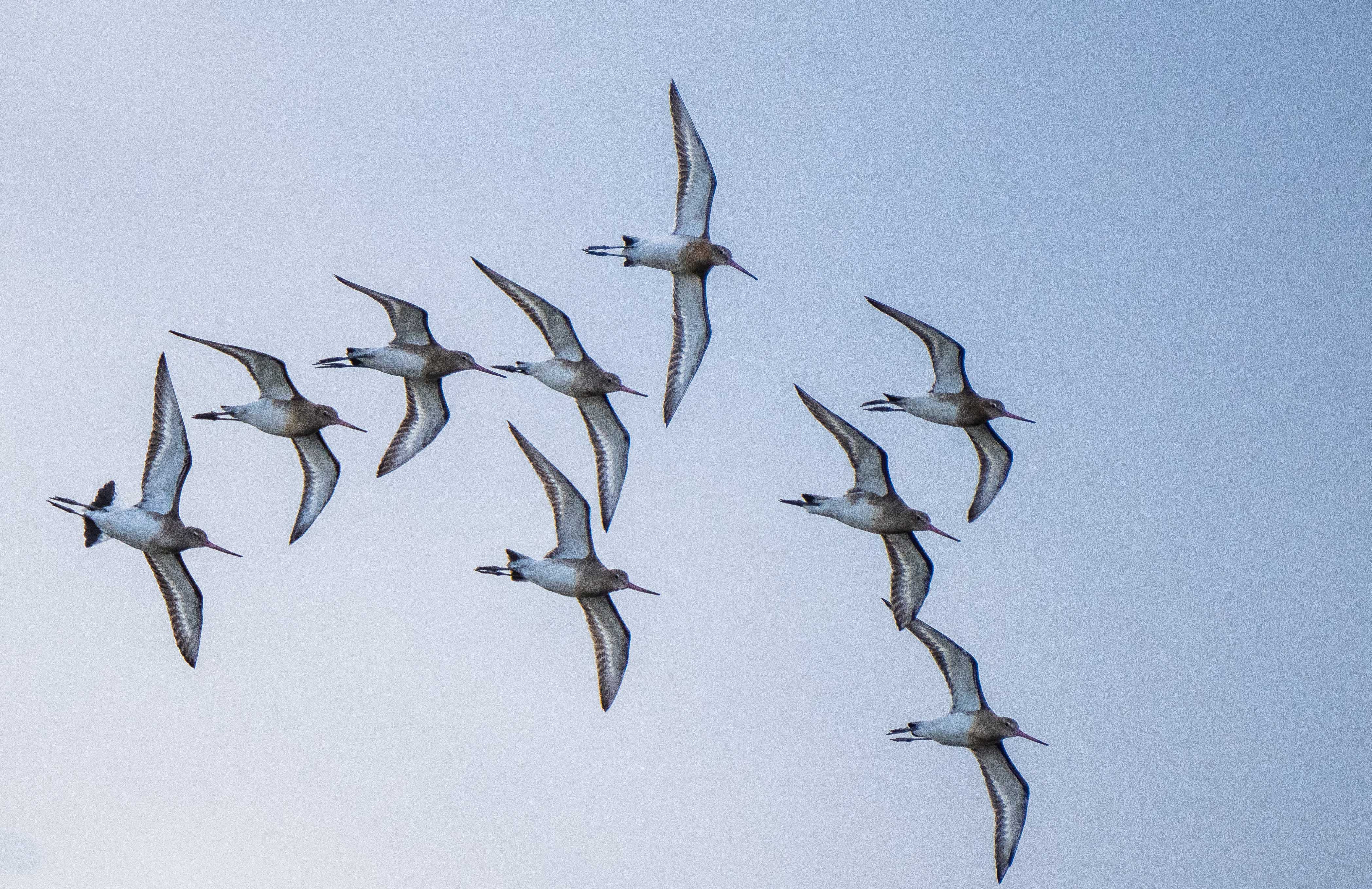 Luckily I was in the British Steel hide, alone, when the rain came blasting through the healthy open windows and blanketed the lagoons. Thank you rain for two of the most interesting shots of the day: 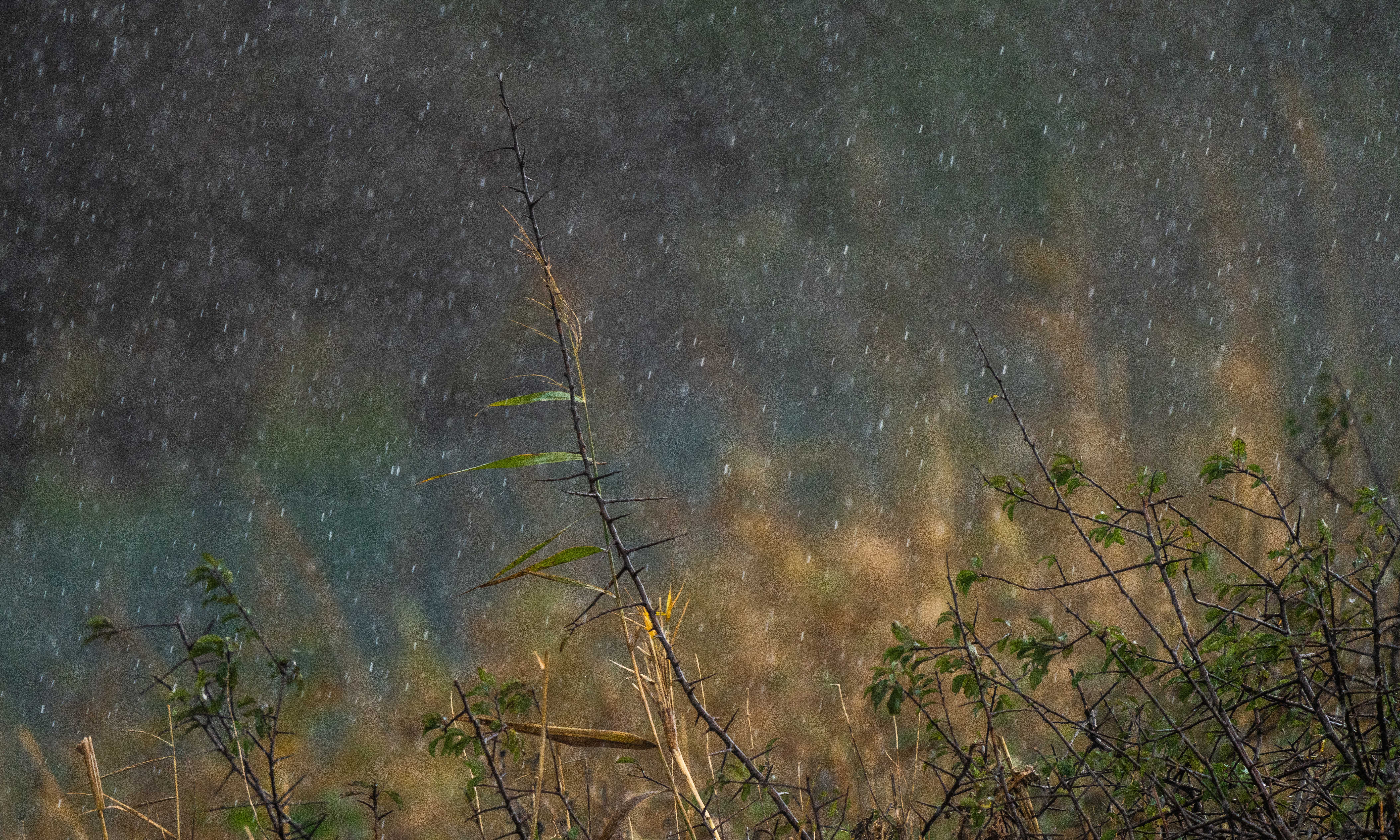 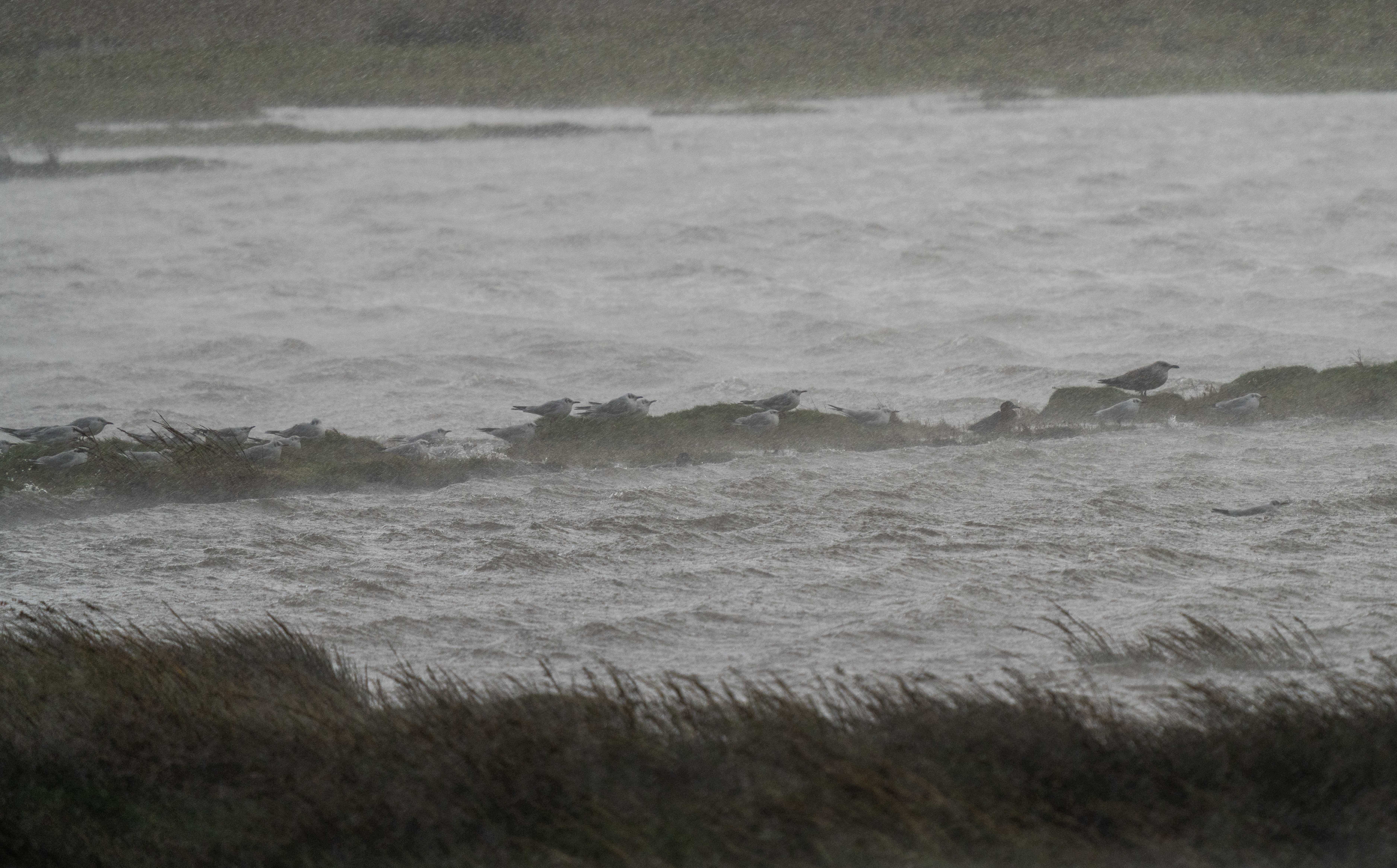 6 Responses to Flight to Pembrey Harbour