I’m miles, kilometres, furlongs away from home! It’s a remote spot, a  full hour’s drive away from a home now too familiar.   At least it would be remote at most other times, but this is no ordinary week-end. For one thing it’s sunny and warm, but it’s also the first week-end we are officially allowed to travel more than 5 miles from home. I brace myself for crowds.

I’m in a little enclave of civil life in a military area, and just opposite where I have parked the van is a watch tower. It’s where the starlings watch us. They need to – it’s by no means deserted today. 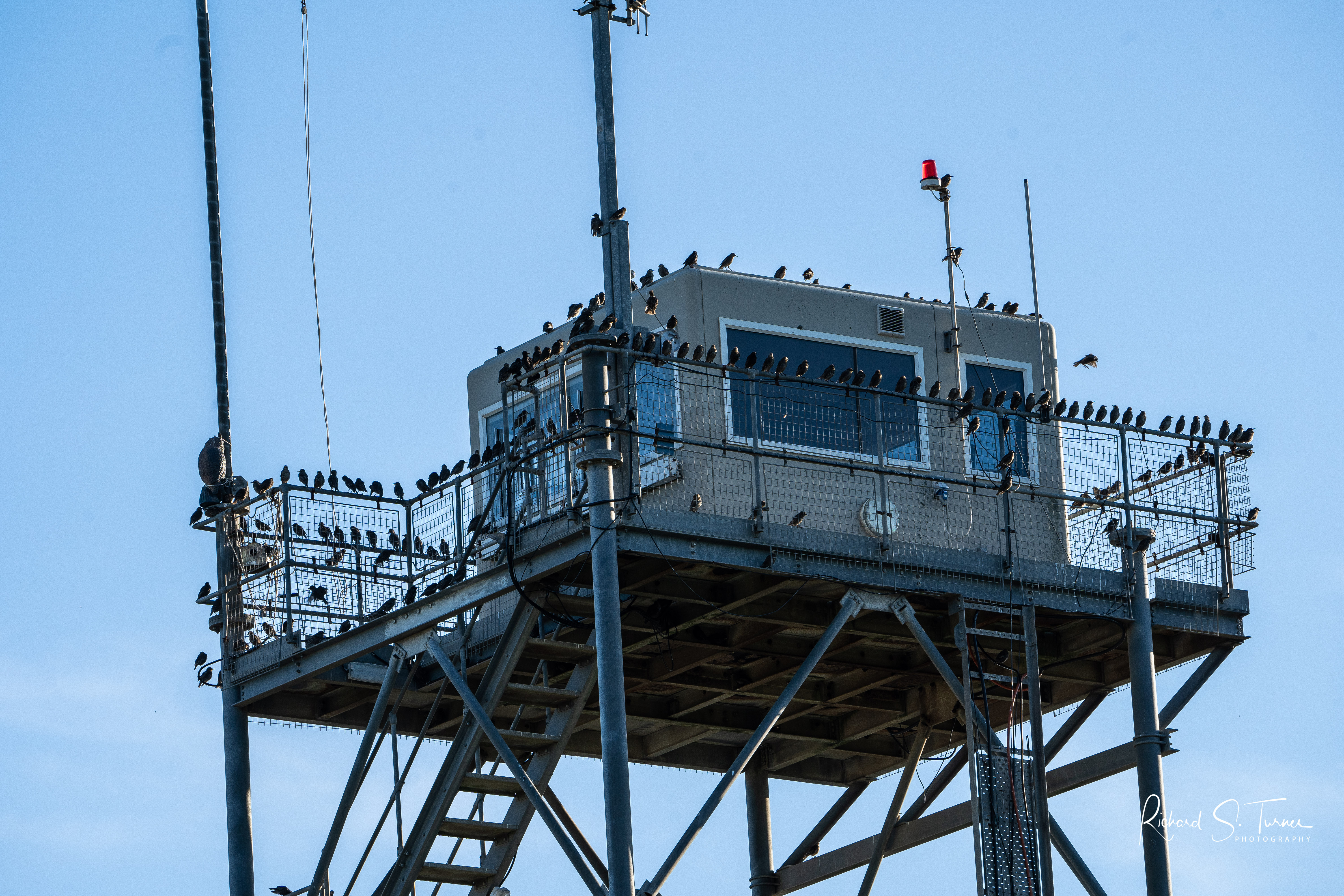 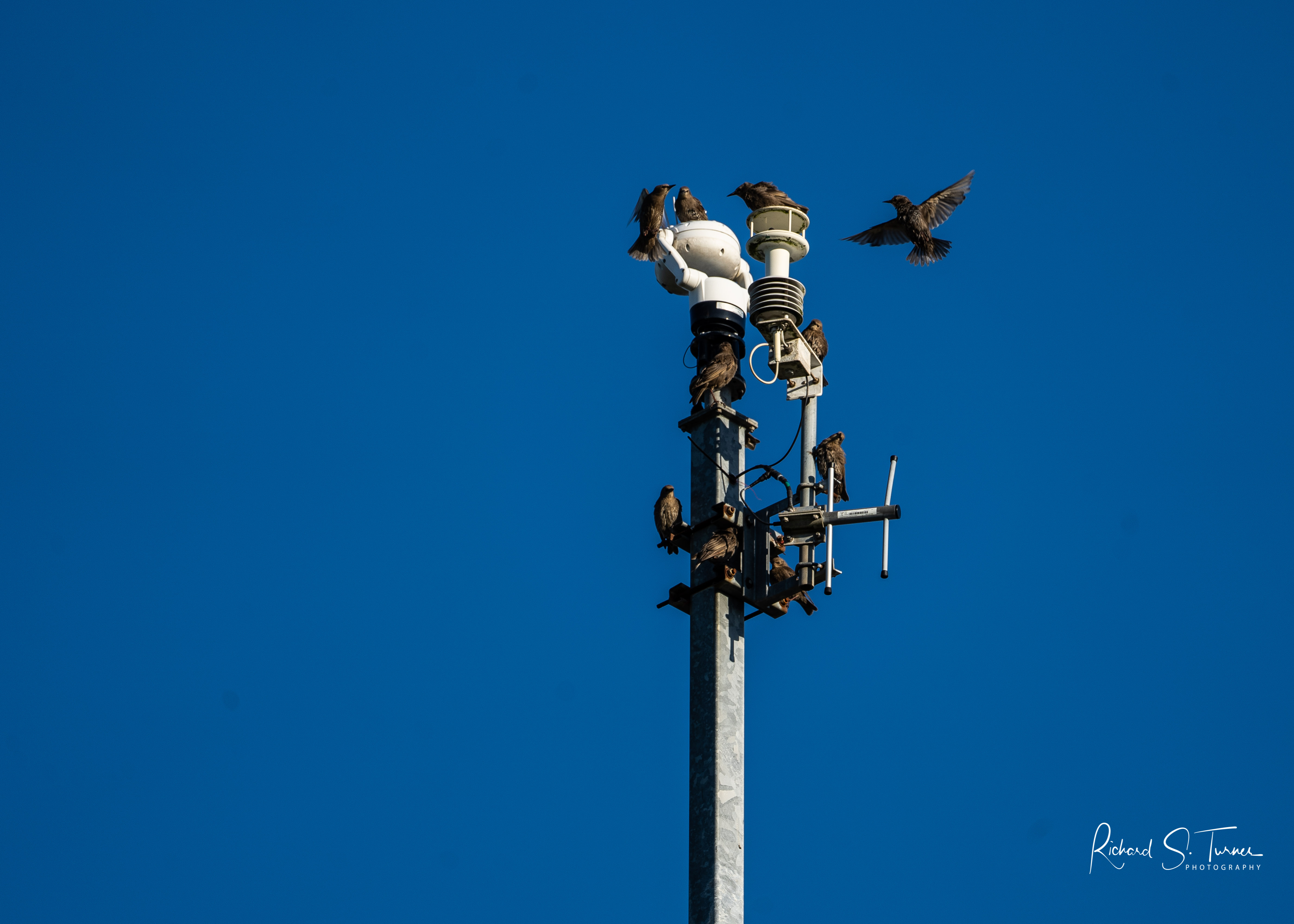 It’s Ginst Point, near Laugharne, a huge area of sand and  saltmarsh, normally open only at week-ends. The last time I was here was a few years ago in November, when, at sunset and dawn, my only company was the seabirds and the plastic litter brought in by the Autumn storms. 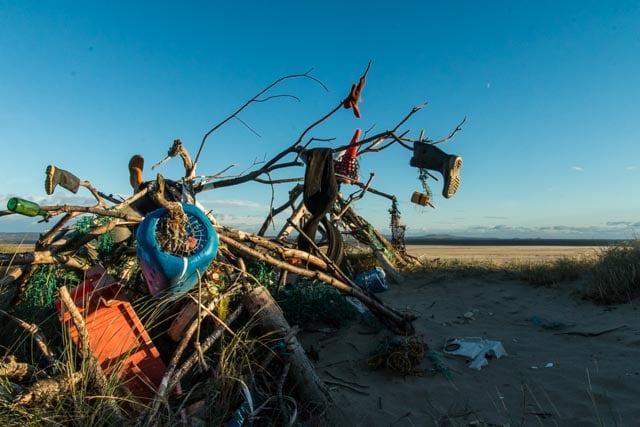 There were birds though – the usual winter waders gulls, herons and ducks with a distant group of rarer Scaup ducks. 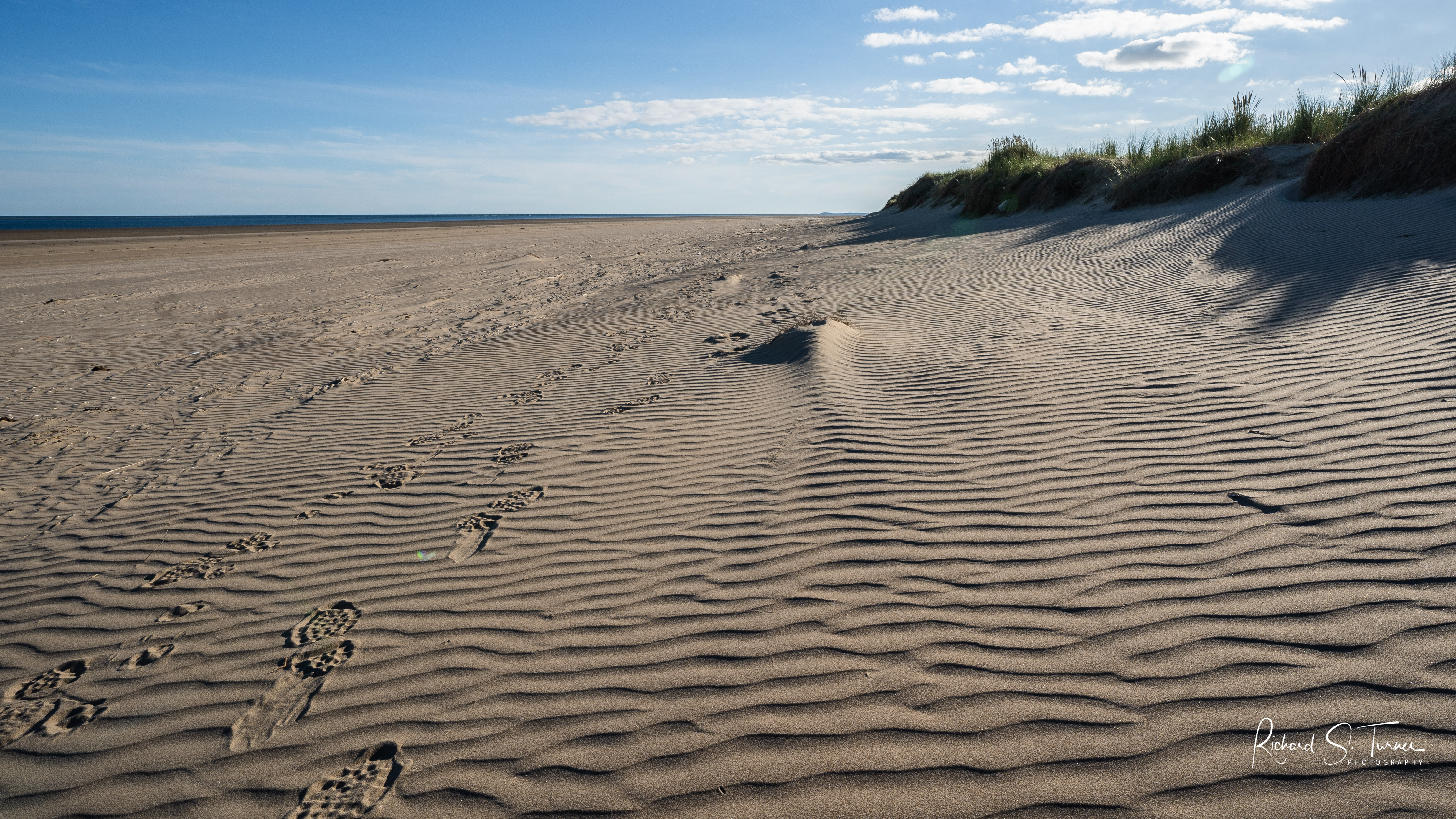 Today the tide line is deserted and clean and the eye can roam un-interrupted over the wide land and seascapes. Inland are linnets, stonechats, gulls, and the  starlings. It’s the first time I have seen a large group of juvenile starlings and I’m delighted by them. They rush around like children in the playground, all wanting to be where all the cool kids are. 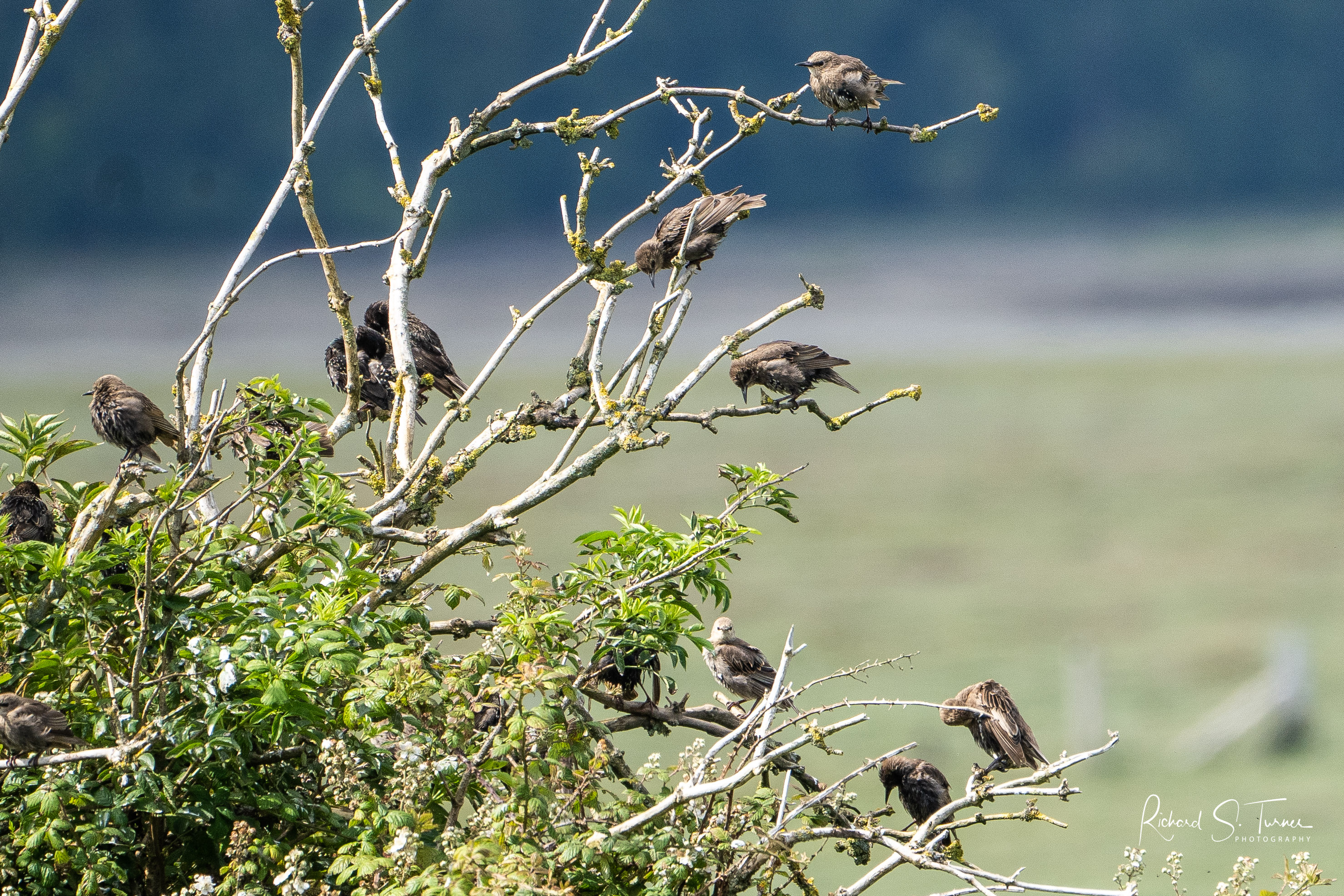 I walkout  through the salt-marsh, every footprint crushing a carpet of shells. There is even a stream of shells. On the beach are thousands of big clam shells. It’s a place which makes me wish I had studied botany more diligently, let alone molluscs like this beauty, its colour a subtle echo of the sea holly. 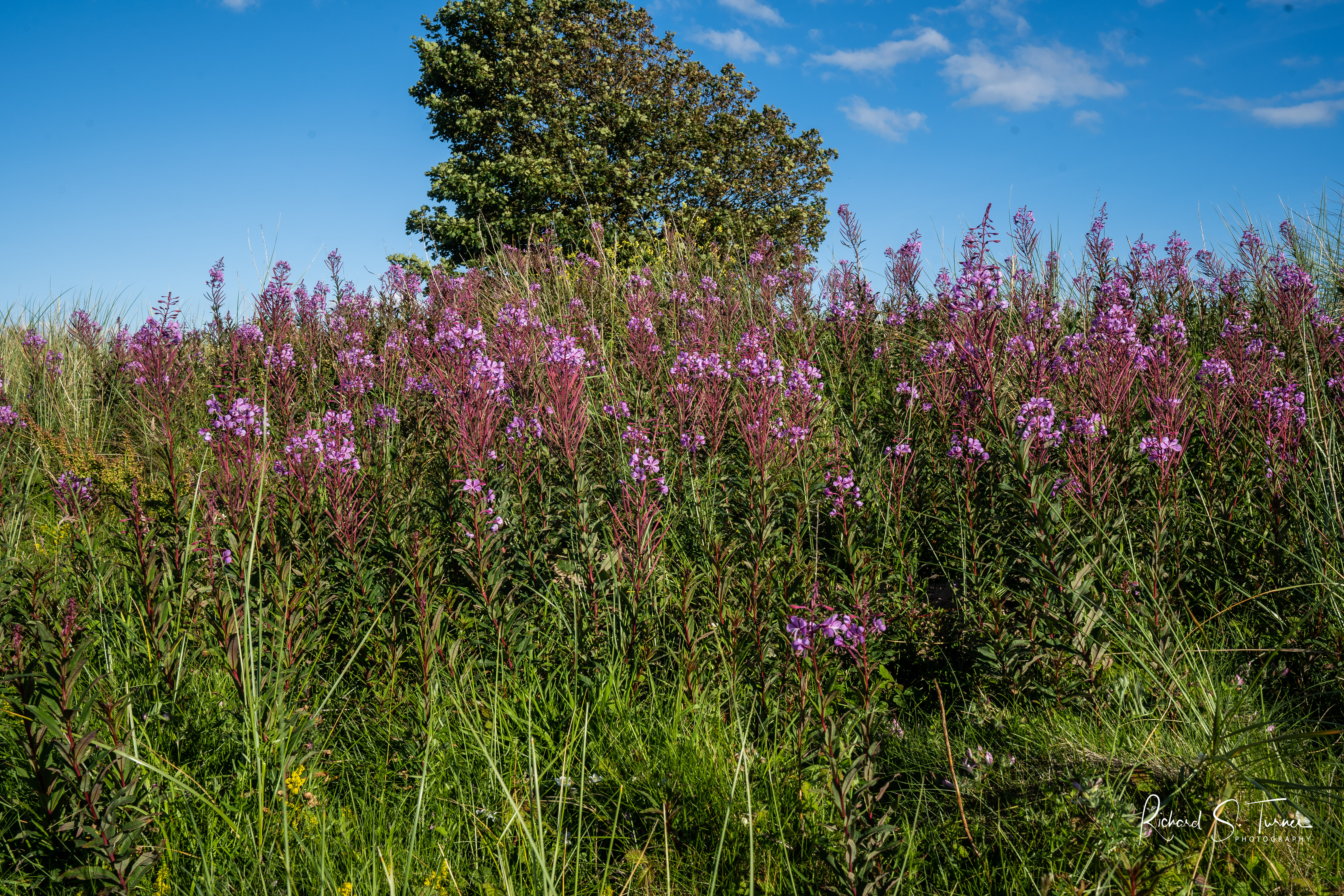 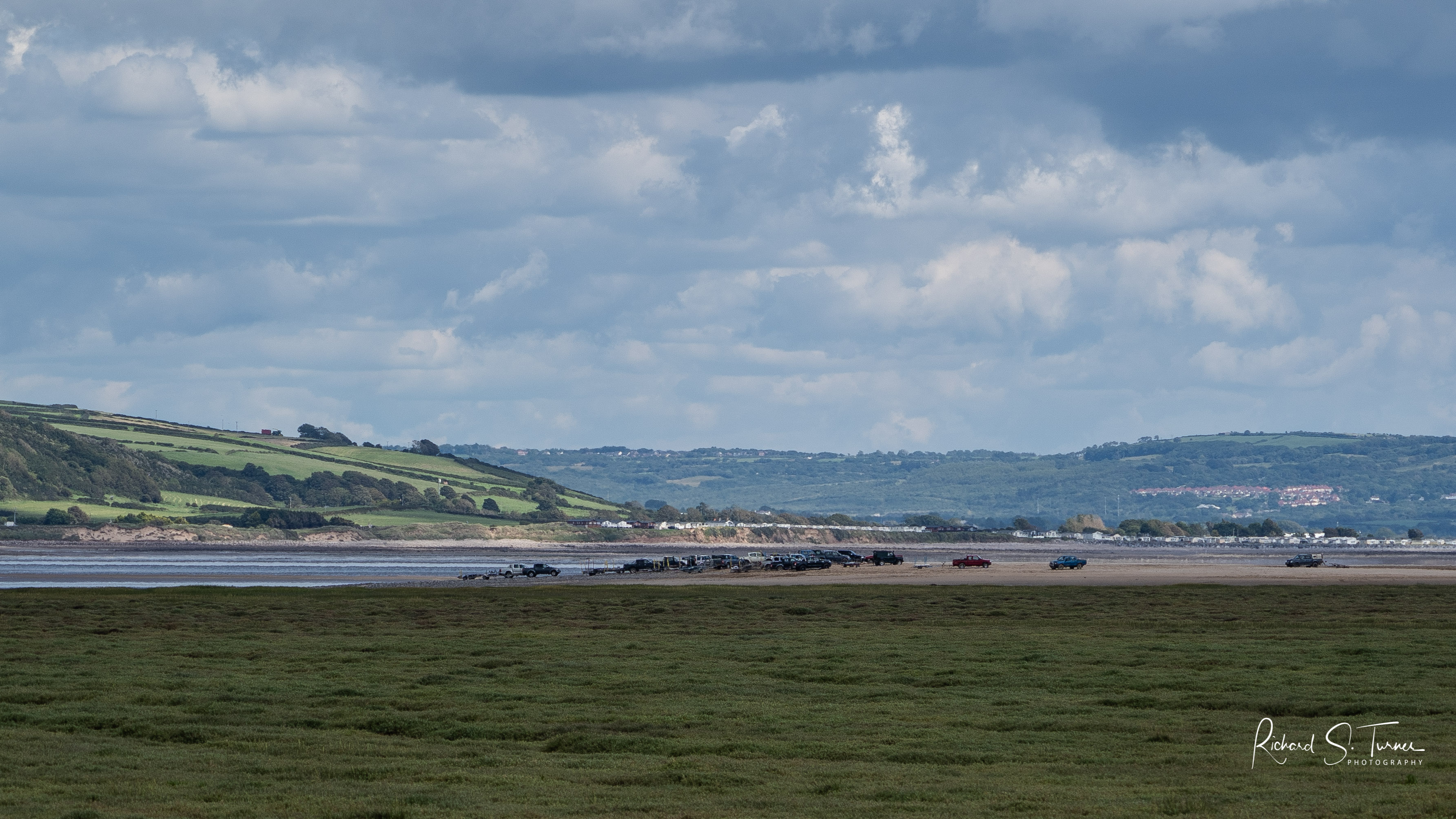 The tide is out and the sand is endless. Parked near the waterline is a group of pickup trucks with trailers. My guess is that this is a boat club or fishing club. As I walk further out I see that there are a dozen or more boats pulled up on the opposite shore and people milling around.

At  9pm  it is still warm, and the trucks are still out there.

Eleven pm. I can’t sleep. There are several big trucks moving about, one with its engine running constantly. I decide to move to a quieter spot, but behind me there are lights and movement, and vehicles moving around.  I did sleep eventually, and in the morning I am was up at 5 to catch the sunrise. All the trucks have all gone and only the starlings are moving about. 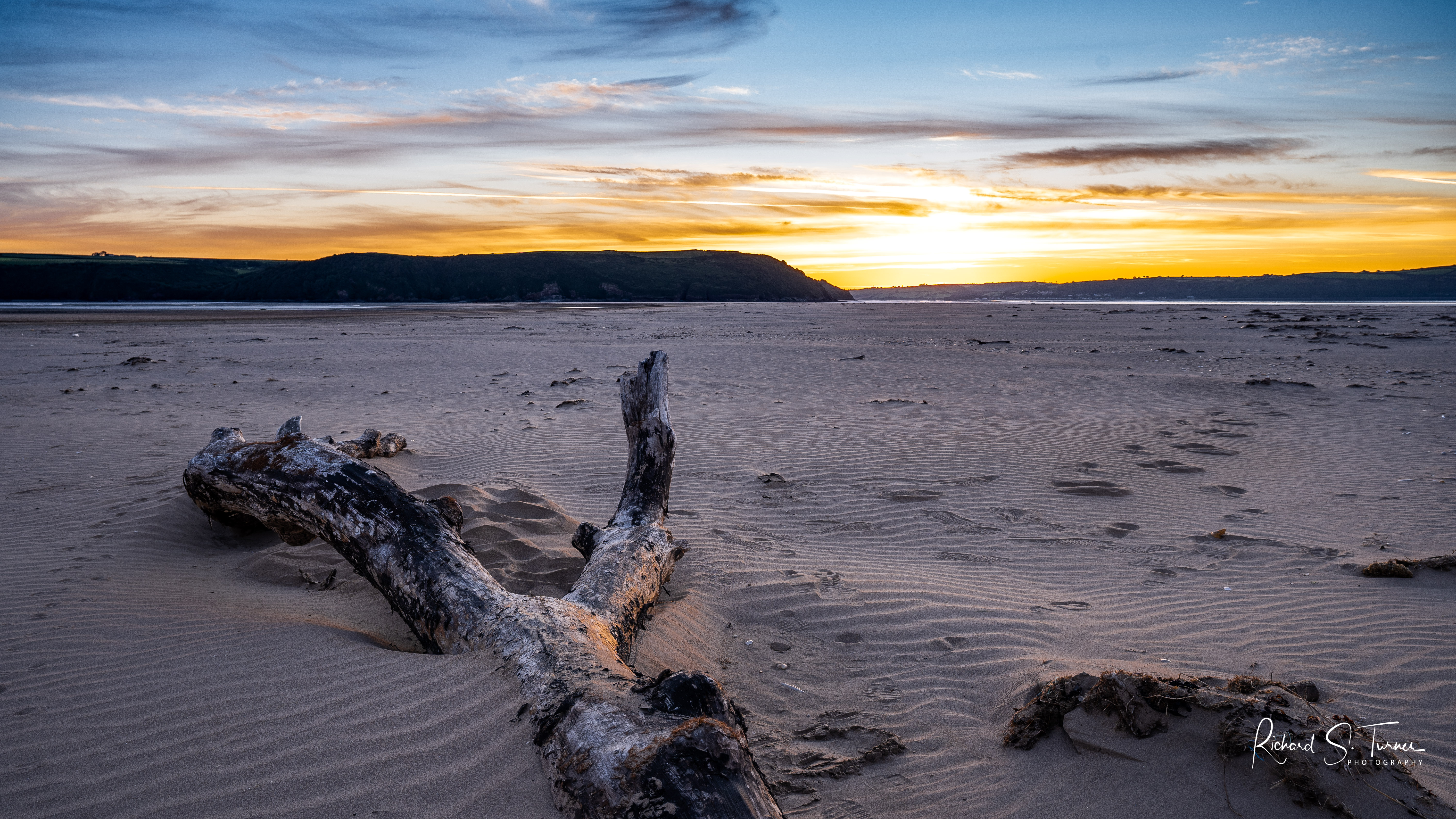 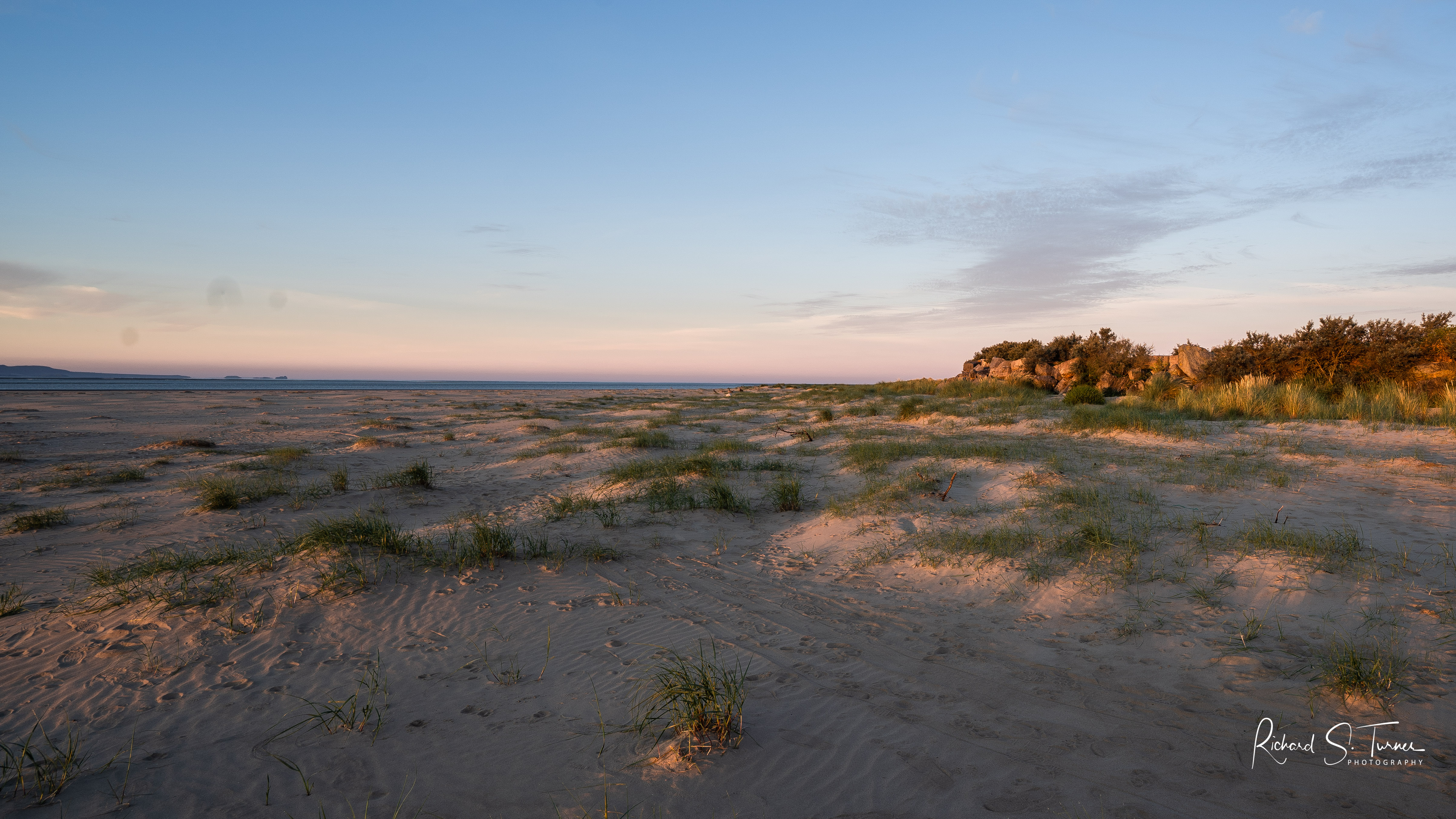 On the road through the ranges there is this semi-derelict farm. It feels sad. 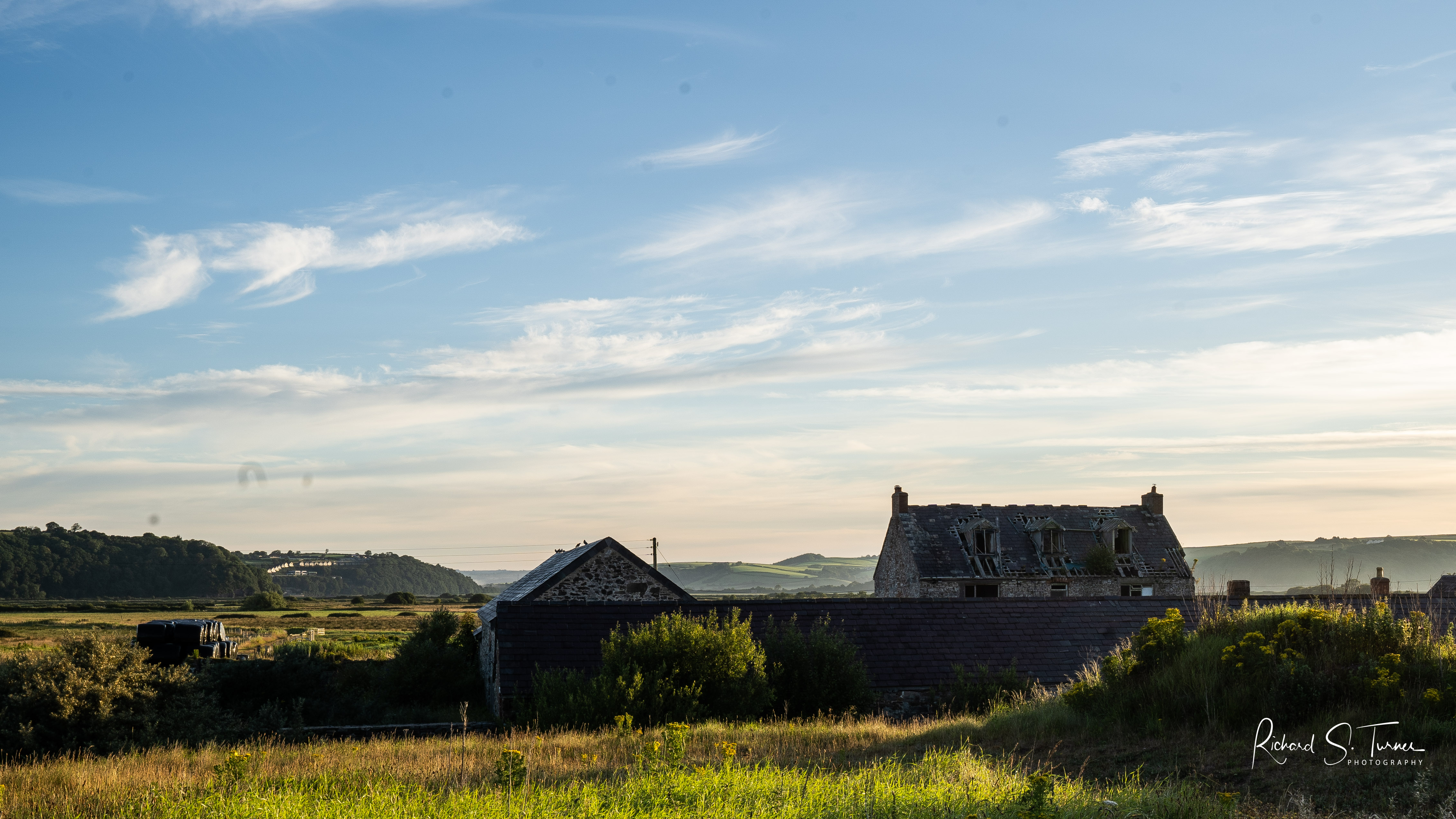 It is Sunday, the forecast fine again, but with rain moving in on Monday so I decide to change my plans and go to Martins Haven, the jumping off point for Skomer Island, closed for this year. I can be there by 10 and have one more day of sun and a very different coast.