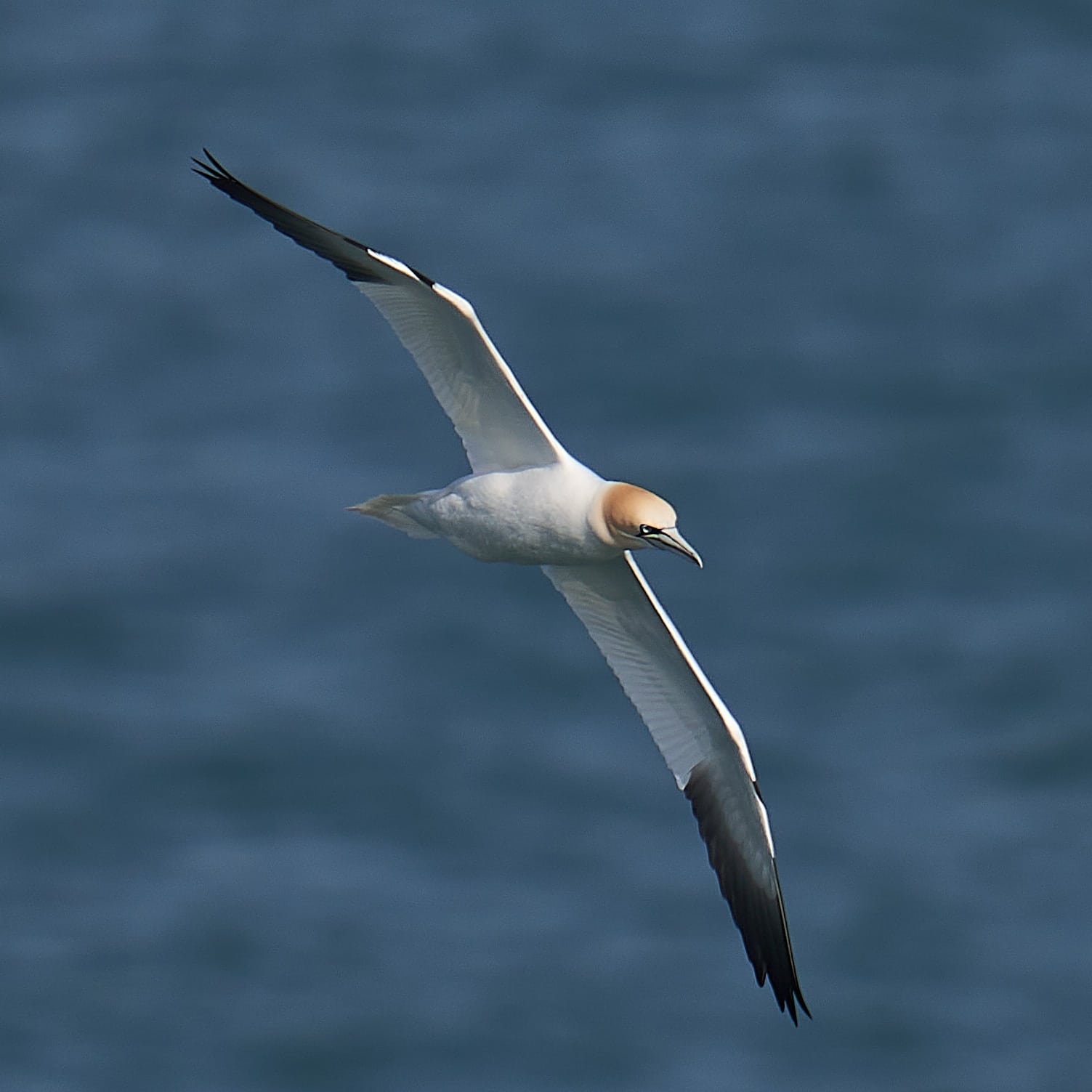 Travel within Wales allowed again; fine weather forecast after Monday, and the campsite at Martins Haven, Pembrokeshire, open – no booking required. I could drive down in the rain on Monday morning and be set up ready for the sun to arrive in the afternoon. With warm weather would come the migrant birds and I hoped to see bushes full of them – “a landfall” in the jargon.  How good this all felt!

Just one problem: the van had been left standing for, um, 6 weeks; not enough charge in the battery to start the motor and it was facing the wrong way to jump start it from the car.  No problem, I could jump start it from the two leisure batteries which supply light, pumps and gas ignition to the van. They were low, and nearing the end of their lives, but at least I could charge them from the mains.

Monday morning: rain, cold, but the batteries are charged; link them to the van battery with jump leads and turn the key: one heave and a click. Hmm. Get help from Andy the electrical wizard. Andy brings another battery and a mains charger. We try various combinations, but nothing will get that motor going. It’s now late morning so I decide to leave everything on charge until after lunch and if no joy then, call the Home Start breakdown insurance. Two nice men arrived from miles away with a little black box which they attached to the battery and immediately started the motor.

So it was that around 4 pm I finally drove off to Pembrokeshire, and after 13 weeks of lockdown that in itself was a result. When I arrived I was the only vehicle on the campsite. I parked up overlooking the sea and saw a hint of sunlight over towards Skomer. It  was cold and damp but with the promise of better things to come.

The next morning a misty  sun had indeed arrived, but it was still cold when, as soon as it was light enough, I walked along the coast path to the little harbour where the Skomer and Skokholm boats go from, then up to the “Deer Park” the head of the peninsula which is walled off and was originally just that. By the gate is an area popular with small birds, and here they were, the first of my summer visitors – Blackcap, Wheatear, and a Chiffchaff taken in the same spot later when the light was much better. 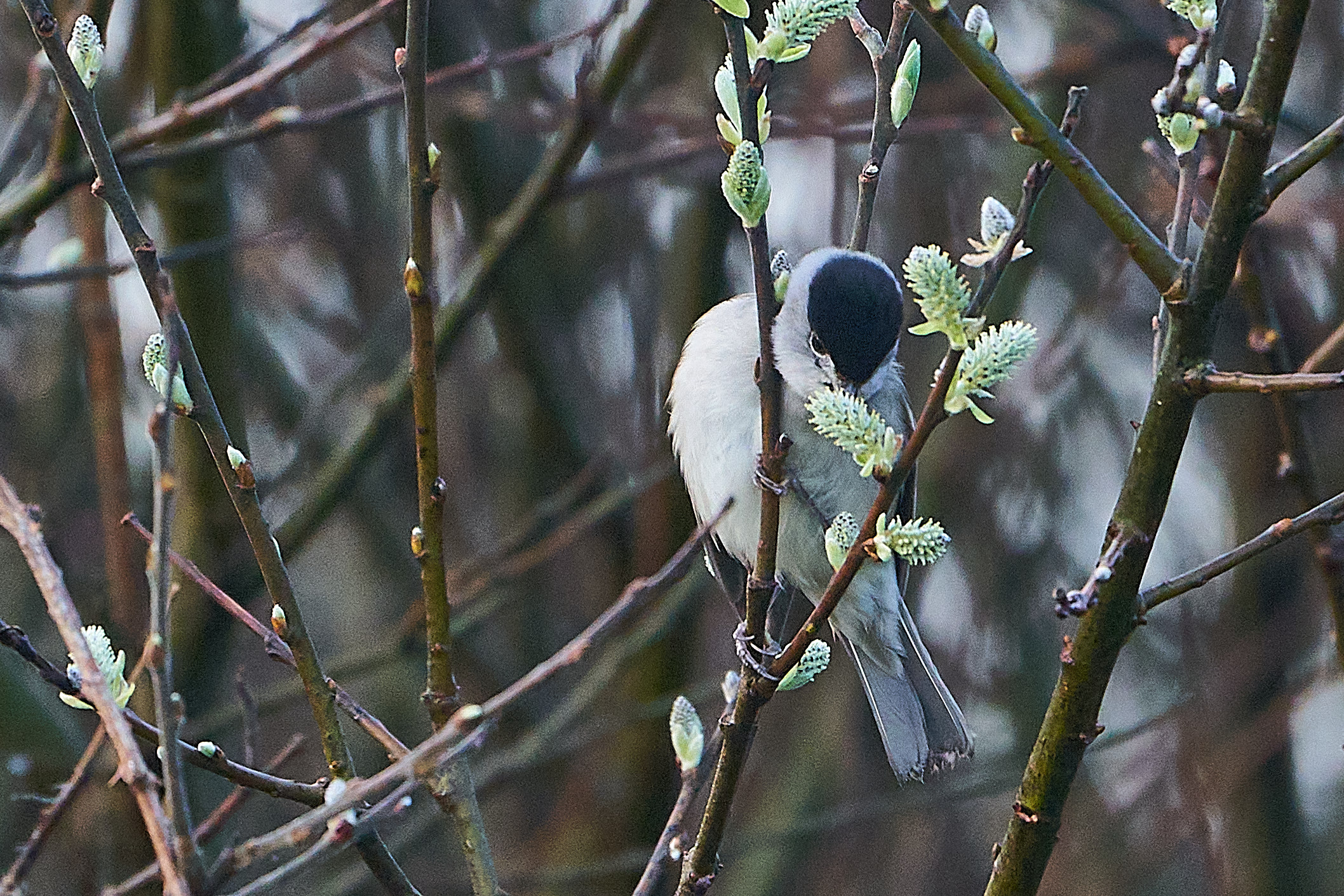 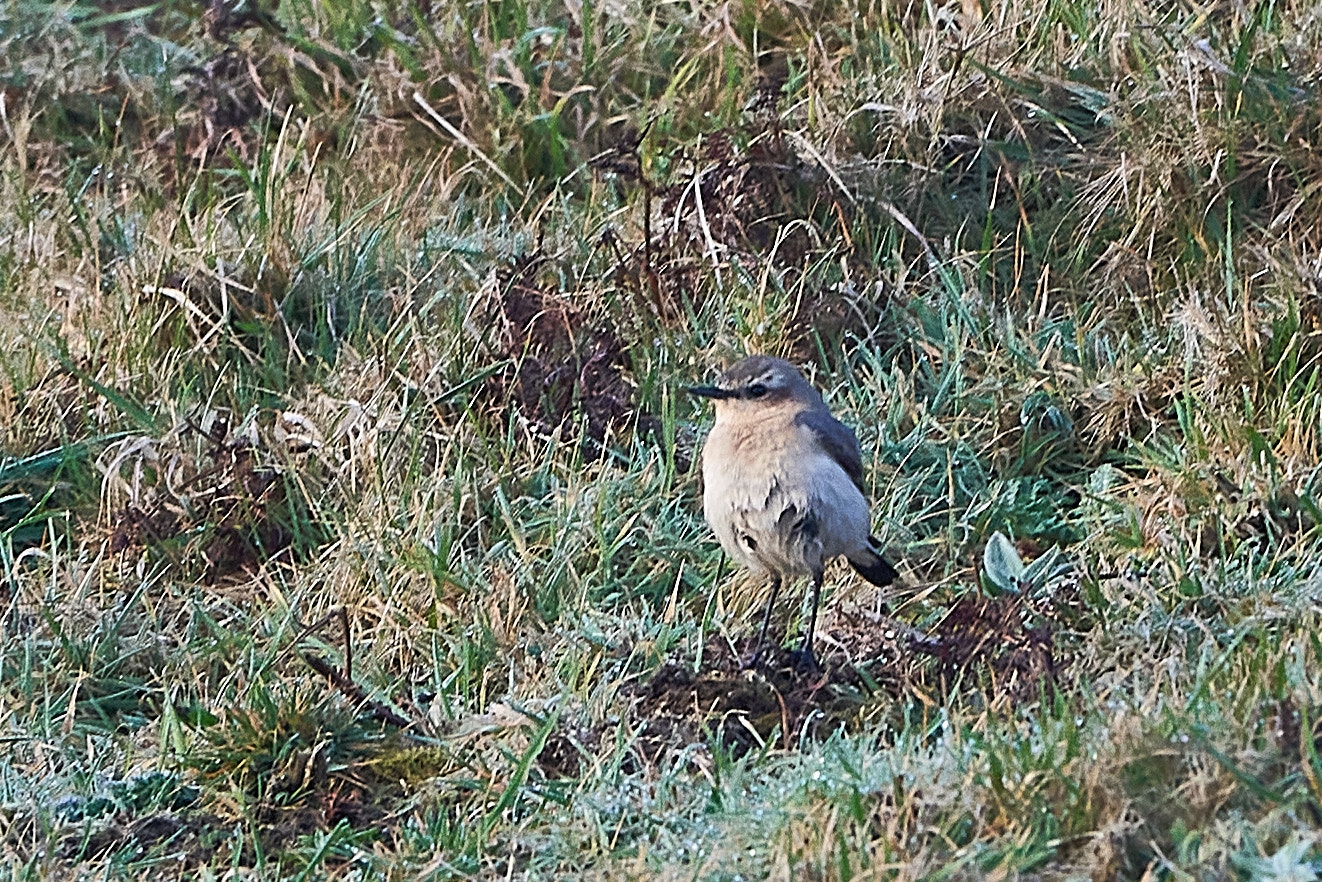 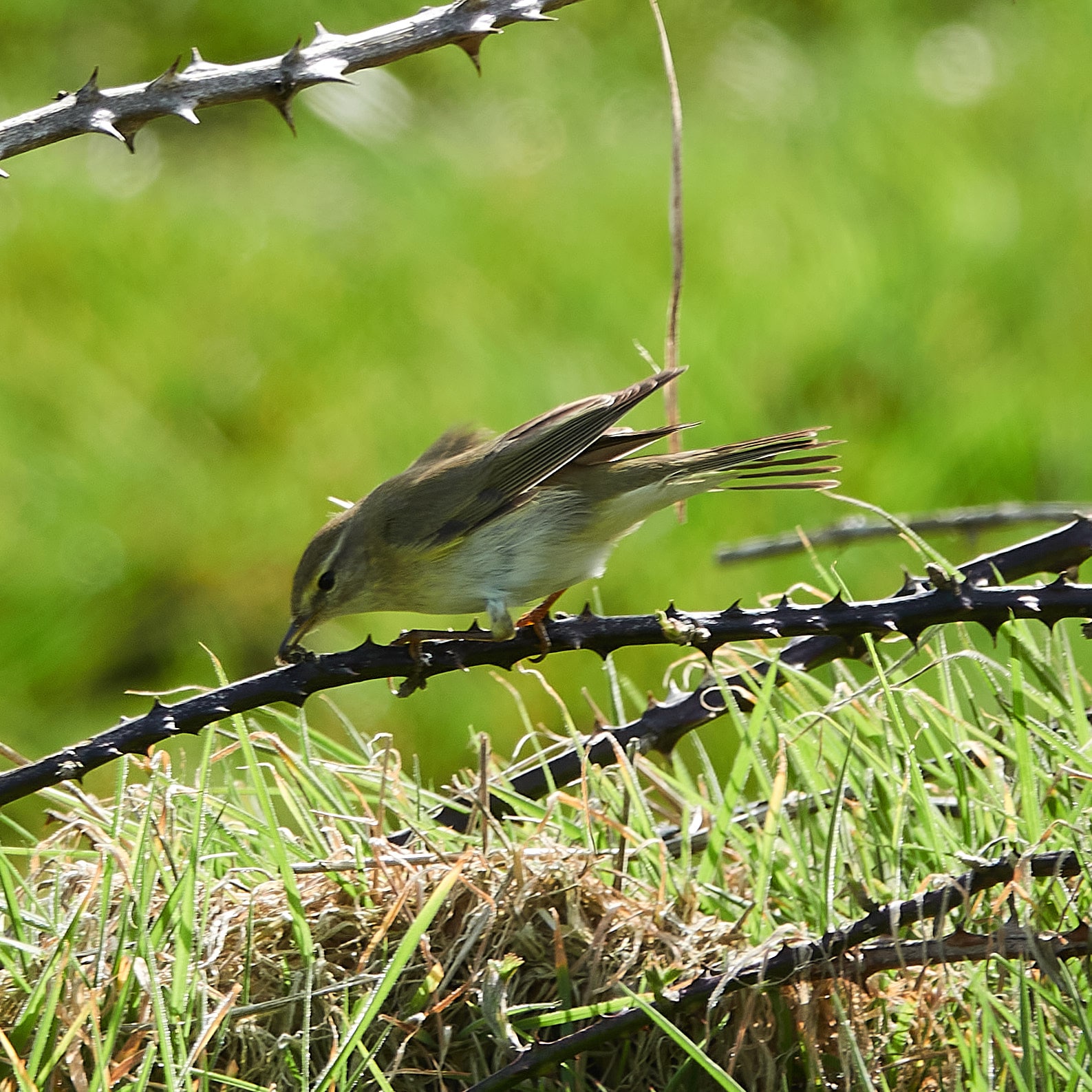 The cliff edge along the South was raked by a cold wind, but the birds I expected to see here soon appeared. I spent a long time slowly approaching them until I was taking pictures from just a few yards away. I needn’t have bothered. This pair of Choughs is so used to people they carried on feeding until I offended them by moving away. Then they gave a huffy flying exhibition. 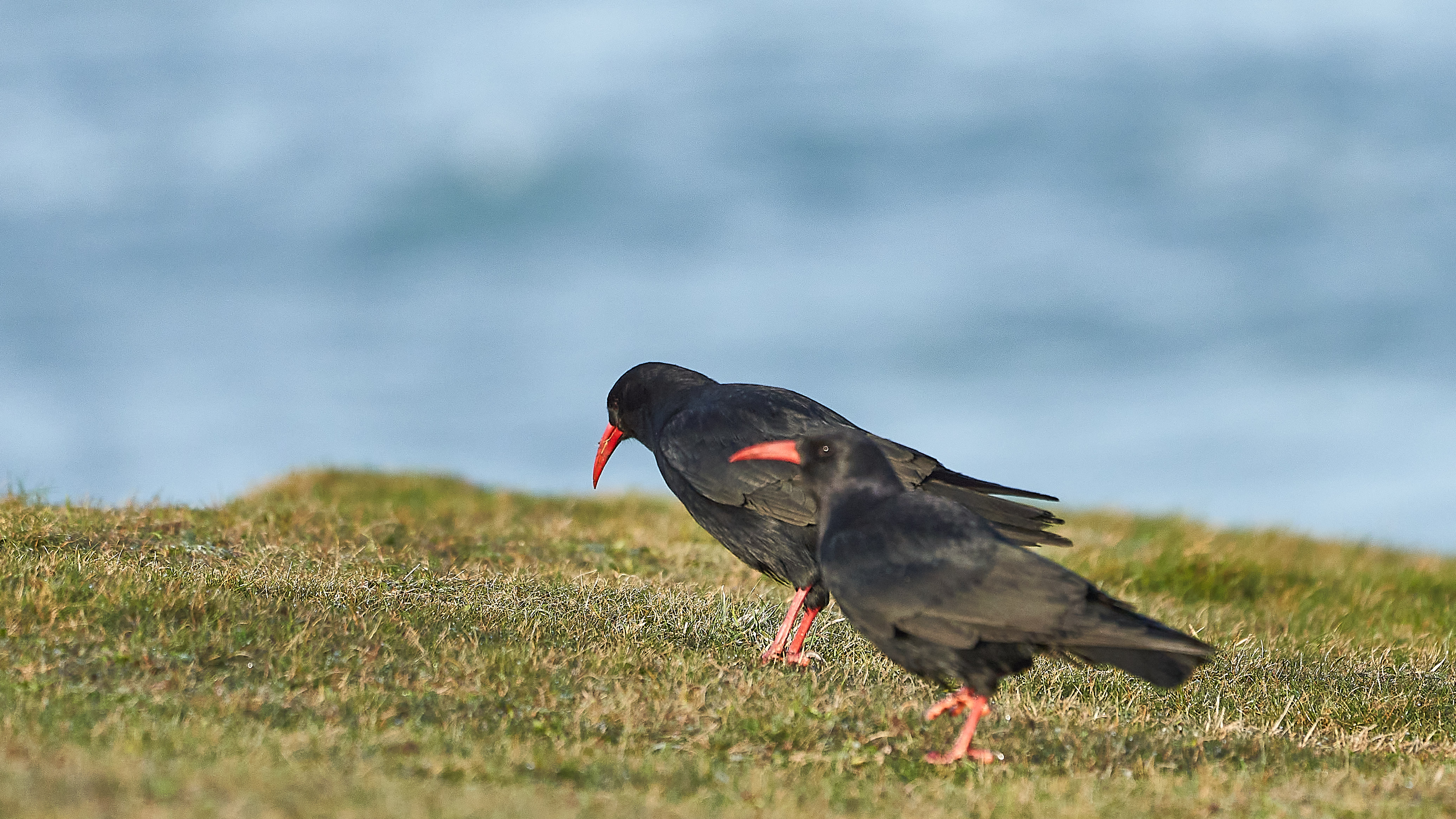 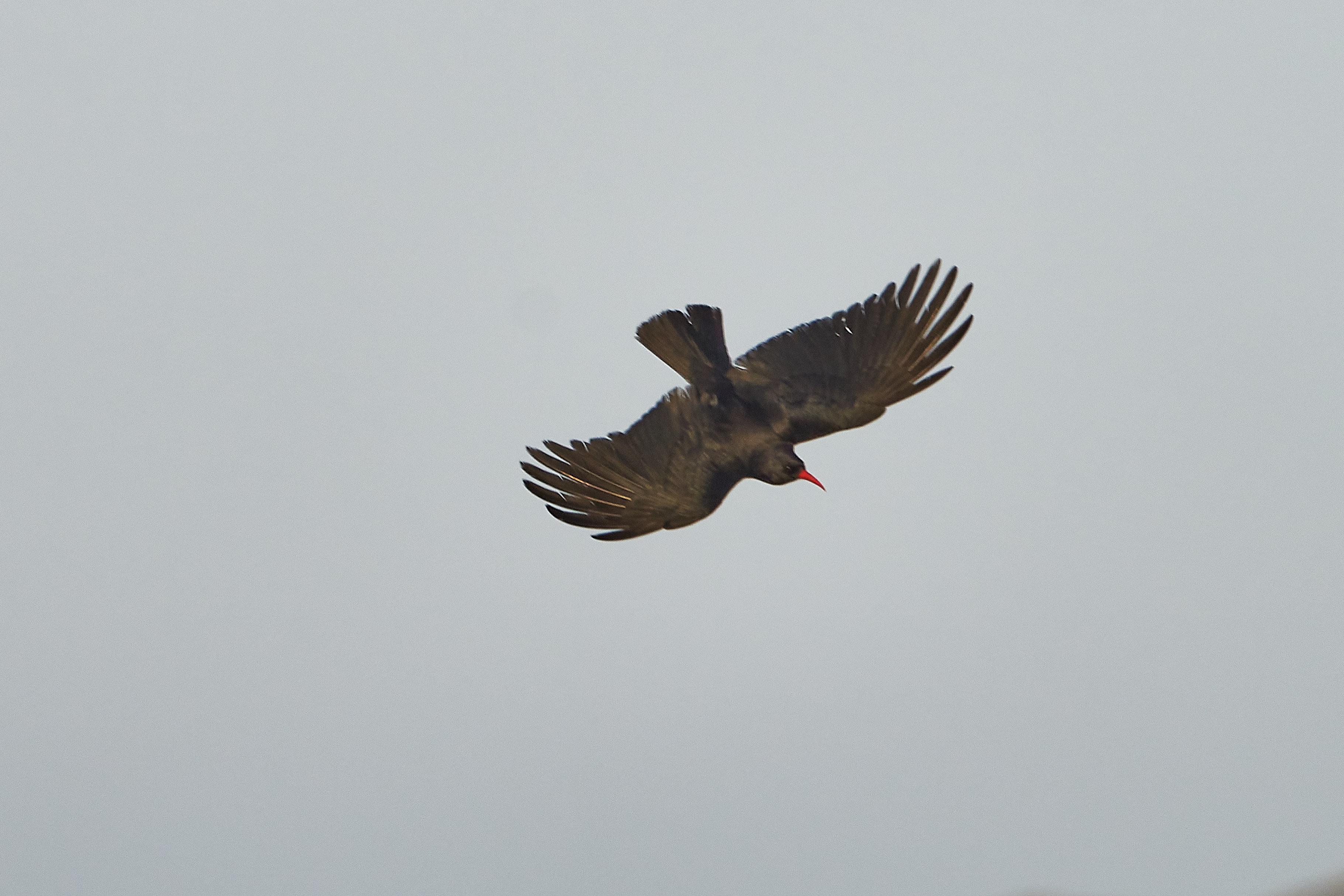 It was beginning to warm up as I walked back for some coffee; warm enough for this Linnet to take a bath. 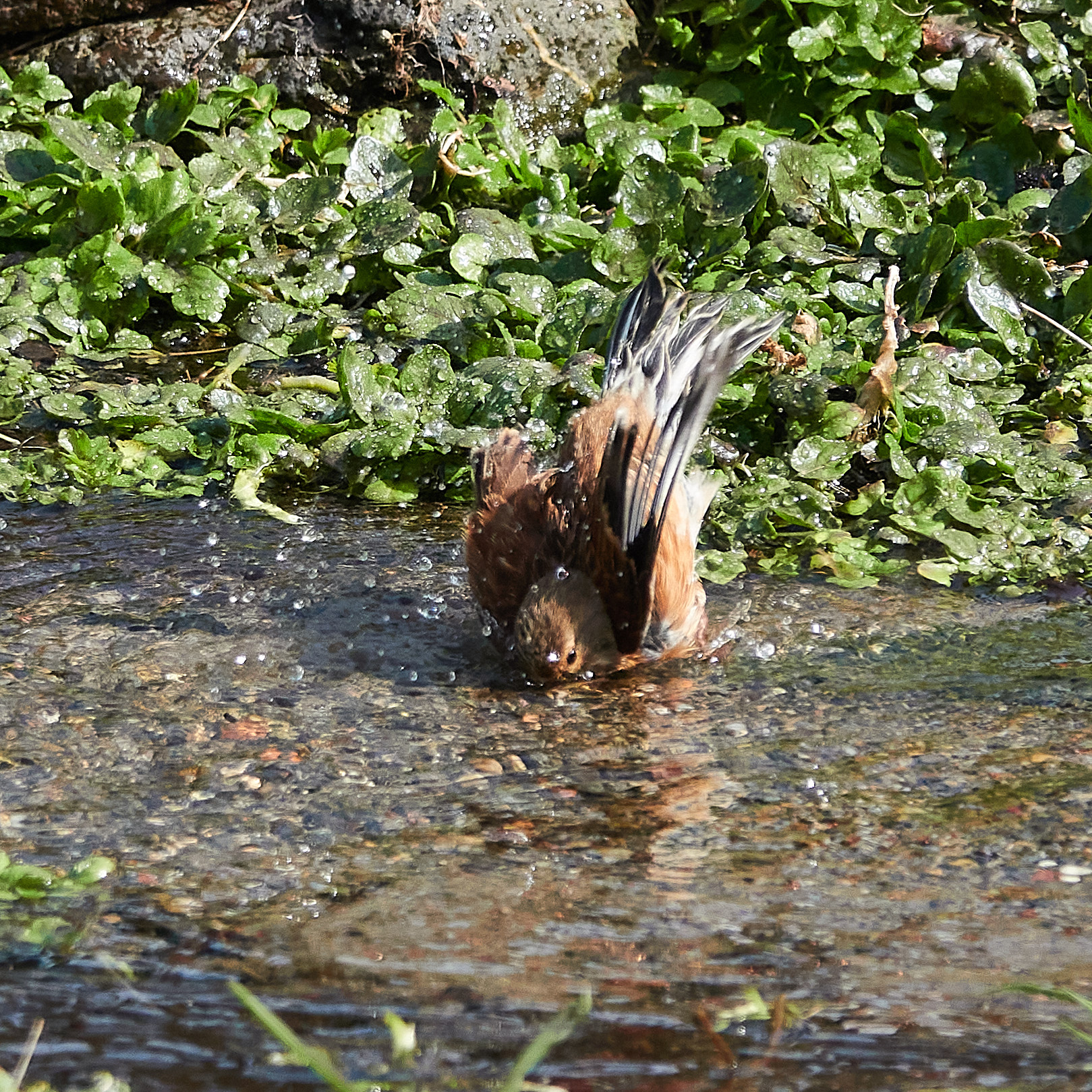 Rested and refreshed I set out again: rucksack, big lens, tripod, sandwich, coffee. Soon I was competing for footpath space with a dozen or so other sea-seekers as I headed to the highest point on the peninsula where there was a good view of the straits between here and Skomer Island. I found a good spot where I could set up the tripod and spend the next 90 minutes or so. 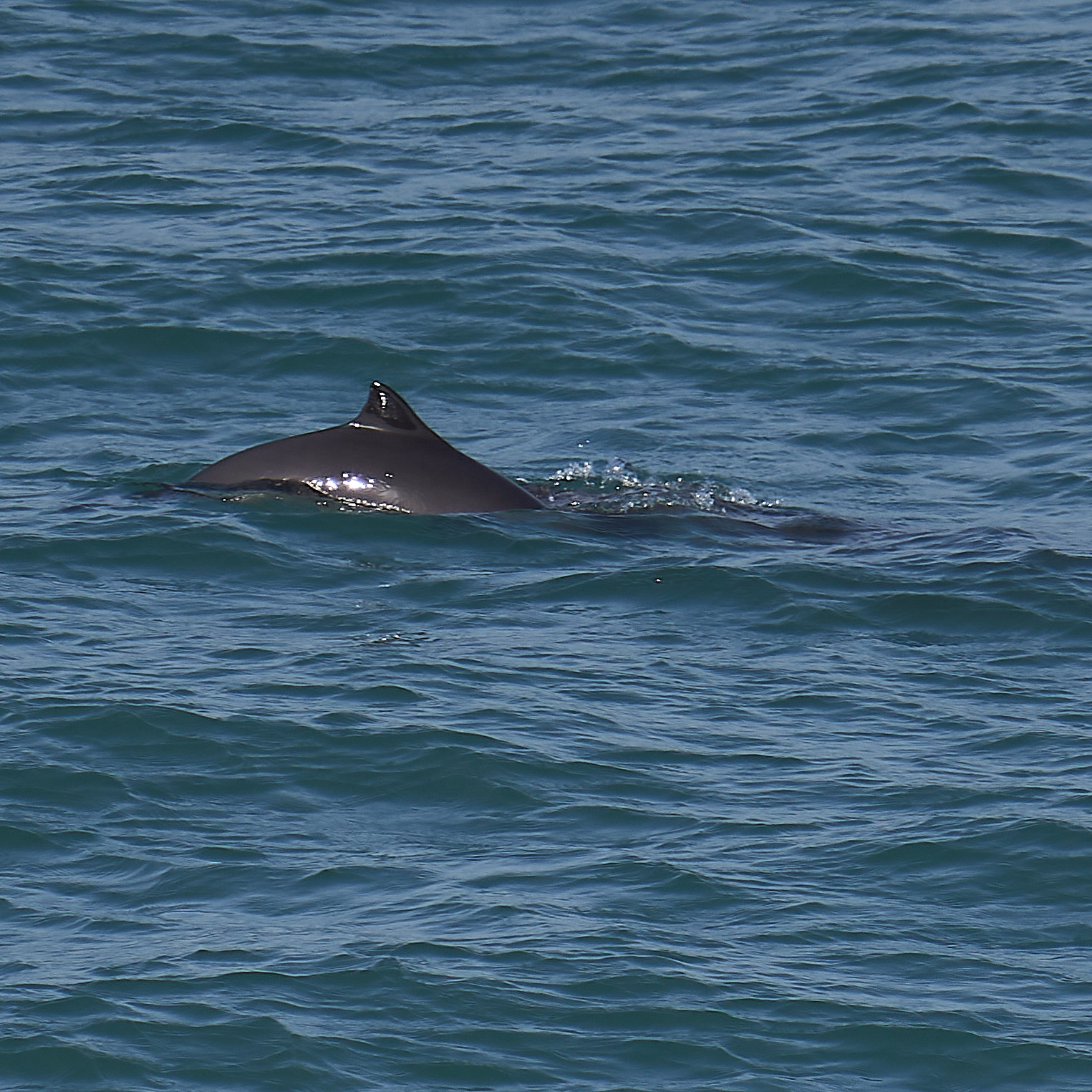 I watched a Harbour Porpoise, which on looking at the pictures turned out to be 2. One or two hefty grey Seals cruised below the cliffs. A solo Razorbill raced across the open sea and a young Cormorant and a Guillemot fished in the tide race. 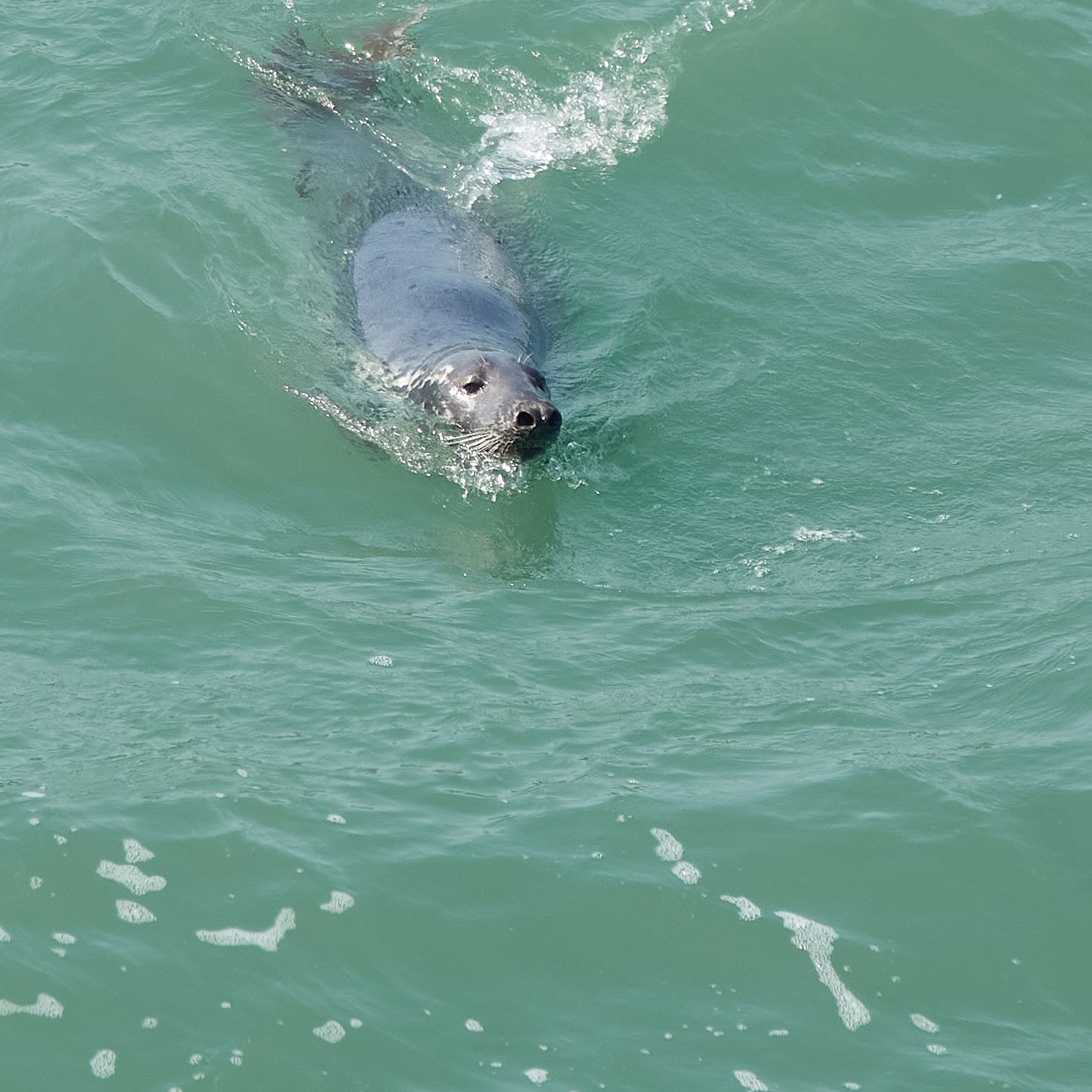 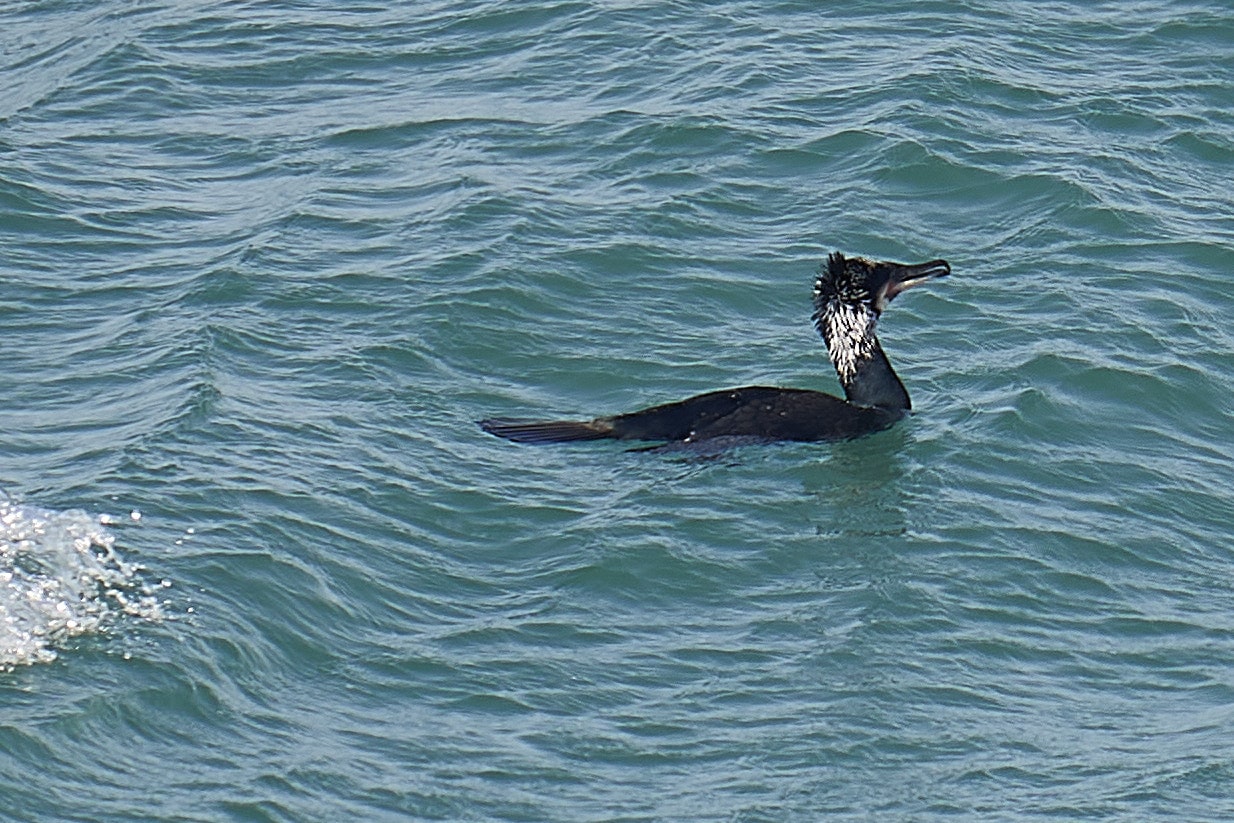 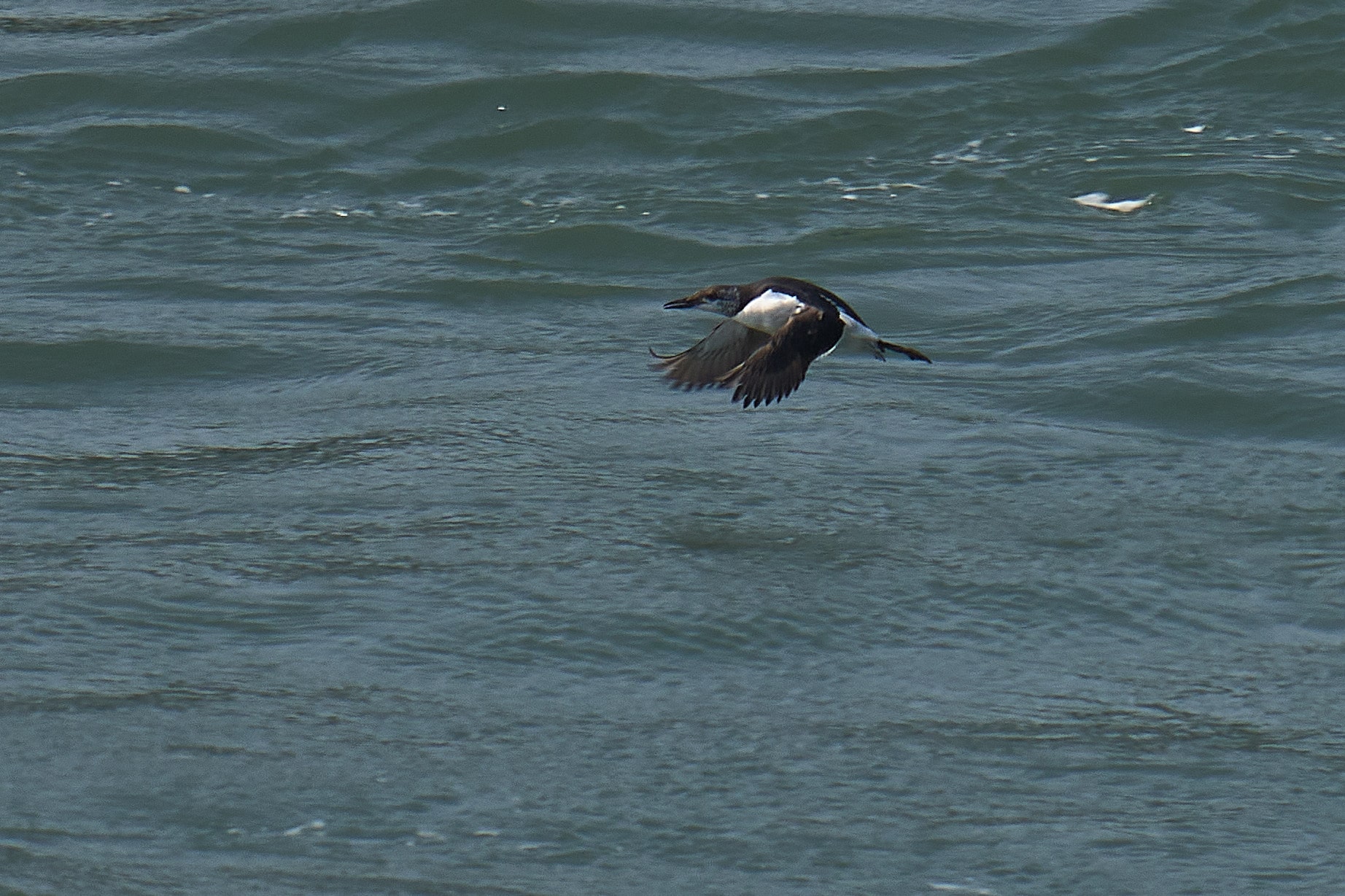 Always there were gulls drifting south in the morning, north in the evening, but the stars of the show were the Gannets. How did I end up with 100 Gannet pictures? I just can’t resist them. They are sublimely unaware of their charisma and just sail to and fro looking majestic and inscrutable. Only once did I see one dive and of course missed the shot, but they had made my day. 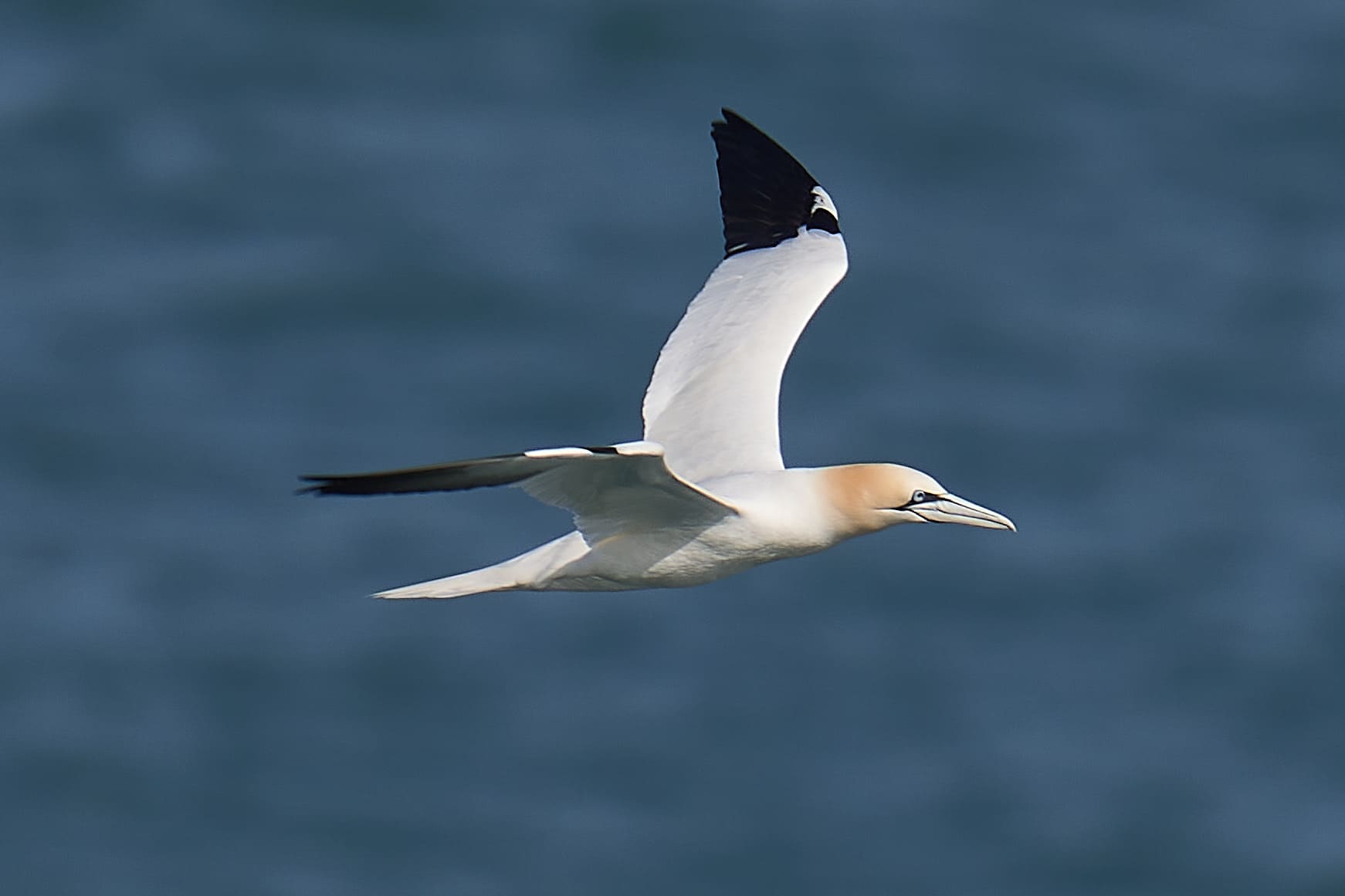 Even the discovery that the sink tap in the van had failed – leaving me with no available water – didn’t spoil my day. It didn’t matter; I would be back home in time for my much postponed haircut. The Gannets could do without me for a few more weeks.

1 Response to Gannets and Porpoises