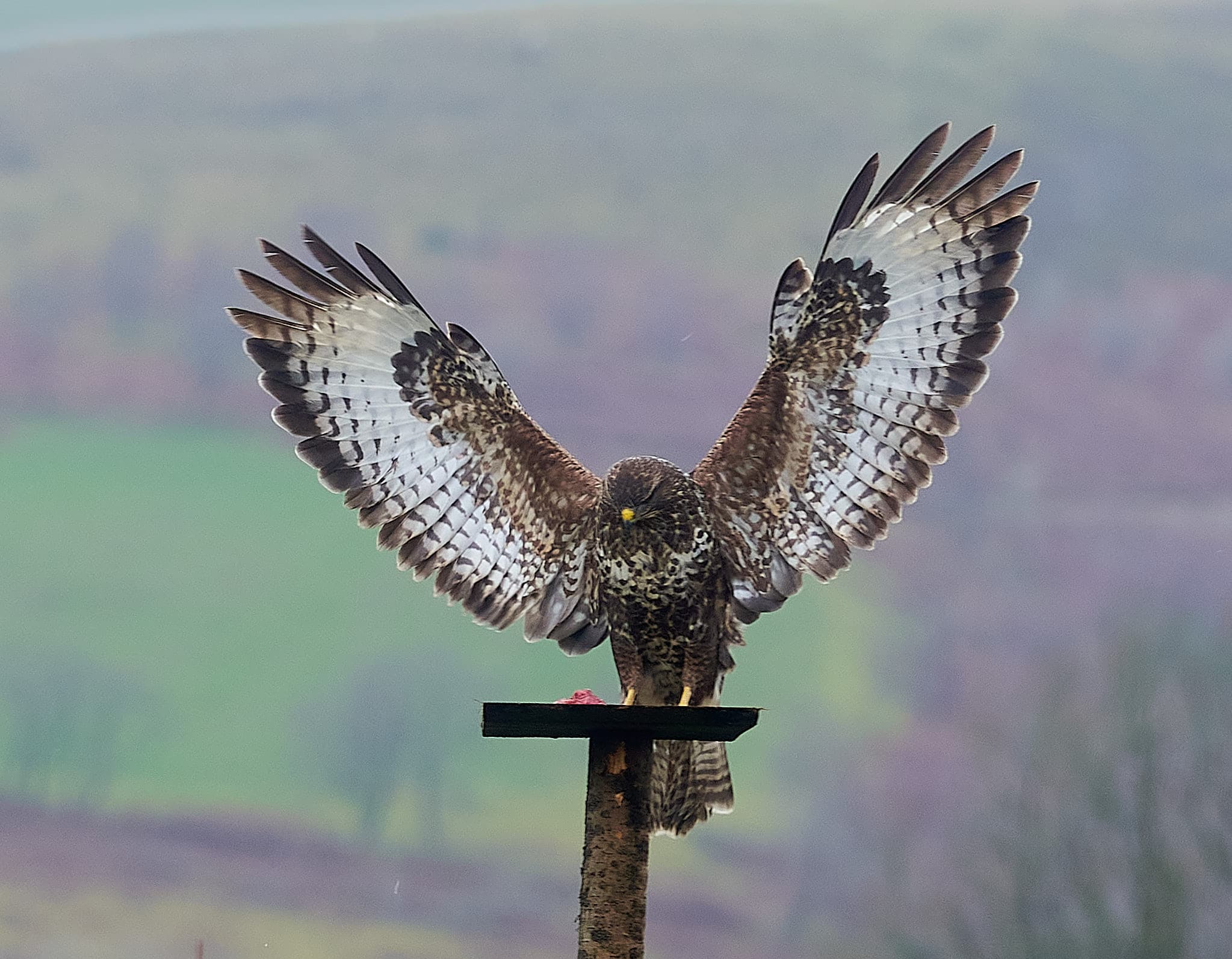 Our relationship with Brian the Buzzard has survived the Christmas period. There were too many strange faces for him then and he flew off in a huff. Not for long though. We have a variable routine: some meat scraps on the high perch, a few on one of the lower feed platforms and then a few on the log which is barely 3 metres from where I am sitting in the Studio Hide. I’m hoping to tempt him even closer onto the deck, but so far he has preferred to move away and watch to see if I leave the scraps behind when I go.

Interestingly, although he looks like an eagle or a hawk, the little birds are not scared of him. Somehow they know his killer instinct is not strong, but they are happy to leave him his personal space as by far the biggest bird to visit the feeders.

They would have felt very different about another bird of prey I came close to recently: 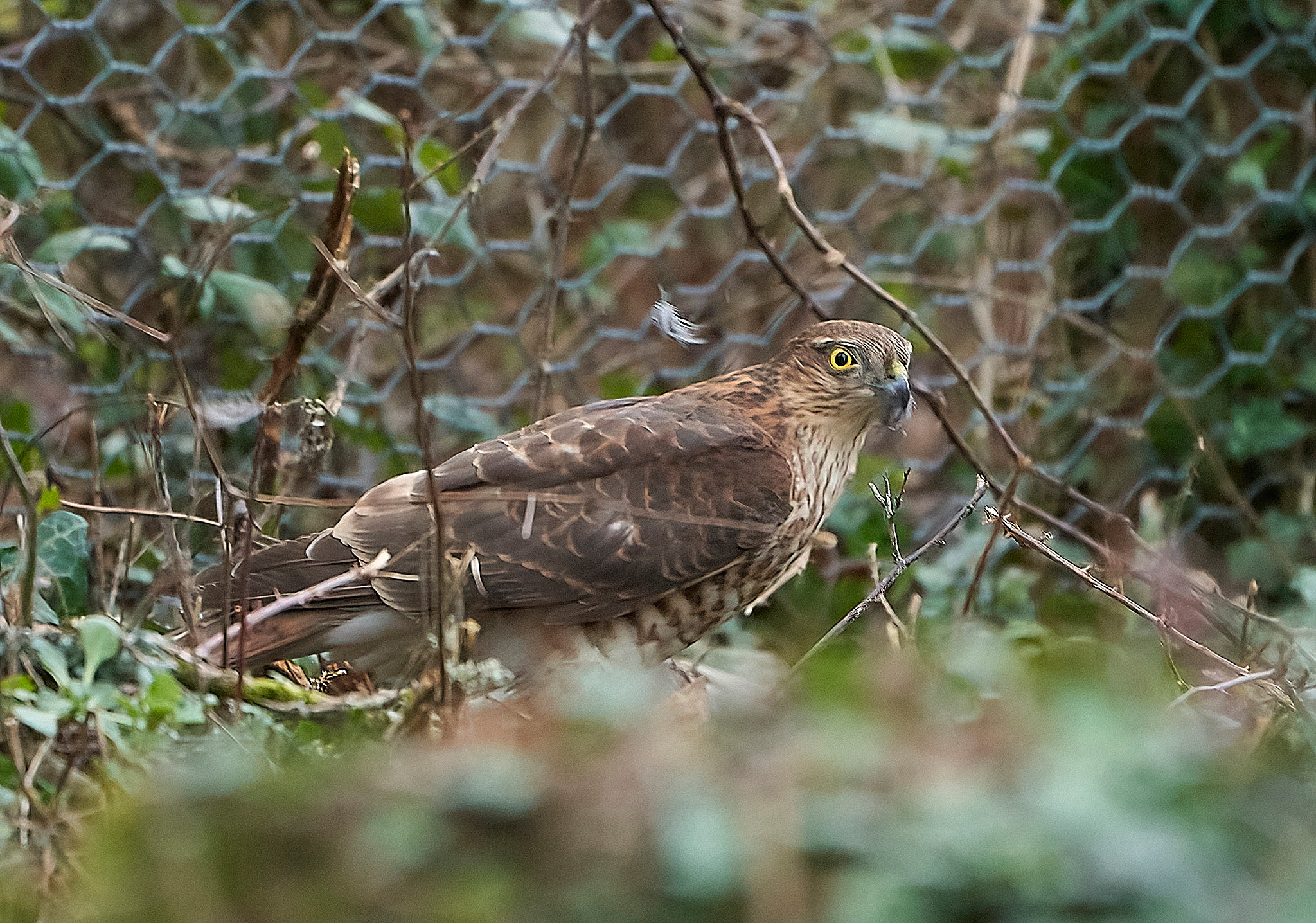 This was a female Sparrow Hawk  which had just caught a small bird near one of the paths at the Llanelli Wetlands Centre, and was rapidly plucking it. If this fearsome beast had turned up in the garden there would have been a mad dash for the bushes. Even one perching nearby last year was enough to banish all movement from the garden for a good ten minutes.

Brian features in the book I am just now preparing for printing. It’s called “The Deer, the Hare, the Osprey and the Buzzard – stories and picture from 2021” and has 40 pages of pictures and text in magazine style.