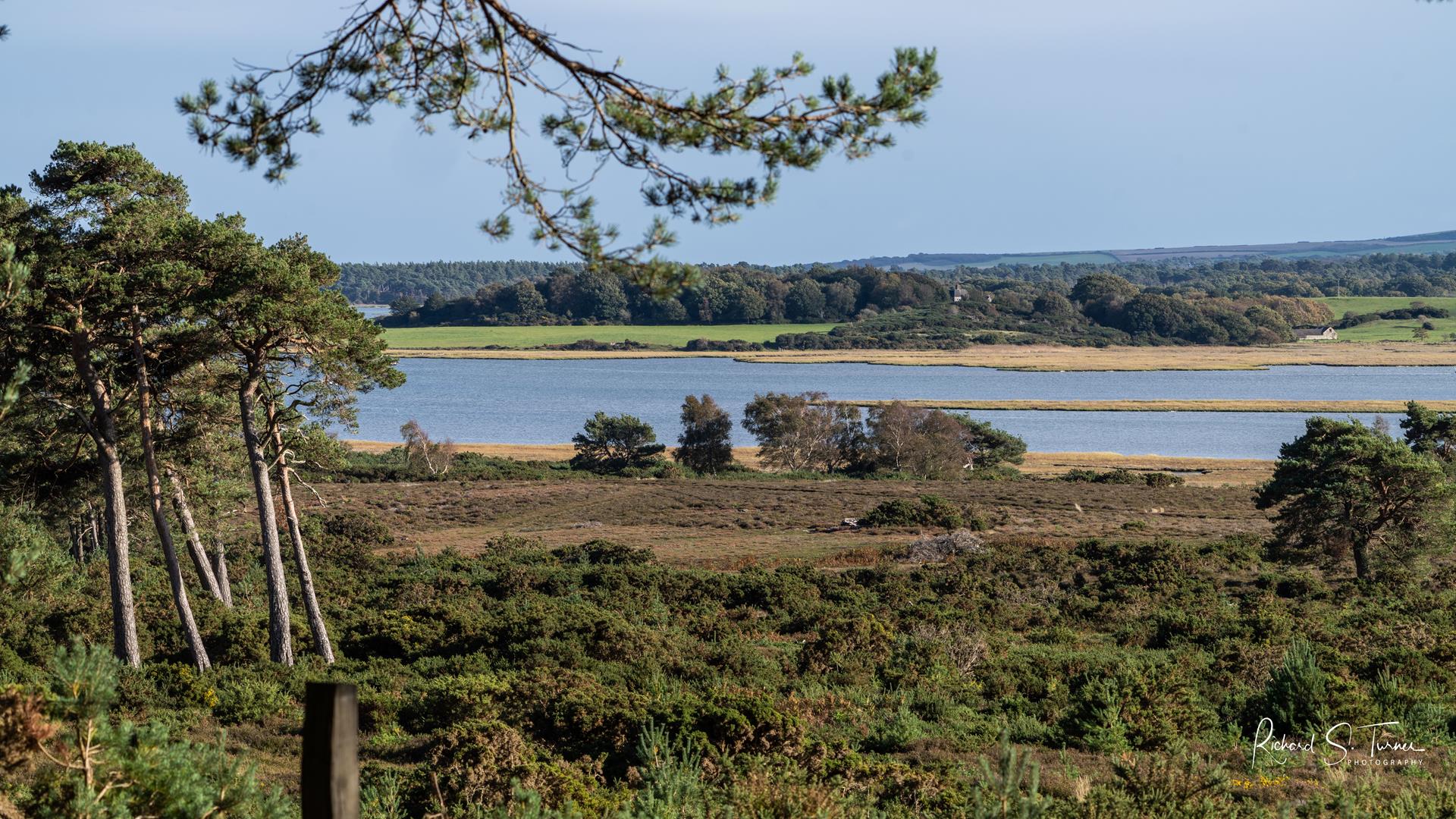 The hamlet of Arne lies at the centre of a sandy peninsula at the northern end of Poole Harbour in Dorset. Getting there from the East means crossing three big urban areas – Portsmouth, Southampton and Bournemouth – and for visual relief, part of the New Forest. Even when you leave the heaving dual-carriageway at Poole and drive south through Wareham you are still in busy urban areas, so the sudden change to the little C road which takes you the 4 miles to Arne is a culture shock. Within minutes you are in wide expanses of heathland and pine forest on a single track road with passing places. On the Saturday in mid October when I arrived the little road was busy, but it felt wonderful to be in this extraordinary conjunction of sea, estuary, heathland and those iconic native Scots pine trees. I’d been here before, but it must have been 30 years ago. I remembered the heather and the trees and the Godwits. They follow me around these birds; or is it the other way round? In Iceland I couldn’t get away from them in in their vivid breeding plumage. 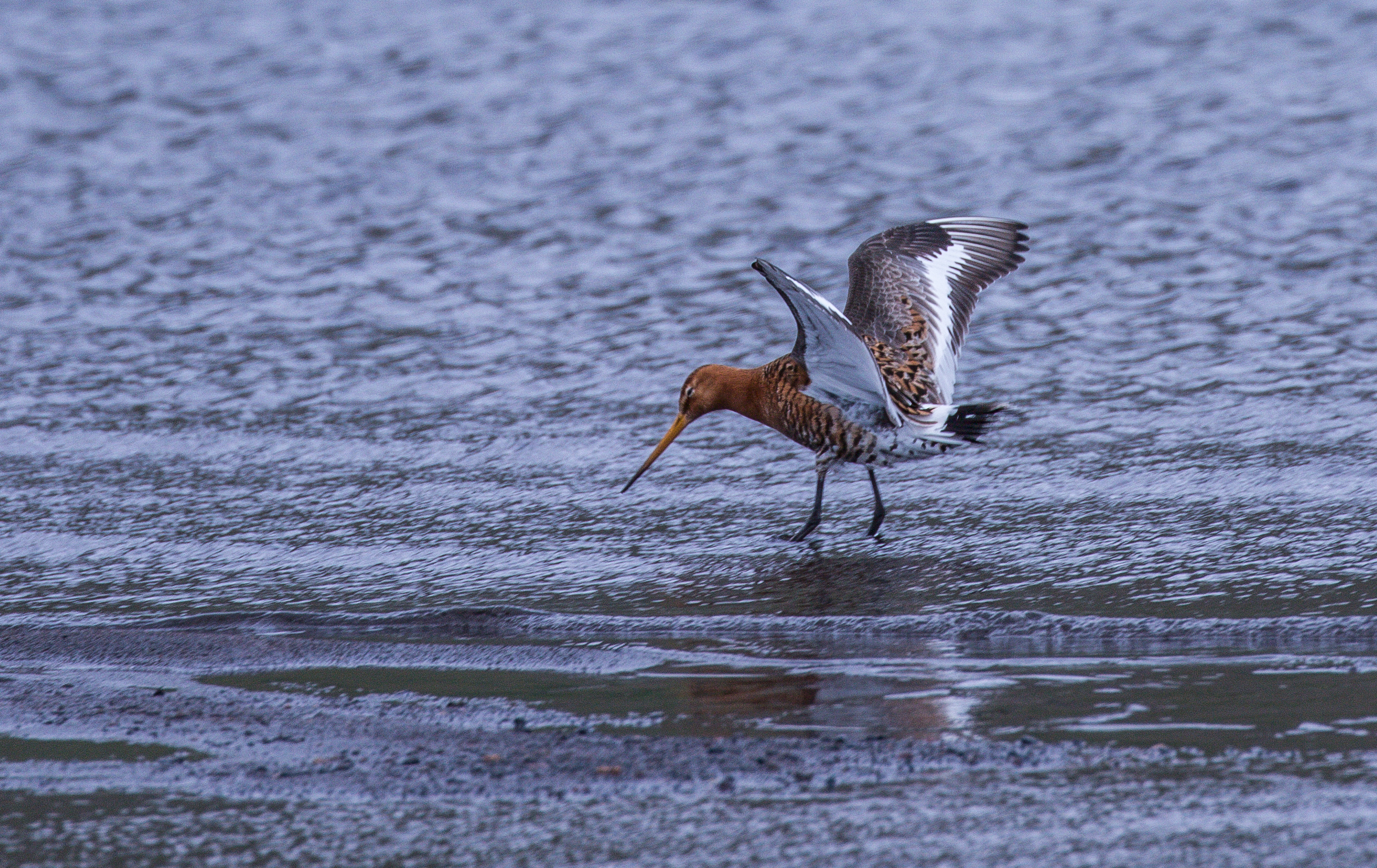 That was in June but as soon as I got back the advance guard had done the journey with me and were strutting around at Llanelli. Godwits are special – they are everything we bird watchers love about waders – the long legs and log beak, the subtle plumage, rapid flight and big flocks. However, there are two kinds of Godwit, the Bar Tailed and the Black Tailed and I still have difficulty telling which is which – until now. I set out on a fine afternoon from the car park to one of the viewing screens on the estuary. By the time I got there it was raining so the images were not great, but I had a fairly clear picture of the one we seldom see in Wales, the Black Tailed Godwit.

No sooner had I left the estuary than the sun came out again and I could capture the essence of the landscape. 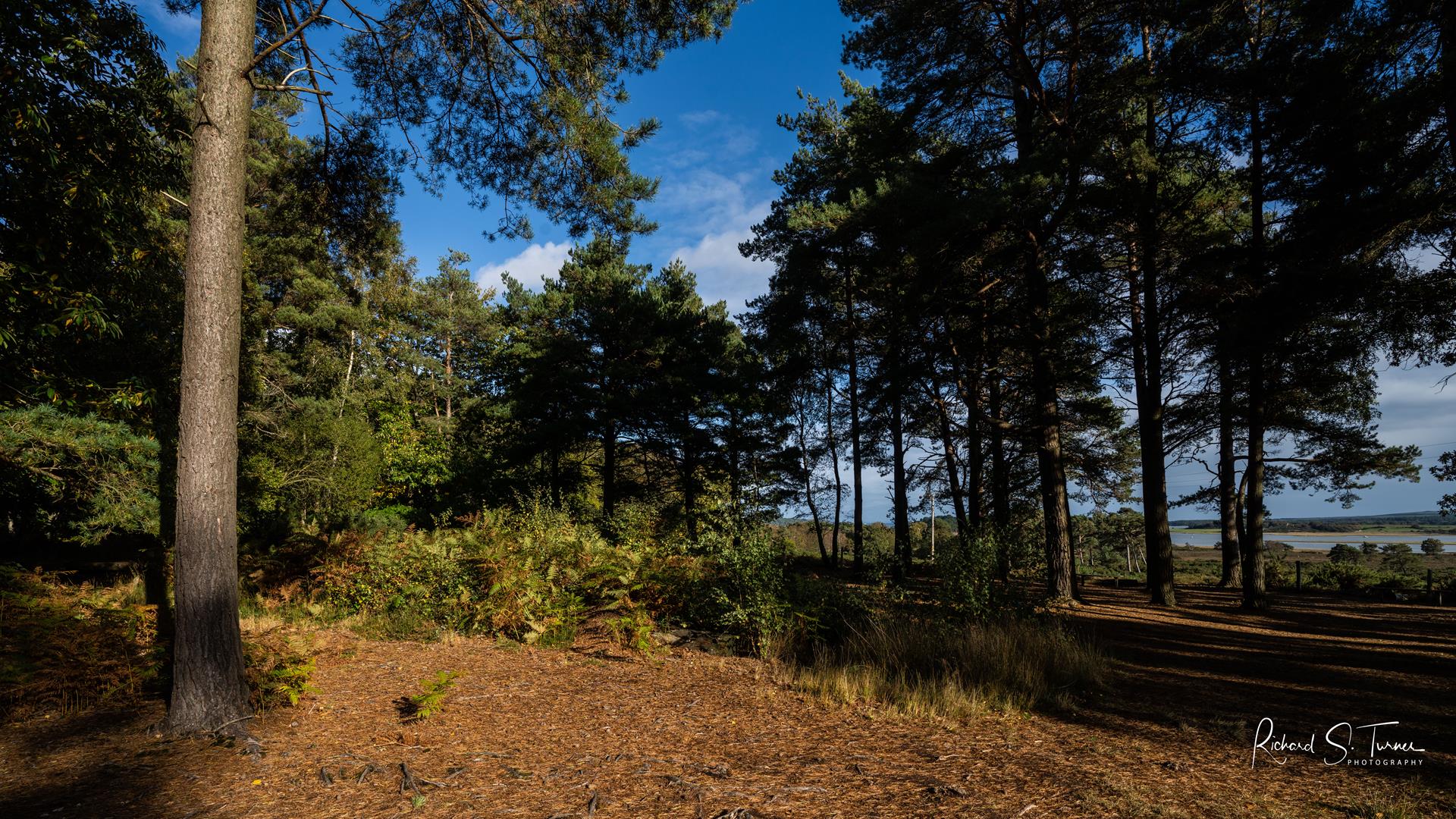 The next morning I was ready to capture the sunrise over another patch of heathland. 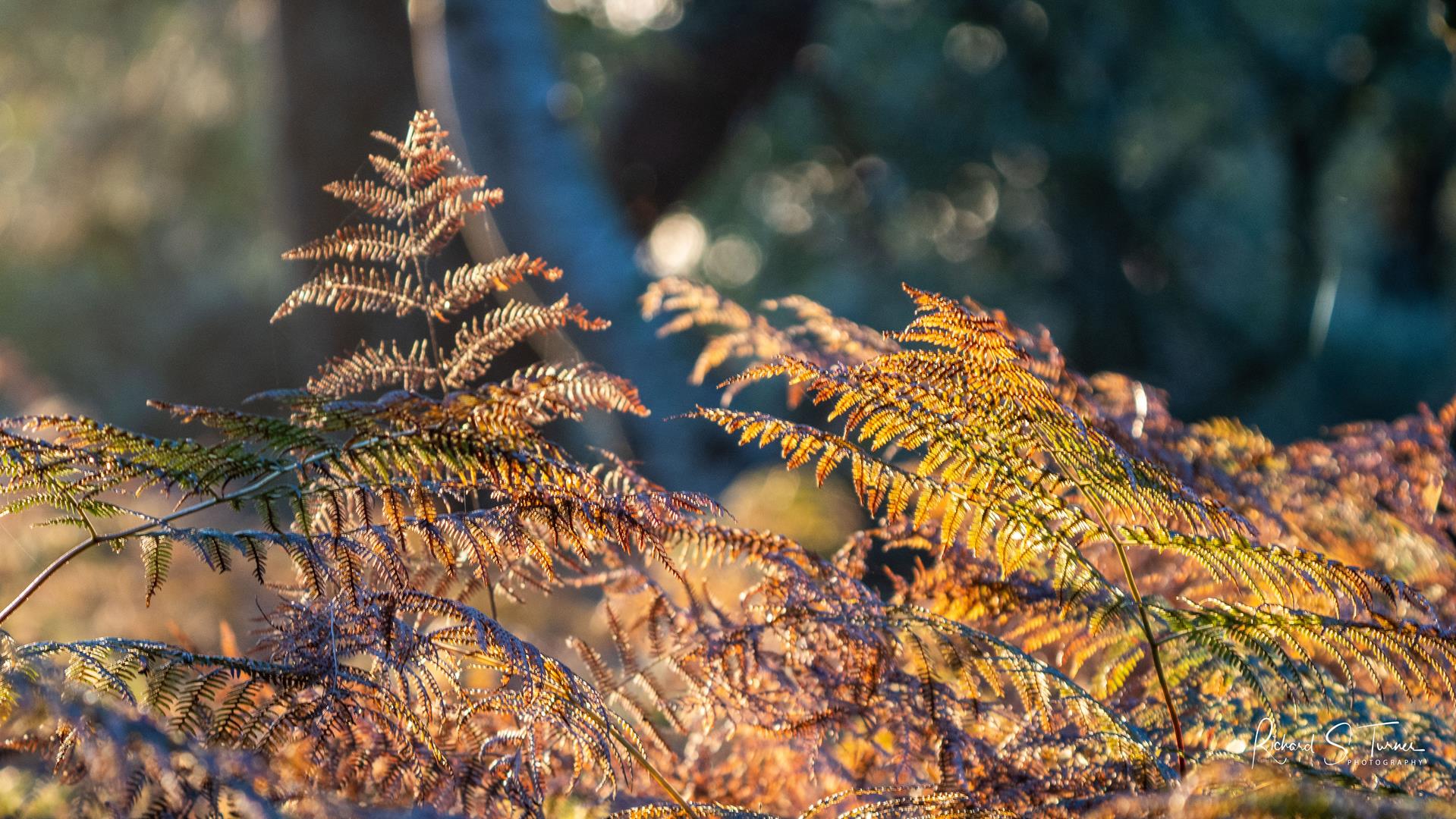 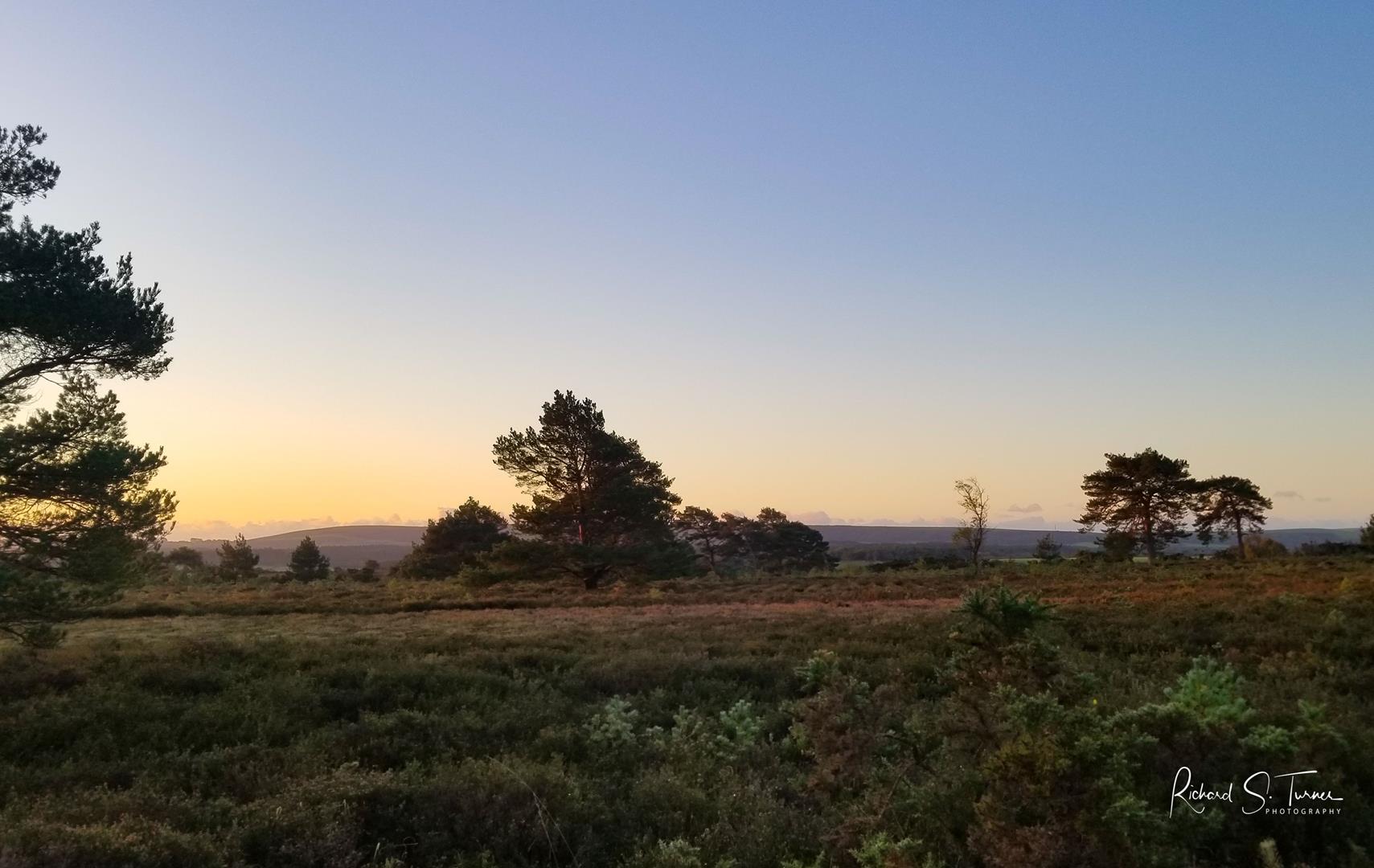 At another viewing station I luxuriated in the fabulous light and the unhurried activity of the Sika deer and a few egrets and herons. 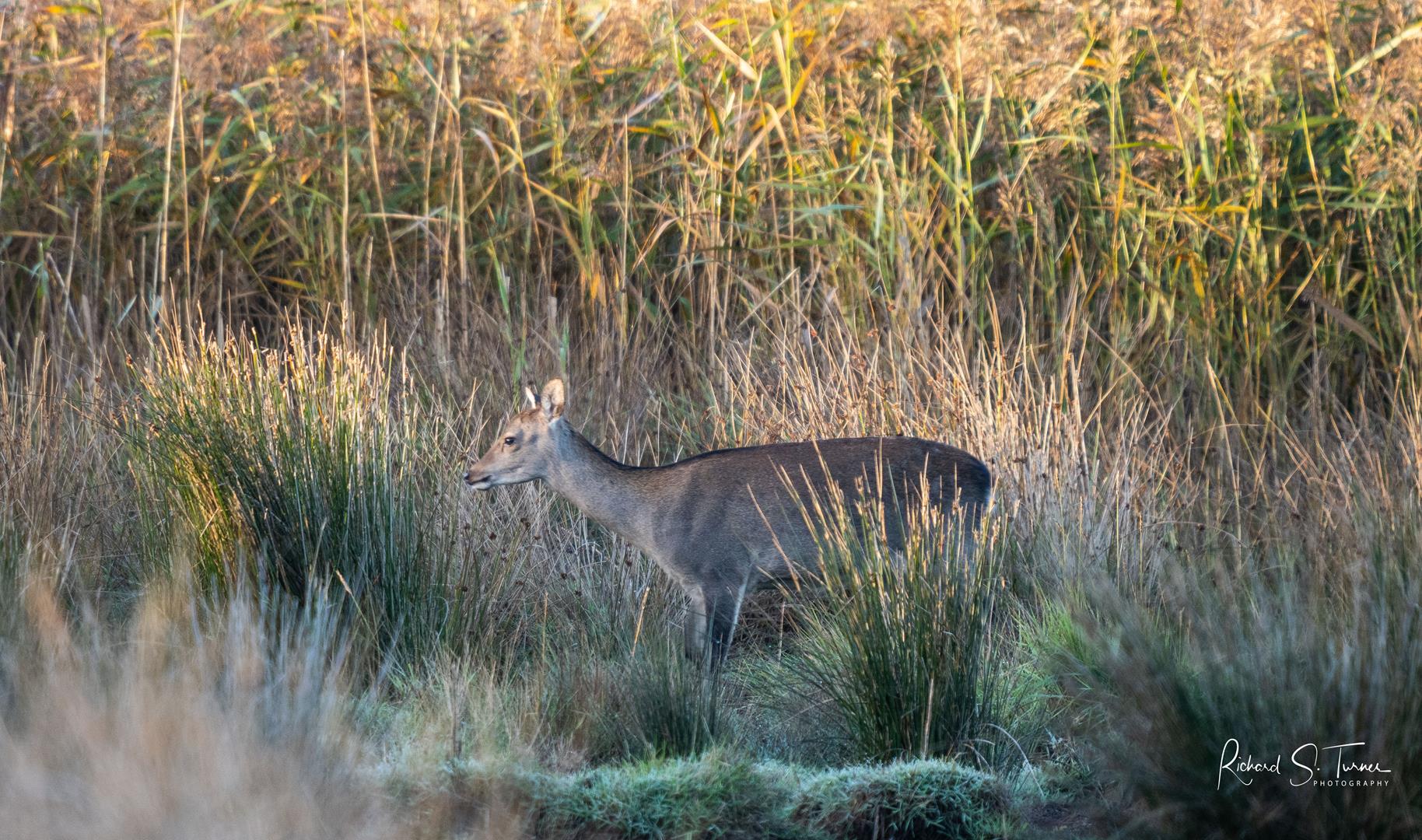 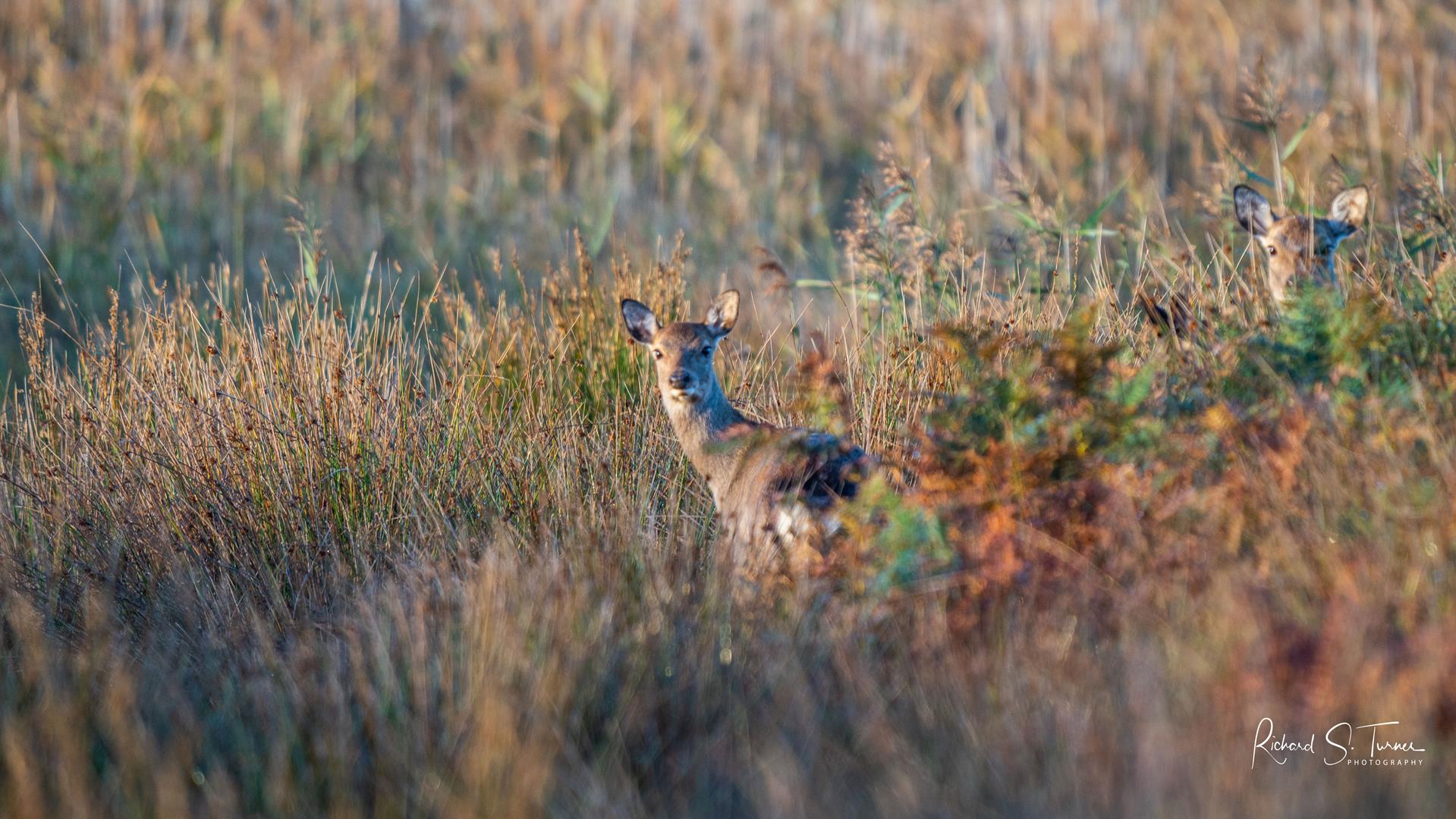 The highlight of my visit though came as I was sitting at a third screen overlooking another inlet with my camera and biggest lens on a tripod. (Sony A7R4 with Sony 200-600 lens) I turned round and found this lovely creature staring at me. 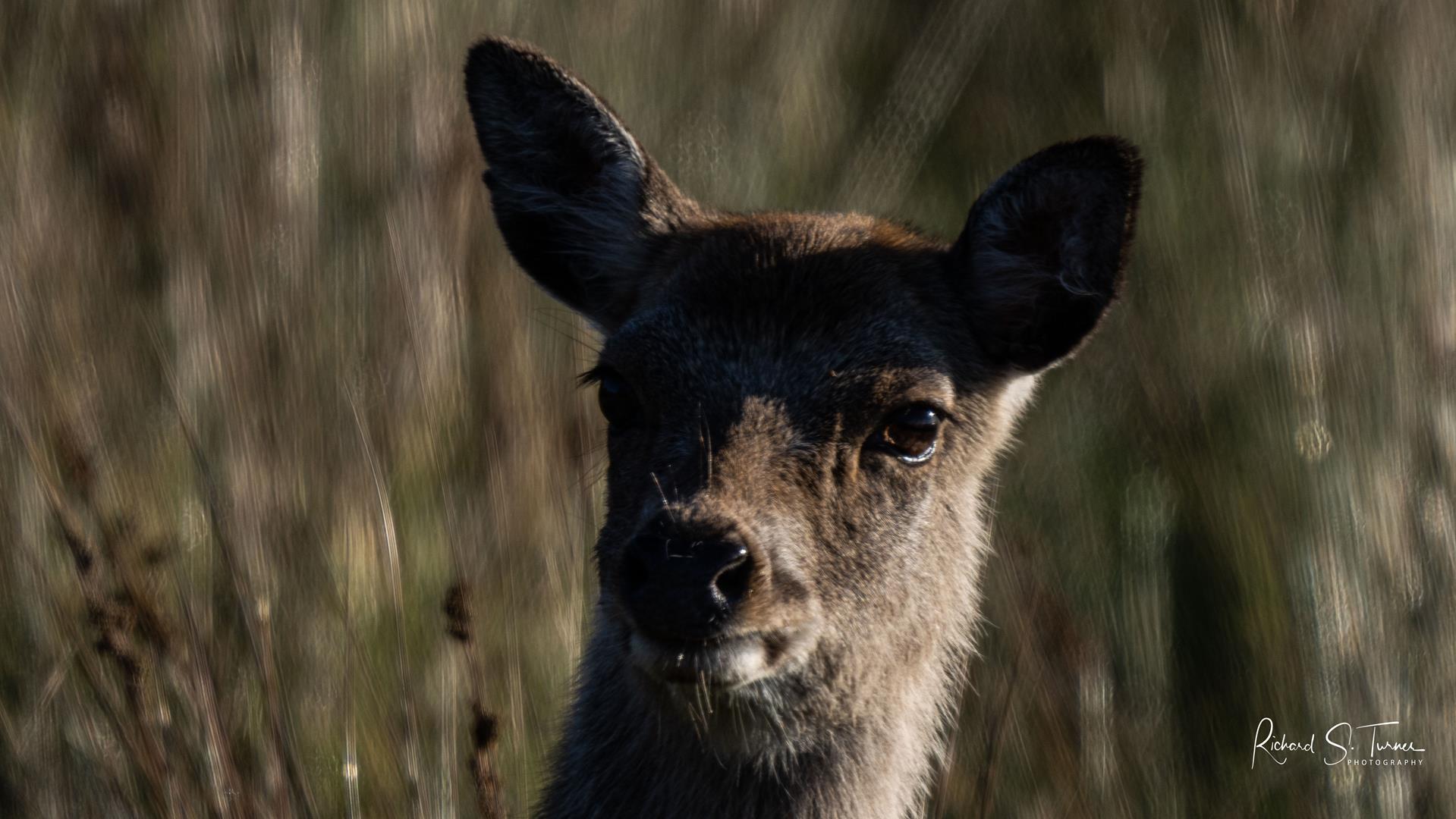 It’s a female Sika. We watched each other for about 15 minutes. She was clearly looking and listening for something: ears turning, nose twitching, the stamp of a hoof and a piercing bird-like cry. Whatever it was did not appear and, with several backward glances, she walked off. (Later research indicates that she was in season and calling for a stag.)