Knepp Castle – the temple of Rewilding 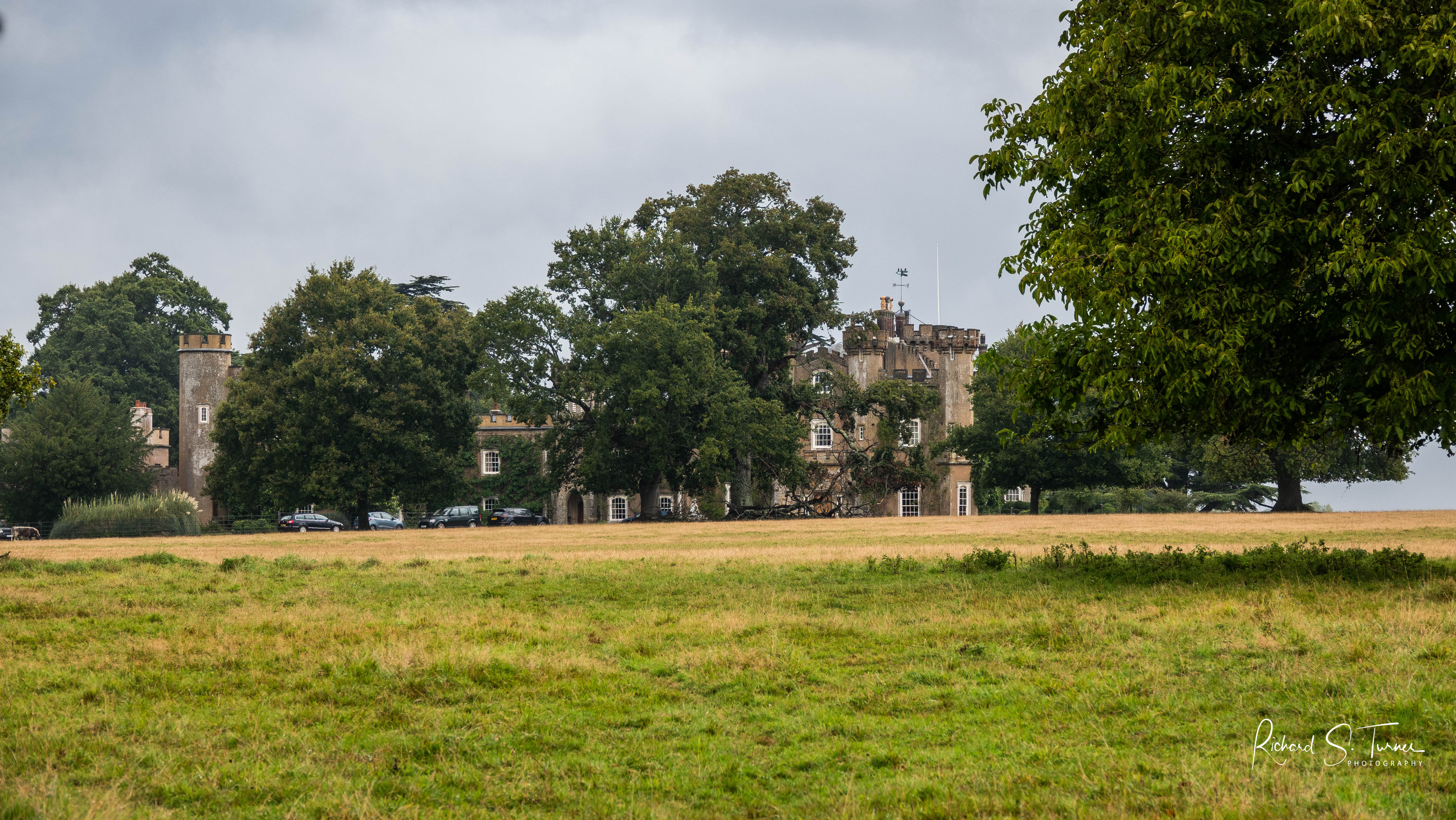 The forecast promised bright periods between the showers, but there were no gaps in the dark grey sky when I un-latched the first of the tall gates in the high fence surrounding this part of the “Knepp Wildlands” in Sussex. However, the steady rain offered me a chance to test out the combination of garments I will be taking to Scotland in a few days time: new leather boots, fairly new waterproof trousers, Paramo waterproof coat, new lightweight rucksack cover and new camera rain cover for my Sony RX10iv. Paramo is one of the top names in outdoor clothing so I was pretty confident about the jacket, and may main concern about the double layer trousers was their comfort. I would soon find out.

The gate clicked shut and ahead of me was a familiar sight – the unmistakeable blade antlers of Fallow deer. They were near floor level in an open barn – at least ten pairs: a stash of dead antlers or were they attached to deer? I stopped. The camera was still packed in the bag and the rain too heavy to risk getting it out, but I had my phone to hand. Slowly I reached for it. The antlers began to move and their owners stood up. Wow, they were big – a good 10cm taller than my familiar Dinefwr herd, and fabulous antlers to match. Uneasy with me they began to move.  I froze and went into observation mode. There were about 20 of them including a few immatures and prickets. (Prickets are teenagers – young bucks with just a single spike for antlers.) Apologies for the quality – this is a phone picture in the rain! 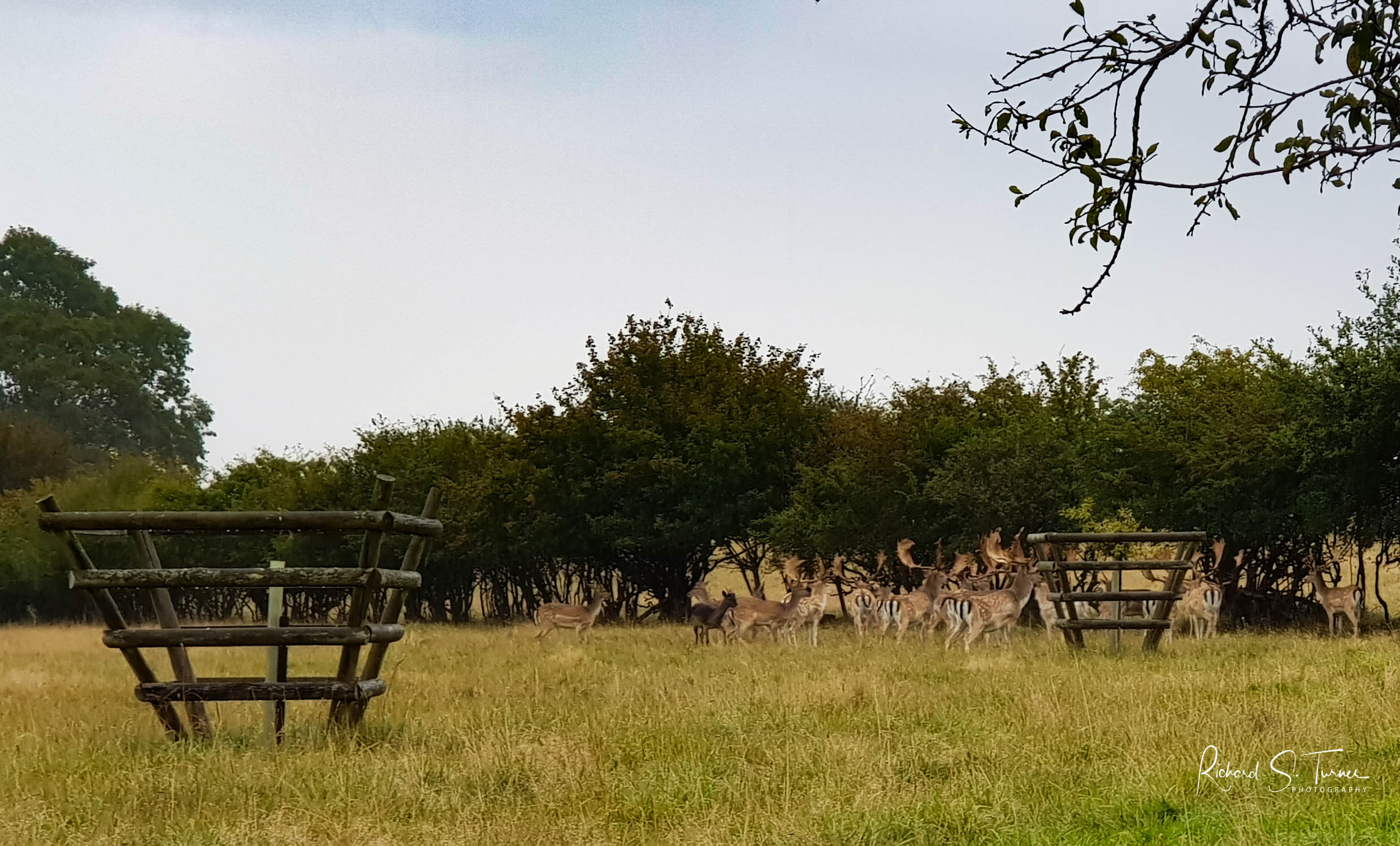 In stages they moved away and I looked round at the landscape I had come all this way to experience. It felt strange and exhilarating. As far as the eye could see were a succession of scruffy fields and the remains of old hedges, bits of scrub and patches of woodland, but no fences! I had a paper map of the route I was trying to follow but it was in an inside pocket, and within minutes I was lost. Fortunately I had the 1:25000 OS maps on my phone and the  GPS cross to show me where I was. (Note to Knepp Estate: better signposting needed.) 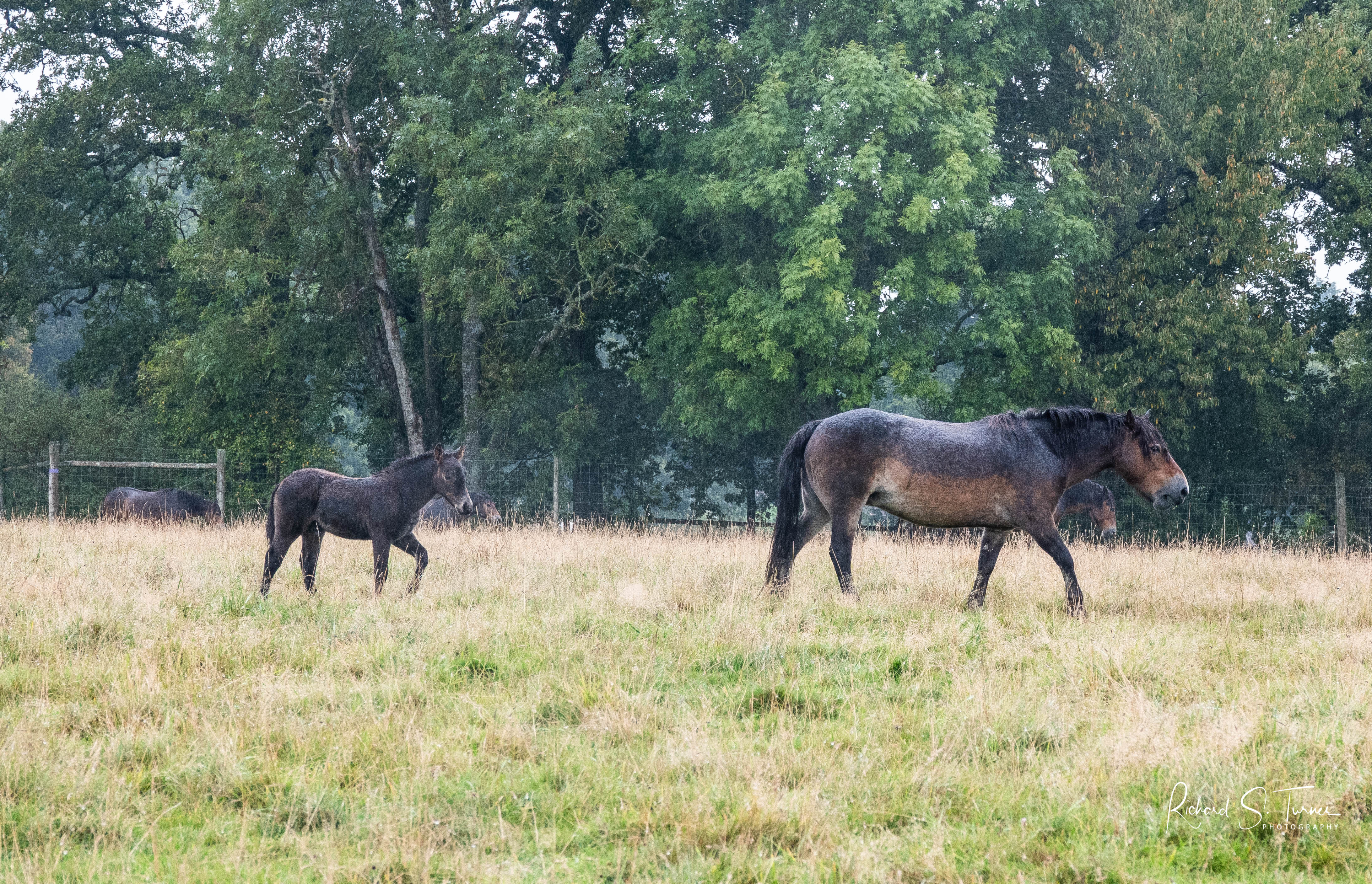 I walked on past some woodland and a small herd of one of the other grazing animals which have been introduced here: Exmoor ponies. These, the Longhorn cattle, Red and Roe deer and Tamworth pigs are the essential ingredients in this hugely successful Re-wilding experiment. Between them they can re-create the now better understood “wildwood” of pre-human times – a vibrantly dynamic mixture of trees, scrub, marsh and grassland. The animals are free to roam and breed naturally and are not fed. However, British law and the absence of  predators mean they have to be monitored and culled.

I walked on past two more groups of Fallow bucks, taking the total – if it was the total – up to 30. I will need to find out how many does these fine fellows service to be able to make a comparison with our Welsh herd. Then past the old Castle Mound, still topped by the remains of the keep, until after 90 minutes of continuous rain I reached my first destination: the bird hide overlooking “Hammer Pond” so called because its waters used to drive iron-ore crushing hammers. The pond has recently been dredged and is just re-filling, so the bird life is not exciting, but it’s a good chance to set up the camera properly, get out the flask and the energy bar and take stock.

The coat is leaking! How is this possible? What seems to be happening is that water is following the edge of the rucksack straps underneath my arms where it is getting through the fabric and wetting my sides. The rest of me seems dry. This could be a big problem in Scotland. I resolve to contact Paramo as soon as I get back.

A lull in the rain is followed by an renewed onslaught so I wait, watching the behaviour of a single mature Fallow buck. He has the air of an outcast – probably like me, far too mature. 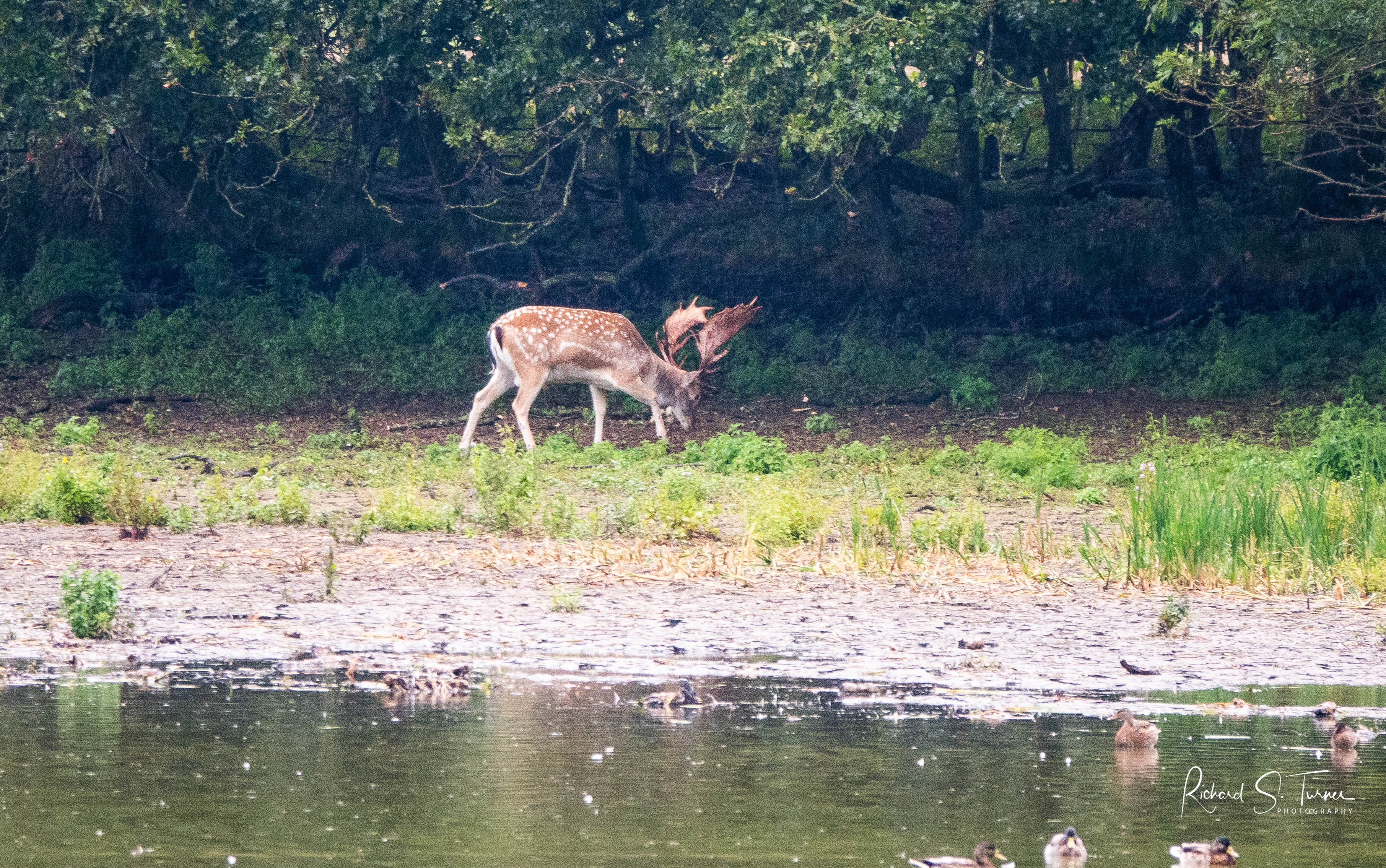 When it does ease off I stride out past the more recent castle where I encounter the first of the longhorns. I’m very keen to see one of the bulls, but this one is too junior to be very impressive.

Some of the cows are though. 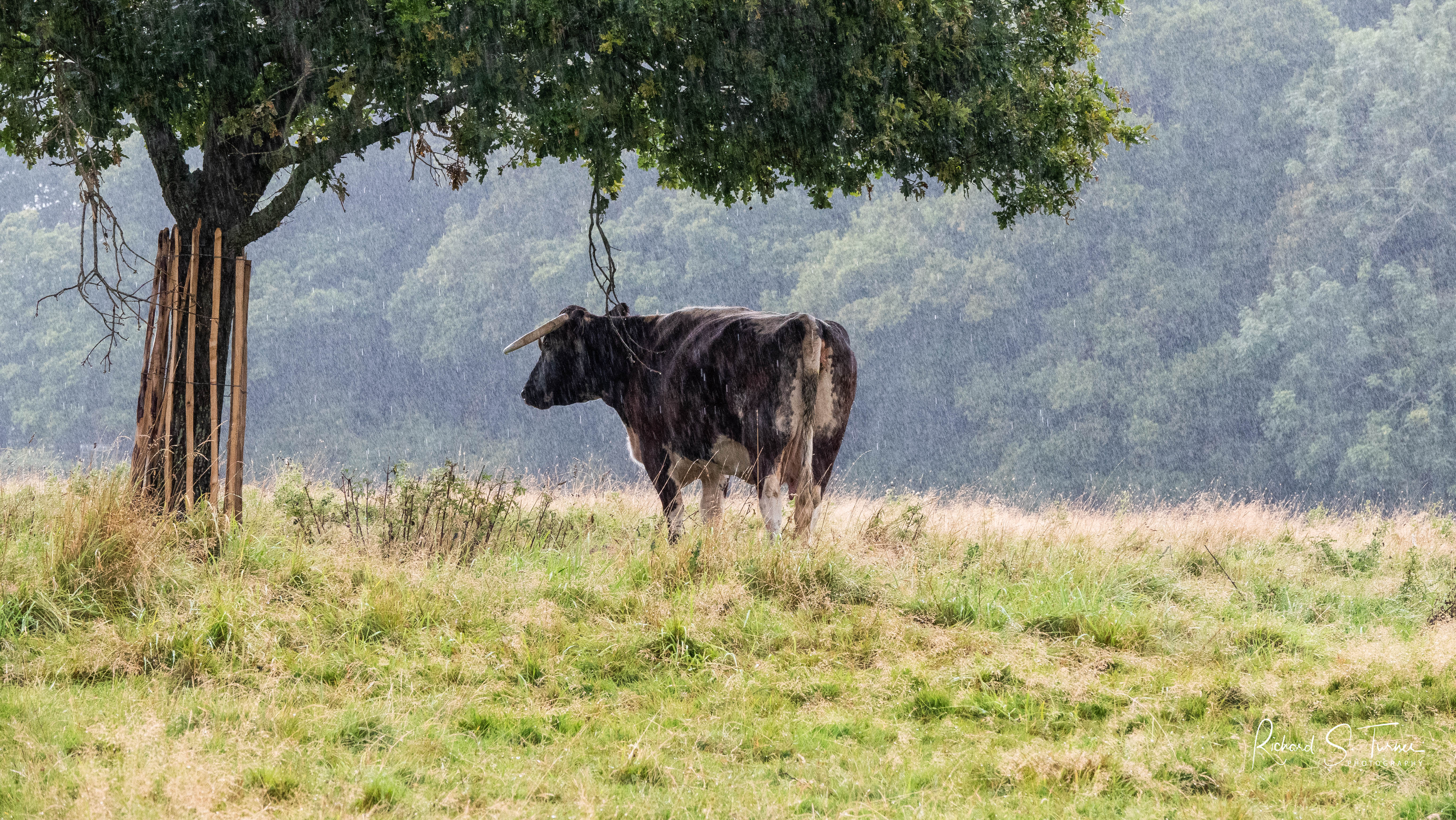 The path leaves the enclosure and enters a village with a shelter where I can consult the map: not much help, the path is closed. My phone shows me an alternative route and I stomp off, beginning to feel uncomfortable with the damp below my arms. The camera too is mis-behaving and  using far too much battery. I realise that the rain cover is interfering with the zoom mechanism so I pack it away before all my 3 batteries are exhausted.

It is still raining when I cross another road and enter a long track through quite dense scrubland. I didn’t know it then but I have crossed from the central section of the estate to the Southern Block which is much wilder with more woodland and scrub.

Suddenly there is movement ahead. I freeze in delight: a Tamworth sow with piglets in tow is trotting rapidly towards me.

This was to be the defining moment of my day: a magical encounter with a family of animals living absolutely naturally. The fact that they had little fear of humans also felt natural.

After that the  prospect of lunch in the rain and the long trudge back to the car seemed no problem, but there was one more delight in store. Just as I began to look seriously for somewhere to sit and eat my sandwich, my prayers were answered: 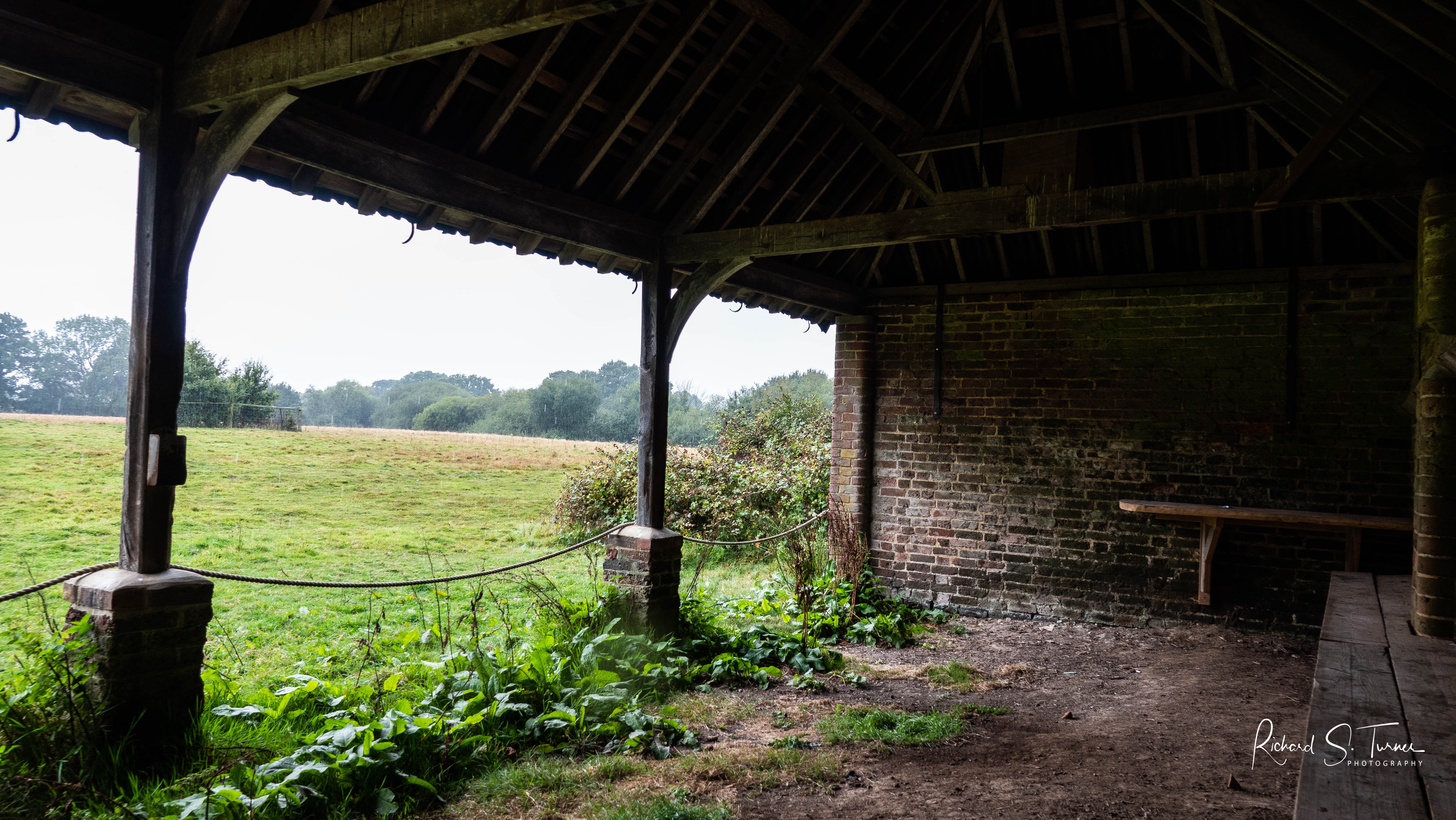 It had been a day with few birds, so I was pleased to see a small flock of siskins and goldfinches feeding on teasels by the car park: 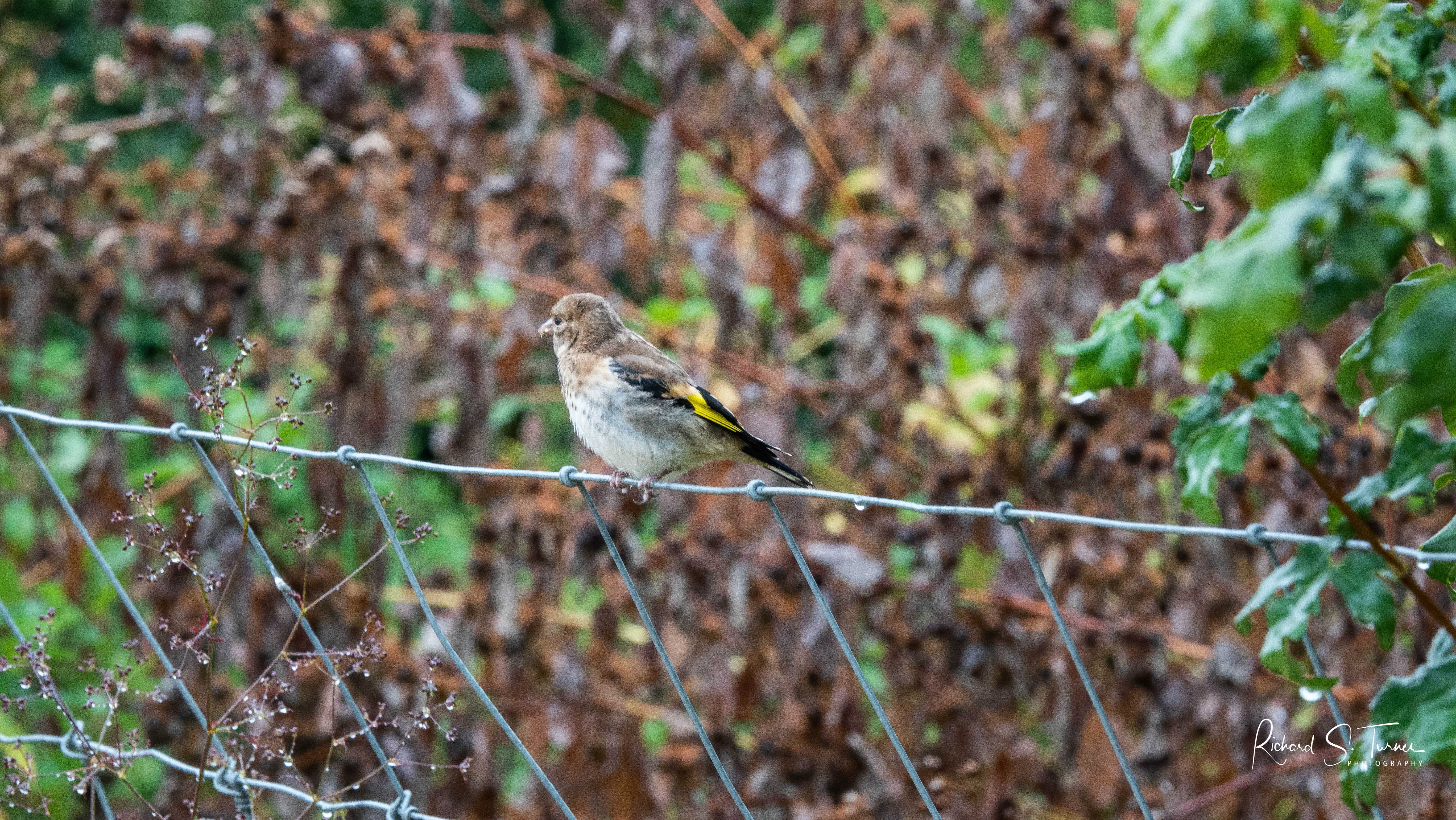 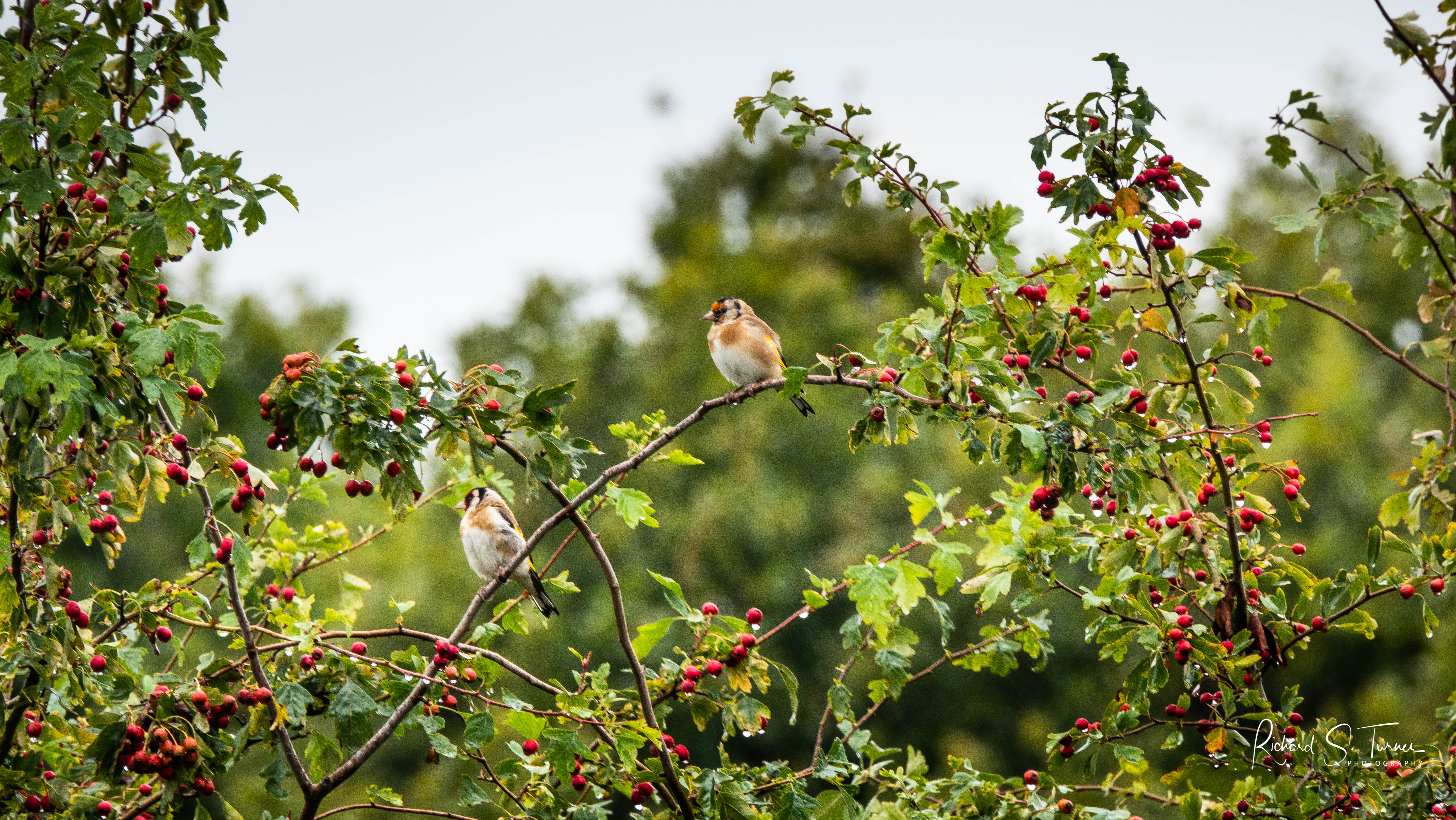 2 Responses to Knepp Castle – the temple of Rewilding