More from the Celestial Lighting Engineer

November: it’s a month that needs sun. I crave the clear skies, frosty, misty  mornings, and that special low light on the dying leaves. I had been occupying myself with planning an ambitious trip to Scotland but then cancelled my early bird bookings because the ratio between the risk of serious discomfort and cost was out of balance – both far too high. Sorry eagles, I’ll see you another day.

So it was back to the home turf,  “patching” as the “togs” call it. (Why do we need jargon? What’s the use of it – to exclude outsiders? Save time?) I was lucky enough to catch the CLE (see title) at his or her most inspired on a the few occasions when the clouds dispersed.

At the beginning of the month, driving back from an exhausting trip to Sussex cleaning and de-cluttering my oldest cousin’s decrepit cottage, we came head on to the most spectacular double rainbow forming a complete arch above the motorway. This poor phone picture gives a hint of what it was like. When we arrived home the tail of it had followed us.

On an early misty morning I trudged out into the flood plain at Dinefwr park. The bird life was little in evidence, but the light through the mist was wonderful. 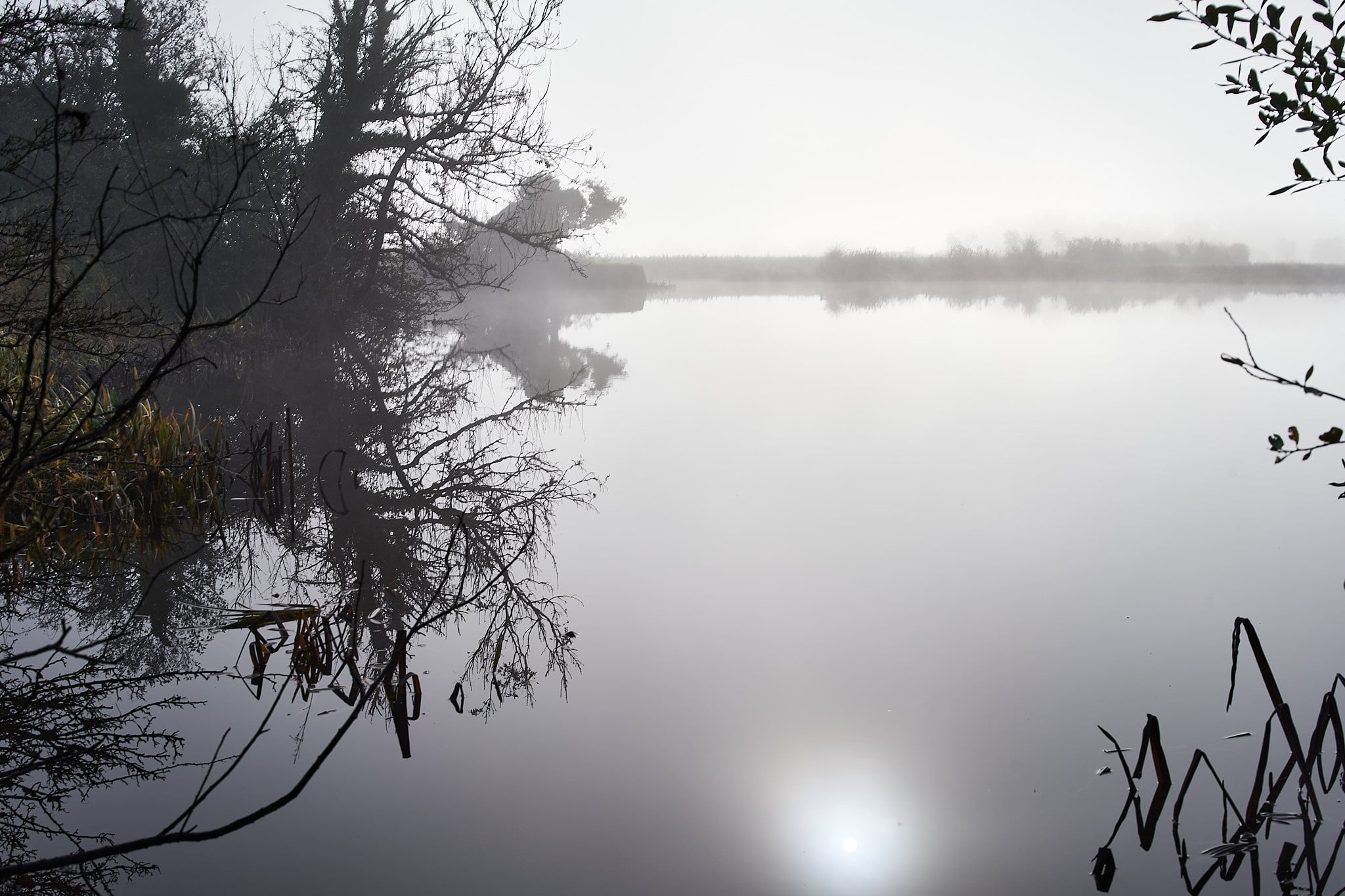 On the left of the picture is the jetty which was built before the Normandy Landings so that the troops stationed at Dinefwr could practise embarking and disembarking. They couldn’t go anywhere – it’s a lake! 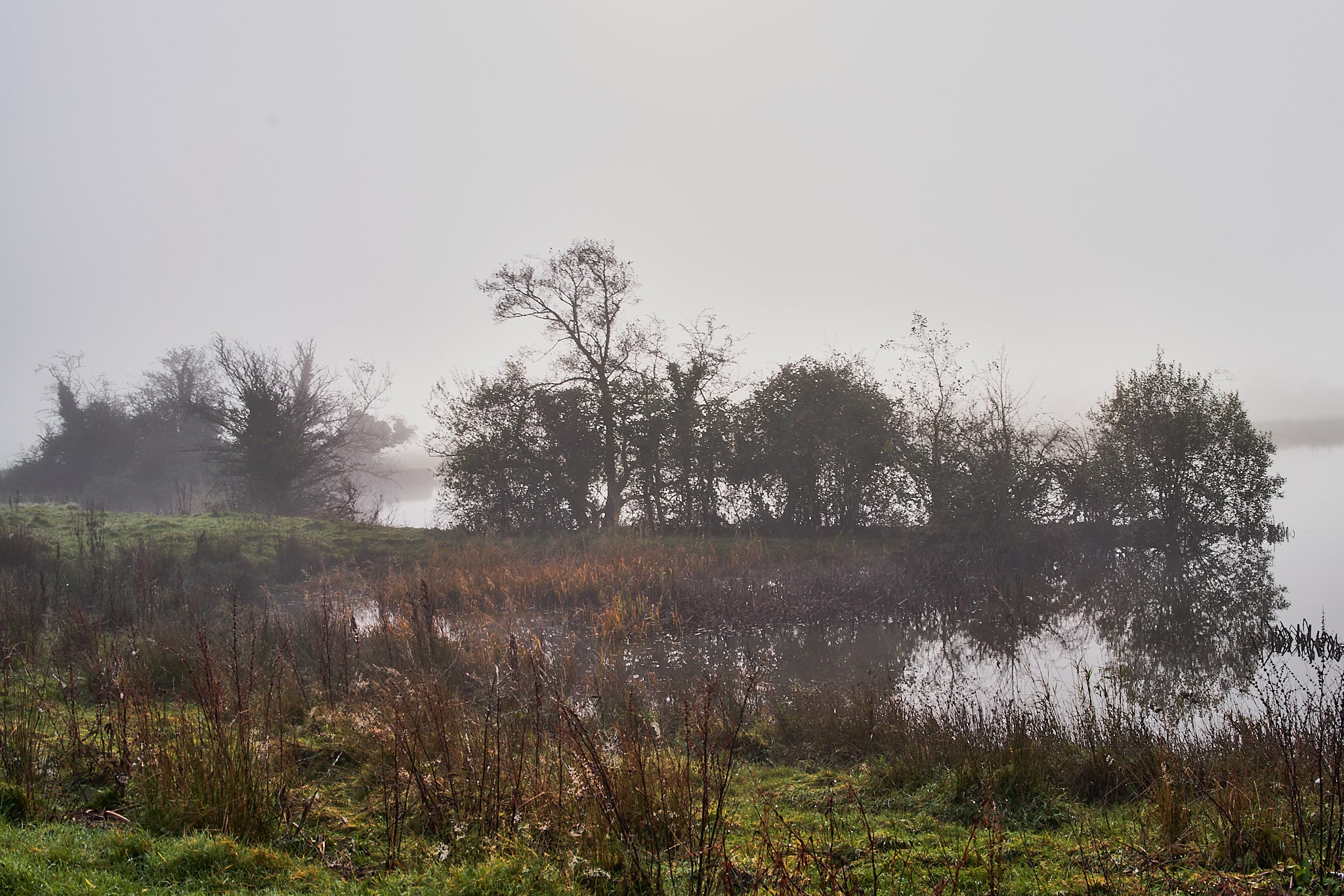 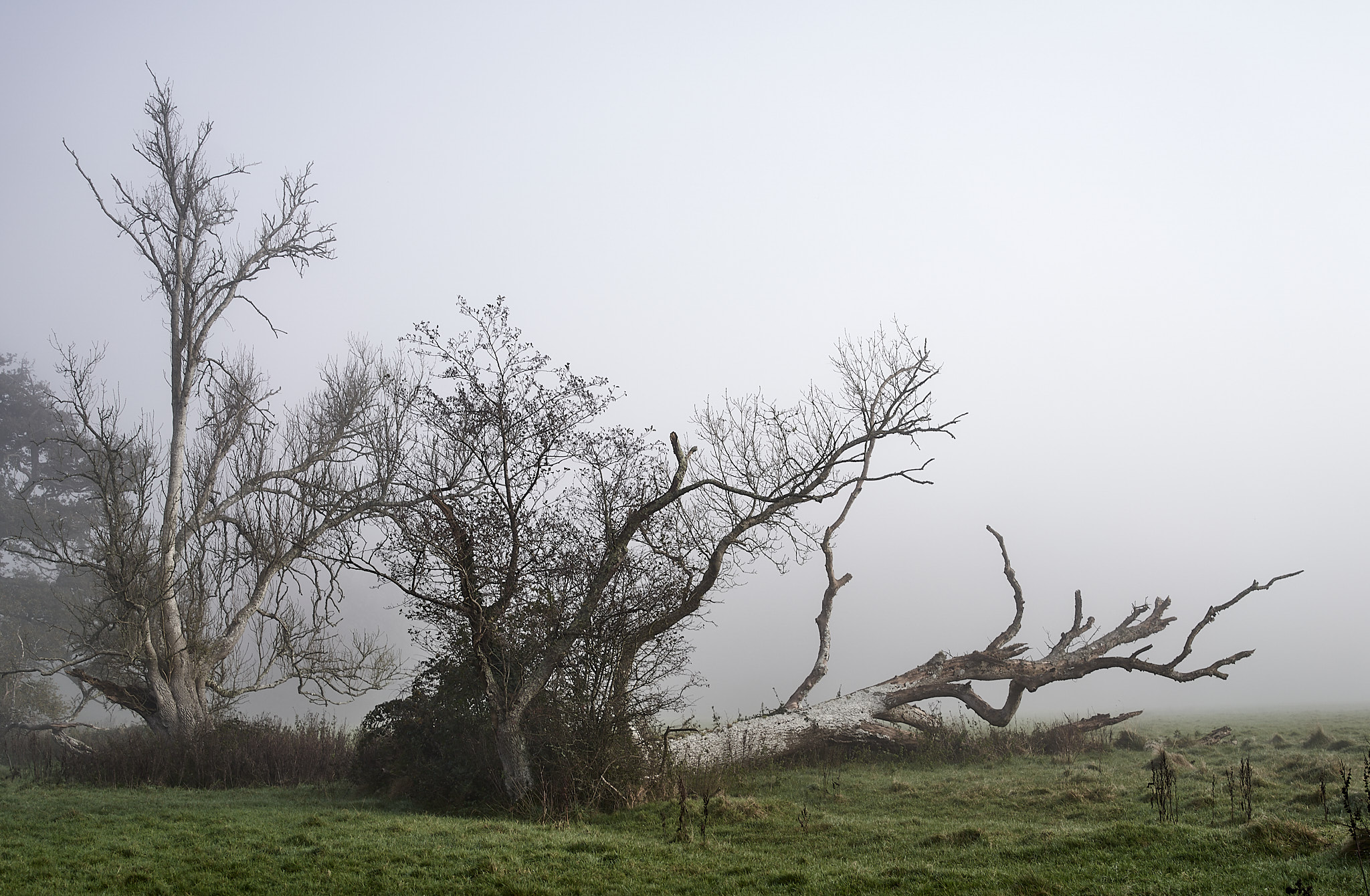 A few days later, on my way to Carmarthen,  I stopped at Dryslwyn castle to see if there were any wintering birds there. As I arrived at the car park the mist lifted and the trees by the river were suddenly transformed. 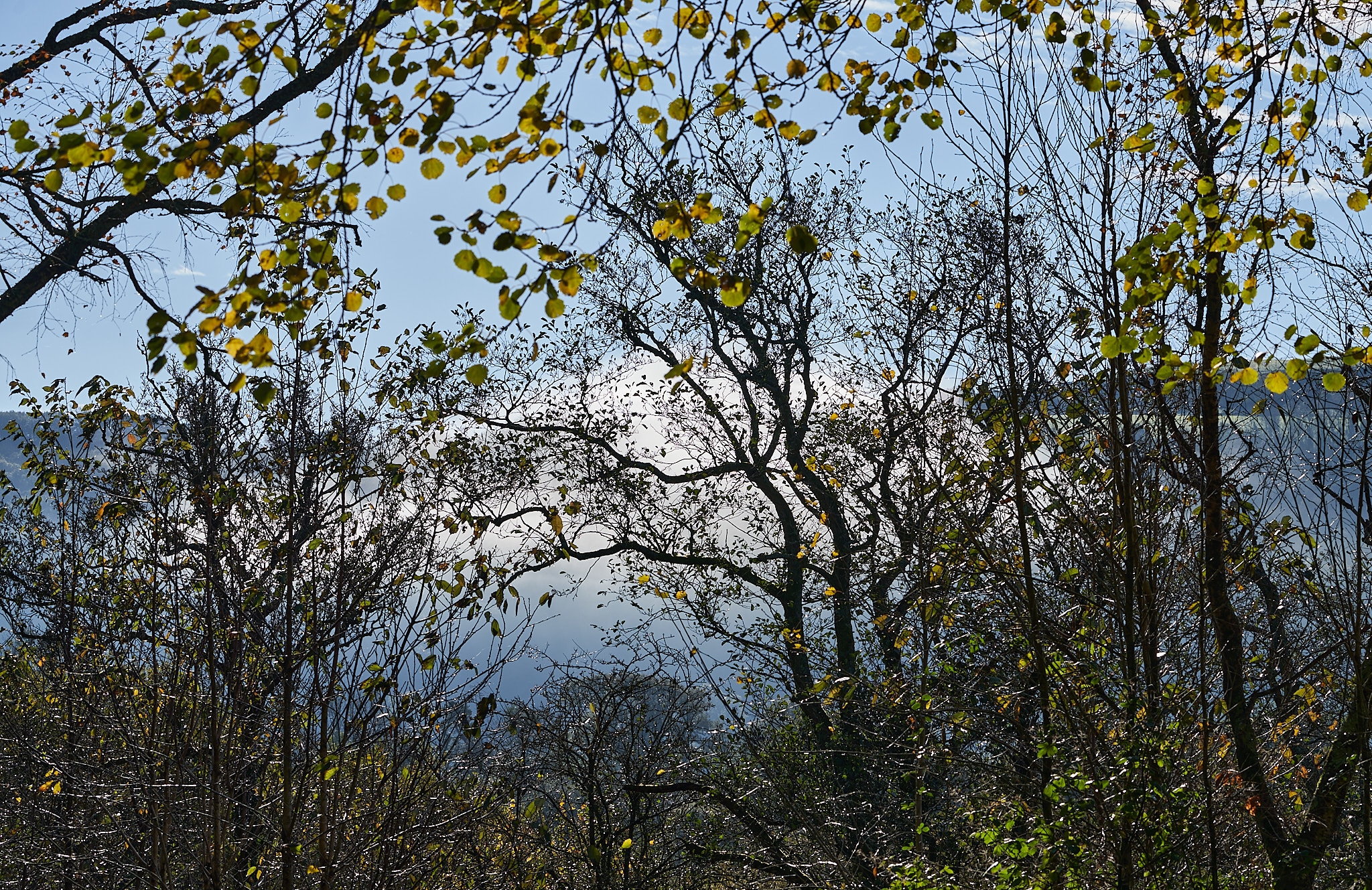 There were no unusual birds around but the landscape provided a striking background for a big flock of Canada Geese, another of distant gulls and, decorating the trees, some Jackdaws. As I returned to the car, a flock of Greylag Geese flew over complete with textbook evocative calls. 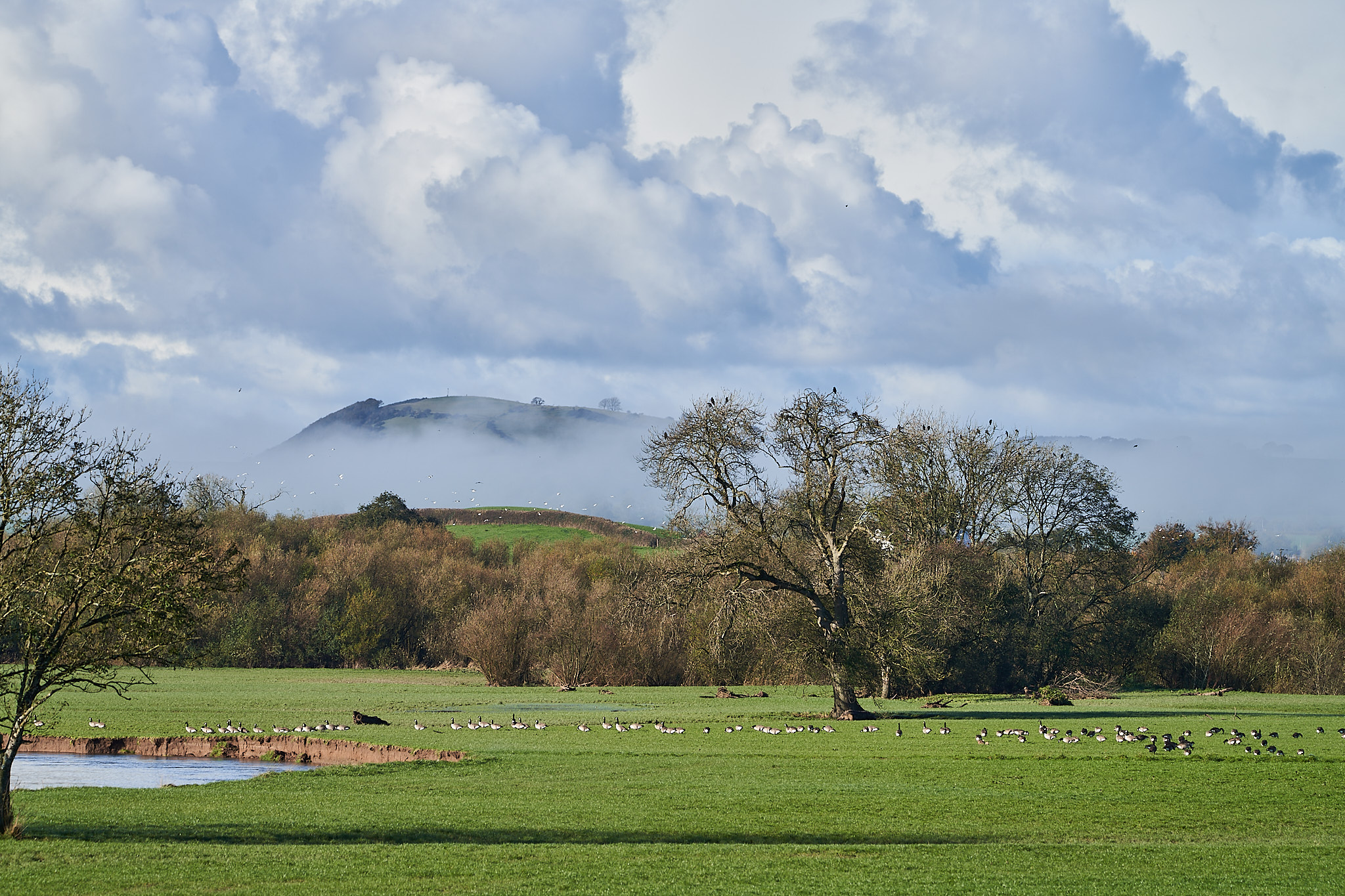 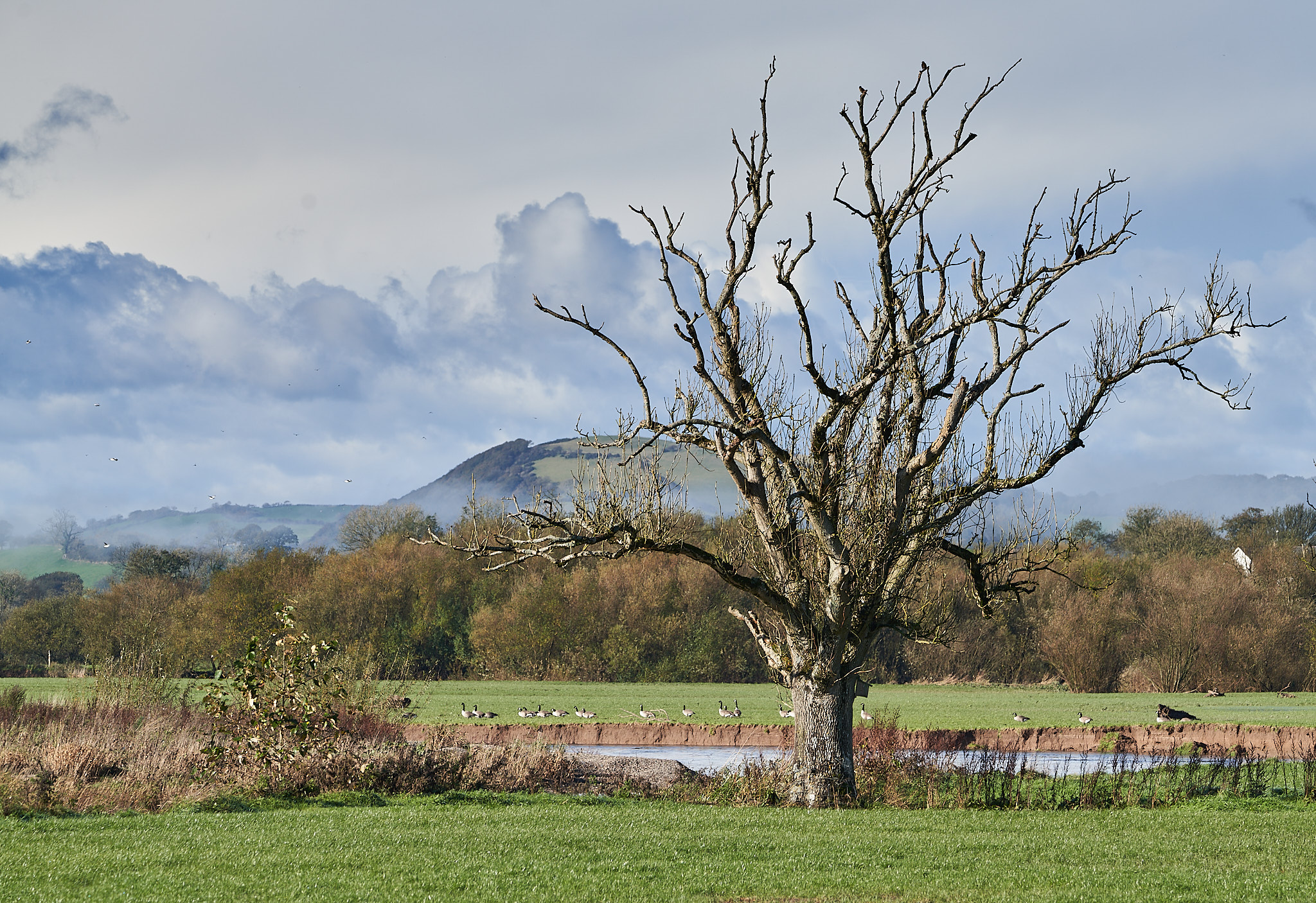 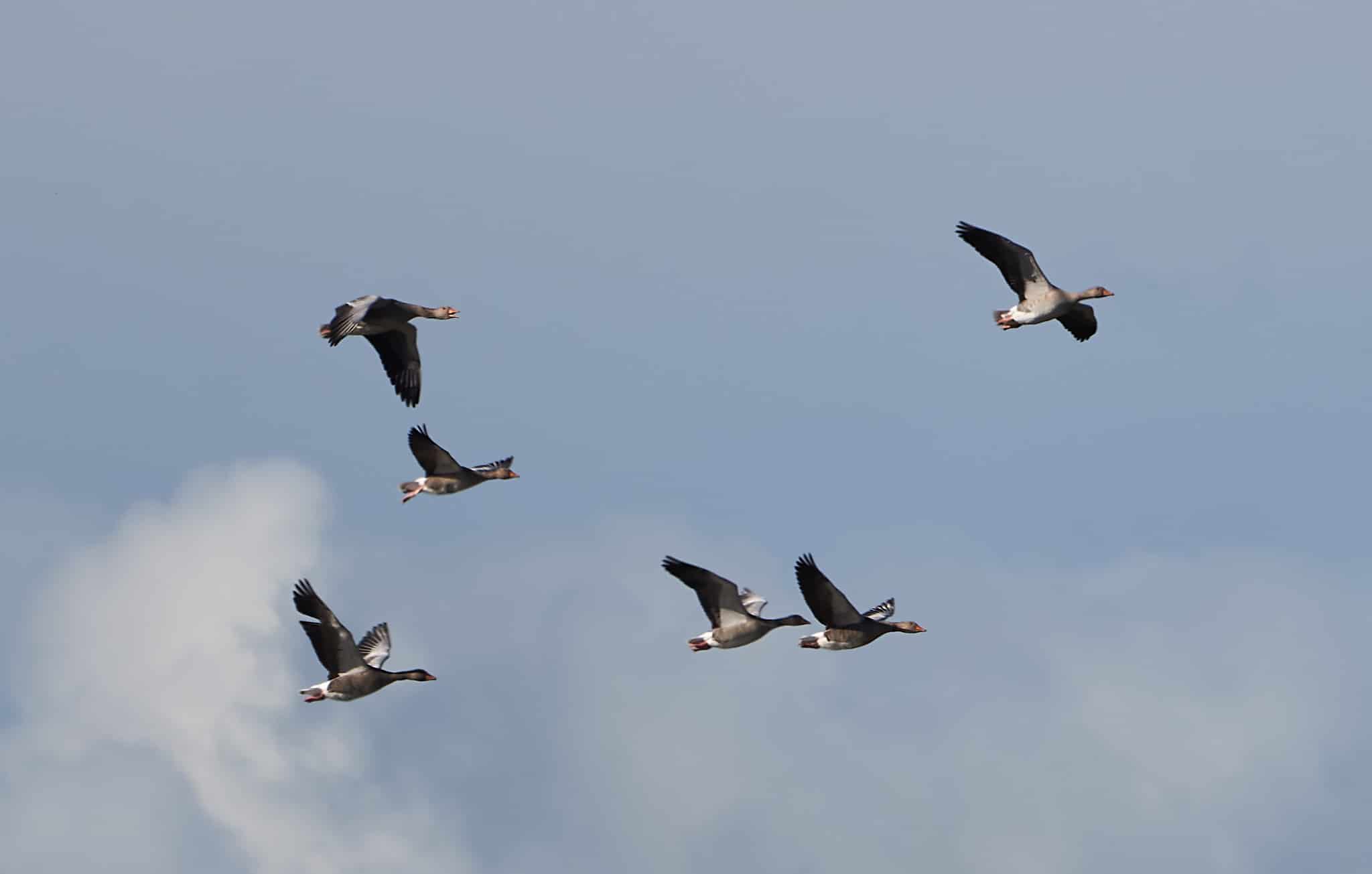 The first week of the month showed a reasonable number of shiny sun icons in the online weather forecast so I was off again before the inevitable rain set in – up to Dinas RSPB reserve near the head of the valley, and  just in time to catch the late afternoon sun. Next door to the car park is the lovely old St. Paulinus’ church with its highly photogenic graveyard. The grandchildren and great-grandchildren of Daniel Theophilus (gravestone at the front) are still around. Quite when their more distant ancestor arrived in Cilycwm from Greece seems to be uncertain. “A long time ago” should cover it but no doubt friend Will T will correct me if I’m wrong. 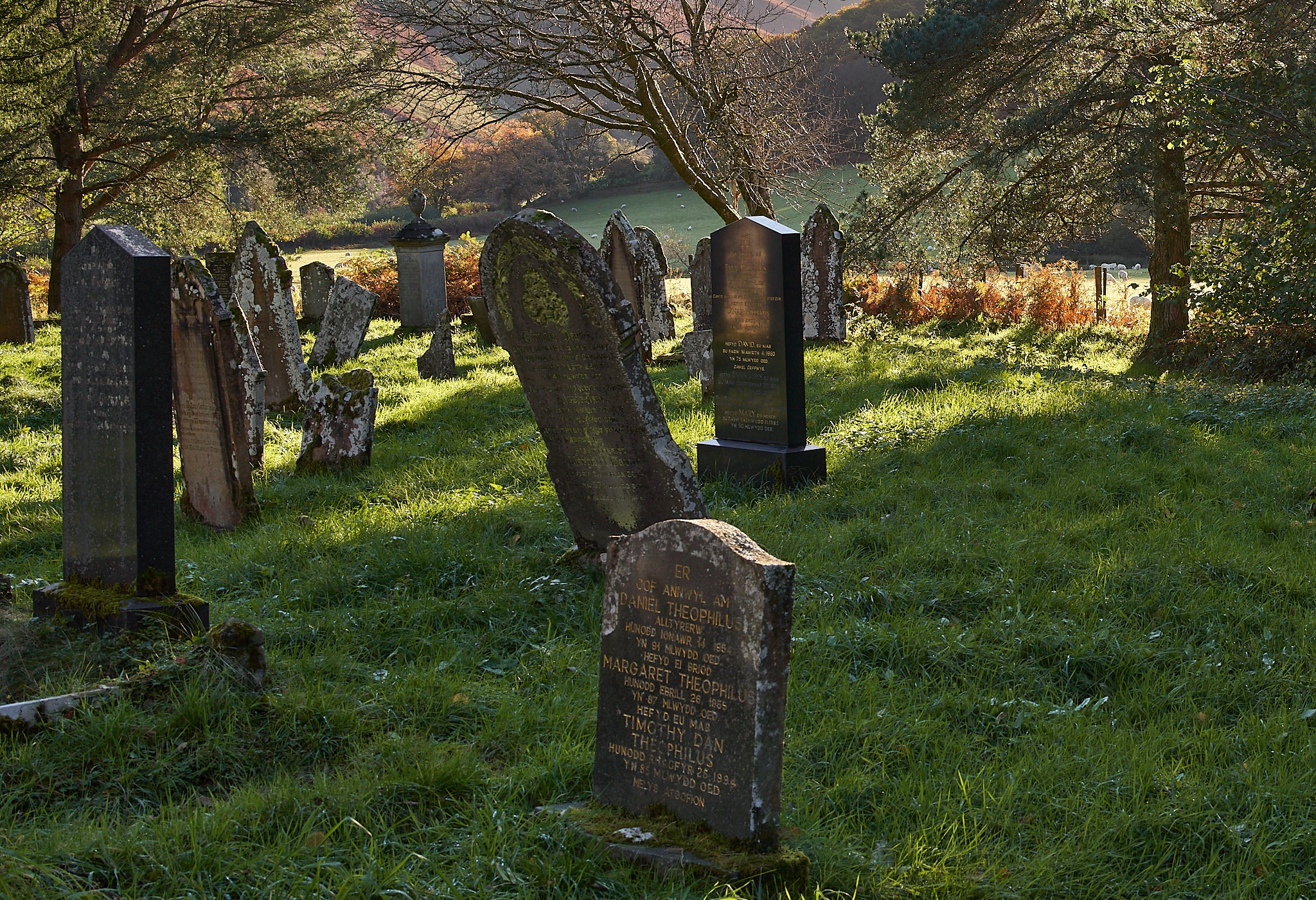 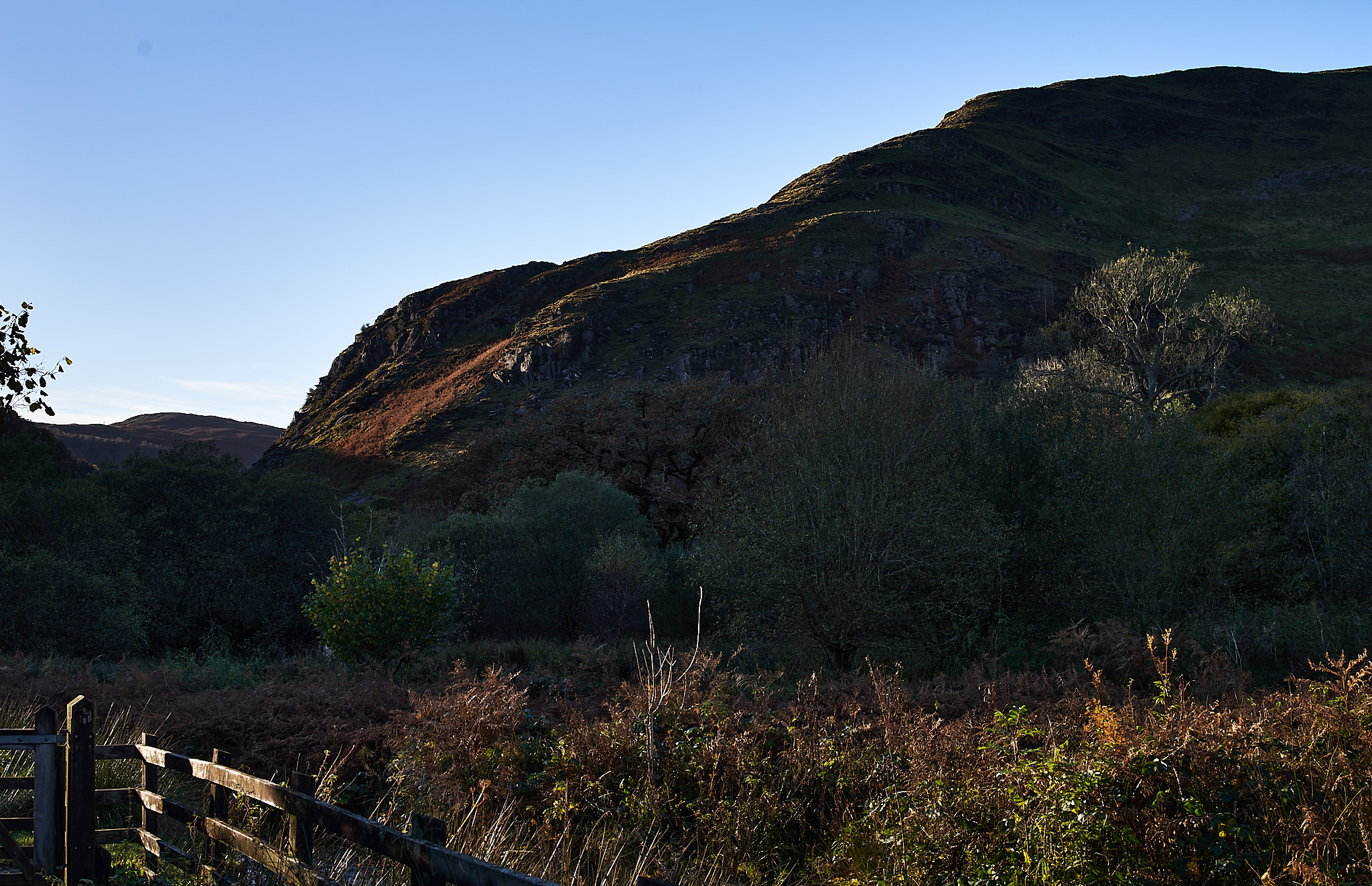 As I left the shadows were moving in and it was beginning to get cold, but I was happy to have caught some of the magic of November before winter set in.

2 Responses to More from the Celestial Lighting Engineer