The headland beyond Martin’s Haven in the far west of Pembrokeshire, is called the Deer Park. There is a stone wall across the isthmus, built  to keep the deer enclosed, but where there was once a tall grand gate there is now an ordinary field gate, just high enough to contain the Black cattle that now graze the peninsula. The deer have long gone. 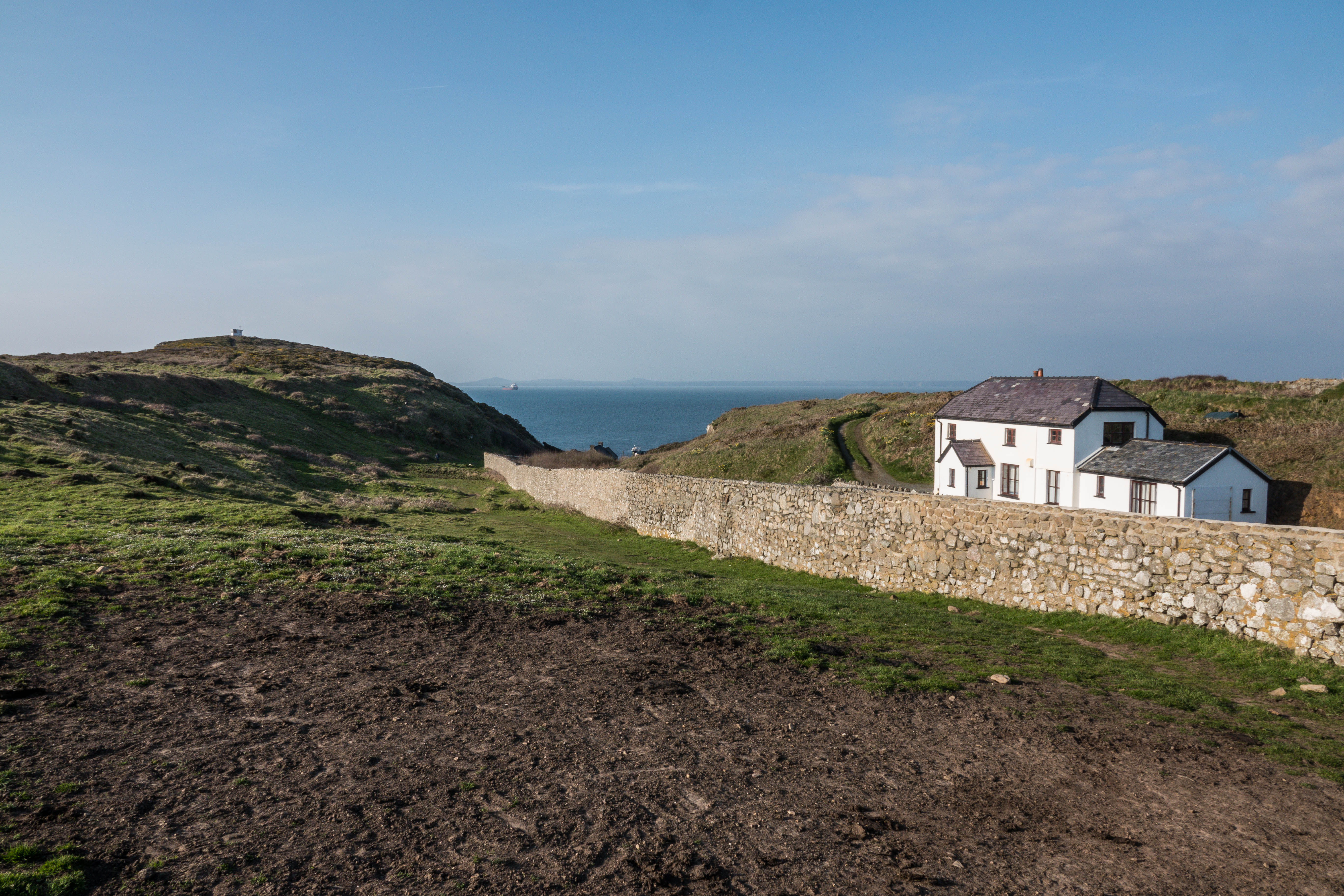 Walking straight on, the path leads to  some steps up a steep slope and into a bright sun low in the western sky.

It is 6:03 pm and normally I would be preparing a meal in the camper which is in its usual place at West Hook Farm camp site. I’m a frequent visitor for the little harbour is where the boats to the islands of Skomer and Skokholm dock. This evening though I want to walk round the peninsula and will eat later. From the campsite there is a footpath winding along the cliff tops, now vivid with a heady alignment of deep yellow gorse and white blackthorn flowering together. The  first bright fresh heads of the Campion which, with Bluebells, will turn Skomer into an undulating sea of blue and pink in a few weeks’ time. 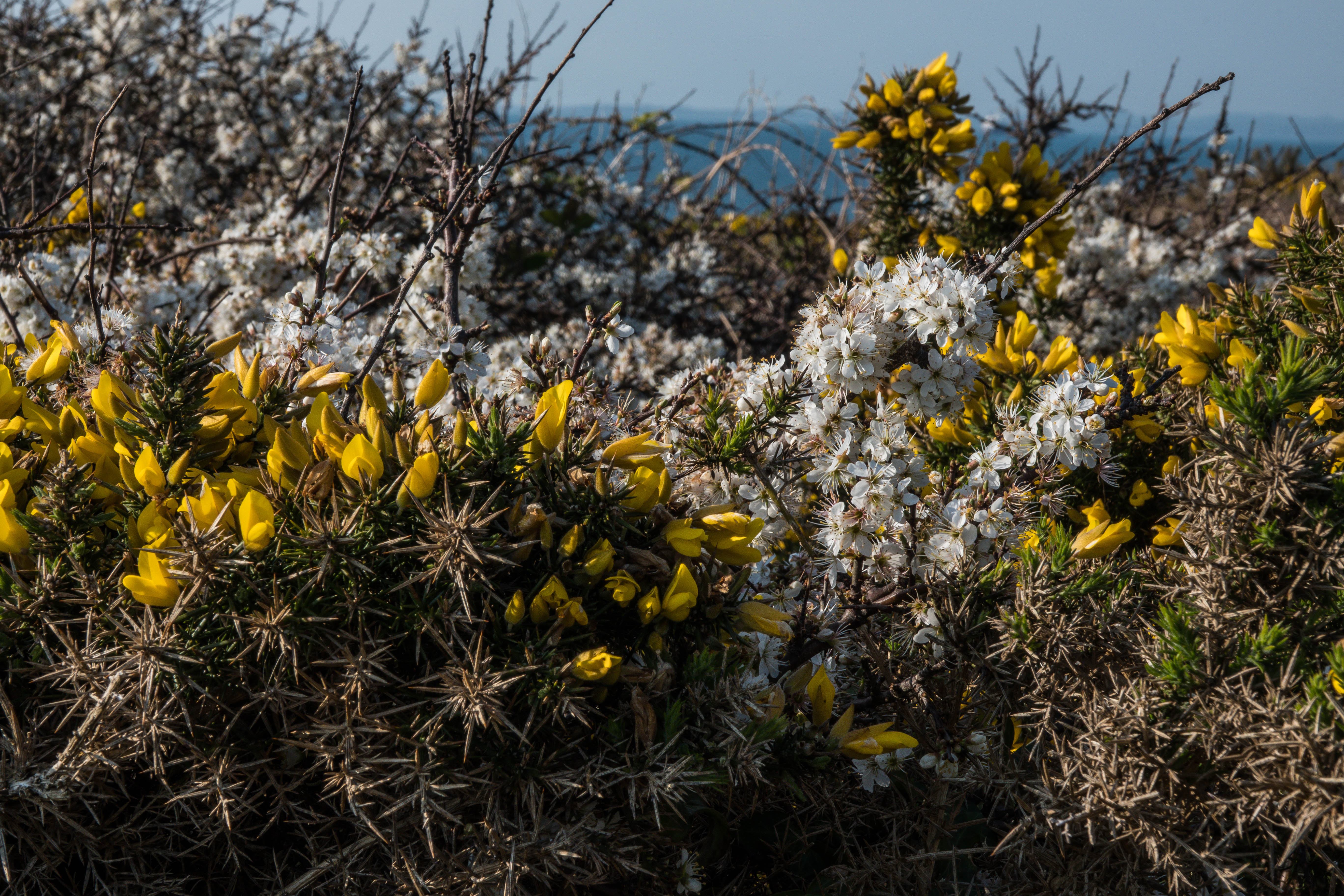 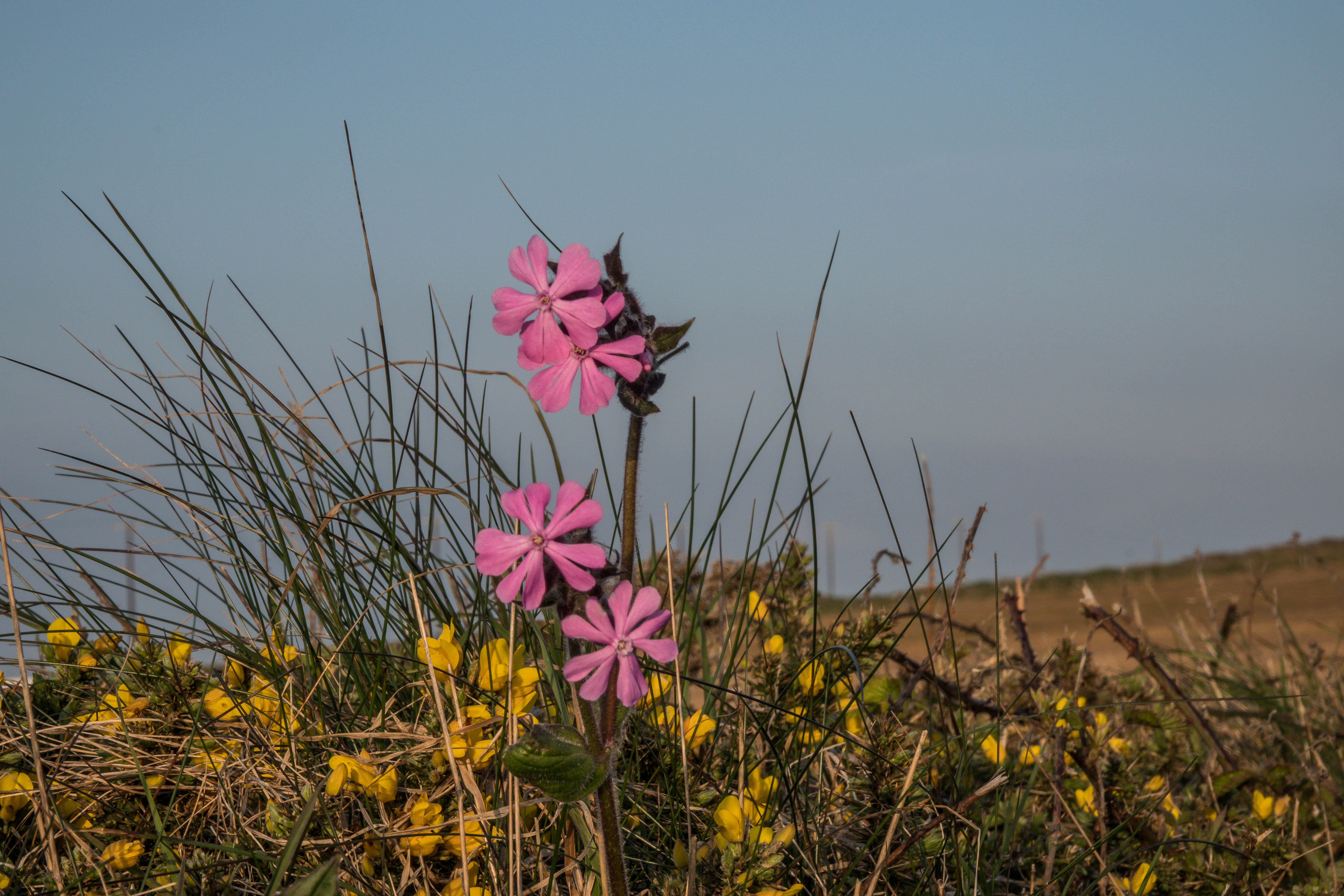 This is National Trust  land and there is a large car-park. It’s a popular place and the paths round the peninsula are wide and well worn. The crowds of people don’t seem to bother the Choughs, who high-step around the cliff-tops probing with their long scarlet beaks. Only when you are within a few yards do they slide off down the cliff-face calling “chack.” 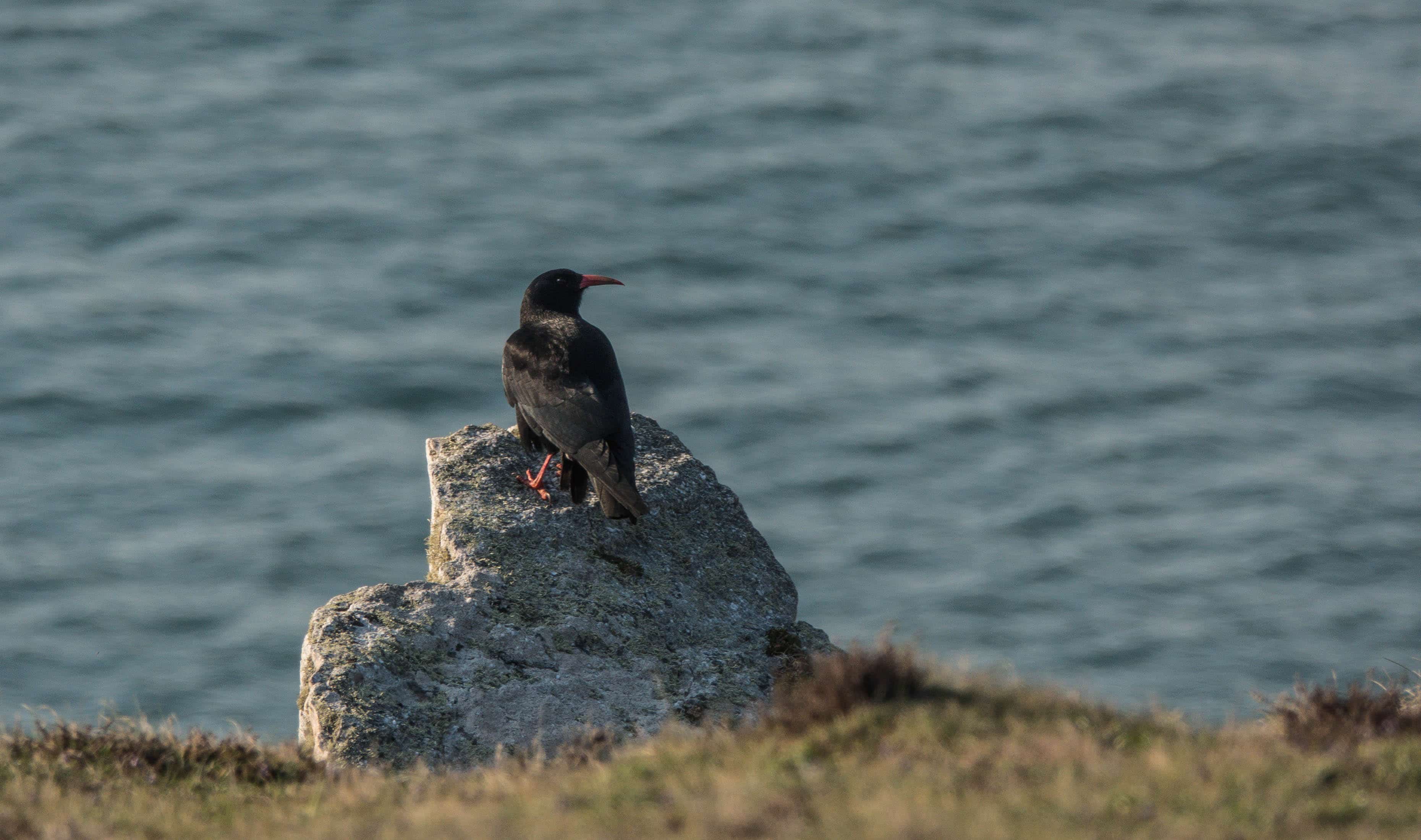 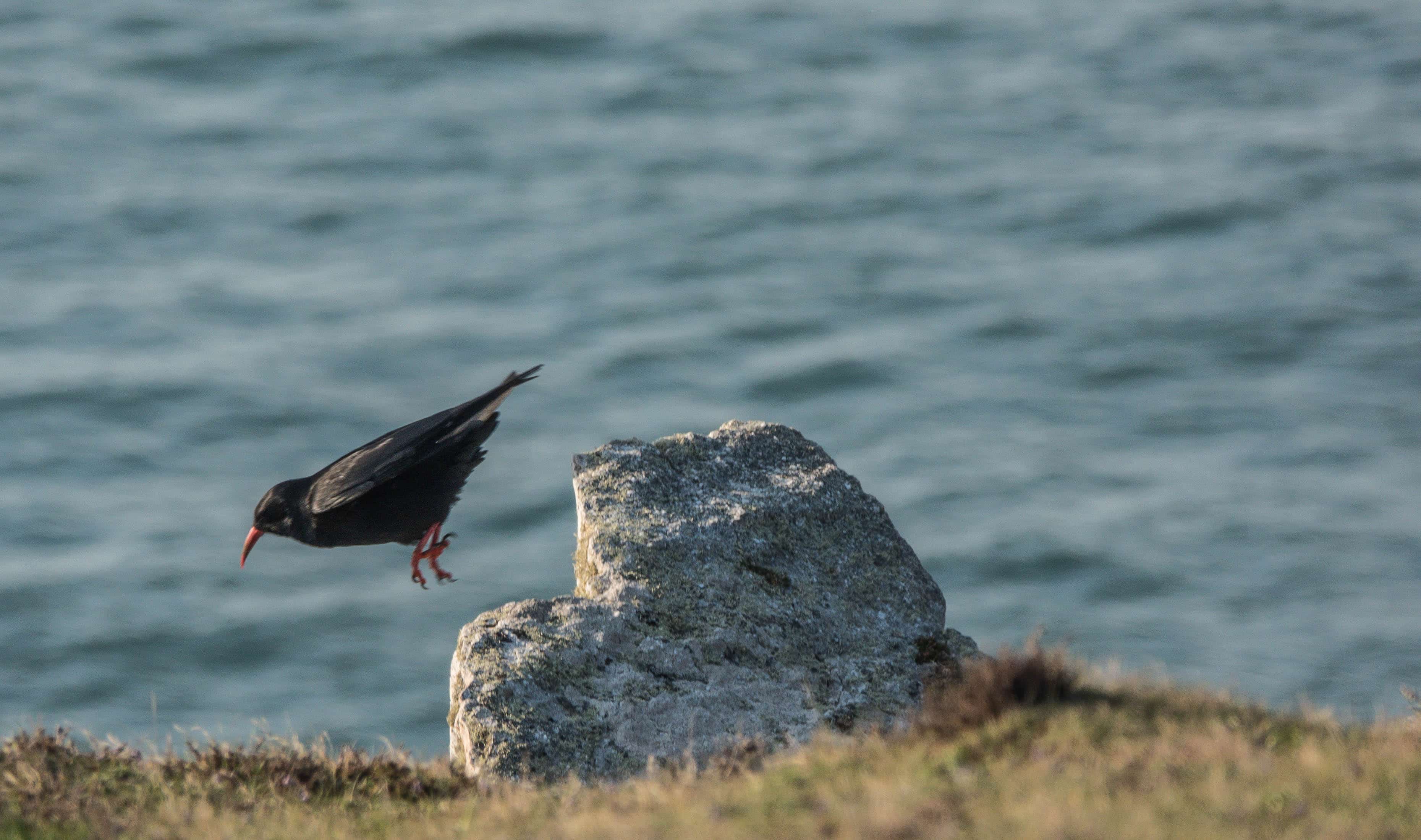 I walk into the sun along the southern side. A pair of Canada Geese fly inland. Above me and out to sea there is a slow steady movement  eastwards of the  Greater Black Backed gulls which are a constant threat to any unguarded young amongst the big colonies of seabirds – Guillemots, Razorbills, Puffins and Manx Shearwaters – on the two islands. These, the largest of our gulls, are in their spring plumage. Their upper wings and back are a dense glossy black, neatly edged in white, which makes a startling contrast with their white heads and underparts and their bright yellow beaks. 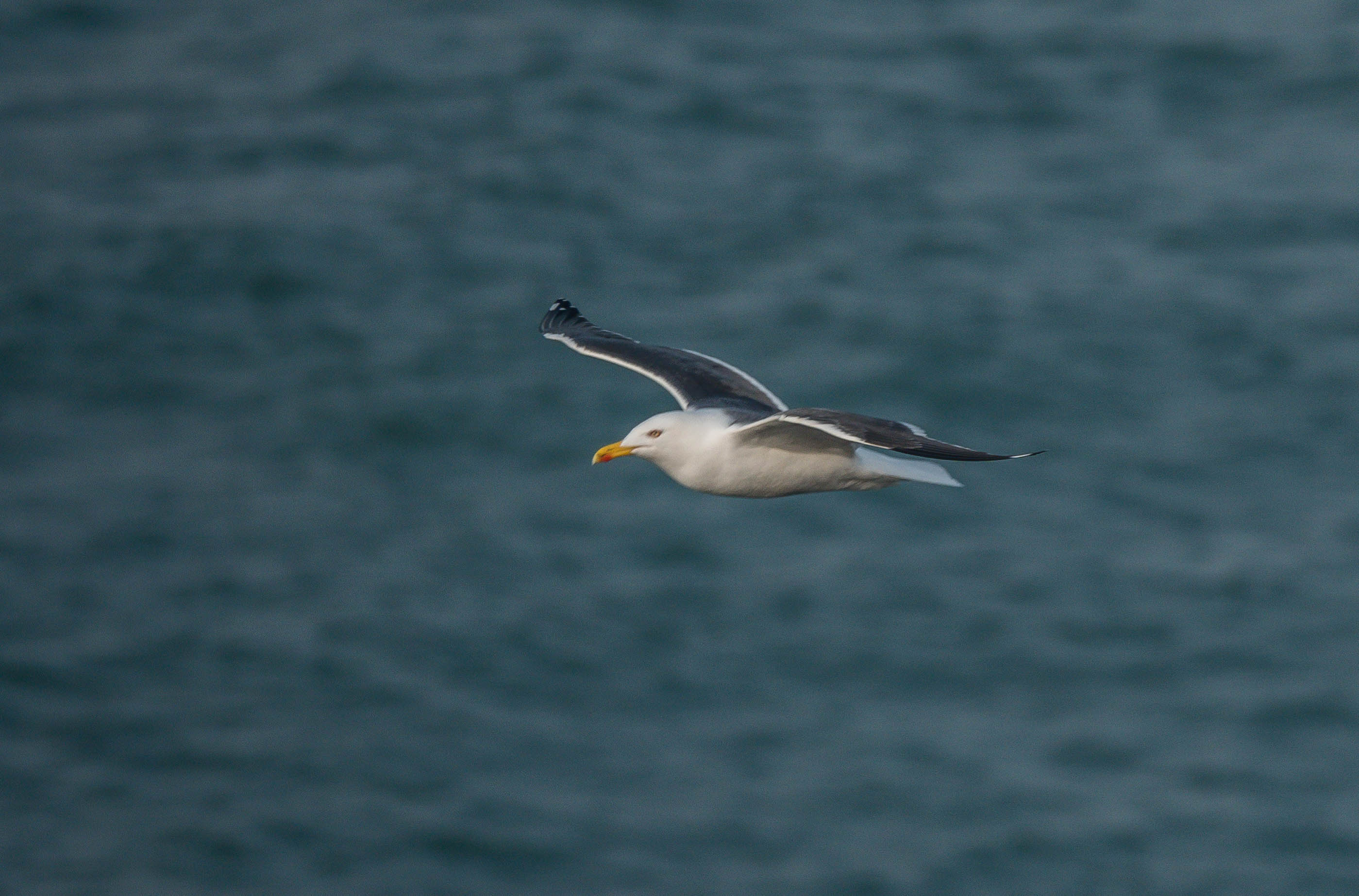 At the point, and to the north there is another steady movement of Herring Gulls in twos and threes, small groups and long lines, some at wave -top, some at cliff-top height. Just to stand here watching the sun sink over Skomer and the gentle drifting movement of the gulls is food for the soul.

From the look-out hut at the highest point of the peninsula I can see a dark brown field, furrowed like corduroy, and 4 tractors working the furrows. This is where many of the Pembrokeshire new potatoes come from, and they are planting this year’s crop. The fields  may be small and traditional looking but this is a highly mechanised operation using specialist machinery – almost certainly contractors. There’s money in spuds. 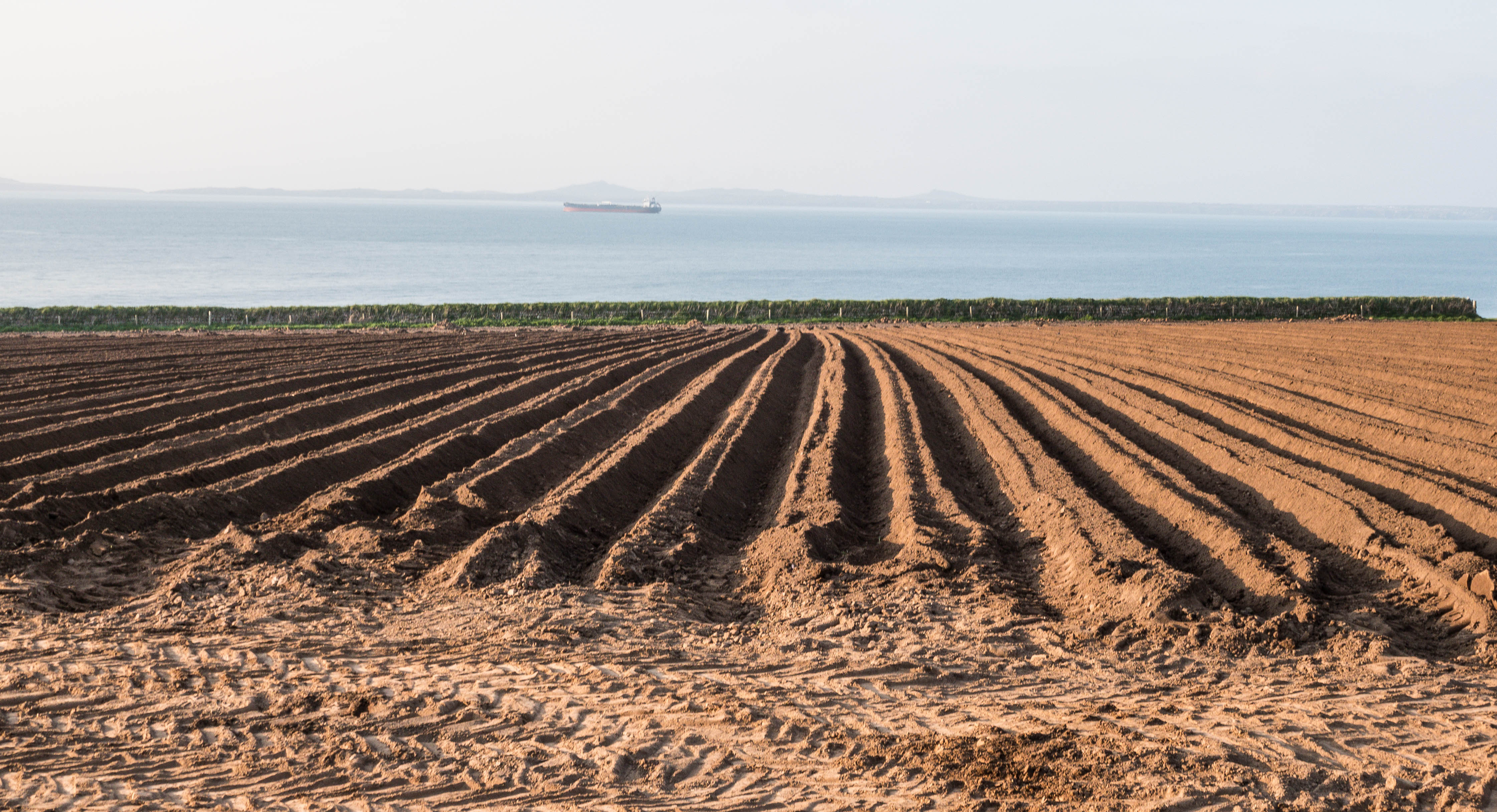 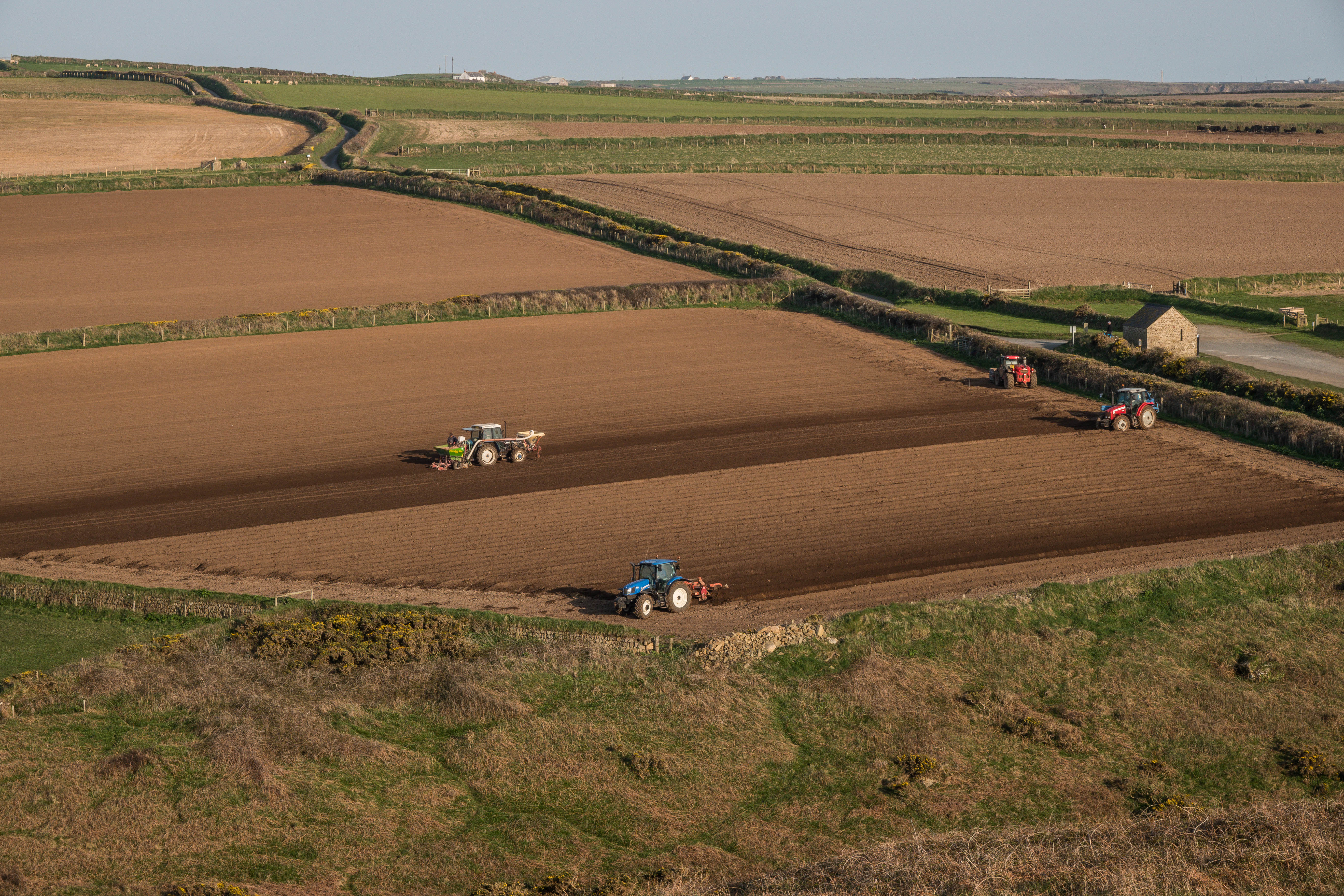