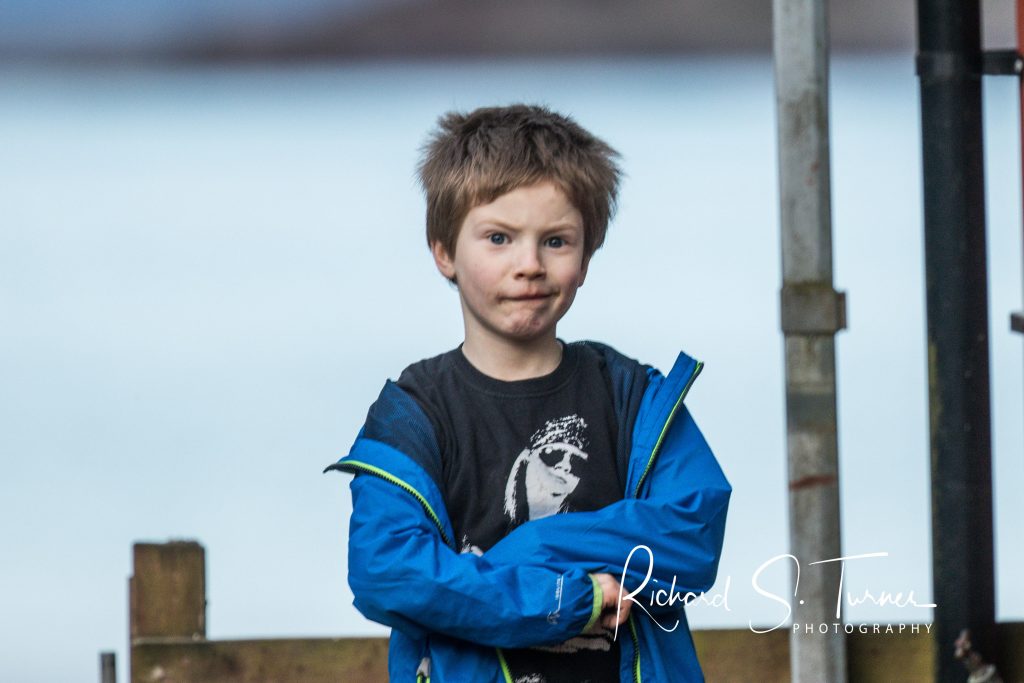 I’ve met one of the new generation of Rum residents, and one of a very small number to be born on the island, which had been cleared of its human occupants in the 19th century.  This is Andrew Craig Dallas Beaton – as he was at pains to inform me. He was one of a small group gathered outside the shop, round an outdoor table and benches, drinking beer from cans. Jed, the young hostel warden was one of them, as was Andrew’s mother Sylvia. I had met both of them earlier since she looks after a small display of the history and culture of Rum. His father Dave –  a tree surgeon, chain-saw sculptor and pier manager – and the shop proprietor Peter, made up the group, all of them from different parts of Scotland. On a high from capturing some good bird shots, I bought a beer and asked Peter if he thought they would mind a visitor joining them. We ended up having a fascinating conversation ranging from birds to Gaelic to Welsh, the highs and lows of living in a small community, and even the joy of English word derivations! I asked Jed who I should see to find out about eagle sites, and he recommended Lesley at the Scottish Natural Heritage office, so I cycled round there to see her. The best I can hope for is recommendations of good places where I can wait and watch,  She promised to speak to a colleague and get back to me by email. 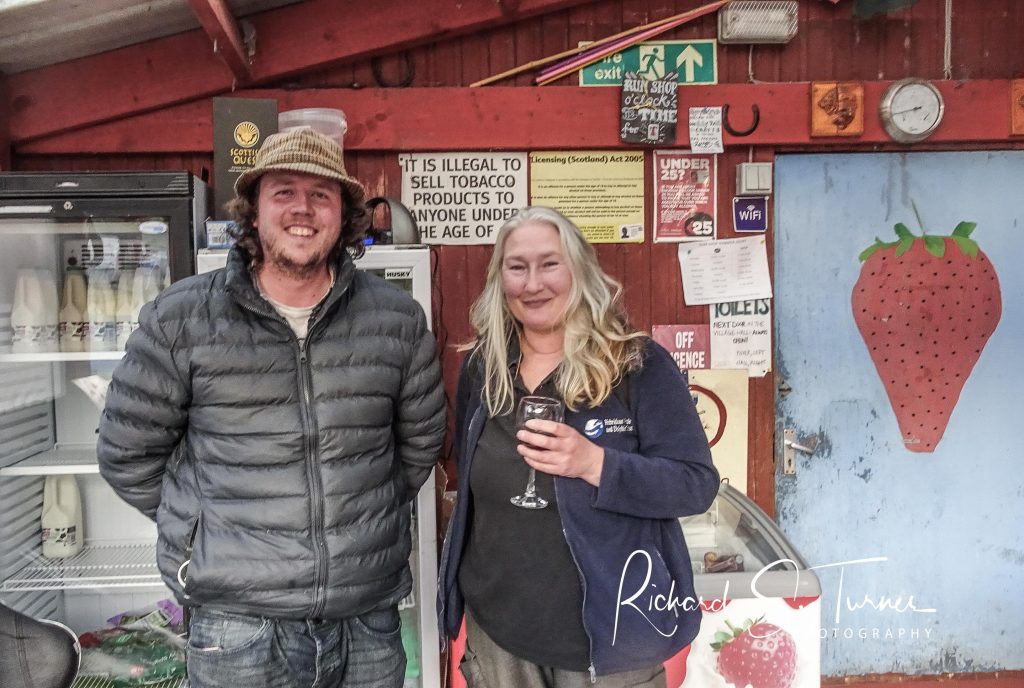 This is Jed, the bunkhouse manager, and Trudi, the Community Ranger, otherwise known by the name which enticed her to apply for the job – “The Rum Ranger”. This is the first time I’ve met Trudi, but the second evening I’ve spent an enjoyable hour drinking beer and talking to Jed and some of his friends. With a population of about 30 on an island about the size of the Isle of White (population 140,000), getting on with your neighbours takes on a whole new dimension. Unlike Easdale which is in constant contact with Seil Island and the mainland, and therefore part of a much larger community, the residents of Rum have nowhere to go to escape from each other. It seems on the whole they get on well, and the Community Trust which has bought the village of Kinloch, and manages it for the residents, seems to have achieved a great deal. However, there is a very current issue which divided them 70 to 30: the new fish farm development by the pier which is disturbing the peace of the loch every day as they break up the rock. It will, of course, bring money and a few jobs, but at what cost? 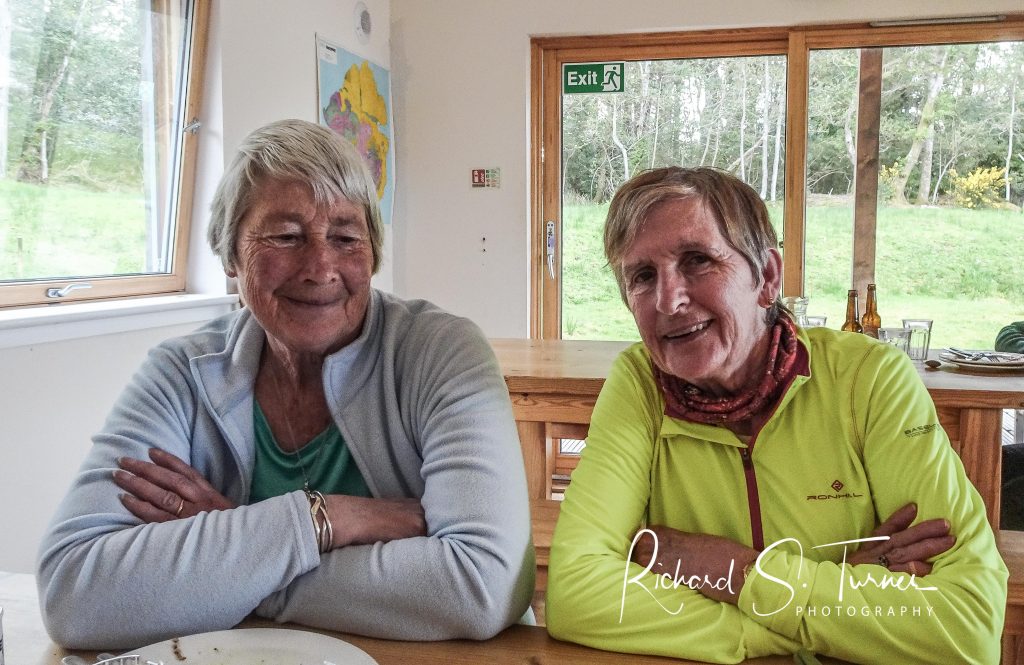 These two ladies are Pat from East Kibride and Elizabeth from Hamilton. They met years ago in a walking club. Their visit here is part of a long term project to visit, and walk on, all the Scottish Islands! Yesterday morning I passed them on the way back from the 5 mile trek to Kilmory on the north coast. It involves a steep climb to a high point at about half way. I was on the bike, and was very wet when I freewheeled down to Kilmory in driving rain and high winds. I stayed in the shelter of a hut looking out onto what looked like ancient strip lynchets, rocks and sea, with a big empty beach and one unoccupied house. I watched for half an hour and was glad to see a Merlin and nesting curlews, but not much else. The long haul up the hill was a trial. Even my boots were full of water, and I might just as well not have bothered with leggings.  I was glad to begin the descent back to the warm bunkhouse. I waved to Pat and Elizabeth but didn’t stop. Much later I heard that they had reached Kilmory, found a bird hide I had missed, dried off, eaten lunch and then walked the 5 miles back. I was impressed.

2 Responses to Some Rum People