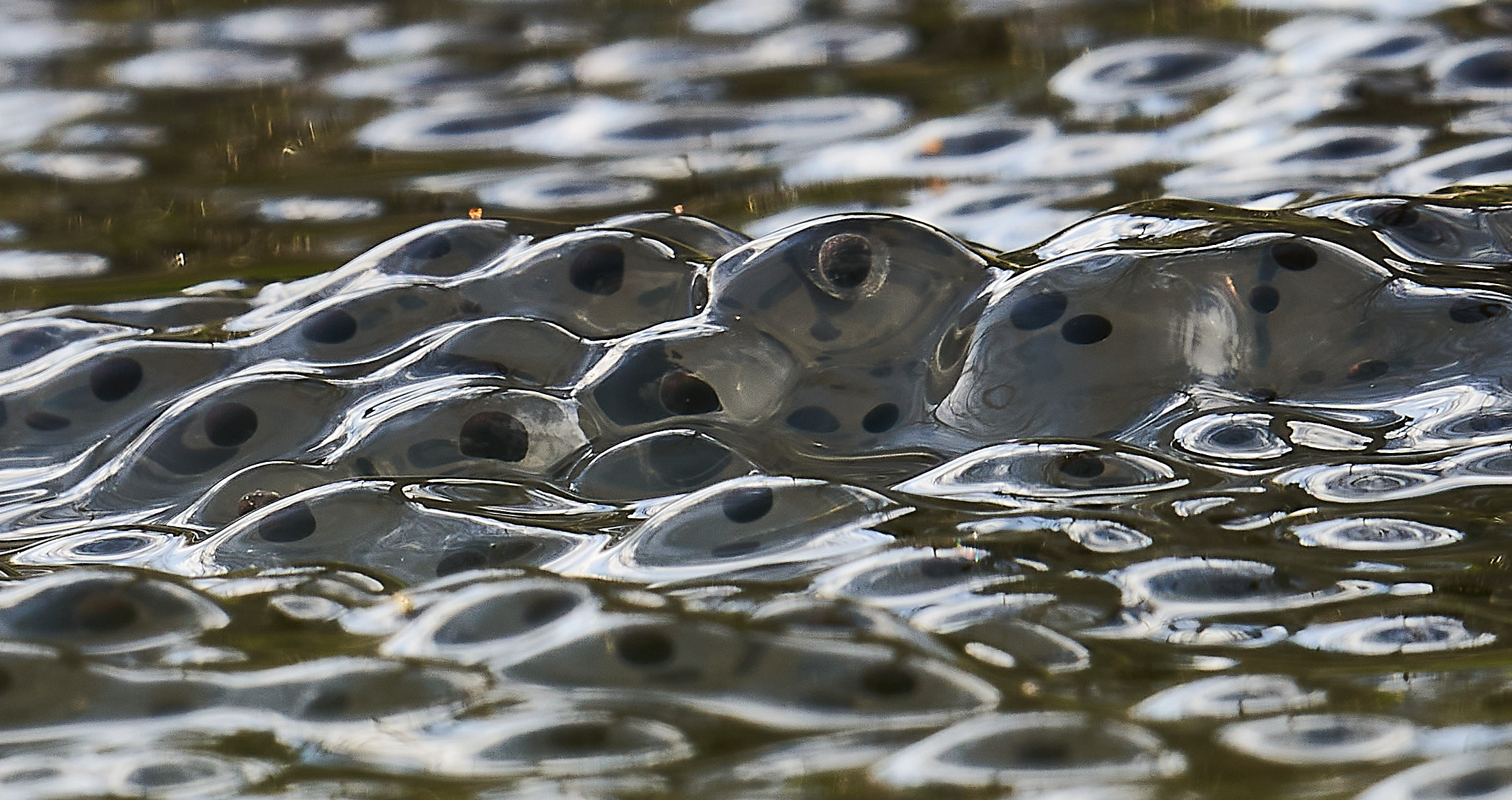 This was meant to be a remote control close up of frogs spawning. Instead I found an extraordinary image. It was one of several surprises buried inside larger pictures that helped me keep sane during an otherwise dreary February. 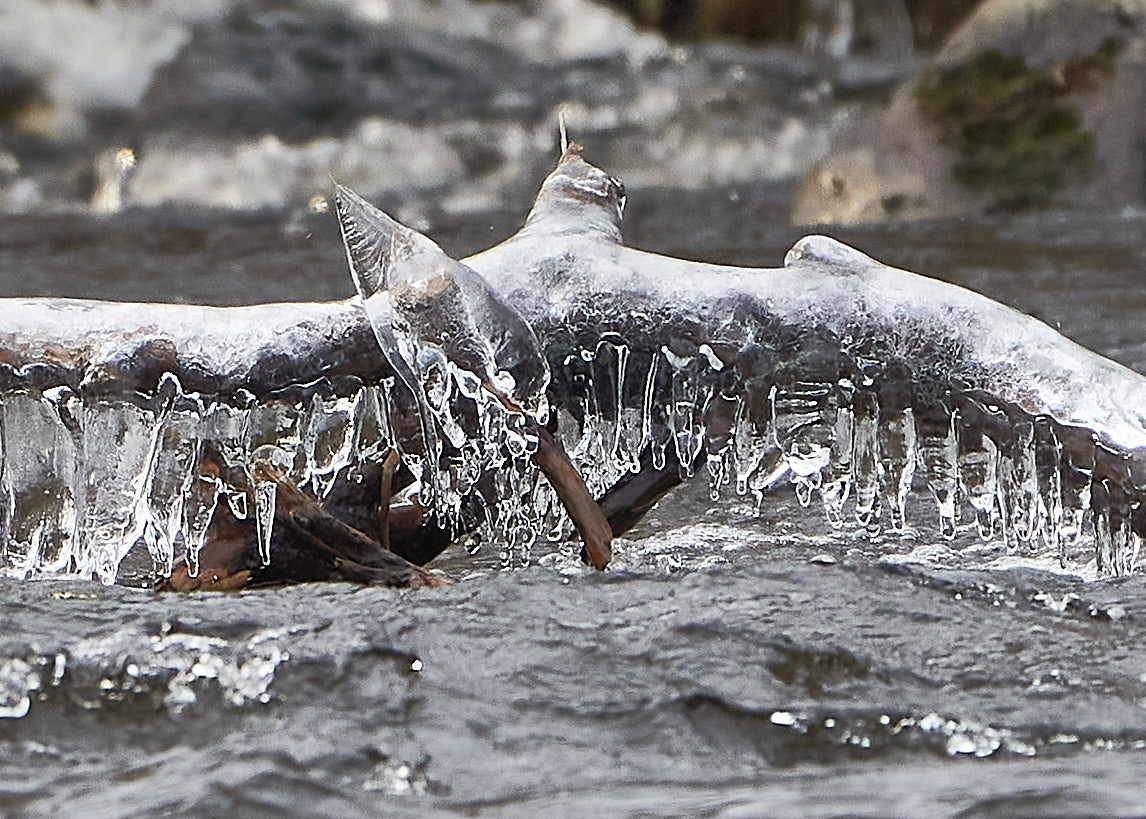 I took a landscape shot of the Towy on a cold morning, and discovered an ice spear! (see above) Here is the original:

Just a few days ago the crocuses were at their best, and there was this tiny fly in one of them. 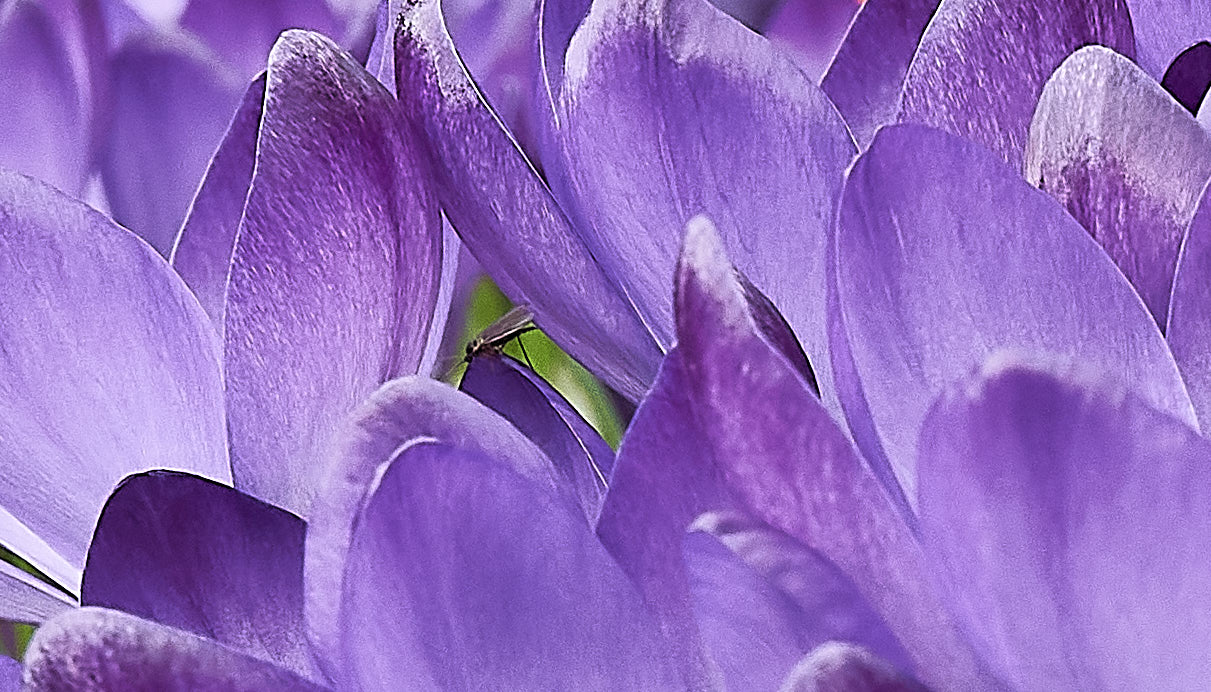 The early part of the month saw my feeders project hit the jackpot with some nice shots of our local buzzard and some of the local kites. 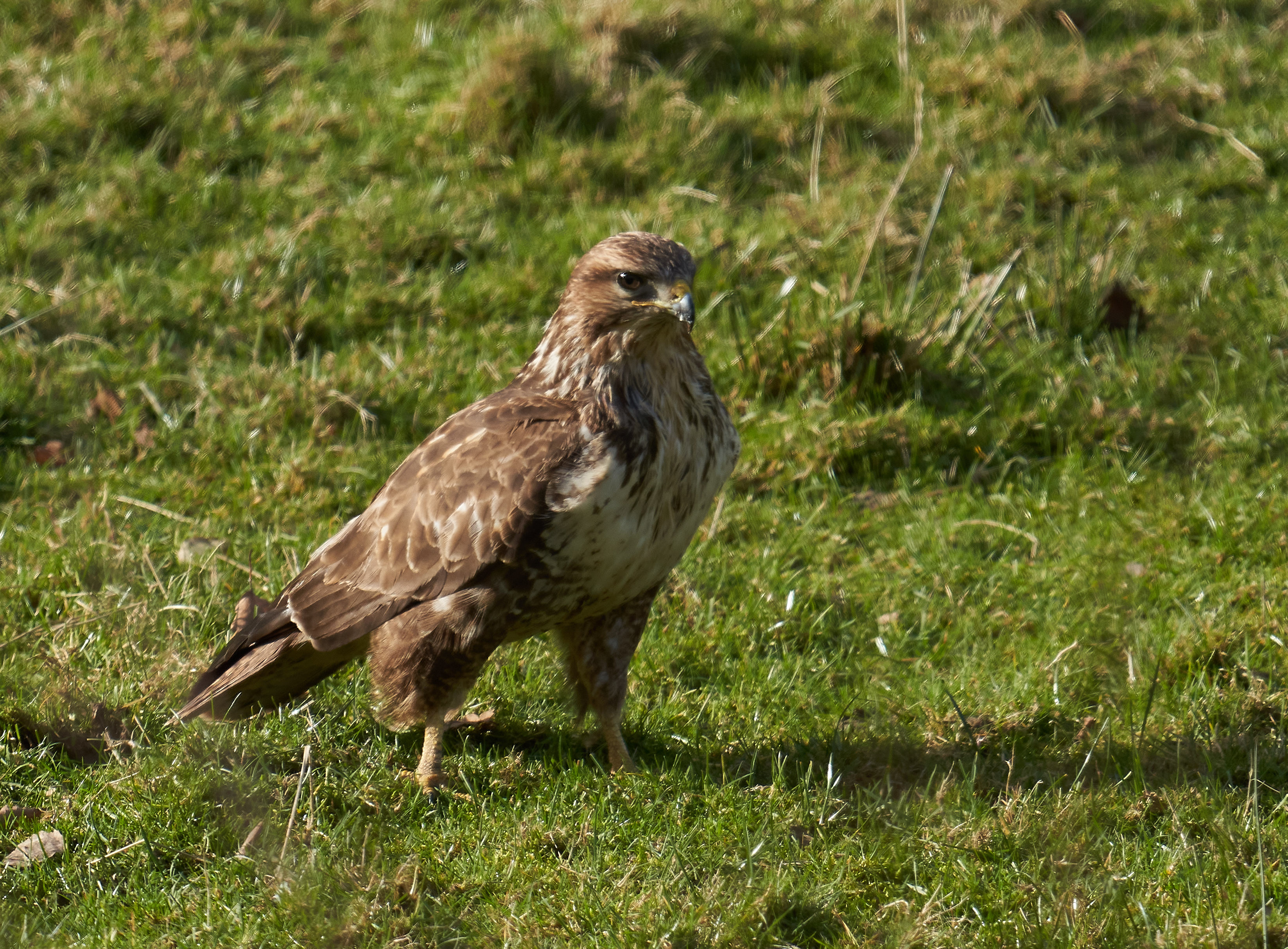 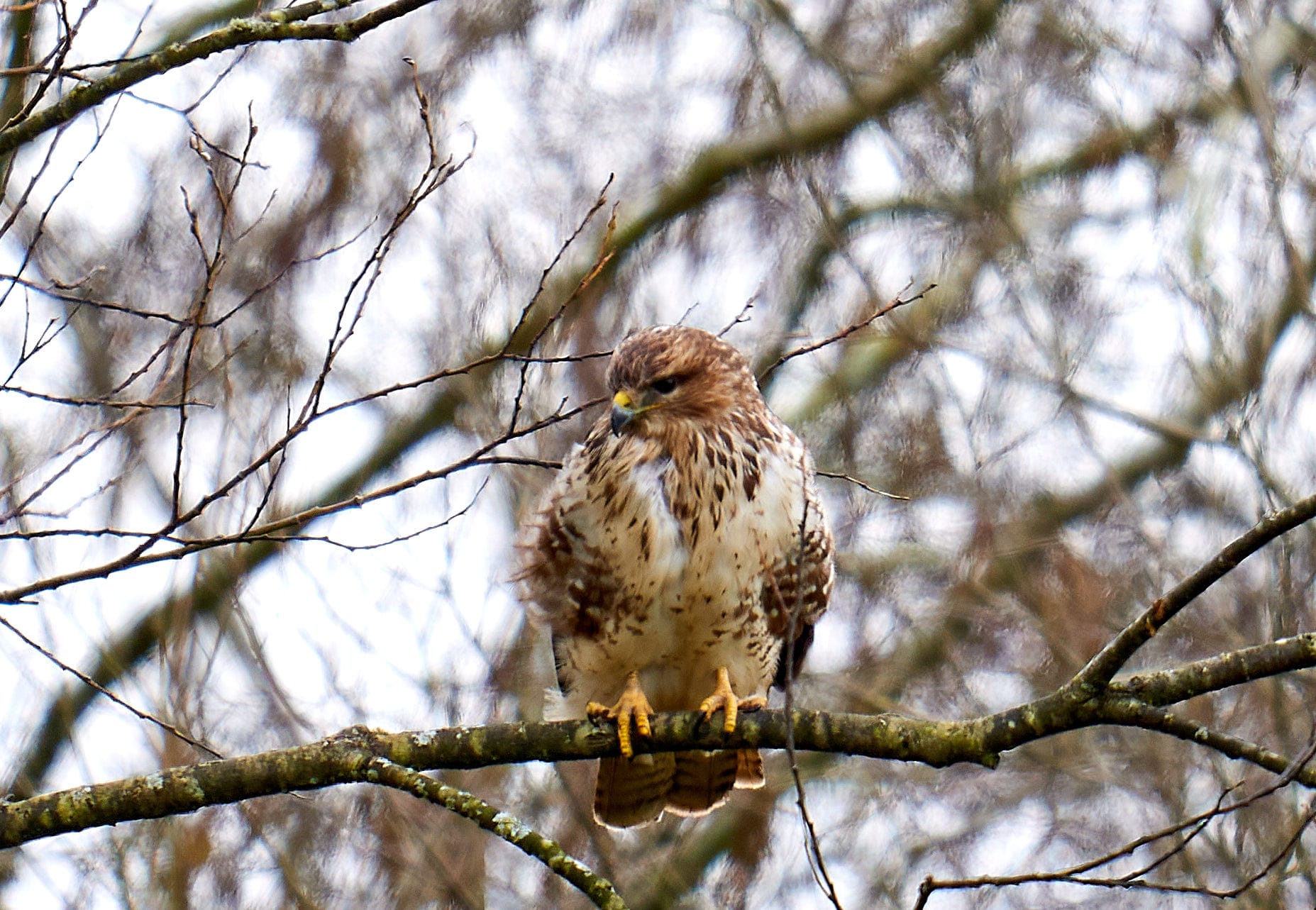 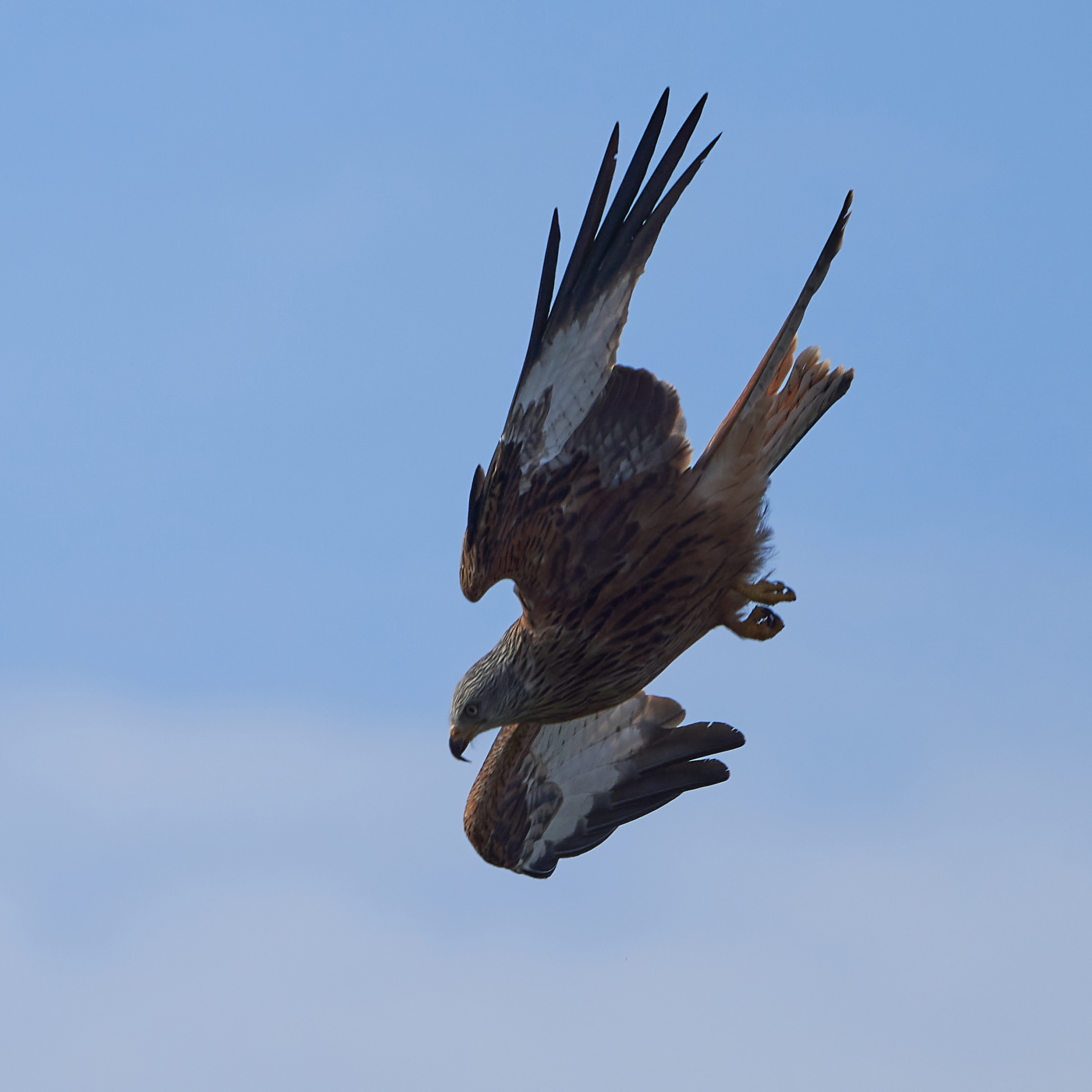 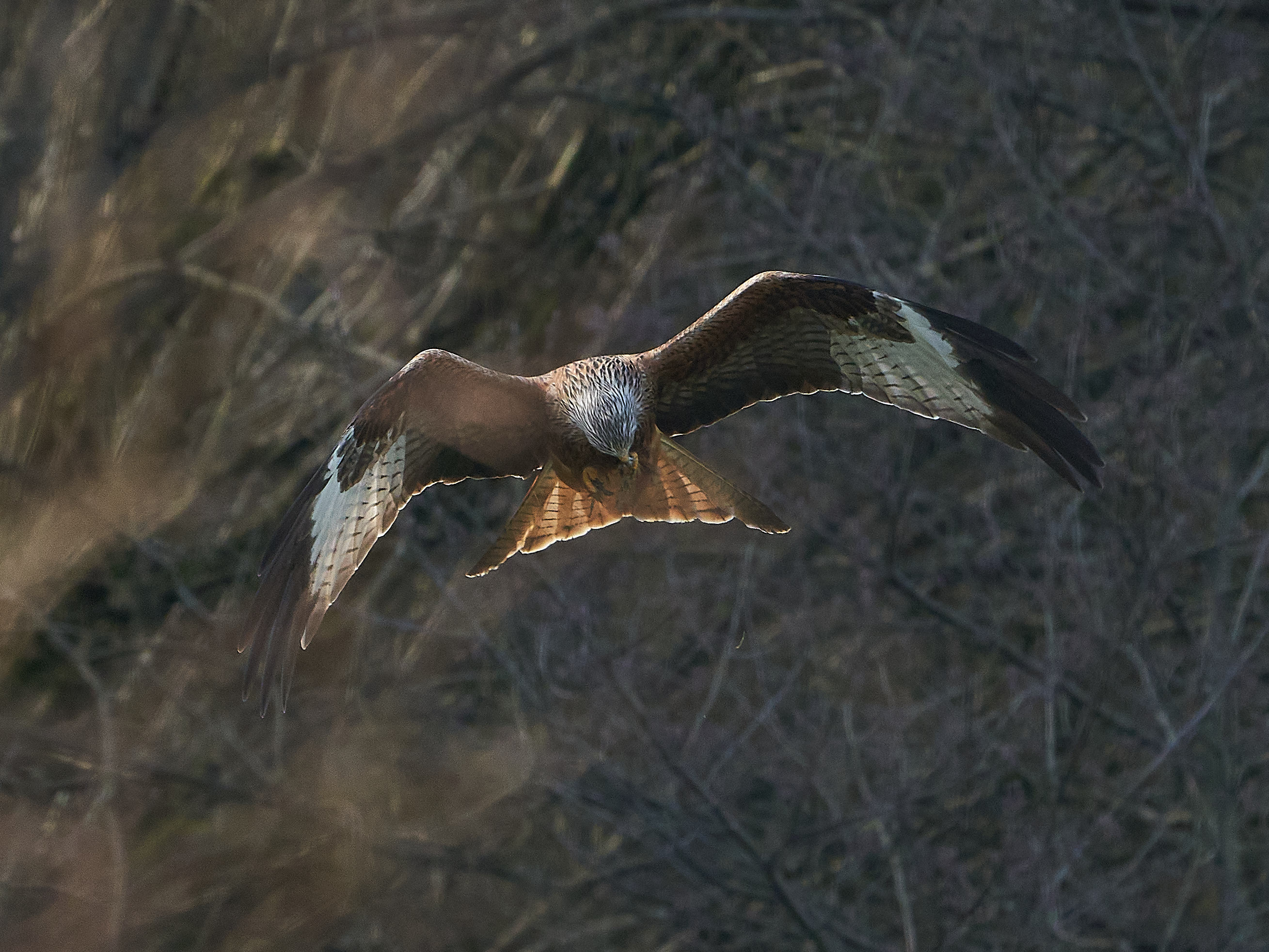 Unfortunately by mid February they had lost interest and after a week or so of feeding crows, I gave up. 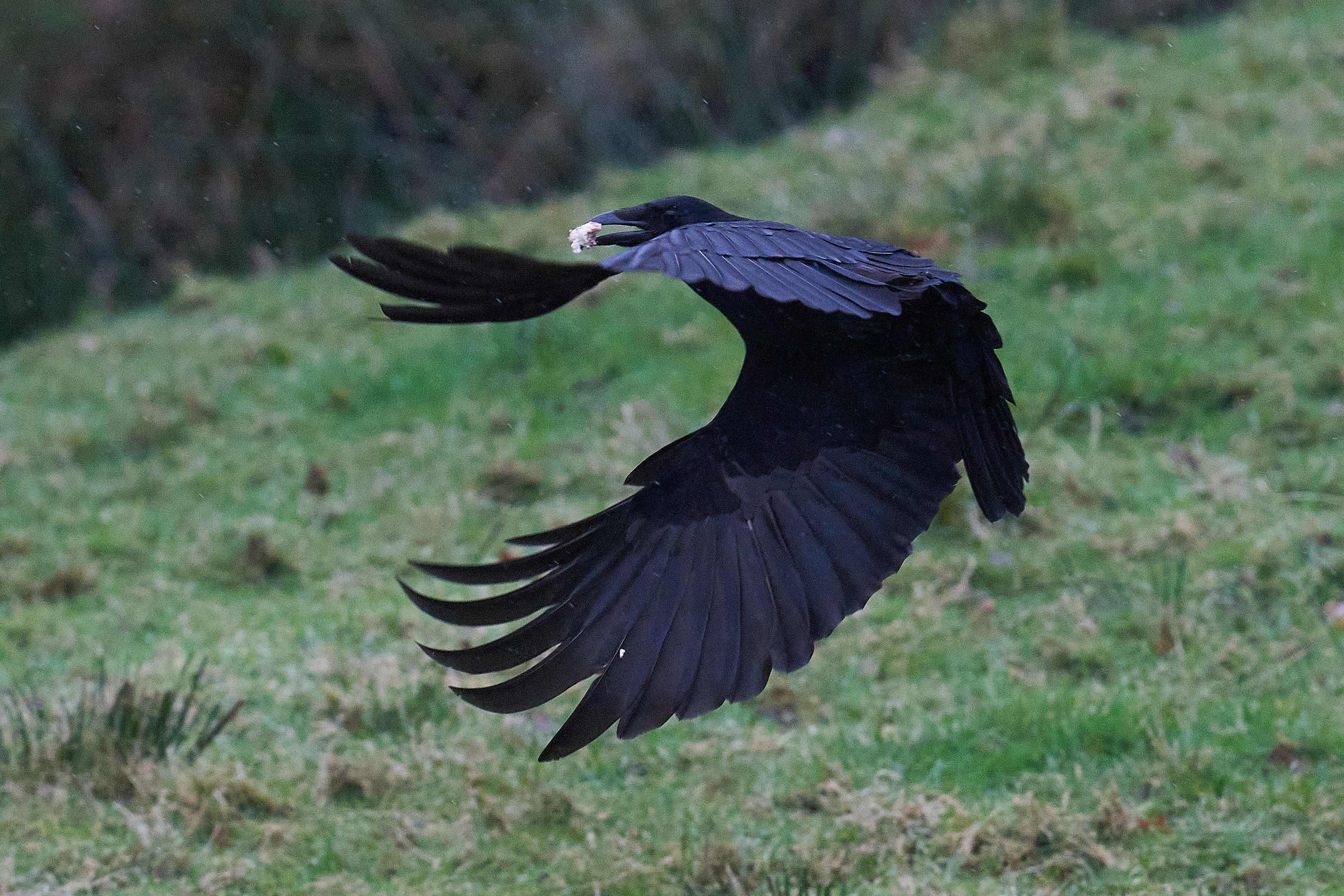 I bought some animal food peanut butter (unsalted) and once the starlings discovered it dozens of them piled in with some spectacular aerial squabbles. 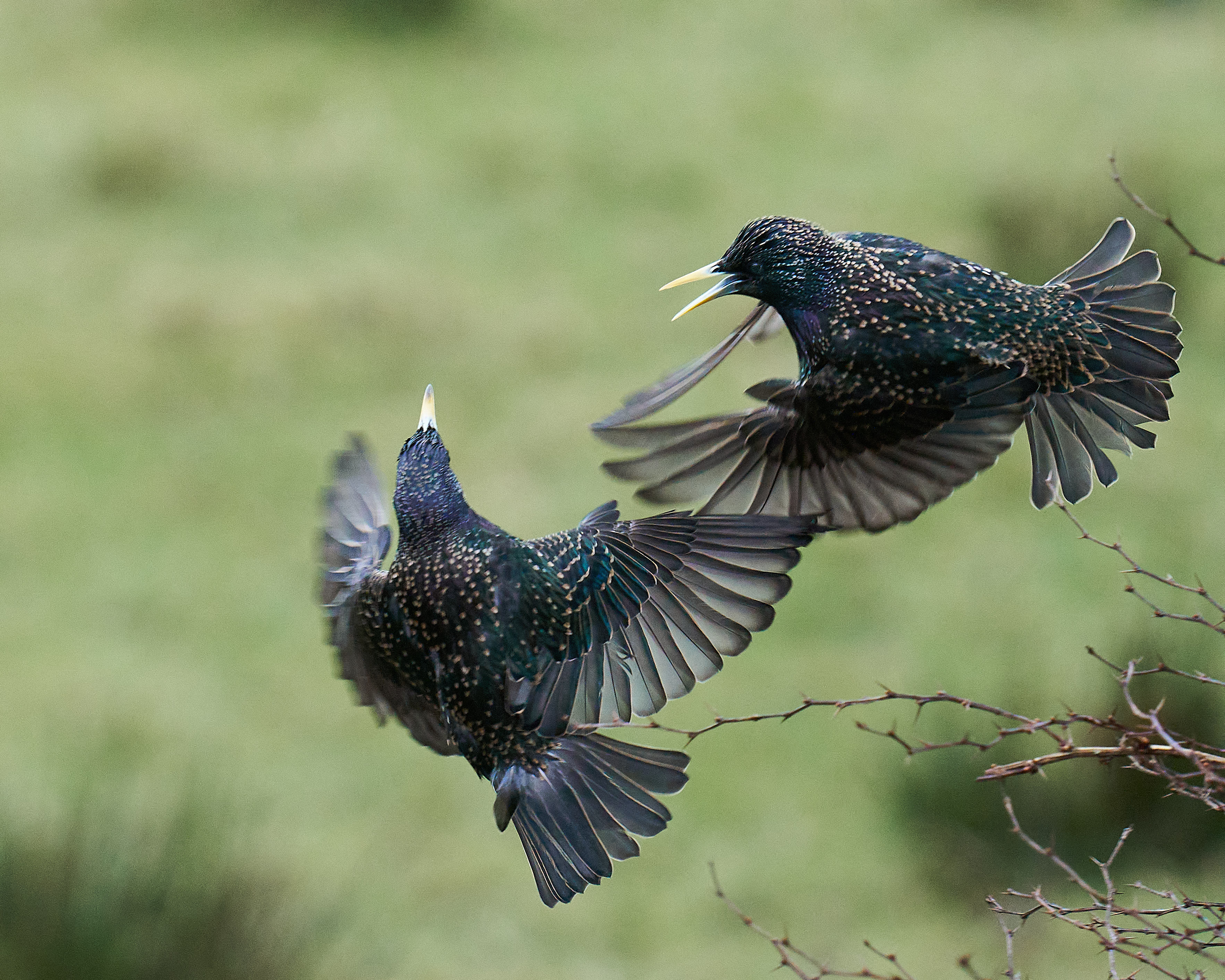 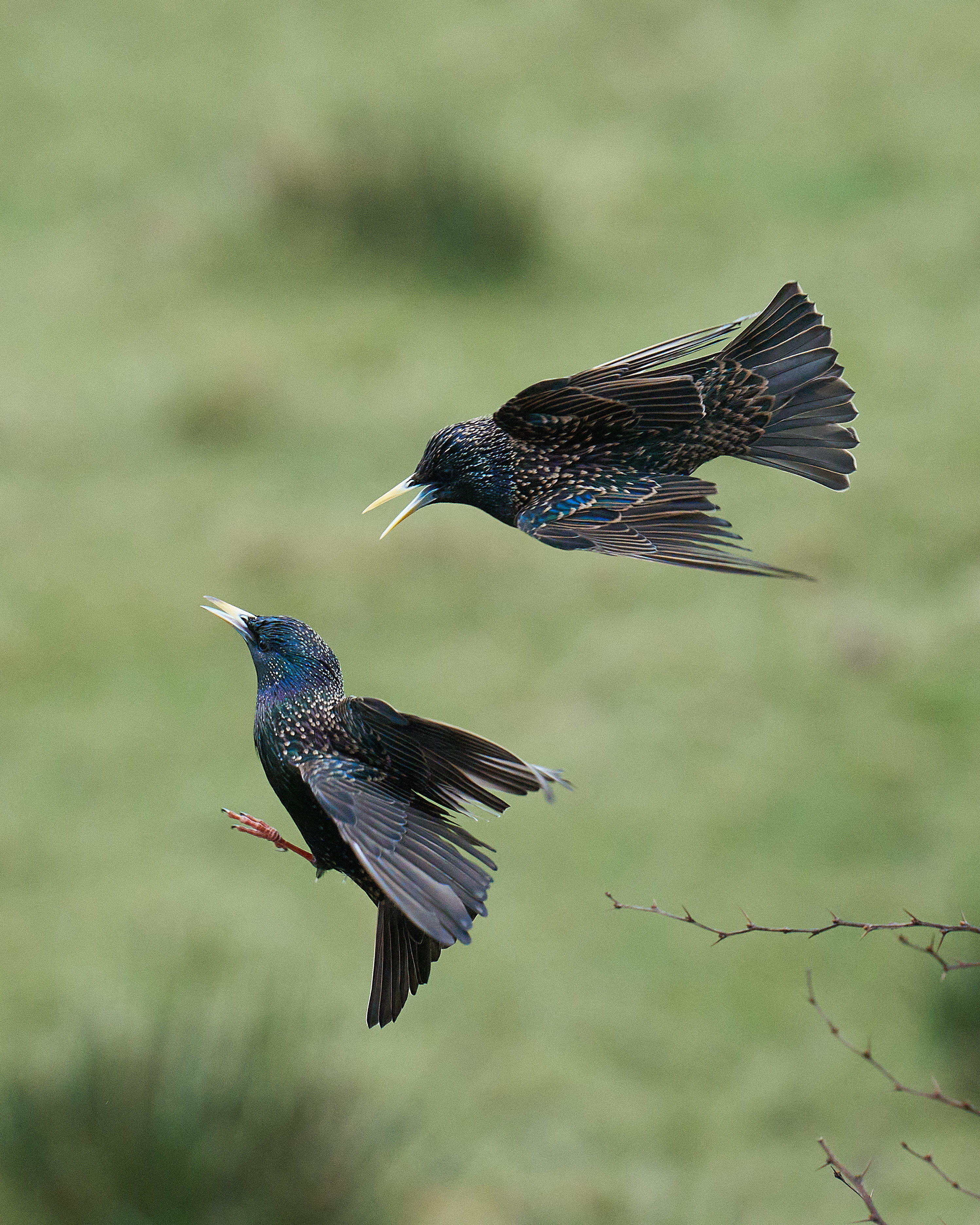 Late winter brought more siskins, a bird I only got to know a few years ago, and now find irresistible: 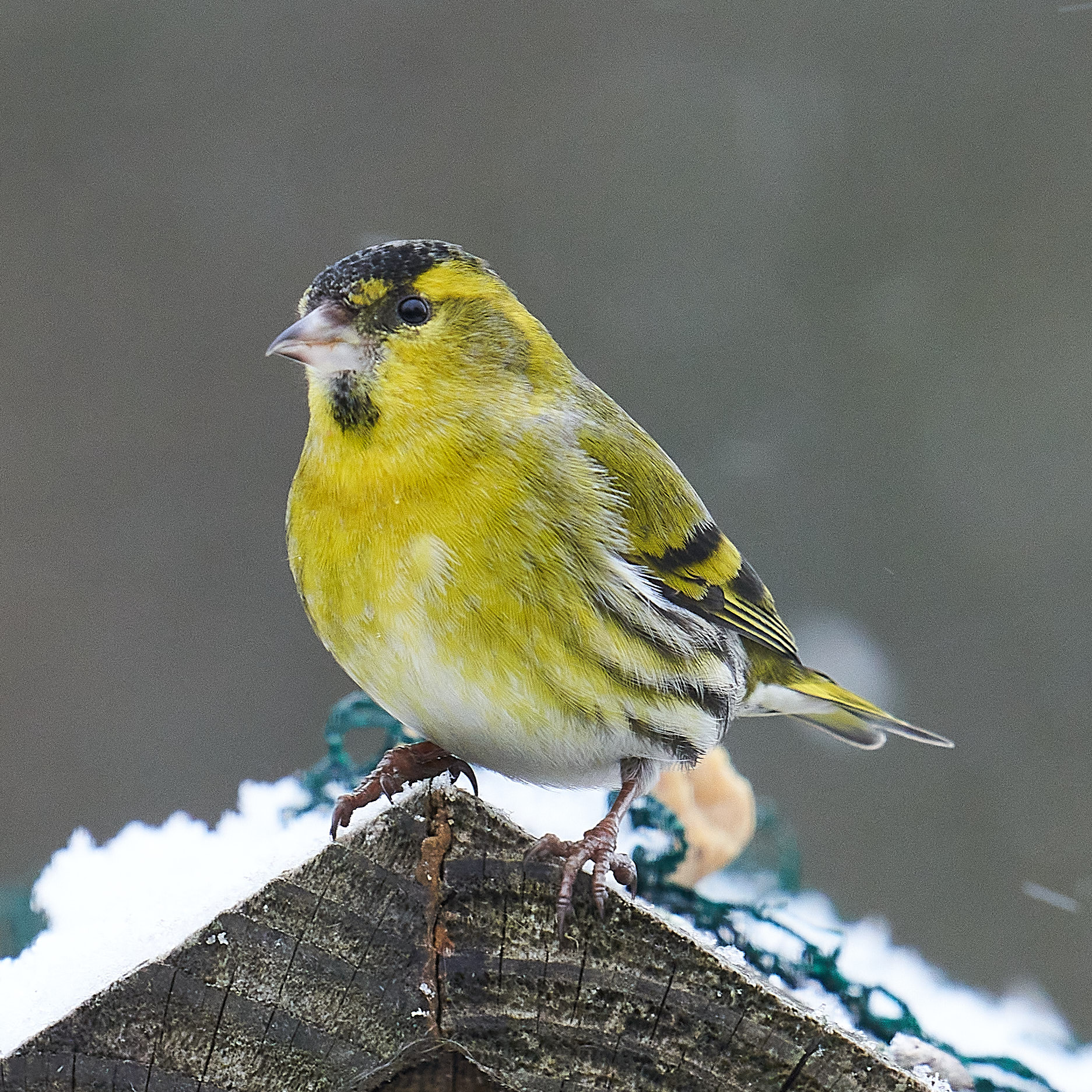 A completely unexpected visitor was a Redwing. I photographed them quite easily in their breeding grounds in Iceland, but here,  as winter visitors, they are shy and usually stay in flocks. 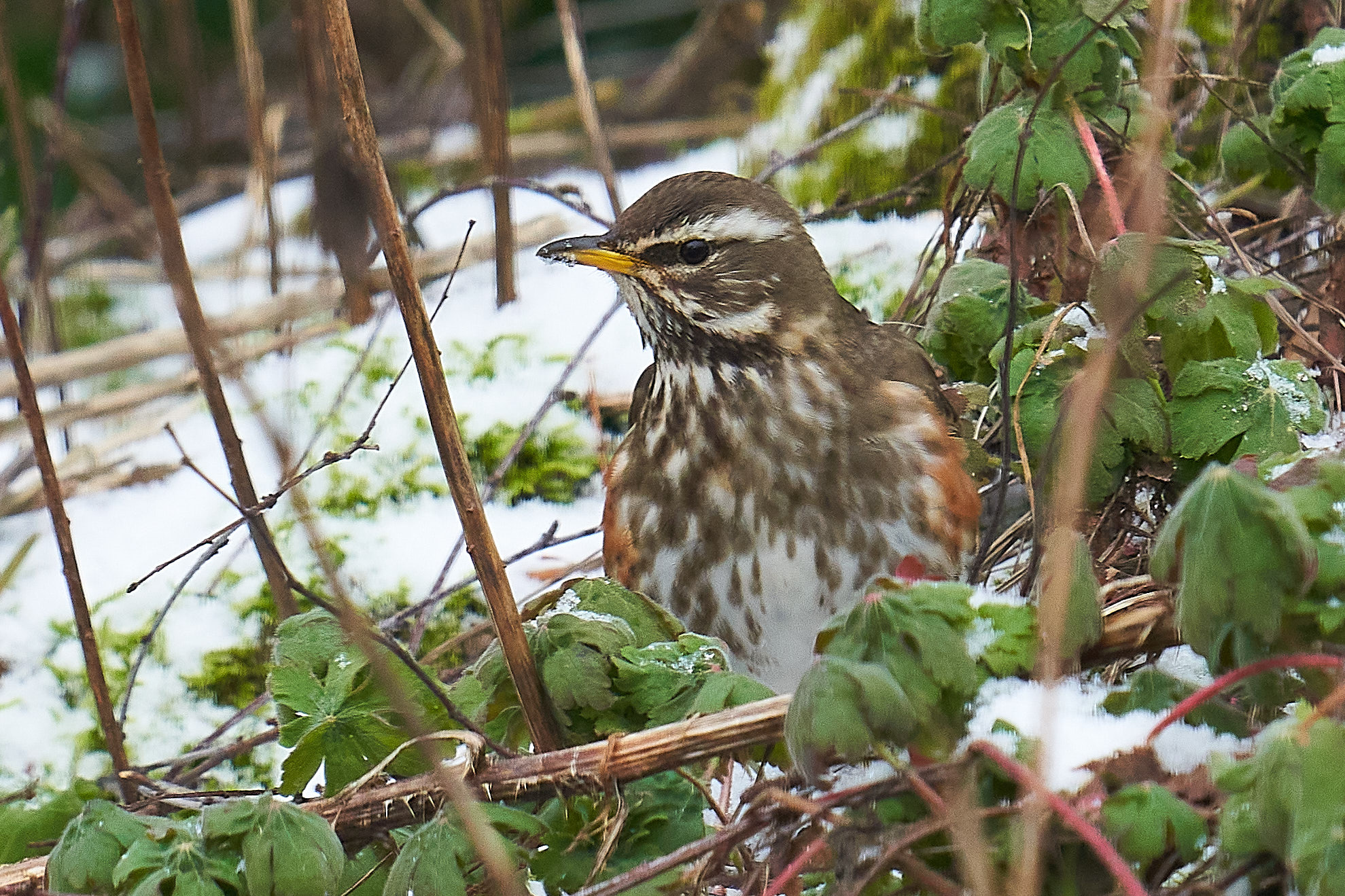 Another bird I was able to get close to in Iceland was the Golden Plover – this is a male in his spectacular breeding plumage: 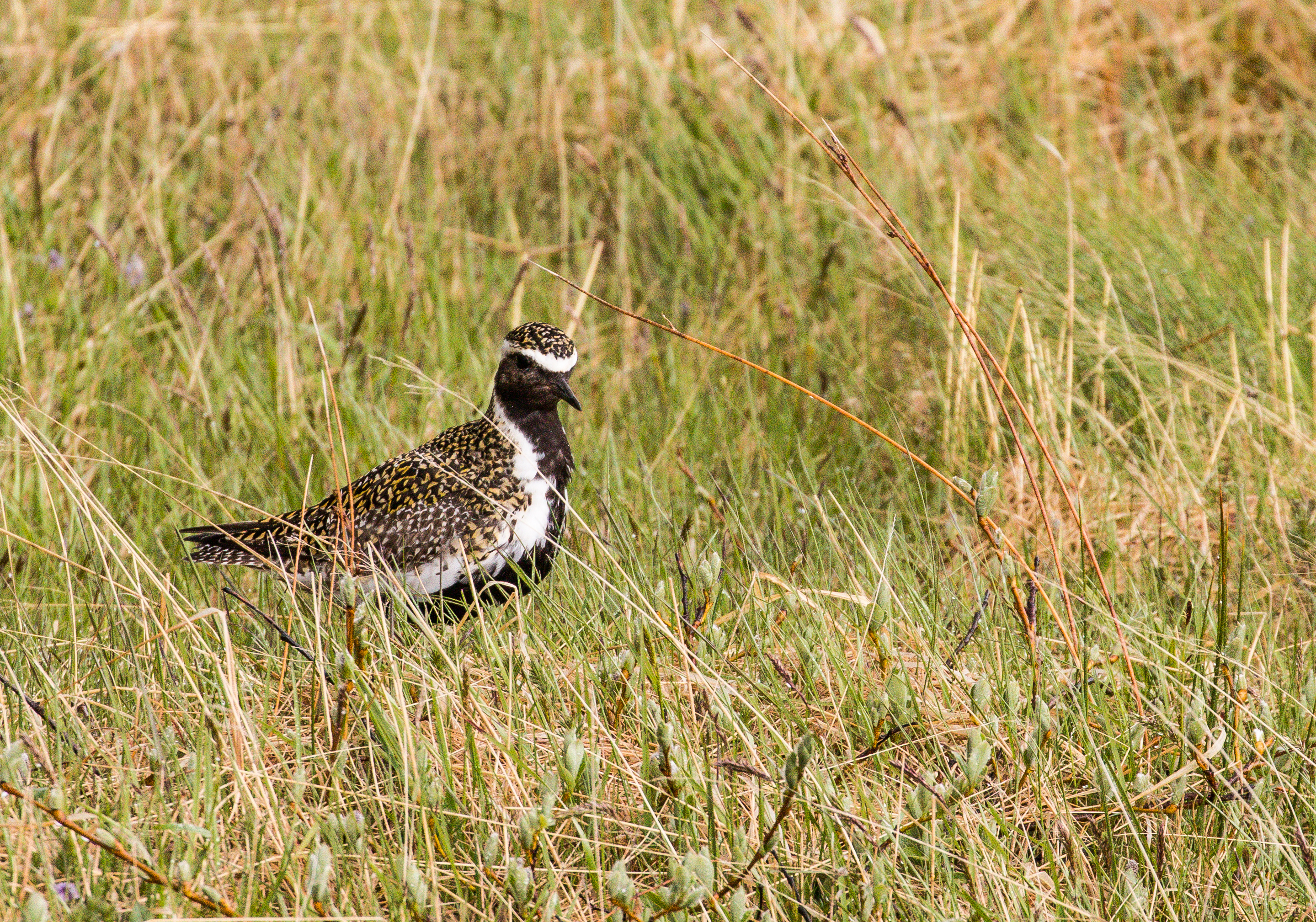 Coming back from a hospital appointment in Carmarthen, I spotted a small flock of them, part obscured  by bushes in a distant field at Dryslwyn: 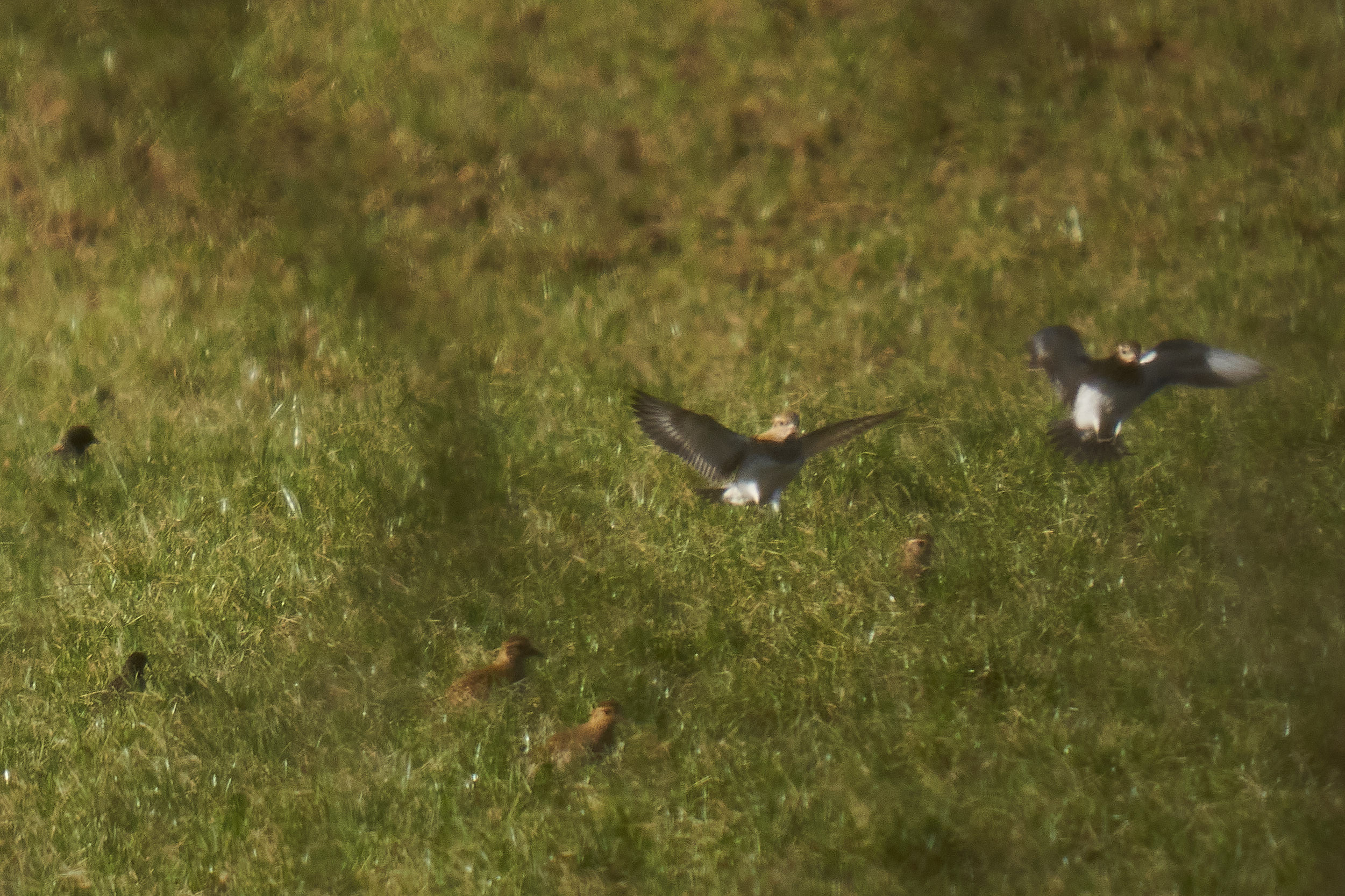 There were plenty of Chaffinches in the garden, and I find their expression in close up particularly appealing. 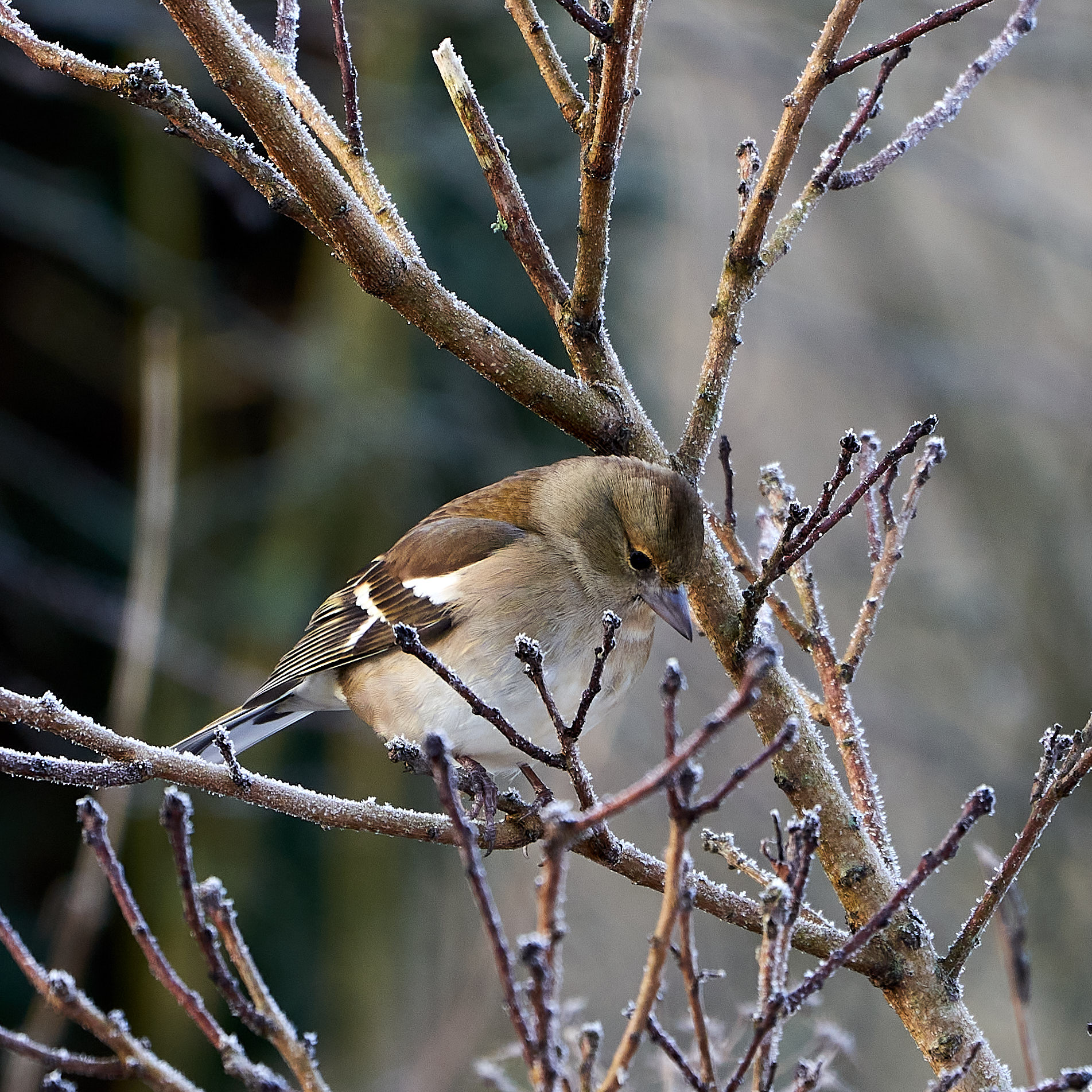 Among the regulars, one pair of Collared Doves have clearly adopted the garden and went round collecting sticks and chasing off any intruders.

The Robins, too show fierce territorial aggression, and this one was shouting his message from way up in the tree tops. 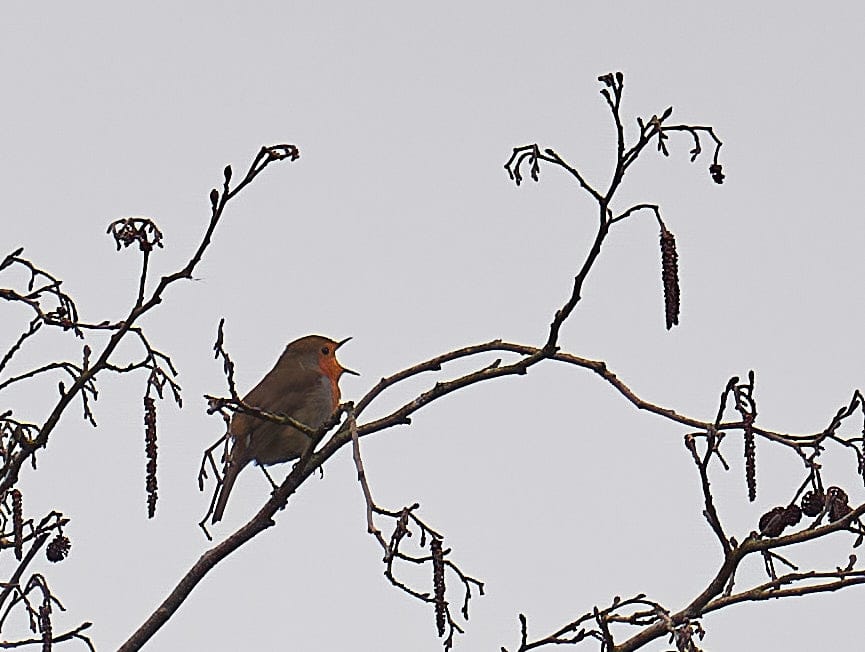 I’ve got pictures of daffodils and snowdrops, but I prefer to end the month with more crocuses and another unexpected fly! 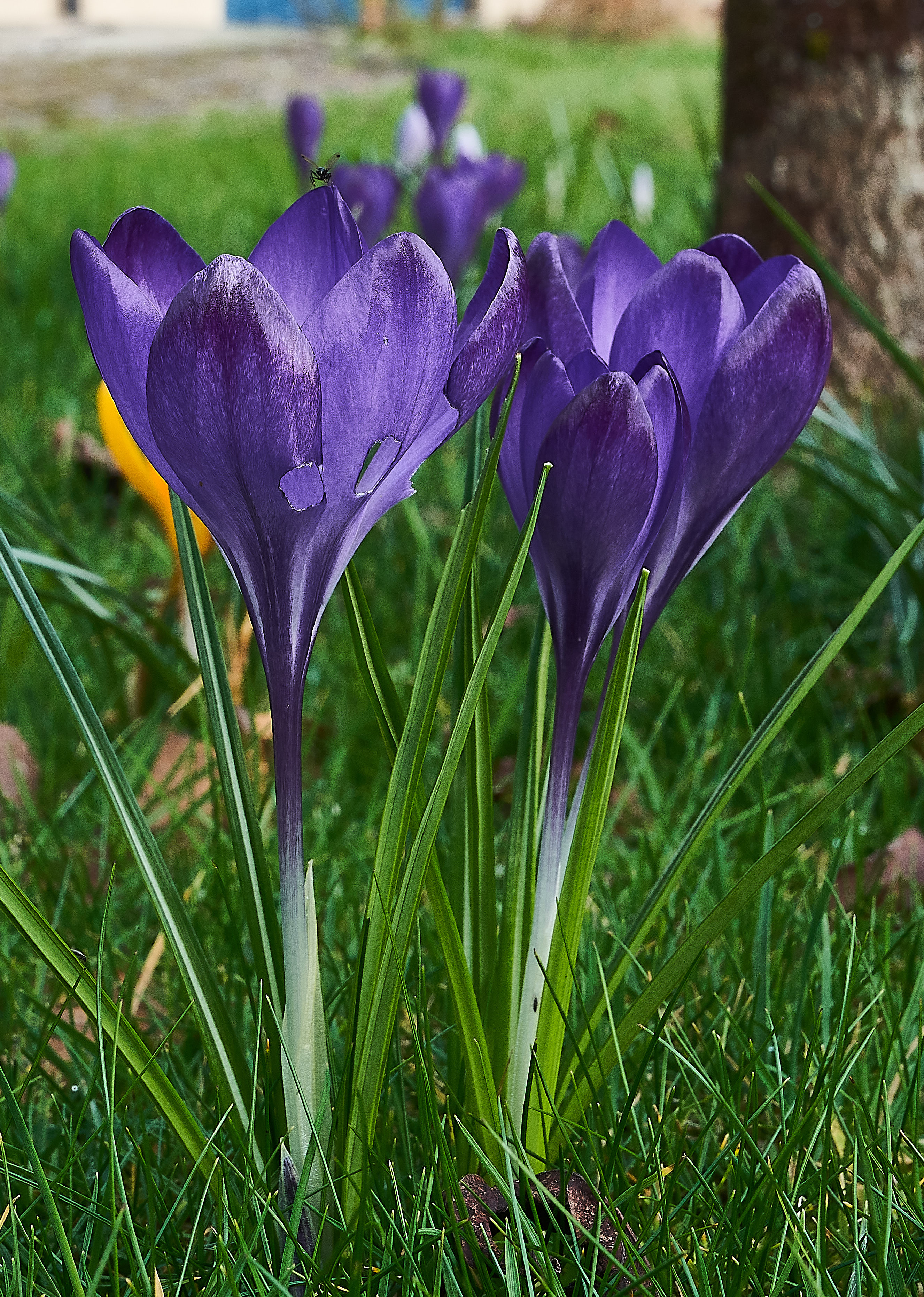 This entry was posted in This Domestic Life, This Wild Life. Bookmark the permalink.

3 Responses to The Best of February 2021