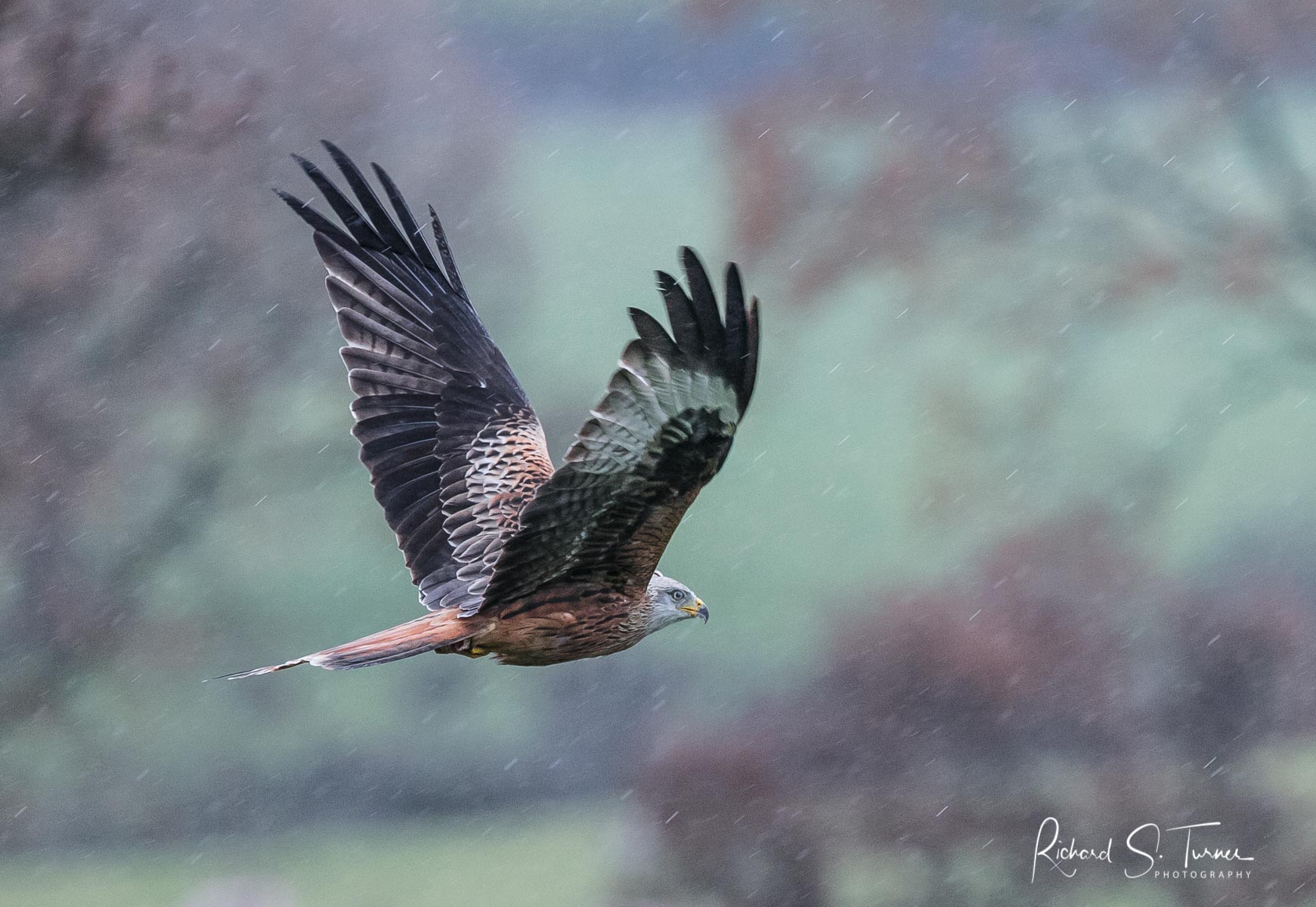 So, just between me and me, I  think I know about this wildlife photography business do I? (How’s that for pronouns!) Well, I thought I was certainly getting there, but I’ve been selecting a few shots to print and frame for a Christmas market stall I’m doing in 3 weeks time. When you have a few thousand pictures to choose from this can be a time consuming business, and since the accent is to be on local wildlife I felt I needed a really good picture of a kite on the wing. The obvious place – and why didn’t I think of it earlier? – is the local kite feeding station at Llandeusant. I’ve been there several times. Not recently, but not so far in the past that I couldn’t remember the way: through Myddfai and take a sharp left.

Are you sure? It was when a strip of grass appeared in the middle of the road that I realised I’d made this mistake before. (Why do navigation mistakes keep getting re-cycled?) This single track road would be gorgeous for a day’s walk in the sunshine, but in the rain and now hurrying to get there before they start chucking the meat out . . . it just goes on and on.

I only just got there in time, paid my £3 and in too much haste got both cameras prepared. The full-frame 5DS had the big 400 f4 lens on it, and the 80D crop sensor had my Tamron 18-400 so that I wouldn’t miss out on the wider picture. A few minutes later the man with the bucket of meat was throwing out handfuls into the little paddock fenced off for the purpose, and the air was full of kites – at least 50 with a few dozen corvids and a few buzzards.

Immediately I’m out of my depth. I simply can’t focus on any of these birds swirling round in front of me. Even though they are fed here every day, they are still nervous, and stay circling until one of the older birds decides to swoop down, grab some meat and be away without touching the ground. Lots more follow and chunks of meat are flying around above me with kites attached to them. 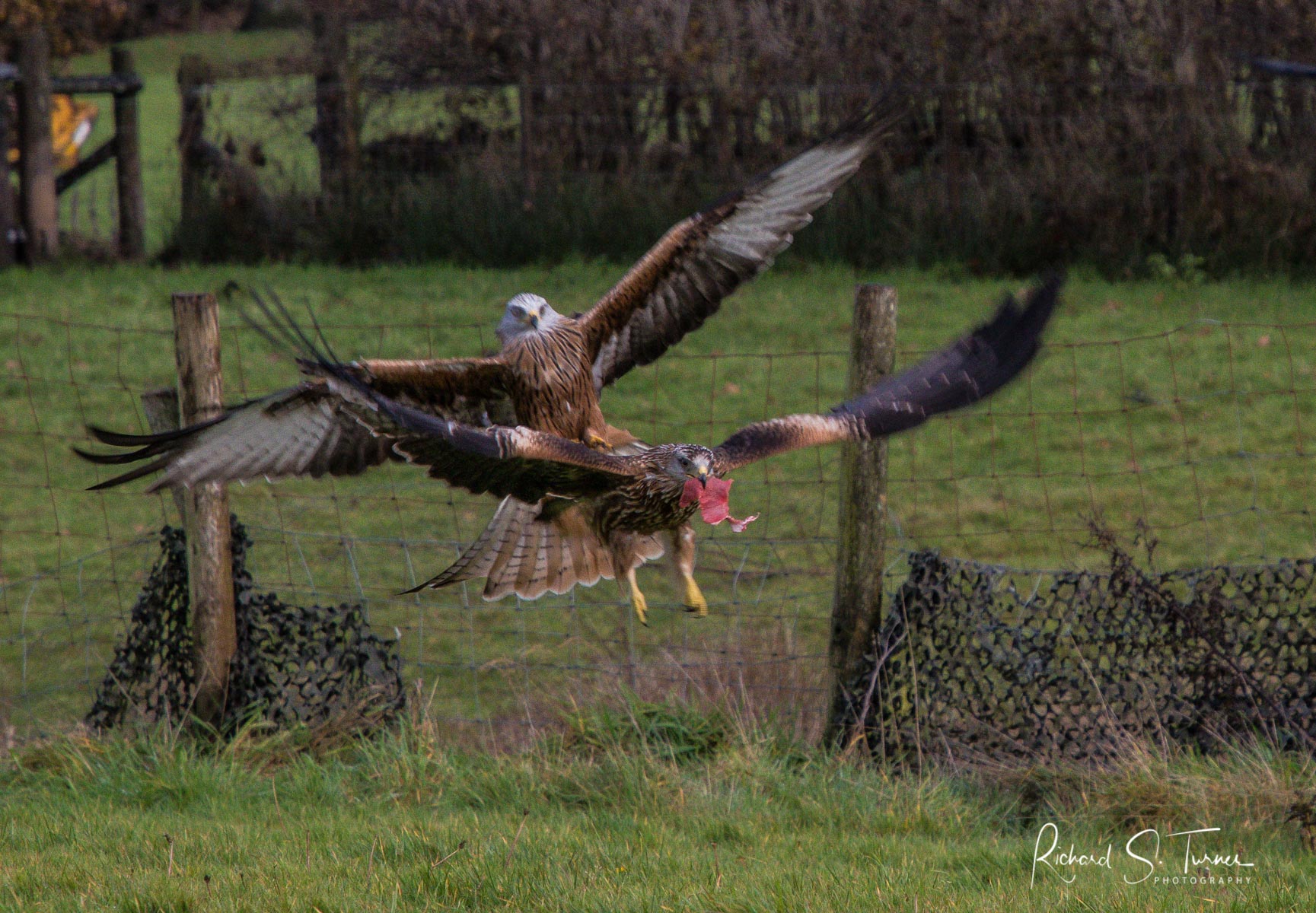 There are glimpses of sunlight but the light is poor and the autofocus very sluggish. My arm is soon aching and I wish I had brought a mono-pod. I check the screen and they’re all blurred! Damn; I’ve set the shutter speed too low. Normally I don’t need more than 150th of a second for these big flappy birds, but here they are moving much faster. Surely 400th will be enough? I change cameras. Ah, this is much easier. I can zoom out to between 100 and 200mm and have a much better chance of catching them, but this lens is better at landscapes than wildlife, and in the winter light the detail may be lacking. (It was.)

The crows and the buzzard stay put, eating their fill but keeping a sharp eye on the kites above them. 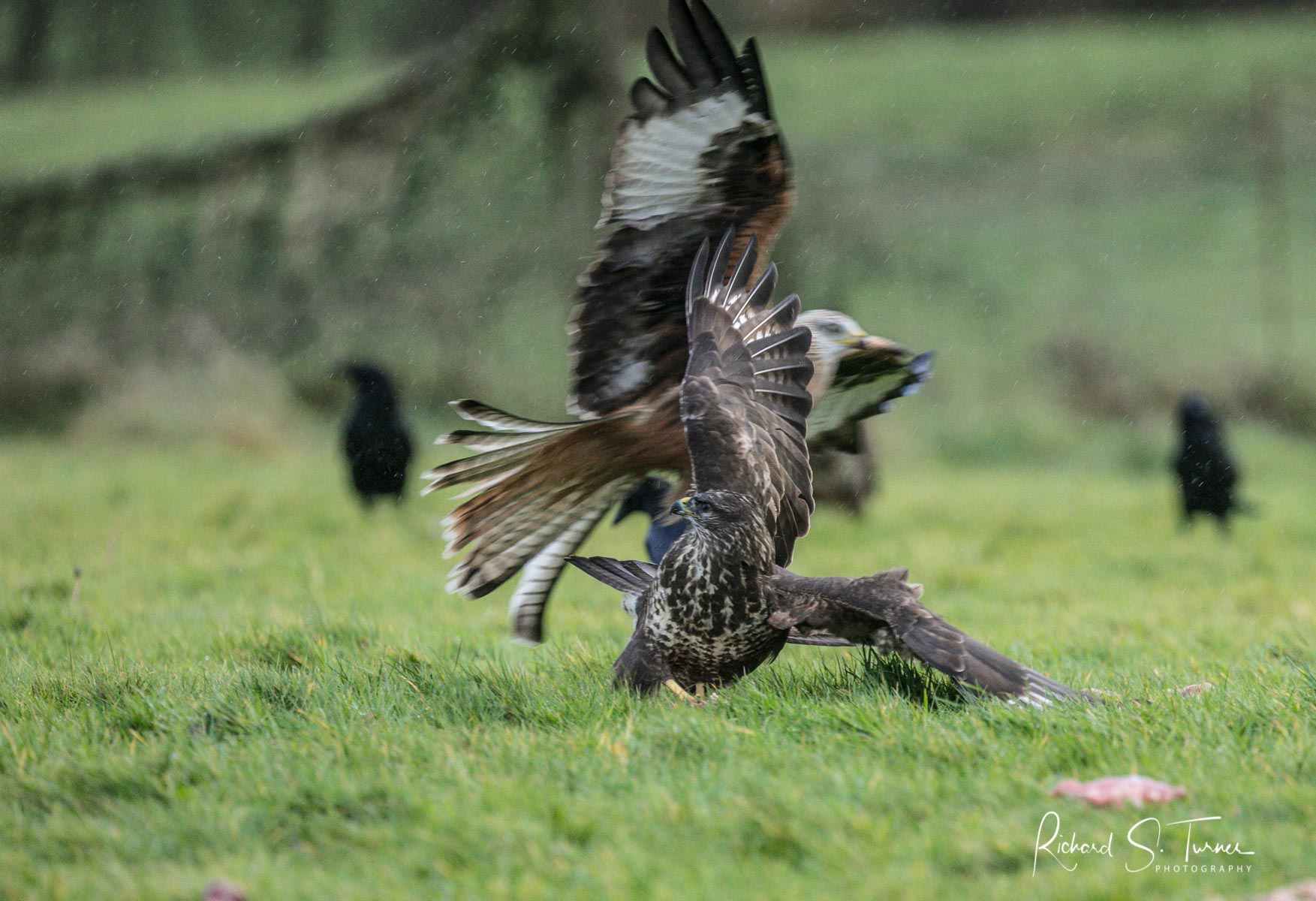 More kites swoop down and the flock slowly thins as the brave-hearts among them fly off with their meal. The other people in the hide have all gone by the time I decide to give up. It’s been a hard session. I won’t know if I have my definitive kite picture until I get the 100 or more shots onto the computer.  For the first time since I sold it I really wished I’d had my old 100-400 zoom lens. As I walk back to the car the cloud becomes more scattered and shafts of sunlight show up the brilliant copper of the autumn trees, luminous against the dark hills. I take a more direct route back, climbing up to show the whole Towy valley and then snaking down to skirt the smaller valleys, but I keep stopping, because everywhere there are fabulous views. 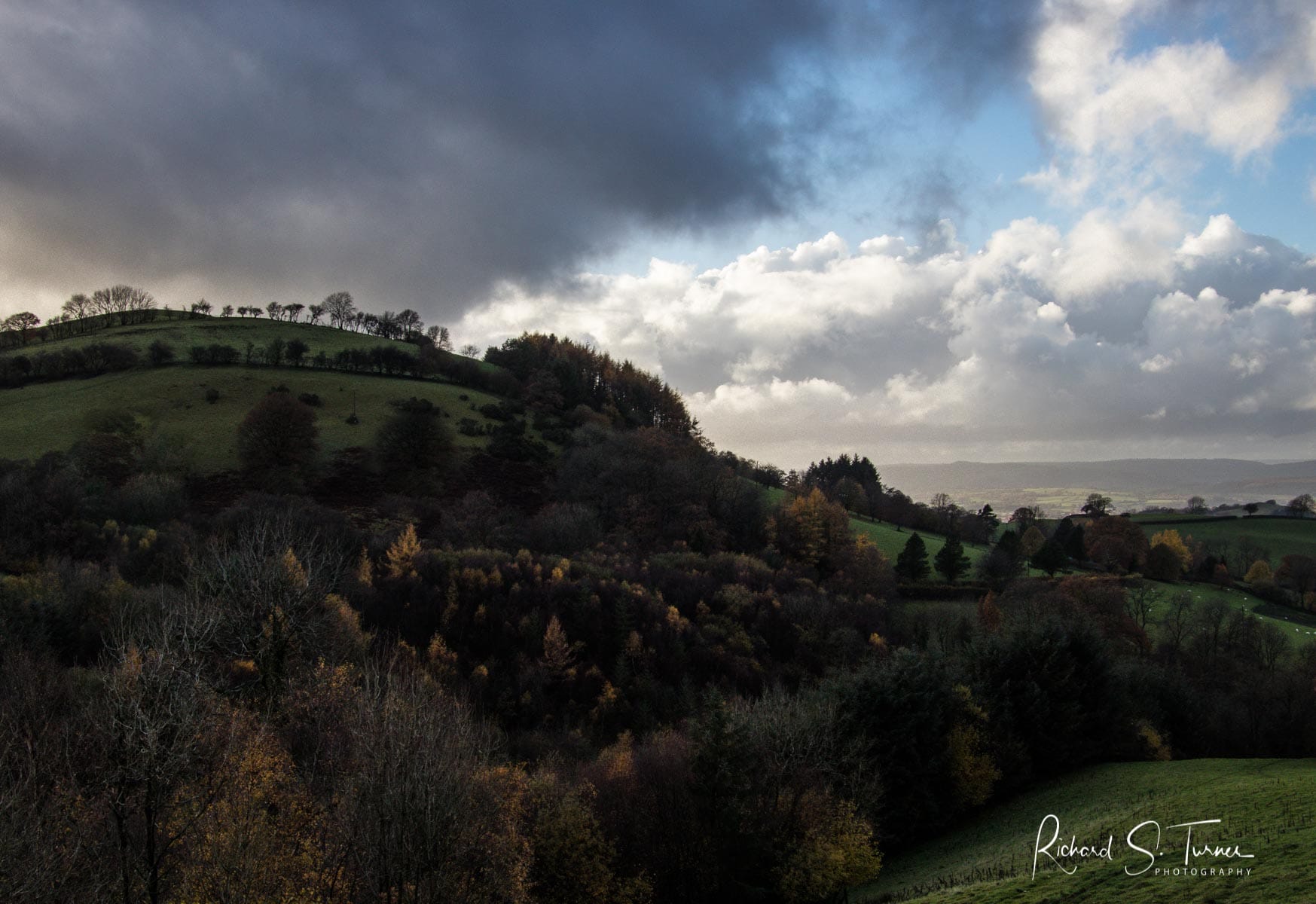 What is the opposite of “A sting in the tail”? How about: “There is a bit of honey left at the bottom of the jar”. I set out to get my best kite pictures, and I don’t think I’ve succeeded, but I’m pretty sure I have my best autumn pictures this year.

I did get some good kite pictures with some nice views of buzzards as a bonus. 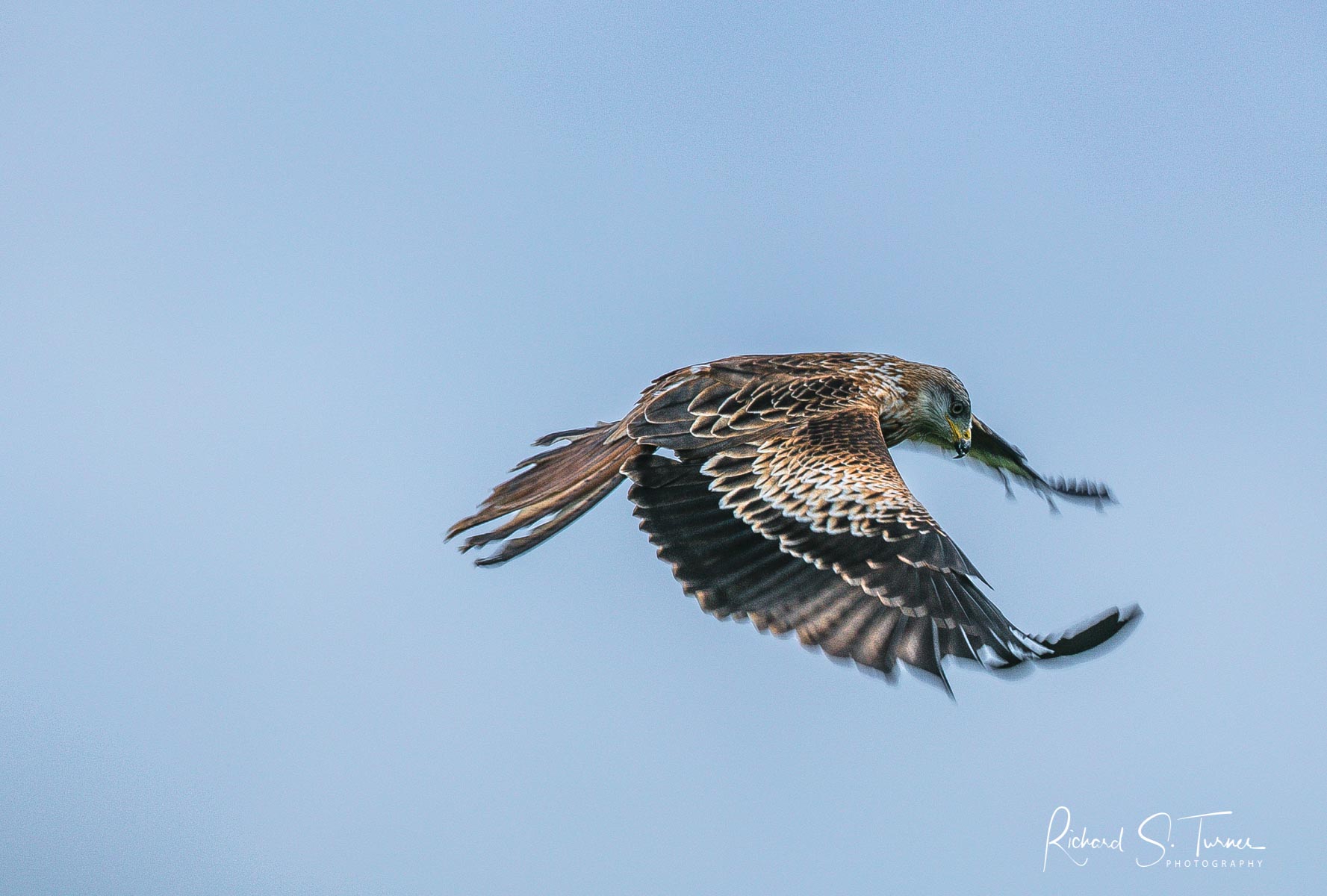 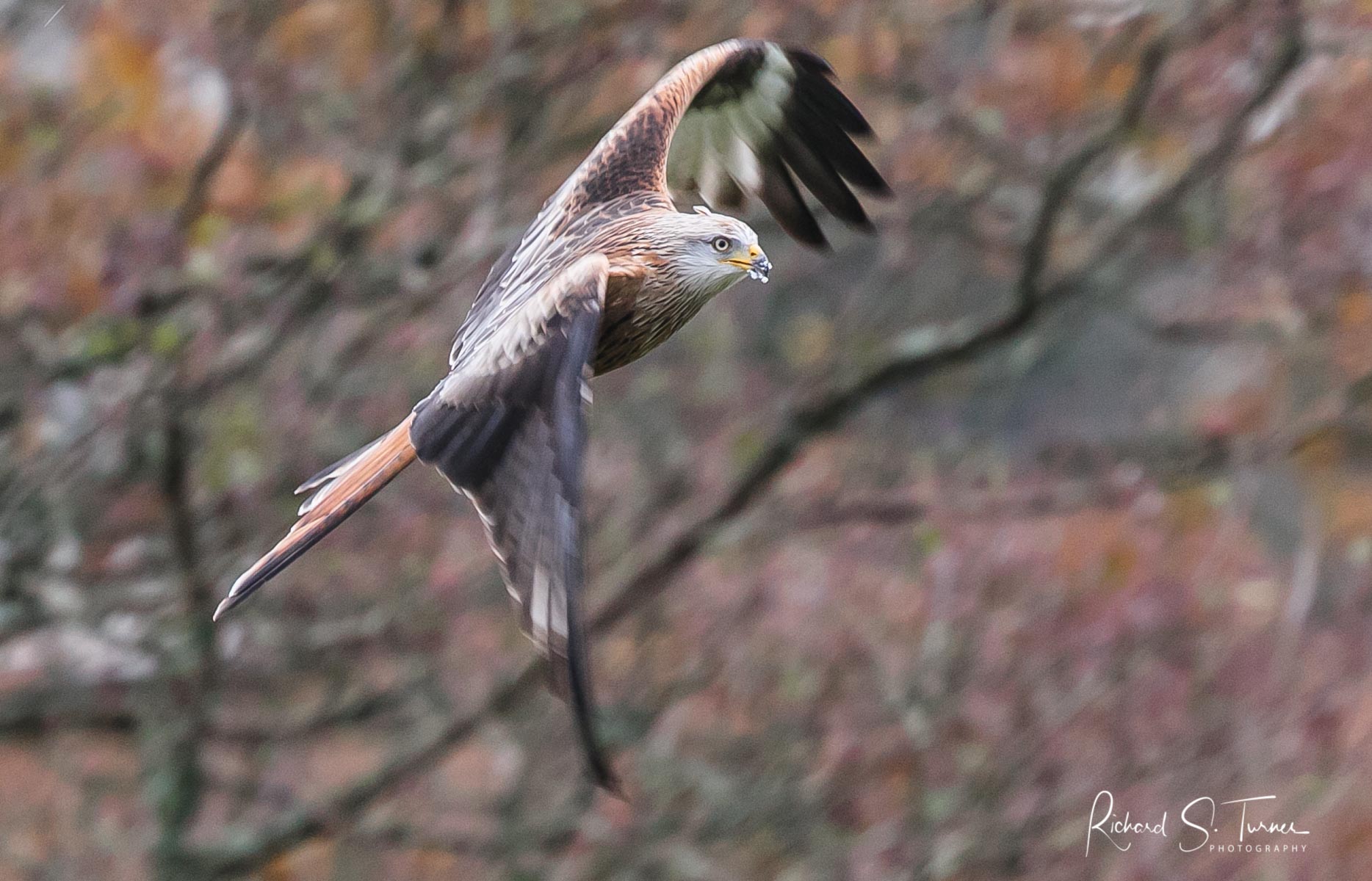 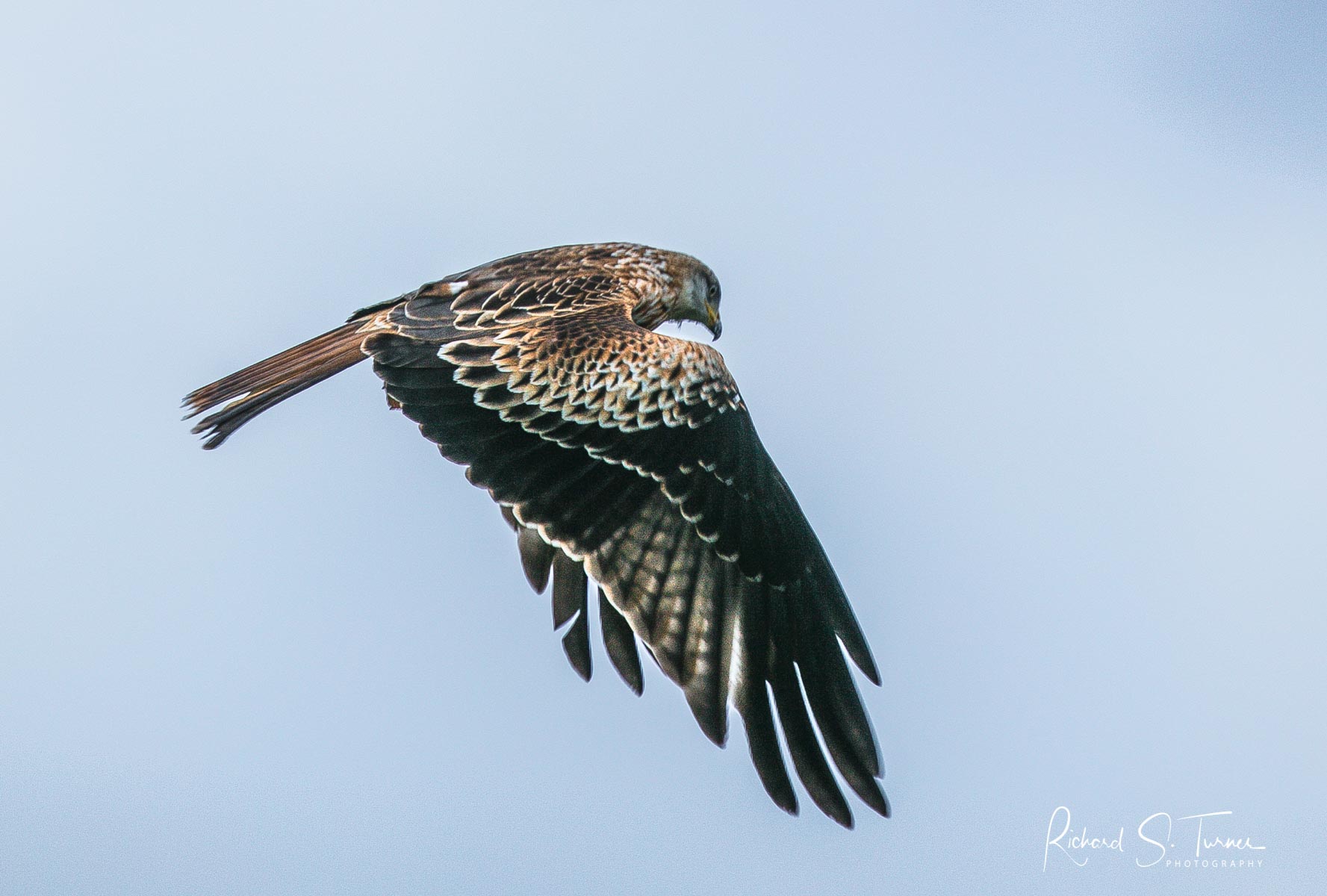 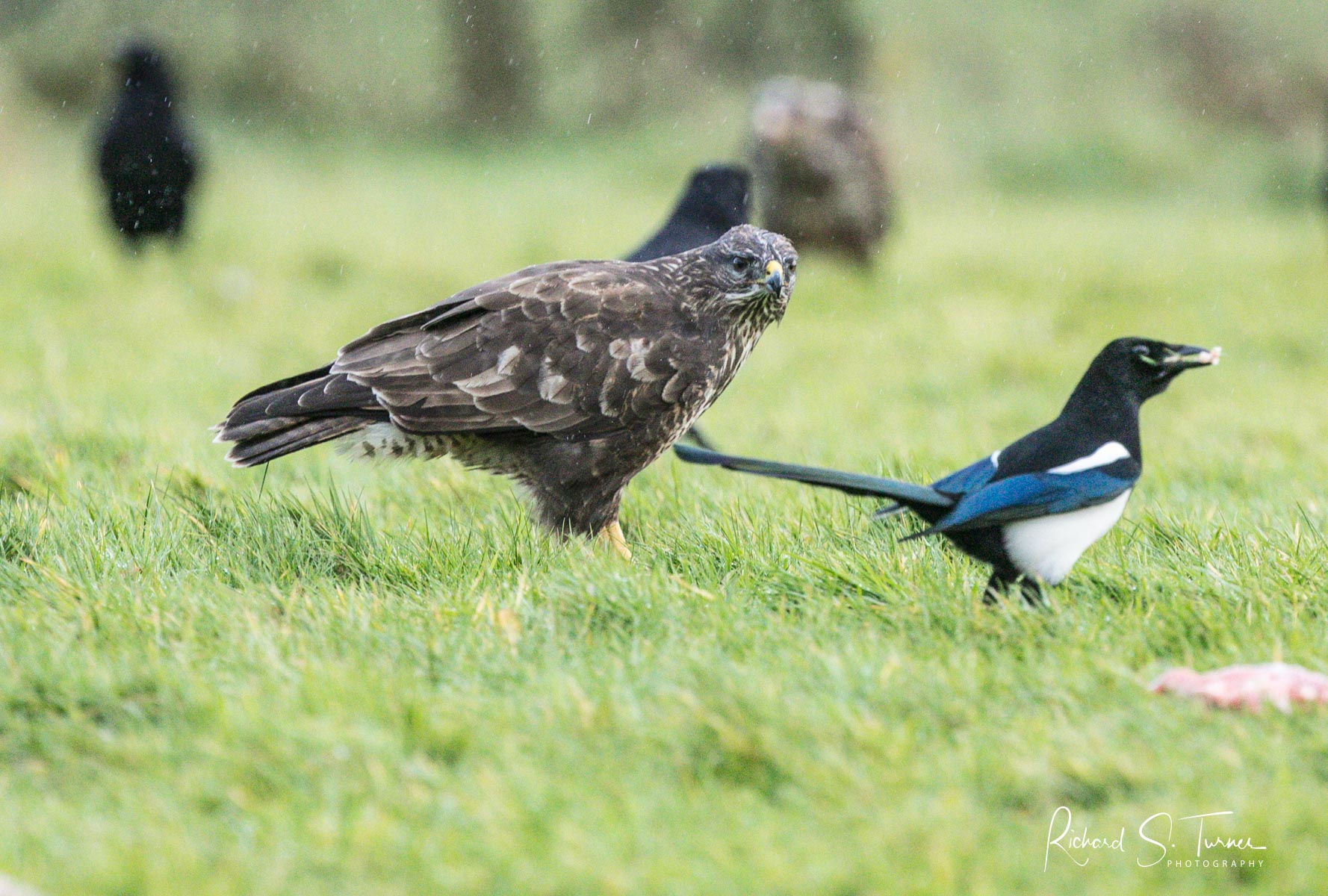 2 Responses to The Red Kite Challenge