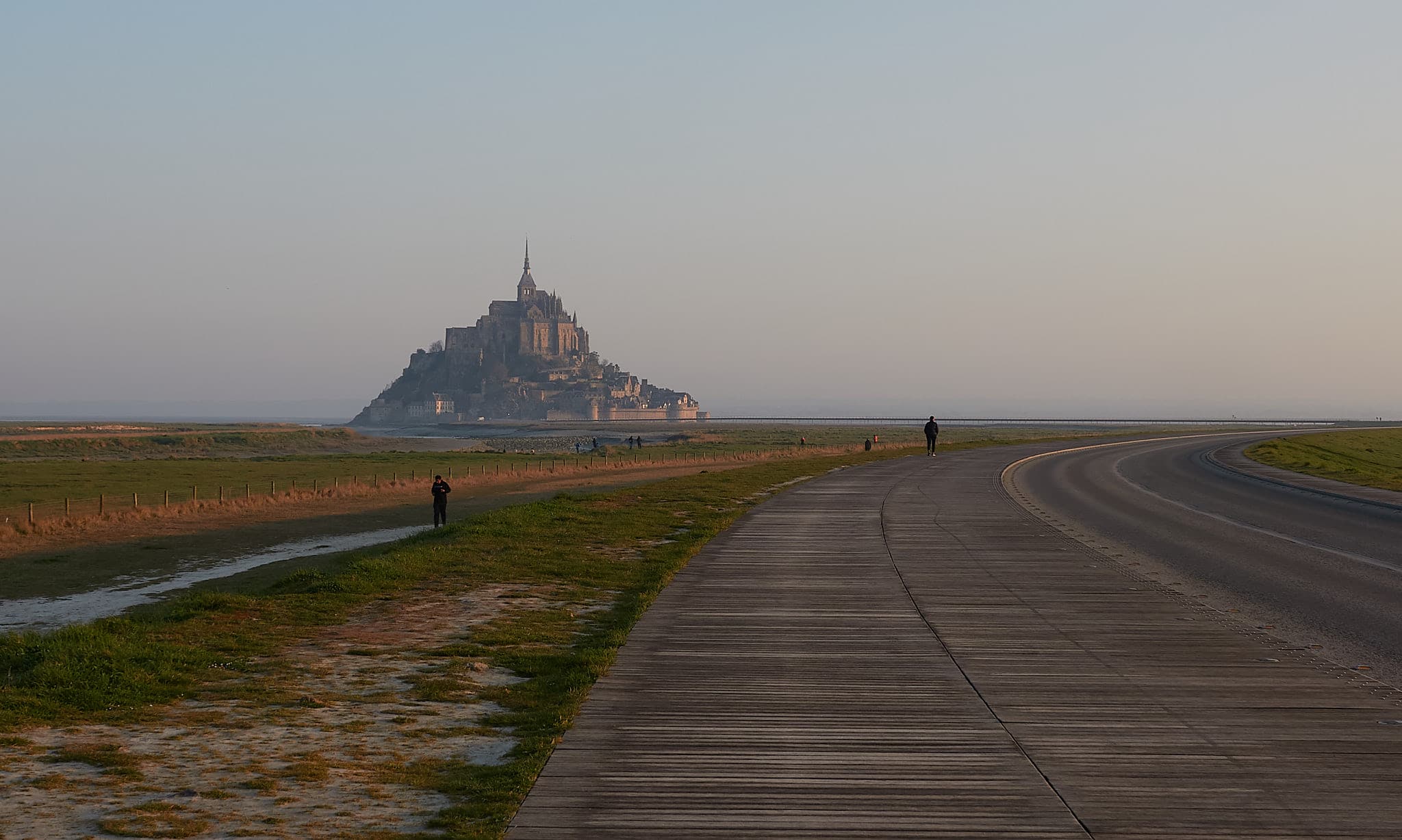 I was told that the marshes around Le Mont St Michel were good for birds. I couldn’t see any marshes, but every other farm offered accommodation and every hamlet had its posh restaurant. This was clearly a major tourist destination. Well it is pretty spectacular, and I could hardly not visit a medieval village stuck on a rock out in the sea, but not in the late afternoon. Searching for somewhere to park for the night I entered what looked like a square mile of parking bays, one of which was for “campingcars”. The dread “Great White Motorhome” seems to have conquered France and most villages now have an “aire de campingcar”. Here I would have to pay when I left, but it was safe and not yet crowded.

Downstream from the parking lot is a barrier and beyond it an exclusive area of hotels and restaurants. From here the free shuttle busses go out along the causeway to the Mount, but there is also a footpath and cycle path, so at the relatively early time of 7:30 I set off to walk. It takes half an hour, and once you have climbed up the steps the whole quaint little place, except for the Abbey, can be walked round in an hour. It costs 11Euros to see the abbey and I preferred to spend 7E on a coffee and crepe looking out over the ramparts. 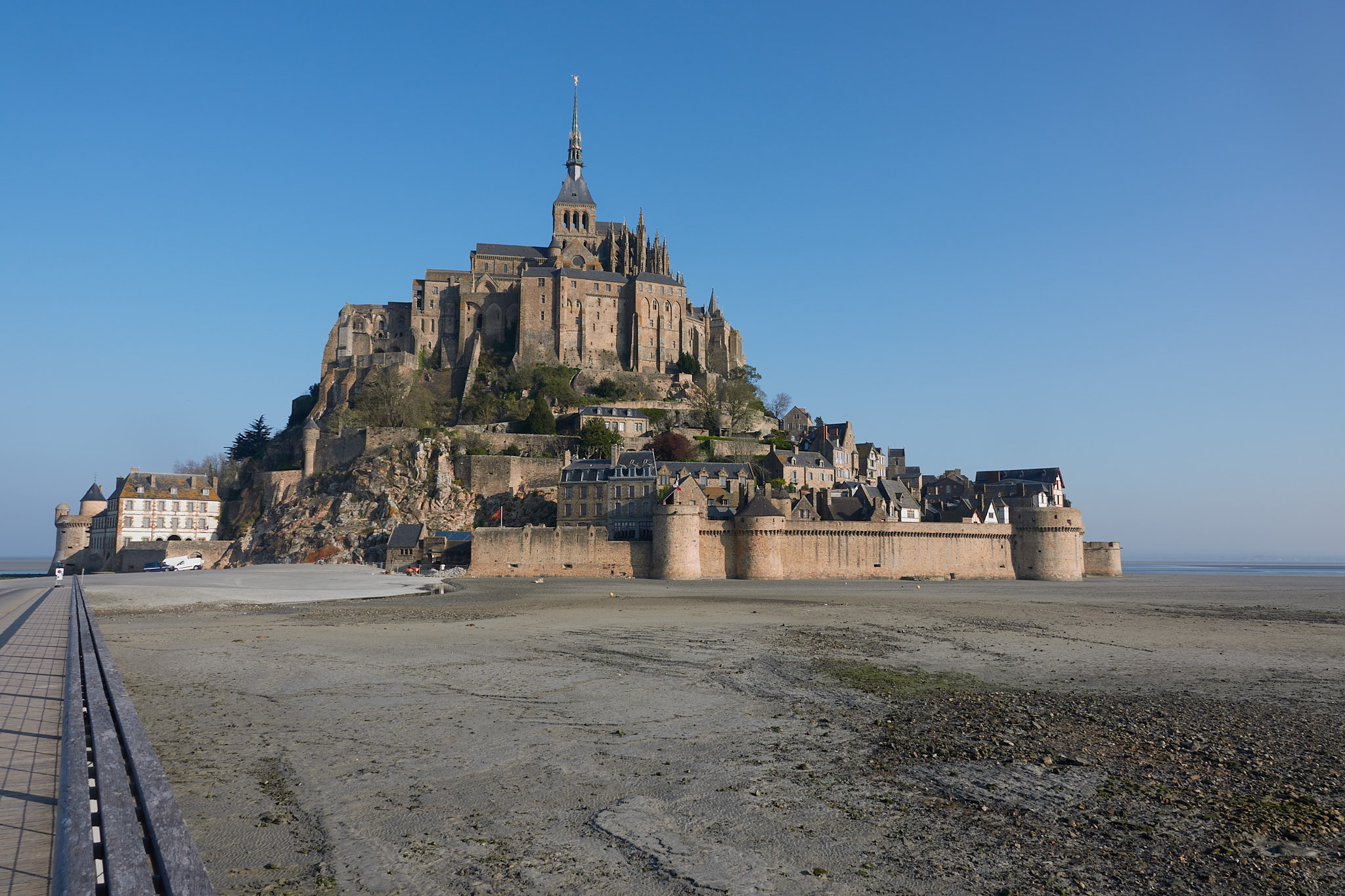 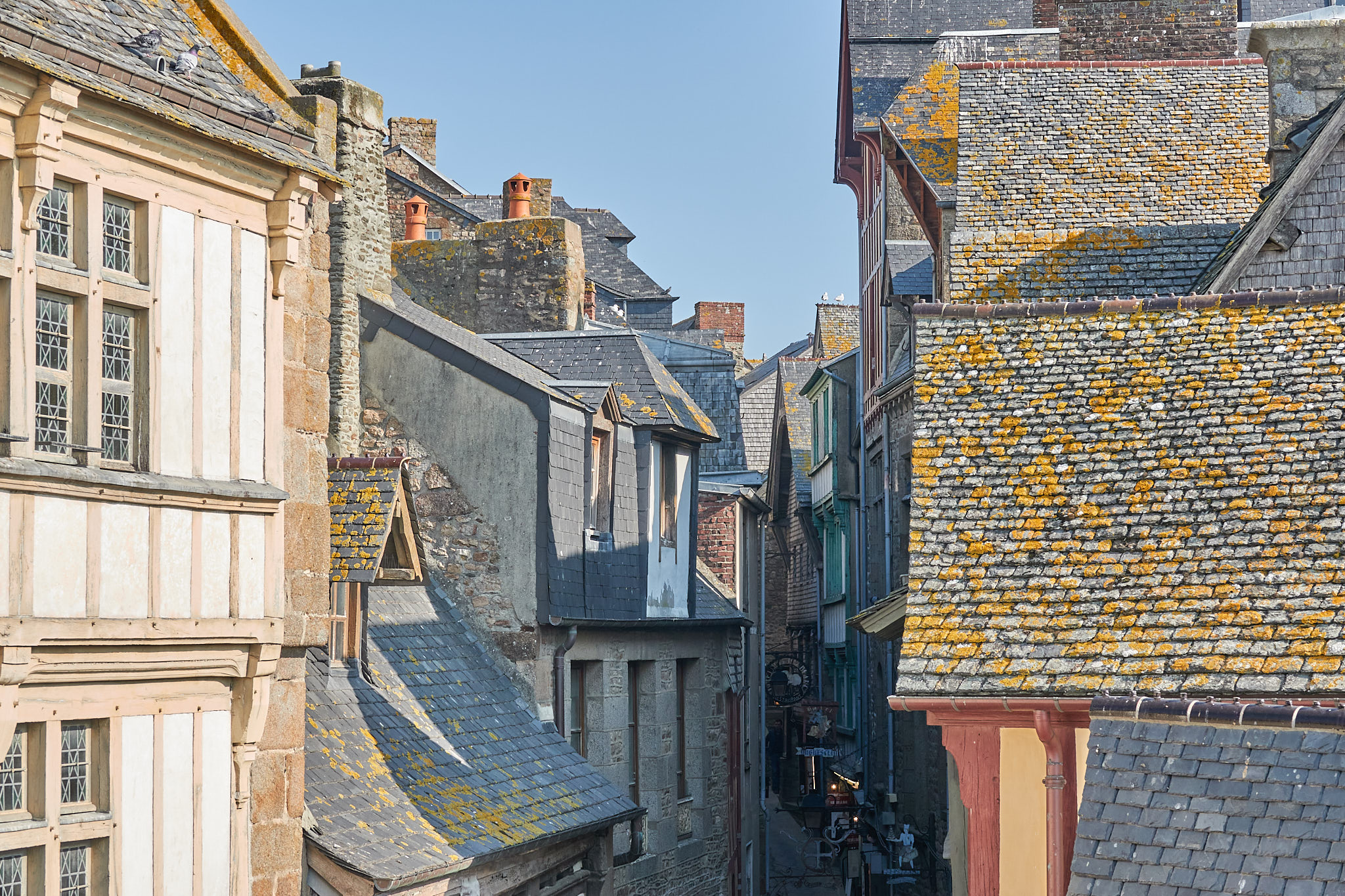 There are a few people living here, and I imagine there are services in the abbey and the church, but otherwise it’s a film set. Suppose some enterprising group decided to build a spectacular fake medieval style village from scratch? My guess it would be just as popular. It worked for Portmeirion though for much smaller numbers than this place is geared to.

Walking back along the causeway at 10:30 I passed a steadily growing band of walkers coming the other way, and the shuttle buses going full and coming back empty. I admired the walkers. In another time and place I would enjoy meeting many of them, but to make that kind of social effort here was beyond me and the walk was therapy of a sort. 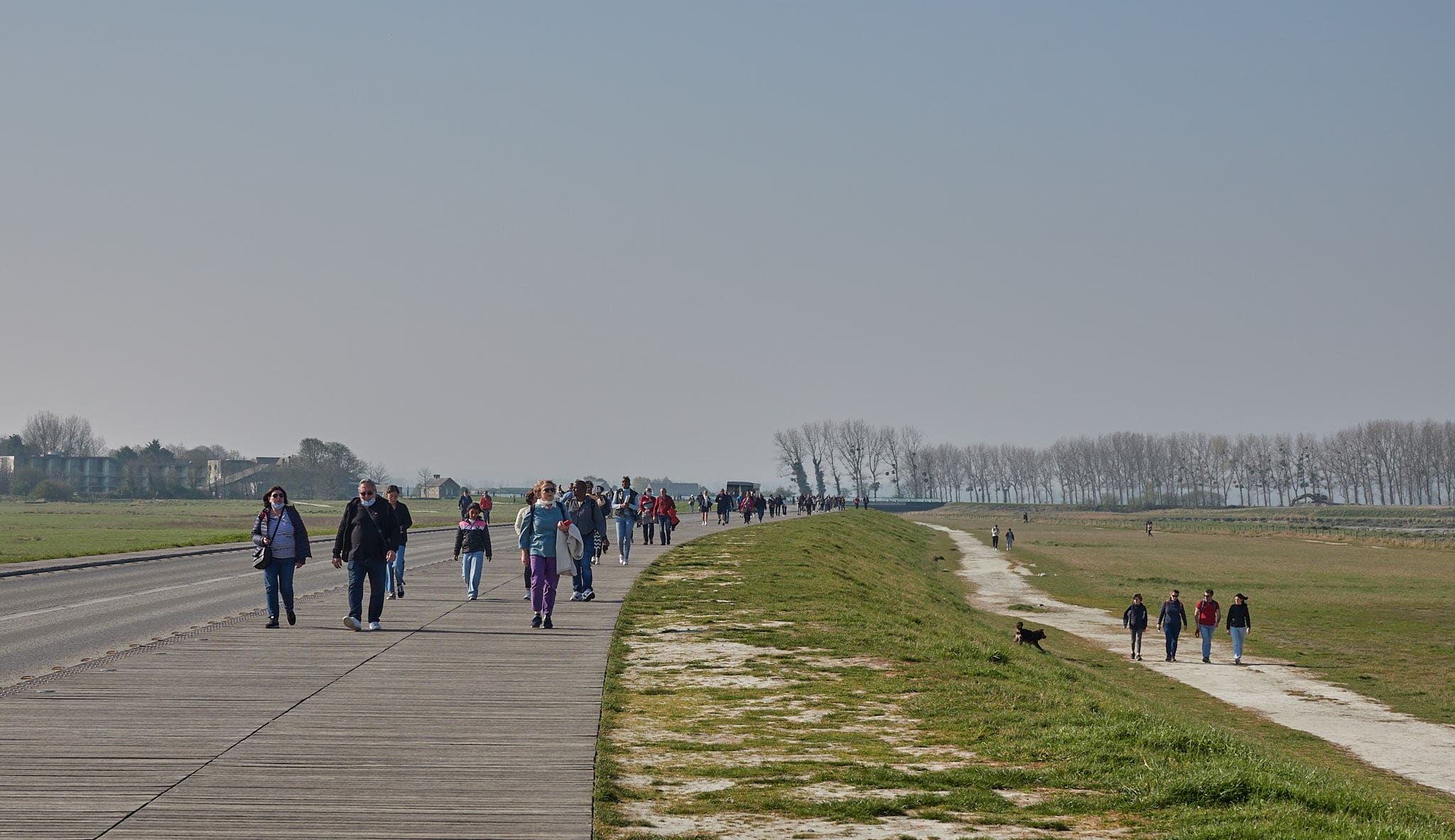 In the late afternoon I headed East and stayed in a beautiful old beech forest on the way to the ferry port. In the early morning I went looking for deer; saw none but loved the light through the trees. 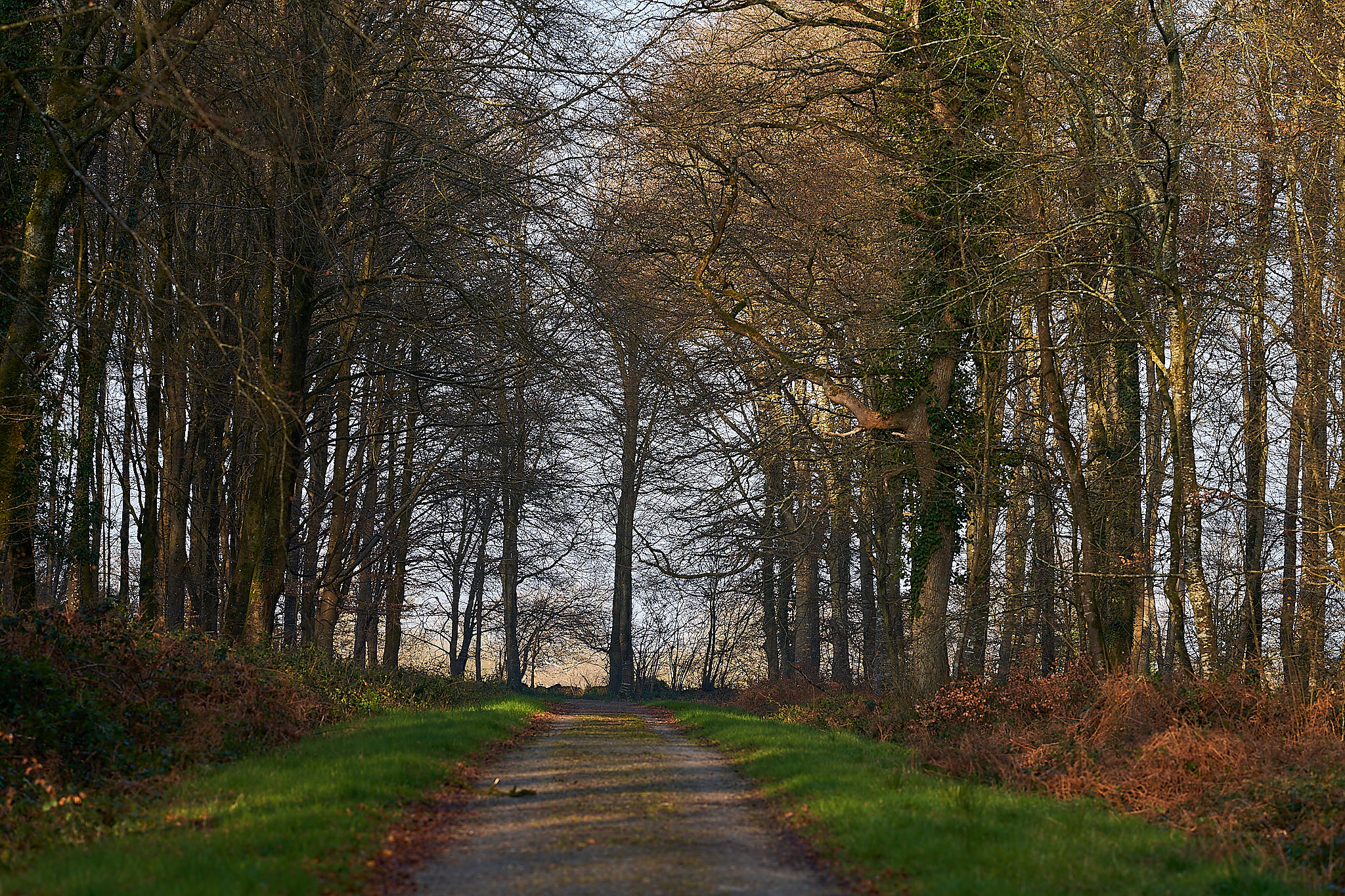 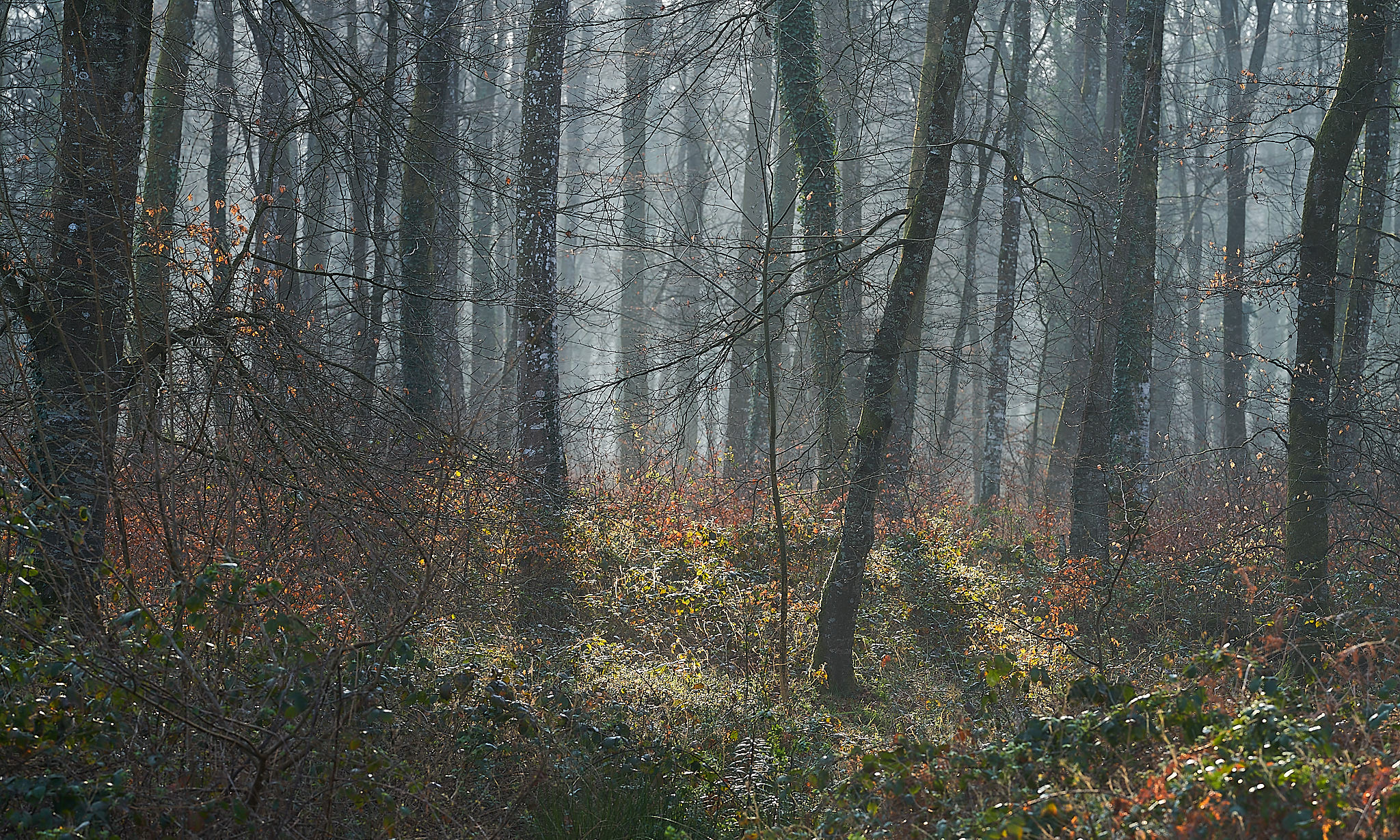 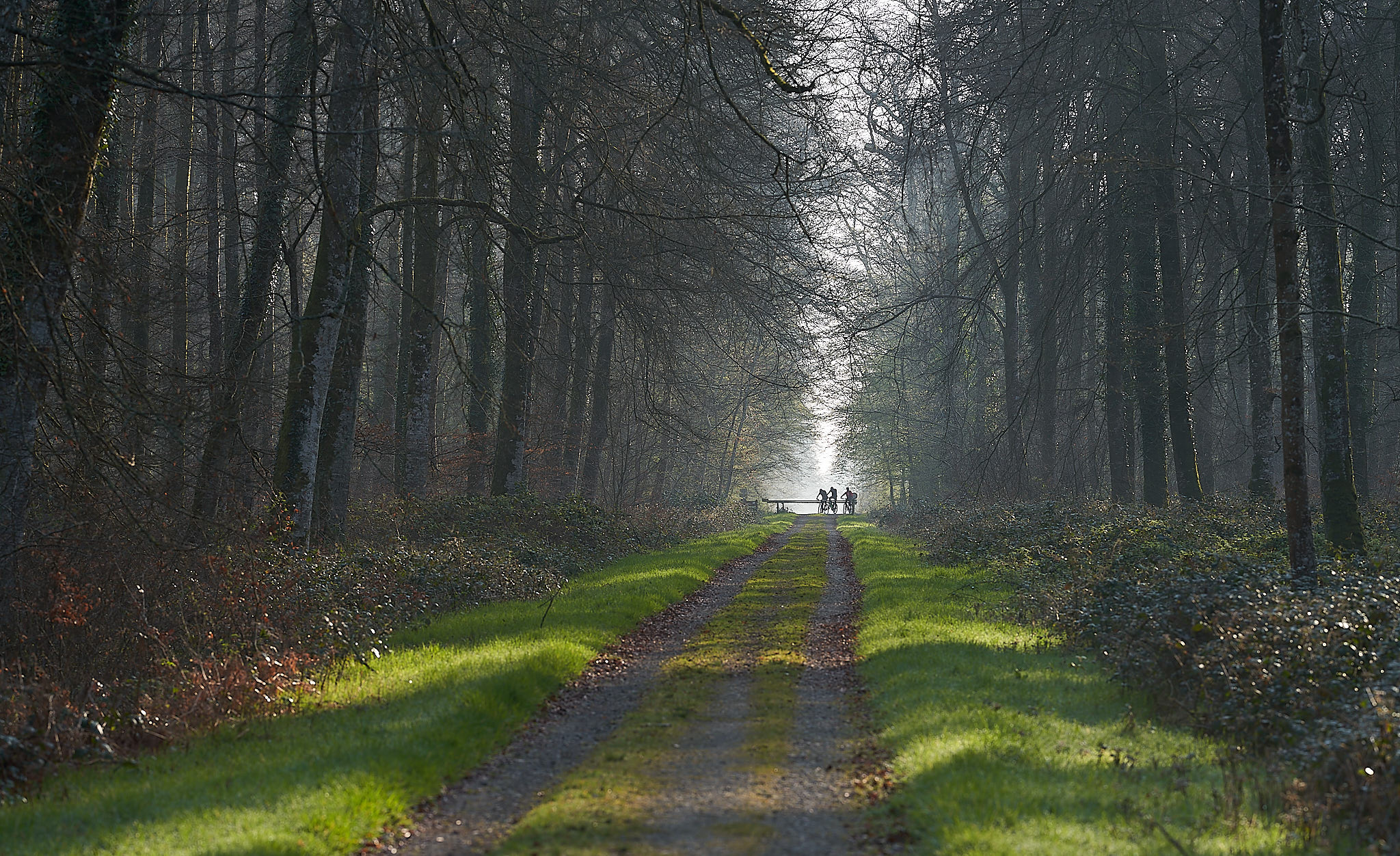 On my last afternoon I went to a bird reserve called “Baie de l’Orne” on the other side of the estuary from the port at Ouistreham. I’d been here before, in the winter. There were very few birds there then but it was a quiet, interesting walk. I should have known that a warm Saturday afternoon by the shore in France, even in March, was not going to be quiet. The reserve is oval in shape protected by a raised bank with a path round the perimeter. There are a few observation screens at intervals and one high viewing tower. The path was crowded. People stopped for a minute or two at the screens, saw nothing and moved on. From the tower I could see that all the birds were concentrated in the centre of the oval, as far away from the crowds and the traffic as they could get. From a distance I watched a Shelduck chasing a Pintail. 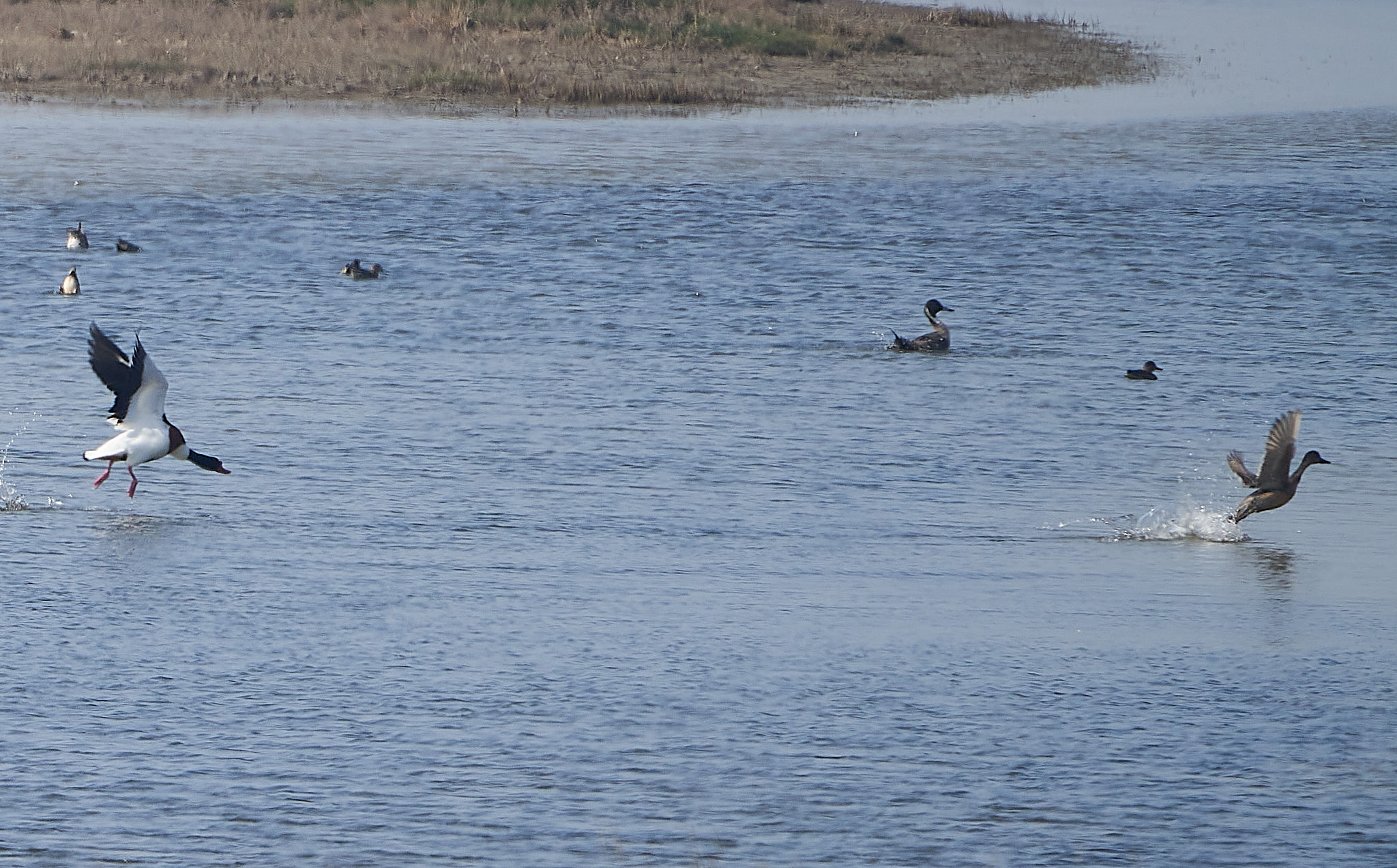 Now, some points to ponder:

Now, here’s my idea. What I have seen of the French farmed landscape in the last year suggests that industrial agriculture has caught up here. Is what I saw at Baie de l’Orne a sign that nature conservation in France is facing a pincer attack from:

As I was preparing the pictures for these blog posts I had a “laugh out loud” moment of delight. I had been quite pleased with a picture of a  buzzard sitting near a spoonbill, but when I saw it on the big screen I realised it was a bird I seldom seen in the wild – a Black Kite: 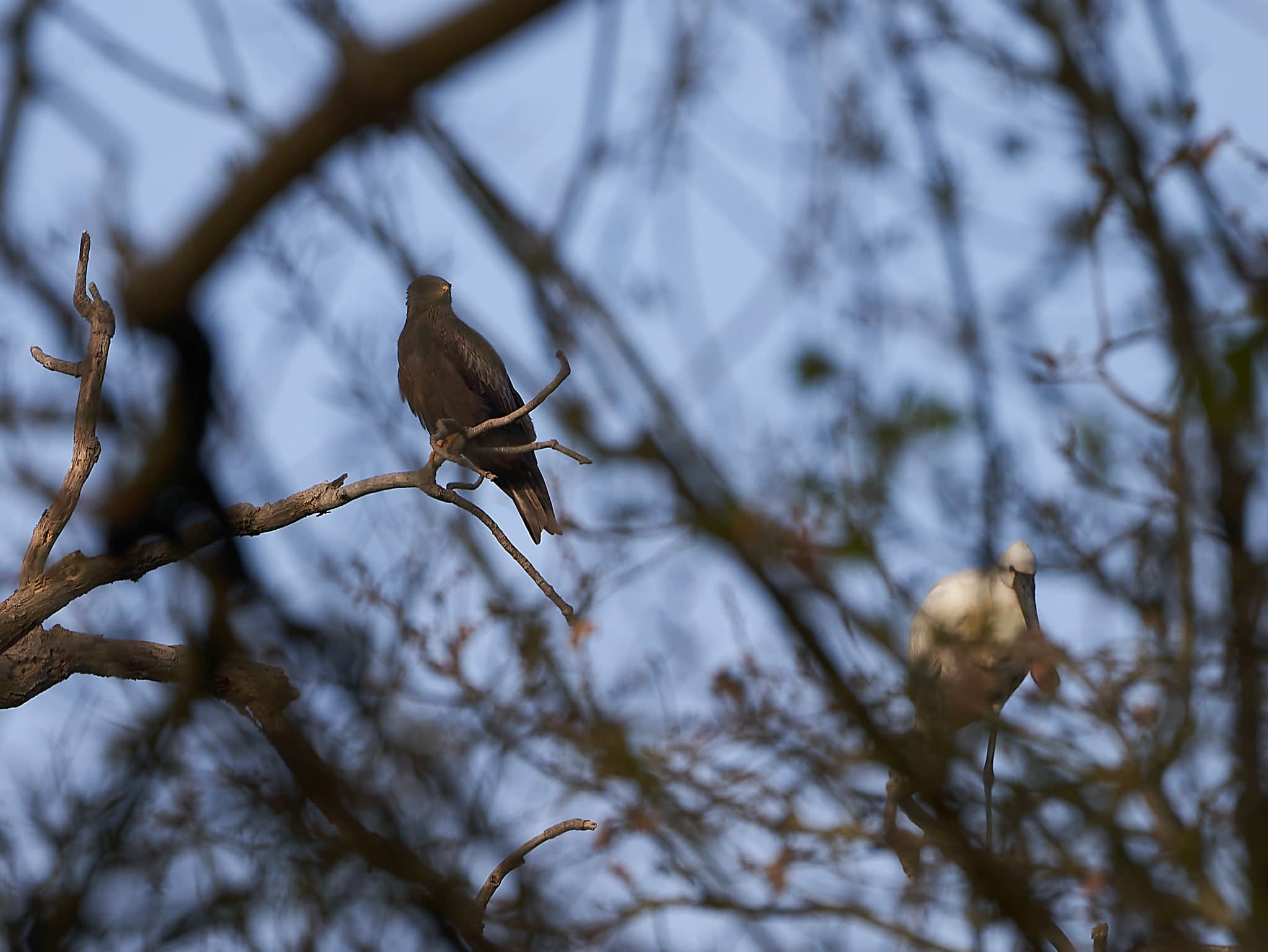 2 Responses to Tourism and Wildlife – incompatible?