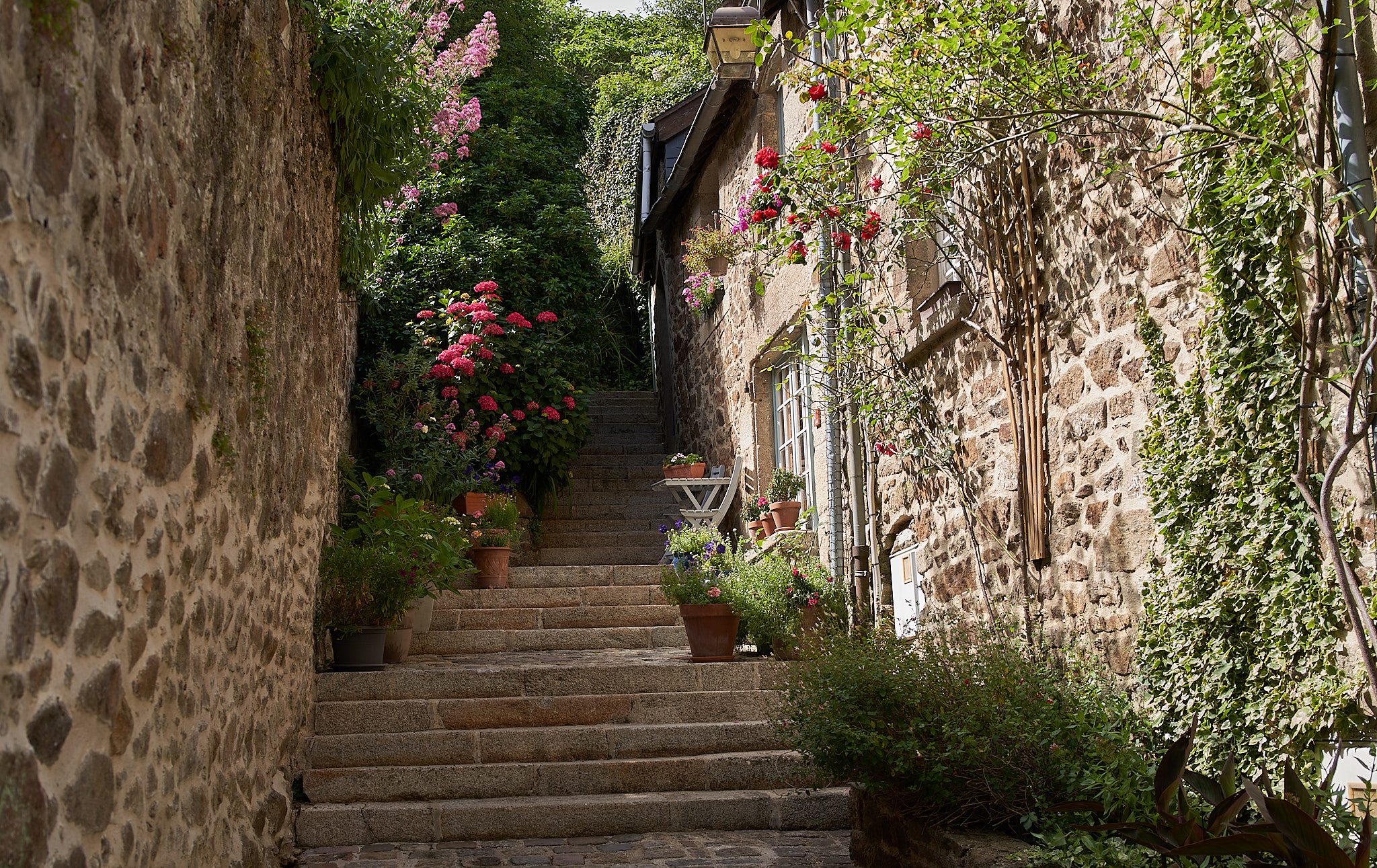 “As the sun goes down on the hottest day of the year so the swifts return. There are hundreds here in Dinan, Brittany, and everything about them is mysterious. The more I watch them the less I understand. Here comes a group of three now, close but not too close, following but not in line, they dash past the roofs and screech twice. I think one calls and another answers. They seem only to call when near a building. A second later they are way above the houses. Some of them are alone and some are in groups of 5 or more. I saw one flying way up alone. Suddenly it dived down and tagged another loner. It looked like play. Groups of three seem common, but what is their relationship?” (Alas, the pictures I took when I wrote this were not good enough, but I did get some good Swift pictures – see below.) 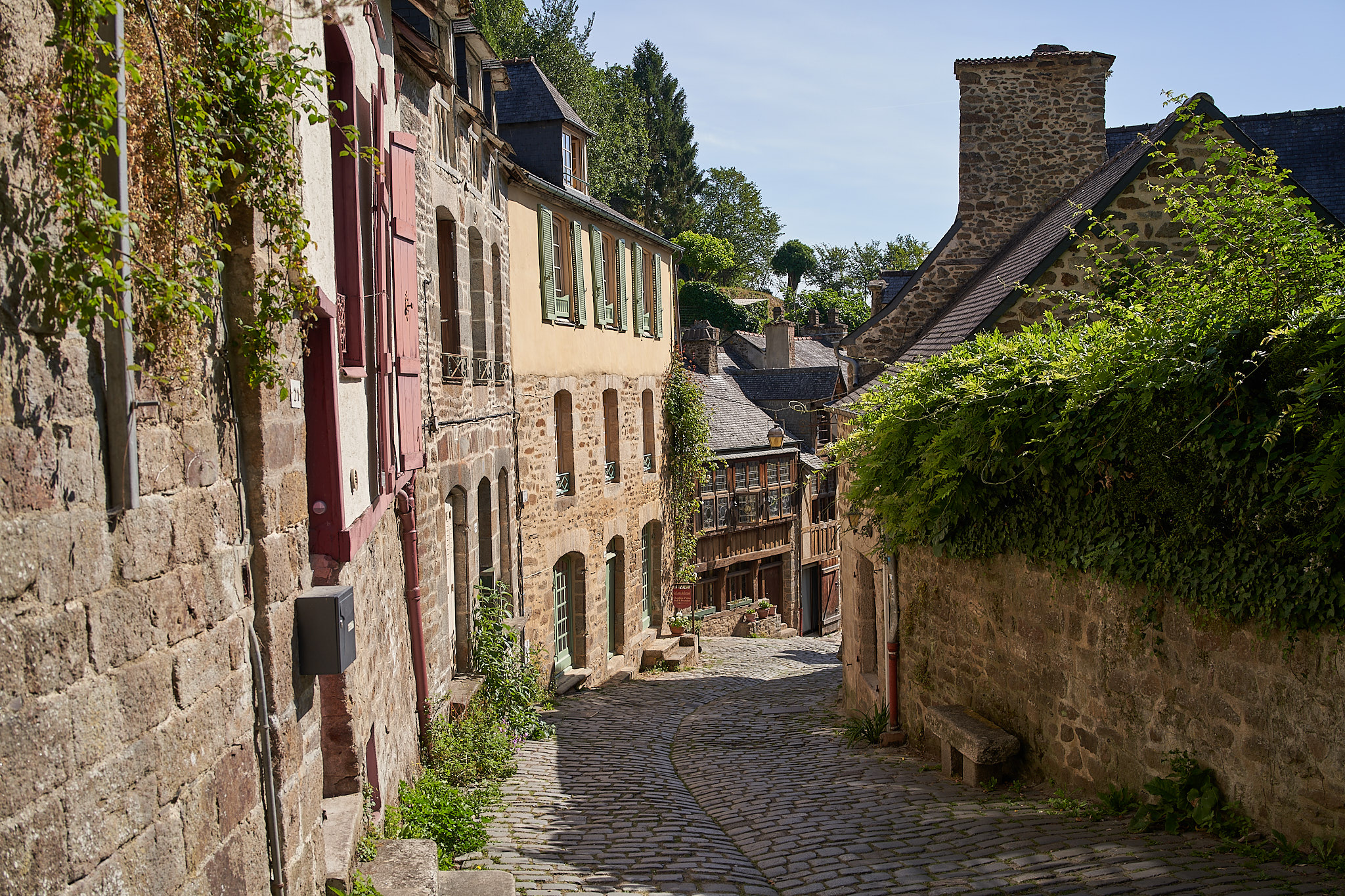 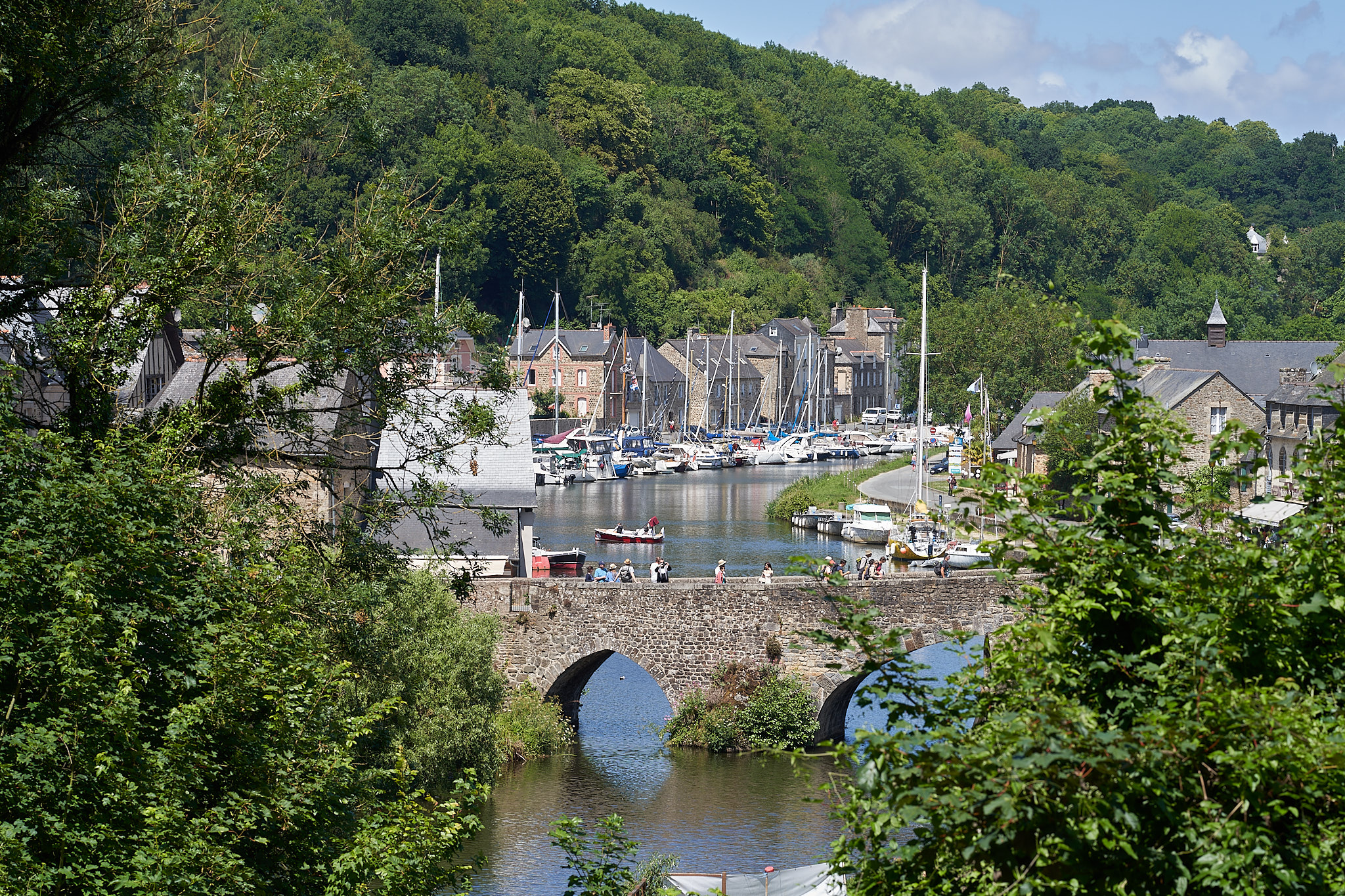 A few days ago we walked down the steep cobbled street which used to take all the traffic to and from the port on the river. It’s  very like Clovelly and seems a little unreal. We had lunch on the quayside at the port and the House Martins and Swifts were coming to drink. I just missed the classic shot of the scoop of water. 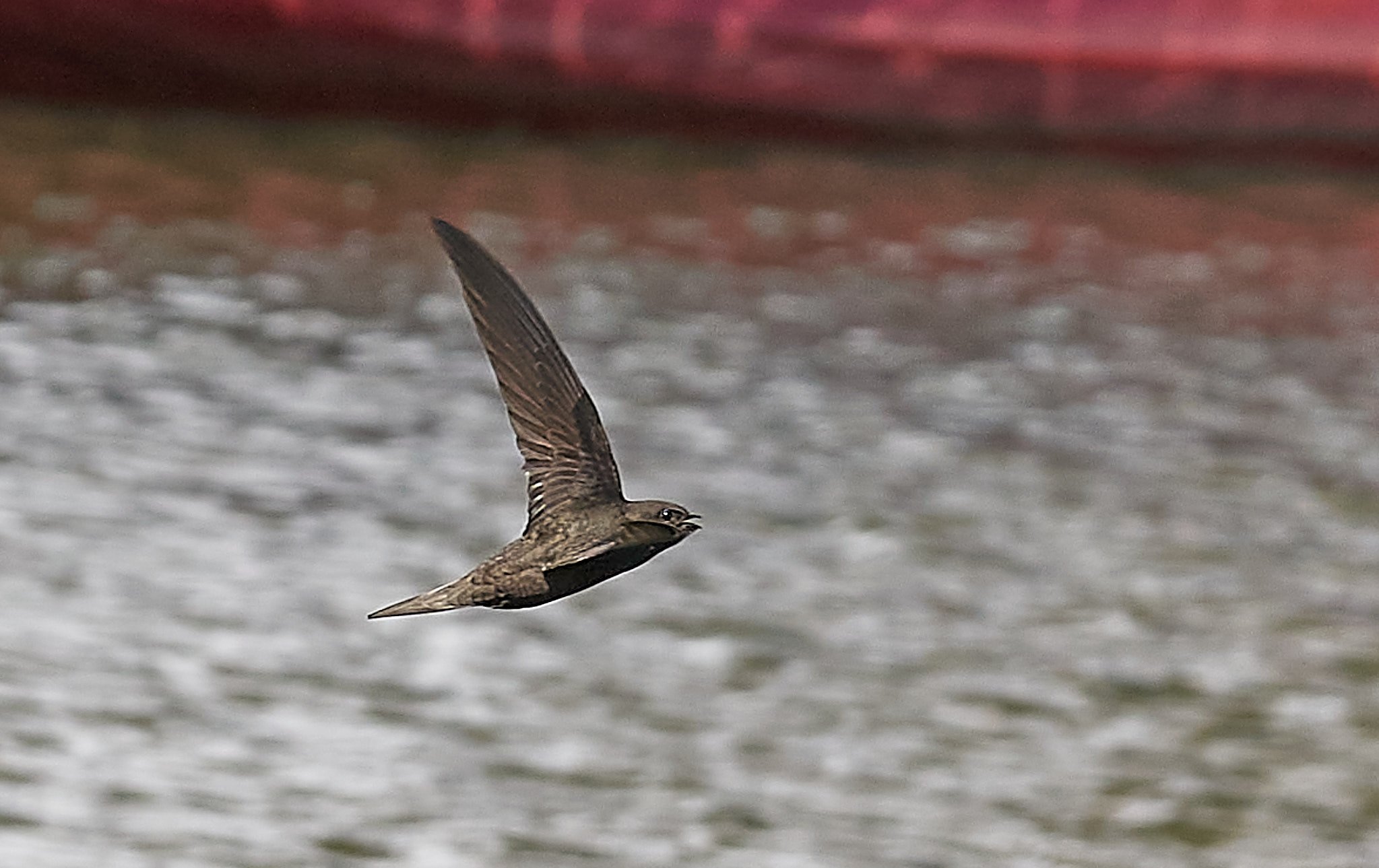 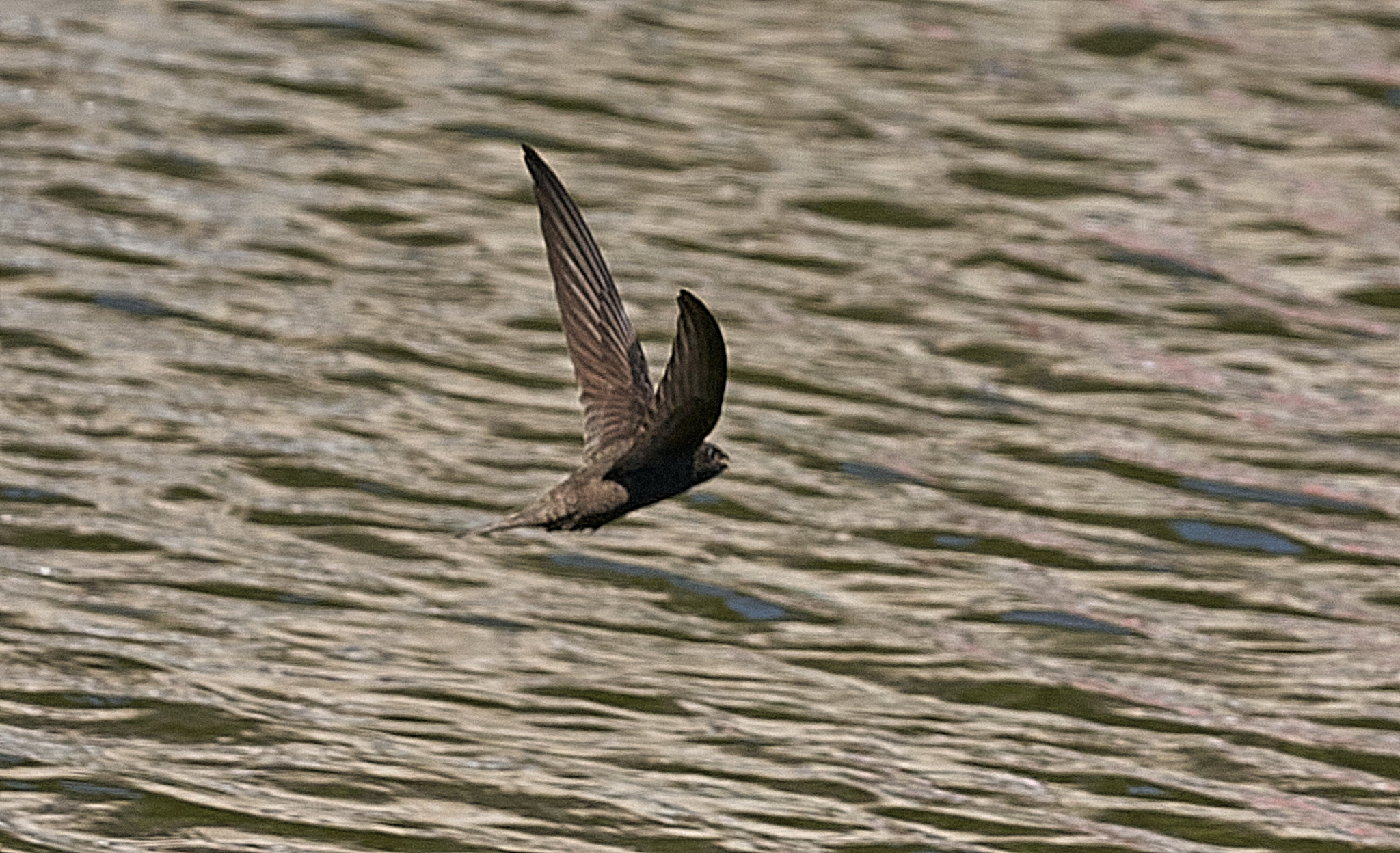 The next day I was up early and took the bike a few miles along the river north of the town to where I had spotted a Peregrine Falcon nest site. Naturally the bird I had seen a few days ago was nowhere in sight, but I set up the camera and waited. Nothing happened. Then it occurred to me that these birds often perch high up near the nest site watching. Sure enough there was one doing just that. 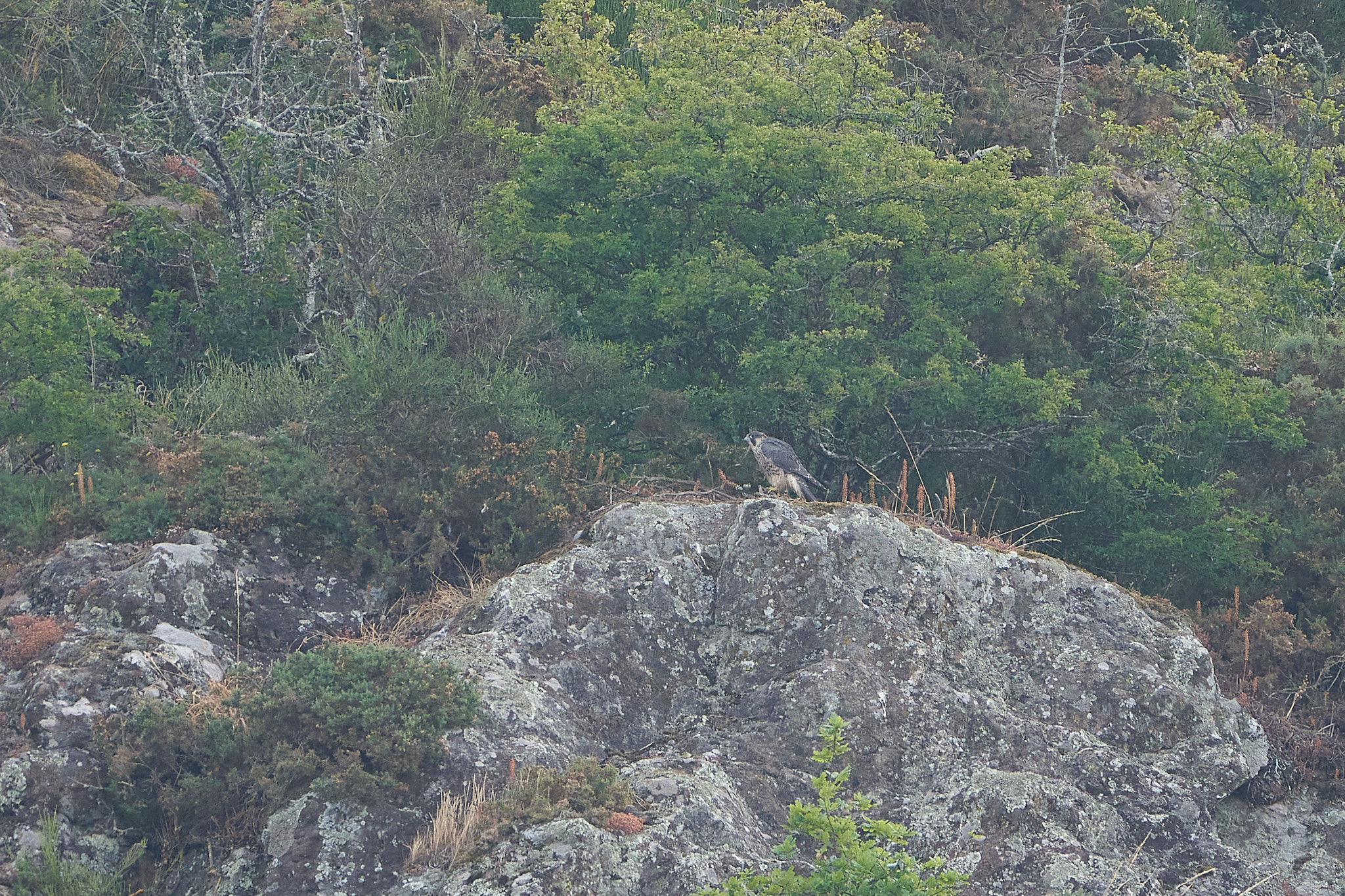 We watched each other. Then it disappeared, but I caught up with it flying out and back – must be a youngster. Then another appeared, and finally a third, and it was clear that this was the nest site and they were waiting for the adults to bring them some food. 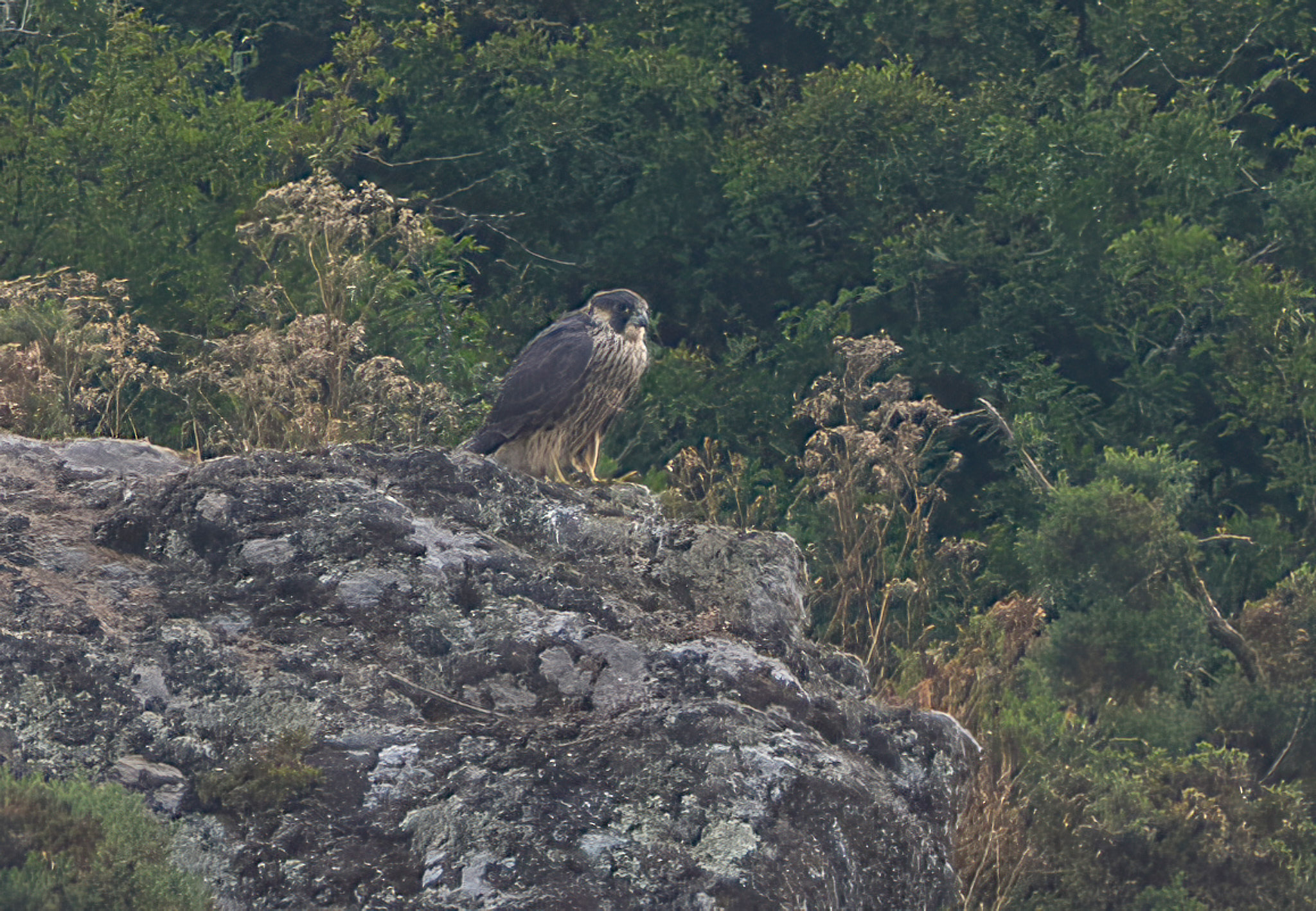 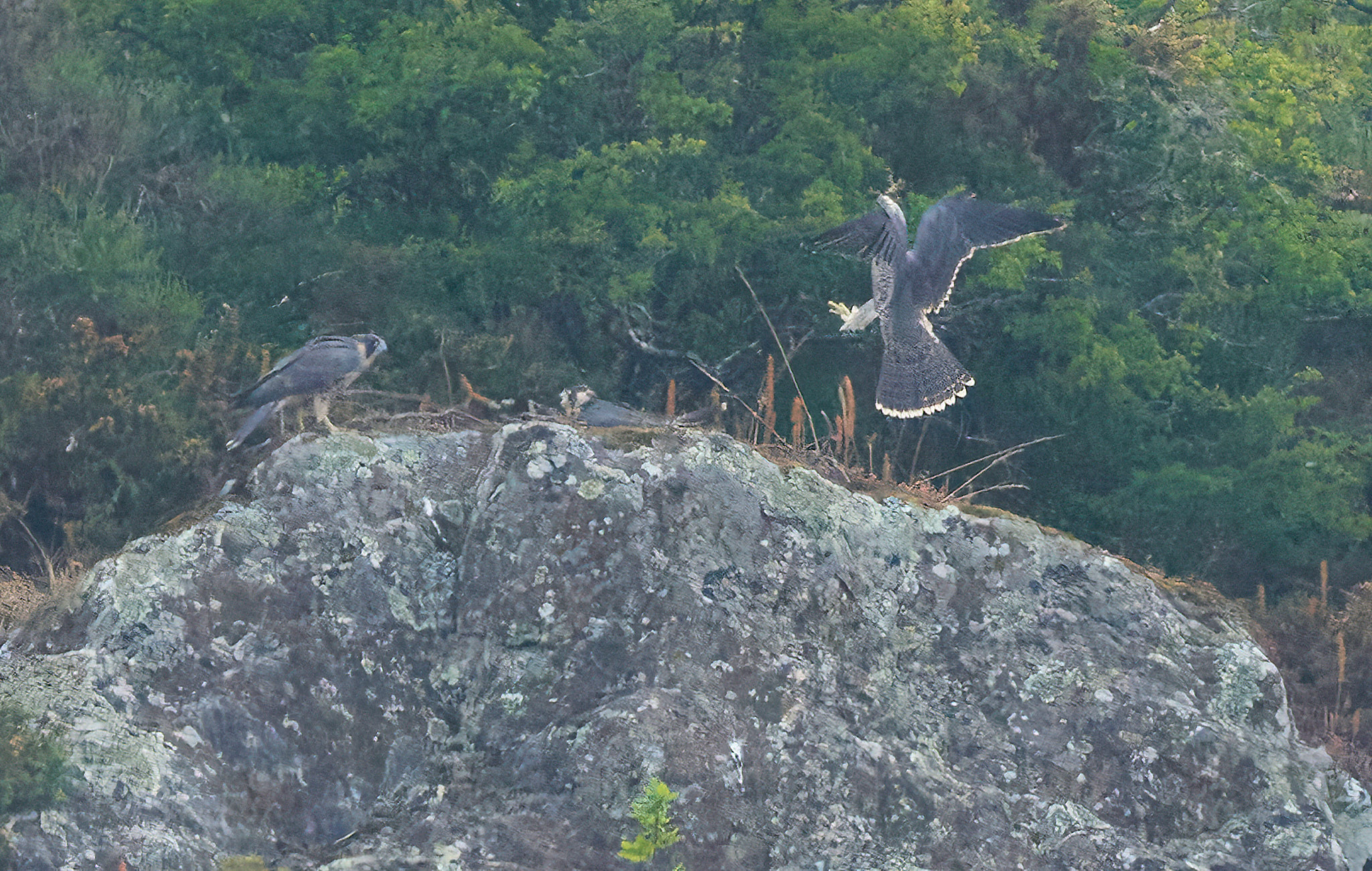 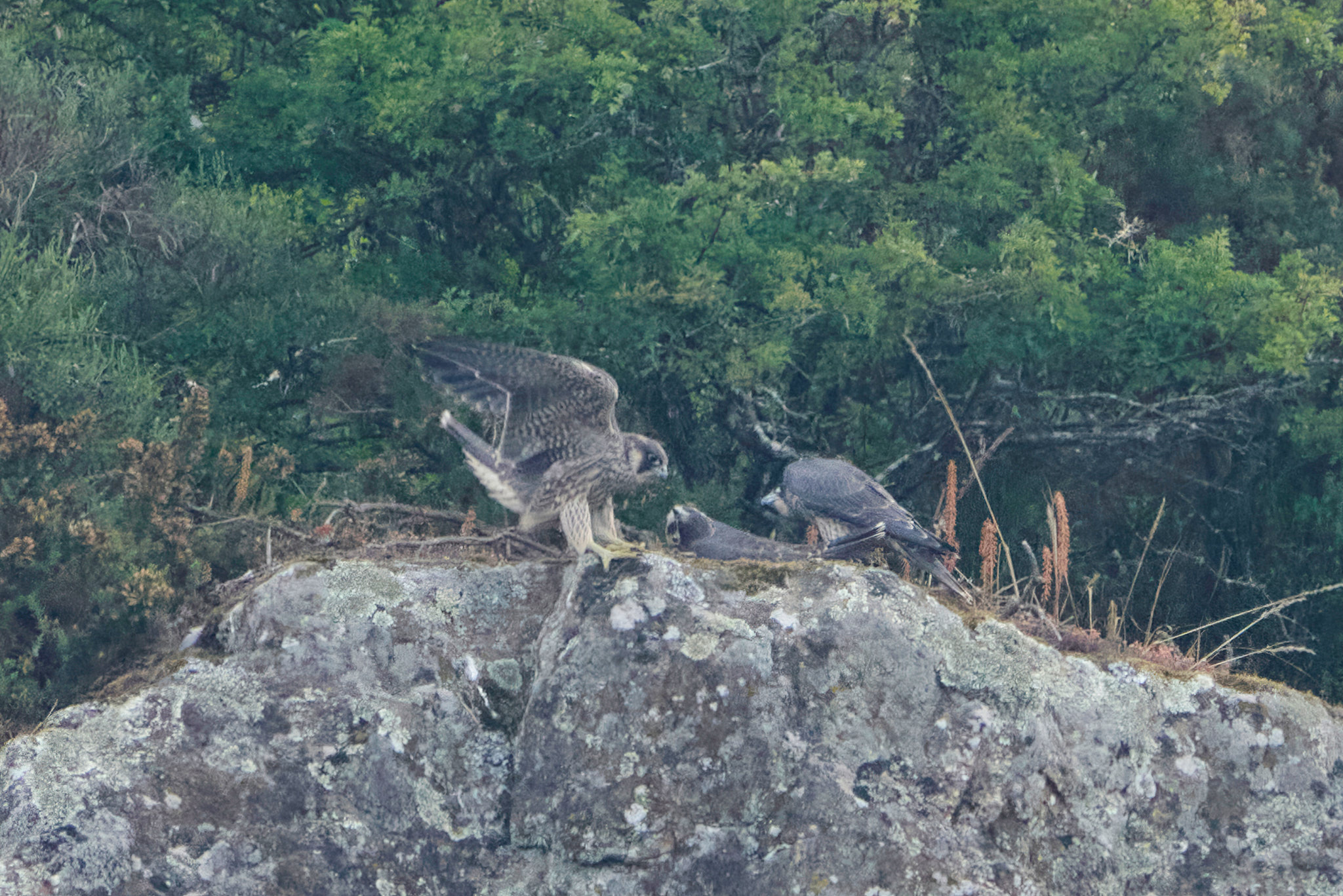 They were a long way off and I wasn’t sure they would stand up to editing, but I pedalled back a happy bunny.

Don’t you get tired of all those images of picturesque historic towns; the cobbled streets, the half-timbered houses, the ancient bridges over wide rivers? Too bad, here are a few more: 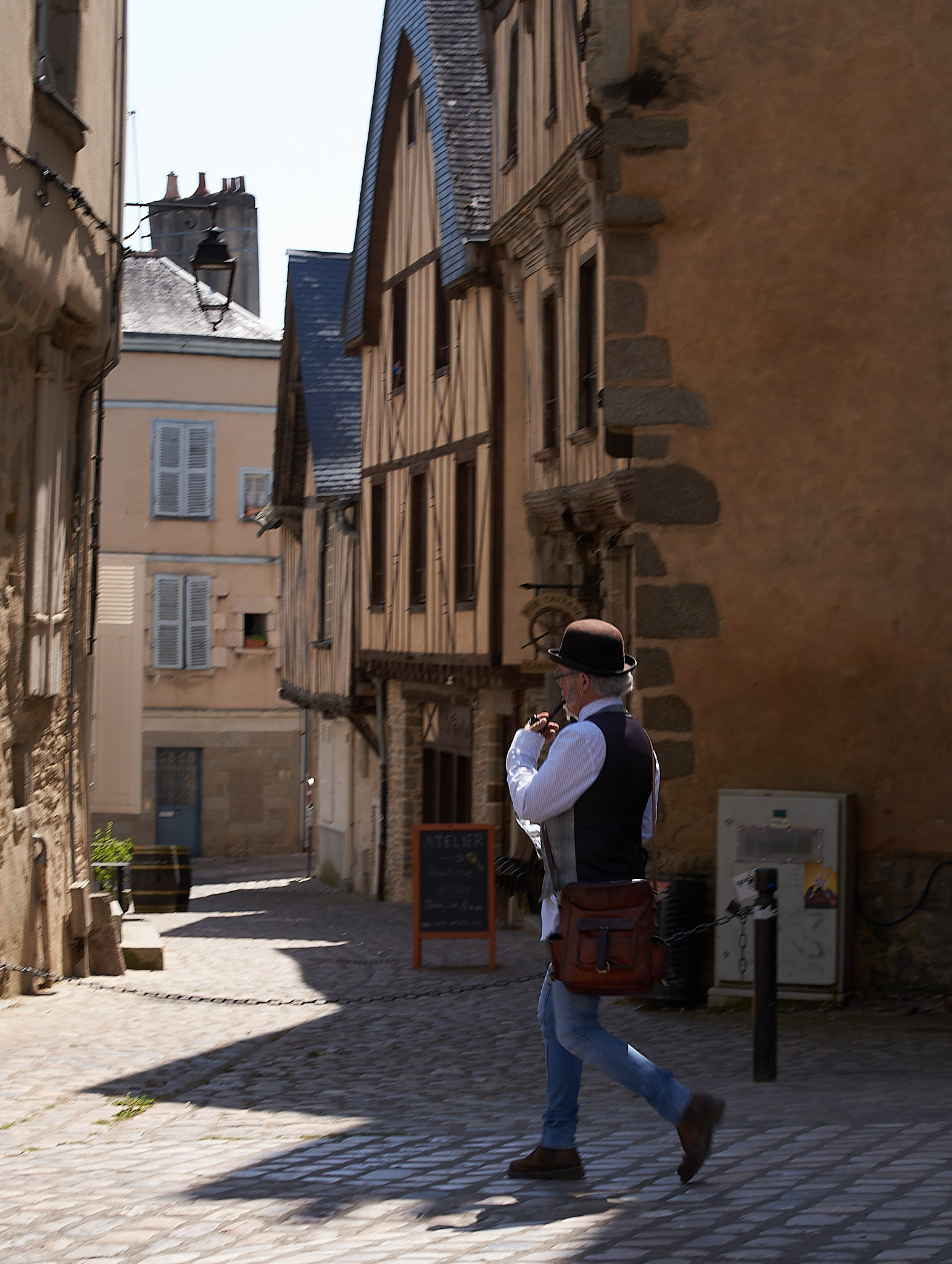 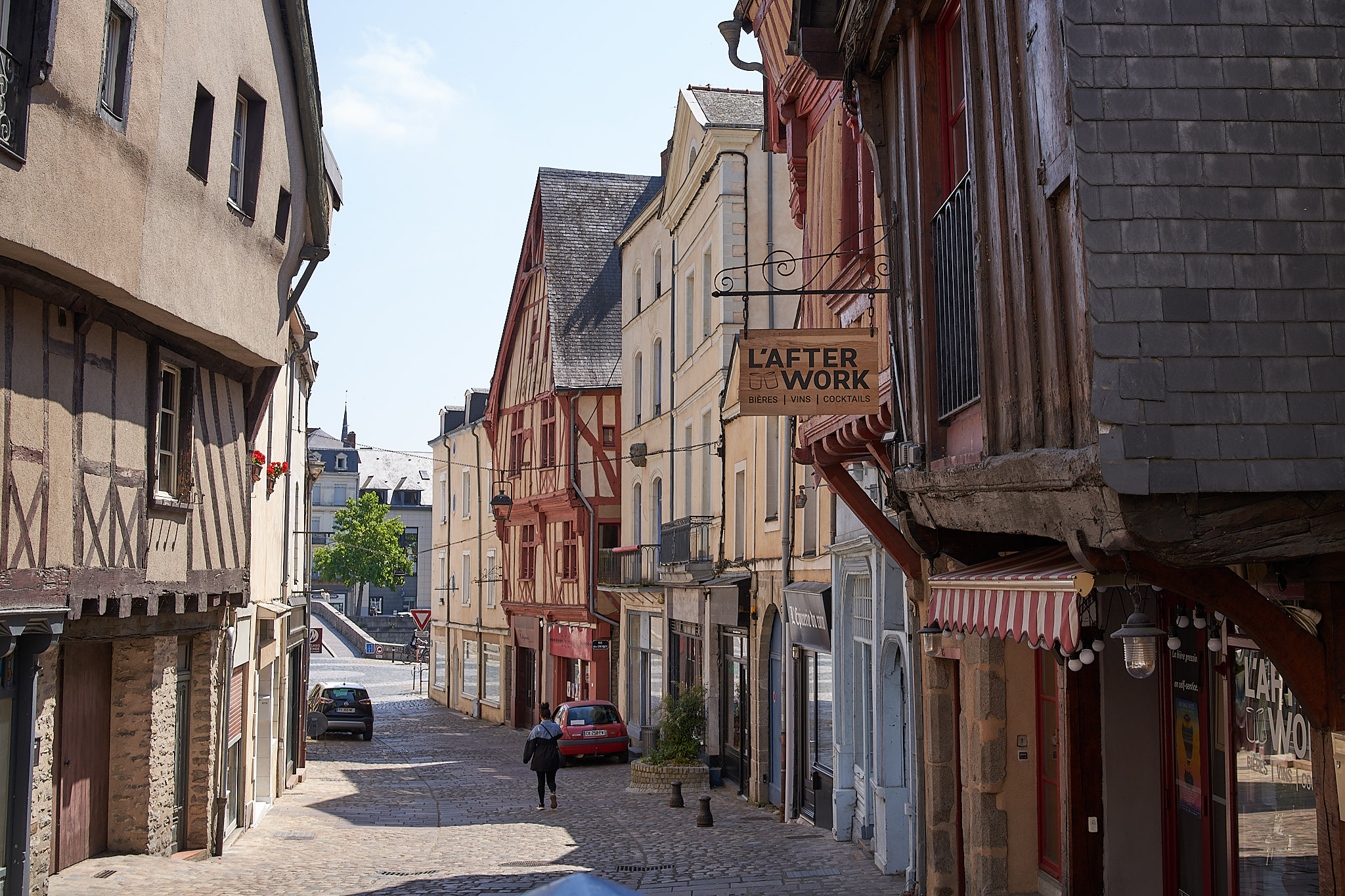 This time it’s Laval further east where we went to get some special paint, and work on my Franglais. The paint is for the annexe at La Bruyere, my daughter’s French base where Thelma and I are staying for the second week of our holiday.

Holiday pictures of course have to include memorable meals and museum visits. 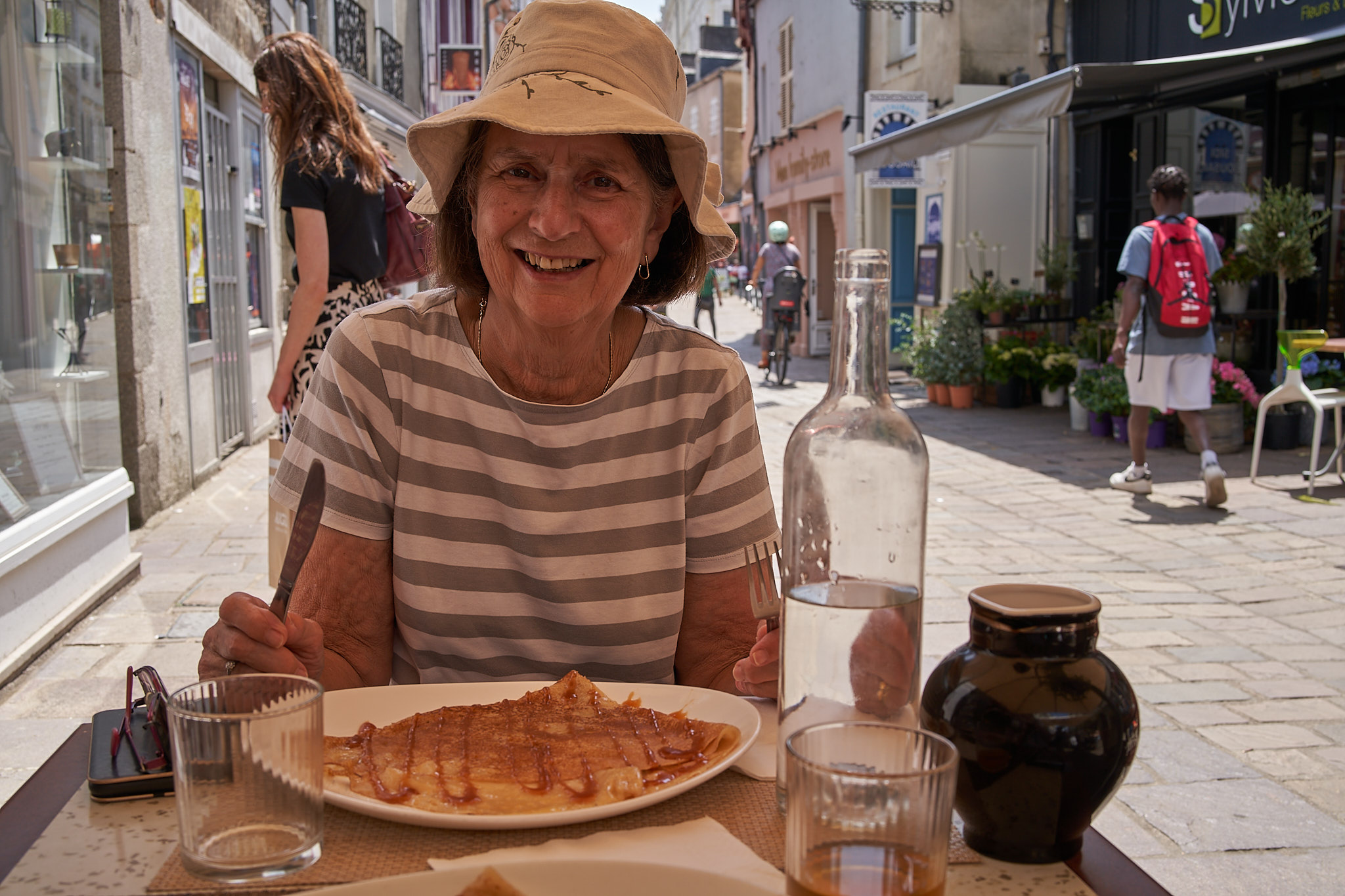 This was the second course of our lunch in Laval. To get to the museum in the castle we climbed up a specially landscaped path to an exhibition of naive art and origami. The artist of “Tourists at Easter Island” is Youdi des Aubrys, Chinese/Dutch/French woman with a wicked sense of humour. 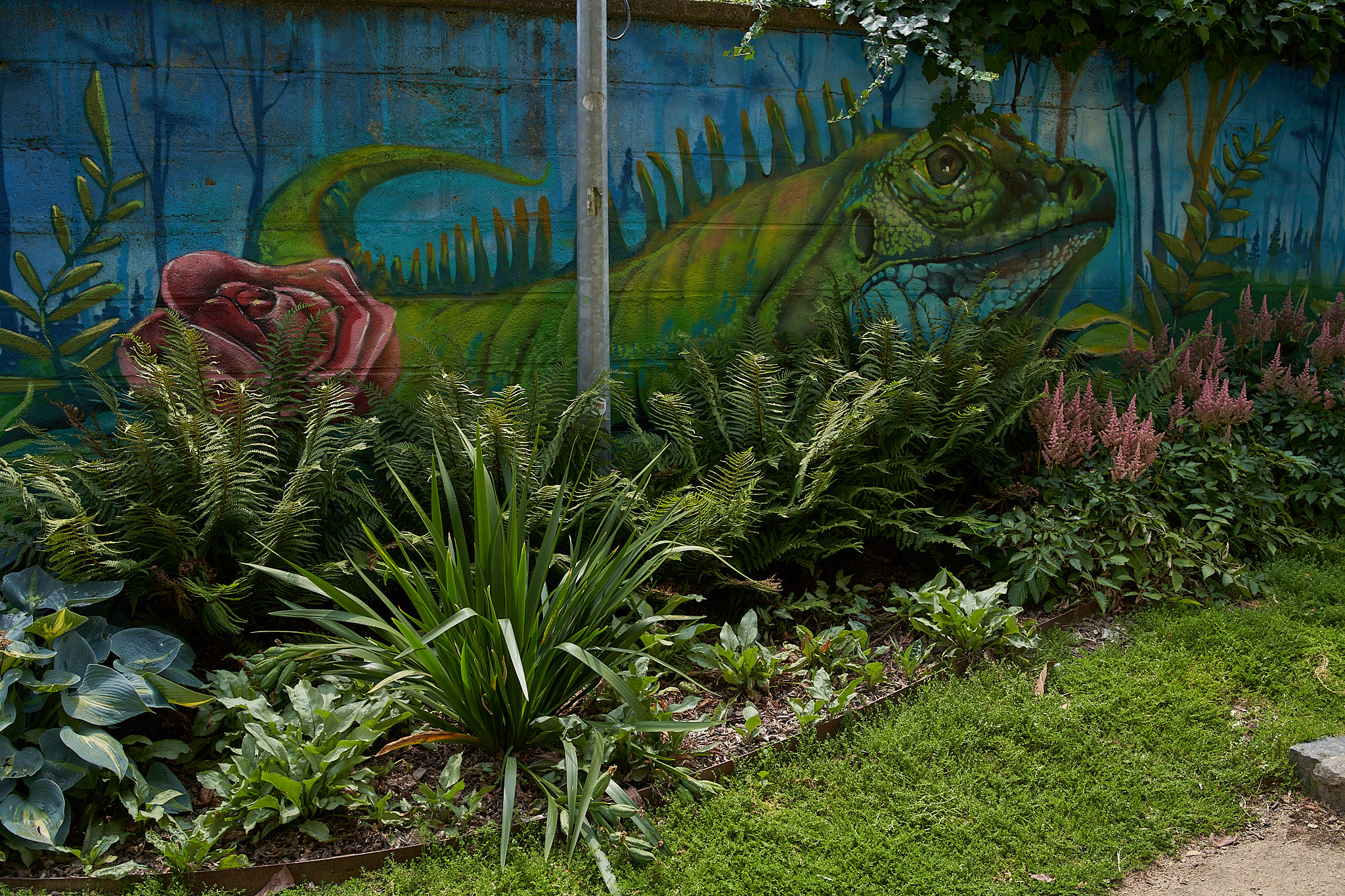 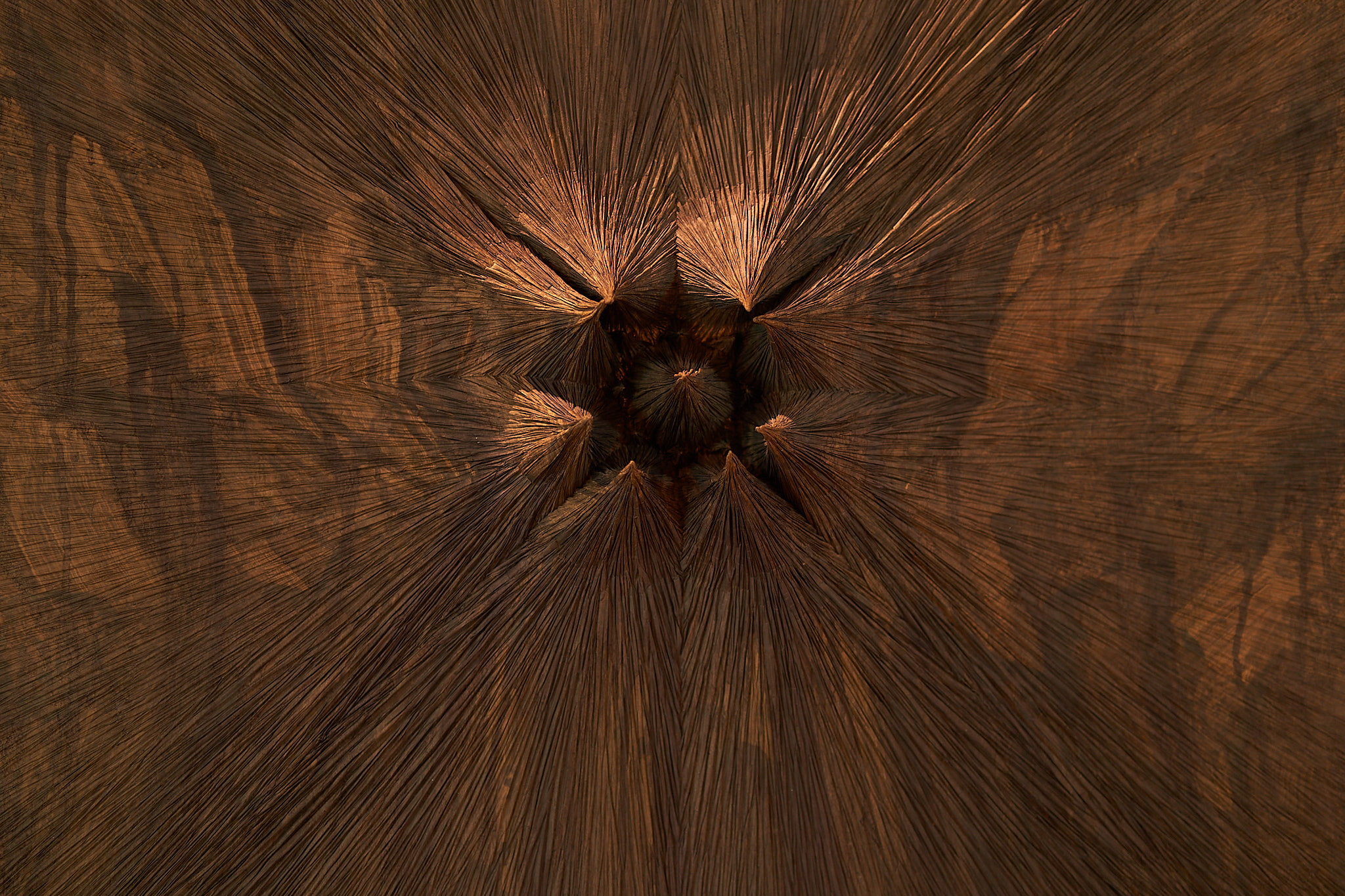 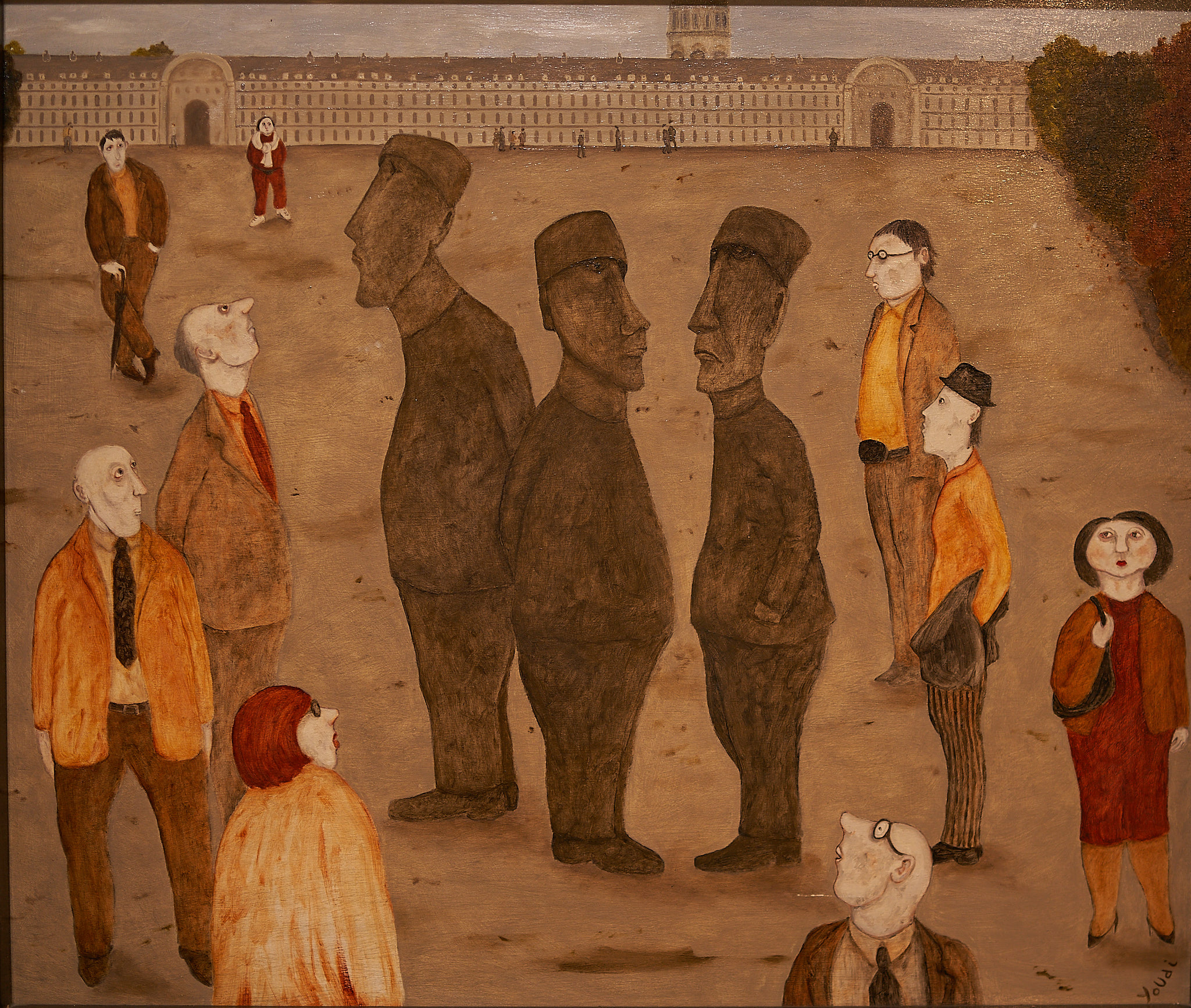 Now we are surrounded by trees and long grass and it’s full of insects: hundreds of Meadow Brown butterflies, some Peacocks and a few Commas, but the stars of the show are the Damselflies – the wonderfully named Beautiful Demoiselle, and this gorgeous gold-plated creature which I have yet to identify. 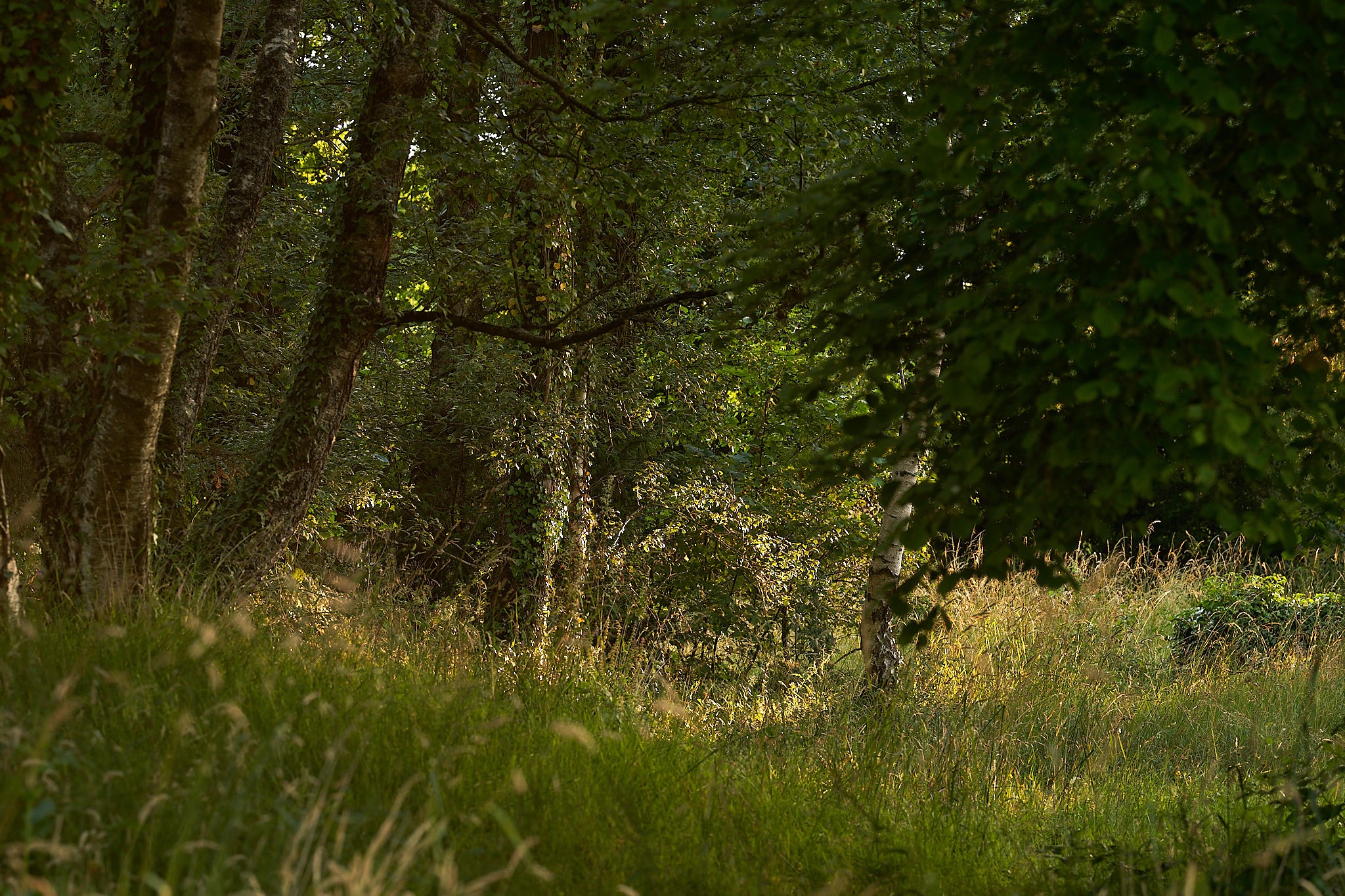 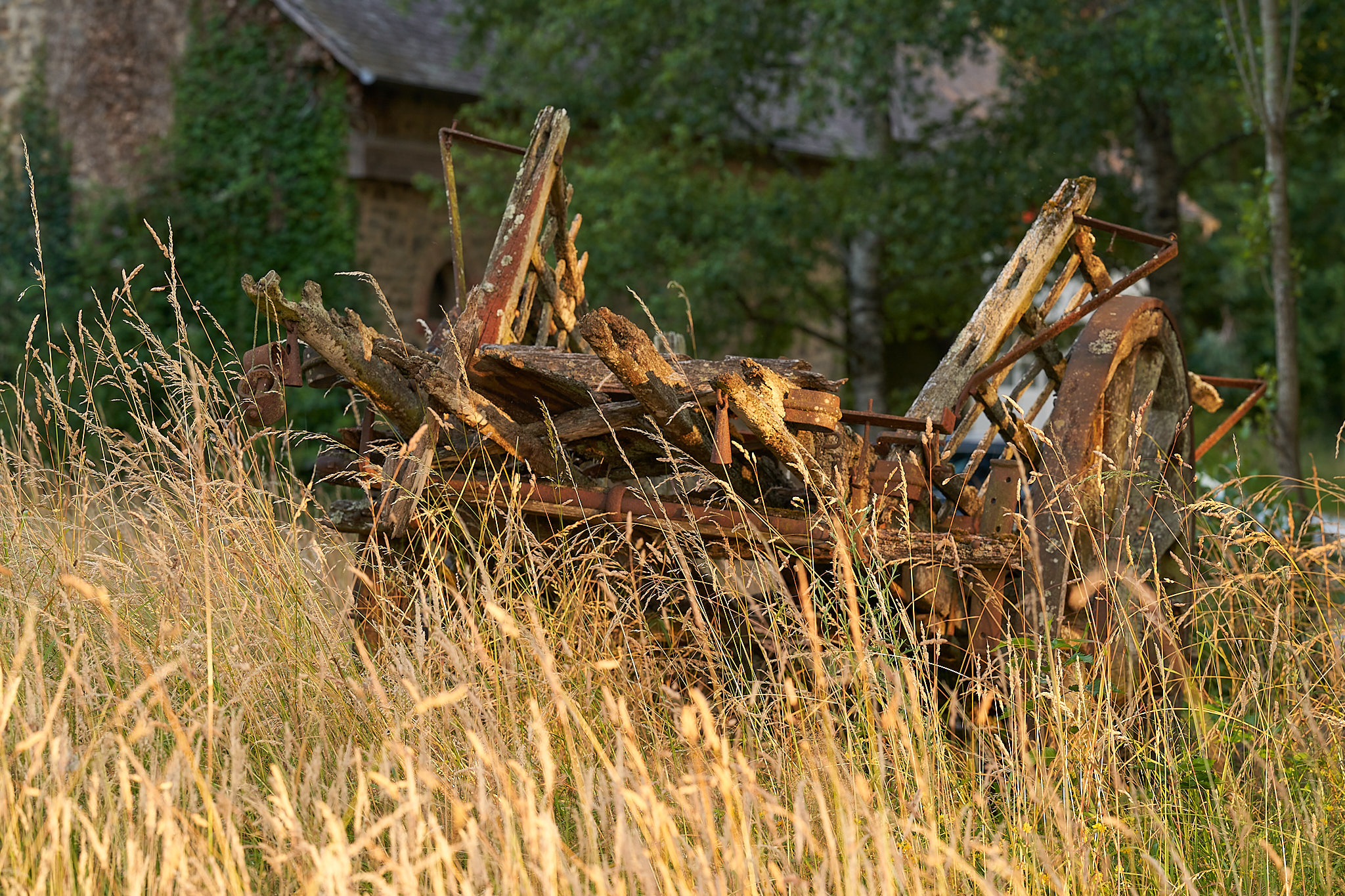 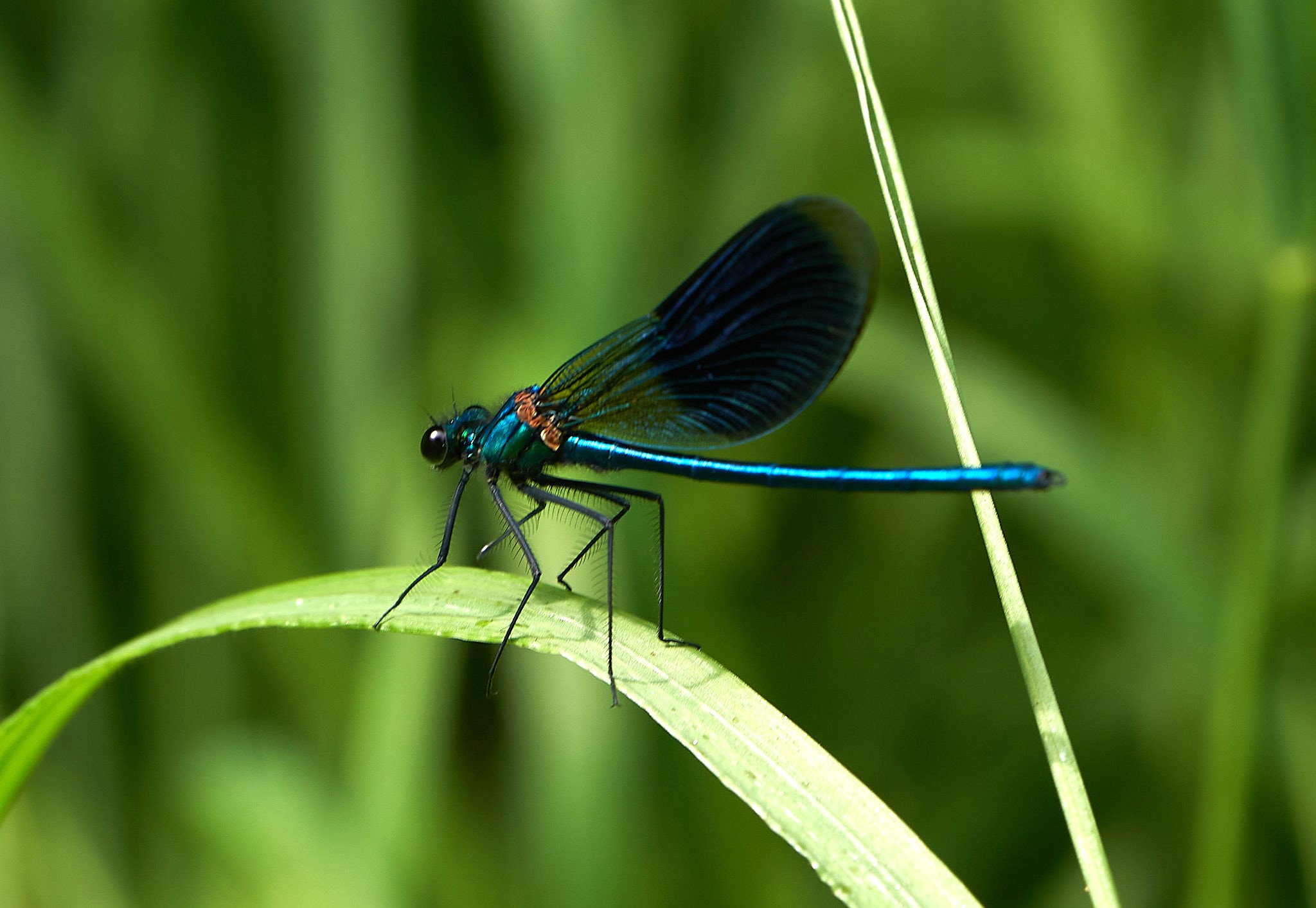 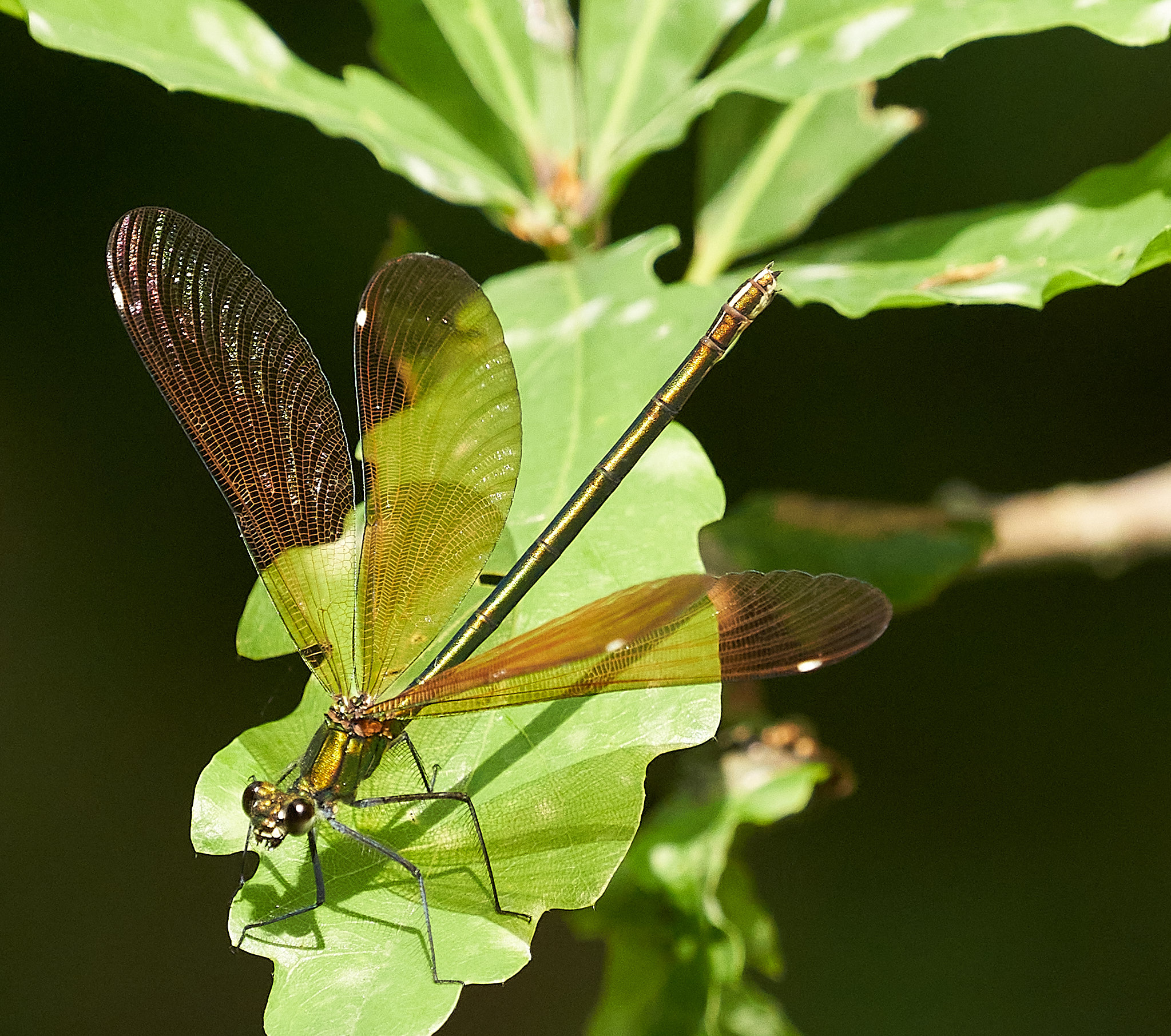 At least, they were the stars until this fabulous beast appeared. 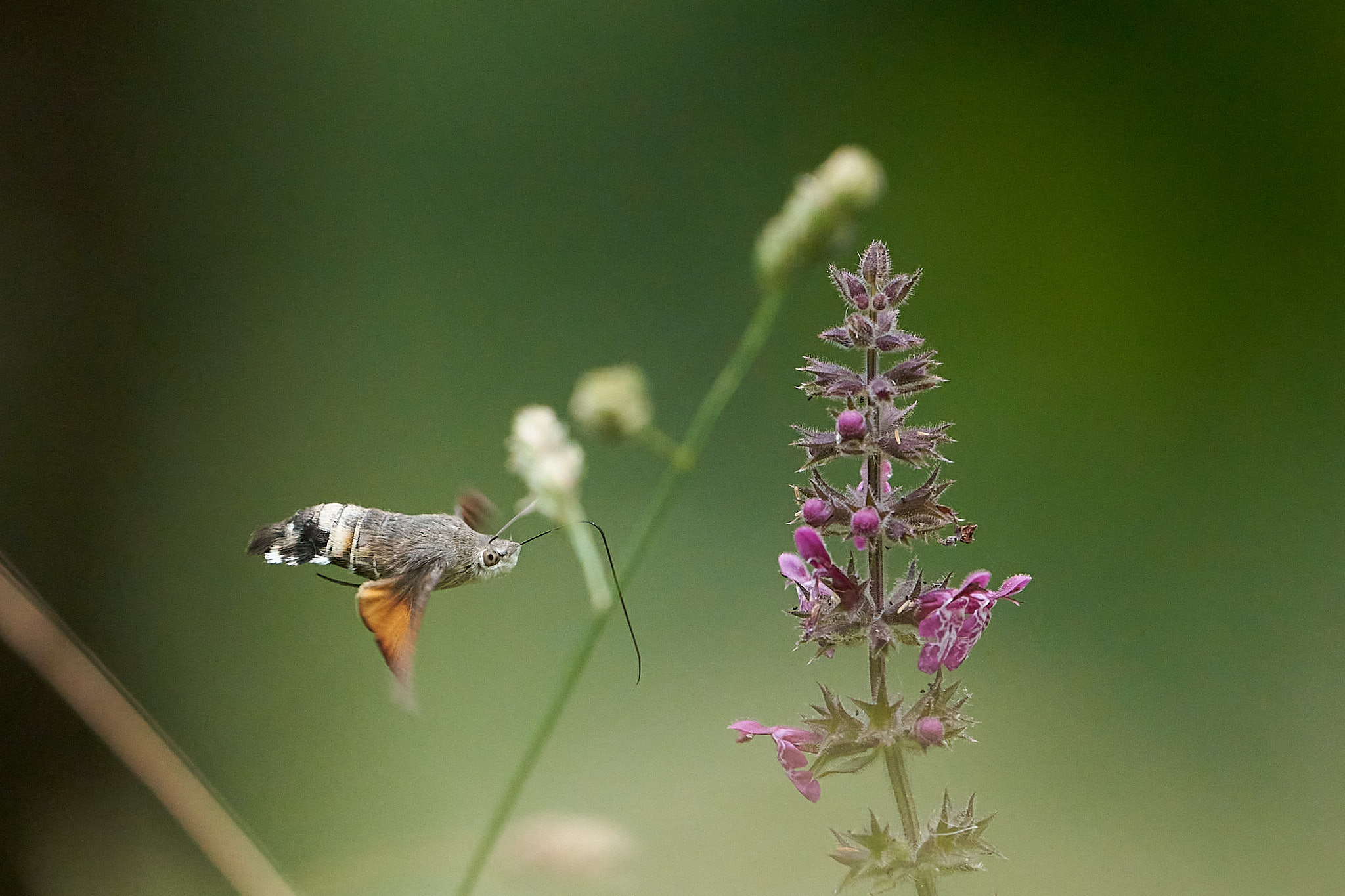 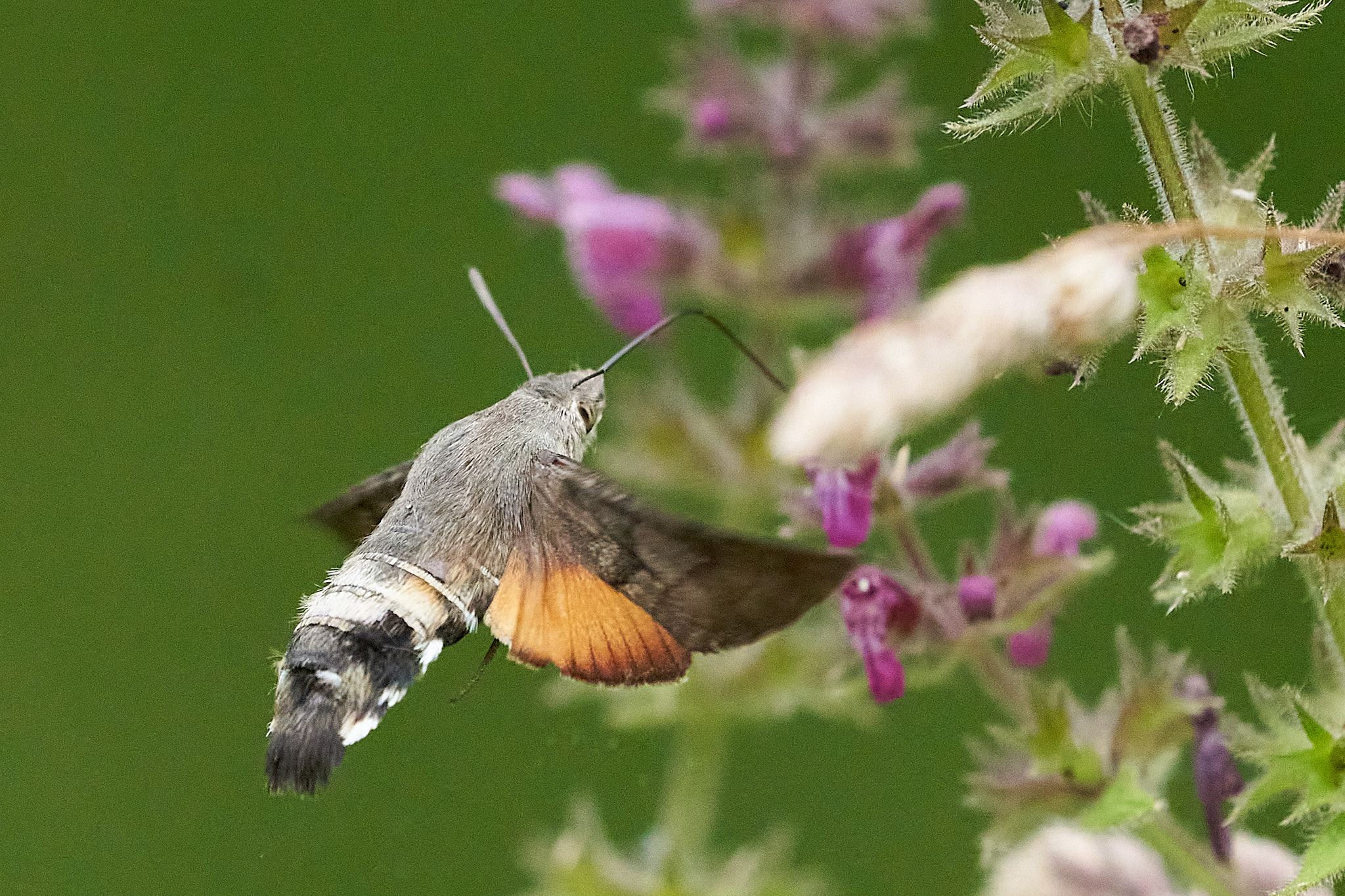 It’s a Hummingbird Hawk Moth which like its namesake hovers in front of flowers which other insects can’t reach and sips nectar with its extra-long proboscis. The wing movements are so fast that even 1/2500th of a second did not stop them.

This site uses Akismet to reduce spam. Learn how your comment data is processed.