For the first time yesterday, my volunteer day at Dinefwr deer park, Llandeilo, I was able to spend some time in the newly rebuilt Castle Woods Hide at the southern end of the park. The resident mallards and coots had been joined by the advance guard of the winter population of wigeon, still in eclipse plumage with little sign of the distinctive yellow stripe on the head of the males. 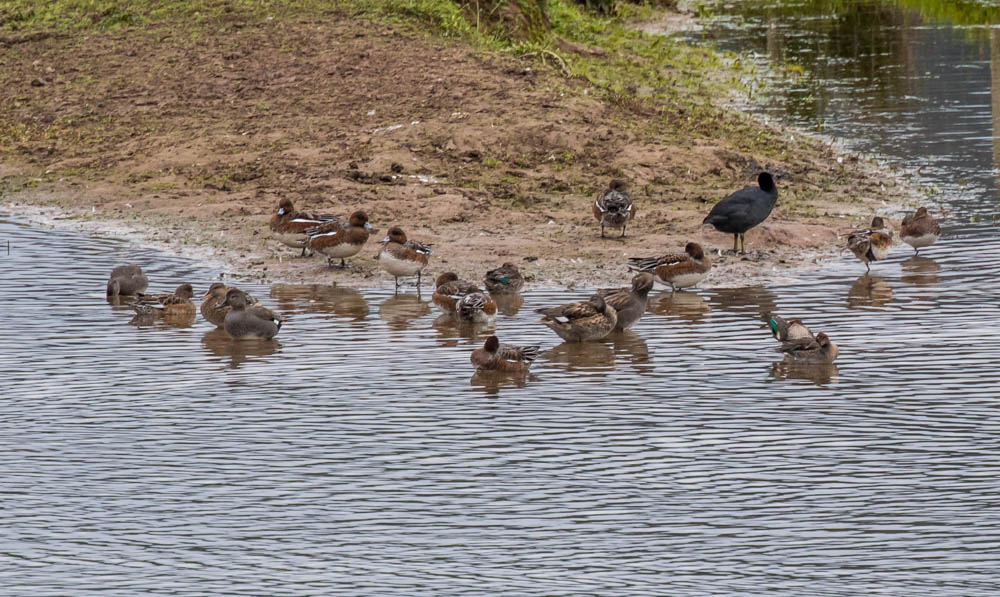 I was pleased to see the most recent immigrant to this area: a single Great White Egret, probably the same bird who was here most of last winter. Twenty years later than  the Little Egret, the GWE nested for the first time in Britain in 2012, and is now well established at estuaries in southern England and Wales. We now regularly see Spoonbills and expect to see Cattle Egrets very soon. In my lifetime Britain has been naturally colonised by Fulmars, Collared Doves, and these four members of the heron family. As with human colonisation, it’s all to do with resources – food and secure breeding sites, and no doubt climate change is playing its part in redistributing these.

He or she was stalking the shallow water at the far end of the first lake. Then I saw a heron flying towards it. There was a brief flurry and the much larger egret moved back. The heron landed and for the next twenty minutes the egret seemed to be following the heron. 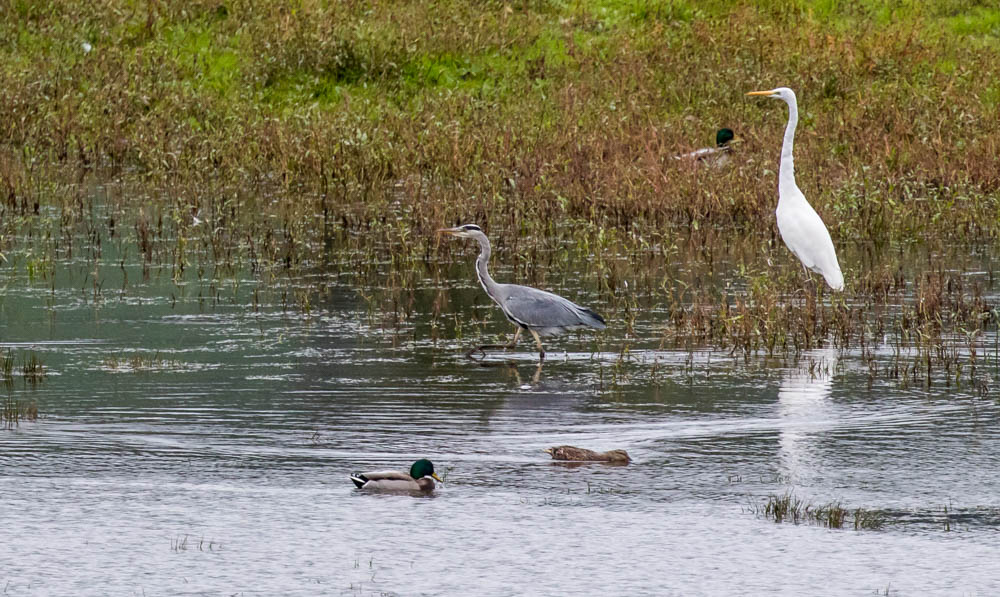 This could easily be a co-incidence, but I felt that the native heron knew this feeding ground better than the immigrant egret:  first being aggressive towards it, then more tolerant. Anthropomorphic? Probably, but interesting behaviour anyway. The same theme occurred to me later in my slow walk round the boundary. Moving very carefully I was able to spend a good 10 minutes observing and photographing this splendid very pale coloured buck; clearly a Dinefwr native.

Moving slowly along the southern fence I suddenly saw the fence being violently pulled to and fro. The aggressor was a large medium brown buck who was clashing antlers with another buck glimpsed between the trees on the other side of the fence. Both were beyond a slight rise so I had to move to get pictures. I had a few seconds before they took fright – just enough time to catch the “native”, 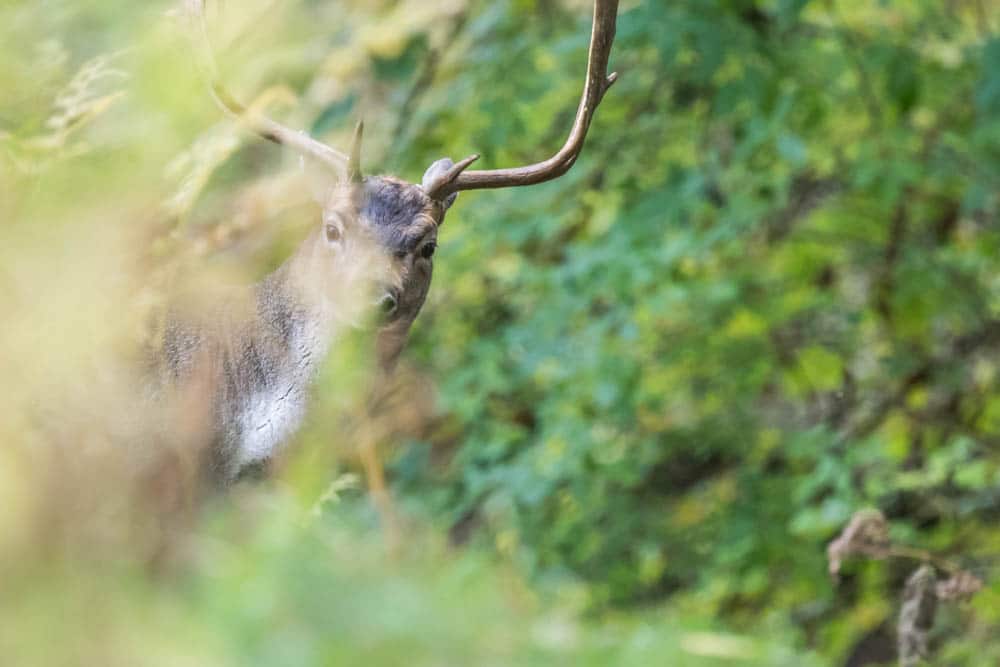 but I could not achieve focus on the intruder – one of the feral population of Fallow deer from the Cawdor estate, drawn to the park by the  surplus of females. Autofocus works by selecting contrasting edges, and here, in deep shade, there was no contrast. The intruder was all black!

4 Responses to Immigrants versus Natives