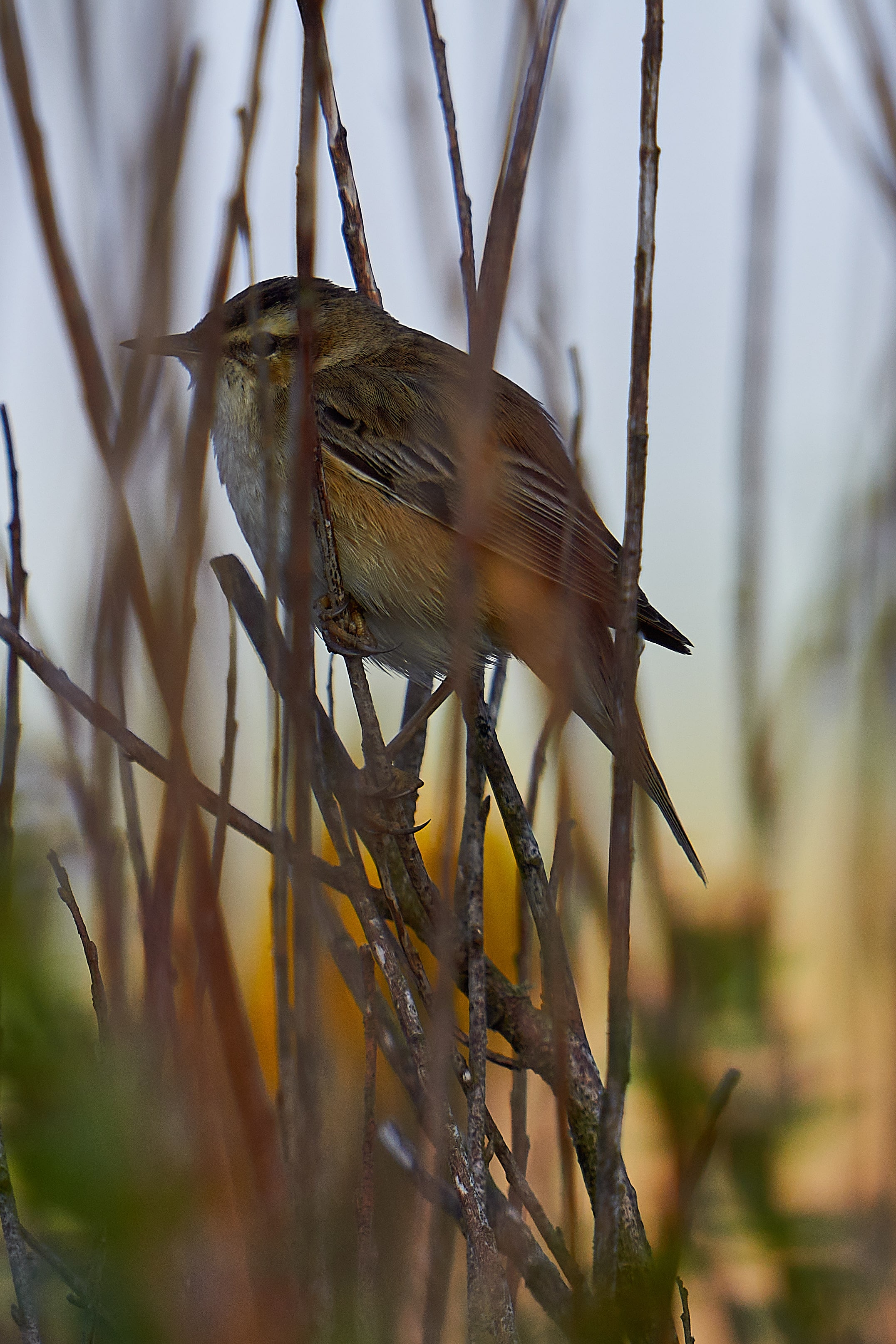 What we see in the natural world is constantly changing; colours, shapes, light intensity, light direction and the mood of the sky all offer a huge variety of backdrop for whatever is the subject of the picture. I’ve recently become fascinated by the difficult technique of focussing on a subject part hidden by foliage. In the early morning on the day after my trip round Skomer Island I carried the big lens and monopod up to the headland at Martins Haven. It was calm and sunny; the cliffs on the South side a lovely pale grey-green with lichen. I settled in to do some sea watching. 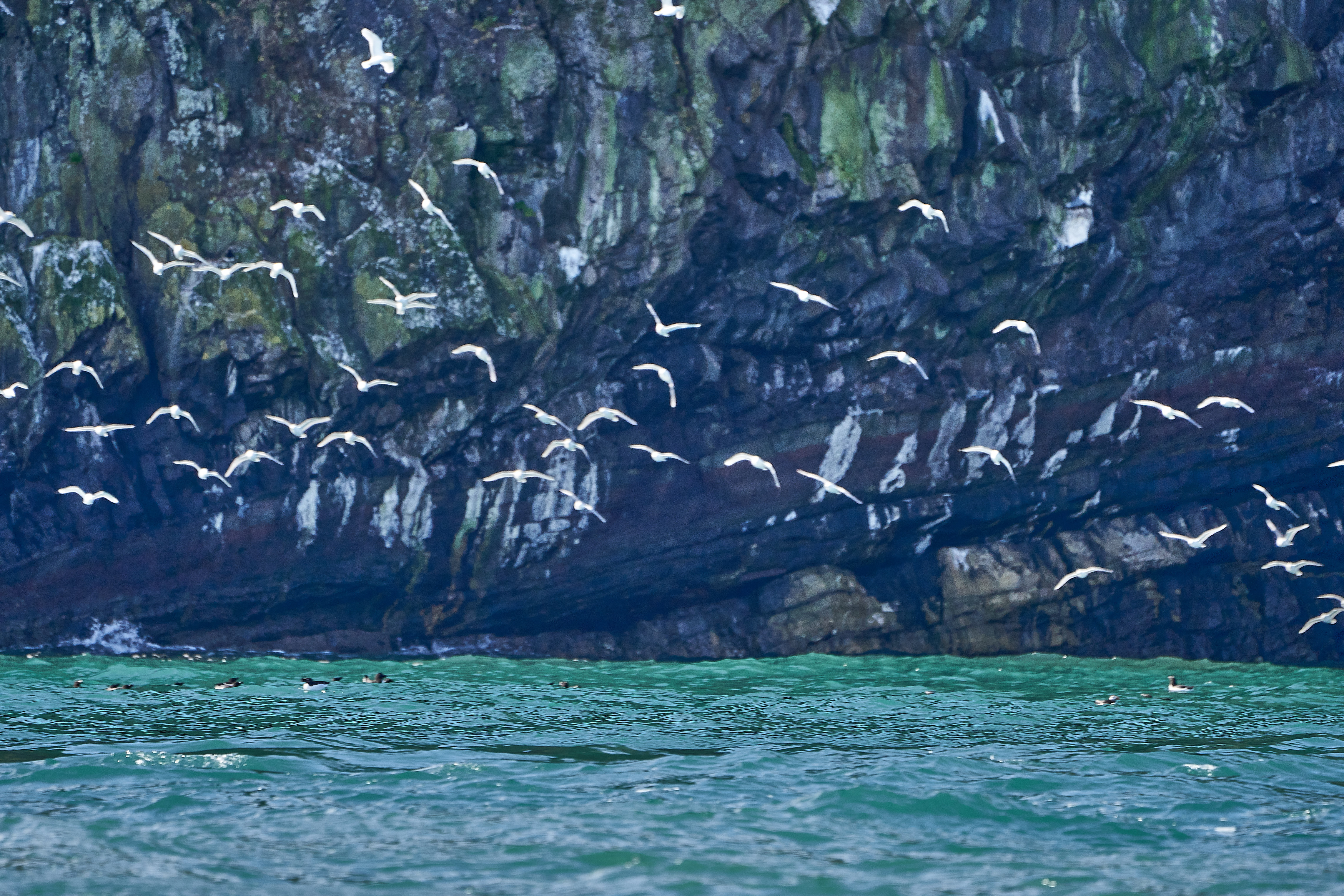 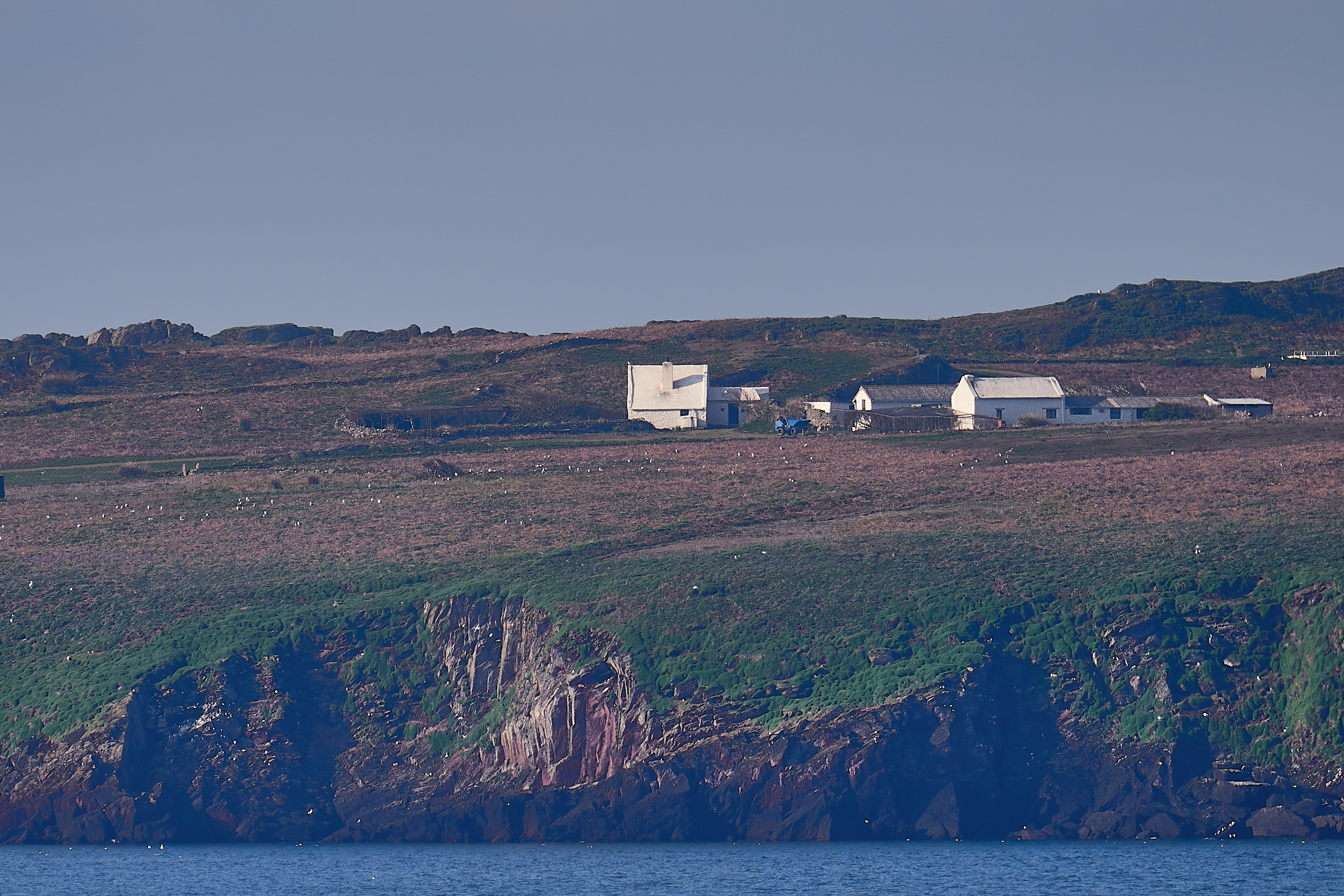 Opposite, on Skomer, was a big colony of Kittiwakes and 2.5 miles away to the South, I could easily spot the house on Skokholm where I had stayed in 2016 and again in 2018 -it’s the tall one on the left. The booking for 2022 opens for Wildlife Trusts members in September. I’ll be there! As I sat watching the sea I noticed that the tide race was particularly strong, and thought how strange and how restful it was to watch the sea flowing like a river. 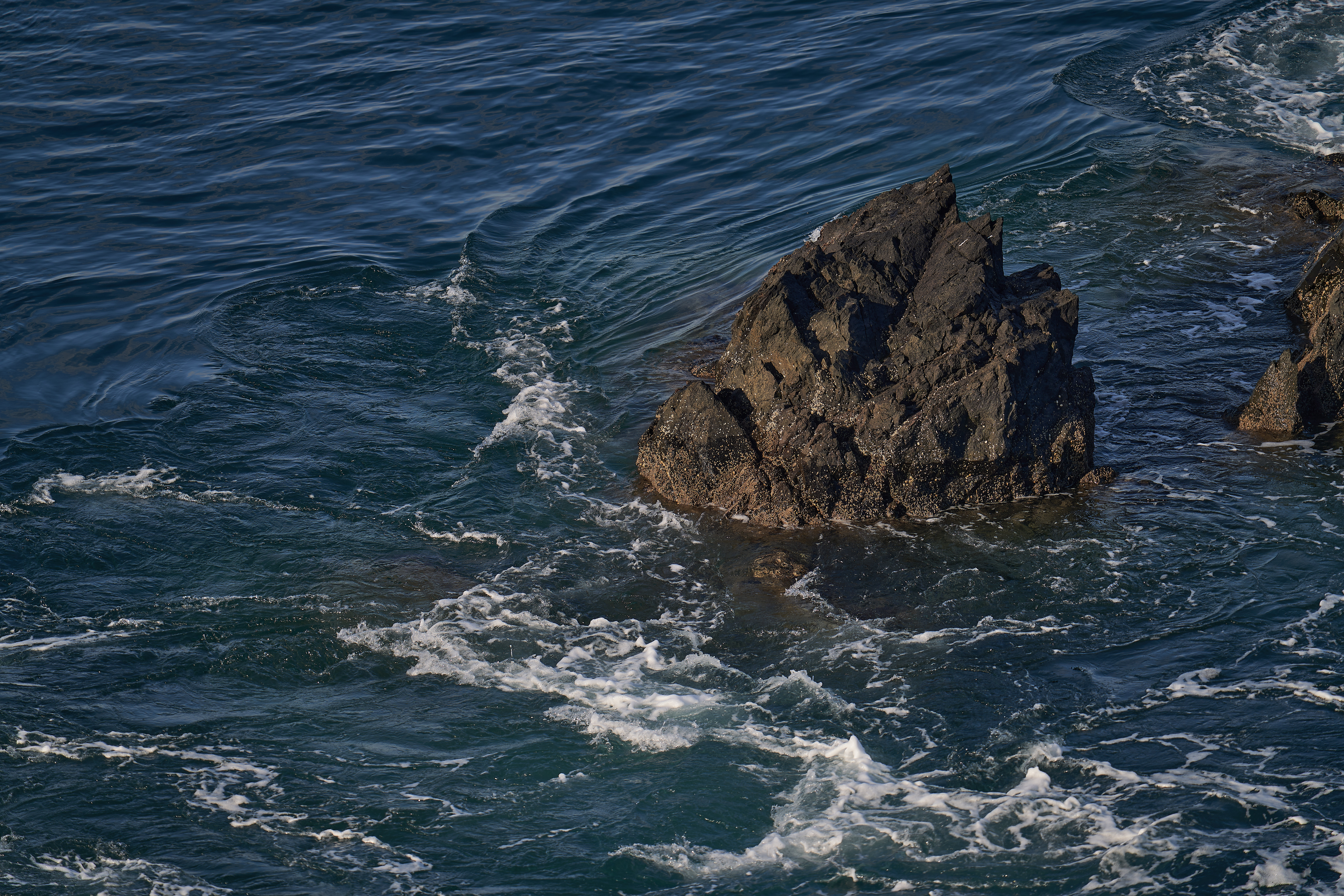 I am still exploring the capabilities of f my big Sony 400mm f2.8 lens.  It can focus down to 2.7 metres which, combined with a wide aperture produced some interesting effects at the cliff edge. 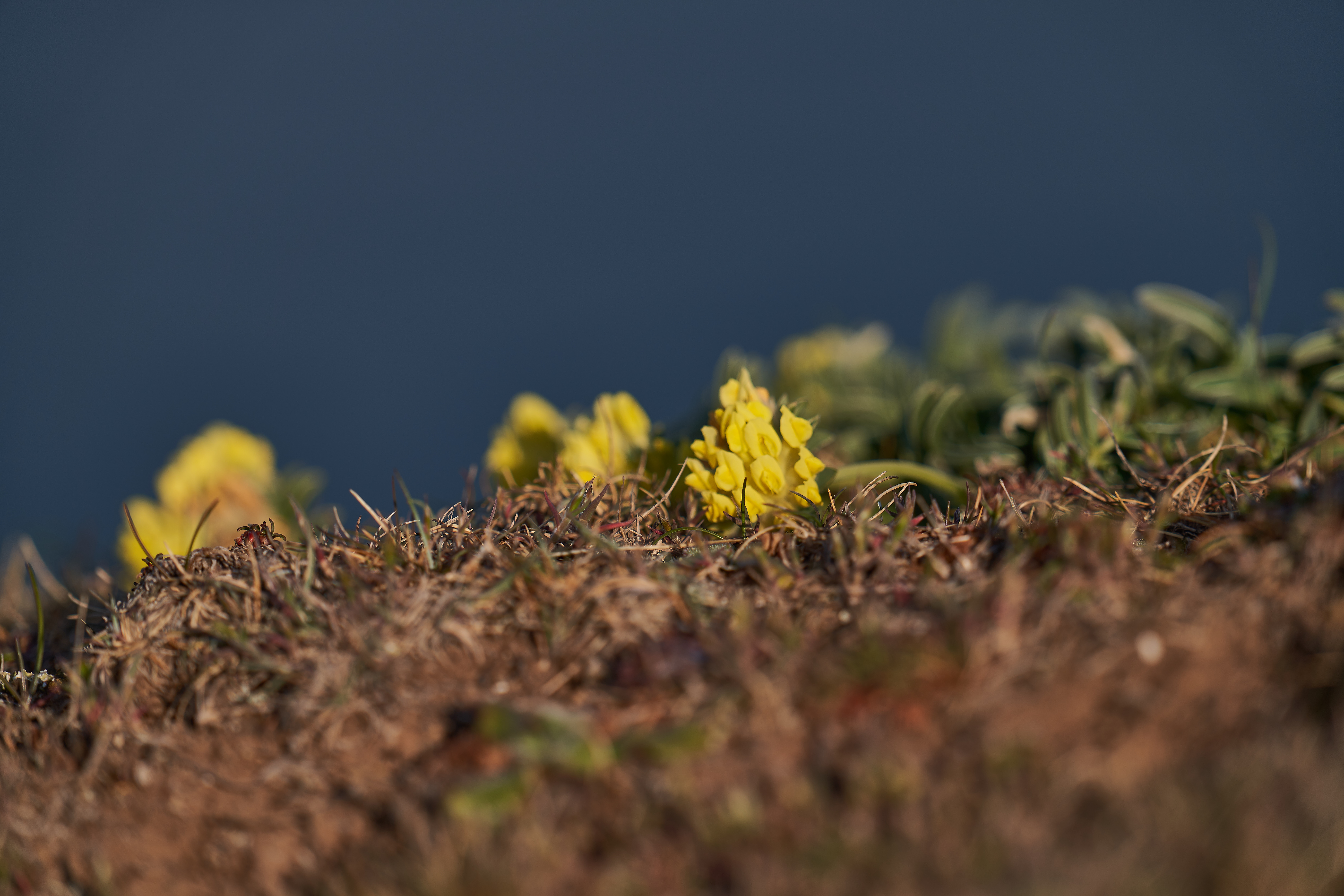 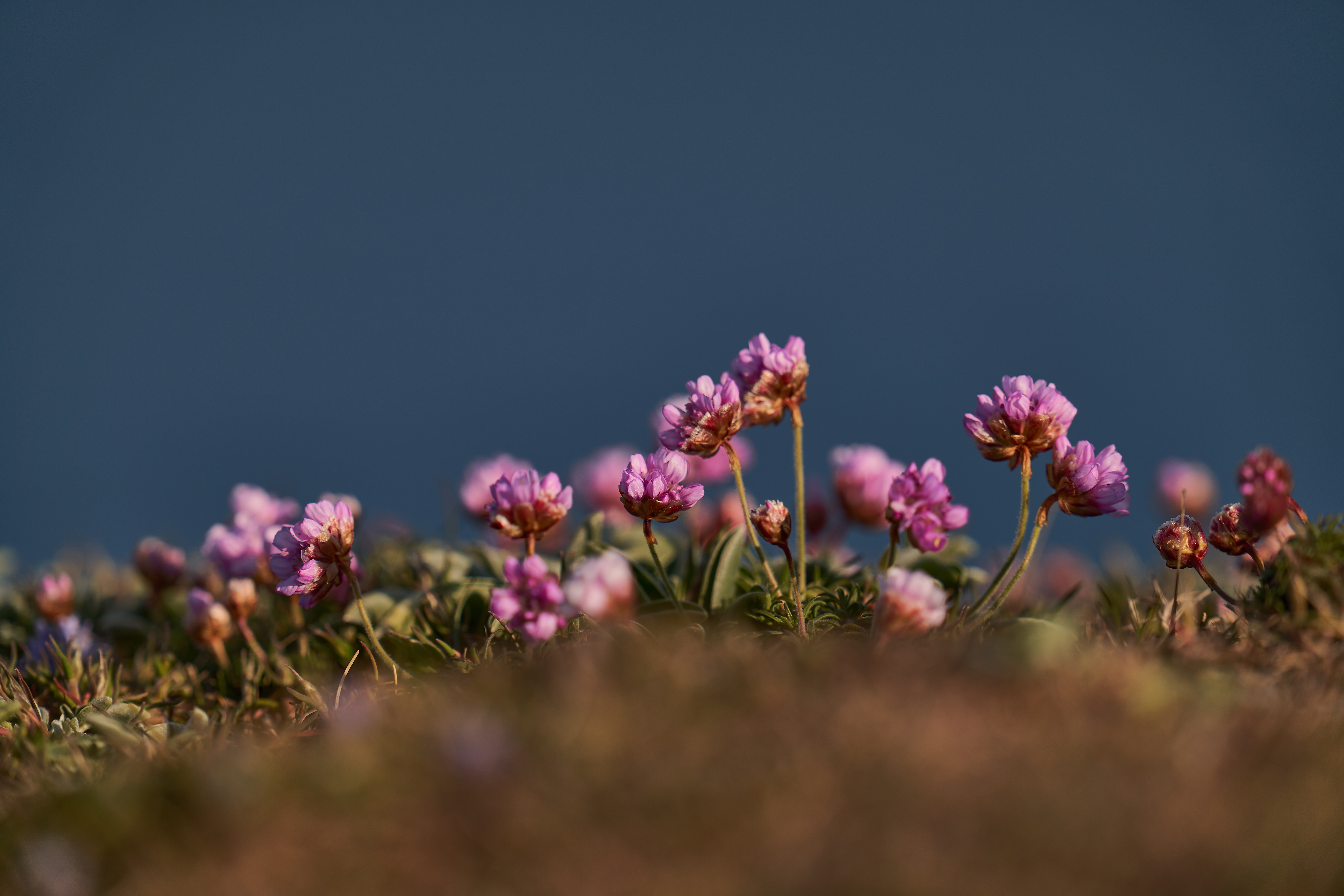 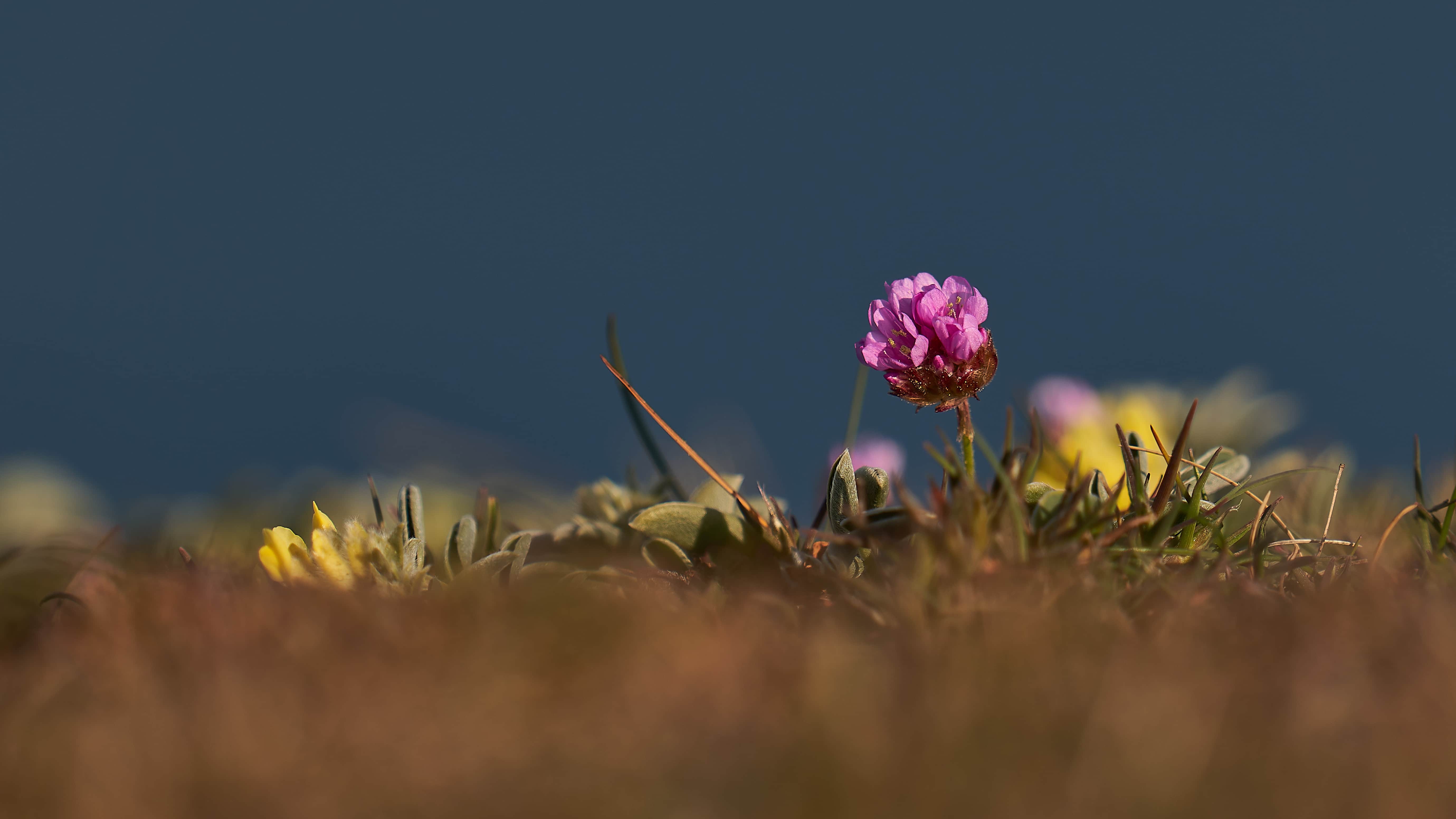 It also has what photographers call amazing “bokeh”. This is the blurring of the background which throws the subject into sharp contrast.

Another interesting use of light is to have your  subject backlit. It’s very easy to “blow out” highlights using this technique, so careful metering is required. This Meadow Pipit on Sea Buckthorne illustrates this. 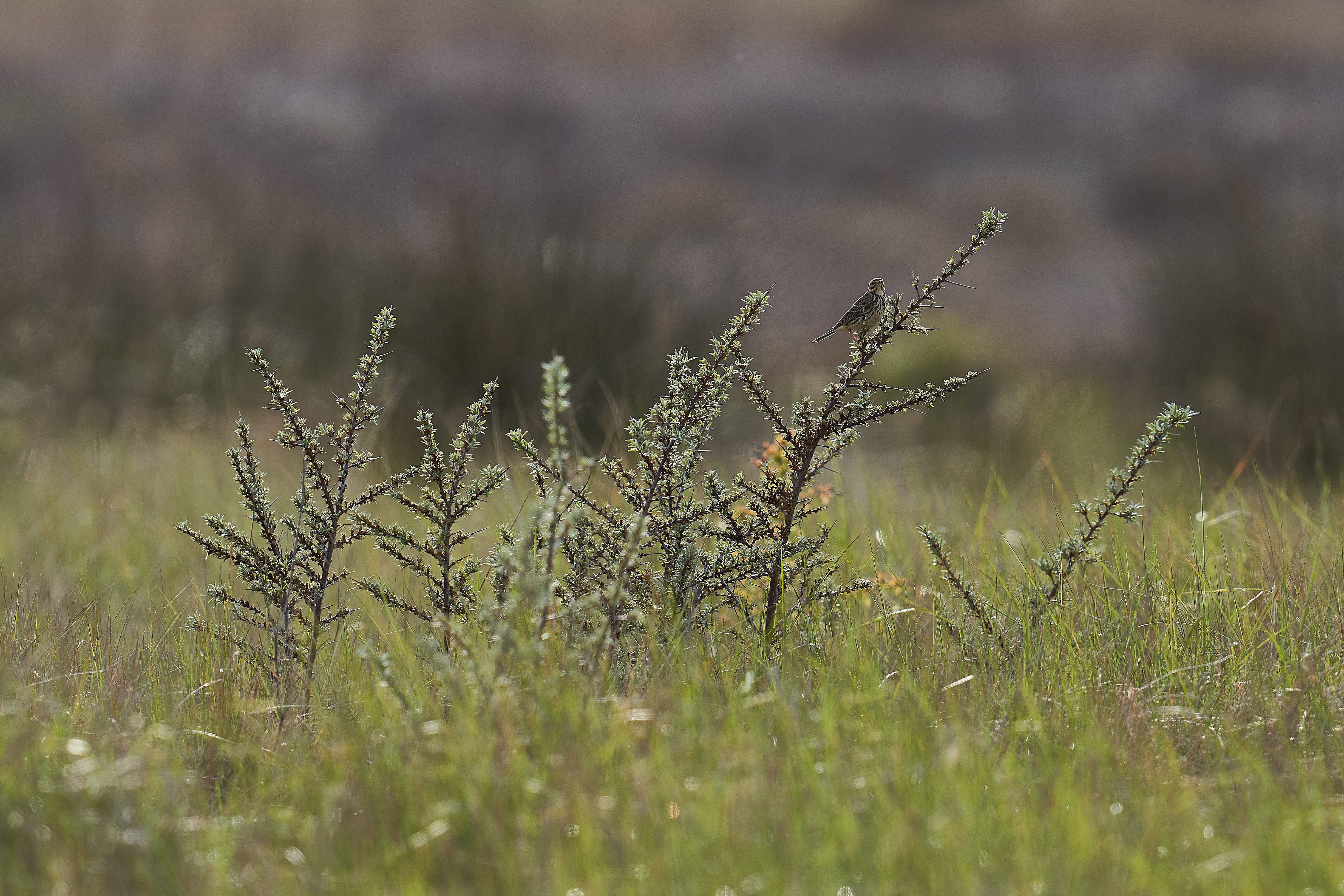 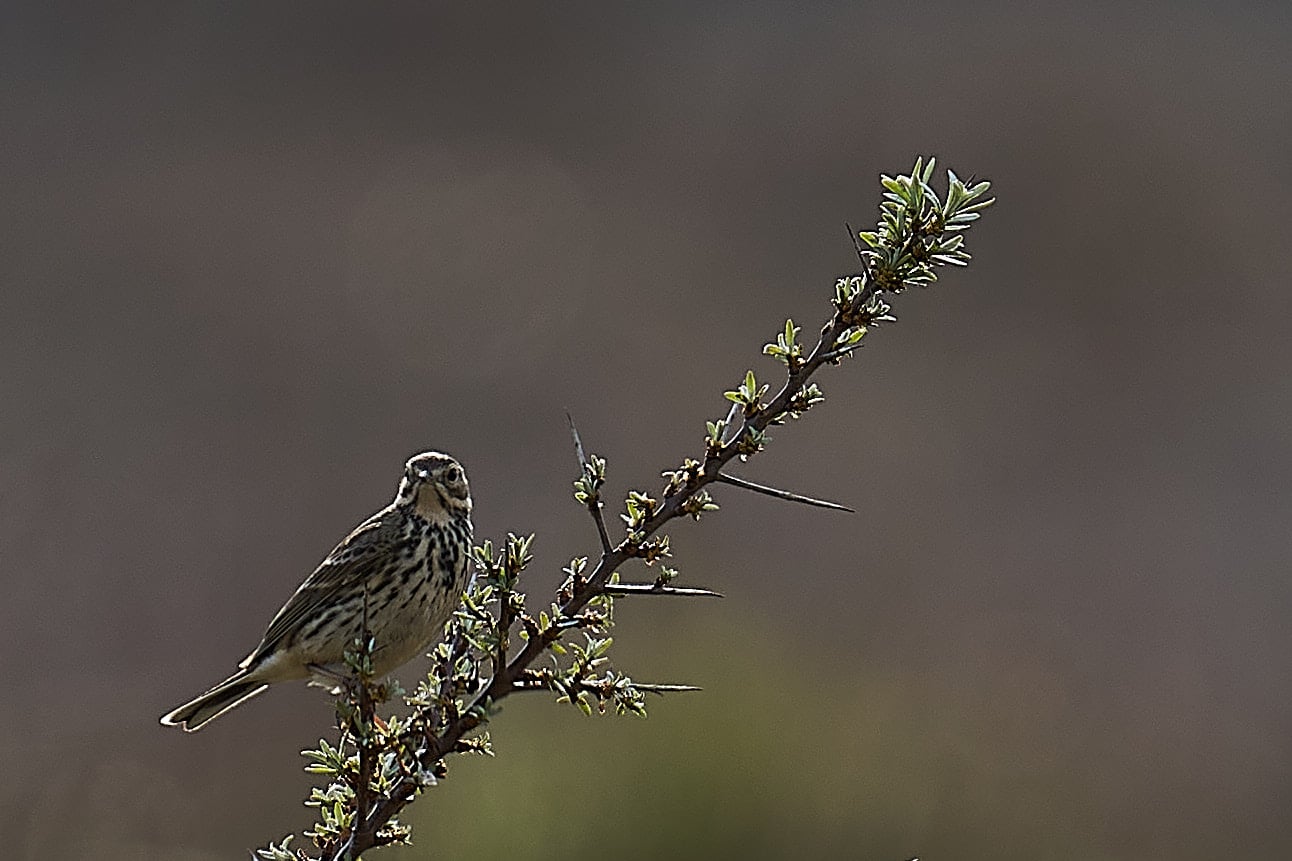 This male Stonechat is almost too sharp a contrast to the gorse behind him. 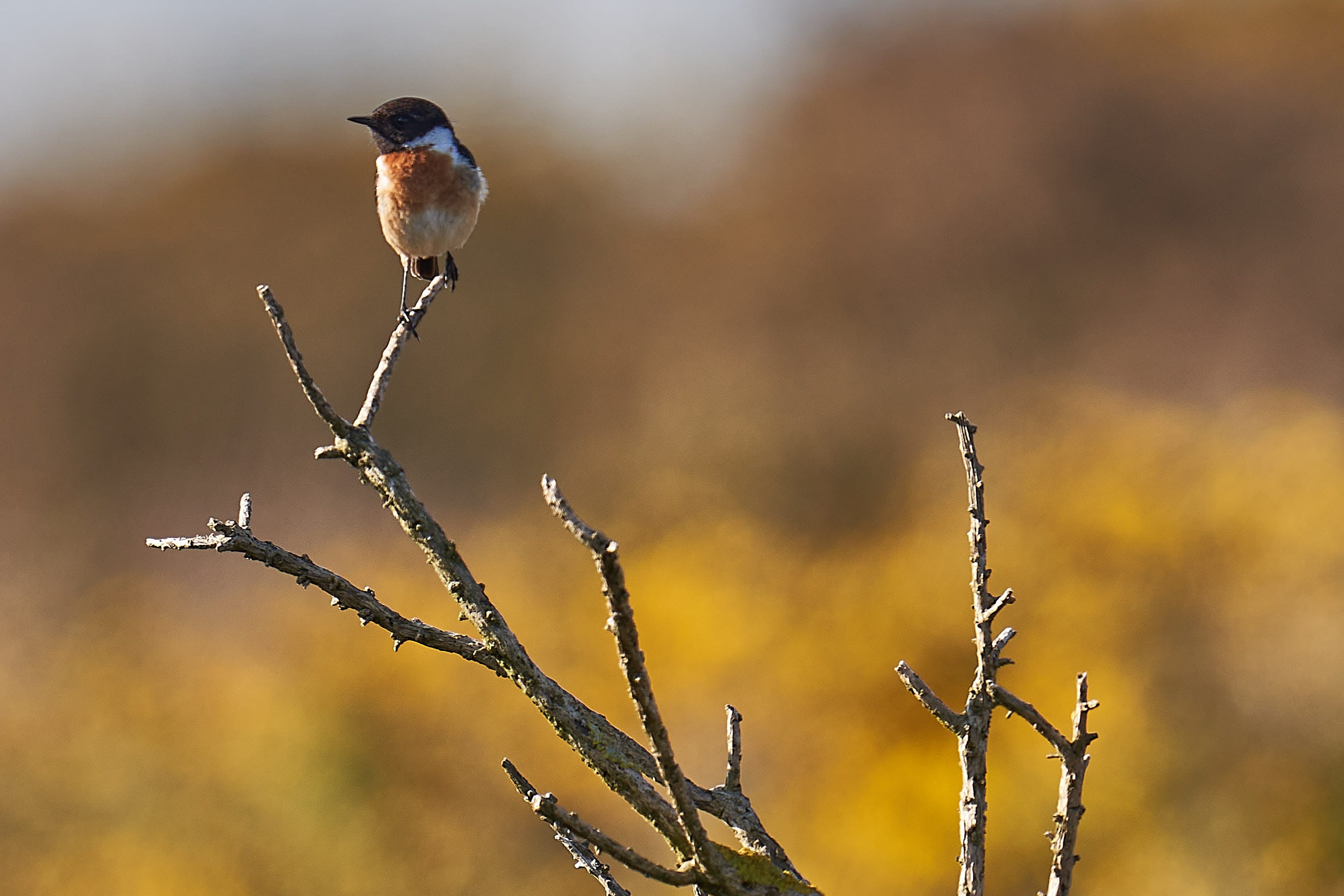 Later I lugged the big lens and tripod down a track to a small wetland area called Marloes Mere. The bushes and scrub were full of vividly marked little birds and I spent a happy half-hour taking pictures. They were Sedge Warblers, (top picture)  a species I was familiar with, but I had never seen the males in full breeding plumage. They have a delightful noisy song and a characteristic short parachuting display flight. 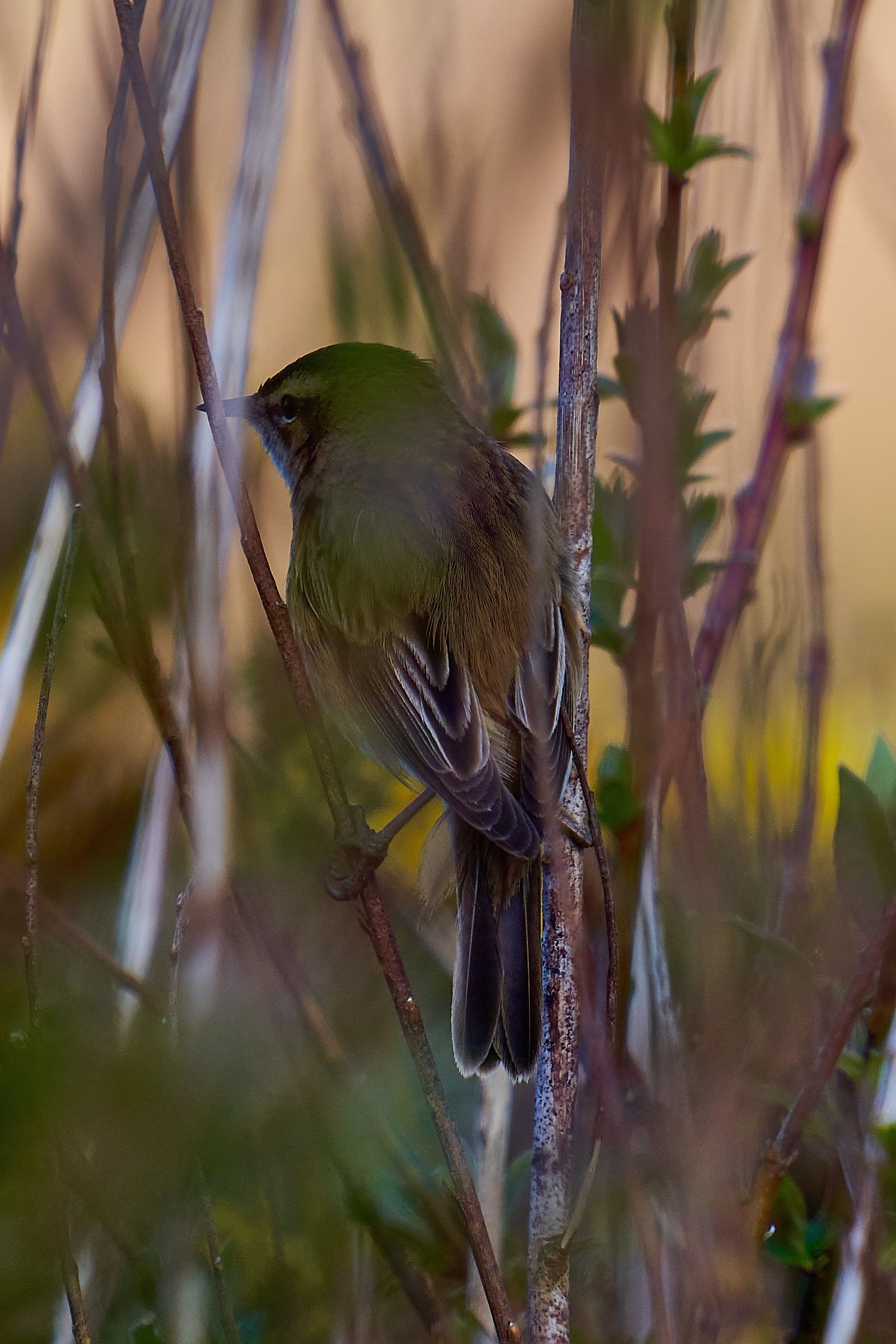 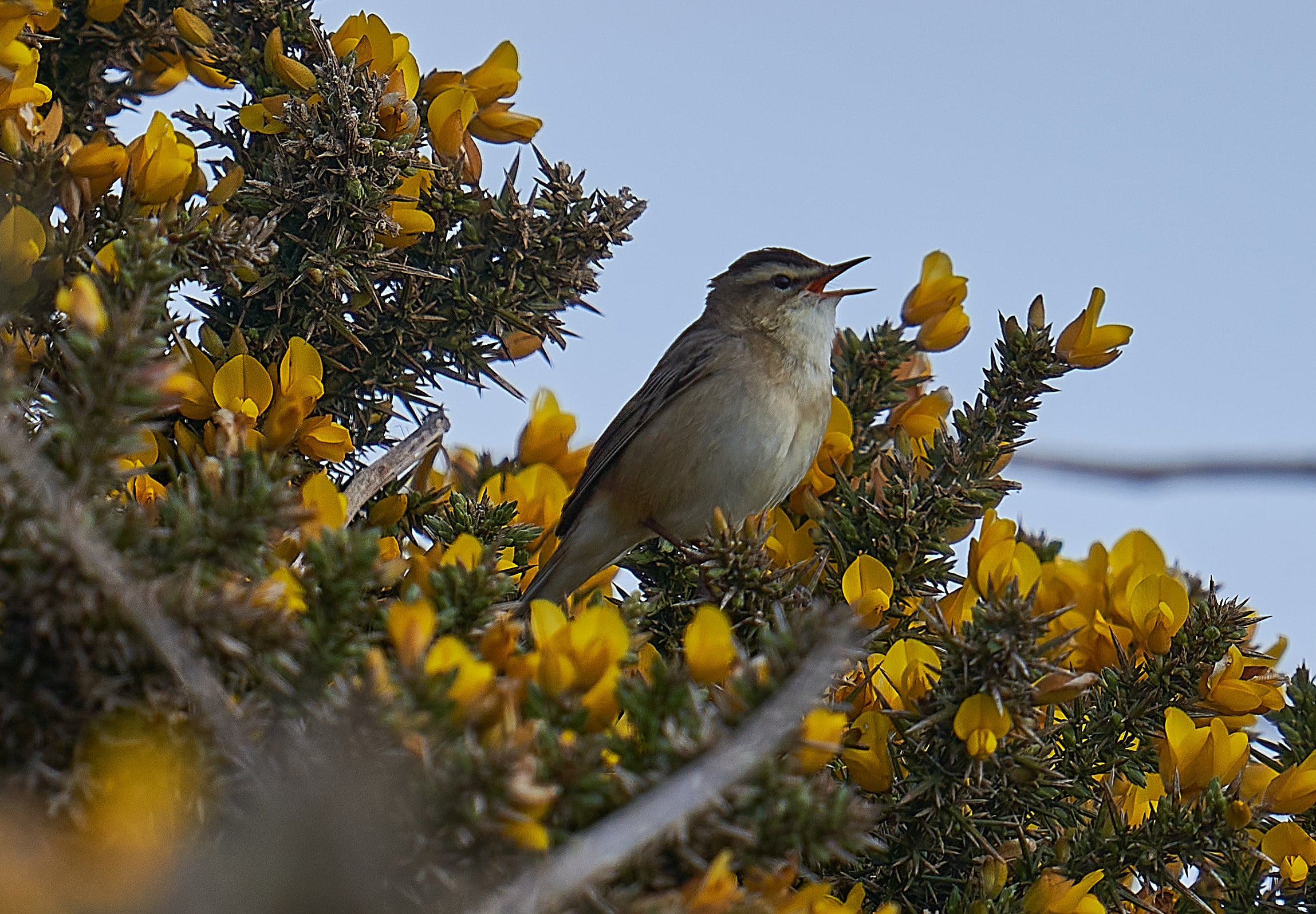 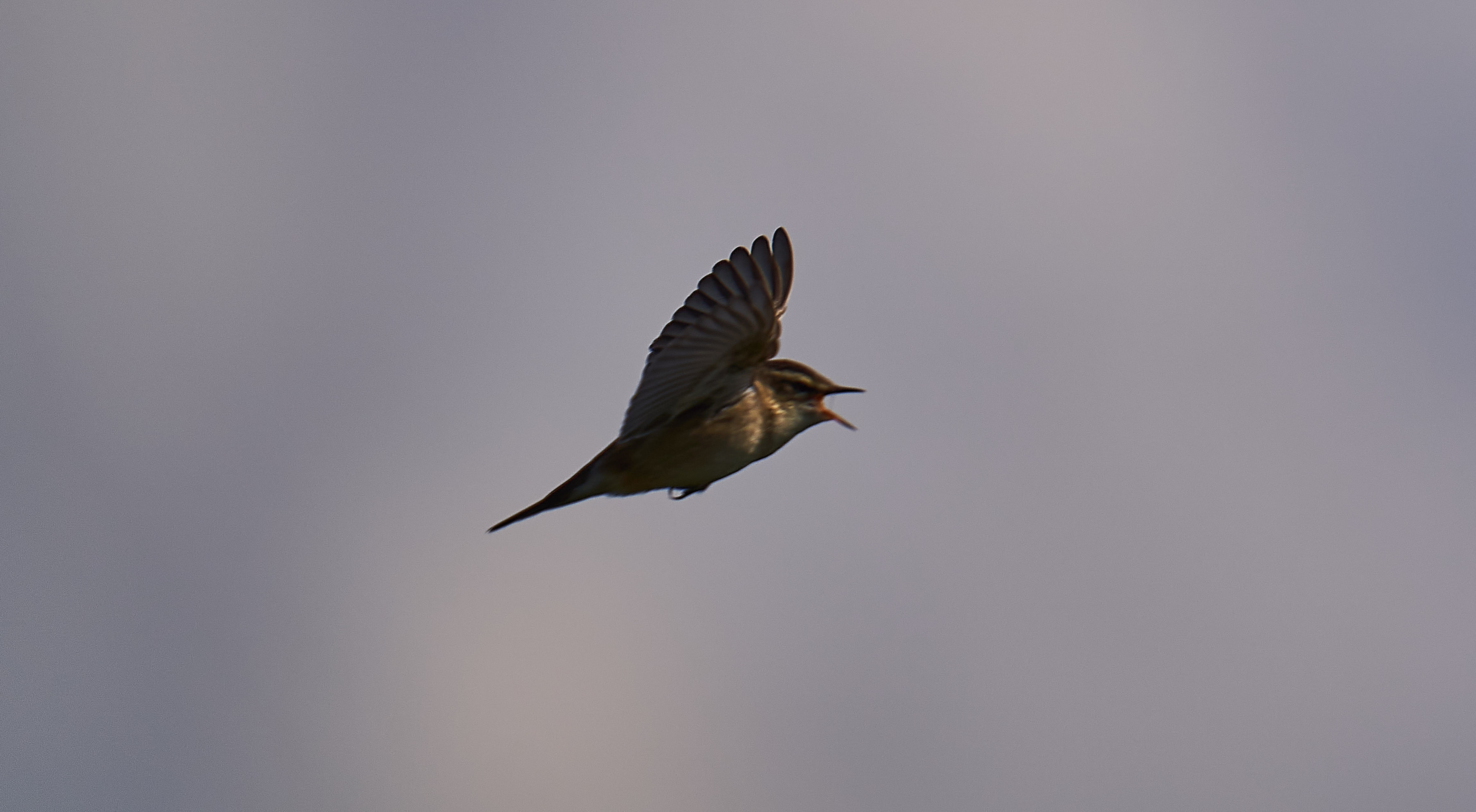 I ended up that night at Ginst Point near Laugharne. This is military land and normally only open at week-ends. Despite being a favourite dog walking place, I was delighted to find lots of Skylarks here, and quite close. 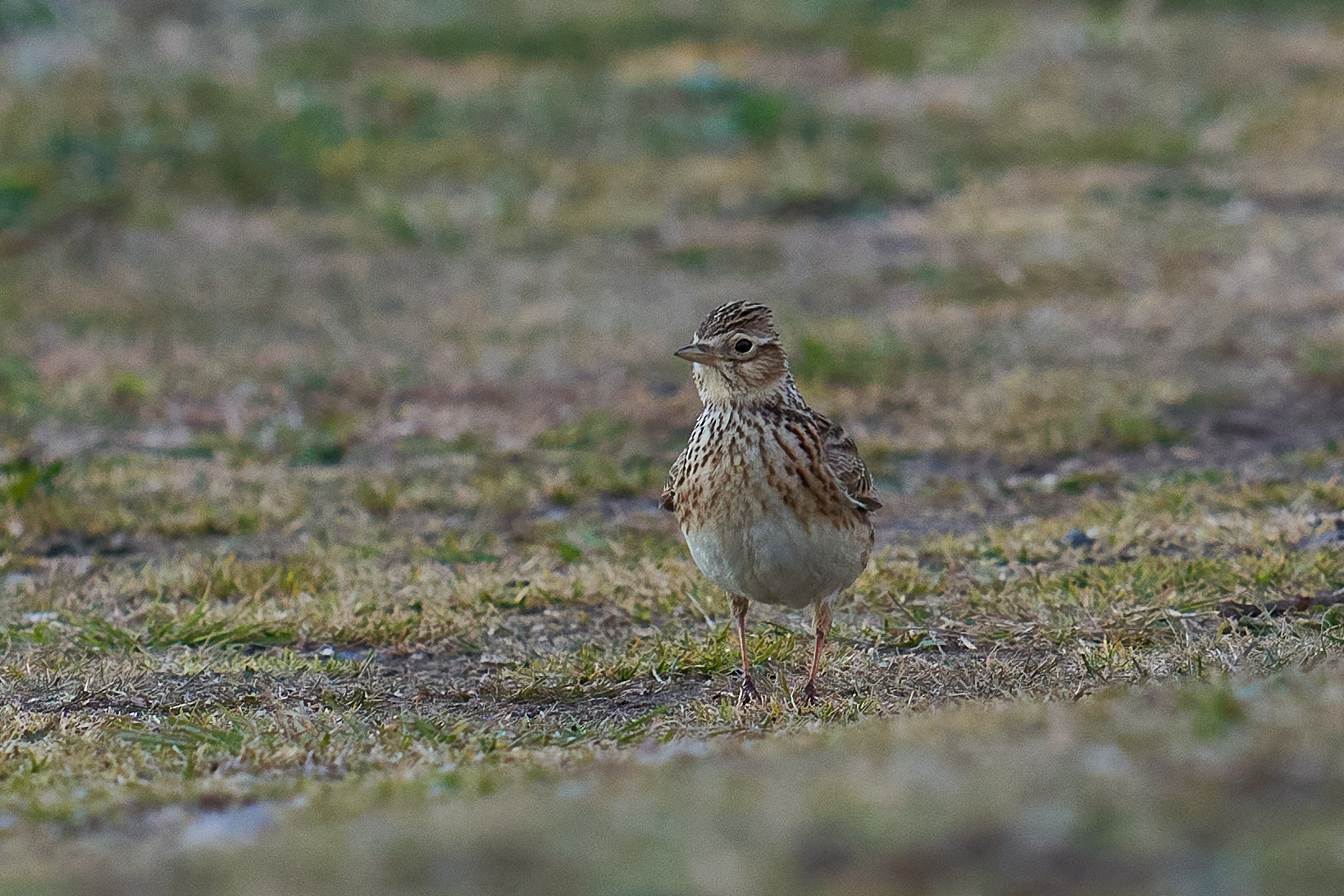 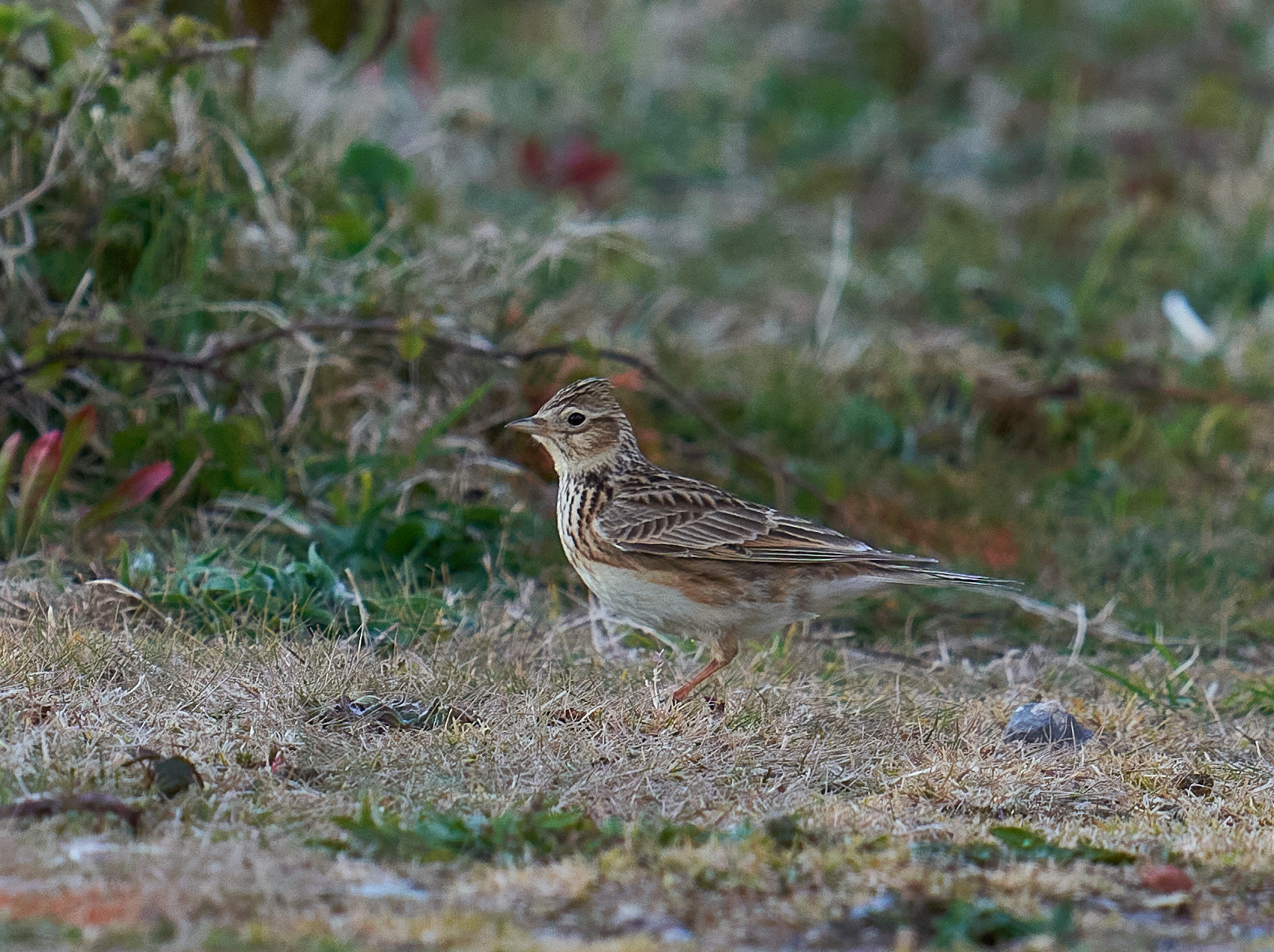 I had some more composition exercises with, first another gorgeous Wheatear,  then a pair of Linnets and then a male Lesser Whitethroat. In the fourth picture I have removed some of the distracting twigs in my editing software “Capture One” .  I’m not sure it does much to improve the composition though. 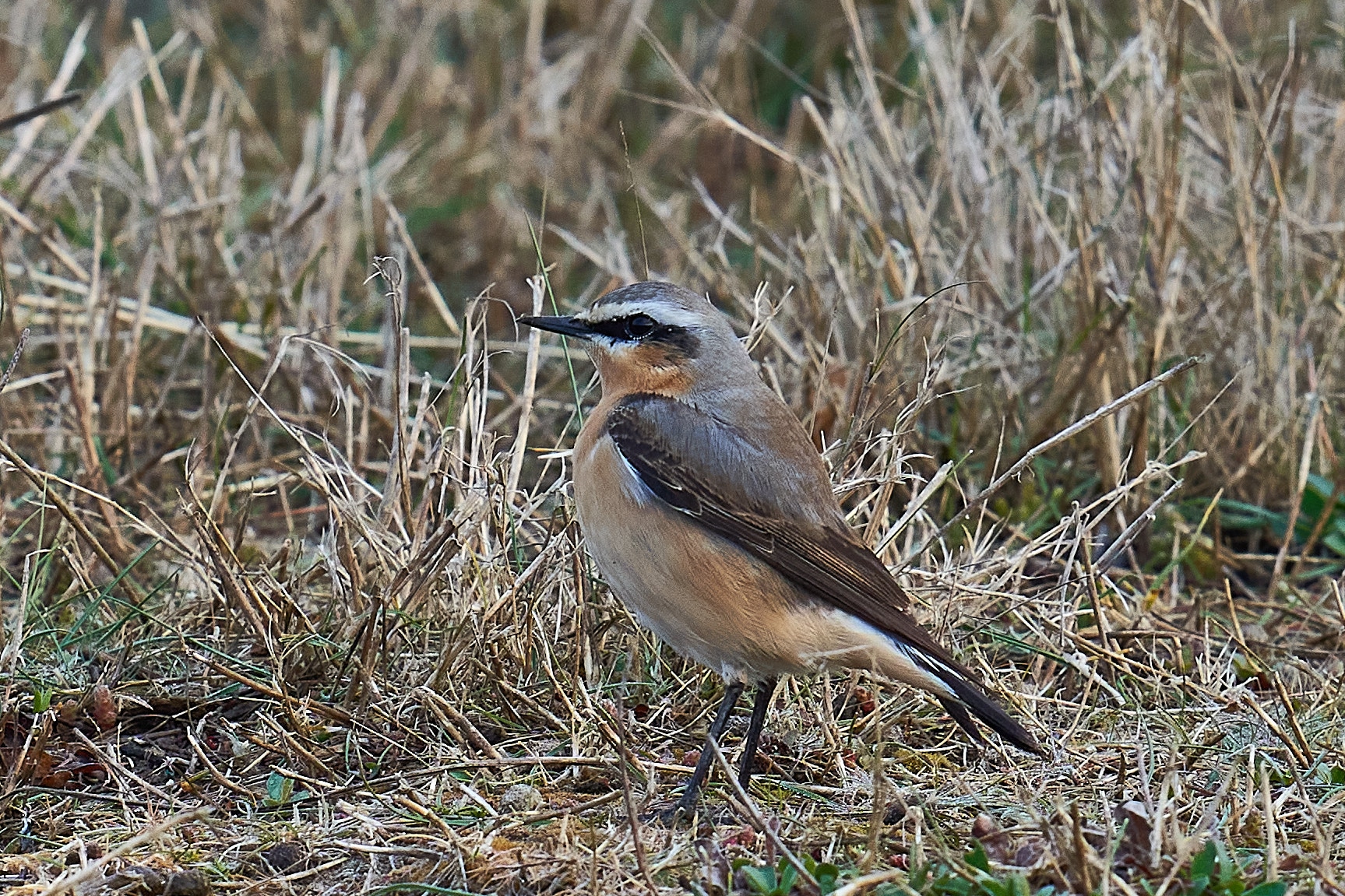 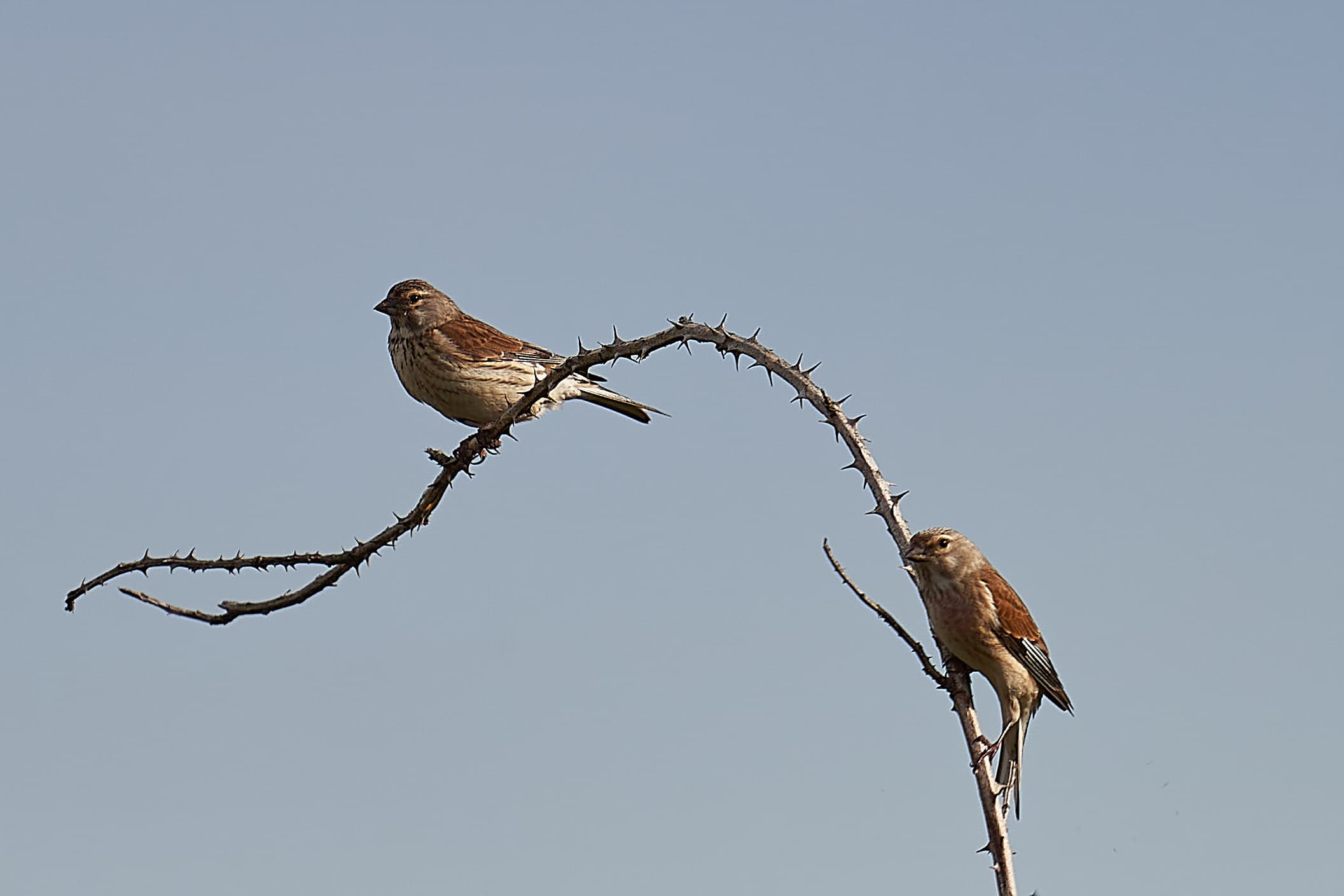 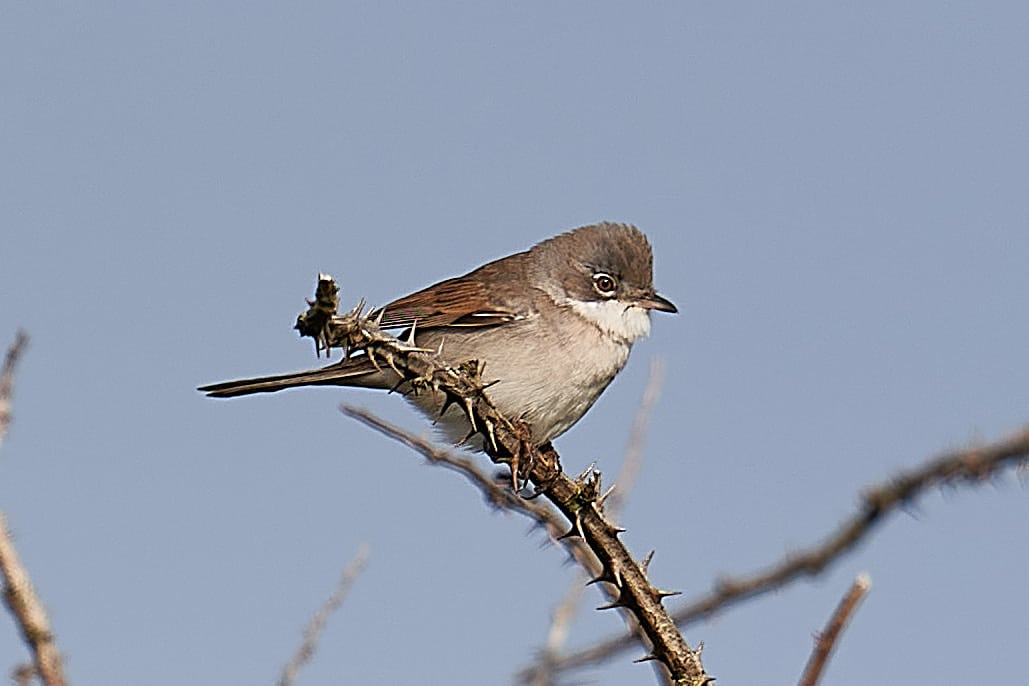 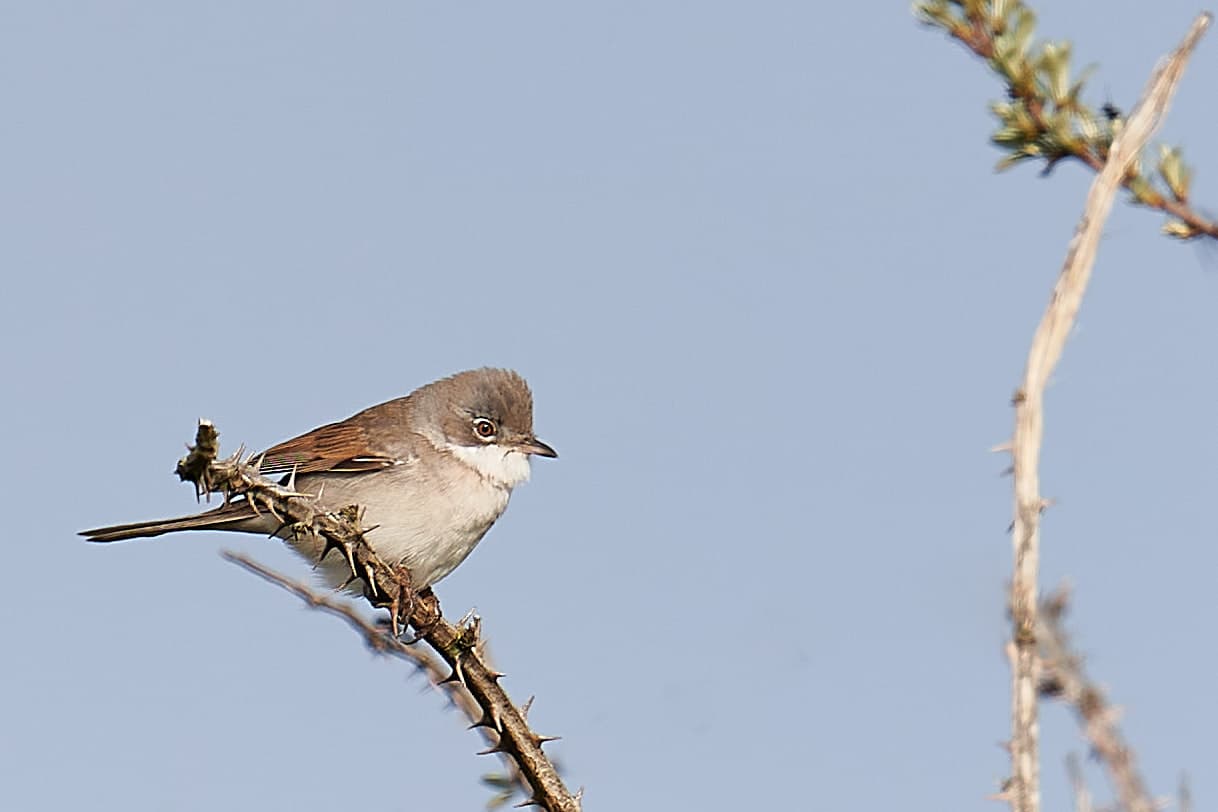 The surprise of the day was finding this solitary Dunlin in full breeding plumage. I’ve never seen a Dunlin on its own before and wonder what had induced it to shelter where I saw its footprints, under a ledge of mud at low tide. 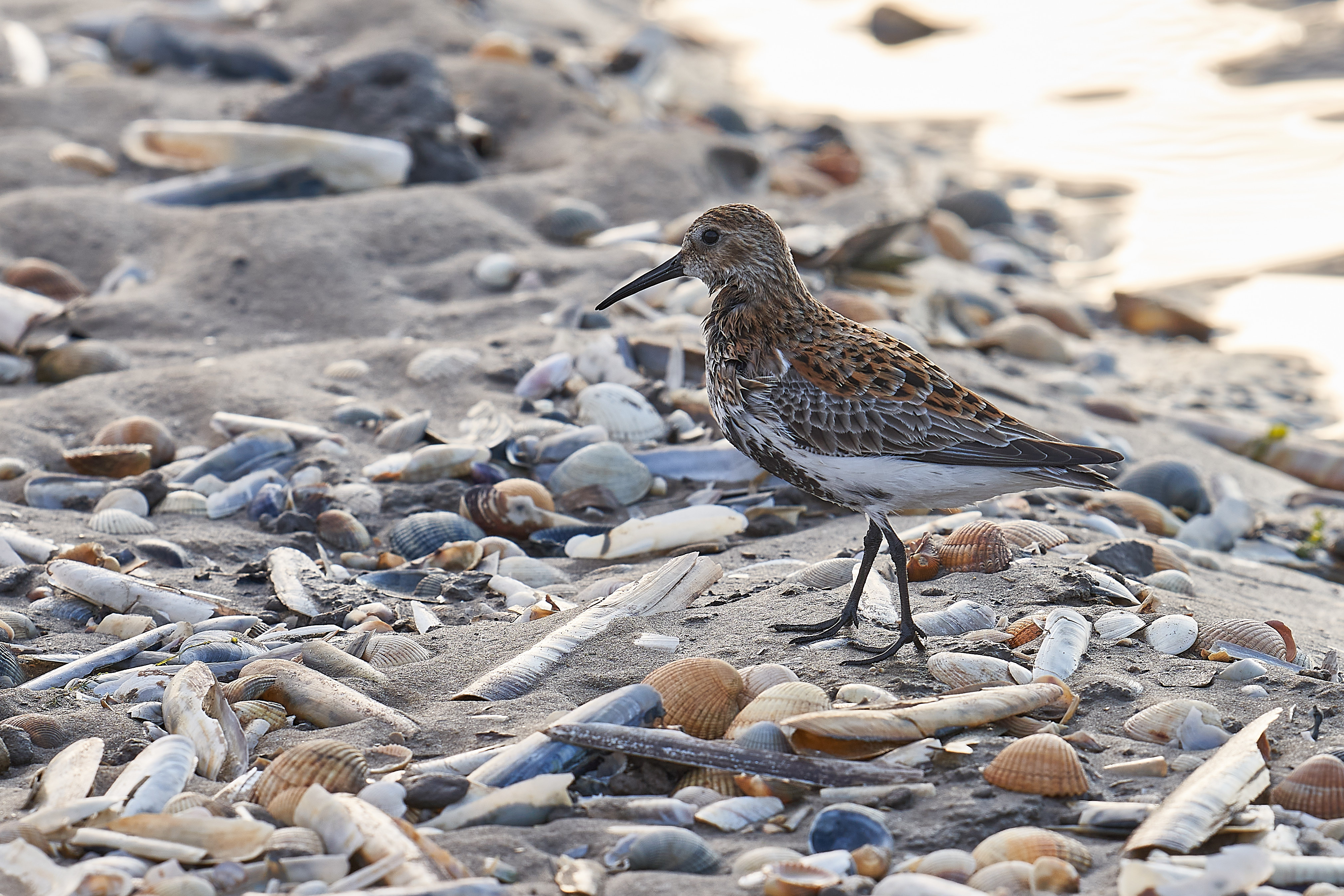 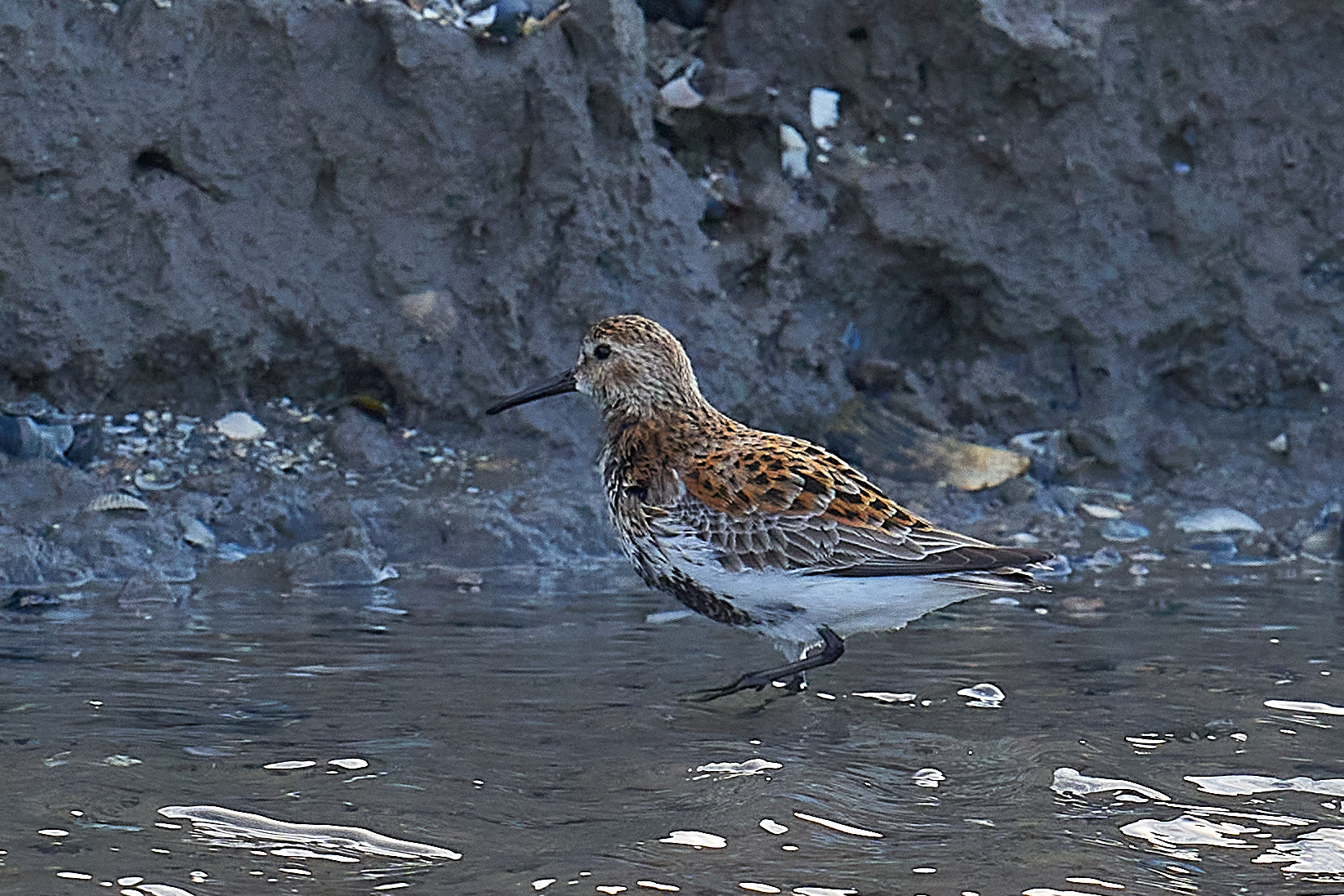