Return to the midsummer sunrise 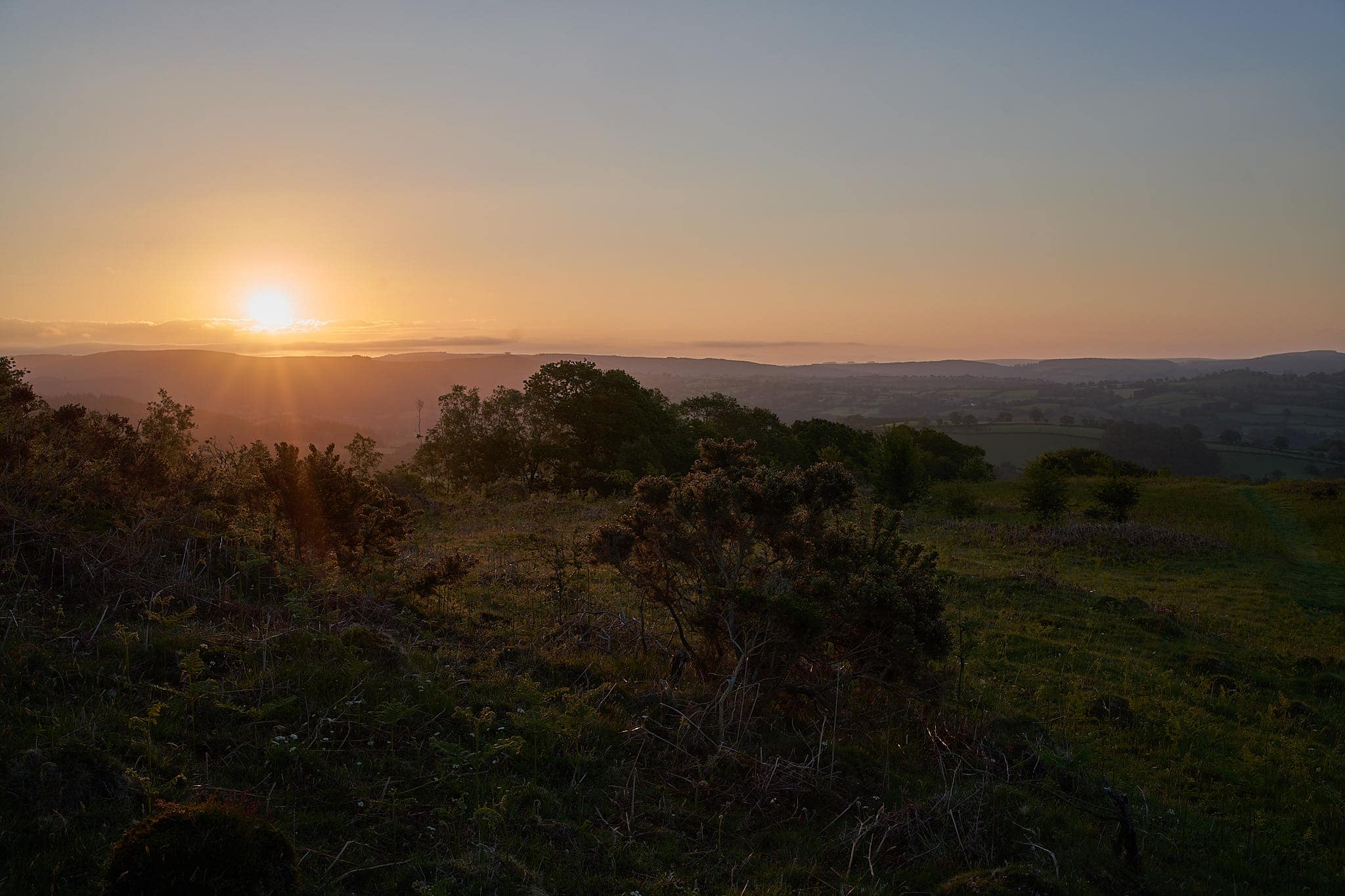 It’s 4:00 am. Why did I wake an hour earlier than usual? Following the dictate of my current guru Rangan Chatterjee,  I have the room blacked out. This even extends to a slipper hooked over the LED charger by the bed so that the little blue light is hidden. Something is driving me and when I haul myself out of bed and look behind the blind, I know what it is. Out there is the intoxicating promise of a clear sky and a midsummer dawn, a promise which my unconscious mind had registered before going to bed.

Do I really want to load myself up with camera gear and trudge up the mountain on an empty stomach? Sipping my cup of hot tea I register the importance of doing again what I did 2 years ago. I feel like a hero of the Ukrainian resistance fighting off the inevitable slow advance of the tyrant, though in my case the tyrant is old age – not quite so heroic. In early summer 2020 I wrote about two early morning treks: http://phototwynog.co.uk/dawn-in-may  and this one: http://phototwynog.co.uk/a-dream-of-hares

Three things I hope for: sunrise, a hare and a cuckoo. I would have to be a mad pessimist to doubt the sunrise, but the other two I would need a lot of luck to see or hear let alone capture on camera. I captured a cuckoo here a few weeks ago, but cuckoos don’t make nests so they could be anywhere. I haven’t seen a hare since my dream encounter in 2020.

It took me half an hour to get going  – did I check the camera battery? Would I need gloves? Which binoculars should I take? Blah blah blah. At last, at 4:30 I was walking briskly down the empty village street. Two swifts were flying up to one of the eves, but the sun was still well below the horizon and the light was too poor to photograph them. Even before sunrise the dawn light is special, but I don’t think the sleeping occupants of this tent would thank me for pointing it out to them. 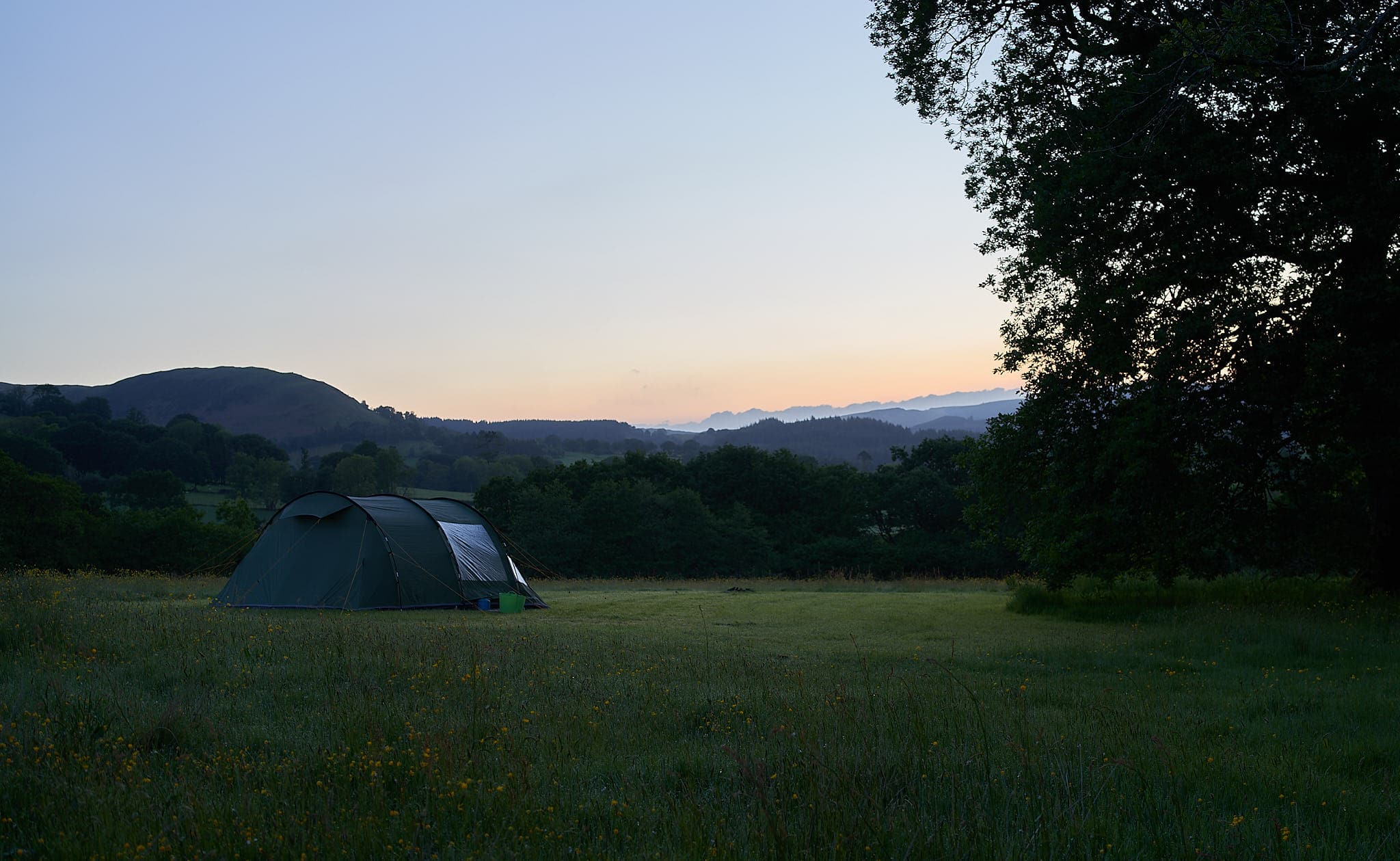 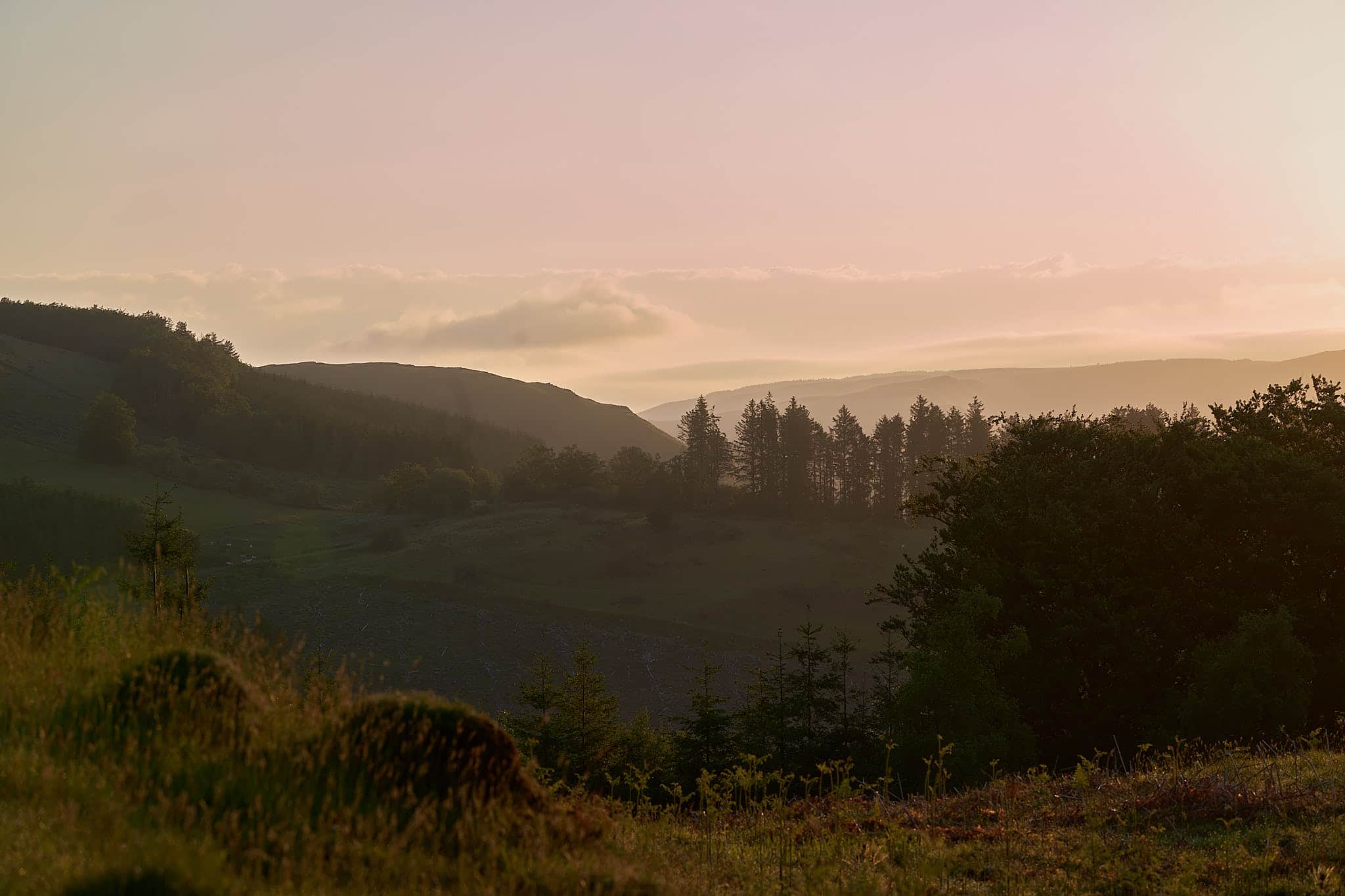 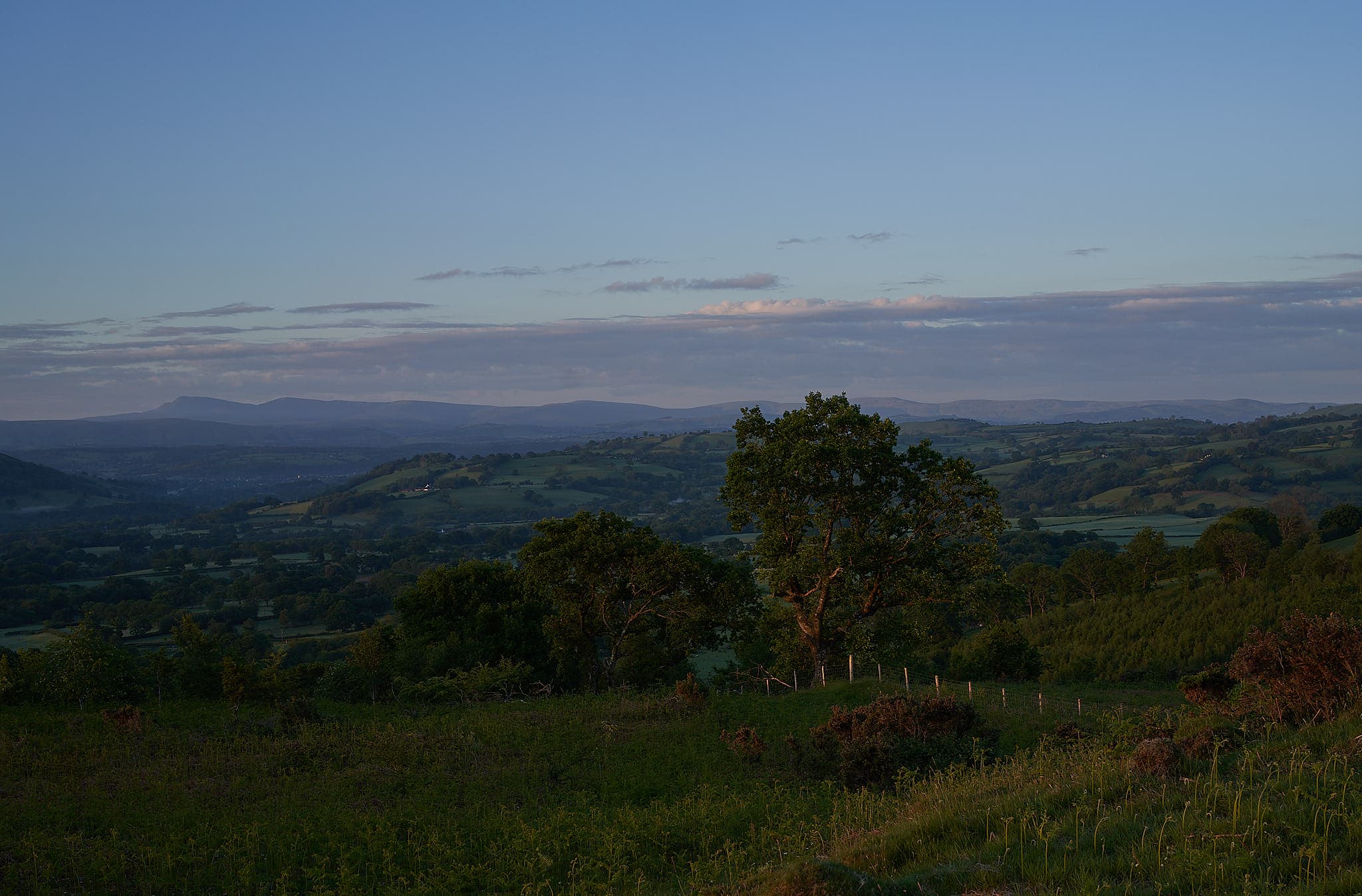 Onwards and upwards and here in the “ffridd” the land at the edge of the mountain, the sun breaks through and I have my pictures. Good, job done. I change my small landscape lens to the big telephoto and continue slowly up the hill. Even though I have never seen a hare here, it’s worth moving carefully in case  . . .

Oh dear lord what is that brown shape there on the path? Help! my settings are wrong, I fumble around. I’m going to lose the shot, but miraculously when I peer round the vegetation it’s still there, waiting, watching. 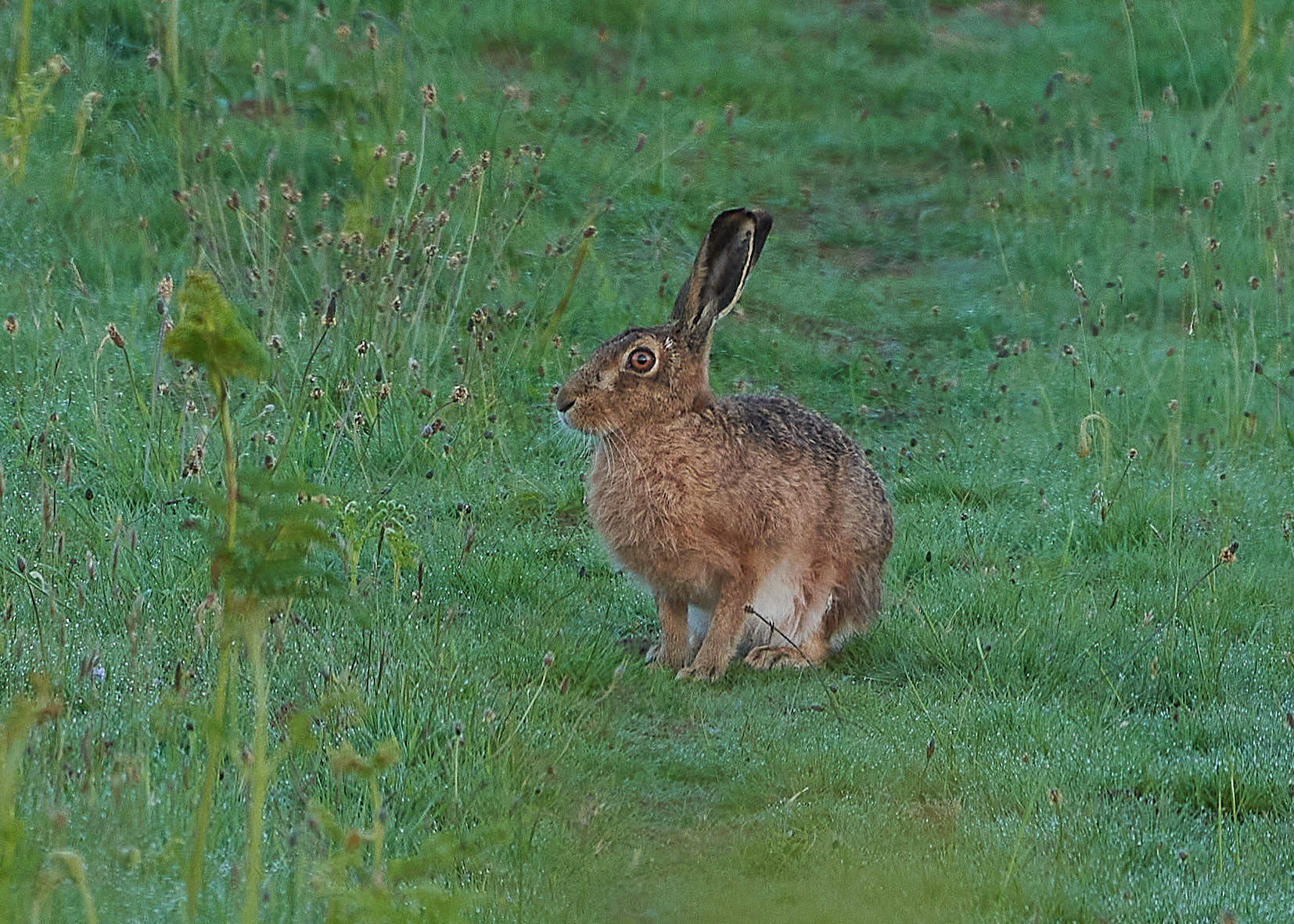 I step back out of sight, set up the monopod and improve the settings, but when I cautiously move into view again it’s gone.

That’s fine. I did it. At least one of the pictures looks OK so feeling very pleased with myself I move on up to the edge of the mountain where I saw the cuckoo a few weeks ago. I find a place to stand and wait. It’s very quiet; the odd blackbird and a few thrushes, and then a faint sound. Yes! My cuckoo is still around but where? With only one half-functional ear I can’t  tell where the sound is coming from. It moves around but it’s getting faint again. Hey ho, two out of three is good.

As I trudge back I look at my watch and see I have been here two hours, but the tents are still closed. These two ponies want to come over and say hello but they are confined by an electric fence. 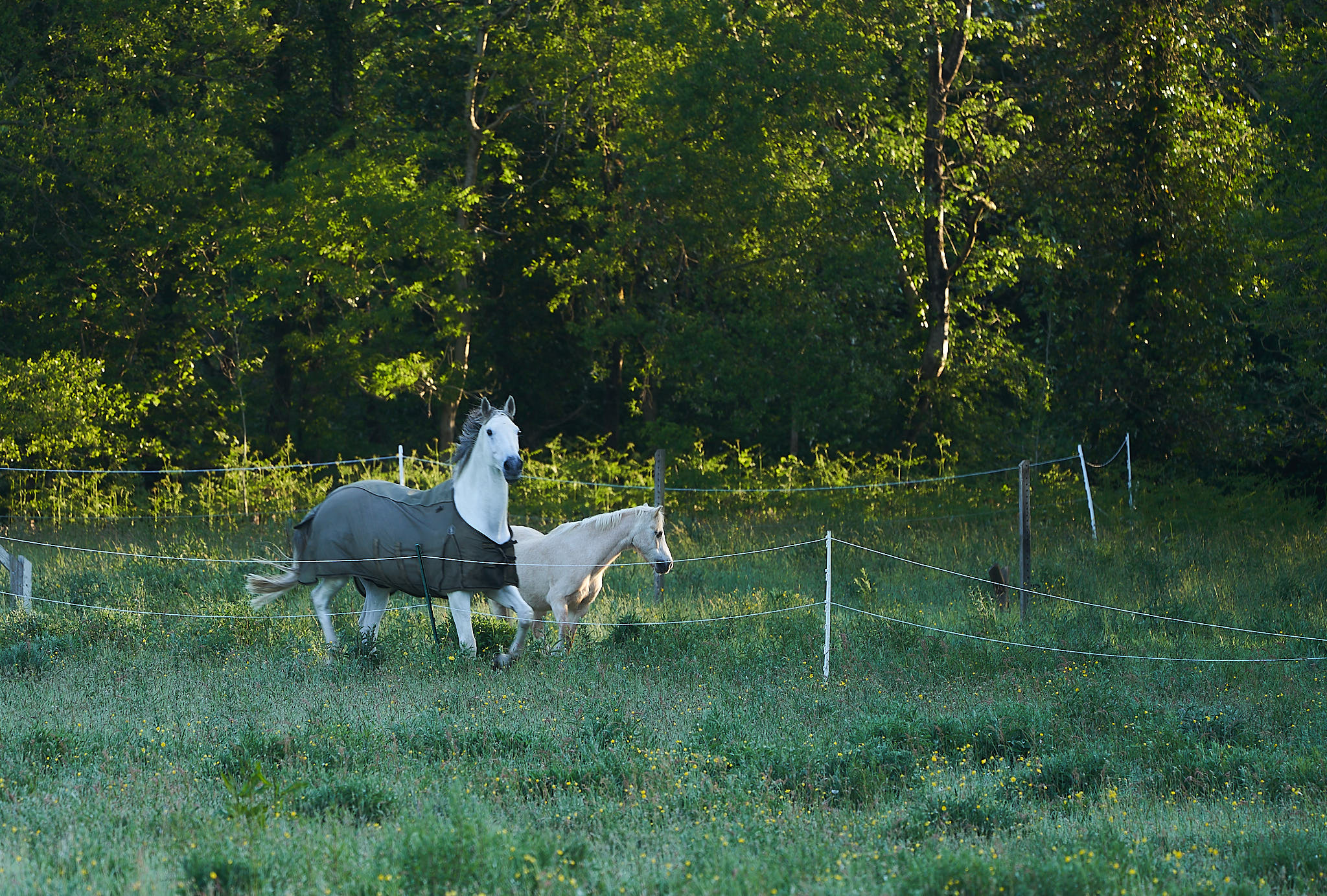 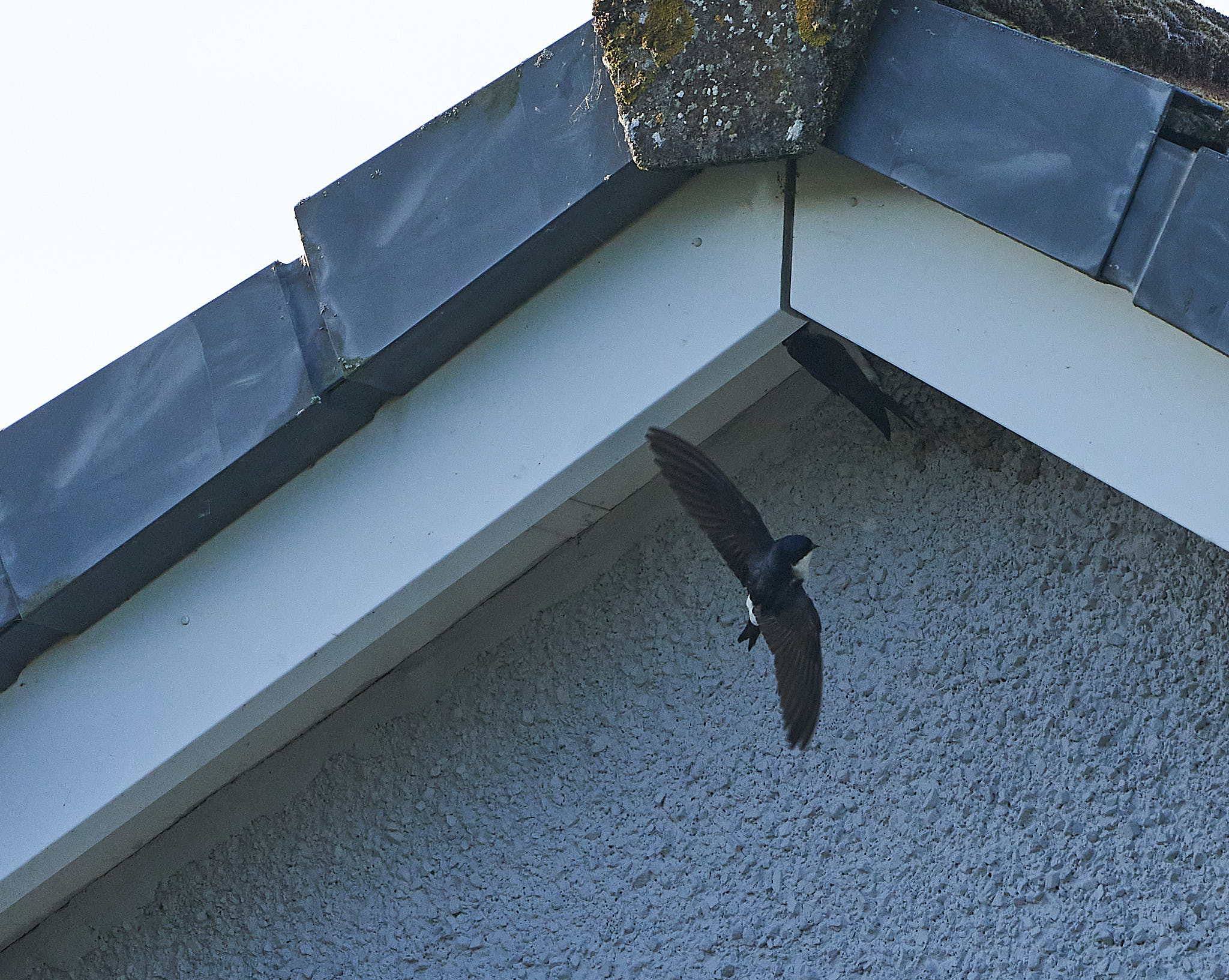 The village street is deserted by humans but to my delight a pair of House Martins are building a nest. I didn’t see a single nest last year – a gloomy record – so to see more of them this year makes me feel it’s not all downhill.  My coping strategy  http://phototwynog.co.uk/the-good-news-is-everything-is-getting-worse  is working, and I rejoice in anything which bucks the trend.