This is a writing exercise. Creative writing (as well as creative photography) is important for my mental health as old age slowly increases its grip. I have found in the past that a good way to get past “writers’ block” is to write about myself in the third person. I hope you like it.

It is mid-summer. The photographer is sitting in an old wicker arm chair on a deck of boards he has nailed down, under a tin roof supported by two slim tree trunks. If faces West and looks out onto a little orchard, a stream and some tall willow and birch trees. All the trees he has planted himself and the low evening sun is filtered by the branches, sending out rods and shafts of light through the sticks and leaves. The light picks out narrow bands of grasses, flowers of sorrel, buttercup, meadowsweet. 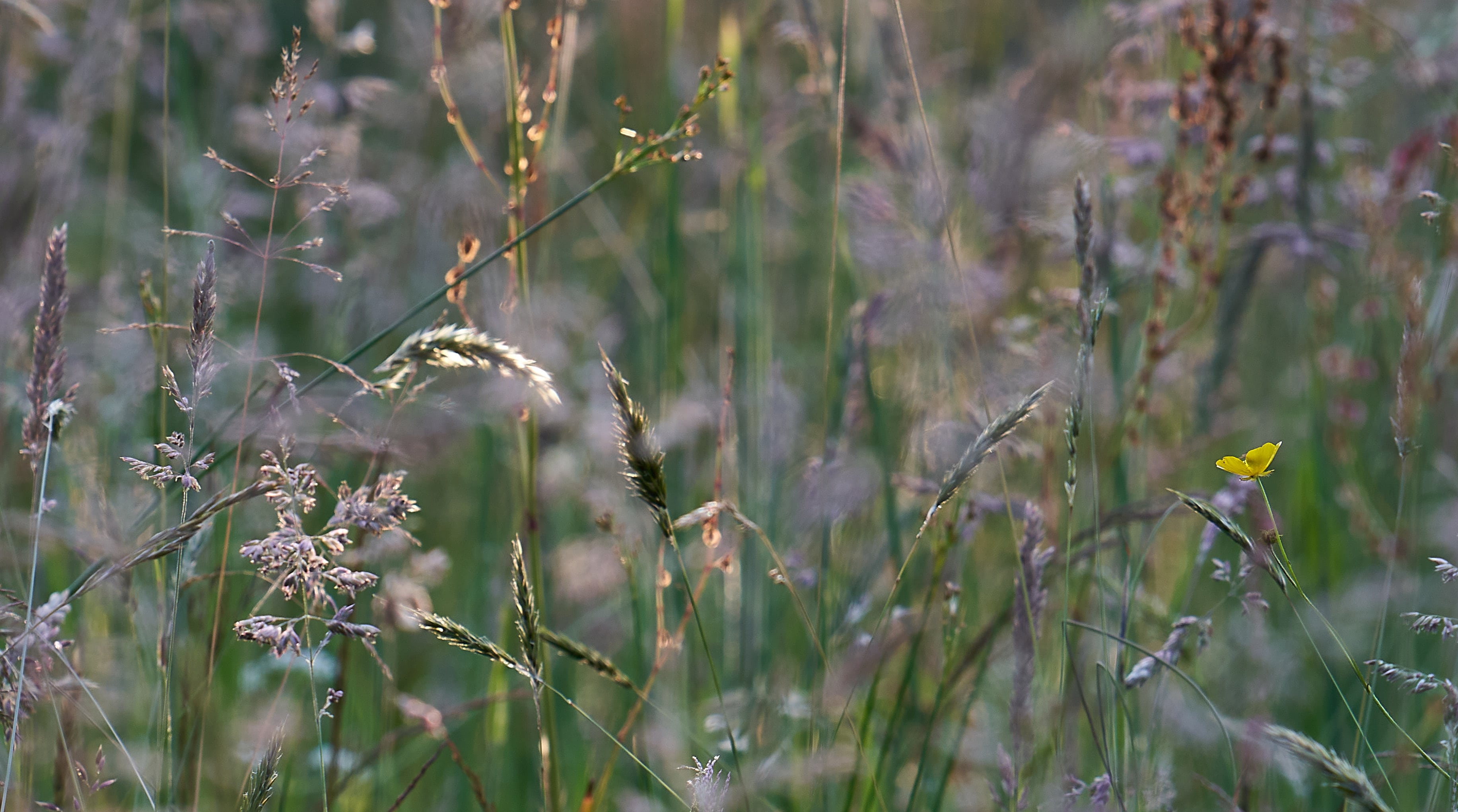 In front of him is a sturdy tripod on which is clamped a small camera and a big lens. He looks through the viewfinder and presses a button which sets focus on one point – the delicate flower of a stem of grass. That point of focus is just a small part of the rim of a dome which extends all around him, wherever he moves the lens.  It is the skin of a perfectly round balloon, and he sits at its centre.  Wherever there is light, above, to the side, behind him, is this invisible part-sphere. Outside the sphere the light blurs into magical shapes, circles of light twinkling, half remembered shifting forms. Inside the rim, and back to where he sits, there is no detail, no magic, just grass and leaves with no distinction.

Each time he moves the lens and sets the focus he creates a new sphere. This one has tiny insects dancing in it. They glow with light against a dark green background.  This has a perfect stem of rose-bay flowers. 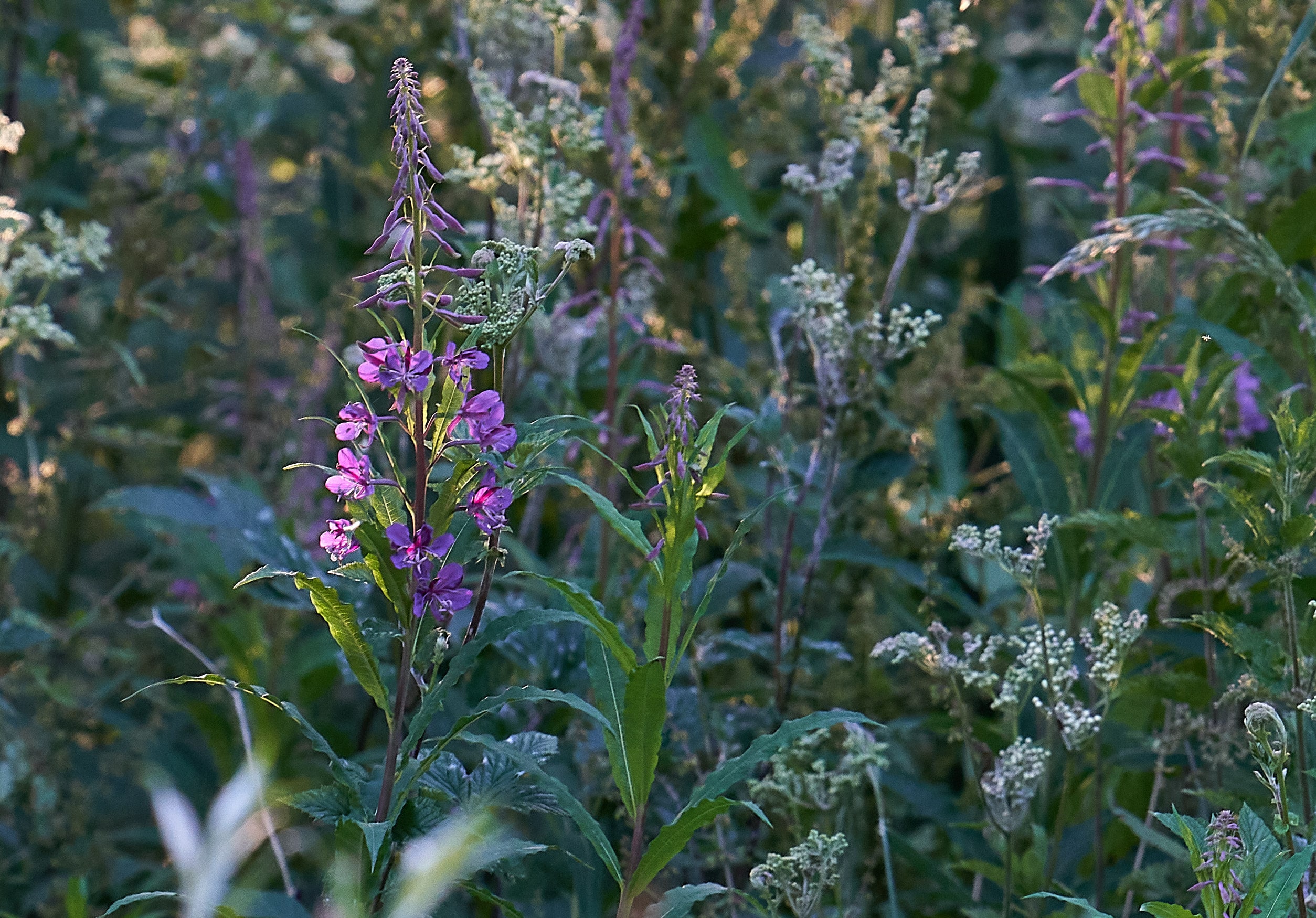 Here there is a common weed waiting for a breath of wind to send off its babies, 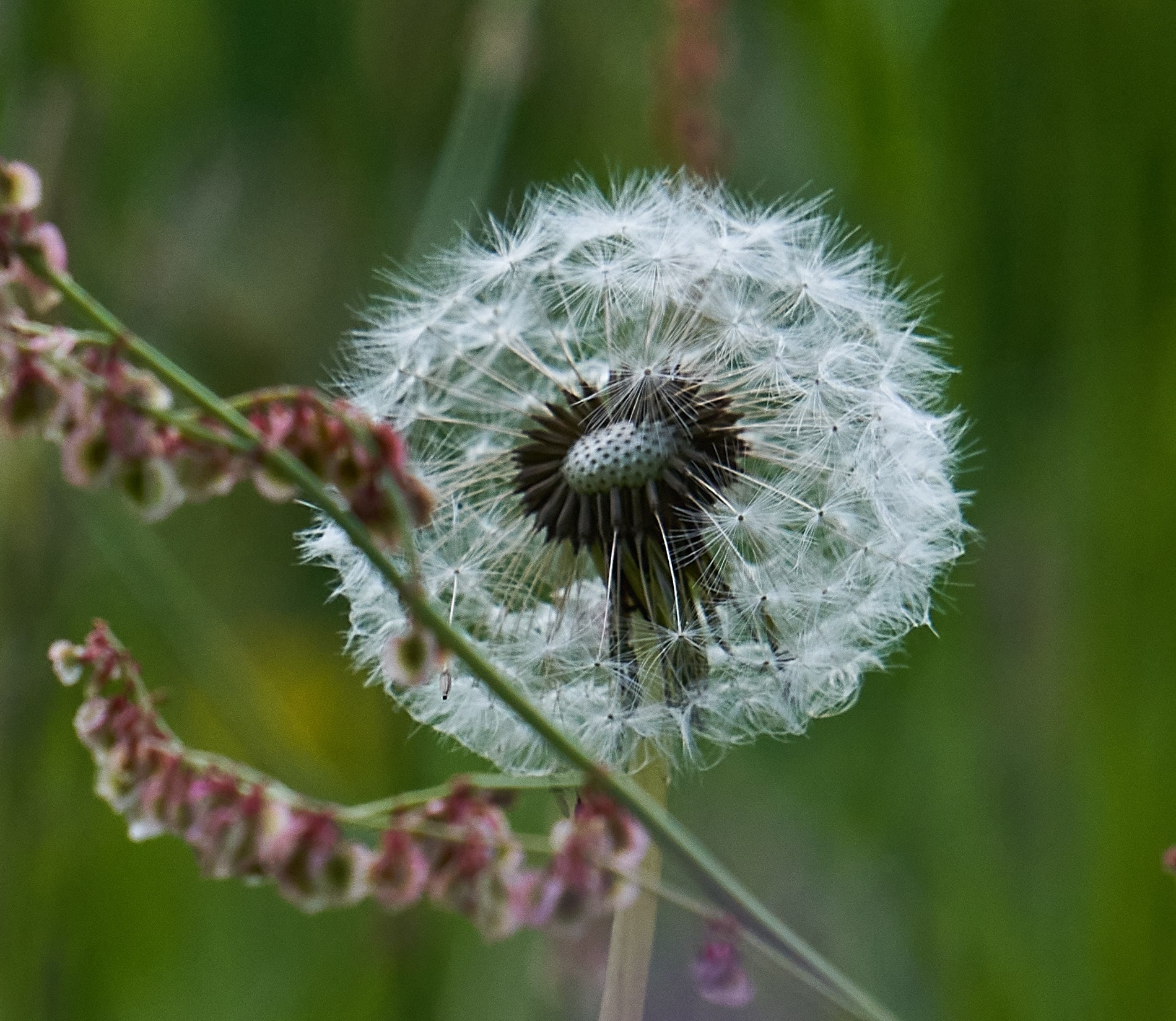 and nearer, in a smaller, tighter crisper field is a tiny beetle dancing in the air. 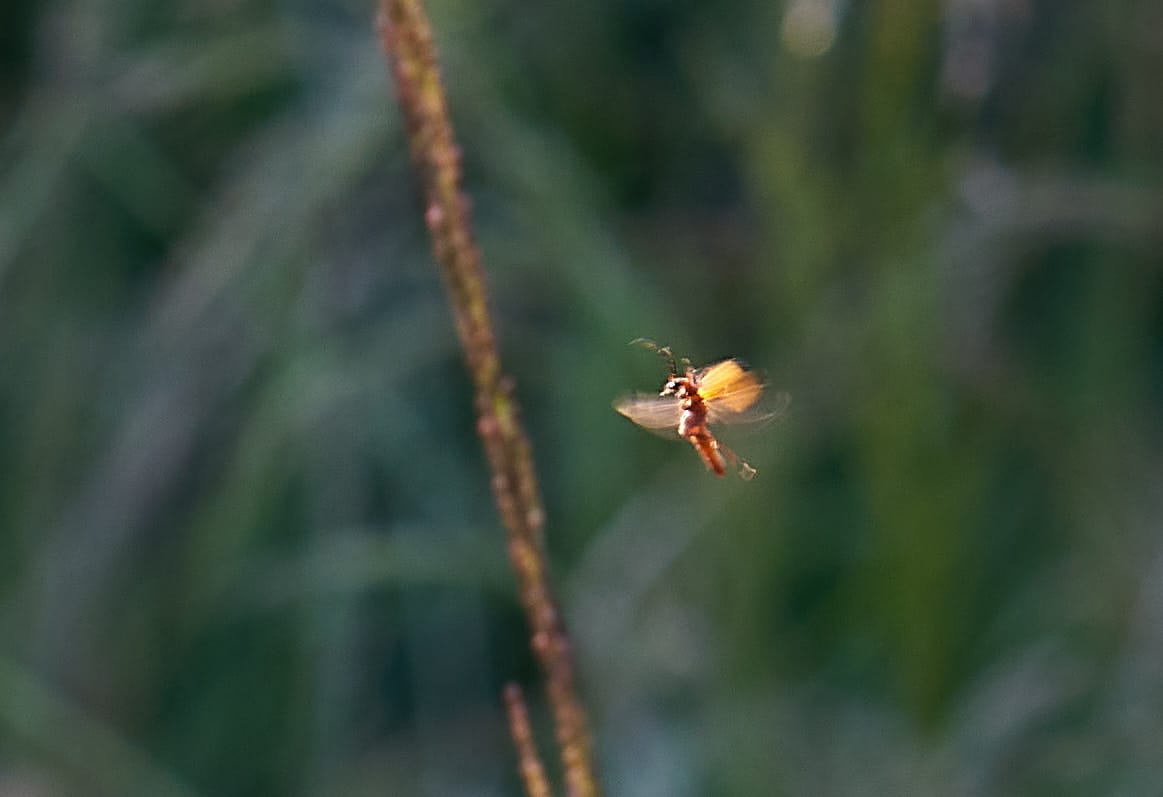 His heart leaps and then crashes when he realises that he has set the shutter speed too low and the beetle is unsharp. But the beetle is there, moving and it is still an object of wonder.

He thinks how extraordinary it is that this device can do what his eyes, with thousands of years of evolution behind them, cannot. There is no way  he can force his eyes to narrow their focus to this thin band of sharpness. The human eye can effortlessly shift its focus wherever the brain tells it to look, but it cannot not-see – partially focus. If the eyes are healthy they must focus widely.

Entranced, he moves the lens smoothly around on its gimbal and watches as the sun dips lower until there are no more shafts of light. He sits still for a while and thinks this would be how he would end his days if given a choice.

2 Responses to The Photographer