When Kissing is in Fashion 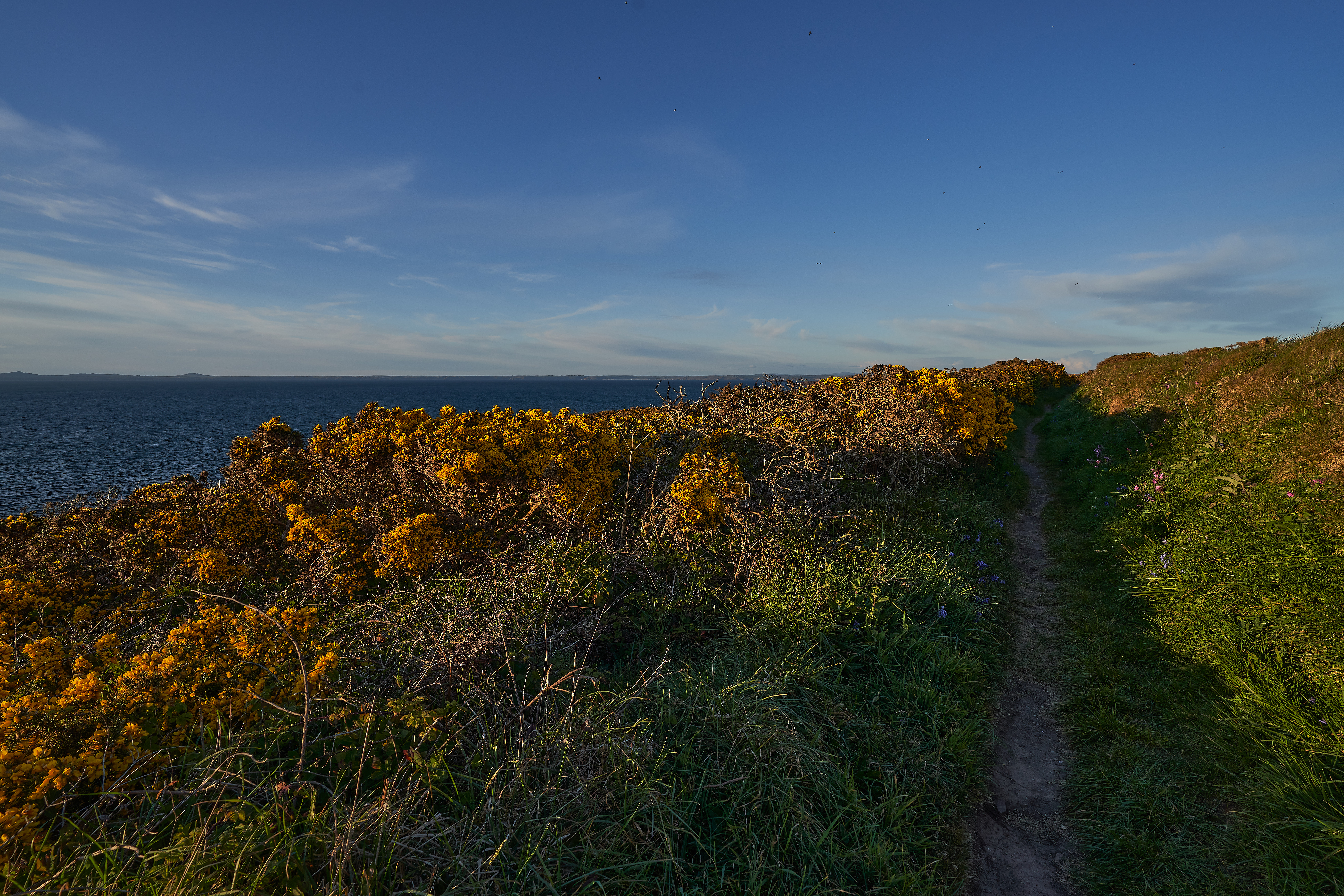 Around the edges of South Wales as you walk the coast path, all around you are vivid patches of deep yellow. It’s true that Gorse, like kissing, is in flower and in fashion all through the year, but this is the peak. Dense, prickly, evergreen “Eithin” is an important native plant for birds and an early source of nectar for insects. It was, in less mechanised times, a valued source of dyes, kindling and fodder, and it thrives in the heathland areas that still resist the sterility of modern agriculture in West Pembrokeshire. In May it acts as a backdrop for a host of flowers, but the most striking are the two Campions, pink and white, and the bluebells. 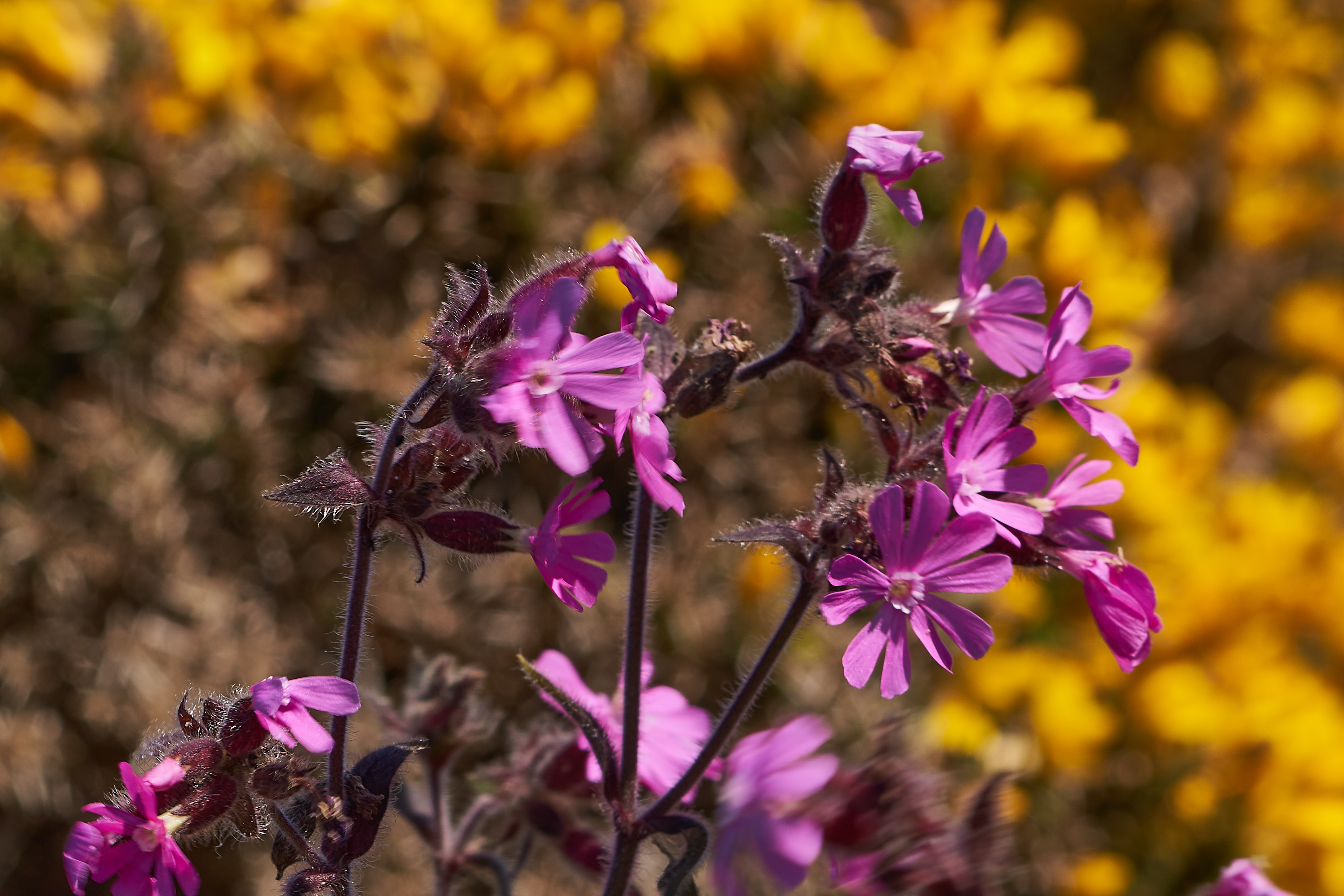 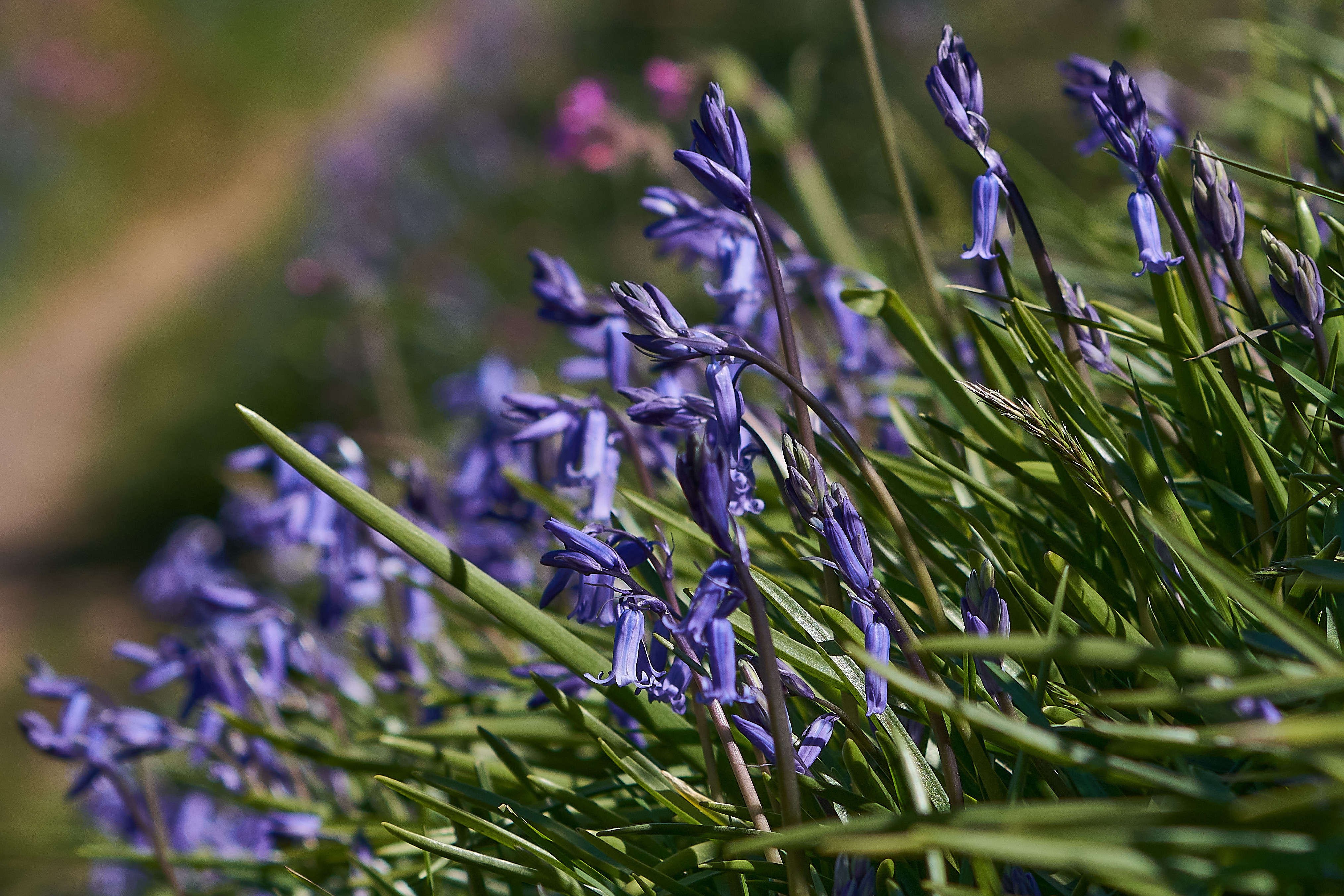 The first trips to Skomer Island for more than a year opened for booking a fortnight ago, and I got one of the early ones, so I took the camper back to West Hook Farm at Martin’s Haven near Haverfordwest for a three night stay.

Skomer in the spring is Puffin land, and I knew I would have to do my stint at The Wick where they are so used to visitors you can almost pick them up. However, in one of those absurdities which the Corona virus regulations throw up, this windy, open island had a one way system in operation, so we had to leave the Puffins until last, and follow the paths to the North. A familiar site to regular visitors is the little colony of Razorbills right by the harbour. 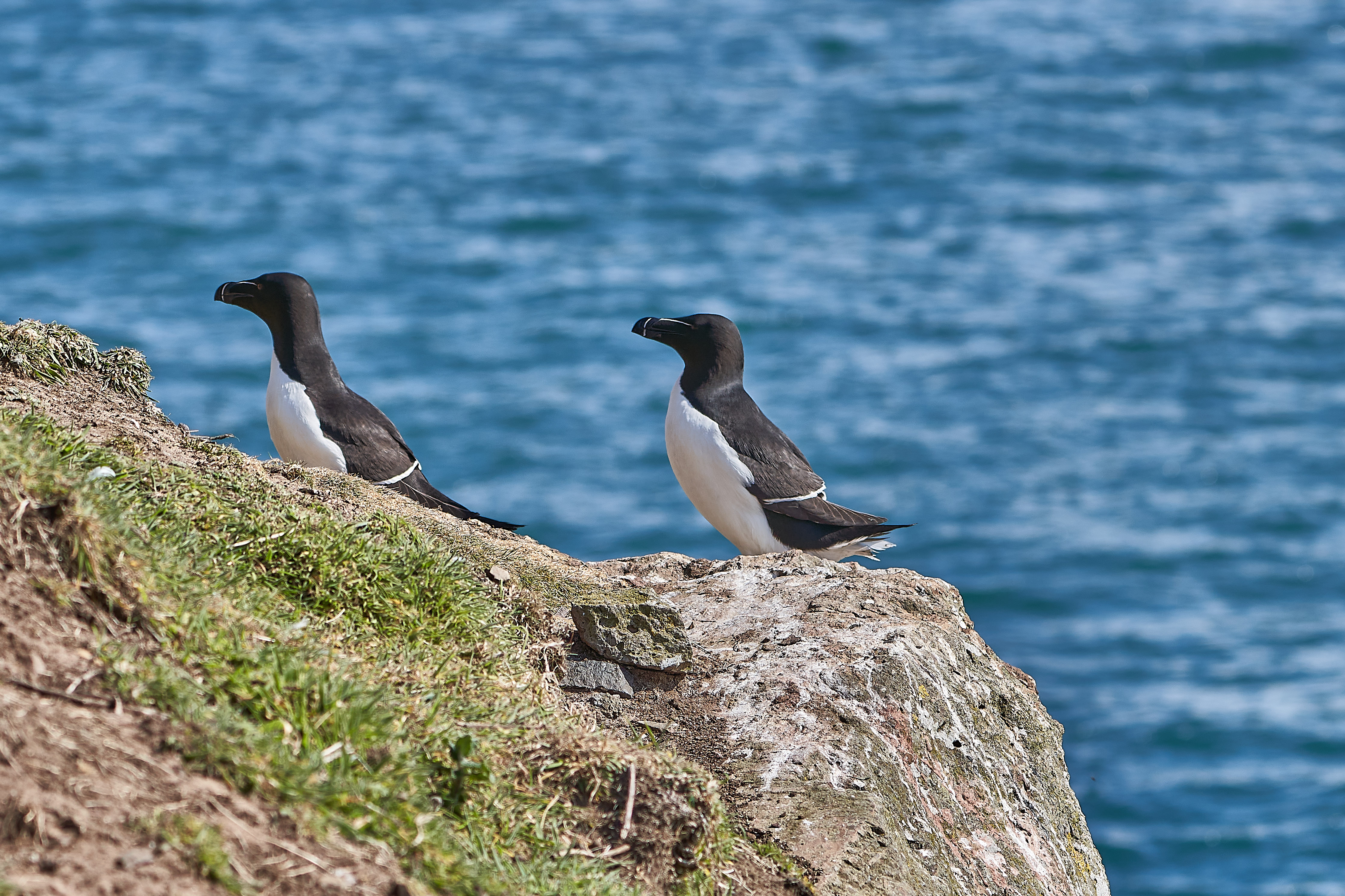 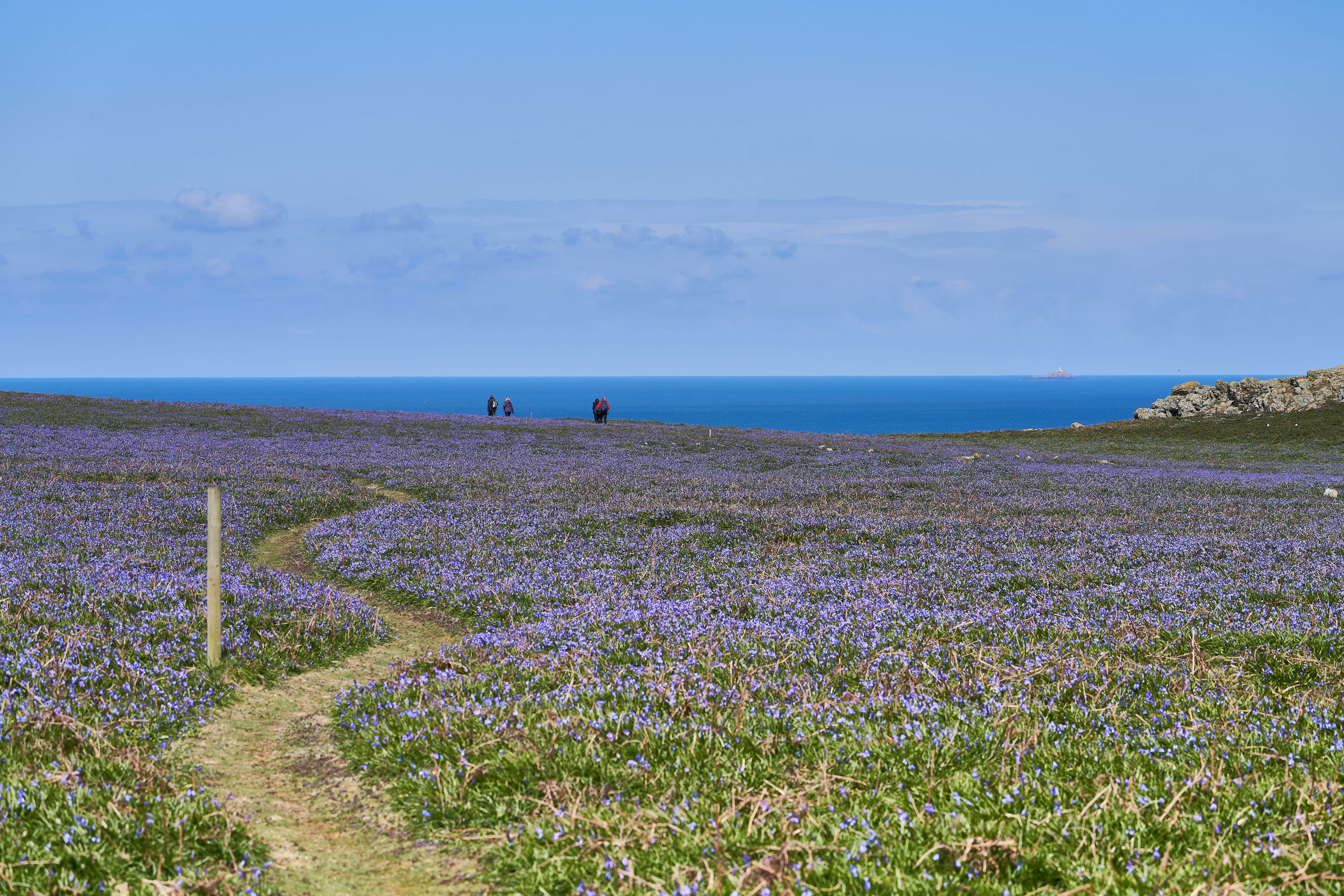 Although the headland at Martin’s Haven has the same geology as Skomer, the deep tide race between them keeps rats, cats and myxomatosis away so the whole feel of the place is different. There are plenty of gulls on the mainland, hut here they are everywhere, fed by the abundance of young rabbits and the carcases of the rabbits and shearwaters. Most of the ground on Skomer is riddled with burrows, many of them, right now beneath my feet, housing Manx Shearwater nests, but many too providing homes for the thousands of rabbits on the island, and the hundreds of Wheatears who have recently arrived to breed. 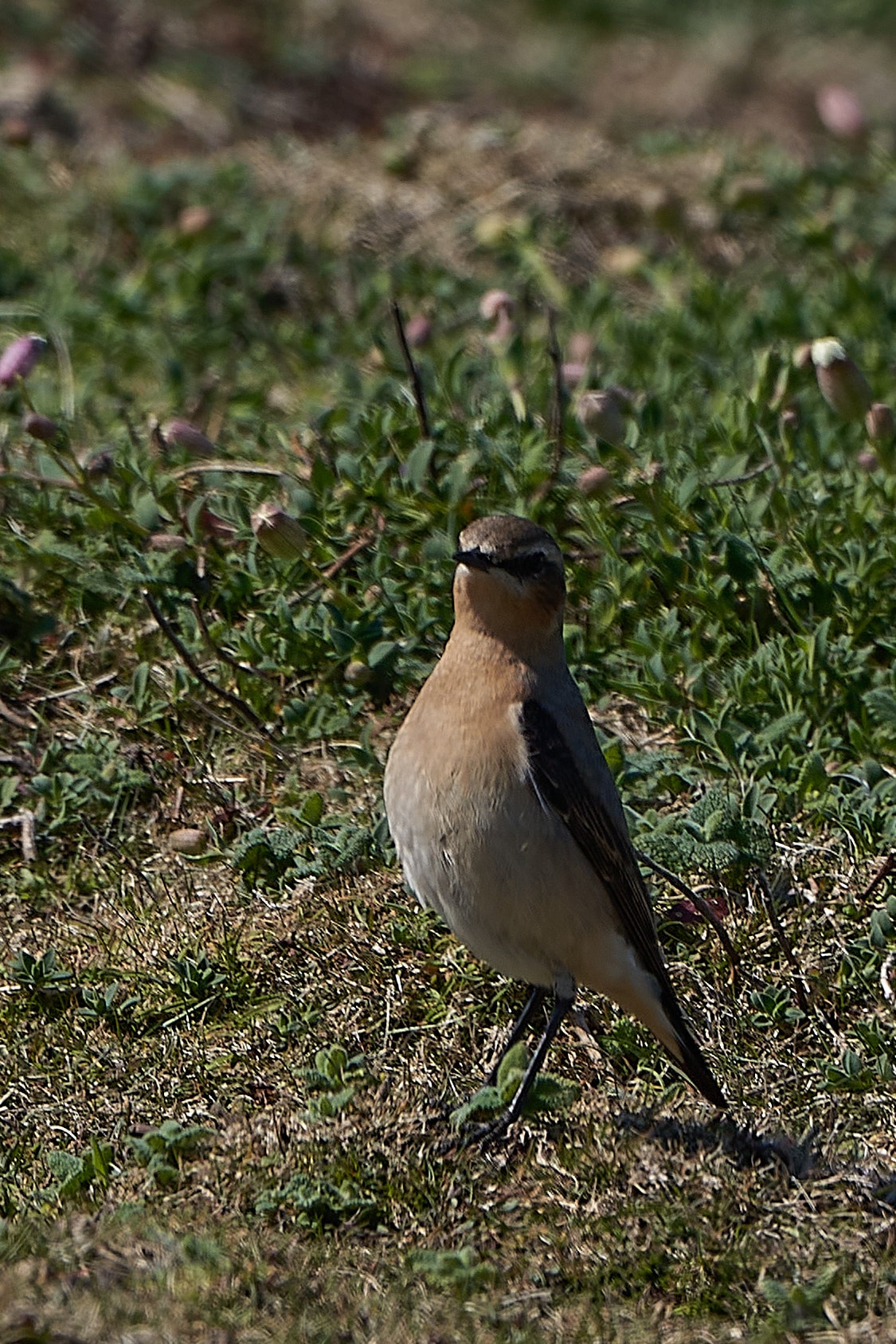 I spotted two Oystercatchers nesting in the middle distance. 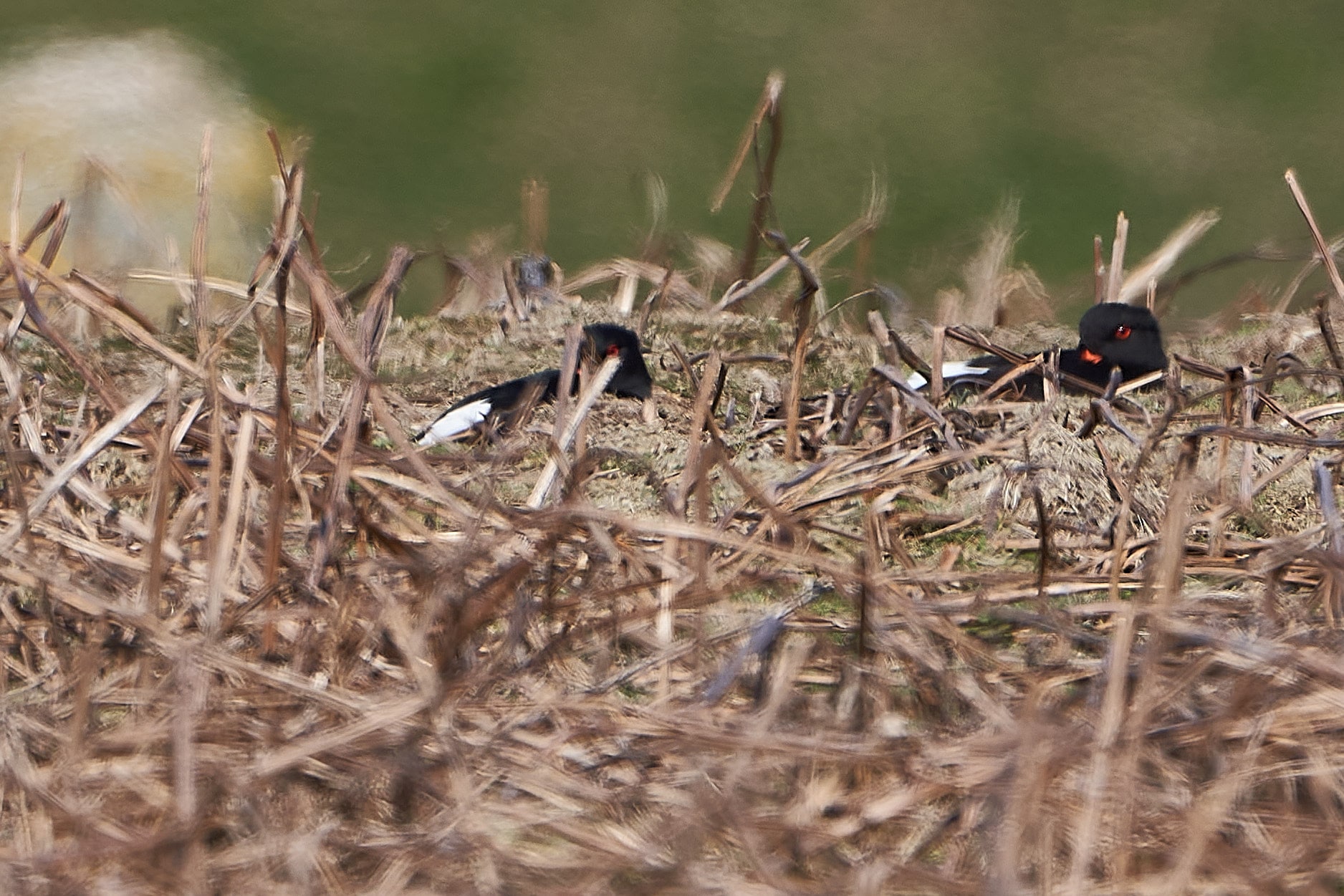 Moving slowly round in the bright sun and cold wind, I arrived at the Bull Hole where there is a big colony of nesting Razorbills and Guillemots, and settled in to eat my lunch and watch. 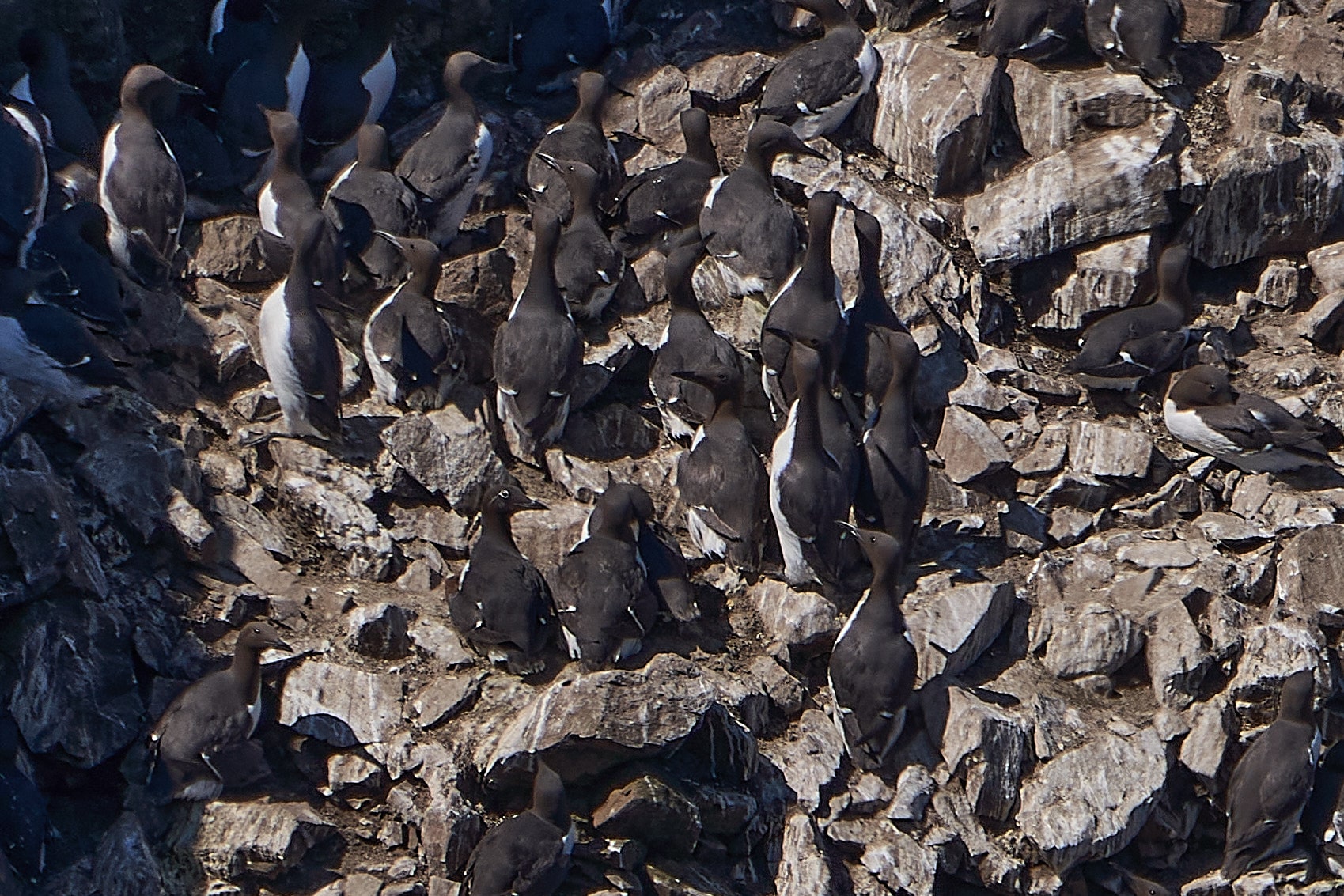 The birds flew in and the birds flew out; no peregrine to stir them up, not even a Kestrel, so after half an hour I walked on to Puffin Central. In truth it was disappointing – much less activity than on previous visits, but I’d never been as early in the season before.  Numbers are apparently up this year so I assume they are mostly sitting on eggs. 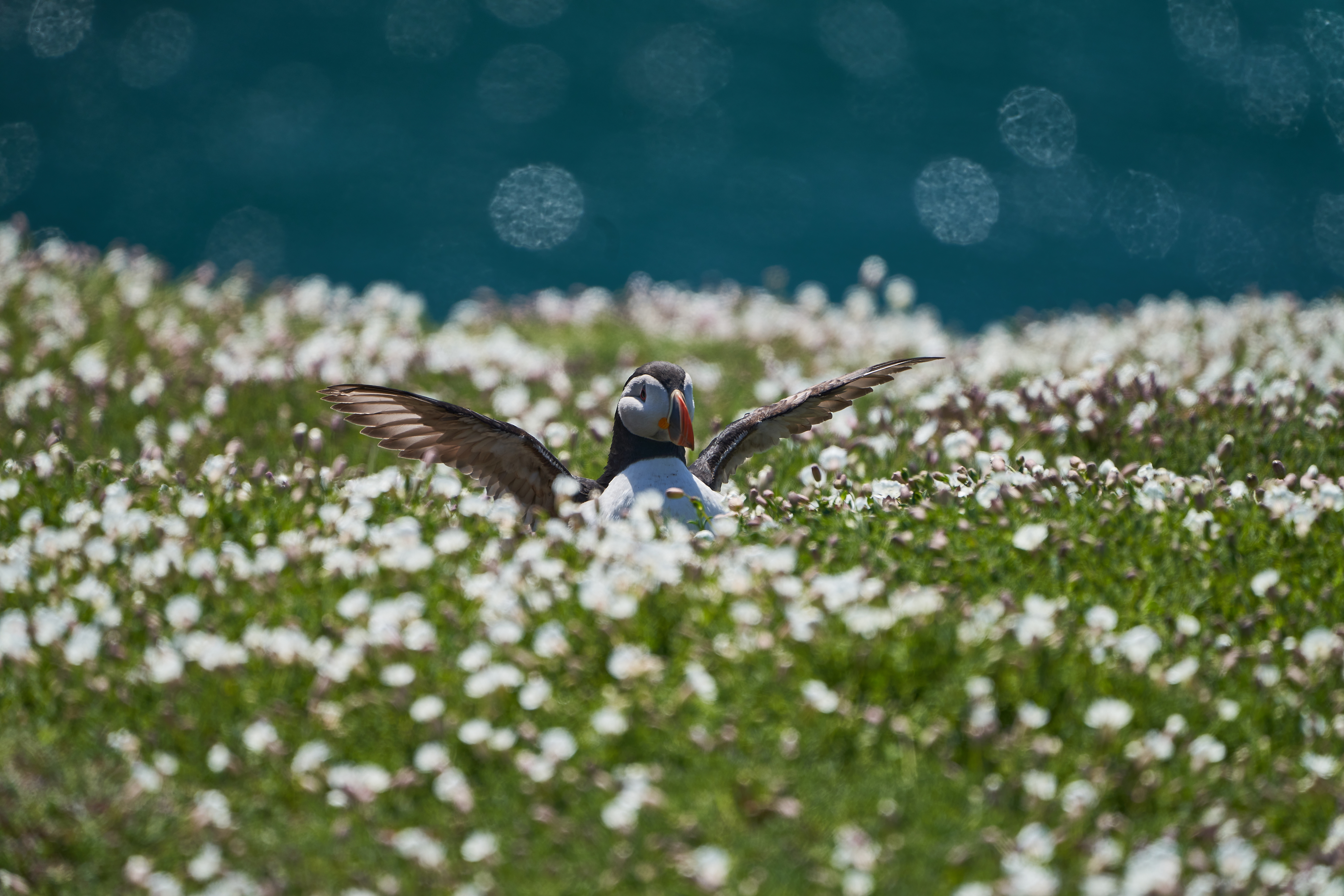 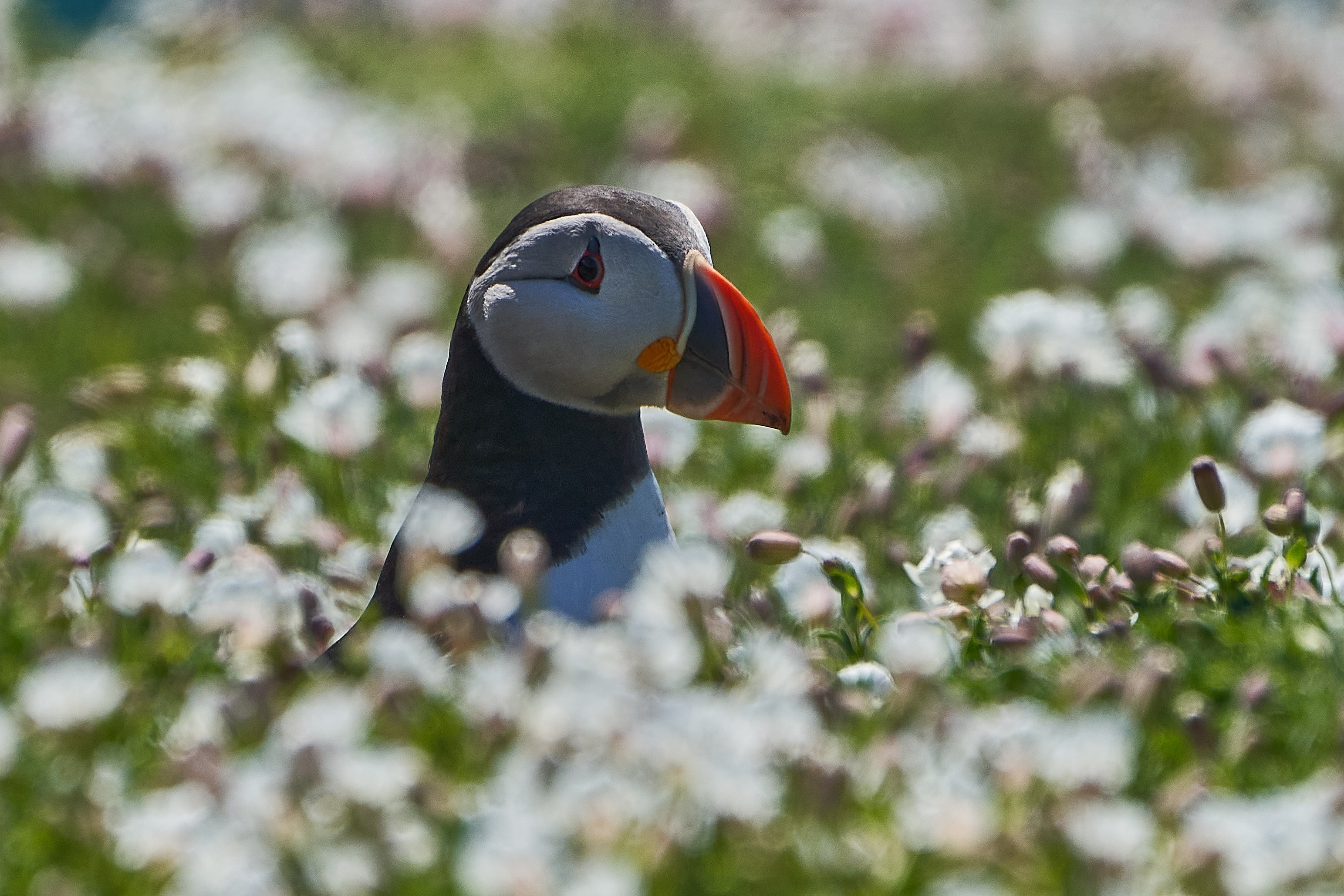 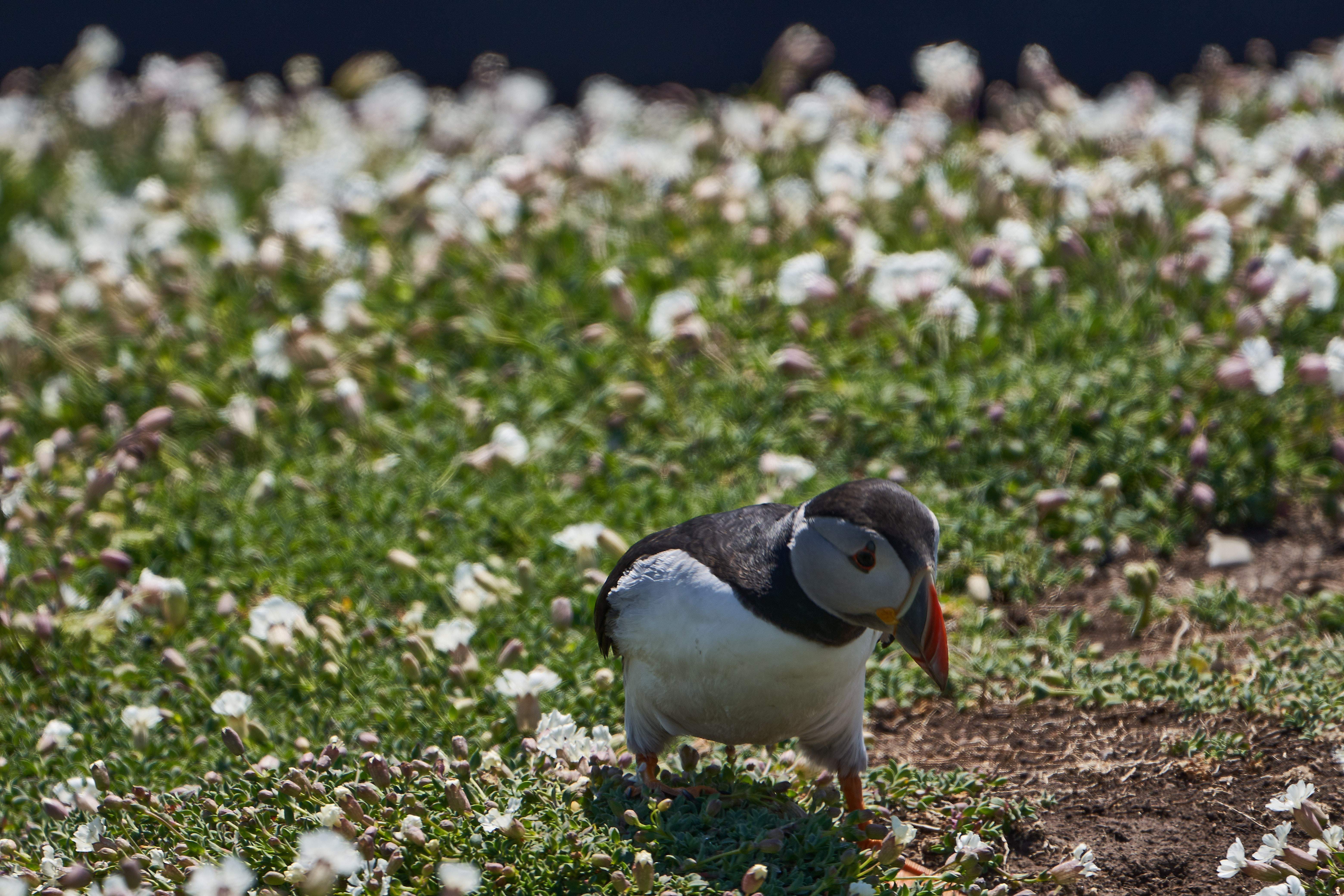 The walk down to the boat offered wonderful views of them swimming, flying and of their characteristic way of landing on water – a headfirst plunge! 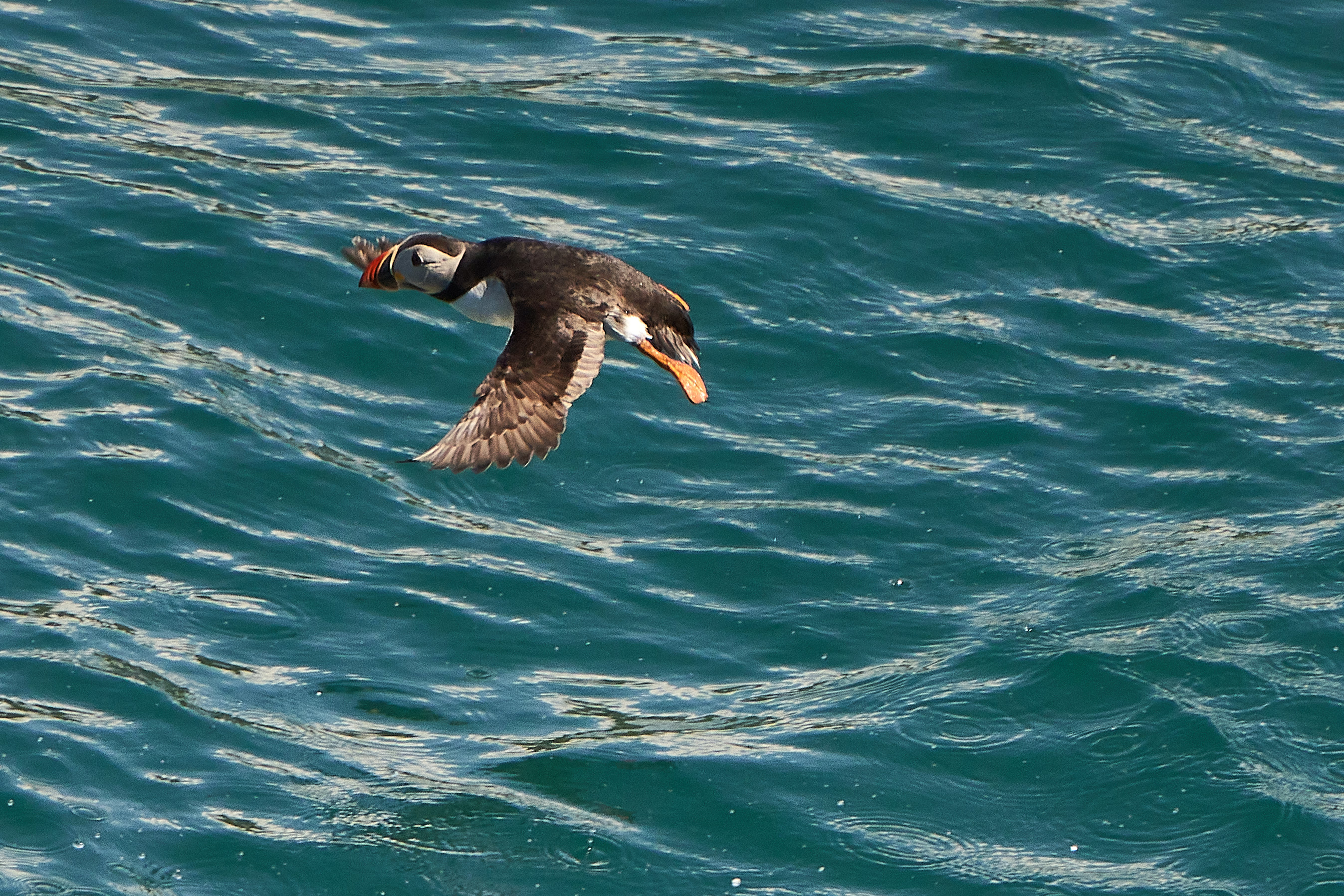 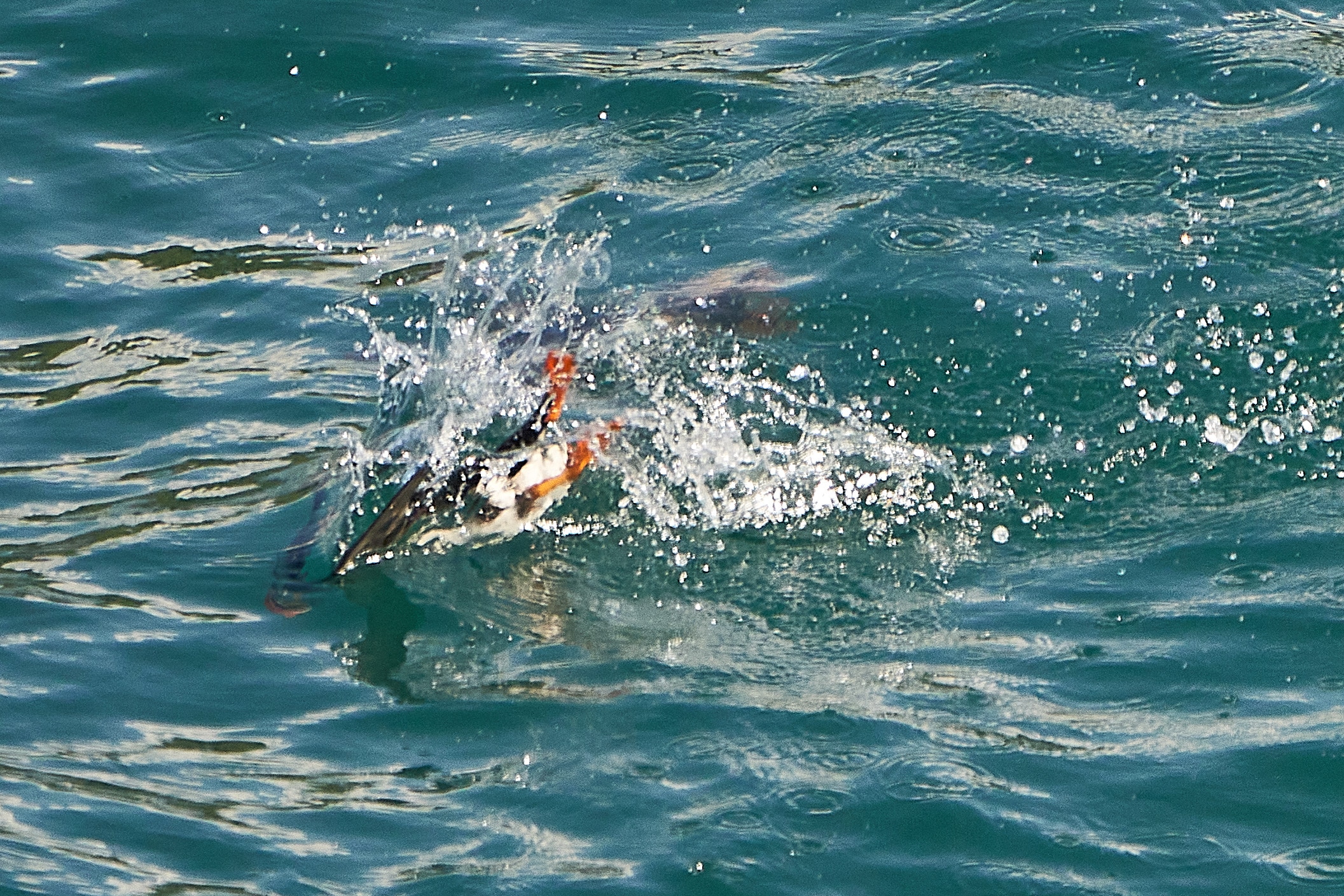 On the boat back, a Herring Gull took up station just above our heads, hanging as if on a string with almost no movement. How strange its feet look close up! It was waiting for something, and soon one of the crew offered it a piece of bread which it took from his hand and flew off. 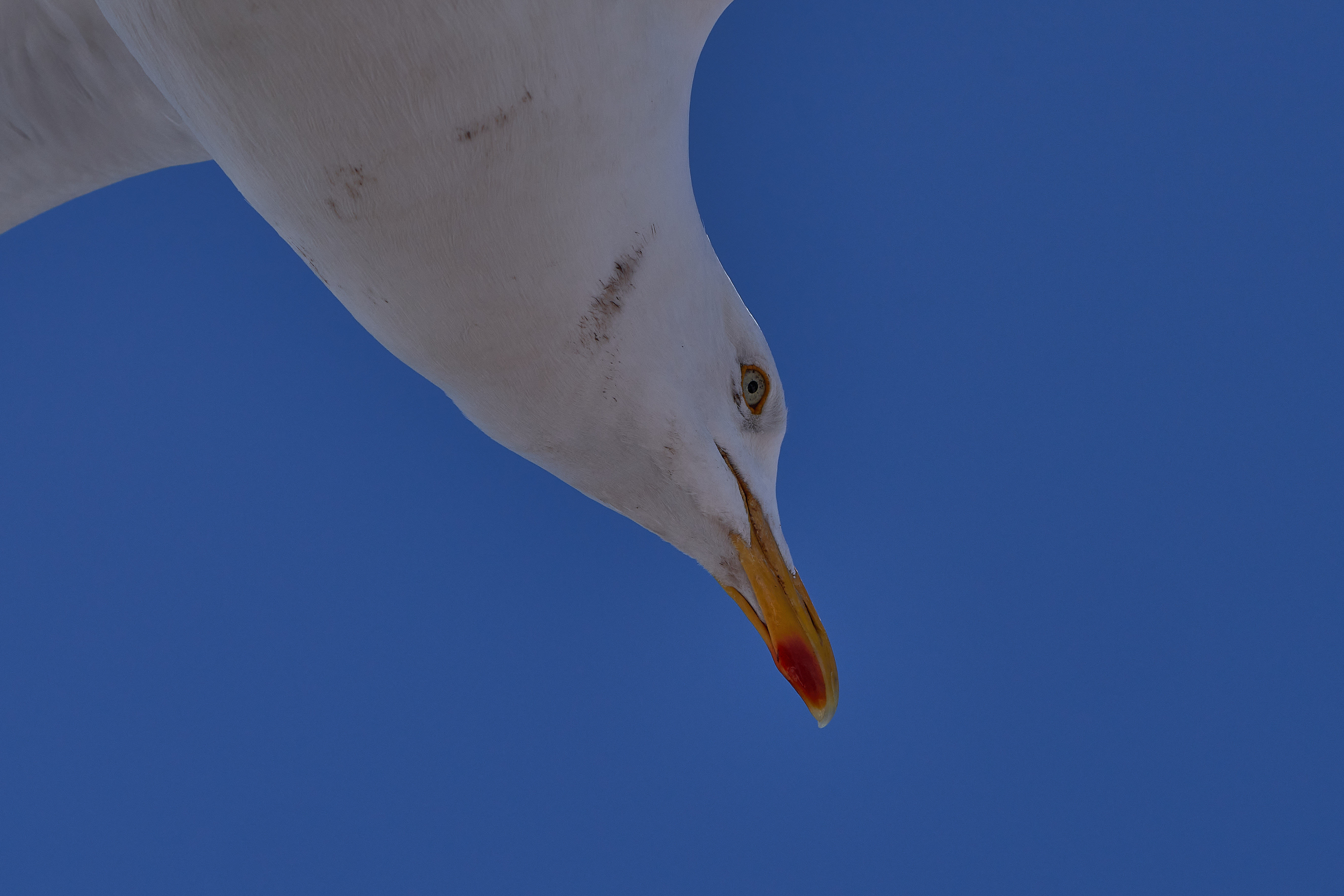 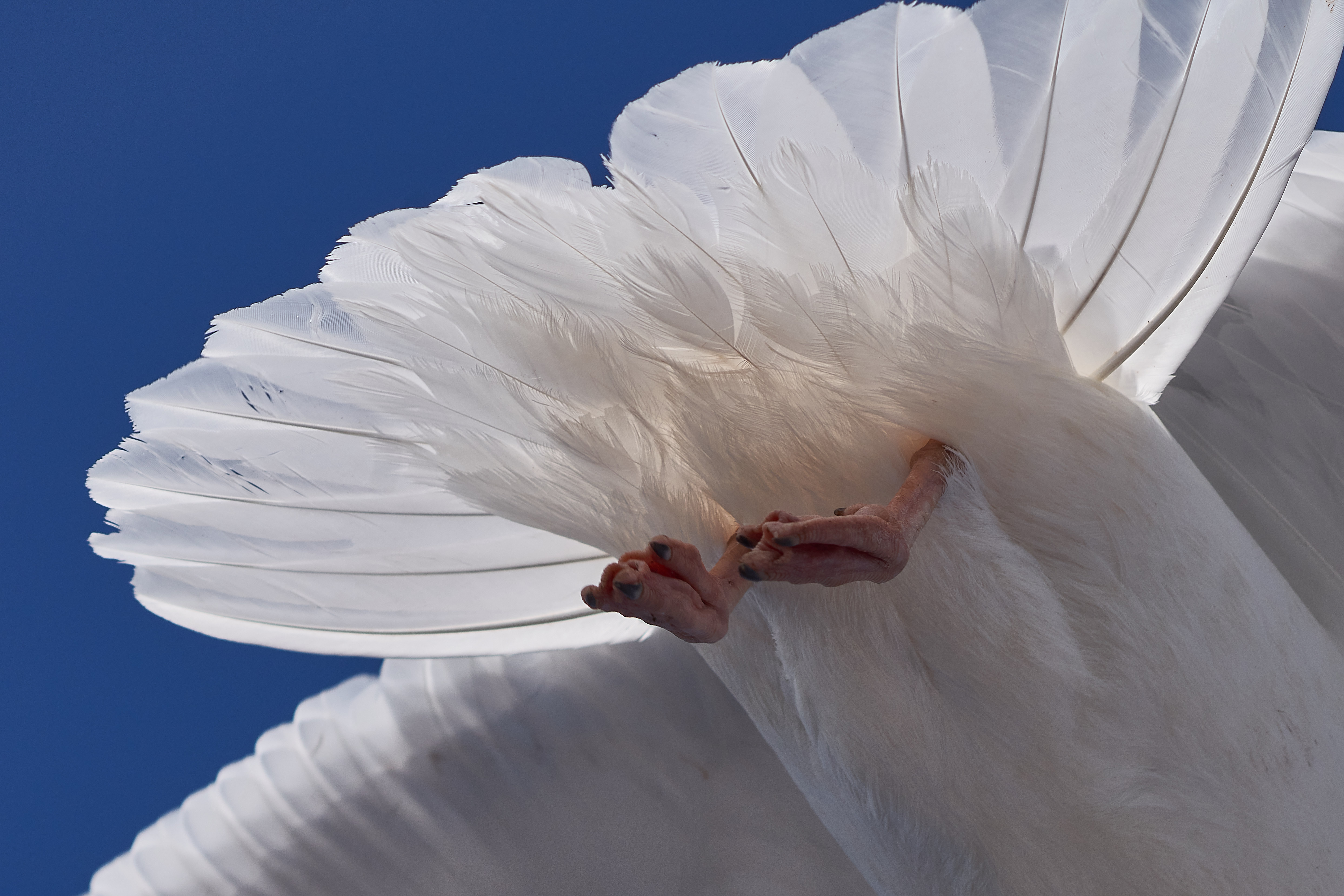 Later in the evening I took my wide angle lens to catch the sun going down along the coast path. 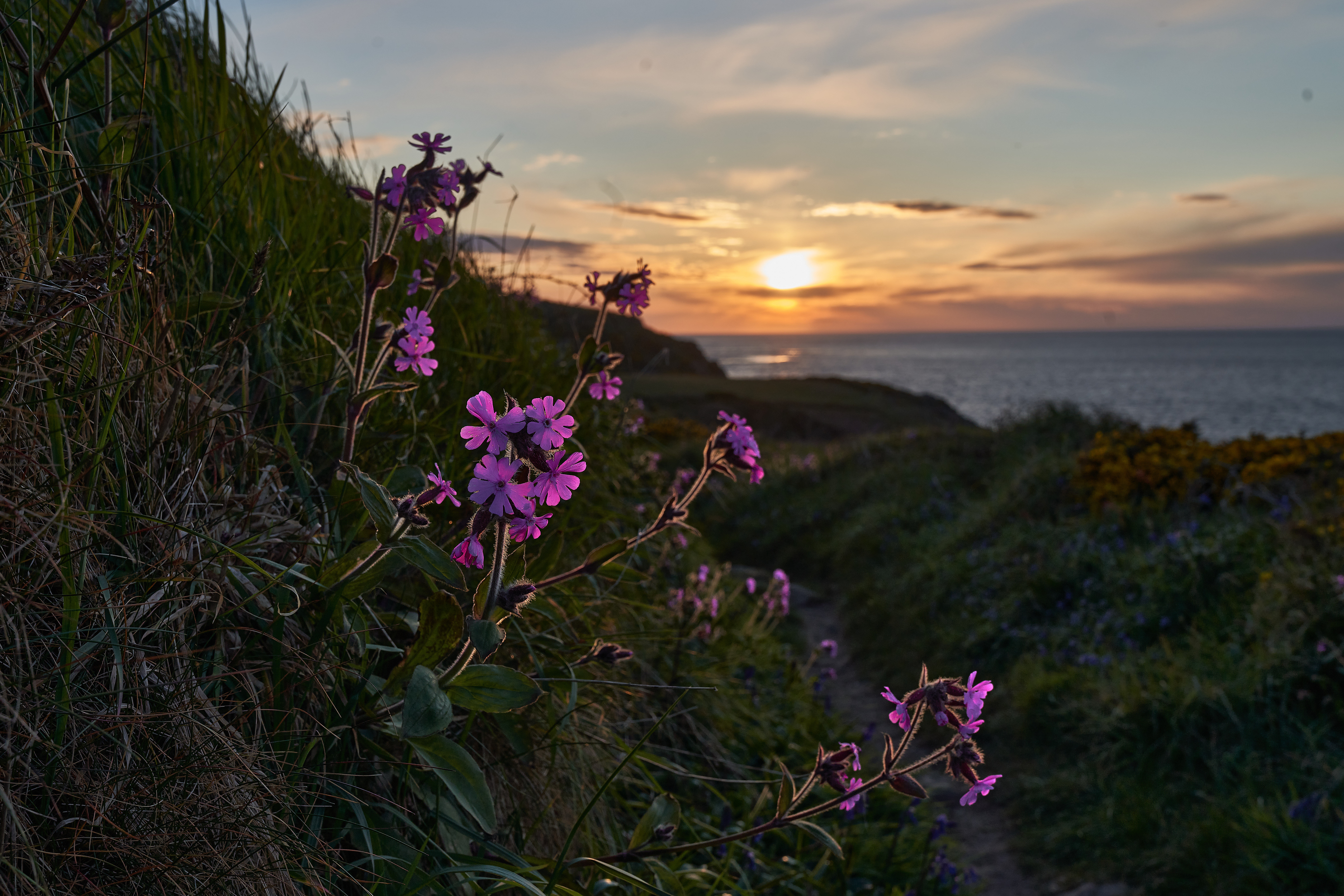 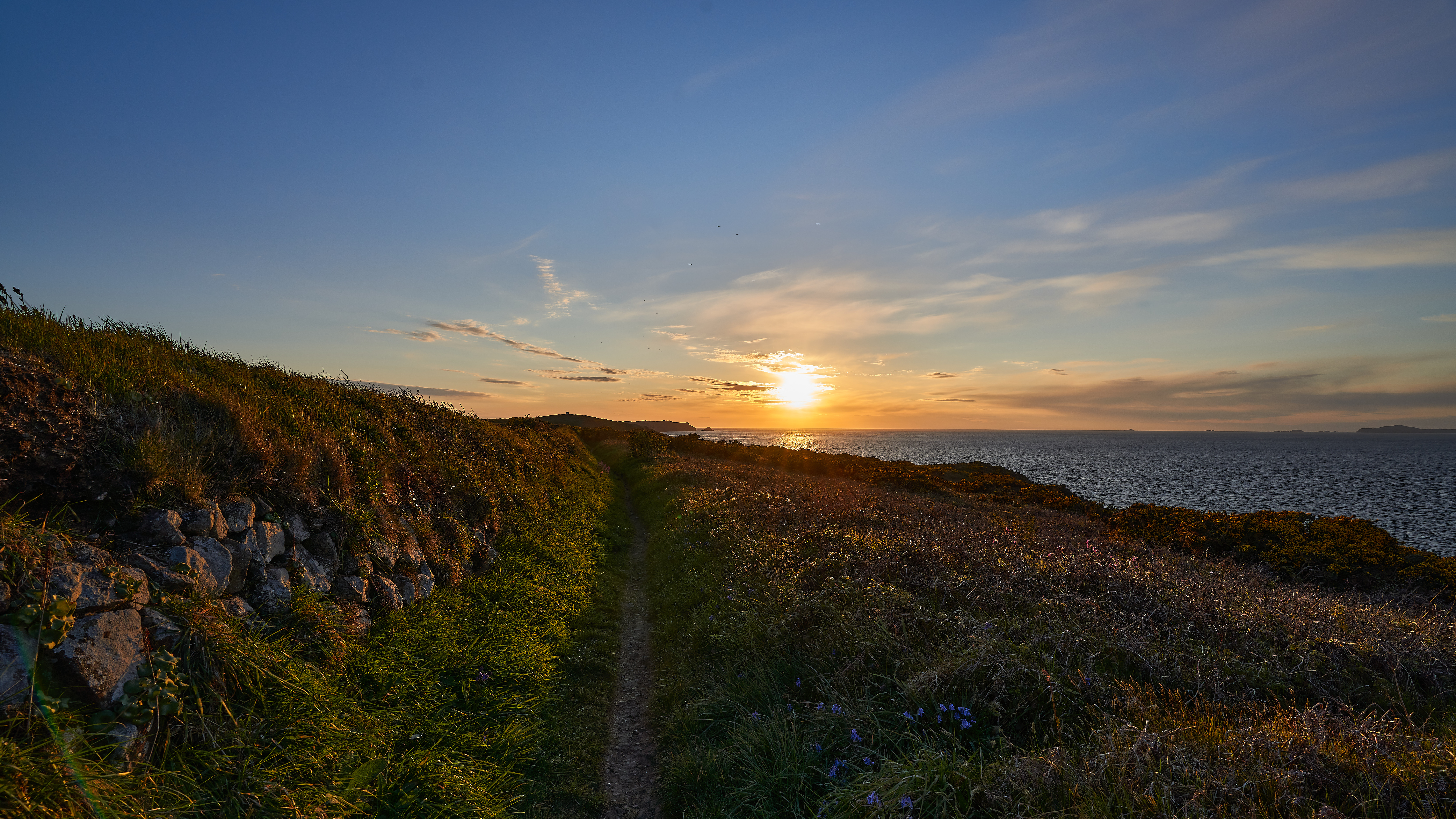 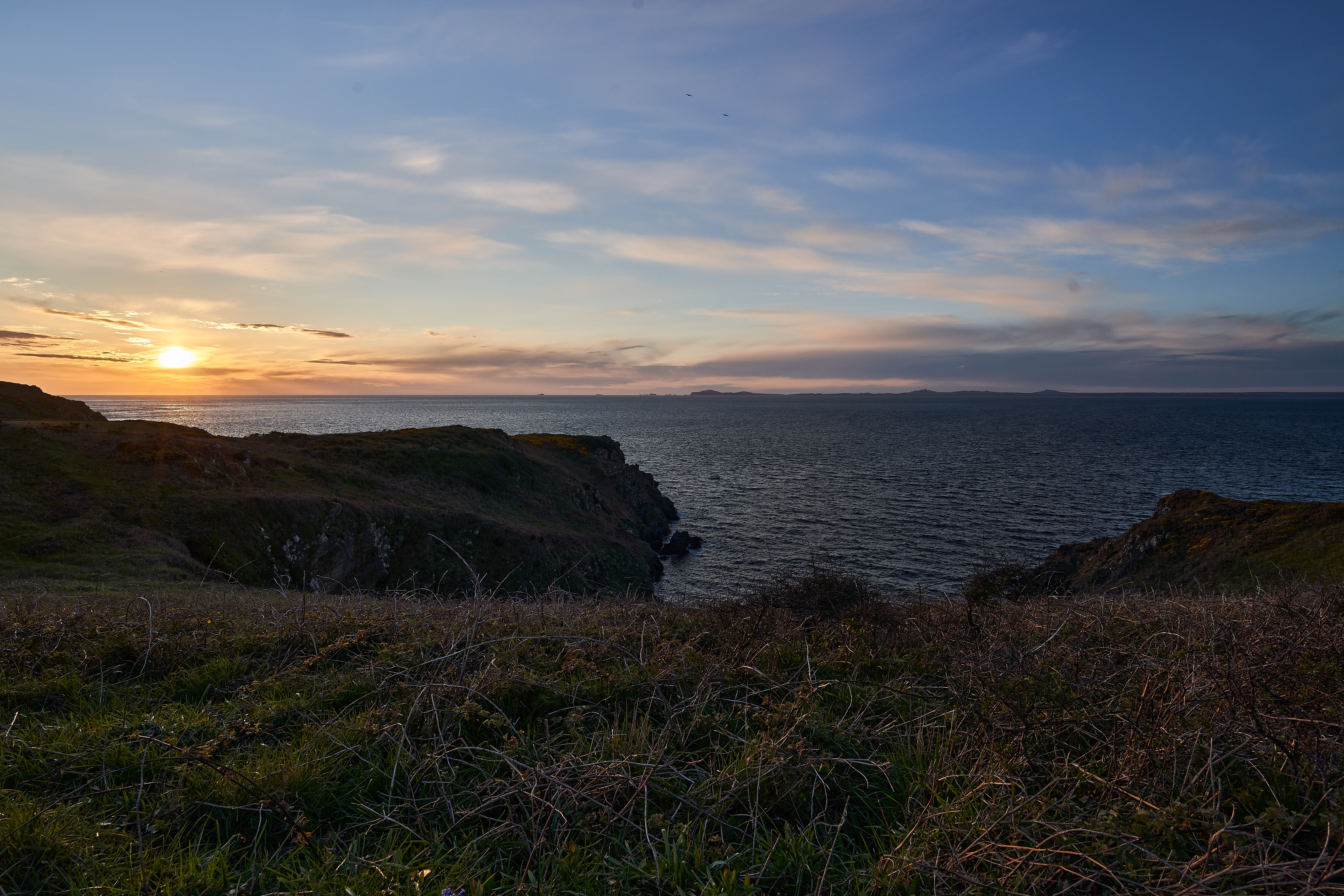 1 Response to When Kissing is in Fashion